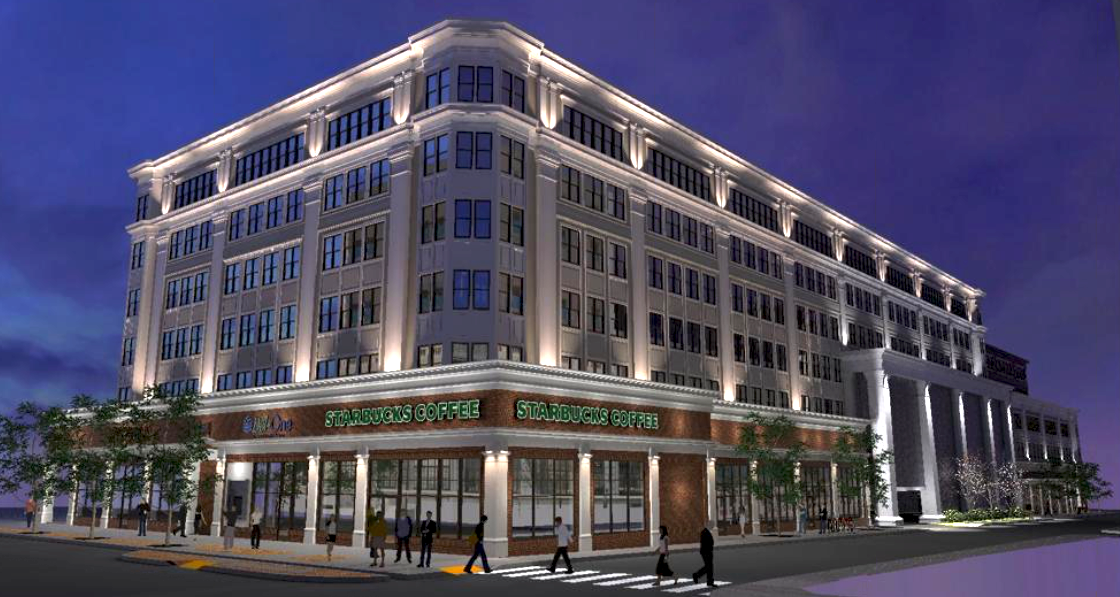 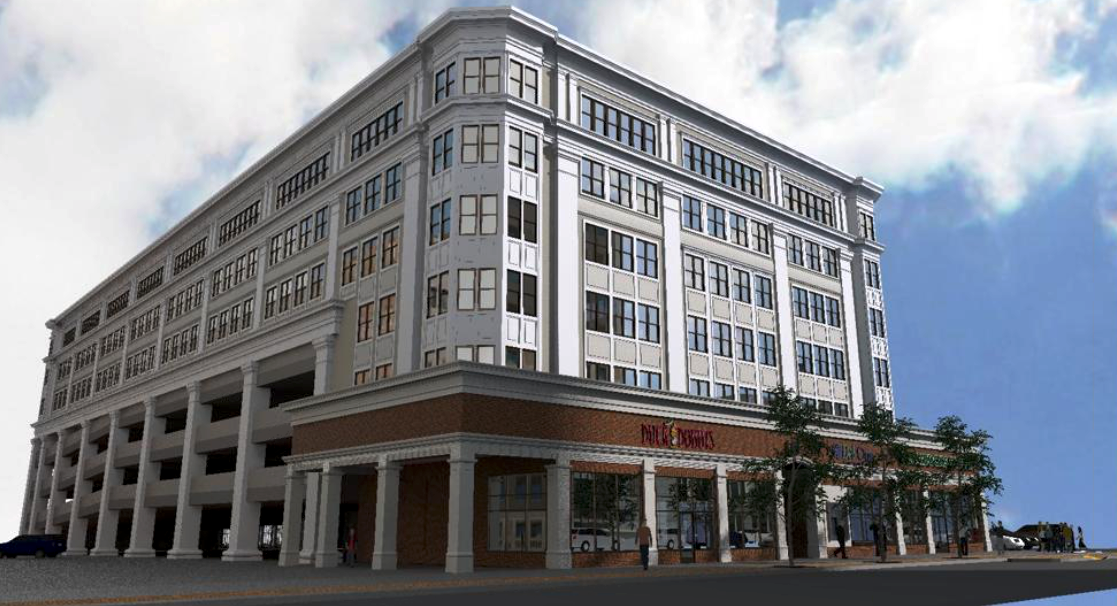 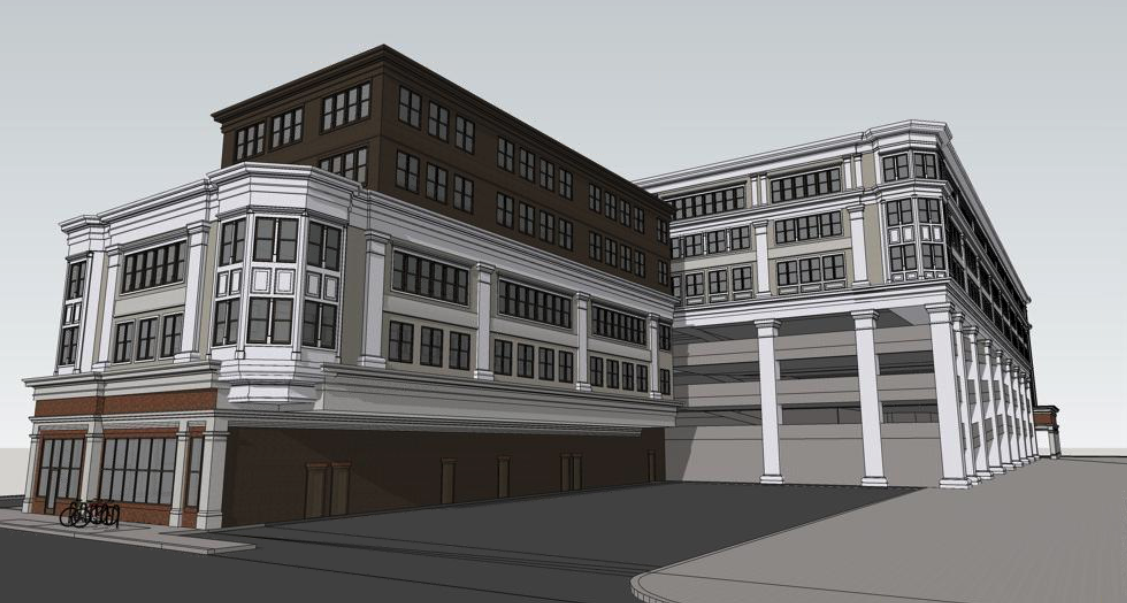 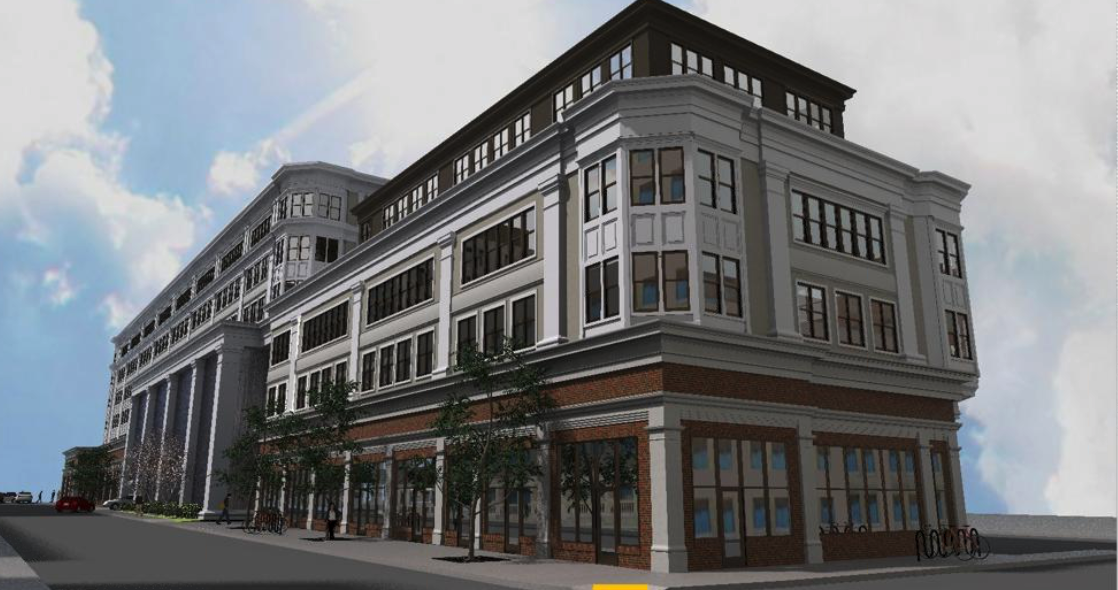 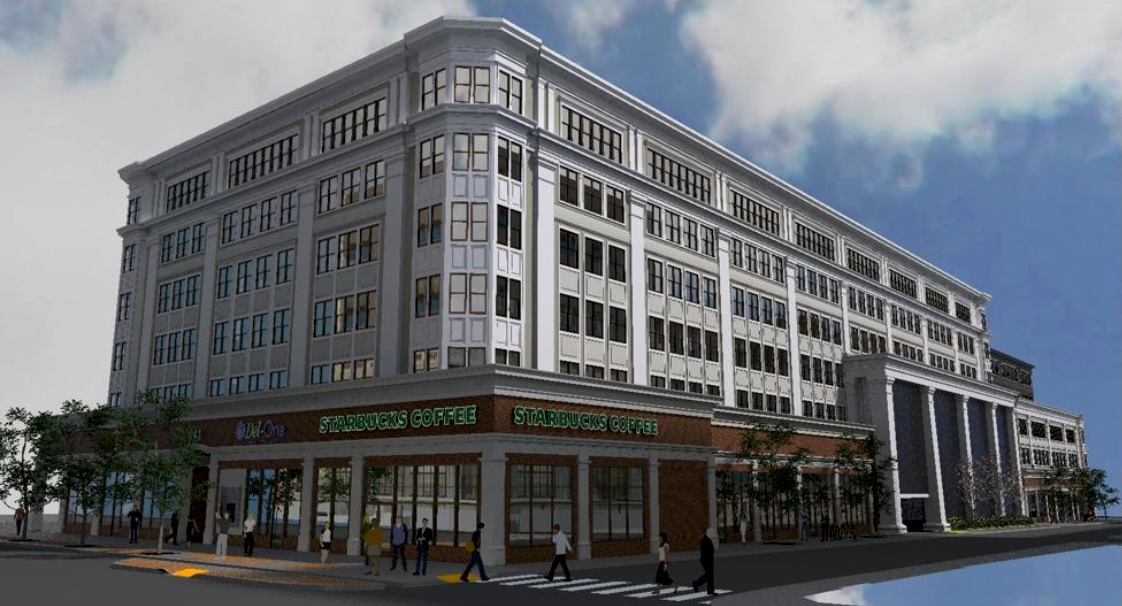 The final vote on a large Main Street development project has been delayed until at least April, a representative of the developer confirmed Monday.

City council was scheduled to vote that night on the six-story, mixed-use building planned for 141 E. Main St., but Newark Main Street Acquisition Company asked that it be removed from the agenda.

Project engineer Alan Hill said the project instead will go back to the planning commission, which in December voted 3-2 to recommend council approve the project.

“It’s really procedural as much as anything. The city made a change in the way they interpret building setbacks, so that changes a little bit of what was on the recommendation for council,” Hill said.

No major changes to the proposal are planned, he added.

The plan calls for a six-story, 17,500-square-foot building that will extend all the way back to Delaware Avenue. The Duck Donuts and Starbucks/Del-One space will be incorporated into the new building with a new façade – meaning the iconic Post House building, now occupied by the doughnut shop, will essentially disappear – while the Wooden Wheels space and the Simon Eye building will be demolished.

The new building will include first-floor retail fronting on Main Street and retail or office space fronting on Delaware Avenue. The three existing tenants are expected to stay.

It will also include a four-story parking garage and 60 two-bedroom student apartments on the upper floors. With four students allowed in each apartment, that equates to 240 new beds.

The parking garage will have 221 spaces. Some will be reserved for residents, while others will be allocated for public parking and managed by the city.

The building will be 78 feet tall, meaning it will dwarf nearly every other structure on Main Street. The Washington House is 65 feet, the One Easton apartment complex at Newark Shopping Center is 75 feet and Lang Development Group’s hotel will be 79 feet.

Hill said the decision to delay the project was not related to the council’s recent vote to reject an unrelated development project that was proposed for less than a block away. On Feb. 8, council voted down George Danneman’s proposal for a five-story, mixed-use building at 132 E. Main St. due to concerns about a lack of parking.

The revised 141 E. Main St. proposal will be re-heard by the planning commission April 6, with a vote by city council to follow a few weeks later.