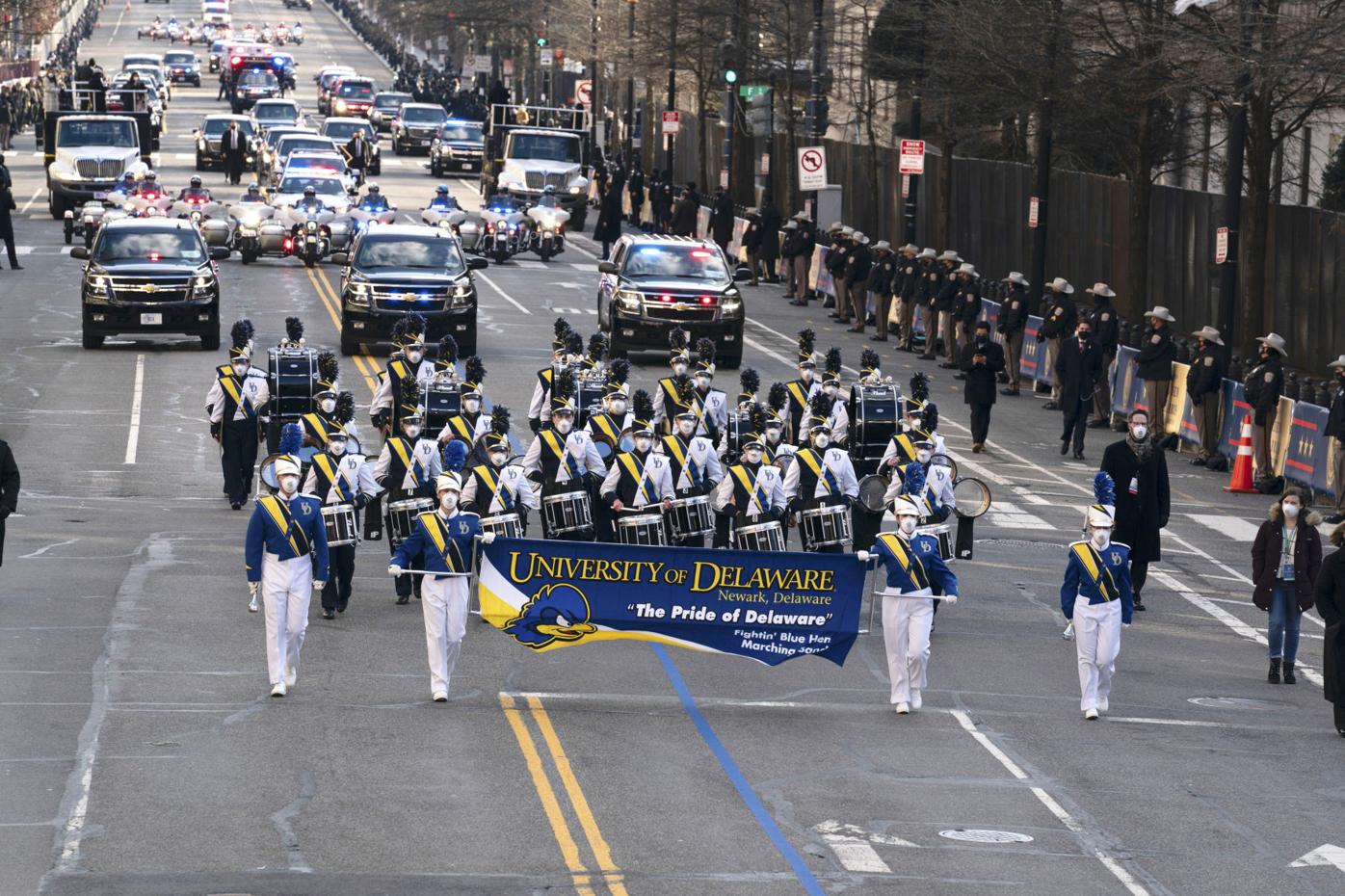 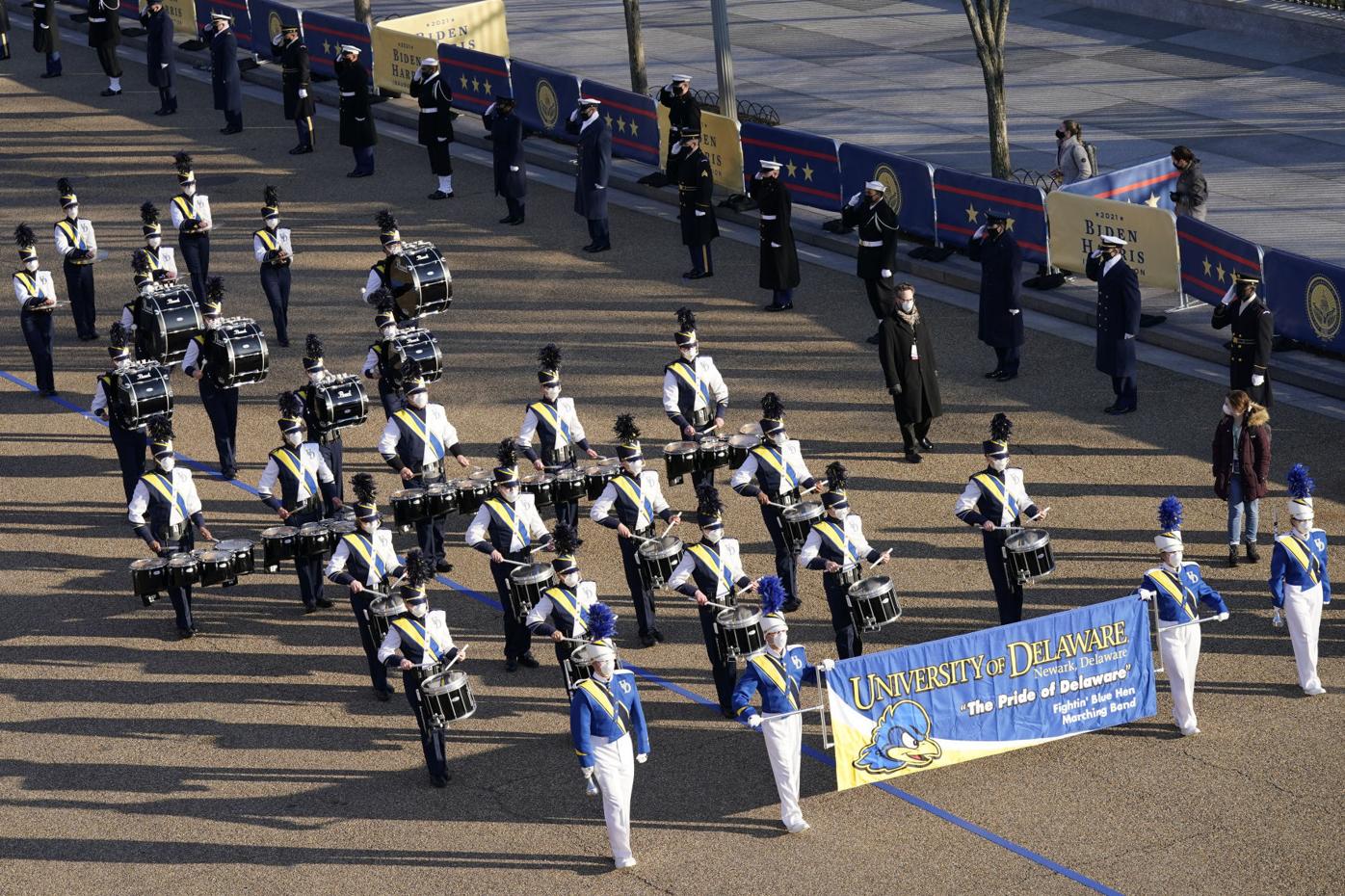 The University of Delaware drumline marches near the White House during the Presidential Escort, part of Inauguration Day ceremonies, on Wednesday. 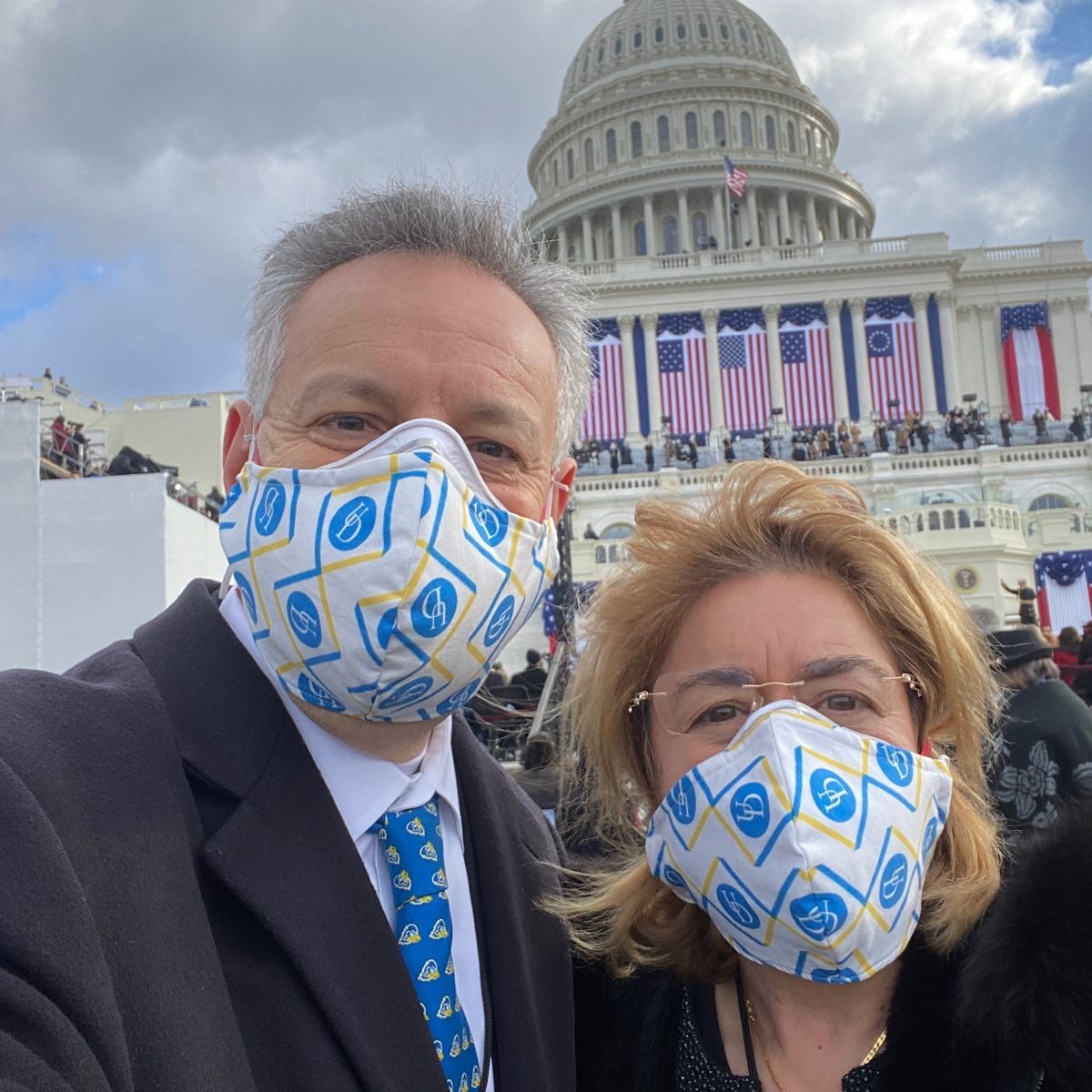 The University of Delaware drumline marches near the White House during the Presidential Escort, part of Inauguration Day ceremonies, on Wednesday.

President Joe Biden wasn’t the only one with University of Delaware ties who participated in Wednesday’s inauguration.

The UD Marching Band’s drumline performed in the presidential escort to the White House. The escort was in place of the traditional inaugural parade, which couldn’t be held due to the pandemic.

“Members of the UD marching band have experienced many emotions since we received our invitation to be part of the Presidential escort. It’s not just an honor; it’s also quite humbling,” Band Director Heidi Sarver said in a prepared statement. “Being able to participate in this American tradition first-hand is incredibly meaningful for our students. This particular Inauguration is very personal to our Blue Hens as we celebrate our alum, President-elect Joe Biden, as the new leader of the free world. What an amazing moment for the UD community, and for our country.”

The UD contingent included 35 band members, including some recent graduates. They performed two selections – “Blue Hen Cadence” composed by Assistant Band Director Jim Ancona, and another piece composed by the band’s former graduate assistant, Eric Carr, who is now a member of the United States Marine Drum and Bugle Corps.

The UD drumline was one of just two civilian groups participating in the presidential escort, along with the drumline from Howard University, which is Vice President-elect Kamala Harris’ alma mater. The escort also included several military bands.

The UD band also participated in the 2009 inauguration, when Barack Obama was sworn in as president and Biden was sworn in as vice president. That year, 275 band members made the trek to Washington, D.C., and marched in the inaugural parade.

UD President Dennis Assanis, who attended the inauguration with his wife, Eleni, called the band’s invitation to Wednesday’s ceremony a “tremendous honor.”

“We are excited to share our UD pride with the world, and we will all be cheering on our students as they help celebrate this amazing milestone for a fellow Blue Hen,” Assanis said in a prepared statement.