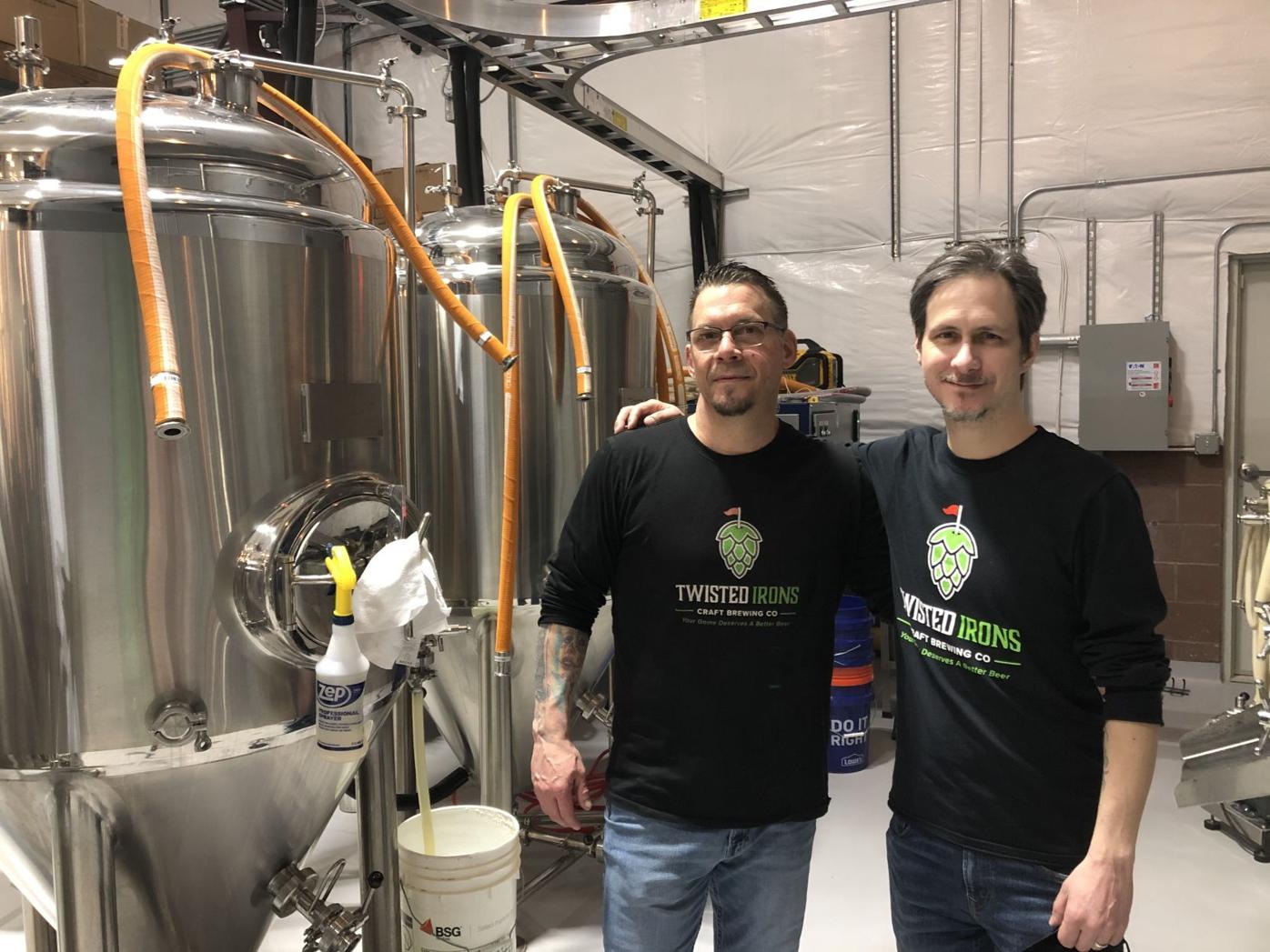 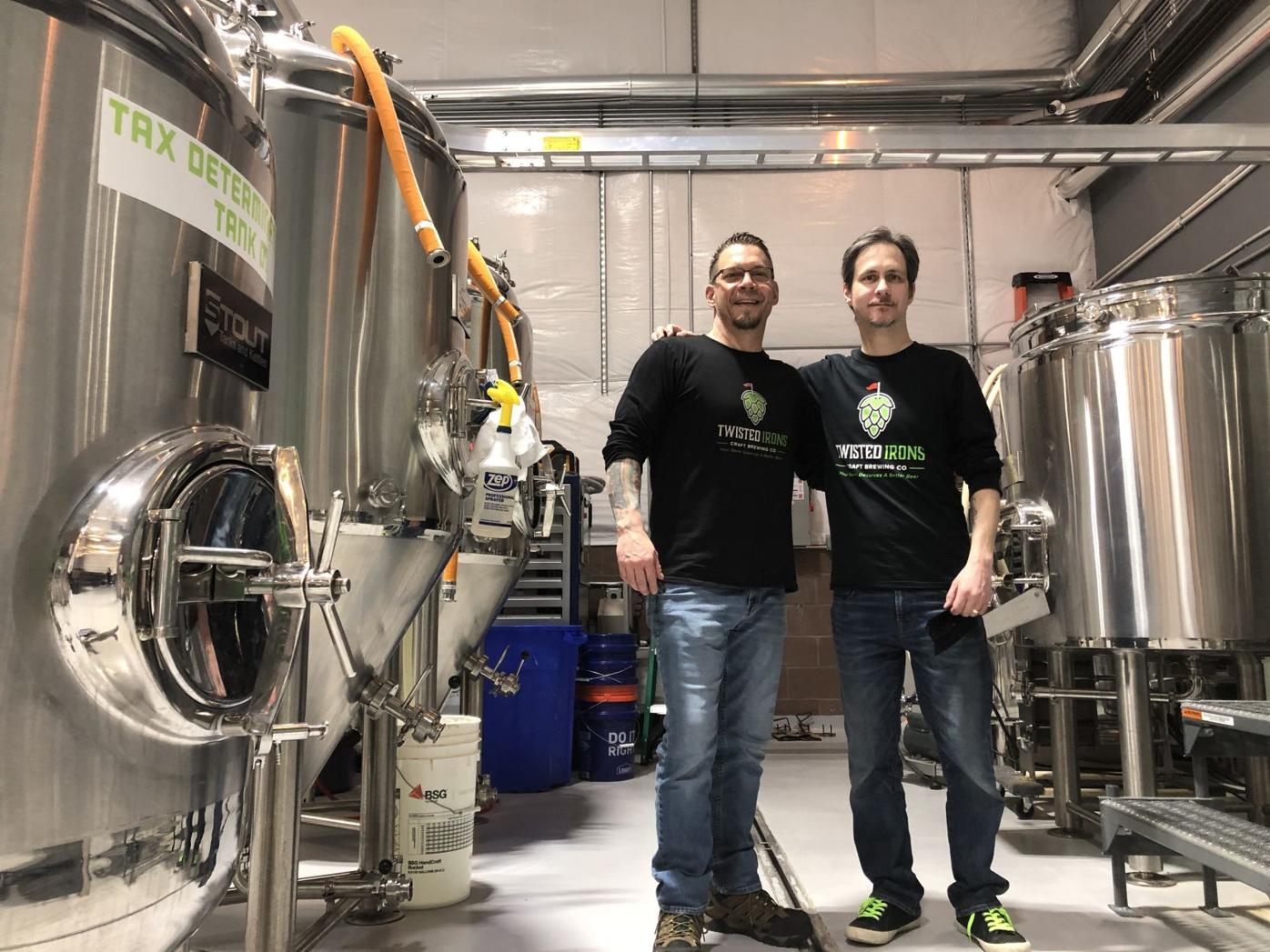 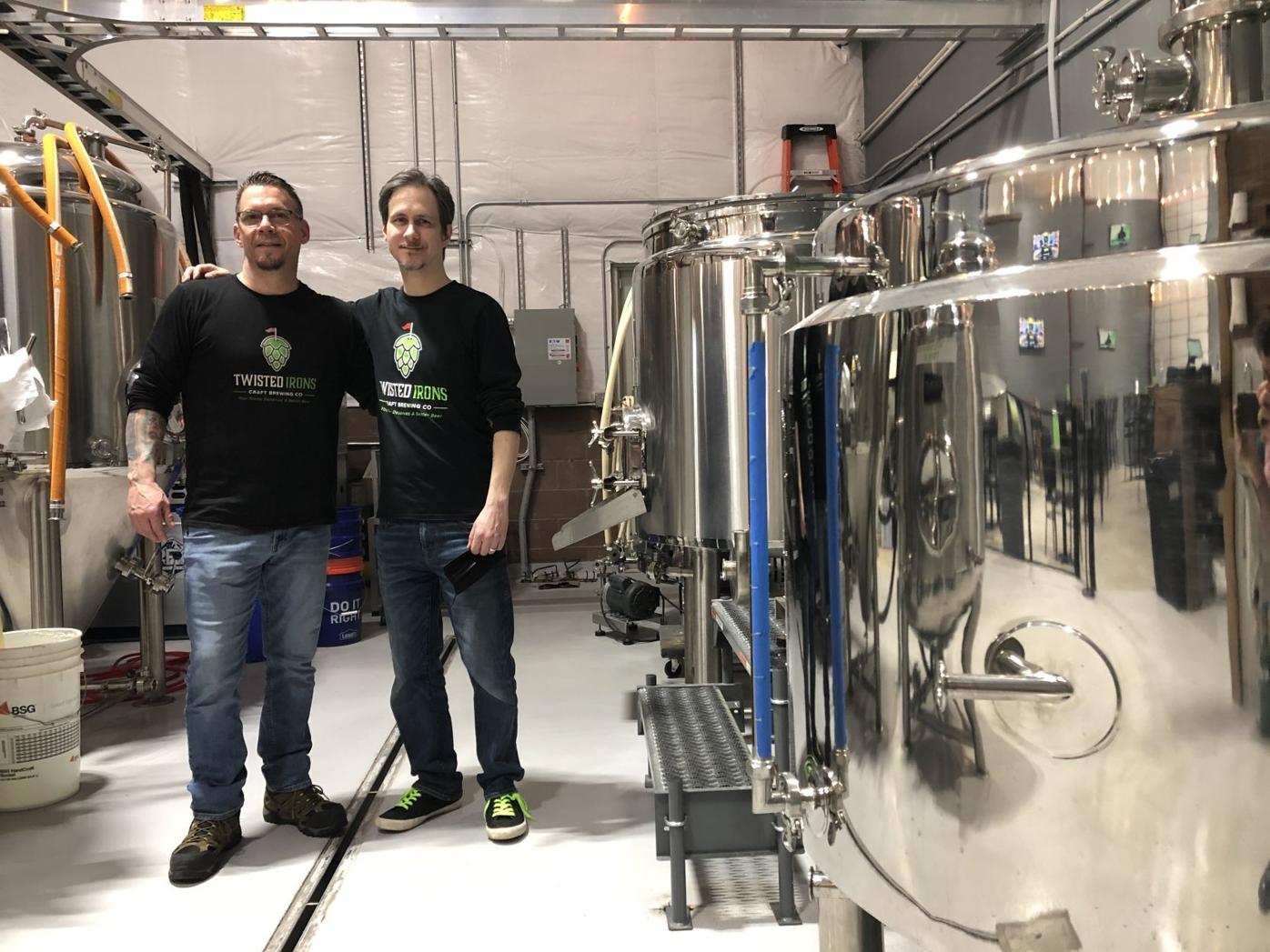 The Newark area’s newest craft brewery, Twisted Irons Brewery, is an idea almost two decades in the making, as two friends turned a hobby into a business.

The bar celebrated its grand opening on March 26, opening at half capacity for reservation only. Located in a warehouse at 303 Ruthar Drive, Twisted Irons was fully booked for all three days of its opening weekend.

Co-founders Dave Markle and Matt Found have been friends for over 20 years. Found enjoyed brewing his own beer, and in the early 2000s, they thought about opening a bar to showcase his work. The explosion in craft brewing over the past 10 years gave them the confidence needed to make an idea into reality.

They currently offer five beers: a German wheat beer, an IPA, Irish stout, blueberry saison, and an English bitter. The bar offers a flight so patrons can try every beer on the menu.

Found said he hopes to continue to focus on lesser-known types of beer.

The duo said they chose the diverse opening menu to expose drinkers to a wider array of beers than the IPA’s and sours that often dominate craft breweries.

“How many people have actually ever heard of an English-style bitter,” said Markle. “It’s thousands of years old. And to bring that into the tastebuds of people, I think it’s important.”

Twisted Irons also offers liquid flavorings, like apricot or raspberry, that customers can ask to add to a beer.

Markle and Found hosted two 50-person taste parties at Found’s house to see if the concept would work and determine what beers to sell. All guests ranked beers based on aroma, mouthfeel and other factors. In 2019, they incorporated the name “Twisted Irons.” In January, they signed the lease on their location in a light industrial zone on Ruthar Drive.

They picked the location since the large parking lot enables them to host food trucks. They chose the Newark area for its proximity to residential areas, businesses and the University of Delaware.

The owners designed the main wood bar area themselves. It’s a rustic centerpiece that helps give a homey feel to the warehouse space. In the corner, there’s a couch and table games to provide something different for patrons not interested in watching a sports game on TV.

The brewery has one wall with two golf clubs on it, which the duo hopes to one day turn into a monument to the anger of the golf course and a reminder of the meaning of the bar’s name.

“What we plan to do there is have a wall of shame,” Found said. “So people who want to bring in clubs that they broke while angry on the course can put it up and add to the vibe.”

The bar partnered with Capriotti’s and Second Kitchen to provide food. A customer can scan a barcode, and then food is brought to their table.

The two continue to work full-time jobs while running the brewery.

“I don’t sleep very much anymore,” Found said. “It’s amazing how much time you can squeeze out of the day when you’re really focused and driven. We both like this. We enjoy every aspect of what we’re doing. When I’m brewing, I’ll lose track of hours at a time.”

The first concert at the bar, an acoustic set by John Delarm, is planned for April 9 at 7 p.m.