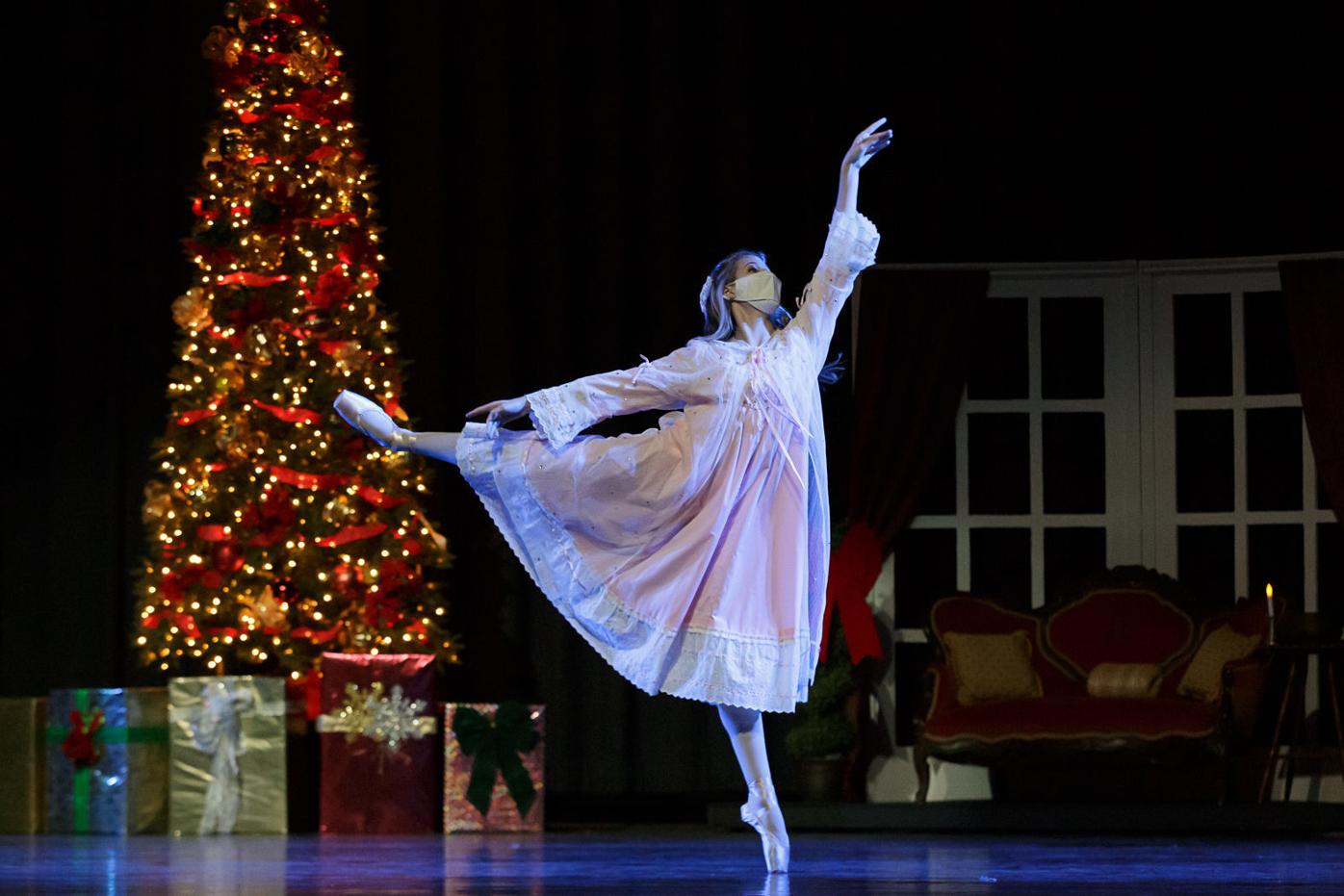 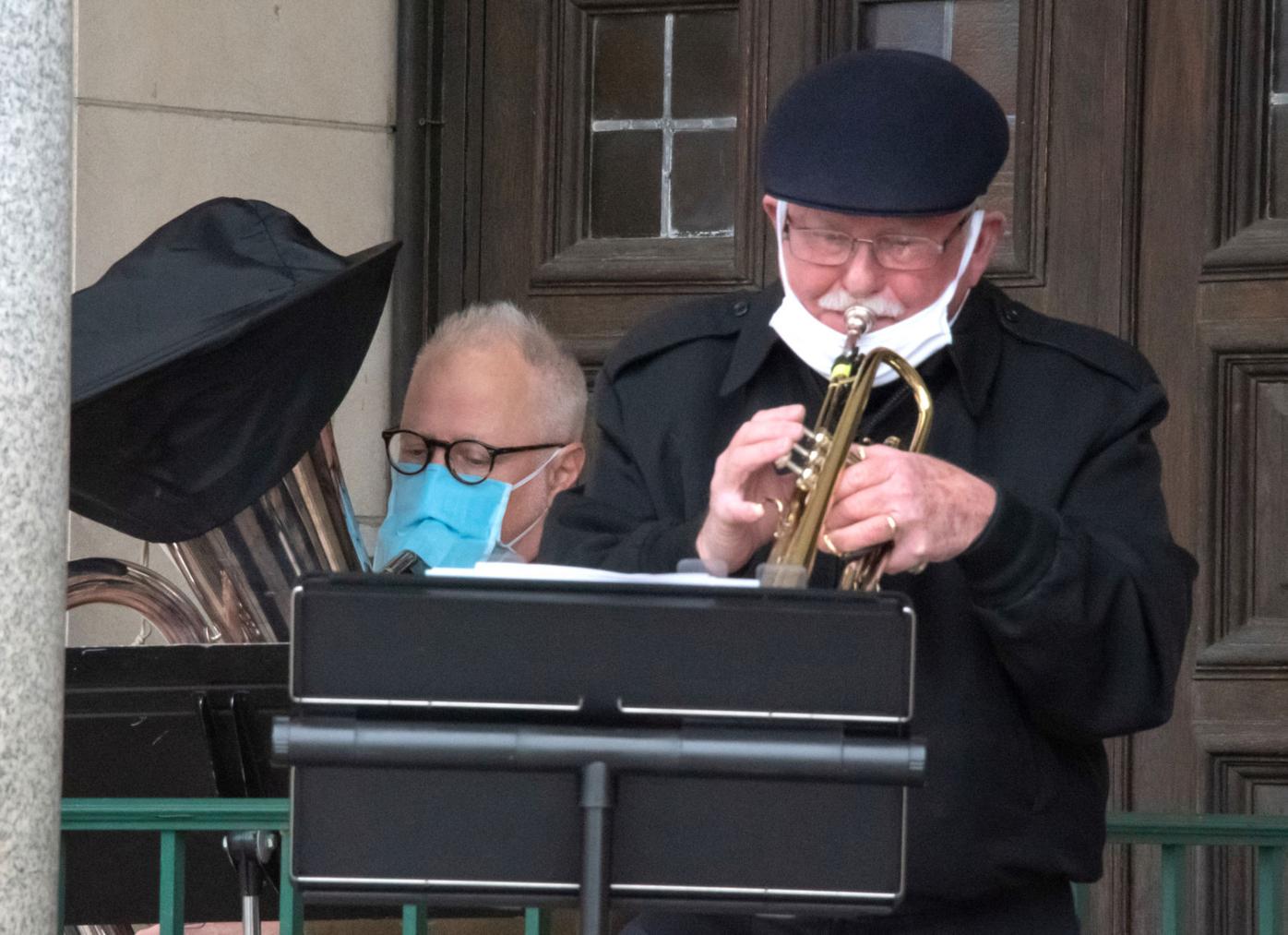 A member of the Newark Symphony Orchestra performs outside during the filming of the group’s Christmas concert. 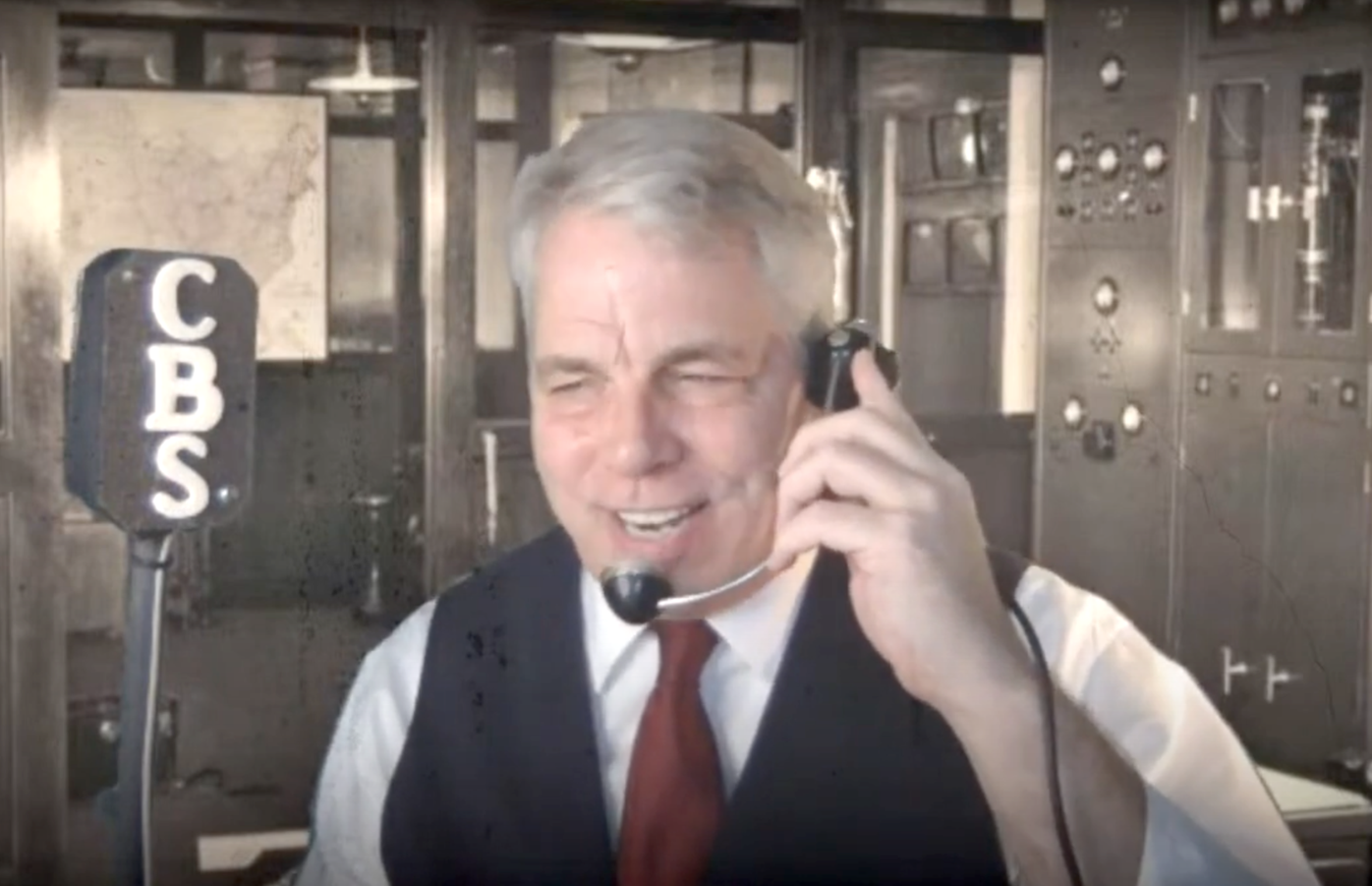 A Chapel Street Players actor performs in a live broadcast of “Miracle on 34th Street.” 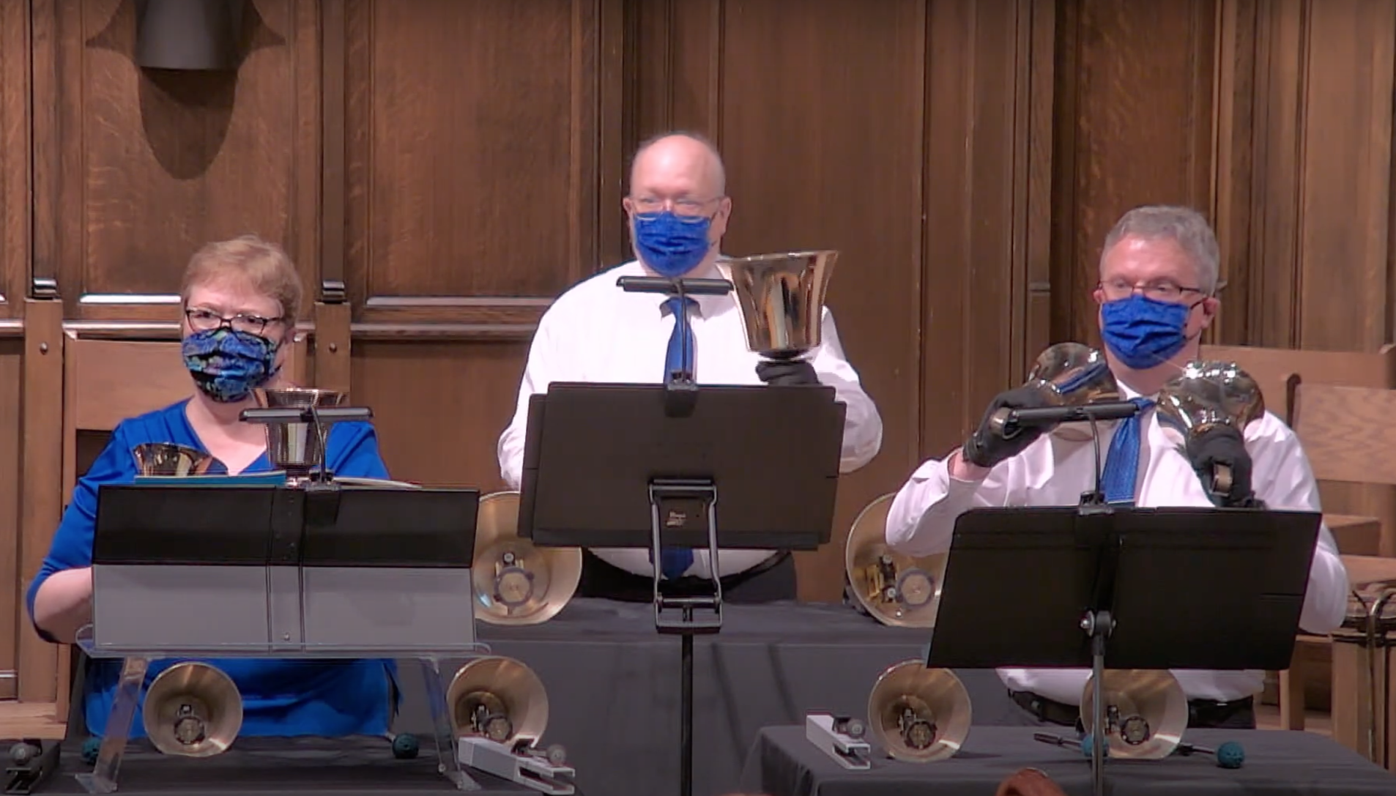 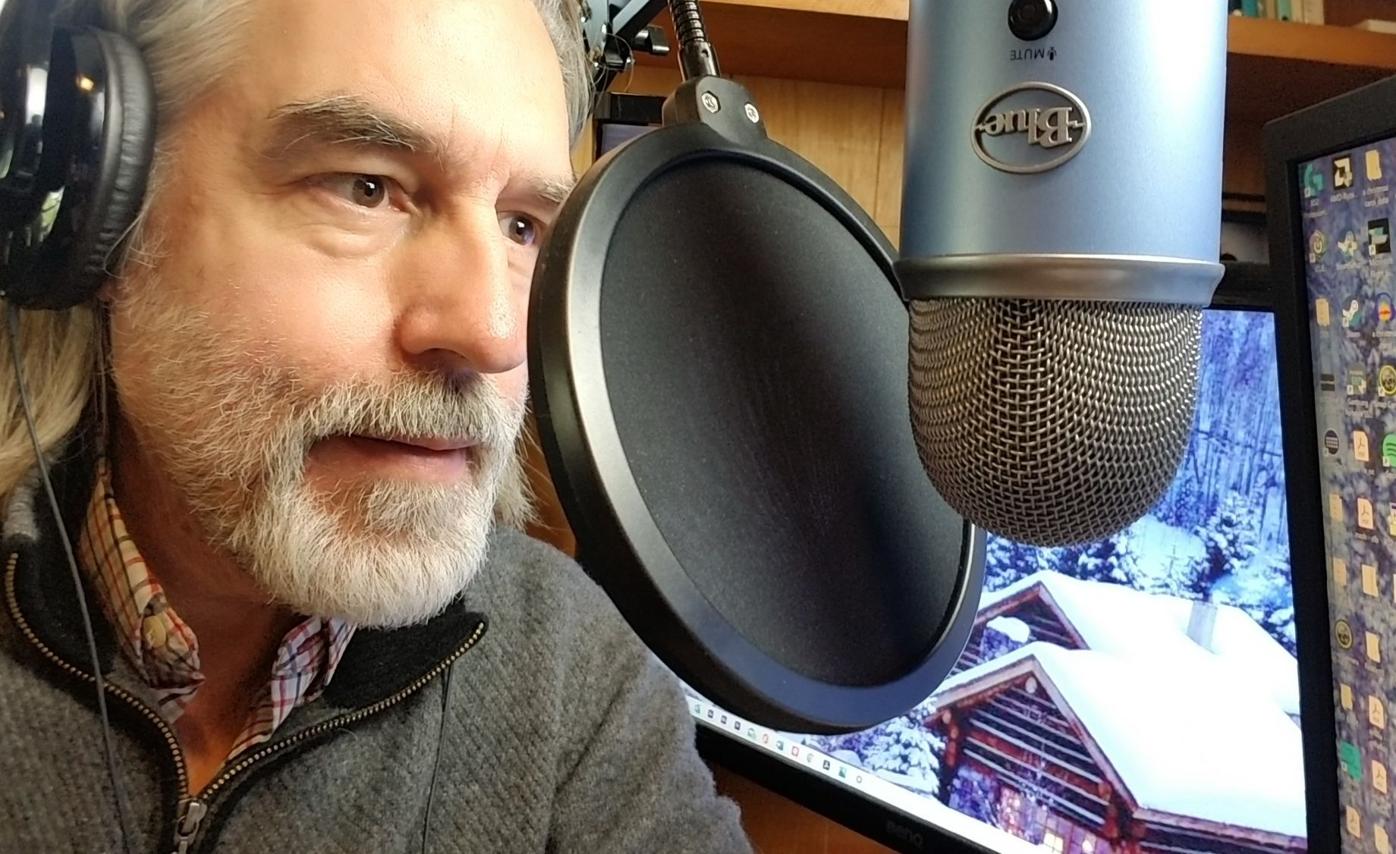 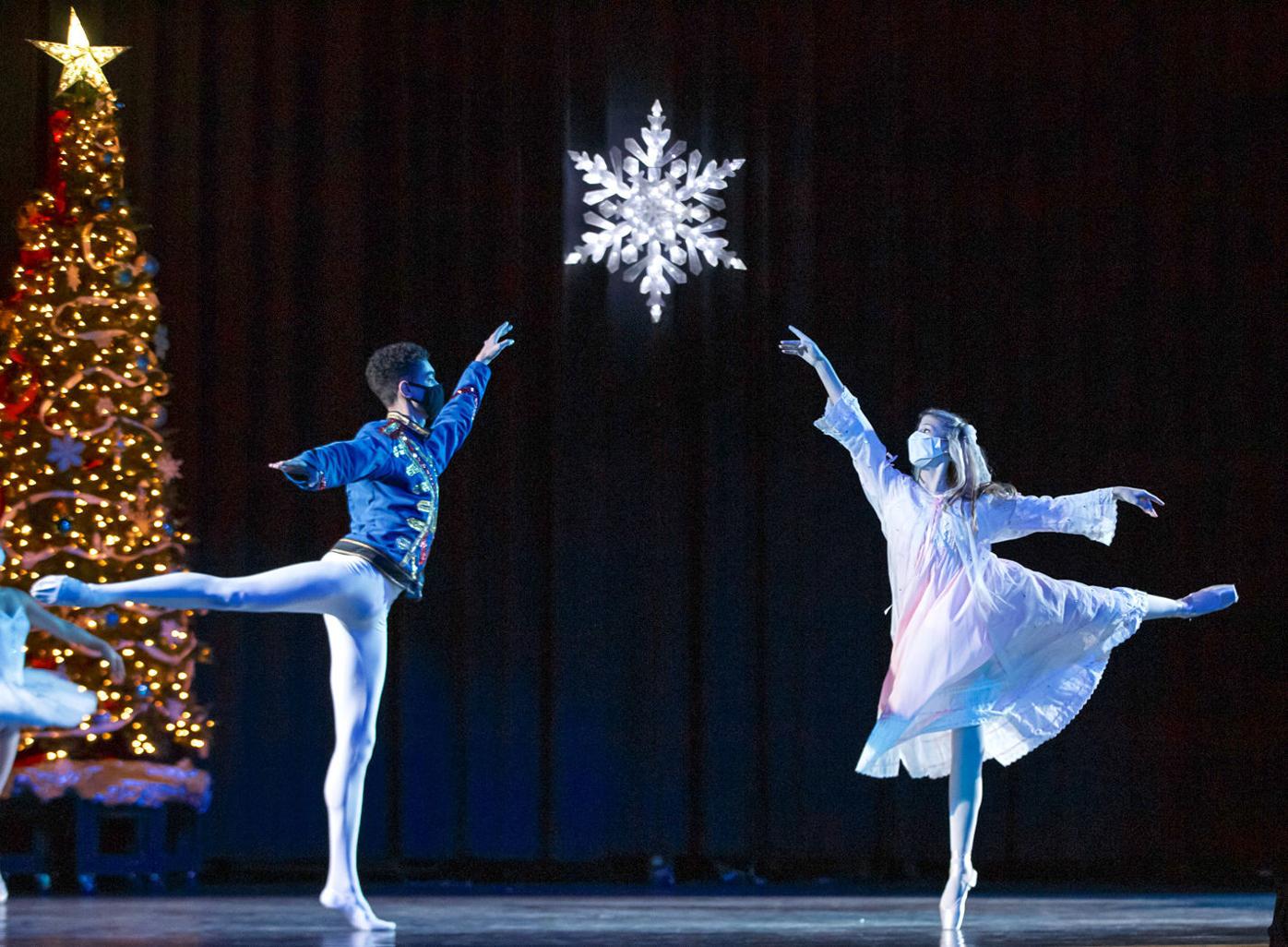 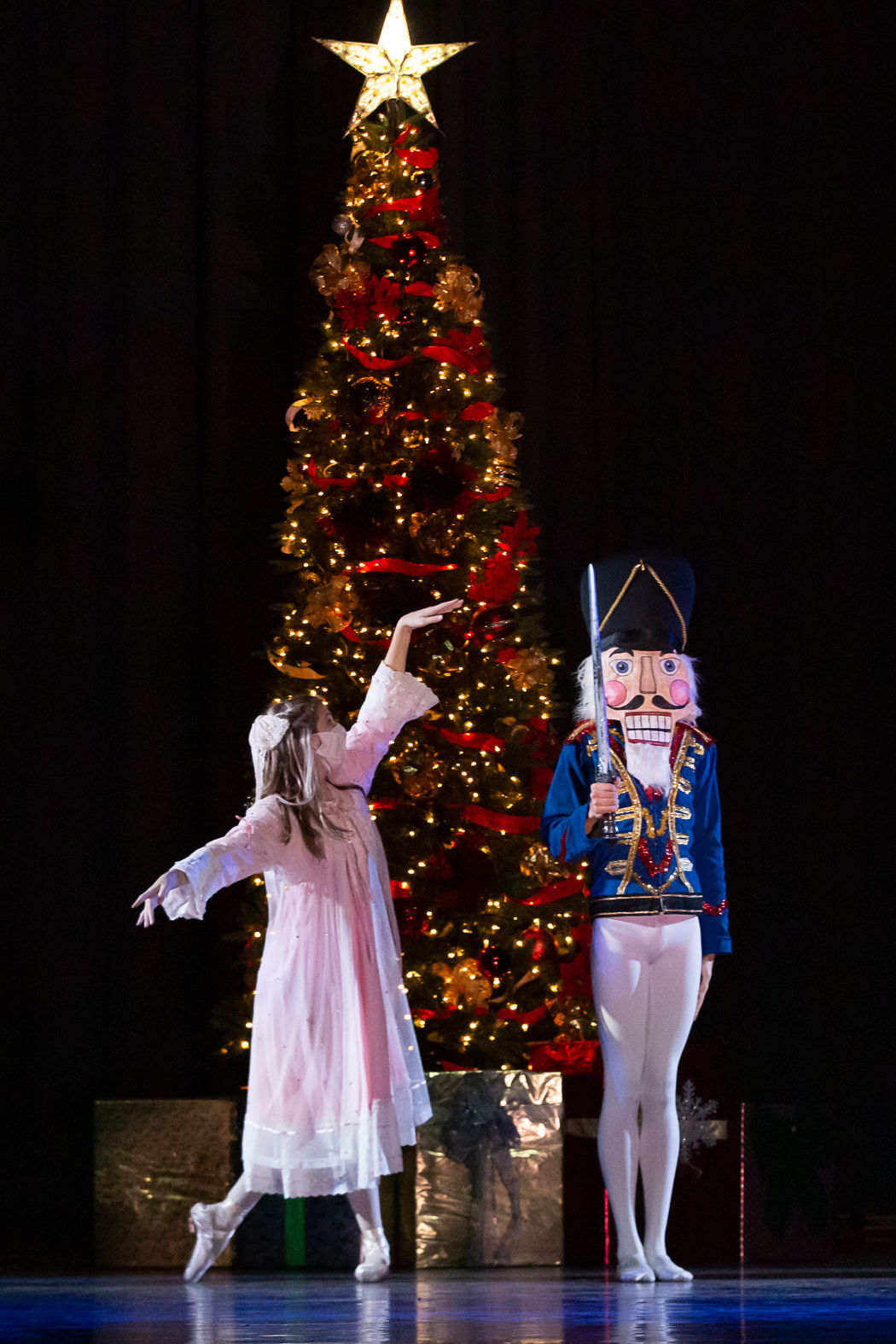 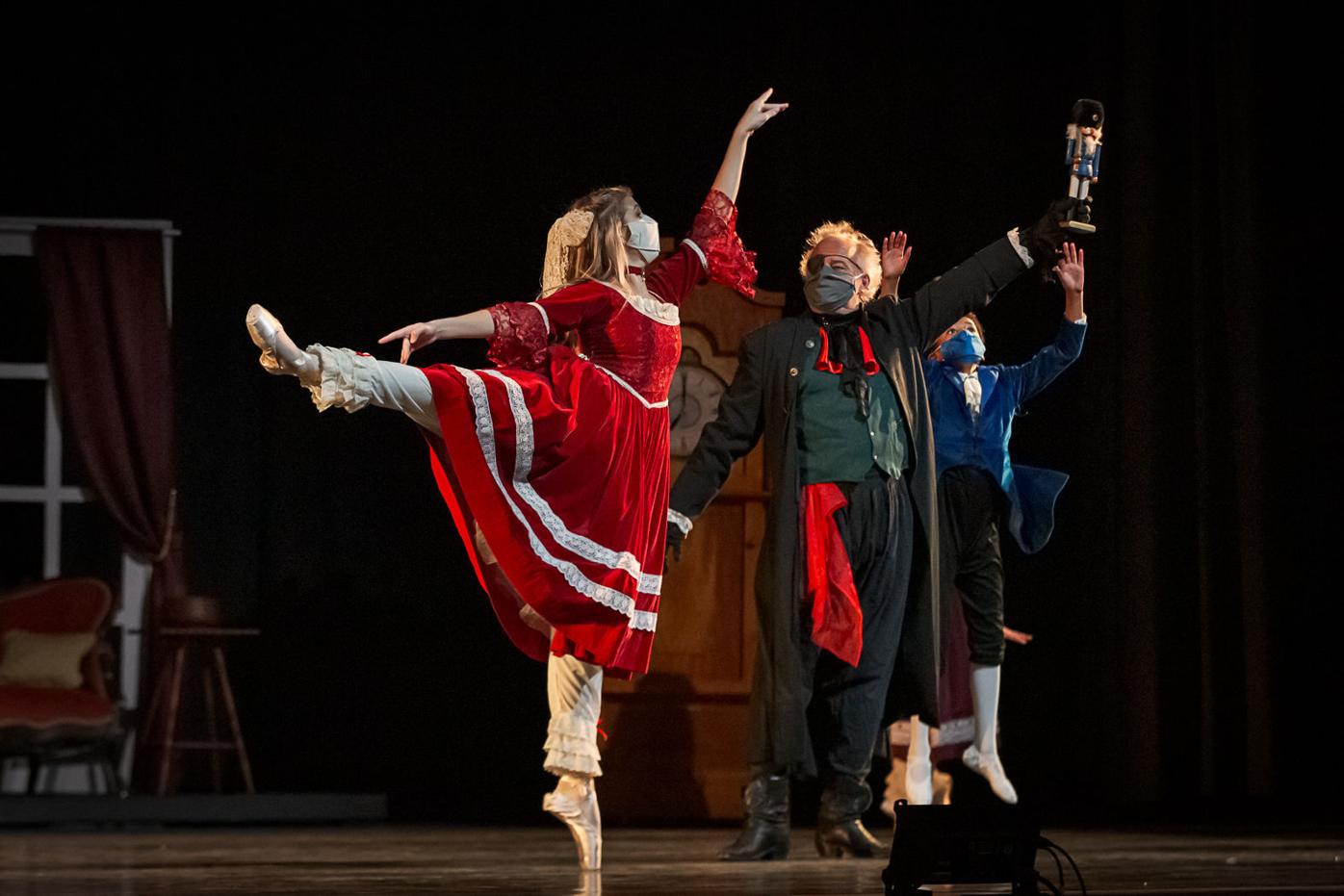 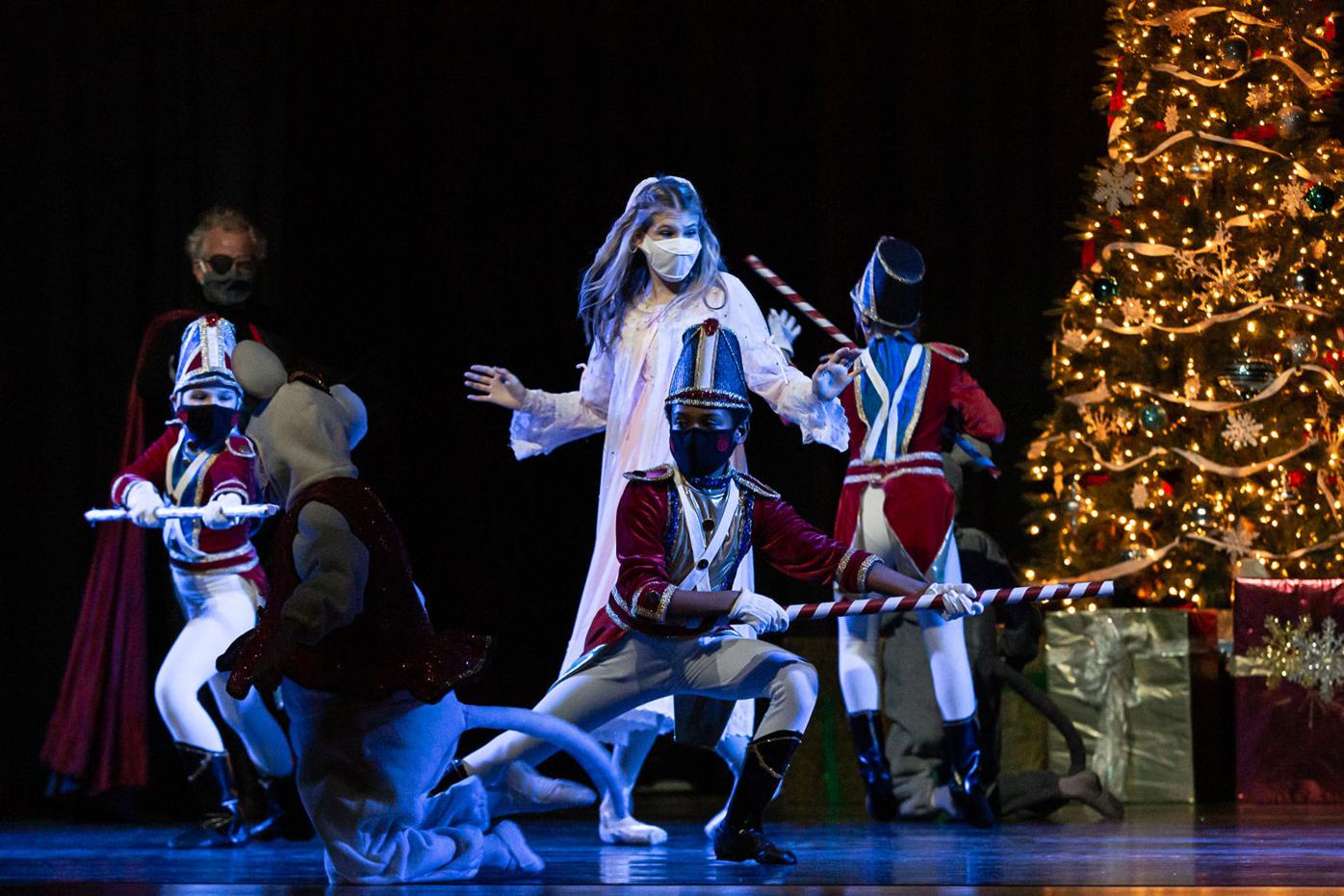 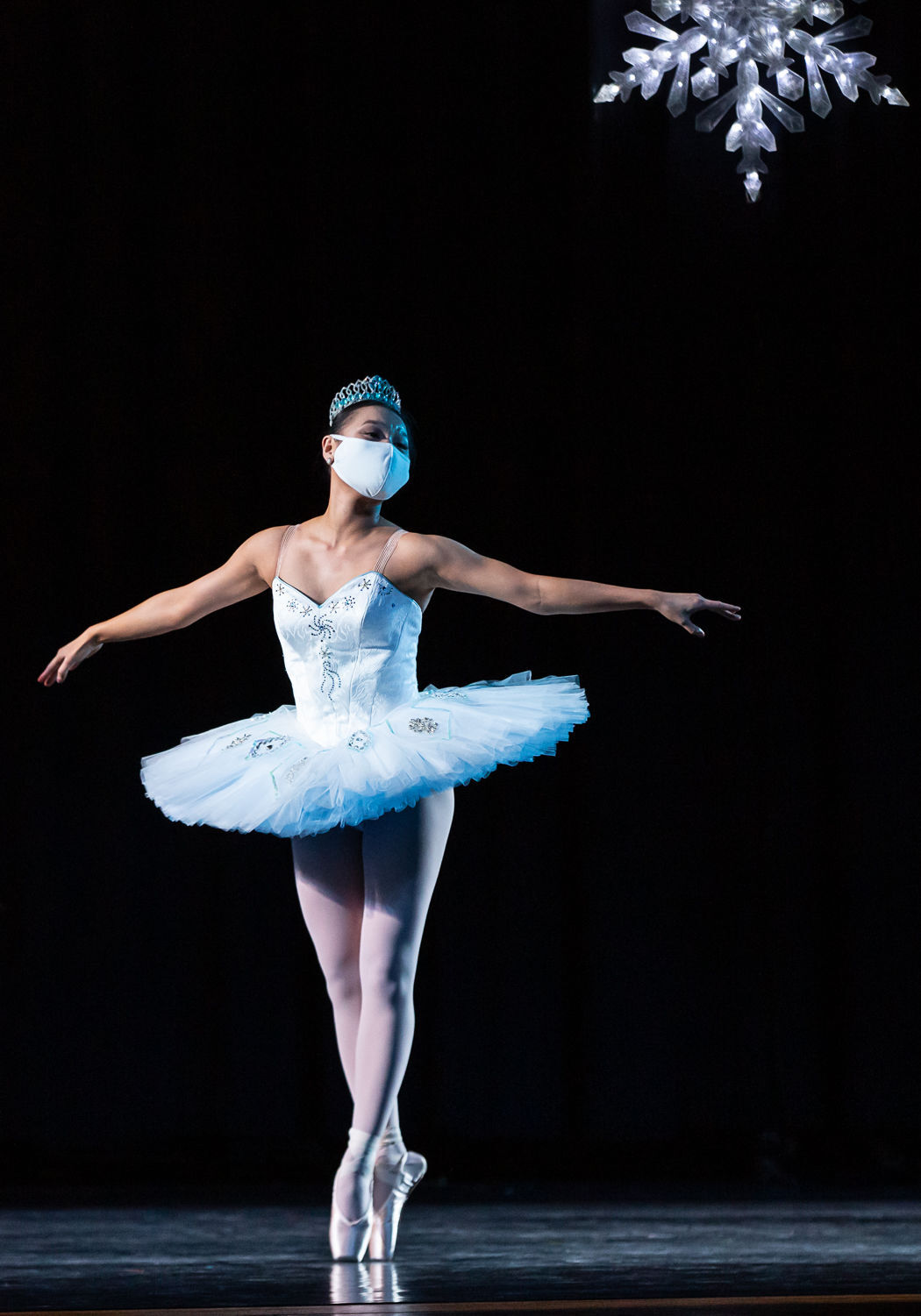 A member of the Newark Symphony Orchestra performs outside during the filming of the group’s Christmas concert.

A Chapel Street Players actor performs in a live broadcast of “Miracle on 34th Street.”

For the 37th year, the Delaware Dance Company will mark the Christmas season by performing the popular holiday ballet, “The Nutcracker,” but, like so many things in 2020, it will look a bit different this year.

Instead of performing four shows in Mitchell Hall for a combined 1,800 people, the Newark-based dance company will turn to the wonders of technology to broadcast the annual performance online.

“We really wanted to give these kids the chance,” Latshaw said. “We have a lot of graduating seniors, and this is the one event that they really look forward to.”

The cast was reduced from more than 100 performers to approximately 60 – including kids as young as 9, teens and a few adults – and all wore masks that matched their costume. Rehearsal times were staggered to allow for social distancing, though they did have to shut down for two weeks after a few dancers tested positive for COVID-19.

Finding a venue that was open was difficult as well, but DDC eventually got permission to film the show last weekend at Glasgow High School. The video will premiere on DDC’s website at 7 p.m. Christmas night.

“We have amazing volunteers,” Latshaw said. “Volunteers made the set and helped me with design and decorating and everything. It was pretty incredible.”

DDC is just one of several local arts groups that have turned to virtual performances to continue entertaining Newarkers during the pandemic. All the shows are available for free, though the organizations are counting on donations to make up for some of the lost ticket sales.

Chapel Street Players have done four virtual shows this fall. Some were taped and posted online, while others were broadcast live on YouTube and Facebook.

Over the weekend, the organization performed a live radio adaptation of “Miracle on 34th Street” using StreamYard, a software that is similar to Zoom but gives the director more control over whose feed is shown on the screen.

The actors all read their parts sitting in front of their home computers, using green-screen technology to make it look like they were in a 1940s-era radio booth.

“It’s been amazing,” said Scott Mason, president of the community theater group. “I am so proud of the organization and the people involved, because none of us are Steven Spielberg, and a lot of us are not technologically savvy.”

Switching gears from live theater to online broadcasts presented a number of challenges but was worth it in the end, he said.

“People are just loving the opportunity to do their art,” he said.

Resident Ensemble Players, a professional theater company based at the University of Delaware, also staged a radio play but opted for an audio-only stream rather than video. The performance of “A Christmas Carol” is available on the organization’s website and was broadcast on the campus radio station WVUD last weekend.

It was the REP’s fifth virtual show this season.

The shows are recorded over Zoom, and then an audio engineer does post-production work and adds sound effects before the show is broadcast. With much of campus closed, the actors are all over the country, Robbins said.

The First State Ringers, a handbell choir based at Newark United Methodist Church, filmed its annual Christmas concert at a church in Wilmington, which has an advanced video system and more space to socially distance. Normally at this time of year, the group’s 12 ringers would be performing at various libraries and churches, but this year, they had to settle for a YouTube performance.

“The thing we missed was the clapping,” Director Ruthie Toole said. “When you do it virtual and recorded, you’re done with the song and there’s no clapping. When you do a live concert, you always get clapping, and that makes you feel really good after every song.”

The Newark Symphony Orchestra has been holding virtual concerts since the spring.

Some were taped outside, but more stringent regulations recently meant NSO’s Christmas concert was filmed mostly remotely. A few small groups filmed their performances outside, and other performers filmed themselves at home. Recordings of full orchestra performances from previous years rounded out the show.

“It’s kind of heroic what these guys are doing, really,” NSO board president Karen Rosenberg said. “You have no idea from just watching the concert how much effort goes into it, and they’re really making an effort. Maybe people need music now more than ever.”

Music Director Simeone Tartaglione described conducting NSO’s brass ensemble as it filmed its performance outside a Wilmington church on a brutally cold and windy day.

“Nobody was complaining, nobody wanted to go,” Tartaglione said. “This is a testimony of what love for music is, and this is a lesson for everybody. Newark Symphony is an example of what music should be. They teach all of us every single day, and especially now in these horrible conditions, that determination and enthusiasm of making music together with this group is really remarkable.”

While the organization is anxious to get back to performing live shows, it plans to continue finding ways to make the performances available online. Its shows this season have drawn viewers from all around the globe, including relatives of orchestra members in Romania, the Czech Republic and elsewhere.

“We’re very committed to the Newark community, but as we ventured into this virtual space, we’re trying to connect in every way possible and follow those connections,” oboe player Anna Montejo said.

Other groups have enjoyed the opportunity to have their performances available to people outside of Delaware, as well.

“Our sugar plum fairy has family in the Philippines. They never get to see her, so they’ll be able to watch her this time, which is really cool,” Latshaw said.

“Actors have relatives out in the Midwest, and they’re not going to fly to Chapel Street to see their cousin in a show, but now they’re all excited because they can see the stuff from their home far away,” he said. “It’s touching a whole new group of people.”

Seeing how Newark’s art community has adapted is inspiring, he added.

“I applaud all of these groups who have pivoted to try to keep the arts alive,” Mason said. “People need it. It’s been an anxious year, not just COVID, but the national politics. People need something.”