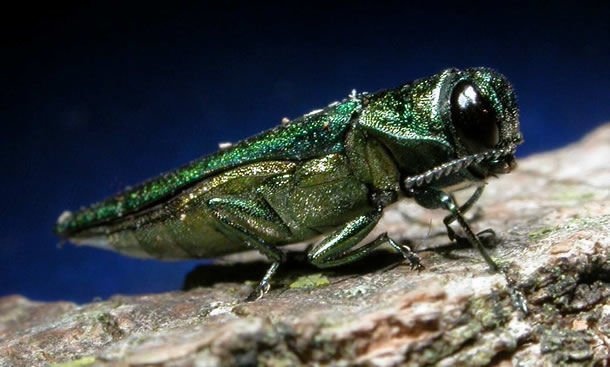 The emerald ash borer is an invasive species and can destroy ash trees. 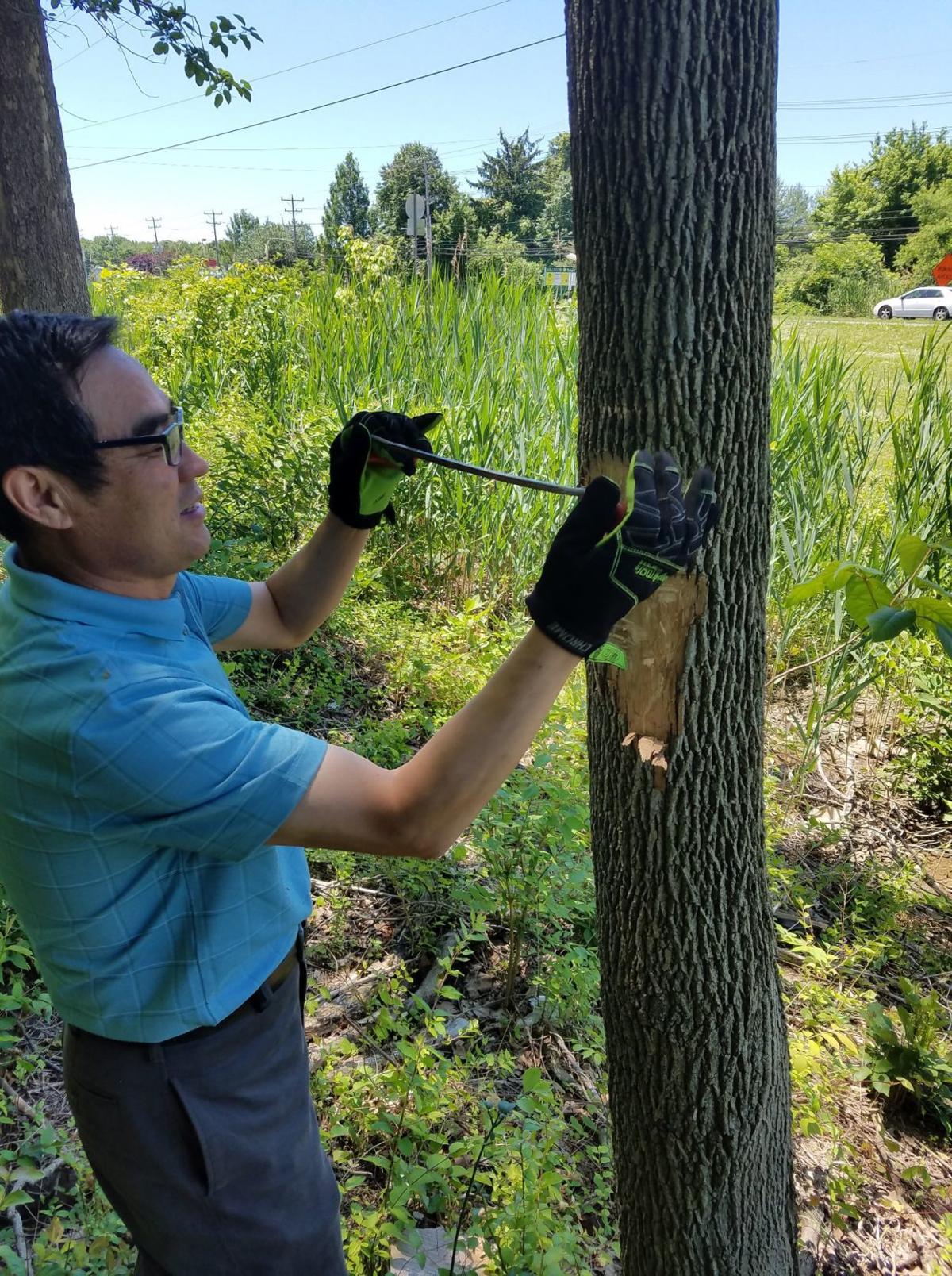 USDA researcher Jian Duan examines a tree in Newark for damage caused by the emerald ash borer (pictured at top of page). 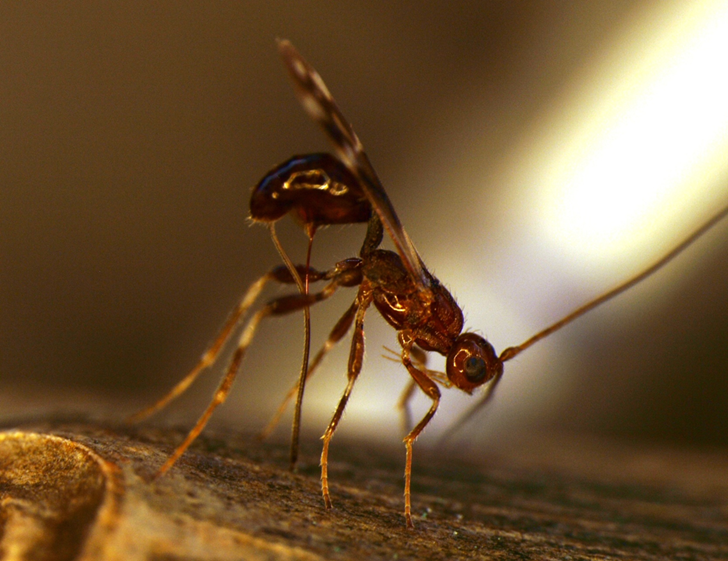 Researchers are releasing wasps like these to help control the population of emerald ash borers in Newark. 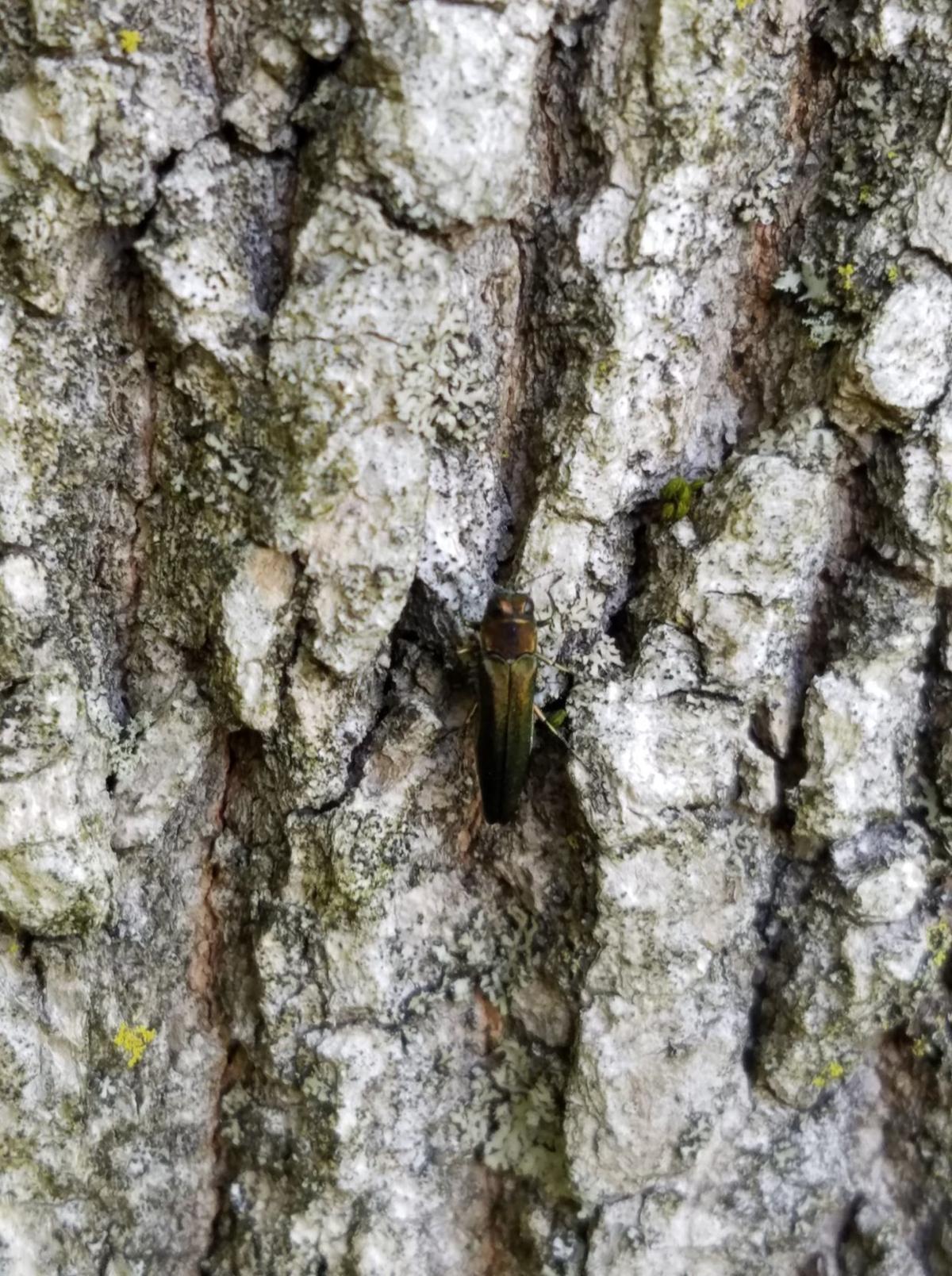 An emerald ash borer craws on a tree in Newark. 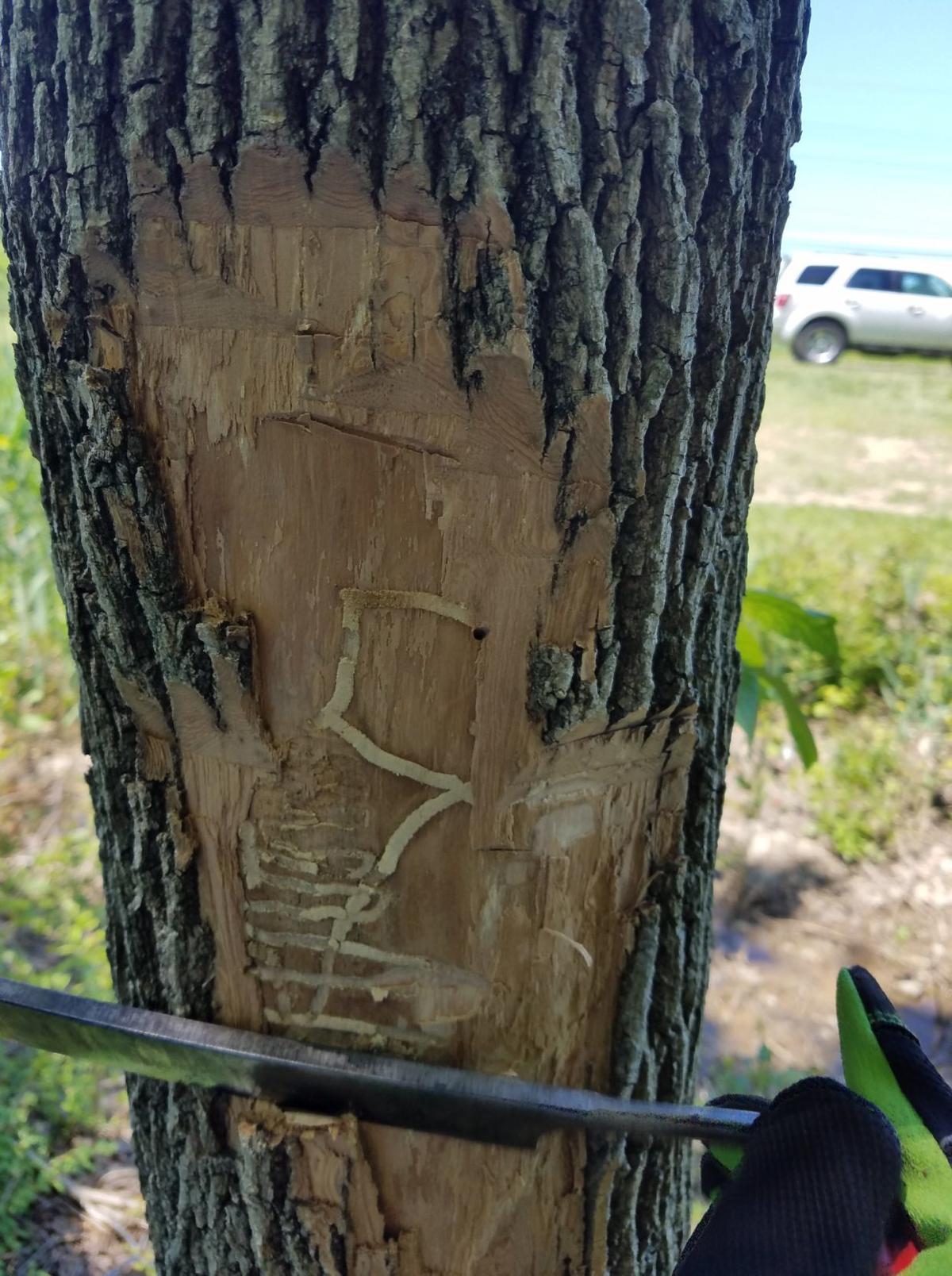 A tree in Newark shows damage from the emerald ash borer.

The emerald ash borer is an invasive species and can destroy ash trees.

USDA researcher Jian Duan examines a tree in Newark for damage caused by the emerald ash borer (pictured at top of page).

Researchers are releasing wasps like these to help control the population of emerald ash borers in Newark.

An emerald ash borer craws on a tree in Newark.

A tree in Newark shows damage from the emerald ash borer.

A small but deadly army has taken to the skies to protect Newark from a winged invader: the emerald ash borer, which if left unchecked, could devastate the city’s ash trees.

Researchers from the United States Department of Agriculture recently began releasing small, stingless parasitic wasps that feed on the emerald ash borer (EAB) larvae. Though the wasps won’t completely eliminate the invasive EAB, the researchers hope they will limit their spread.

EAB are small beetles that lay eggs between the layers of bark on ash trees.

“Those eggs will hatch tiny larvae that digs into the bark and then eats the under-layer of the bark,” said Jonathan Schmude, a USDA researcher based in Newark. “That is the transportation system to the tree, and it eventually cuts off all circulation of water and nutrients throughout the trees.”

Eventually, the tree will die, though it can take a few years.

Native to China, Mongolia, North Korea, South Korea, Japan, Taiwan, and parts of Russia, EAB were accidentally transported to the United States and first discovered in Detroit in 2002.

Since then, they have spread to 35 states. They were first discovered in other parts of Delaware in 2016, and Newark officials have been preparing for the EAB’s arrival here for several years.

Joe Spadafino, director of parks and recreation for Newark, said the city treated 36 ash trees with preventative pesticides and is seeking grant funding to treat more.

“Hopefully, that will be able to save these trees, and they’ll become a seed source to replace trees once the EAB invasion passes,” Spadafino said.

A 2015 study found that of the 4,200 trees in parkland and along public right-of-ways in Newark, 14 percent are ash trees.

“It would have a big effect on the tree canopy in Newark to lose that many trees,” Spadafino said. “We’re trying to lessen the impact with some of the things we’re doing.”

Schmude and his fellow researchers finally found the first EAB in Newark last month. While driving around the city to check trees for the invasive pest, they spotted dying ash trees along Elkton Road.

Upon further examination, they spotted a live EAB crawling on one of the trees and saw the damage the insects caused. Schmude said the trees had likely been infested for more than a year.

Since then, they’ve found EAB infestations elsewhere in the city.

EAB can fly up to two miles, but the first ones probably arrived in Newark as stowaways on a vehicle or in a load of plants headed to a nursery, he said.

The USDA started releasing the wasps elsewhere in Delaware three years ago and expanded the effort to Newark two months ago. The releases will continue throughout the summer.

The wasps control the EAB population by laying their eggs inside or on the outside of the EAB eggs and larvae. When the wasps hatch, their larvae feed on the EAB larvae.

“Some species are basically like a tick sucking the juices out, and some species live inside the body fluid of the EAB and eat it from the inside,” Schmude said.

Biocontrol – the practice of importing and releasing natural enemies from a pest’s native area – has long been used to combat invasive species.

“We went to China to look for what killed it there,” Schmude said.

Scientists then did extensive testing to make sure the wasps won’t cause harm of their own. Schmude said the wasps will only feed on EAB and other pests.

According to the Delaware Department of Agriculture, any ash trees within 10 to 15 miles of a confirmed infestation are at risk.

Spadafino said Newarkers who have ash trees they wish to save should contact an arborist to discuss treatment options, though he warned that treatment can be expensive. He also recommends that people planting new trees in their yard pick a species other than ash.