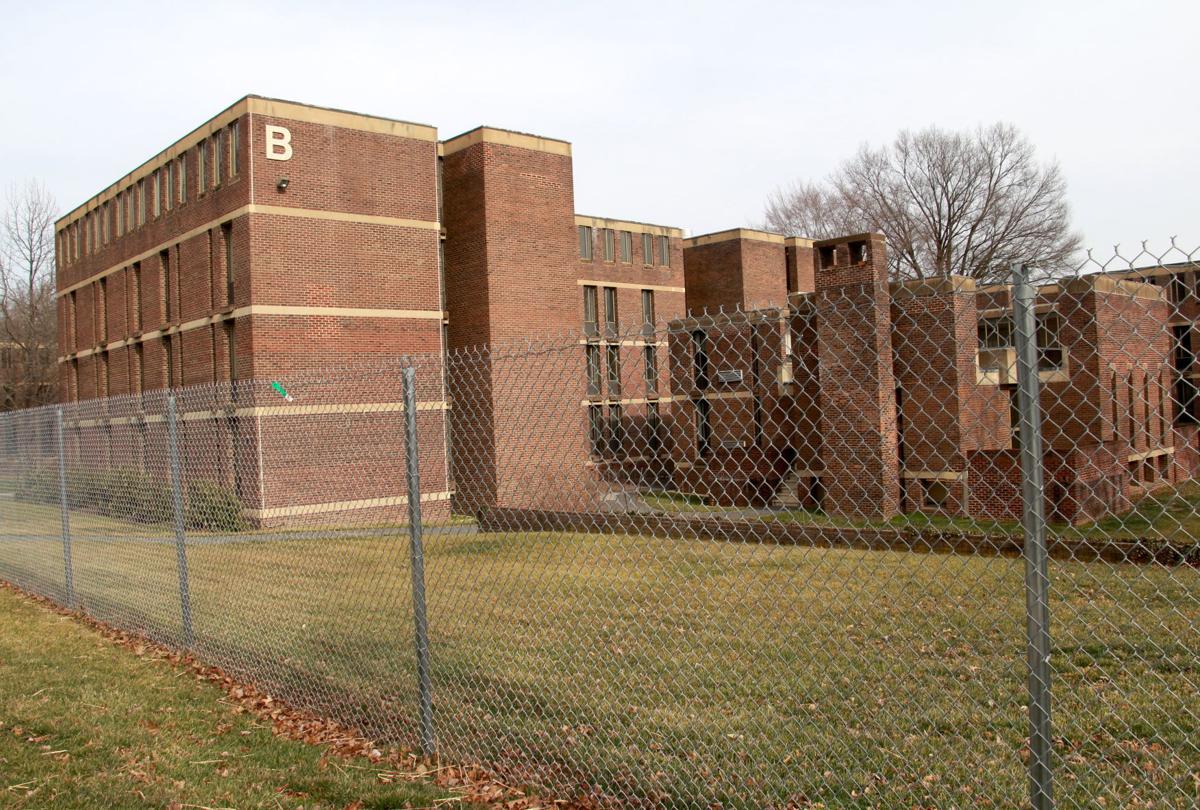 The former Rodney dorm site is seen in this file photo. 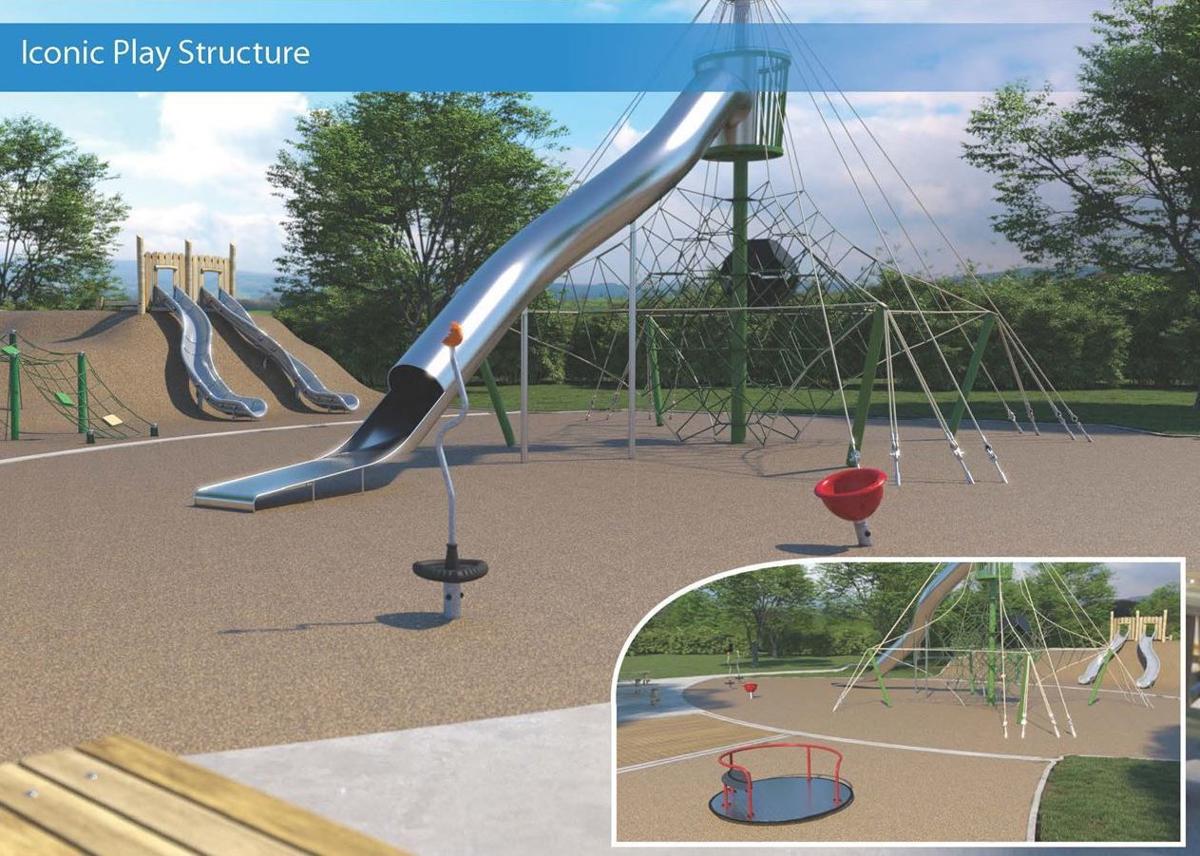 An artist’s rendering shows the nearly 24-foot slide that will be part of the playground at the Rodney site. 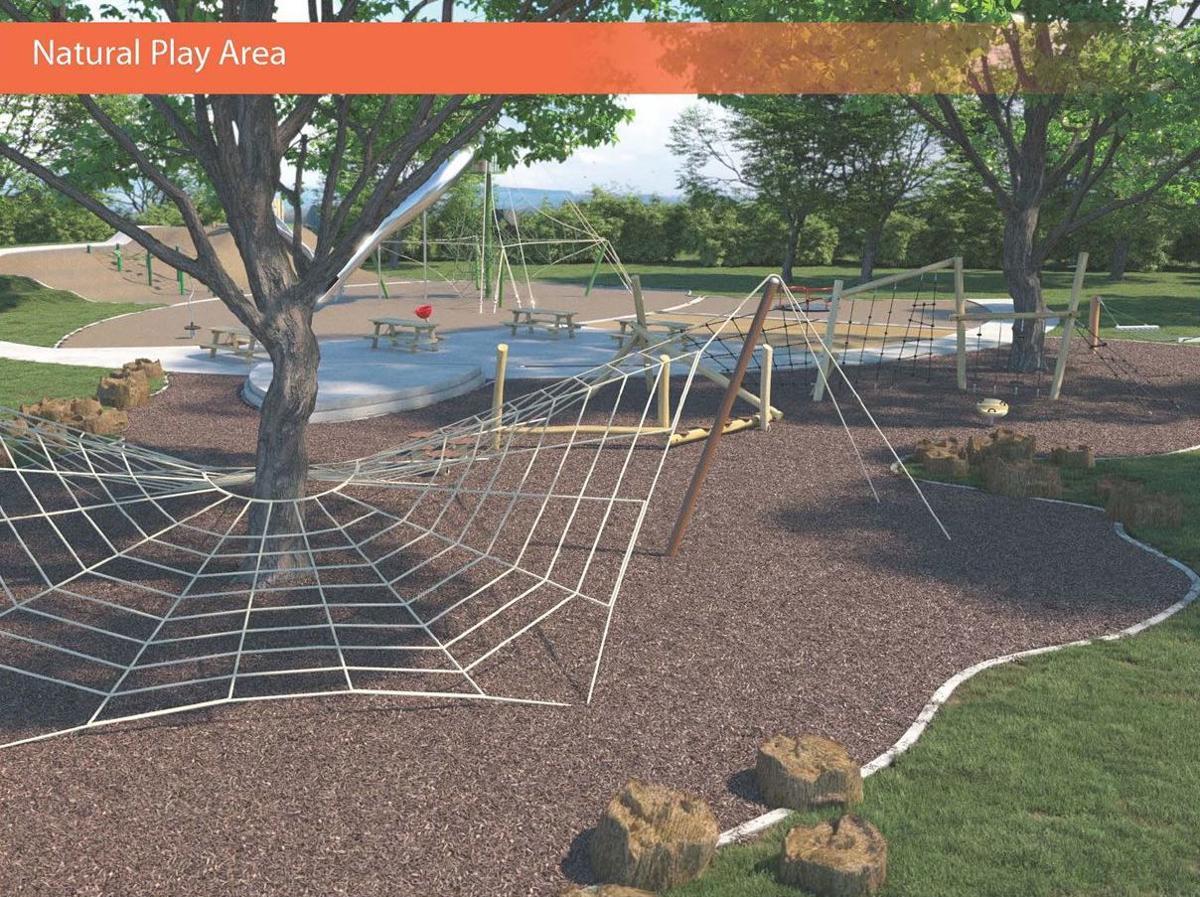 An artist’s rendering shows the spider web net that will be part of the playground at the Rodney park. 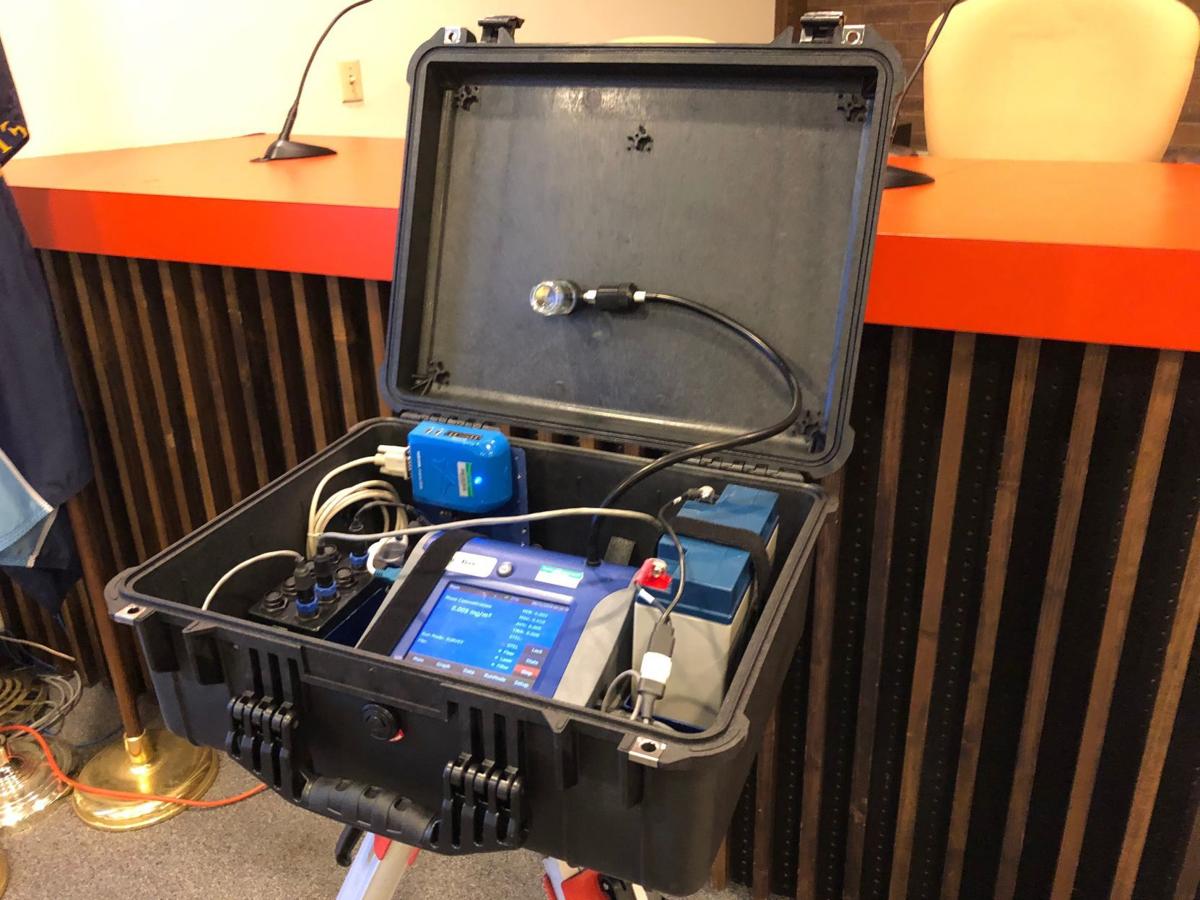 Officials will use monitoring equipment like this to take air quality samples during demolition of the Rodney dorms. 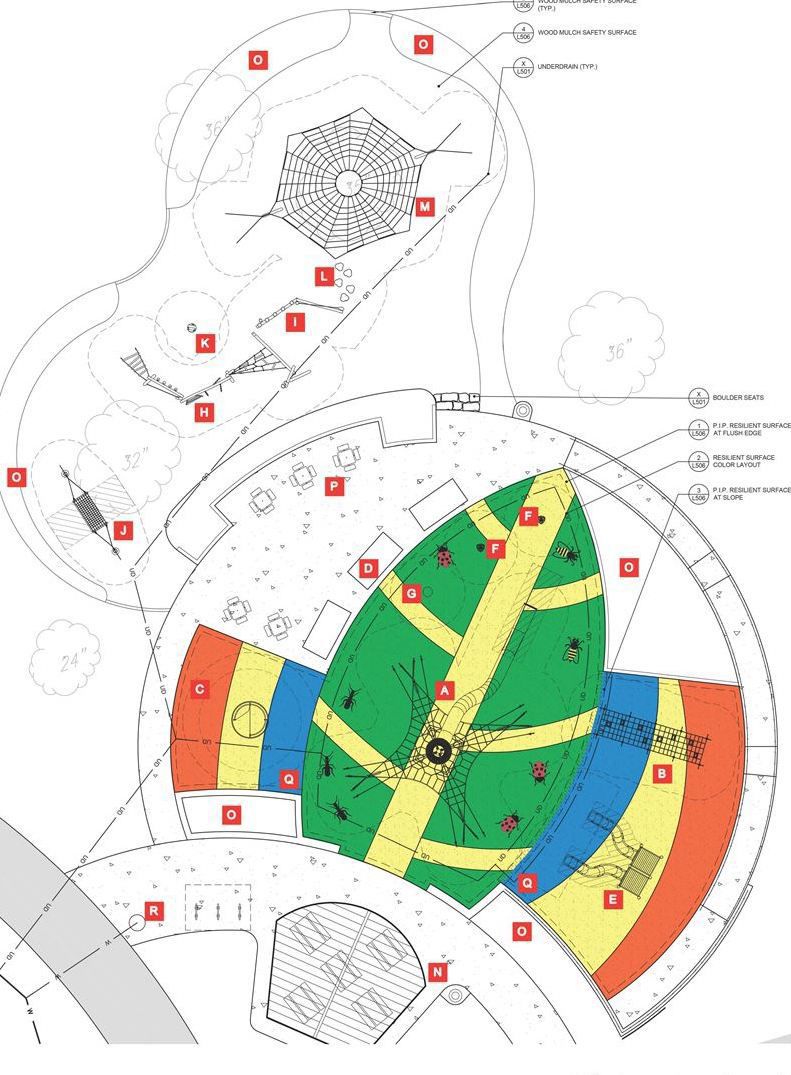 Plans show the leaf-shaped playground that will be built at the Rodney site. 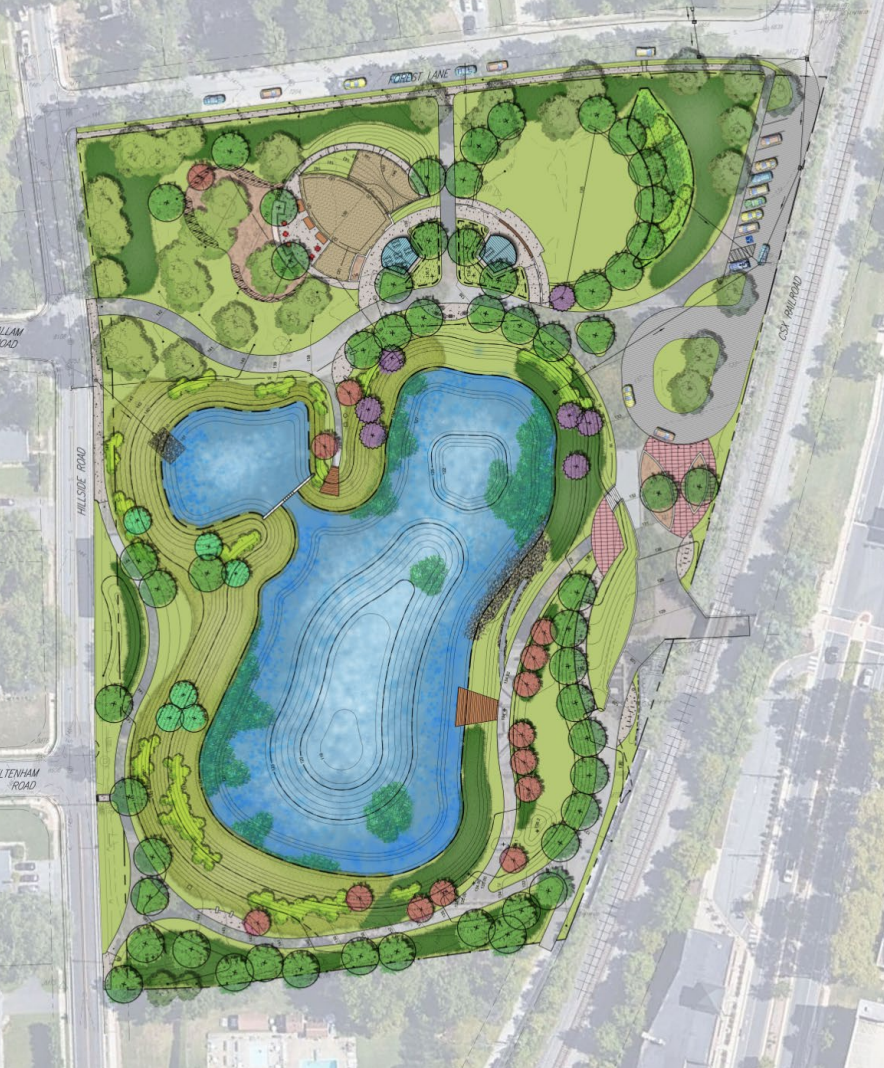 An artist’s rendering shows the park and stormwater pond that will be built at the Rodney site.

The former Rodney dorm site is seen in this file photo.

An artist’s rendering shows the nearly 24-foot slide that will be part of the playground at the Rodney site.

An artist’s rendering shows the spider web net that will be part of the playground at the Rodney park.

Officials will use monitoring equipment like this to take air quality samples during demolition of the Rodney dorms.

Plans show the leaf-shaped playground that will be built at the Rodney site.

An artist’s rendering shows the park and stormwater pond that will be built at the Rodney site.

After 53 years on Hillside Road, the Rodney dorms soon will come tumbling down – the latest step in a plan to convert the site into a stormwater pond and park.

The demolition contractor will arrive at the site Monday, erect a fence around the property and remove some trees, Public Works Director Tim Filasky said Wednesday.

On Sept. 3, the actual demolition will begin, starting with the E/F building at the northeast corner of the site. By mid-November, the buildings will be gone, and the rubble will have been hauled away for recycling.

The work will be limited to the time frame of 7 a.m. to 3:30 p.m. Monday through Friday. The workers will use streams of water to keep dust down, and the city will take daily air quality samples. Access to the underpass will be maintained.

All the demolition will be done with backhoes and excavators.

“It’s not a wrecking ball, and it’s certainly not explosives,” Filasky said, drawing laughs from attendees at a public meeting Wednesday evening. “We’d all like to see it exploded, but it’s not something we could do here.”

Site grading and excavation of the pond area will be done over the winter, and work on park amenities and landscaping will begin in the spring.

“Hopefully we’ll have this open, and everyone will enjoy a ribbon cutting out there in the fall of 2020,” Filasky said.

Newark officials first proposed the pond and park in 2015, shortly after the University of Delaware announced it was closing the Rodney and Dickinson dorm complexes, the latter of which is the site of a proposed student-housing complex.

The city struck a deal to buy the Rodney property from UD, and last year, residents approved borrowing up to $9 million for the project. Over the past few months, crews removed asbestos and other hazardous materials from the Rodney buildings.

Officials say the stormwater pond will help alleviate flooding in the area around Rodney, as well as downstream in Old Newark and Devon.

Currently, stormwater pipes carrying runoff from Oaklands and surrounding neighborhoods converge near the Rodney site and during heavy rain, overwhelm the system and cause flooding. The pond will give the water a place to collect, and the water will be released in a controlled manner over a longer period of time.

The pond will be 10 feet deep at the center, but it will have large shallow areas as well as a vegetation buffer to prevent people from falling in. The pond is designed to have water in it at all times.

In addition to the practical purpose of controlling flooding, officials say the site will become a “unique recreational destination,” much like the Newark Reservoir has become.

A quarter-mile, lighted trail will surround the pond and also connect to the underpass, which provides access under the railroad tracks to South Main Street. An observation deck will provide a view of the water, and anglers will be able to try their luck at catch-and-release fishing from a pier that juts out into the pond.

The site will also include an open lawn, a wildflower meadow, an entry plaza, bike racks, a bike tire pump station, educational signage, a small parking lot and two pavilions that can be used by park visitors or rented for special events.

Perhaps the most unique feature of the site will be two play areas for kids, which will be unlike any other playground in the area.

Andy Mears, a landscape architect for the engineering firm JMT, said the city's parks and recreation department challenged him to come up with something different for the playground.

The design he came up with incorporates some of the trees already at the site, and everything ties into the theme of nature.

The main play area will be shaped like a leaf and the rubber surface will be adorned with drawings of insects. The focal point will be a nearly 24-foot-tall slide – more than twice the height of typical slides – that kids will access by climbing up a series of ropes.

There will also be more typical slides for younger kids, as well as picnic tables, a spinner bowl and other equipment.

The two pavilions will have roofs shaped like leaves.

Nearby will be what Mears called a “natural play area.” Surrounding a tree will be a large “spider web” net for kids to climb or lounge on. The area will also feature a hammock and a rope agility course.

“The trees were really important to the community, and we wanted to incorporate them into the design,” Mears said.