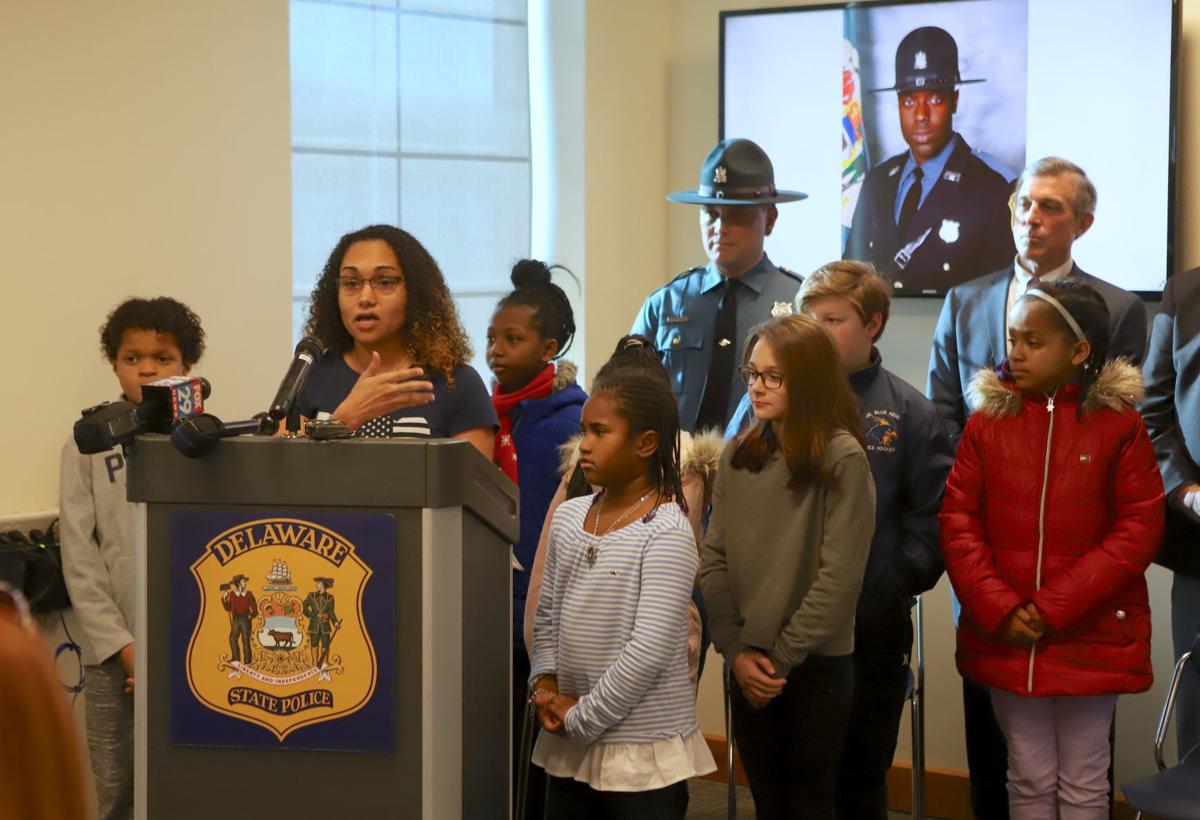 Surrounded by her daughter Abigail and students from Keene Elementary School, Louise Cummings speaks at a ceremony renaming a road in honor of her late husband, trooper Cpl. Stephen J. Ballard. 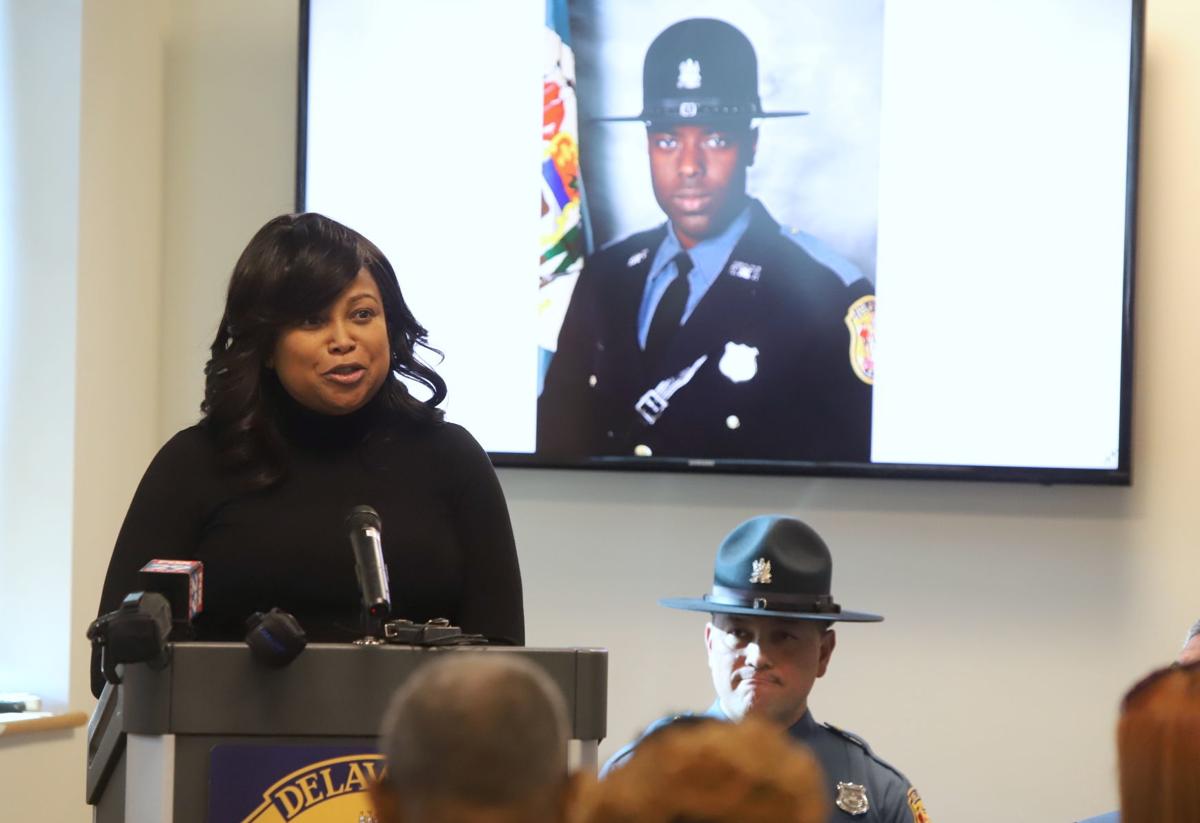 Robin Ballard speaks at a ceremony renaming a road in honor of her late son, trooper Cpl. Stephen J. Ballard. 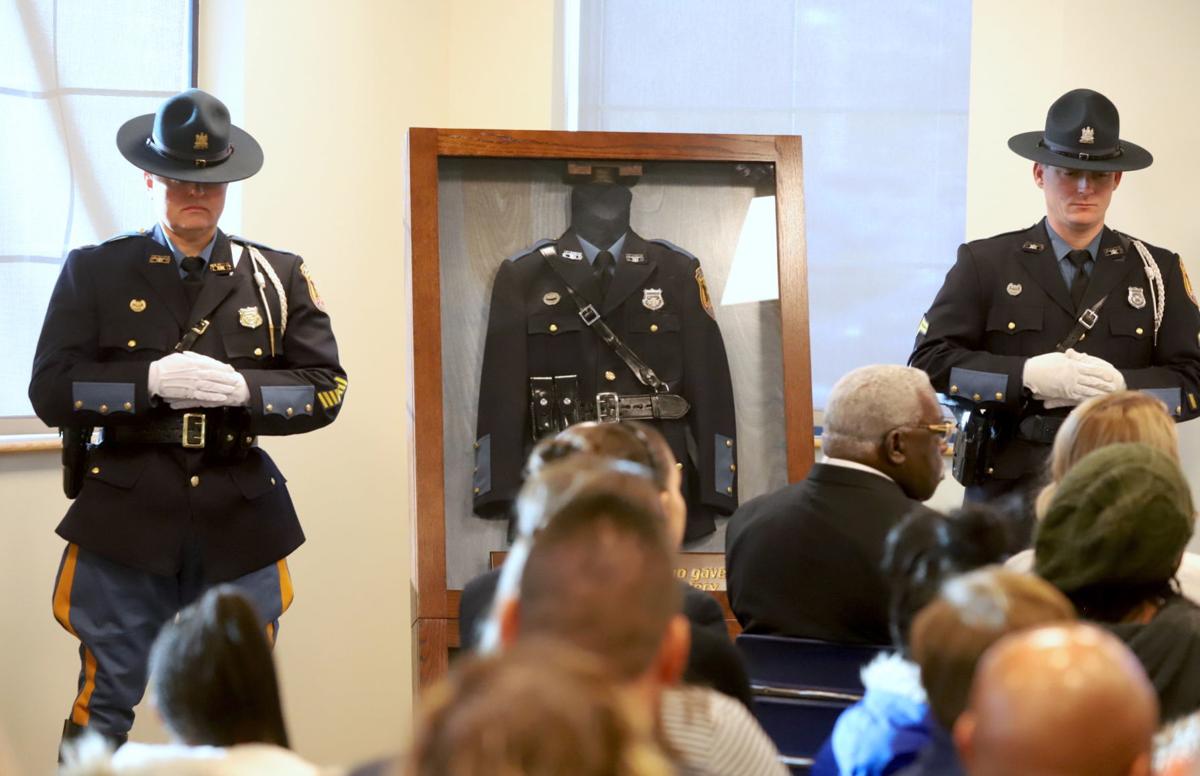 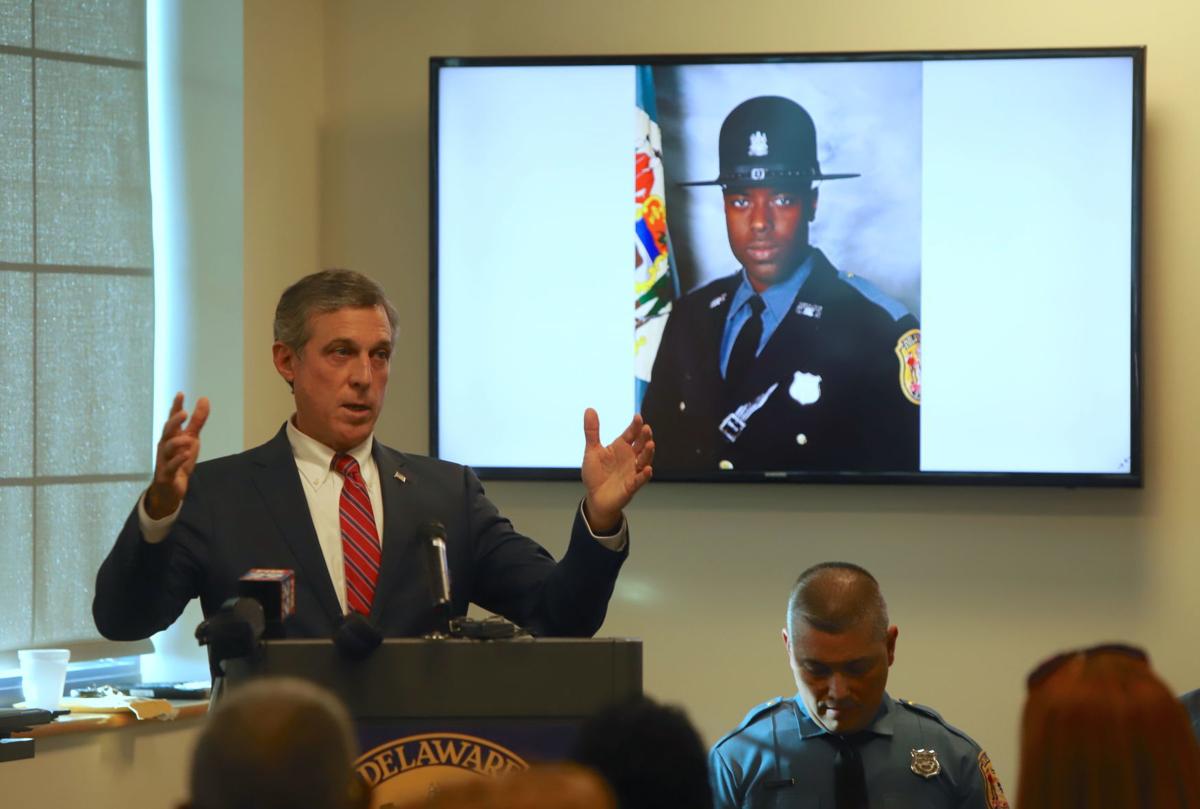 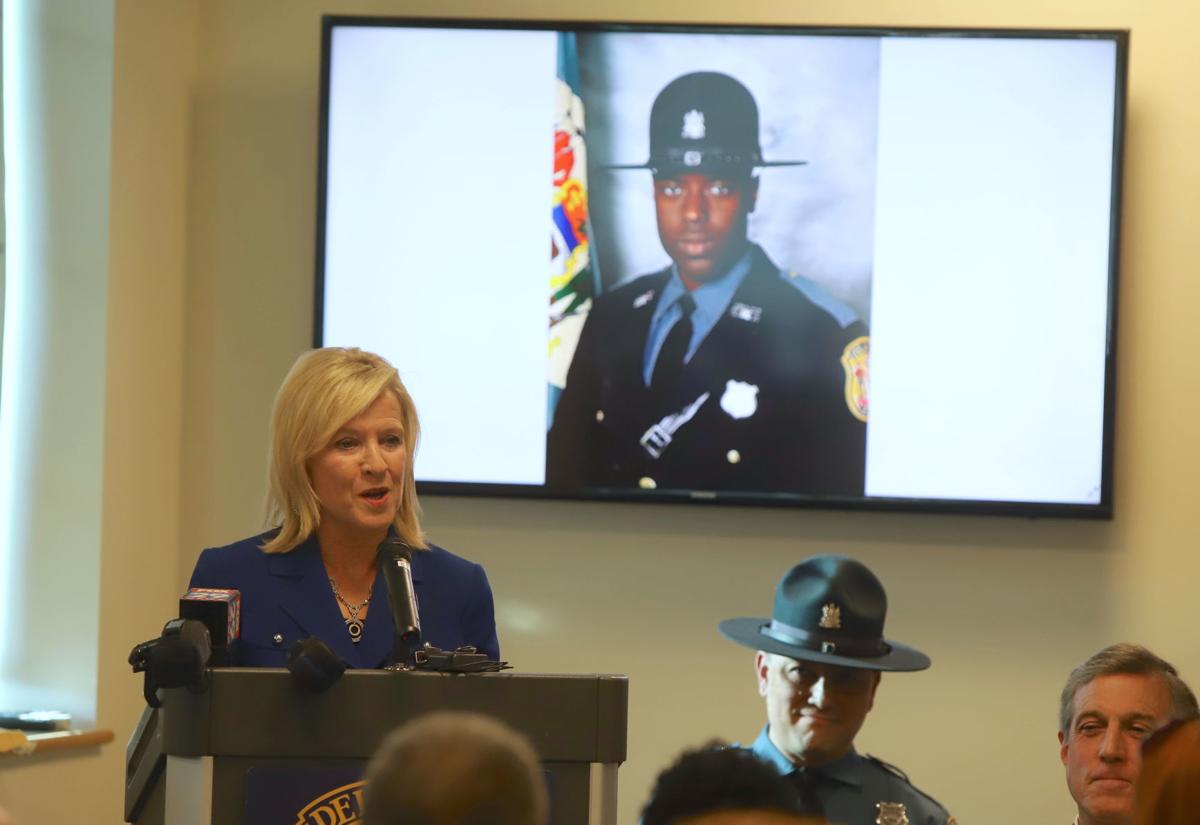 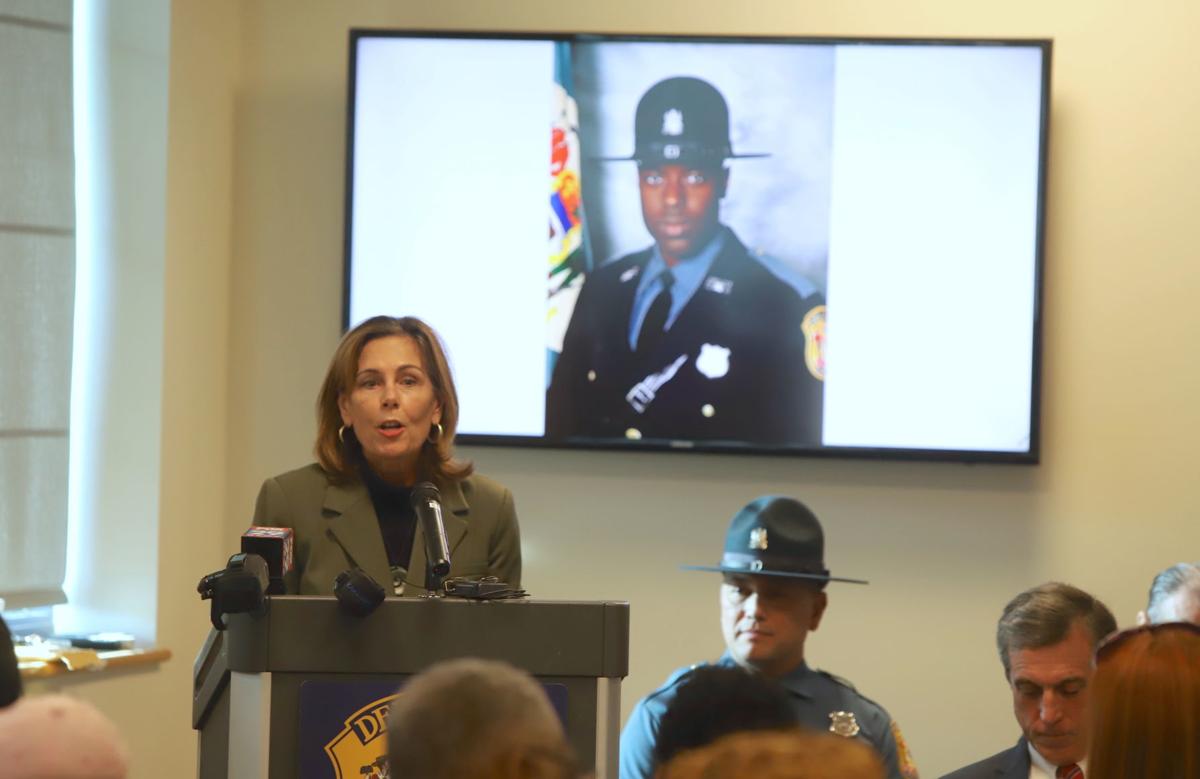 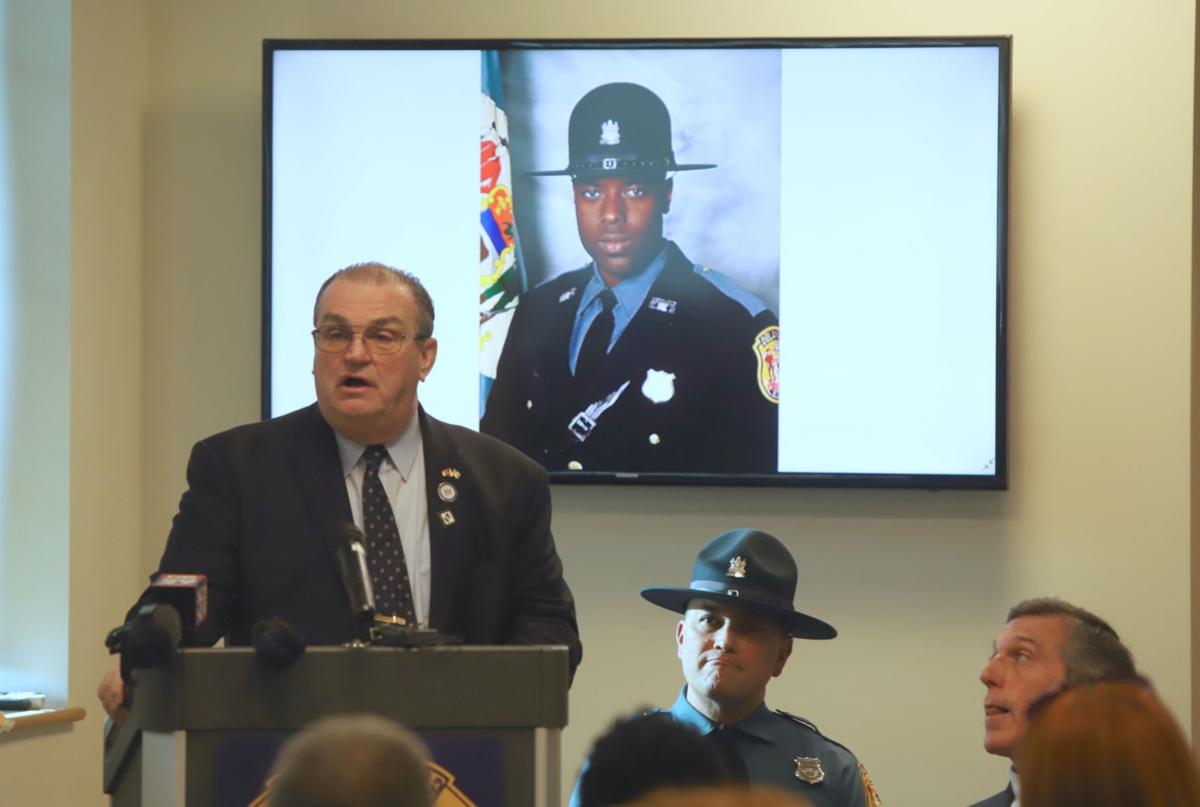 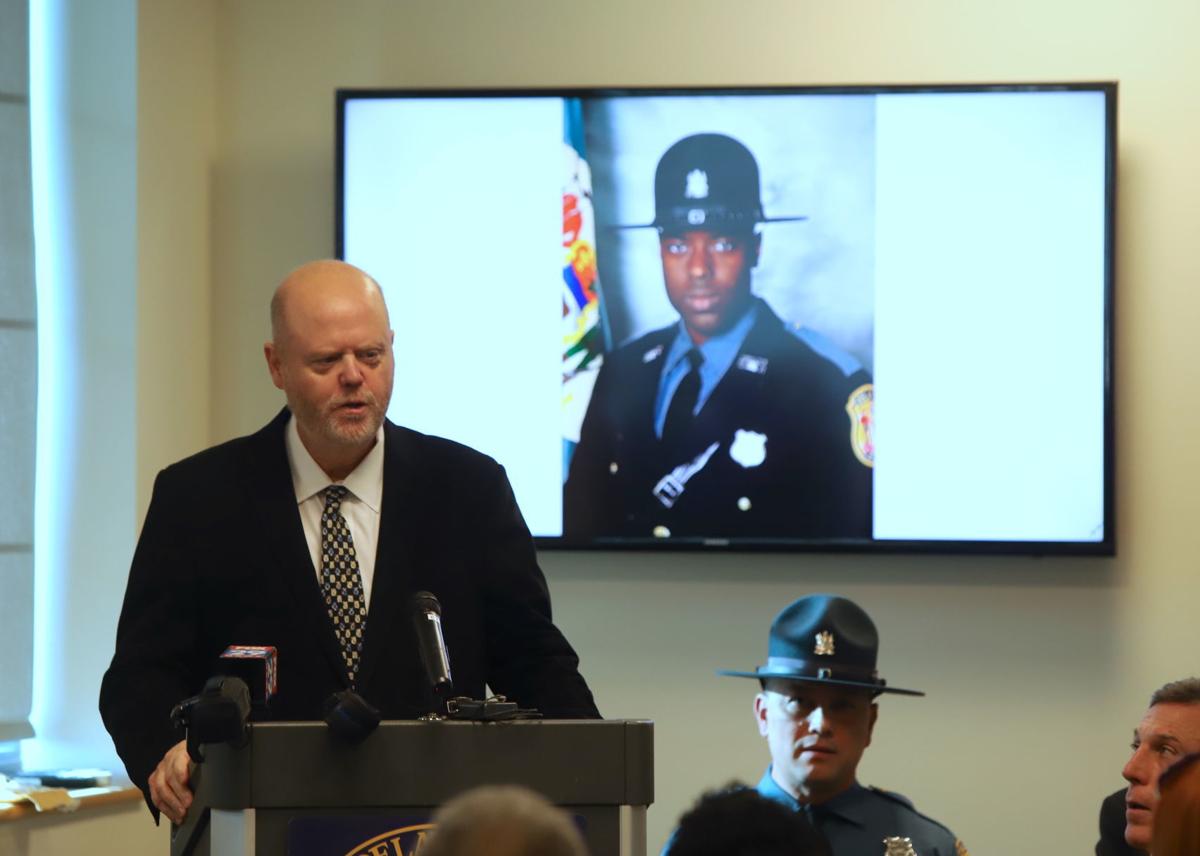 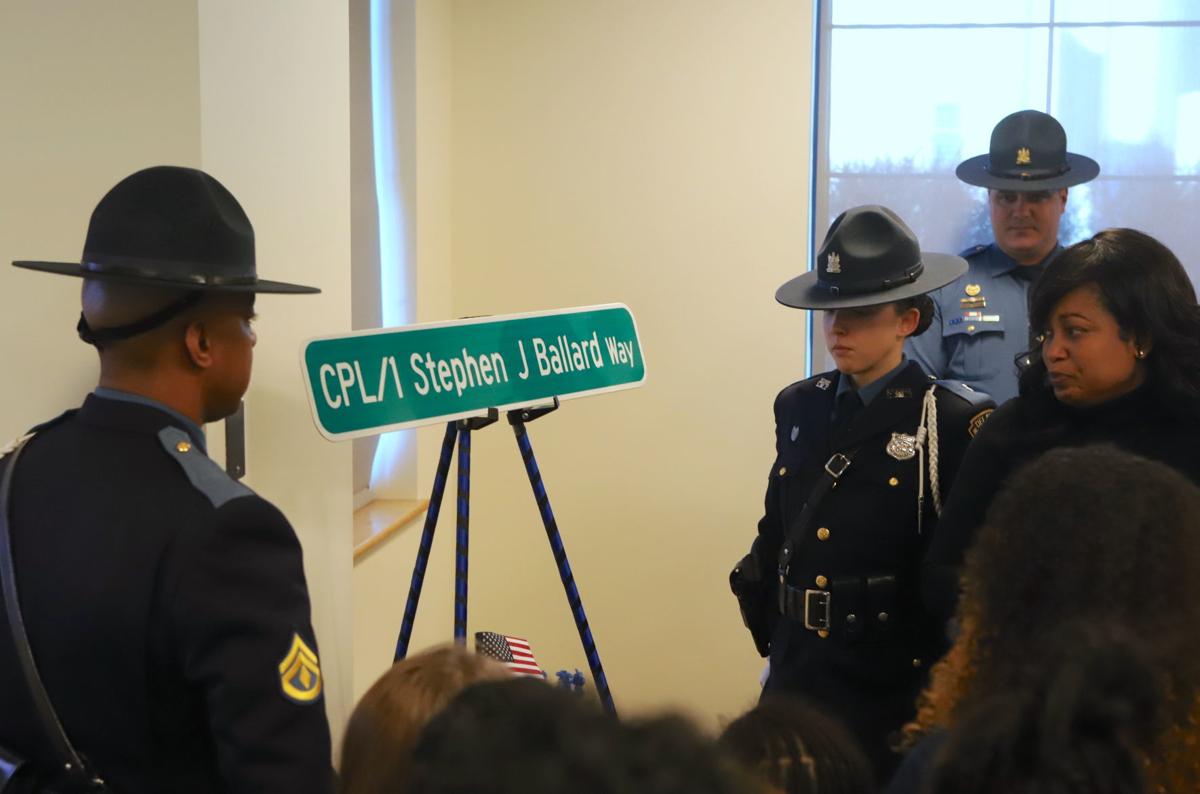 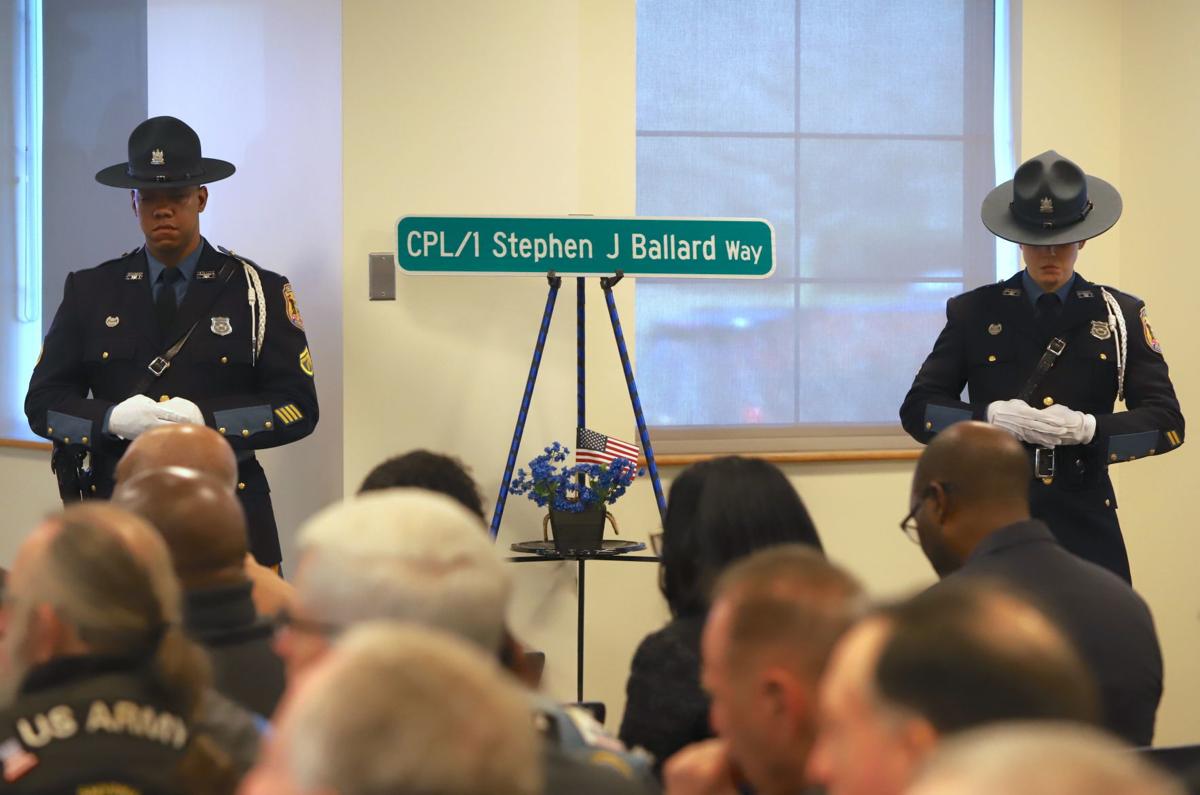 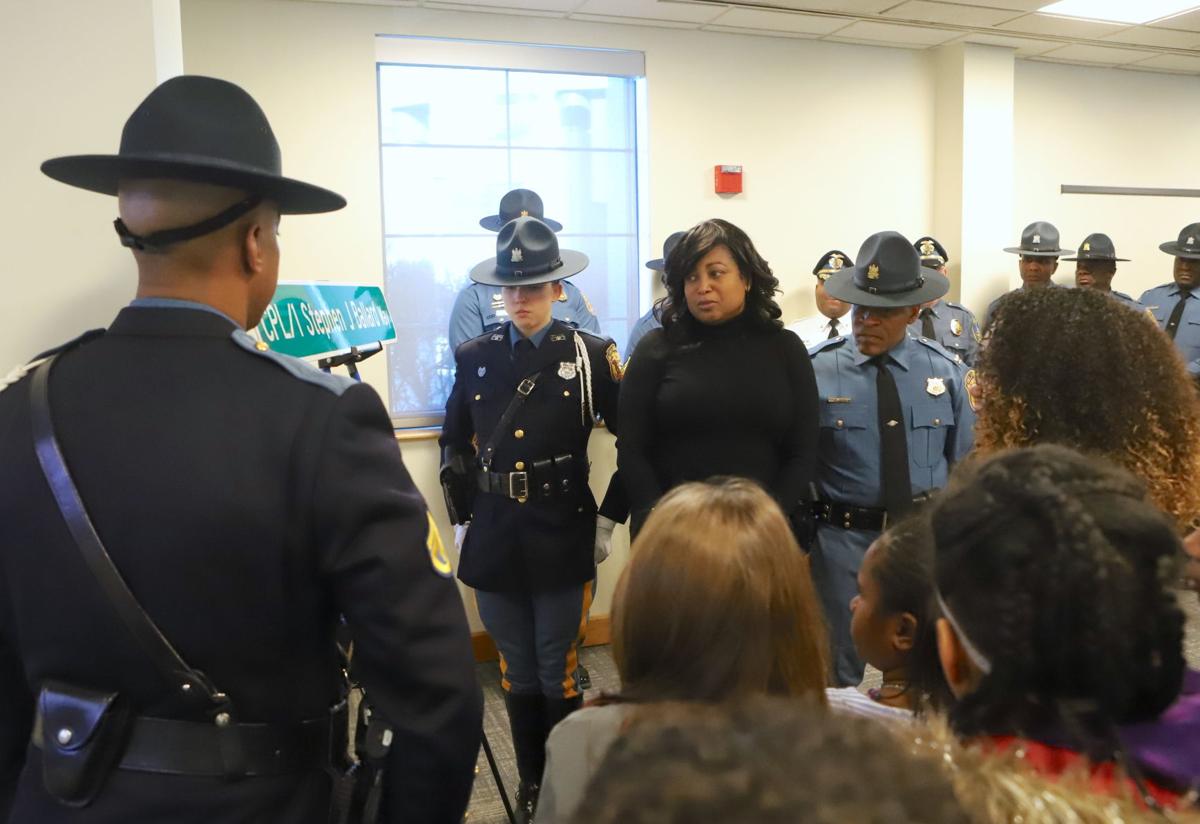 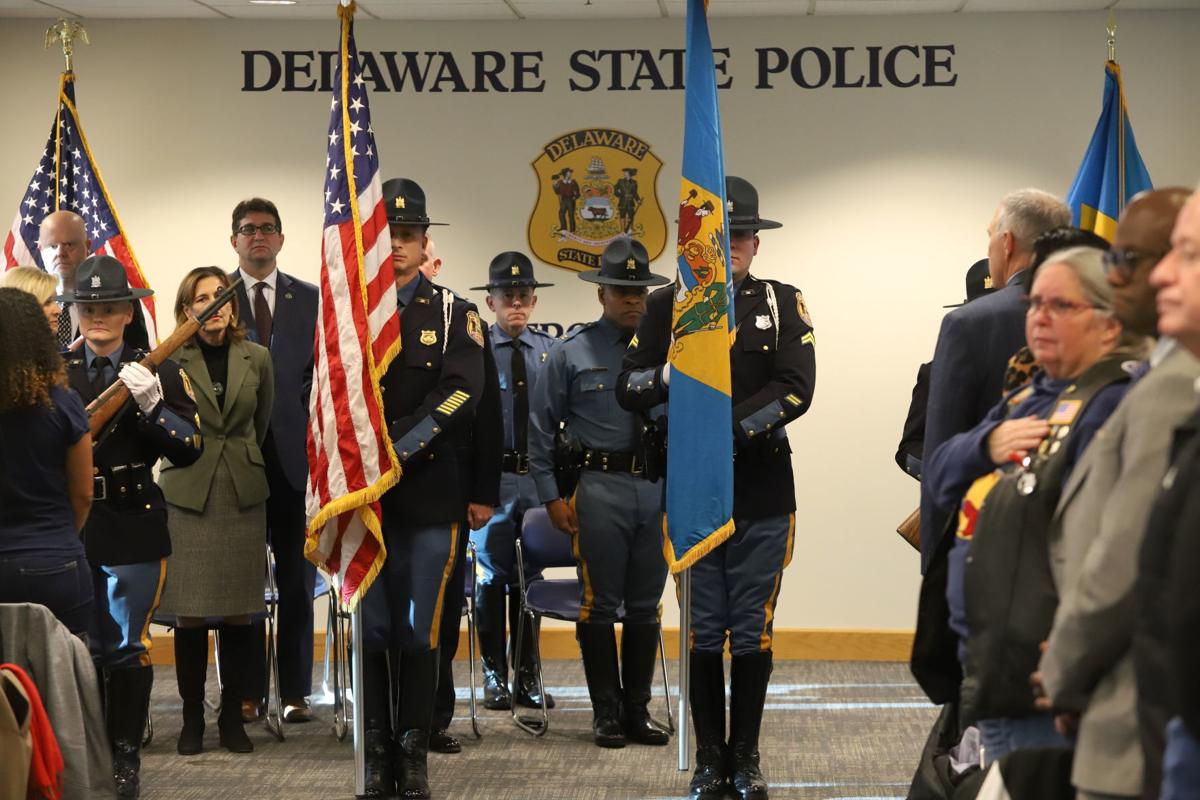 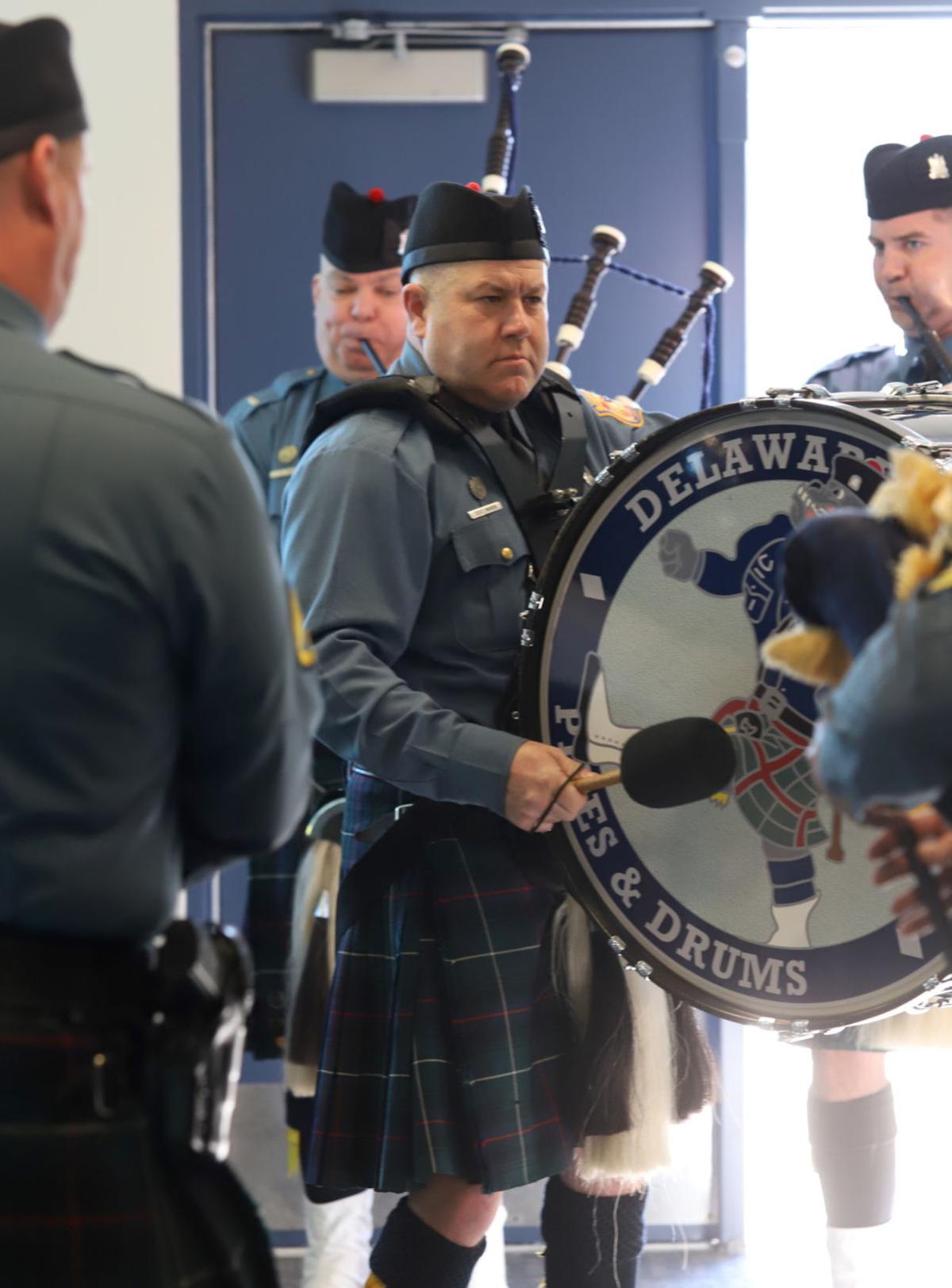 Surrounded by her daughter Abigail and students from Keene Elementary School, Louise Cummings speaks at a ceremony renaming a road in honor of her late husband, trooper Cpl. Stephen J. Ballard.

Robin Ballard speaks at a ceremony renaming a road in honor of her late son, trooper Cpl. Stephen J. Ballard.

The road leading to Delaware State Police Troop 2 in Glasgow now bears the name of a trooper who died serving his community.

“With this naming, nobody will forget Stephen’s name,” Gov. John Carney said during a ceremony at Troop 2 that was attended by Ballard’s family, police officers from several agencies and a number of elected officials. “When we all pass away, and we all going to pass away at some point, his name and his memory will live on.”

Ballard, 32, was killed in April 2017 when a suspect opened fire on him in the parking lot of a Wawa in Bear. He was in his ninth year working as a trooper.

“Stephen was committed to staying connected with the community,” said Colonel Nathaniel McQueen Jr., superintendent of Delaware State Police. “He had a true heart of a servant. If he were here today, his smile would light up the room.”

State Rep. Earl Jaques said that after Ballard’s death, constituents asked him to find a way to honor the fallen trooper. After considering other options, he decided to spearhead an effort to rename the road.

“We are remembering him and his sacrifice and reminding everyone who travels on that road about him,” Jaques said. “Future generations of troopers, students attending Keene Elementary and residents working out at the YMCA will turn on to Cpl. Ballard Way and hopefully remember him and the sacrifices all our law enforcement make each and every day.”

Ballard’s widow, Louise Cummings, noted that it’s fitting that the renaming of the road also changes the address of Keene Elementary. Ballard often volunteered at the school, located just a short walk from Troop 2.

“I just think about the children and all the people that Stephen inspired when he would go to the schools and have breakfast with the kids and he would talk to me about this one child, who he helped him fix his notebook and the kid was frustrated and irritated at first but eventually came around and said, ‘Thank you for caring about what was in my backpack because nobody ever checks,’” Cummings said.

Cummings attended the ceremony with several Keene students who are part of the Ballard’s Reading Buddies program that was founded after his death.

Ballard’s mother, Robin, said the renaming is a tribute to all fallen troopers.

“Stephen’s name may be there, but he represents them all,” she said.