An artist's rendering of the new Dash In convenience store planned for the Shell gas station at 380 E. Chestnut Hill Road. 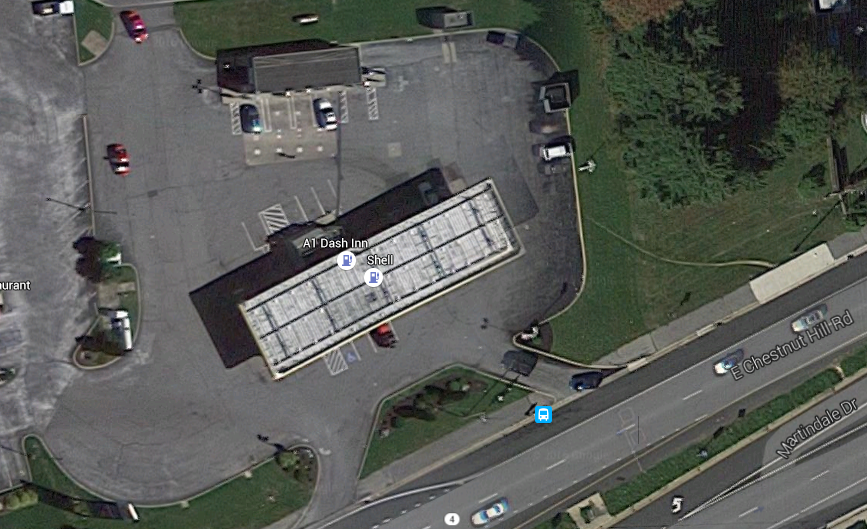 An artist's rendering of the new Dash In convenience store planned for the Shell gas station at 380 E. Chestnut Hill Road.

By next year, the Shell gas station and Dash In convenience store on the corner of East Chestnut Hill Road and Marrows Road will look noticeably different.

That’s because the entire site is getting a much-needed facelift, including a new convenience store nearly three times the size of the current one, a new car wash, more parking spaces and a reconfigured entrance and exit.

According to Shawn Tucker, a lawyer representing Dash In Food Stores, which owns the property at 380 E. Chestnut Hill Road, the renovations are part of a larger effort to bring some of the gas stations in the county up to current standards.

Tucker said the company owns 43 Shell and Exxon stations in New Castle County. The Brookside location is considered “one of their older Cokes and smokes stores,” and just one of three they are planning to redevelop with an updated convenience store, he said.

“That I think will have a significant impact on passersby,” Tucker said.

Briana Jatlow, real estate manager for Dash In Food Stores, said the gas station was first built in 1984 by Texaco and then sold to Motiva Enterprises, LLC, in 2000. It was later purchased by Southern Maryland Oil, the Wills Group and Dash In.

However, over the years, Jatlow said the convenience store needs in Brookside have changed – customers want larger stores with more food options and a more modern atmosphere. She said the new, 3,383-square-foot store will have a wider selection of existing items, expanded food service offerings and public restrooms with multiple stalls.

The six gas pumps there today will remain, but the site will be reconfigured to make room for 25 parking spaces and a new entrance and exit off East Chestnut Hill Road. The carwash currently behind the store will also be moving to the side for easier access.

Tucker said the project is moving along now that the New Castle County Board of Adjustment recently granted all of the setback-related variances. The plan is to start construction next spring and reopen in the fall of 2017. During the renovations, the site will be closed to customers.

So far, he said, nearby residents and business owners haven’t voiced much opposition to the project.

“I think they see it as improving the area because right now it’s an eyesore,” he said.