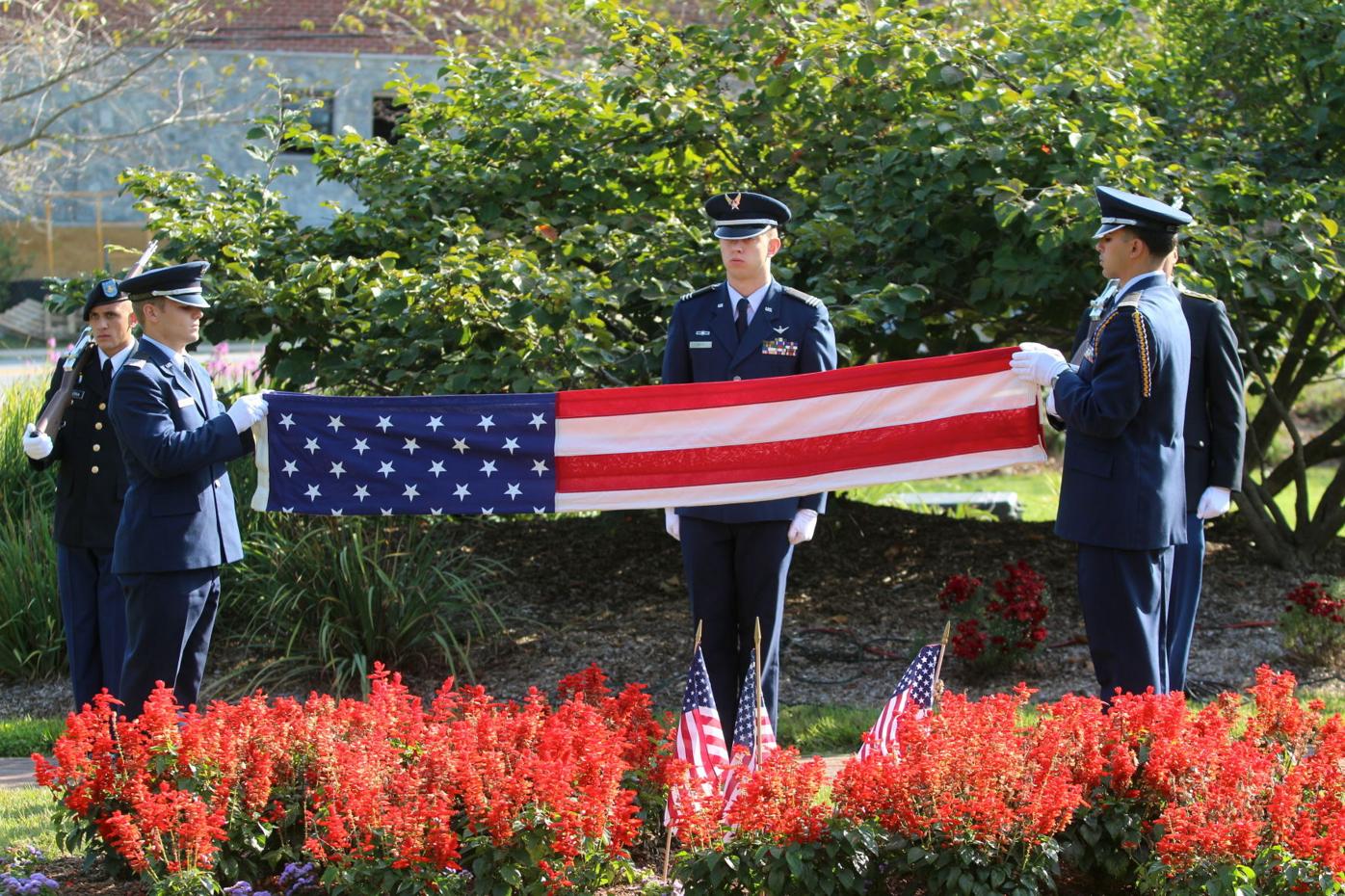 ROTC cadets from the University of Delaware fold a flag during a 9/11 remembrance ceremony at Olan Thomas Park in 2017. 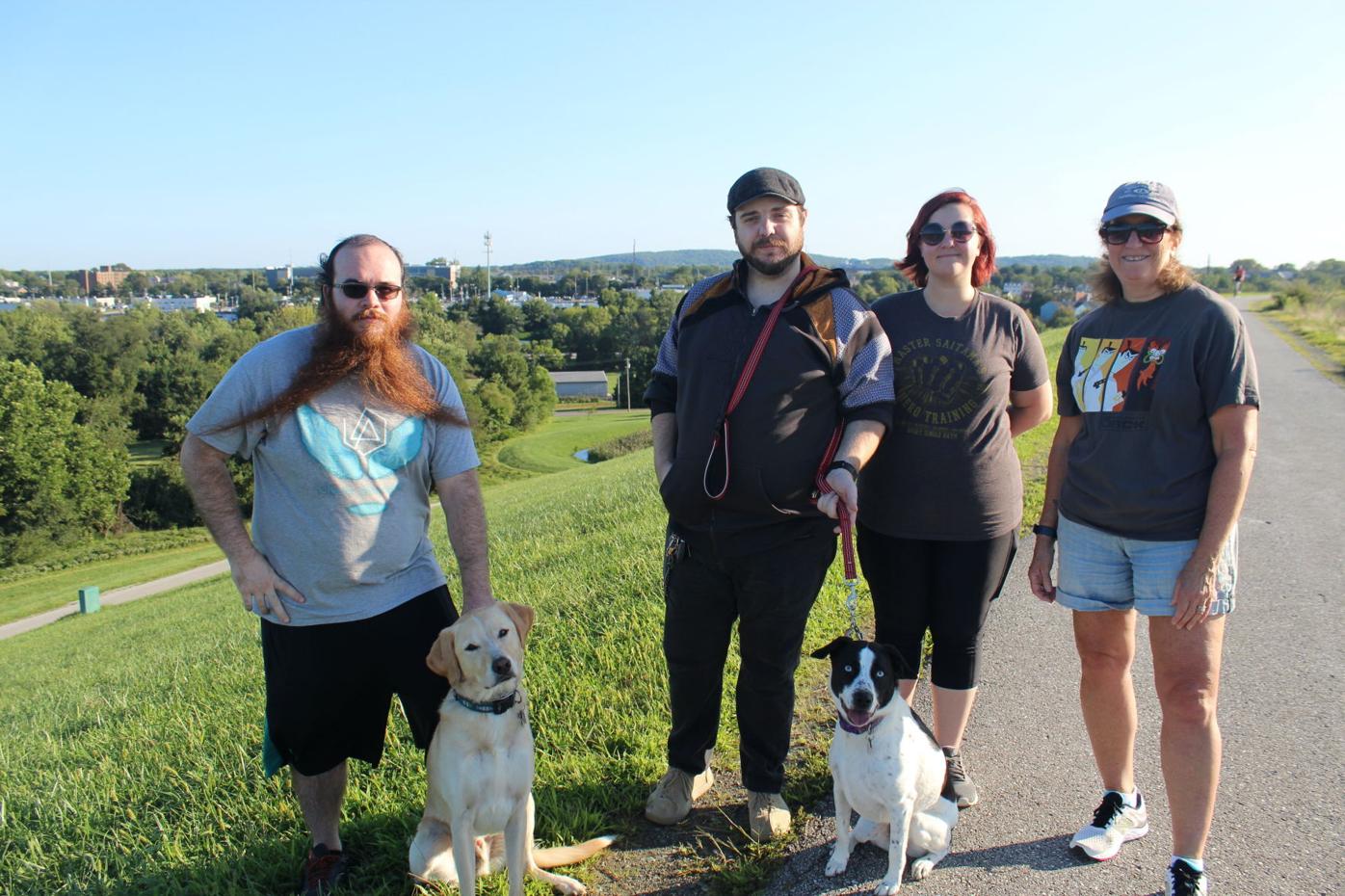 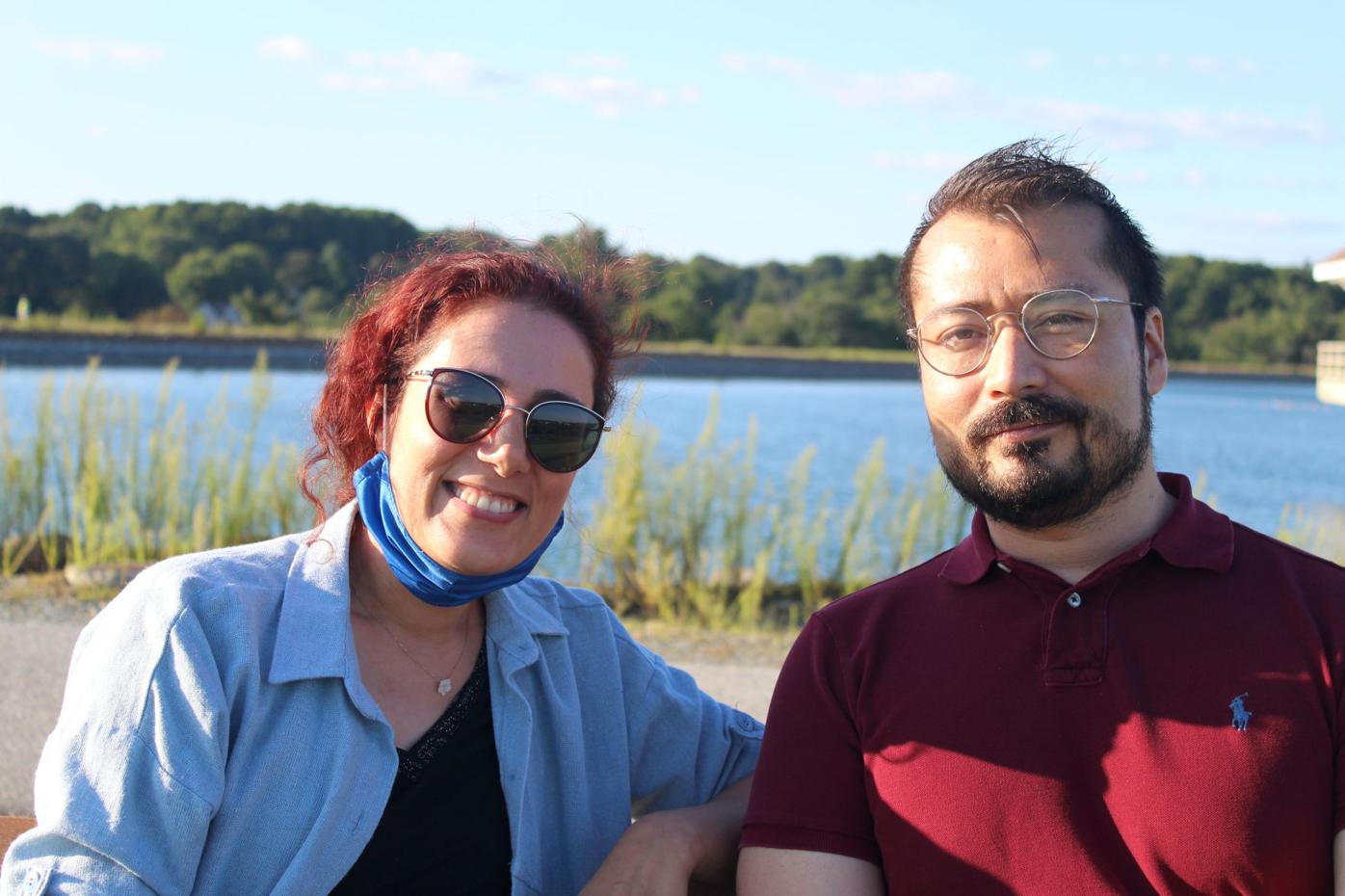 Alejandro Parada (left) and Derya Akpinar (right) both saw how 9/11 reverberated across the world, in their home countries of Colombia and Turkey respectively.

ROTC cadets from the University of Delaware fold a flag during a 9/11 remembrance ceremony at Olan Thomas Park in 2017.

Alejandro Parada (left) and Derya Akpinar (right) both saw how 9/11 reverberated across the world, in their home countries of Colombia and Turkey respectively.

Many Newark residents, whether they experienced Sept. 11, 2001, first-hand or through a television screen, remember that day and how it changed the country forever.

“It's my generation's Pearl Harbor,” Lisa Applegate said as the 20th anniversary of the terrorist attacks approached.

Applegate was at work on the West Coast when she heard about the news and had to evacuate the office building.

William Short was 11 years old when 9/11 happened and said he doesn’t remember that fateful day but has a clear picture of the day after of how his mother dealt with the event by collecting every piece of 911 information she could, from newspapers to a full VHS recording of the news broadcast.

“I remember we sat outside Rite-Aid for five hours waiting for the newspapers to drop so she could buy it,” Short said

“Finding ways to improve and move on from it seems healthier then, No, I want everything about this event so I can always remember this event,” Short said.

Newark resident Sharon Fullerton lost a college friend during 9/11. On the anniversary each year, she thinks about how many people's lives were lost, but also how many freedoms were lost due to increased surveillance.

“I will never forget the bodies,” Fullerton said “You can't unsee people jumping for their lives.”

Alejandro Parada, who now lives in Newark, said his teacher in Bucaramanga, Colombia, wanted to show the class a documentary but instead ended up showing the news about 9/11. Parada said the event was shocking because of the close ties between the United States and Colombia and the influence the U.S. has on Colombian politics.

“All the news that day and the next day were about the attacks,” Parada said.

He said the surprising part of moving to the U.S was discovering how many people believe in conspiracy theories about 9/11.

“For us, the news said it was a terrorist attack and that’s what happened," he said. "When I moved here and heard people who looked more or less reasonable saying it was a conspiracy. I was surprised by that."

University of Delaware professor Lydia Timmins reported on 9/11 for NBC10 in Philadelphia while living in Newark. Timmins worked as a producer on a morning show but was asked to drive to New York with a camera man and a reporter. She recalled that at first, people thought it might have been an accident.

"We heard about the Pentagon, and we were like 'this is not an accident,'" Timmins said.

Timmins planned to go into Manhattan but instead the team went to Liberty State Park in New Jersey, where many people were brought by boat during the evacuation of Manhattan.

“Everything that could float was bringing people from Manhattan over across the river,” Timmins said.

Timmins said many people asked her for information about what happened, but information was hard to come by. The World Trade Center was home to many cellphone towers, so its collapse affected communications.

In the late afternoon, police told Timmins that her team had to leave, but there were still boats arriving.

“He said ‘Ma'am those boats are full of parts, there are no people on them." I just realized all those doctors and nurses were standing there waiting for patients to treat, but there were no patients, it was just bodies,” Timmins said.

Timmins talked to many survivors about their experience dealing with the trauma of what happened.

“One guy was walking in line holding a piece of paper in his hand. He was very calm telling his story. And I said, 'What's that paper' and he said, 'It's from an office on the second floor and they're all dead now.' He just started to cry,” Timmins said, noting that she hugged the man as he cried.

Her strongest memory of the event was the smell of burning concrete as the towers burnt. Timmins attempted to interview an EMT, but he turned around and she could see he was covered in blood.

“I've never seen so much blood on one person,” Timmins said. “He was covered in blood. And his eyes were vacant. And so of course I couldn't interview him but he just was like, ‘Everything's gone. They're gone. They're dead.’”

Timmins recalled meeting a 2-year-old girl who got separated from her parents and ended up on an evacuation boat. Bystanders asked her to put the girl on the news so her parents could find her.

“I got into journalism because I wanted to witness history,” Timmins said. “That's probably the most amazing, horrible history that I've witnessed.”

Timmins said the events she witnessed still has an impact on her today.

“My colleagues know that I shut the door if I'm in my office on 9/11,” Timmins said. “At the time when the first plane hit, my hand starts to shake.”