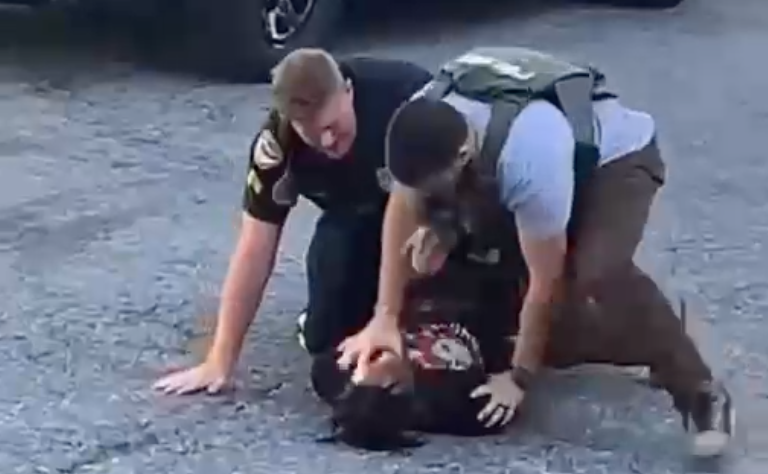 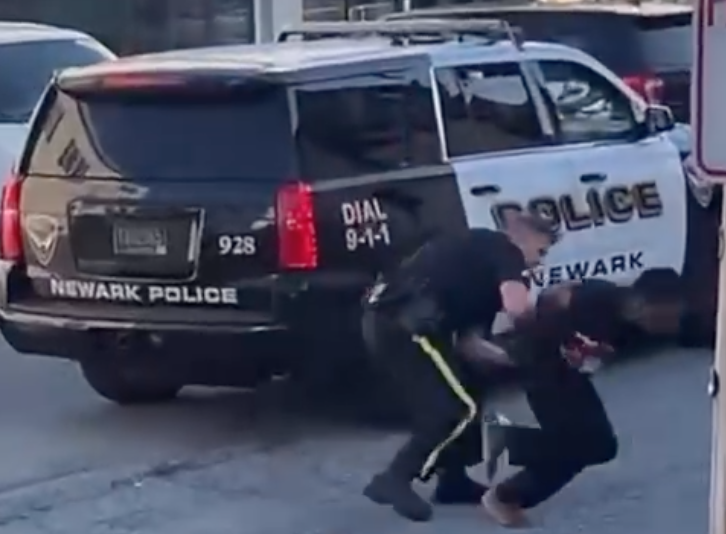 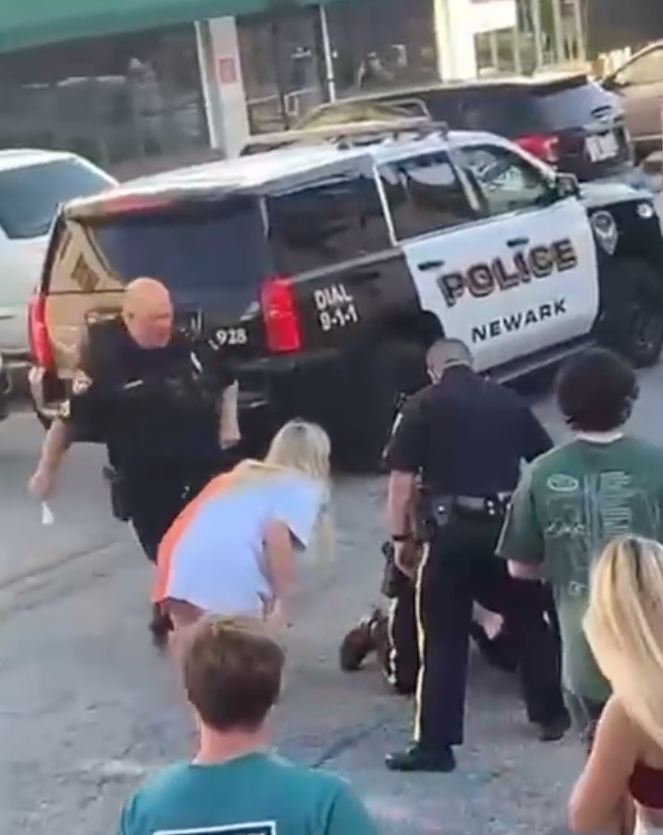 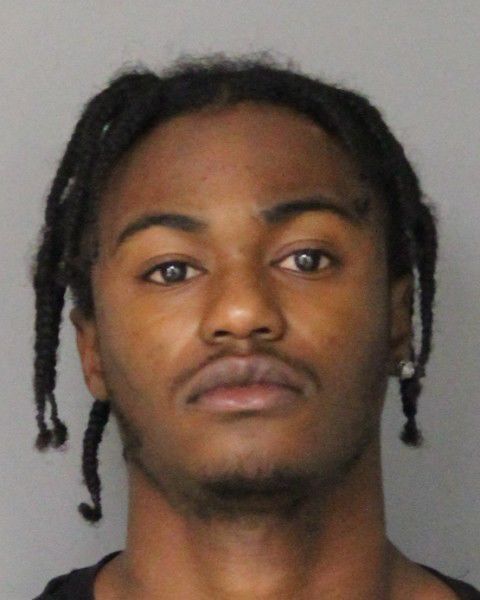 A man accused of trying to sell drugs to University of Delaware students was arrested in downtown Newark on Saturday after a struggle with police that was witnessed by dozens of UD students.

Video of the arrest, which shows officers taking the man to the ground and then struggling to get him into a police car, is circulating on social media.

Lt. Andrew Rubin, a spokesman for the Newark Police Department, said the arrest came after a nine-month investigation into Thomas Alie, 21, of Middletown, who police believe was advertising the sale of drugs on social media.

“Alie ran from officers and was taken into custody after a short foot chase. Officers walked him to a patrol vehicle and began to search him,” Rubin said. “Alie, now handcuffed, attempted to flee again from officers and after a brief struggle was placed into a police car.”

Rubin said three officers suffered scrapes and other minor injuries during the scuffle but did not need medical attention. Alie was not injured, he added.

Alie was charged with possession of drugs with intent to deliver, resisting arrest with force or violence and driving the wrong way on a one-way street. He was jailed after failing to post $23,650 secured bail.

Alie’s arrest played out in a dramatic scene on Choate Street, where a number of UD students were outside partying or hanging out on porches.

A 23-second clip of the arrest, provided to the Newark Post by a witness, shows a handcuffed Alie pulling away from an officer.

Two officers throw Alie to the ground and hold him there for approximately seven seconds as some of the witnesses yell at police and at least two approach the officers.

At one point, it appears the officers briefly have their hands on or near Alie’s neck while he is on the ground.

One witness, who didn’t give his name, said the video gained traction on social media and led to complaints from some who believe the police were too aggressive.

“It kind of caught everyone by shock how they pinned him down like that and his head hit the concrete,” he said. “It seemed a little bit excessive, that’s what my opinion and everyone else’s was.”

Rubin said the incident is still under investigation.

“We’re aware of some video on social media, which shows just a short portion of the entire incident. All uses of force are reviewed internally at multiple levels, and this use of force will go through the same process as does any other use of force,” Rubin said.

“No use of force or resisting arrest is ever going to look good. There are people out there who don’t want to be arrested, and we have to use necessary reasonable force to make the arrest,” Rubin said.

He added that drug dealing is considered a violent felony under Delaware law.

“I think it’s important for them to know that this was the arrest of a violent felon,” he said. “This wasn’t like, you know, some kid underage drinking and you see officers throwing him to the ground. The video captures the second time he resisted arrest and the officers then taking him back into custody.”

“Were their hands on his chest and shoulders? Yes. At one point, one of the officers was trying to steady himself. They just were wrestling with this guy and took him to the ground,” Rubin said. “There was no attempt to choke him and as you can see from the video, he was down, up and in the police car within seconds.”

However, he said NPD’s policy does not allow for the public release of body camera footage.