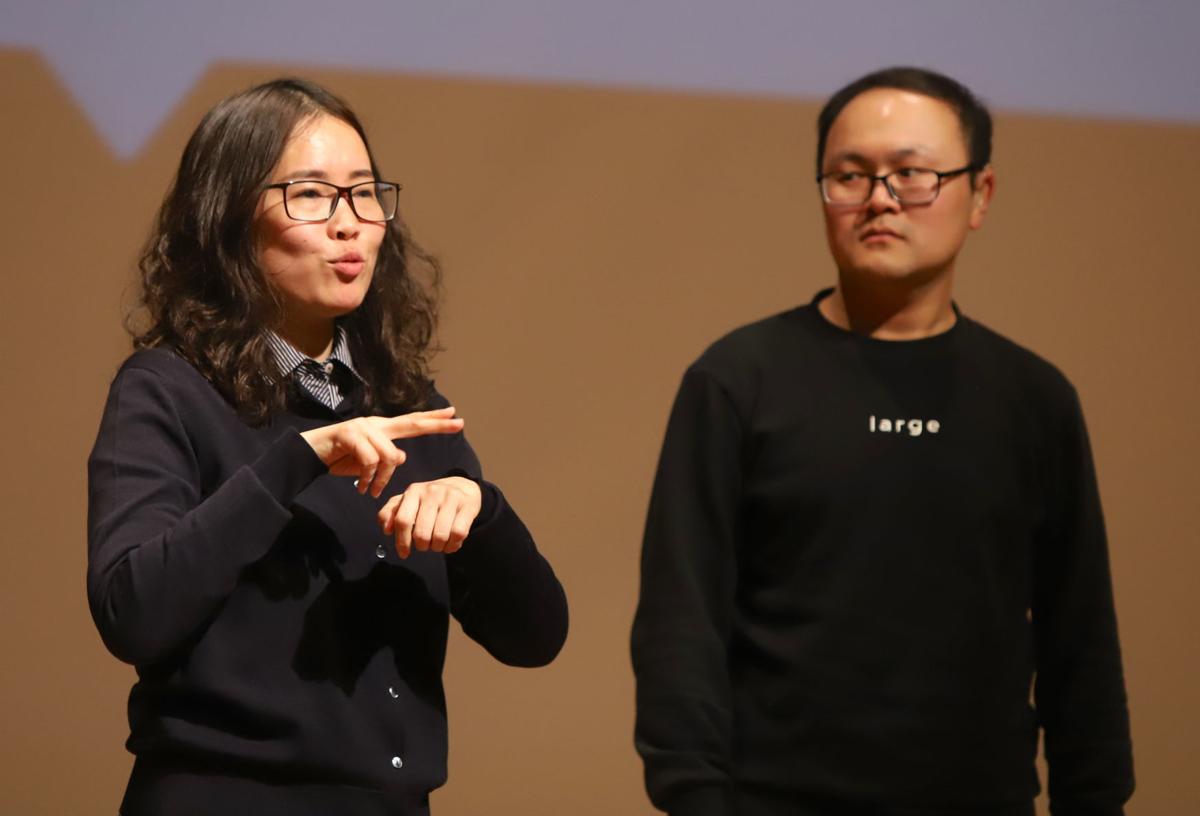 Researcher Xiaorong Zhou and intern Zhiyuan Hou, both from China, address students at the Delaware School for the Deaf. 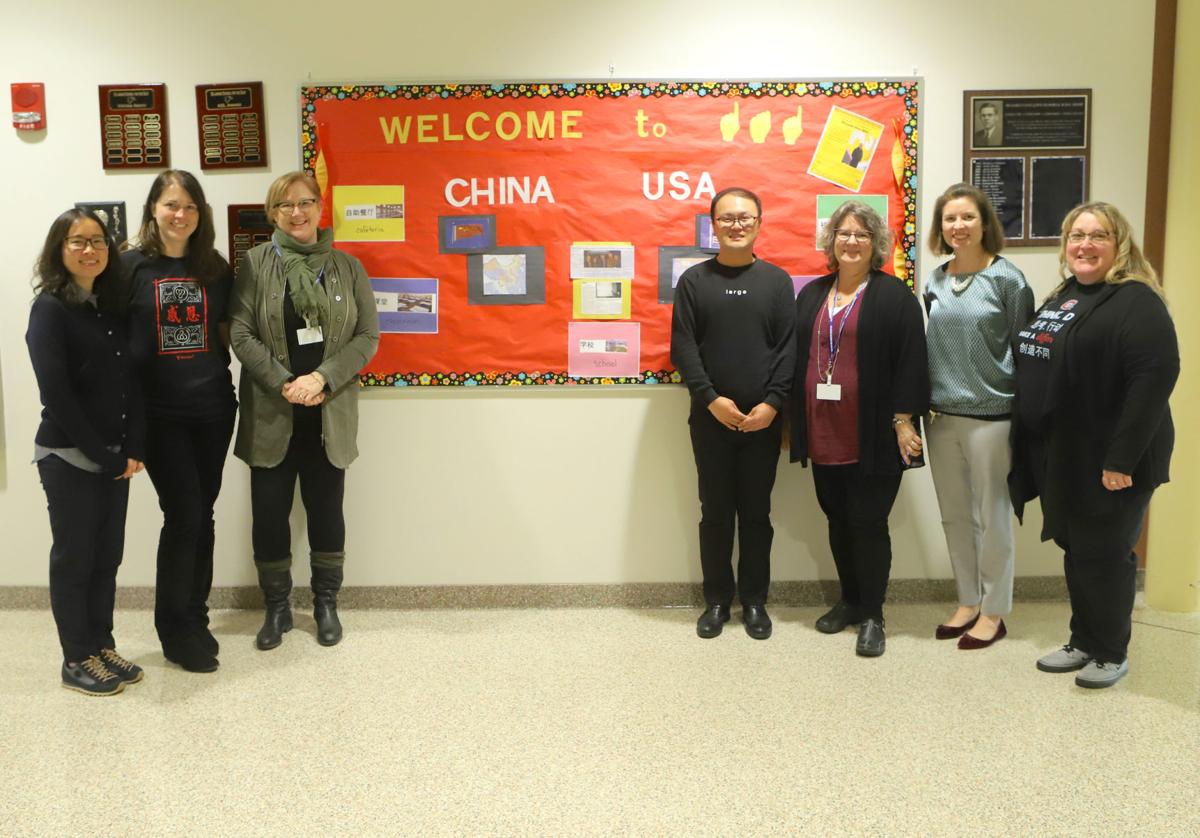 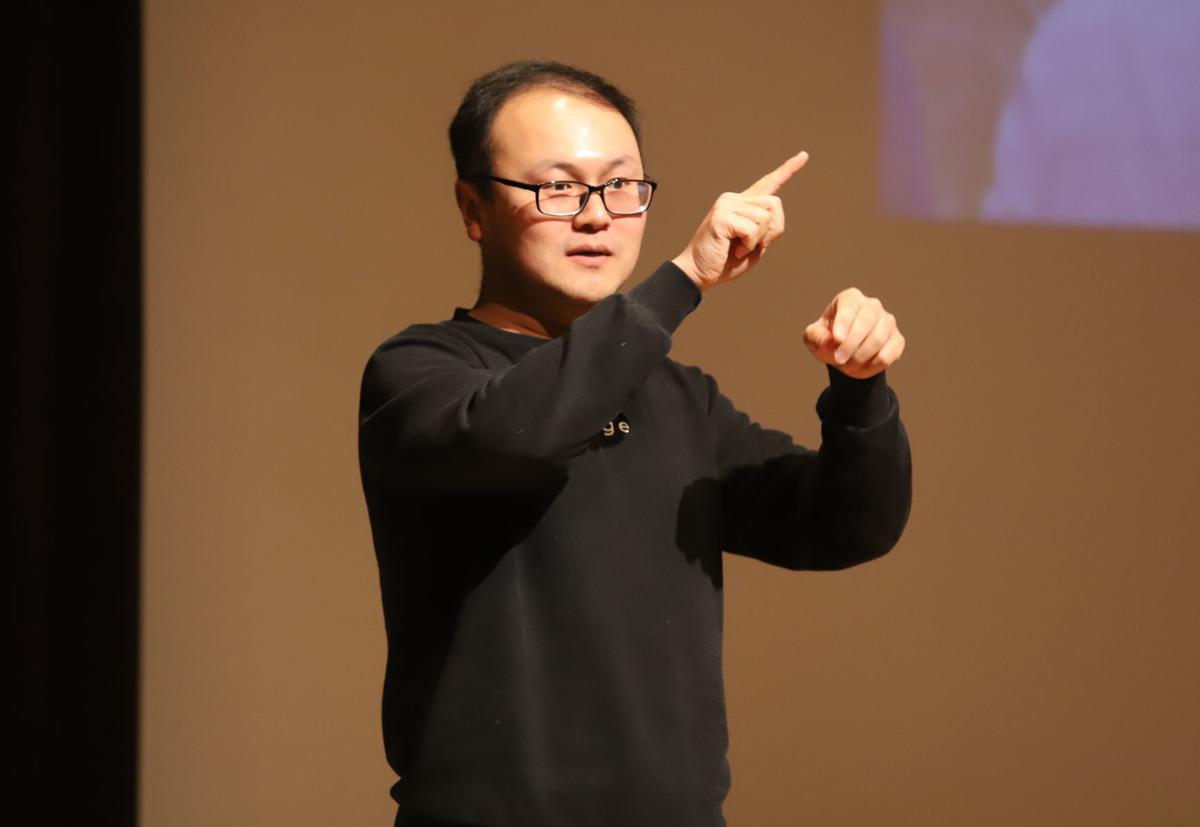 Zhiyuan Hou, a deaf graduate student from China, will spend a year interning at the Delaware School for the Deaf.

Researcher Xiaorong Zhou and intern Zhiyuan Hou, both from China, address students at the Delaware School for the Deaf.

Zhiyuan Hou, a deaf graduate student from China, will spend a year interning at the Delaware School for the Deaf.

A new program at the Delaware School for the Deaf is expected to pay dividends both here in Newark and in China.

Zhiyuan Hou, a deaf graduate student from China, will spend the next year at DSD teaching the students about Chinese Sign Language and Chinese culture. At the same time, he will learn more about deaf education in the United States and be able to take that knowledge back to his home country.

“It’s a win-win,” said Kathy Johnson, a professor and director of the Confucius Institute at St. Cloud State University in Minnesota.

Hou is one of three Chinese grad students who are interning in American K-12 schools through a pilot program established by St. Cloud State. The others were placed in deaf schools in Minnesota and Iowa.

He will live in the dorms at DSD and spend a year working with the students. The East Chestnut Hill Road school, which serves about 115 students from birth to 21, is operated by the Christina School District but provides support to all public schools and charters in Delaware.

“I want them to learn Chinese Sign Language, learn a second language, so we can communicate through different cultures,” Hou said.

Chinese Sign Language and American Sign Language are as different as the two spoken languages, said Xiaorong Zhou, a deaf Chinese researcher working with St. Cloud State and spending two weeks at DSD. Many of the signs are different, and the two languages employ different hand shapes and facial expressions.

“I’m so happy to come to the U.S. to collaborate,” said Zhou, who speaks six languages and runs a company that trains Chinese teachers in Chinese Sign Language.

DSD held a school-wide assembly on Friday to introduce the students to Hou and Zhou, who talked briefly about their experiences growing up in China and answered questions from the DSD students, who excitedly asked about the Chinese signs for various words.

DSD is also encouraging families to invite Hou to their homes or take him sightseeing around Delaware.

Christine Sharkey, a teacher at DSD, said the chance to learn Chinese Sign Language is a big deal for her students.

“They’re going to be learning another language. Deaf kids don’t have that opportunity anywhere,” Sharkey said. “They’re so excited.”

She is still developing the curriculum but said she expects it to involve learning about the Chinese culture, not just the language.

“You can’t learn a language in isolation,” she said. “You have to put it with a culture.”

Johnson and Knopf, who have traveled to China to work with deaf educators there, said they hope the program continues, with DSD getting a new intern each year and the initiative eventually expanding to other deaf schools around the country.

They also hope to take a group of DSD students to China in 2021.

While helping American kids learn Chinese Sign Language, the interns will develop the leadership skills they need to improve deaf education in China.

In China, education for deaf students is less student-centered.

Most of the teachers in China aren’t deaf, and they receive little training in how to teach deaf kids, Knopf said.

Career opportunities are limited for Chinese deaf students, who are generally limited to studying either computers or art in college, she added.