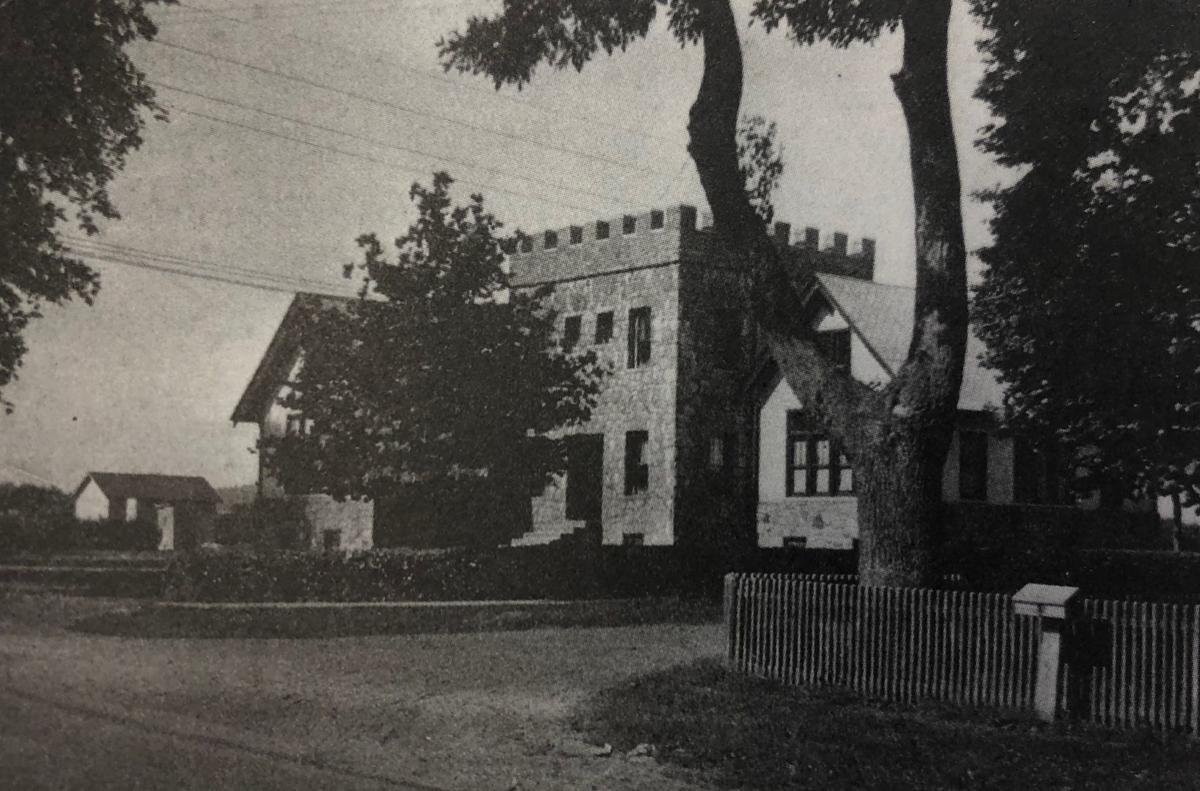 Everett Johnson ran the Newark Post out of the Press of Kells, located at the corner of West Park Place and South College Avenue. 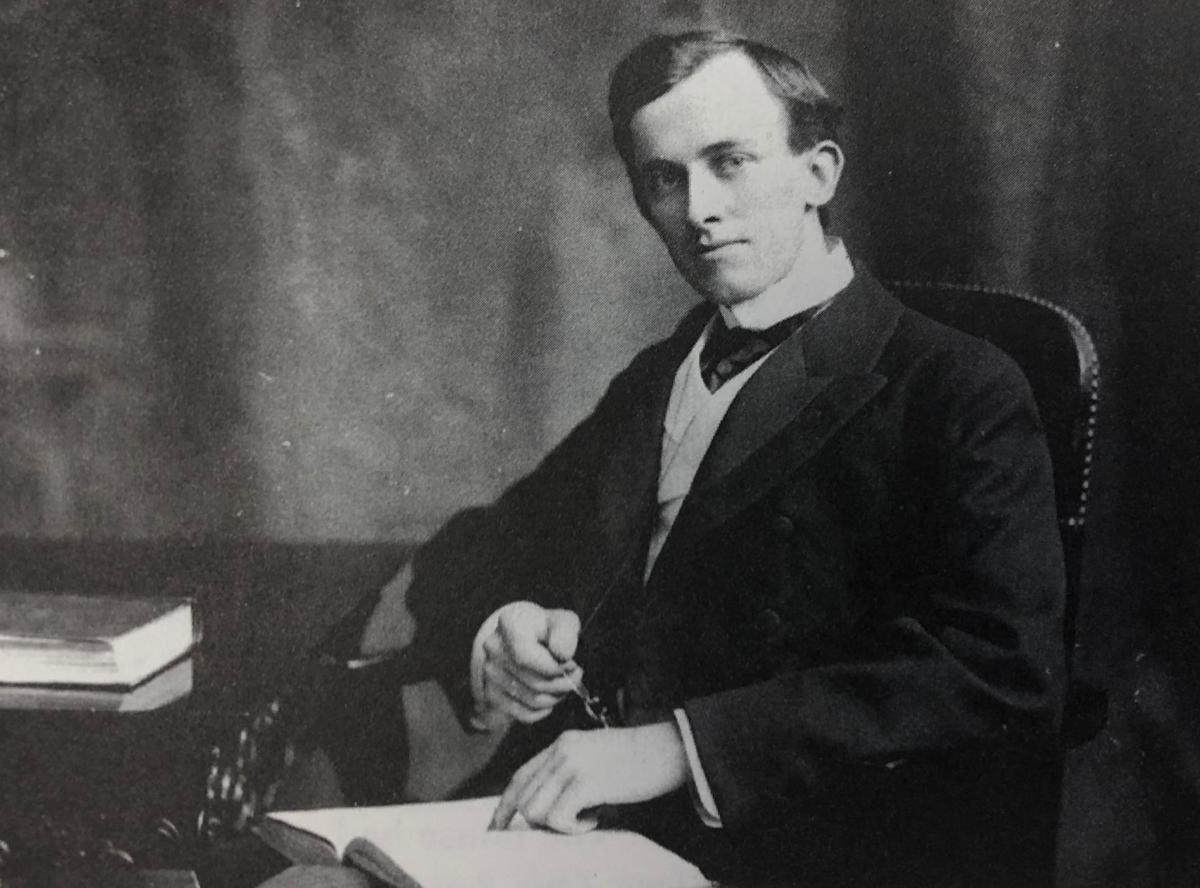 Everett Johnson ran the Newark Post out of the Press of Kells, located at the corner of West Park Place and South College Avenue.

“I just want to do it – to have a paper as a medium for other people, and to try to do something really worthwhile for the town and country. And a paper can do that, if the right man is at the back of it. Whether I am the right man is to be proven.” – Everett C. Johnson, Jan. 26, 1910

It’s been exactly 110 years since Newark Post founder Everett C. Johnson penned those words, which he printed in the inaugural edition of this newspaper.

Born in Sussex County, Johnson attended Delaware College and gained experience in journalism by working for the student paper, The Review. After graduating, he briefly taught at a college in Baltimore but dreamed of returning to Newark to start a newspaper.

He did just that in 1910, founding the Newark Post and a printing shop in a former hotel located at the southeast corner of Main Street and Depot Road (now South College Avenue), where a University of Delaware volleyball court sits today.

That first issue featured the news of day – farmers were unhappy about the price of milk, Continental Fibre was planning a big addition, and Newarkers were looking forward to a winter carnival at St. John’s Catholic Church – as well as an editorial from Johnson, laying out the fledgling paper’s mission. The Newark Post, he wrote, would stand for “Good Roads, Flowers, Parks, Better Schools, Trees, Pure Water, Fresh Air and Sunshine for somebody and work for somebody.”

In 1915, Johnson sold the property to Delaware College (now UD) and moved his newspaper and publishing company to the corner of Depot Road and West Park Place, which became known as the Press of Kells.

Johnson, who went on to serve as Delaware’s secretary of state, continued to run the Post until his untimely death in 1926 at the age of 48. The newspaper went through a series of owners before merging with the competing Newark Weekly in 1969. It was purchased in 1976 by Chesapeake Publishing, which continues to own it today under the auspices of Adams Publishing Group.

Things have certainly changed a lot since those early days at the Press of Kells. Technology has changed the way we do our jobs in ways Johnson could never have imagined. The advent of the internet changed our business model and resulted in many of our readers experiencing the Post on their computers or phone rather than in print. Besides other media organizations, our “competition” now includes social media rumors that can fly across the web way faster than verified journalism can.

But through it all, the core mission remains the same. Our goal is still, as Johnson wrote more than a century ago, “to do something really worthwhile for the town and country.” In every issue, we strive to hold accountable those in power, keep residents informed about their government and tell stories that help create a sense of community here in Newark.

That’s more important than ever now, in an era when most statewide media outlets all but ignore Newark and a deluge of information online can make it hard to discern fact from fiction.

I truly believe that when done right, journalism is a public service. As a native Newarker who grew up reading the Post at my grandmother’s house from an early age, I try not to lose sight of how privileged I am to be able to work at my hometown newspaper and tell my town’s stories.

That said, no newspaper can be successful without a community that supports it. So with that in mind, I’ll use the rest of this space to acknowledge some of the folks without whom this wouldn’t be possible.

Thank you to everyone at the Post and APG Chesapeake who help ensure the news hits newsstands (and computer screens) every week – not just the journalists, but also the paginators, press workers, delivery drivers, ad reps, IT managers and other support staff who keep the operation humming but often go overlooked.

Thank you to the community members who reach out to tip us off to news or suggest a story to look into. As hard as we try, we can’t be everywhere, and I’ve lost count of the number of times I’ve received an email, call or passing comment out in the community that has led to an important story.

Thank you to our advertisers, local businesses who understand both the value of print advertising and the importance of supporting community newspapers.

Thank you to the government officials and other local leaders who, for the most part, understand and value the importance of a free press. While we’ve certainly had our share of battles for information at times, when we look at what some of our counterparts in other states and at the national level face, we’re appreciative of the transparency here in Newark.

Most of all, thanks to you, our readers. By picking up a newspaper, clicking on a story, signing up for our newsletter, sharing an article with a friend, or offering feedback about our coverage, you’re showing your support for real community journalism. I’m always touched when I get an email or have a quick conversation on Main Street offering a supportive word, and when the feedback isn’t so positive, well, that can be helpful, too.

I’ll end with another of my favorite Everett Johnson quotes: “Print all the truth you dare – and dare a little more each week.”

Hooray for local journalism! Josh and all the staff do a fine job keeping us informed. Here's to another 110!