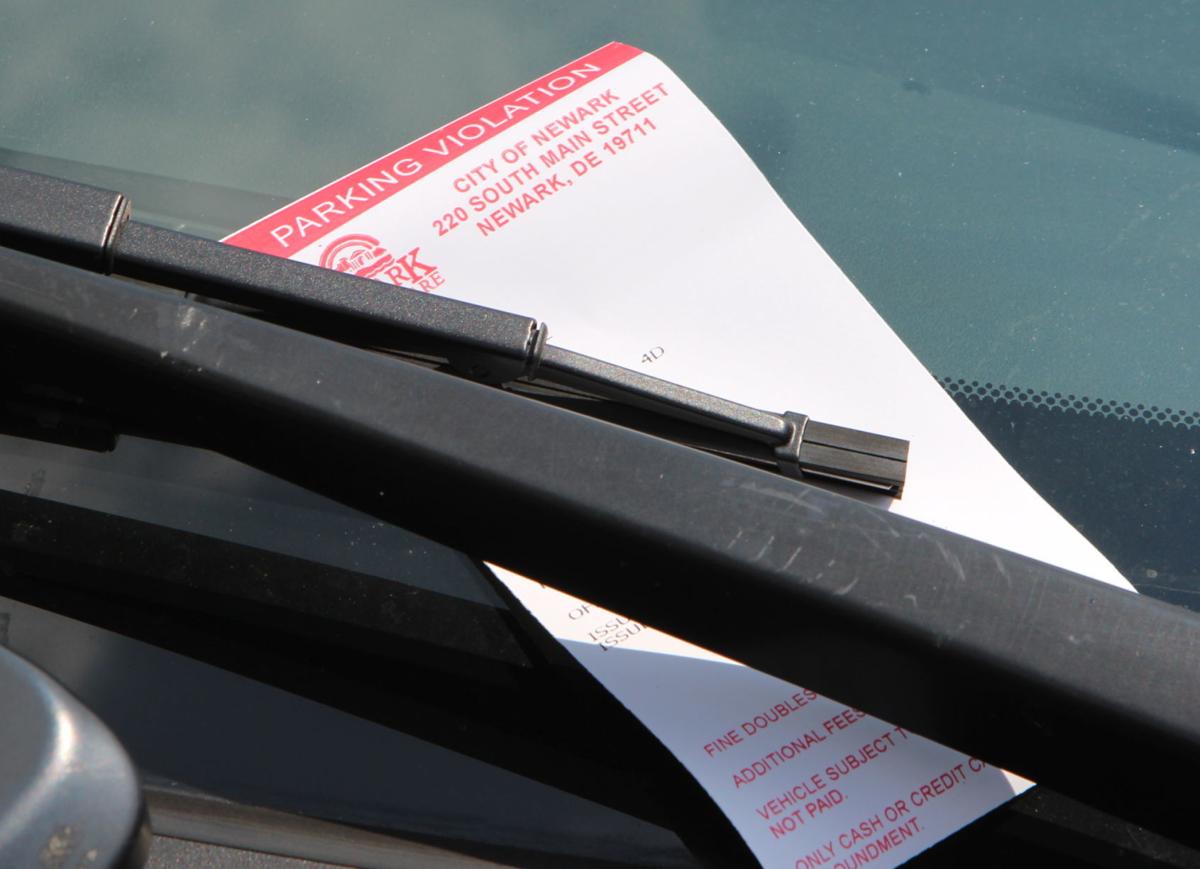 A parking system planned for Newark's municipal parking lots would mean drivers who are late returning to their cars would be subject to fines, just like at on-street meters. 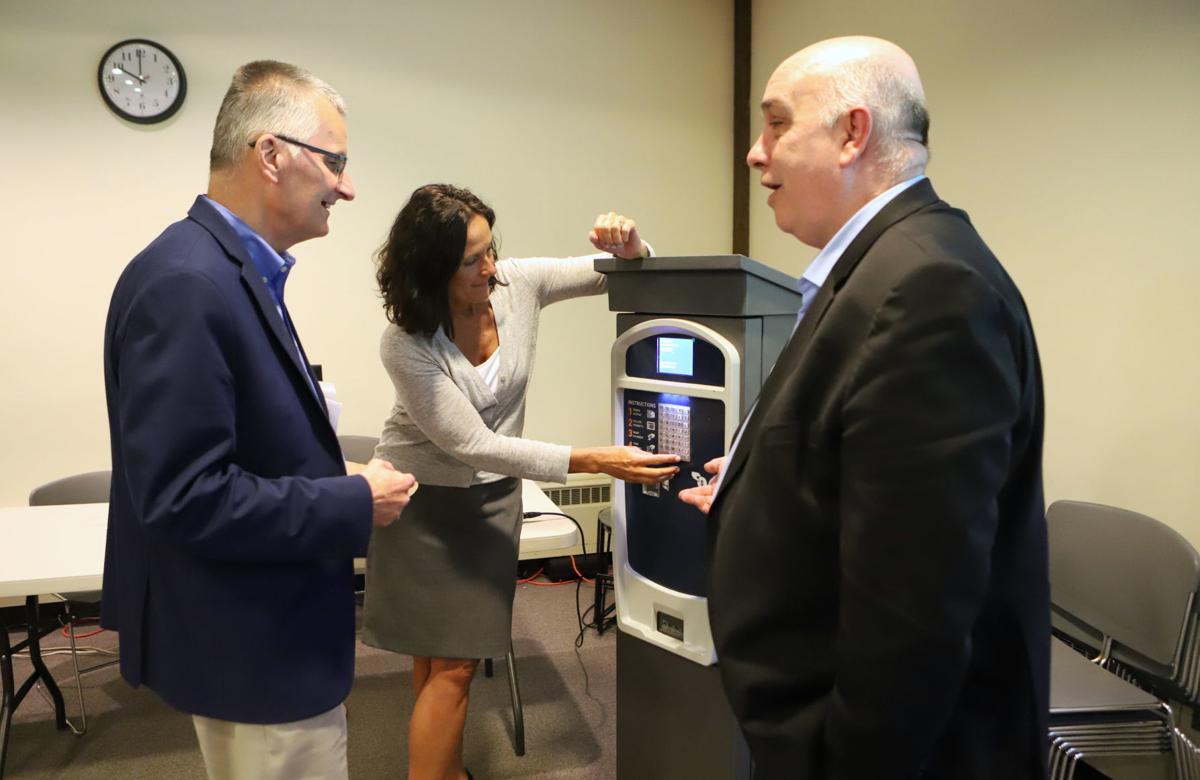 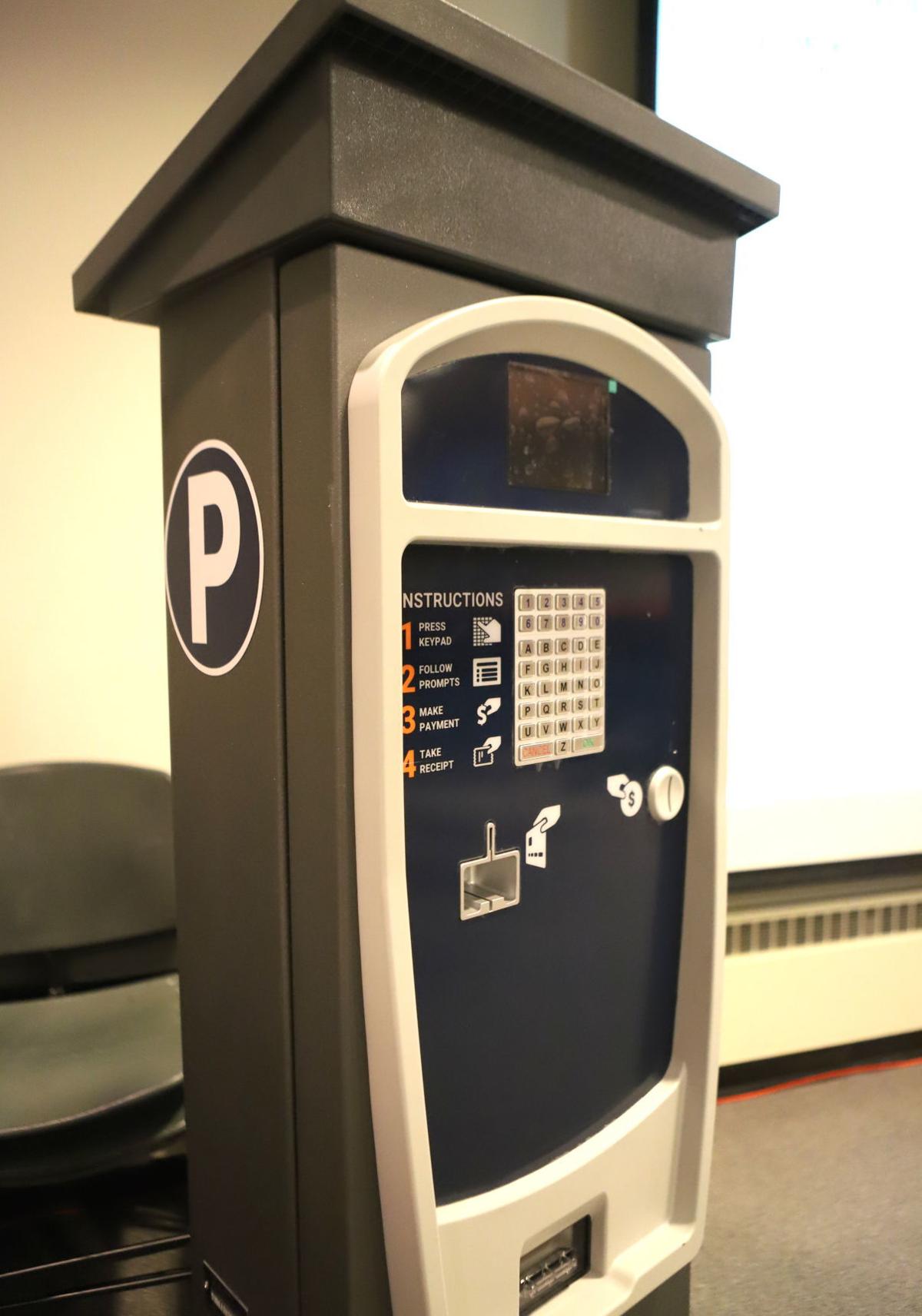 Drivers will pay for parking by typing in their license plate number at kiosks like this.

A parking system planned for Newark's municipal parking lots would mean drivers who are late returning to their cars would be subject to fines, just like at on-street meters.

City council will take a final vote Monday on a plan to convert the downtown municipal parking lots to metered parking.

Under the plan, the parking gates will be removed, and the lots will instead be controlled by several multi-space parking meters. Upon parking in the lot, drivers will input their license plate number into an electronic kiosk and submit payment.

Under the current system, drivers park for as long as they wish and pay as they leave. However, under the new plan, they will have to pay in advance for the time they think they will use, and those who return to their car late will be fined, just like at an on-street parking meter. No refunds will be offered for drivers who leave early.

Newark officials denied an interview request, and Parking Supervisor Courtney Mulvanity would only provide information about the plan via emailed statements filtered through the city’s public information officer.

“The city understands that any change to any system that people have previously used is going to be a minor annoyance. People are habitual, but we wouldn’t make the change if we didn’t believe the system we are moving to is a move in right direction,” Mulvanity wrote. “Admittedly, the new style of payment will take some getting used to for someone who parks daily, but the industry and nearby parking entities have been moving in this direction for some time due to its numerous benefits.”

The University of Delaware has converted its garages to a similar system over the last few years.

The changes in the downtown lots are part of a broader parking plan that will also add new spaces on several side streets – including Haines Street, Lovett Avenue, Center Street and North Chapel Street – and install meters in parking lots that are currently used for monthly permit parking. The new parking is intended to offset spaces lost during the Main Street construction and due to the planned Lang Development Group hotel.

Because the city is planning to use the new multi-space meters for the new parking areas, it makes sense to move toward that system for the existing parking areas as well, according to Mulvanity.

Over the next year, the existing one-space meters on Main Street will be replaced, and the lots will be converted to the metered system.

“Moving to a single, unified parking system for municipal parking has major advantages in many areas,” Mulvanity wrote.

The new meters allow people to pay for parking – or add additional time – via a smartphone app. The system is tied together, so people can add time to their meter using any of the kiosks, not just the one nearest their vehicle.

“The multi-space idea was directly in response to requests from patrons, business owners, management, and city council to look at ‘pay-by-phone’ as a payment option for customers,” Mulvanity wrote. “This payment style allows for parking accounts and recordkeeping for those that use our parking lots the most. It allows pre-payment to a ‘parking wallet,’ where someone can use a single card or even a single transaction, to pay for future parking.”

The new meters also solve the dilemma of Lot #3, which will be split in two by the construction of the Lang hotel. Otherwise, officials would have to build a new parking booth at the new entrance to the western half of the lot.

The new system, including kiosks for Main Street, the side streets and the lots, will cost approximately $500,000, but officials expect to recoup those costs within two years.

The system will save $200,000 per year in personnel costs, and putting meters on the side streets will generate new revenue.

The city’s parking lot attendants have been informed their positions will be eliminated, but they will be given an opportunity to apply for other jobs in city government.

Mulvanity added that the city does not have an estimate for how much additional fine revenue will be collected in the lots.

“Unfortunately, there are too many variables to answer a question like this,” he wrote.

City council has already approved the purchase of the kiosks and will vote Monday on several ordinance changes needed for the plan to move forward. The meeting begins at 7 p.m. at city hall, 220 S. Main St.

If approved, rollout of the new meters will begin this month, with the lots scheduled to be converted next year.

City officials have not responded to questions regarding the future of the parking lots’ grace period, which currently allows drivers to park for free for the first 10 minutes.

This is horrible. It represents the worst in city management.

----Mulvanity wrote. “but the industry and nearby parking entities have been moving in this direction for some time due to its numerous benefits.”---- YEP....."BENEFITS".....INCREASED REVENUE FOR CITY !!!!

ugh, what? this is so annoying. I park in those lots for meals, UD lectures, a night out at the bar, etc, and sometimes I don't know if I'm going to leave my car 1 hour or 7. I guess I have to buy a smartphone if I want to go anywhere in Newark anymore.

Skip the smartphone and buy a bike! For the cost of a smartphone you could get a really awesome one. Free parking all down Main Street and you'll never have to stress out about meters ever again!

I support bikers and all, but it's not practical for me - I have to lug too much equipment around.

Very bad idea. And, now they want to use the excuse of the hotel - something that they should never have approved - to institute this. UD does this - and it is horrible. Lang does this - and he is horrible. The reason that people use the lots is that the don't have to constantly worry about the meter running out. Plus, it is safer to back into a spot and drive out of one. This will cost Main Street businesses a lot. But, it is quite obvious that the City of Newark doesn't really care about its actual taxpaying residents. They only care about UD and the developers. Needless to say, I won't be going to Main Street anymore. I can take my business somewhere that won't punish me for trying to get there.

I don't know your personal situation but riding a bike to main Street would seem to solve all of your problems. If you can't ride a bike I'm sorry to hear that.

Absolutely agree! This is a horrible idea, meant to cut labor costs, and increase revenue, as you have to overpay for your parking. Currently, you pay for what you use, rounded up to the next hour.

Go to the parking deck near the music & fine arts building, on a night where people attend plays. The confusion around this stupid system continues a year later!

People use a parking lot, so they can pay for what they use, not play parking place roulette!

Also, privacy laws, what does the city do with the license plate data, from the machine, and from the tag readers? What are the privacy safeguards built-in? Is there protection from other departments accessing the data without a warrant?

When does the city destroy the records?

I know, young people have no concept of priacy, but it was one of the aspects of King George's rule that angered his subjects, and the colonists built it into our Constitution, that we would not be subject to unreasonable search and seizure. Keeping our tag data indefinitely amounts to unlawful search.