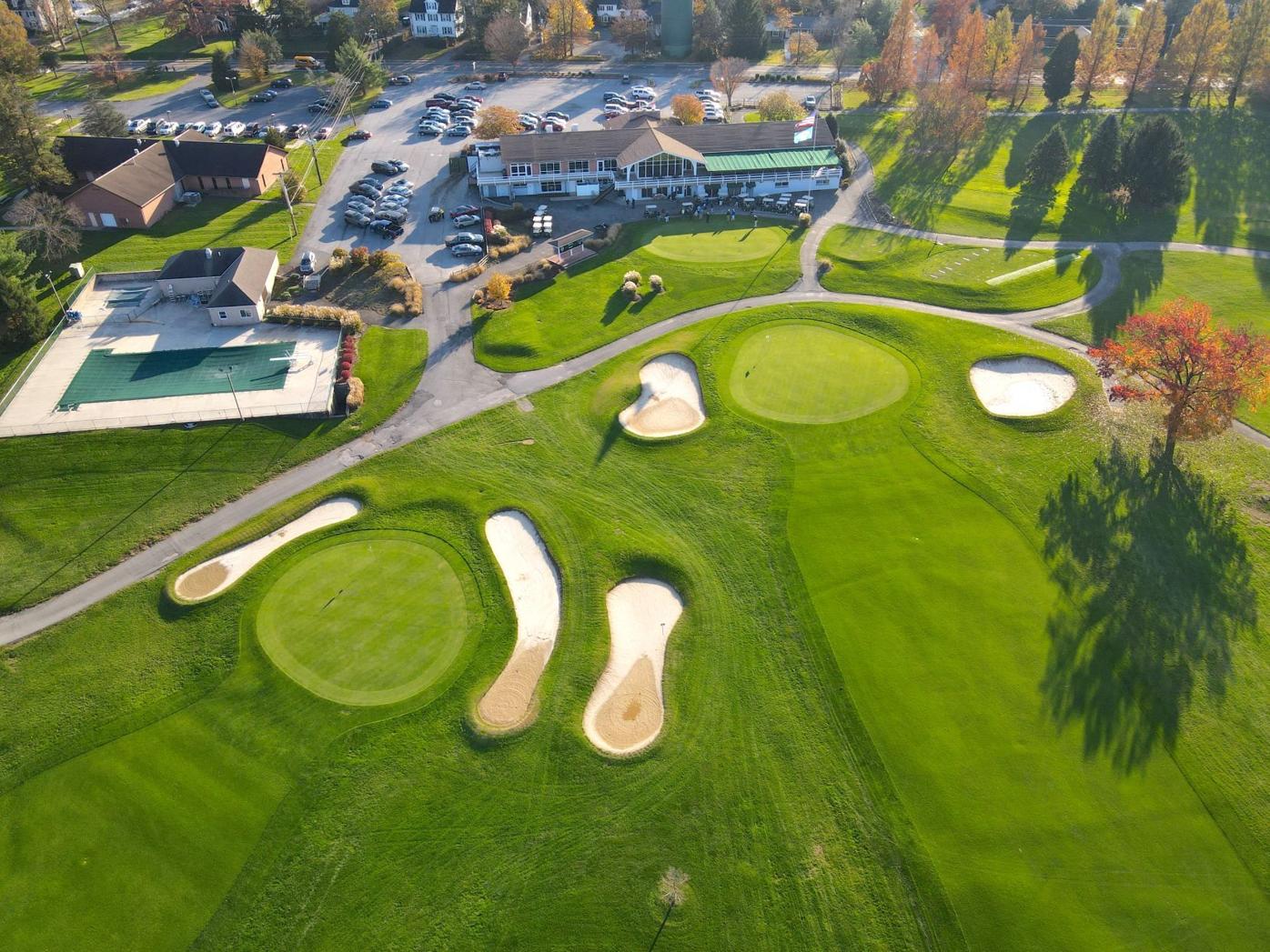 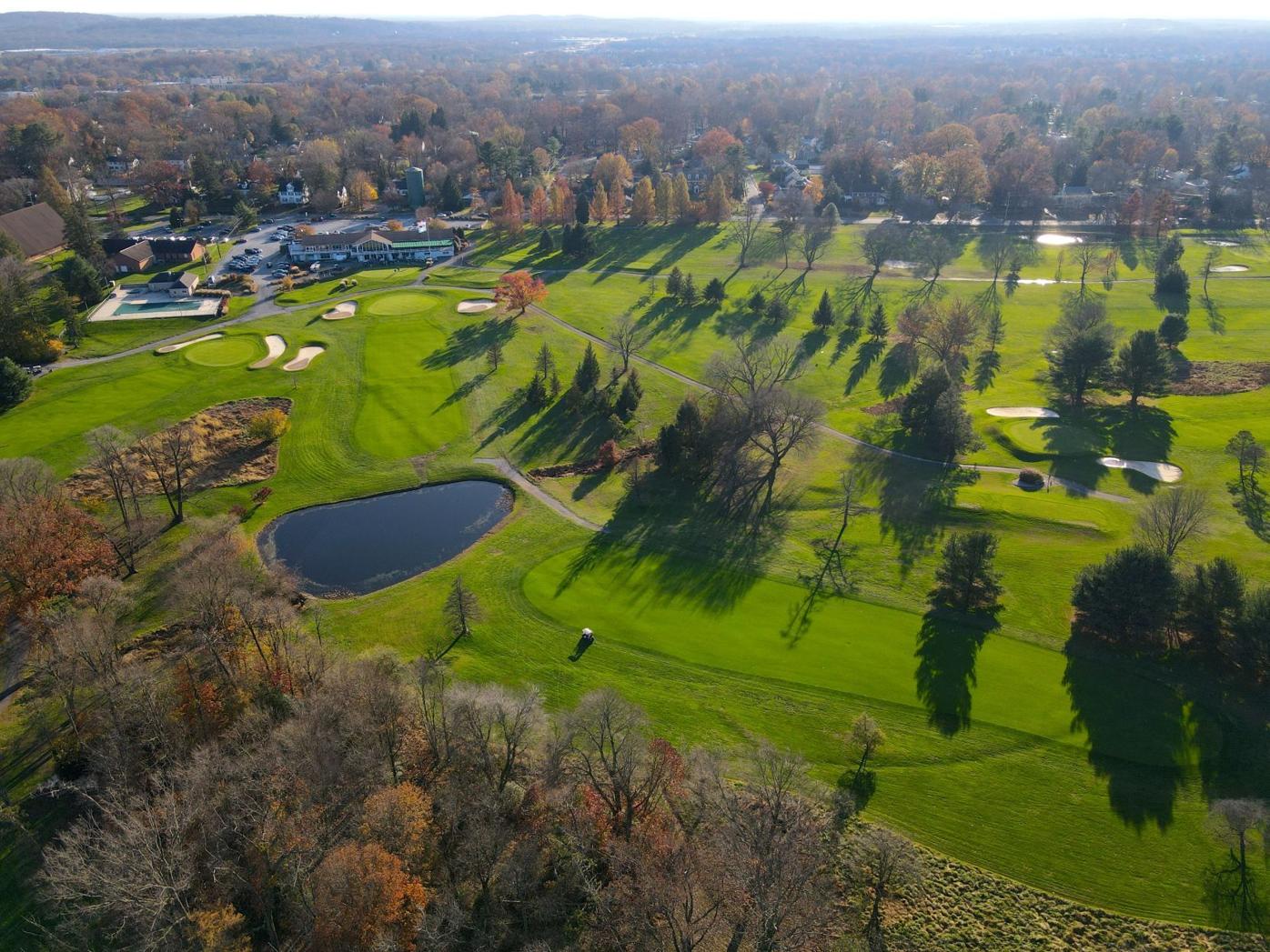 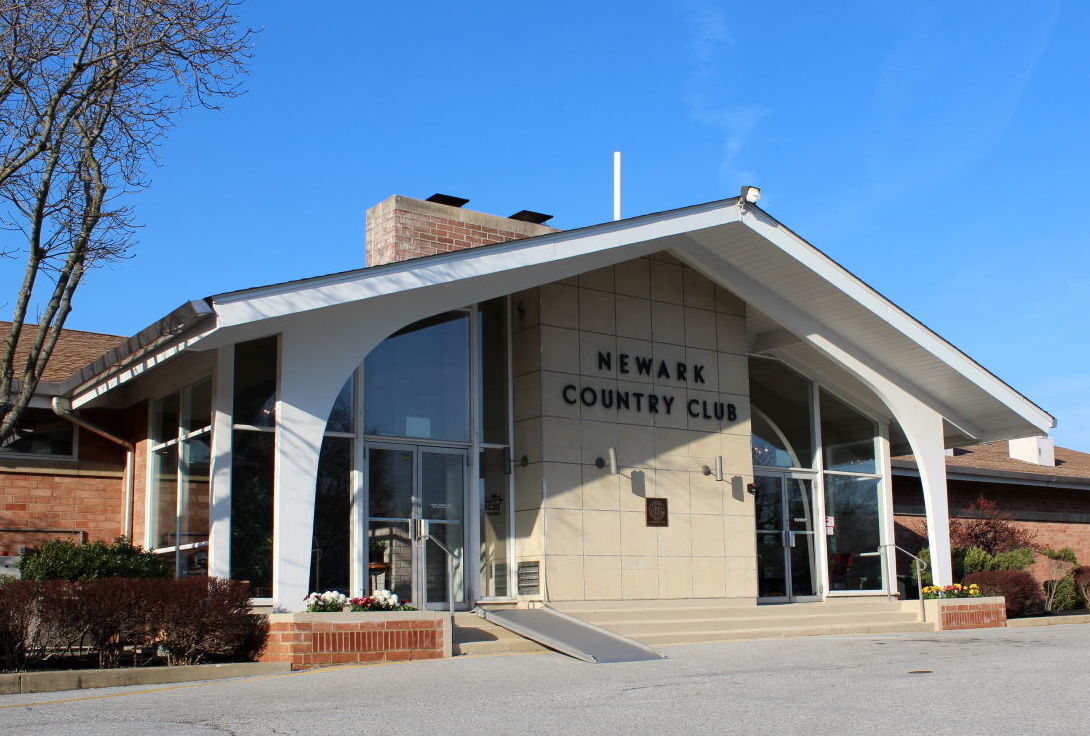 The Newark Country Club, located at 300 W. Main St, will be purchased by Lang Development Group.

The Newark Country Club, located at 300 W. Main St, will be purchased by Lang Development Group.

As golf courses struggle nationwide, two in New Castle County – Cavaliers Country Club in Christiana and Hercules Country Club near Wilmington – have been approved for housing developments just this year, and a third proposal for Three Little Bakers Golf Course in Pike Creek is working its way through the courts.

Many Newarkers have long feared Newark Country Club would soon join that list, but the 119-acre site on West Main Street recently received a 20-year reprieve through what club leaders called a “unique transaction” with Lang Development Group.

Under the deal, which was approved by the club’s stockholders last week, Lang will buy the land and lease it back to the club for 10 years, with the club retaining an option to extend the lease for another 10 years.

While it doesn’t preserve the property forever, the arrangement gives the club a chance to stick around for another generation and provides much-needed funds for upgrades just in time for its 100th anniversary next year.

“Realistically, our options were limited. With what we were facing and how constrained we were by finances, 20 years is as good as we could hope for at this point,” club president Chris Scherf said. “What was unique about the Lang deal, is we found a developer that really wasn’t interested in how to cash in on this immediately. He’s willing to wait as long as 20 years before he does anything with the property.”

At its peak, the country club had more than 600 members and was at the forefront of the social scene in Newark. Now, with other entertainment options in the area, busier work schedules and fewer young people interested in joining a golf club, it’s down to just 230.

Dwindling attendance put the club in debt and left it unable to invest in upgrading its facilities. The board has spent more than a decade exploring options for moving or selling the club.

In 2008, the club planned to sell the property to Aston Development and move to Fair Hill, Md. City council approved a 270-unit housing development for the site, but the deal fell through due to the economic downturn.

In 2015, amid renewed rumors of the club moving, council considered a rare city-initiated downzoning of the site – which would have limited the housing density allowed there – but backed off after the club filed suit.

The following year, the club voted to stay in Newark. A group of community members led by former mayor Vance A. Funk III quietly floated a proposal for the city, county and state to collectively spend up to $6.5 million to purchase the development rights for the site, ensuring that the property would remain open space as well as helping the club pay down debt and make facility improvements. However, that plan quickly fizzled out.

The club’s board finally found the solution it was looking for in Lang Development. The company, which approached the club about the transaction, will pay $6 million for the property, which is the largest piece of open space left in Newark.

“There’s no question if we sold it and somebody was going to take possession tomorrow and be able to build houses on it, we could have gotten more money,” Scherf said. “That’s the trade off – time versus money.”

The club plans to use the proceeds from the sale to pay off its debt and make some improvements to the facility. In addition, it can finally pay its back taxes after owing money to the city and more than $650,000 to the Christina School District.

Scherf said no definitive plans have been made for renovations, but the initial focus will be on improving the golf course.

“We’ve been playing defense financially for several years,” Scherf said. “This gives us the opportunity to really try to build something.”

Beyond that, the club will launch a marketing push to attract new members and “reinvigorate” the aging membership base, Scherf said.

“There’s an image that somehow the Newark Country Club is an elite place with a lot of elite people and you may not fit in,” he said. “Nothing could be further from the truth, and when our members hear that, they kind of look around and just laugh.”

He acknowledged that he doesn’t have a good answer for what will happen to the organization once its lease runs out in 10 or 20 years.

“If we go back to having 600 members, you know, anything’s possible,” he said. “One thing we’ve learned is not to look too far into the future, and 10 years is a big chunk right now, and 20 is a real long-term project. After that, we’ll just have to wait and see.”

Chris Locke, senior vice president and general counsel for Lang Development, insists the company has no plans for what it will do with the property once the club’s lease is over.

“We bought it so the club can stay there for 10 years and hopefully 20 years,” Locke said. “This is a transaction that, most likely, the next generation of Lang Development owners will be looking at.”

He noted that he grew up in nearby Fairfield, and both he and Jeff Lang enjoyed playing golf at the club with their fathers.

“We understand it is a real gem for the City of Newark, and we will pay it due respect, knowing the importance and value it has to the entire community,” he said. “It’s humbling to know that Jeff and I will have some impact on one of the most important real estate parcels in the City of Newark.”

While there are certainly some Newarkers who aren’t happy to see the country club property fall into the hands of the city’s most prominent developer, Mayor Jerry Clifton said he thinks the deal is better than some of the other possibilities.

“If the country club has got to go away, I think this is a good option where it’s able to exist for at least the next 10 years,” he said.

Clifton noted that the zoning code allows for more than 270 homes to be built on the property, which would have happened in 2008 were it not for the economic downturn.

“That’s the option of what it can be from a legal perspective, and there isn’t a lot the city can do to say no to that,” he said.

Clifton called on Lang to work with the city and the community to chart a path forward for the land once the club leaves.

He said some people in the community have brought up using the property for senior housing, which has long been desired in Newark, and suggested that perhaps development could co-exist with a smaller, nine-hole golf course.

“I think that if someone could come up with something that was a compromise and a win for everyone, the Lang organization are reasonable people and would entertain options that would be consistent with the values of the community,” he said.

Locke said Lang Development would be willing to have that conversation.

“I think the beauty of the City of Newark is there is always a collaboration between its citizens, developers, and the city to come up with the project that is best for the town,” he said. “When that time comes, of course, we’ll communicate with the adjoining property owners and those who are affected.”