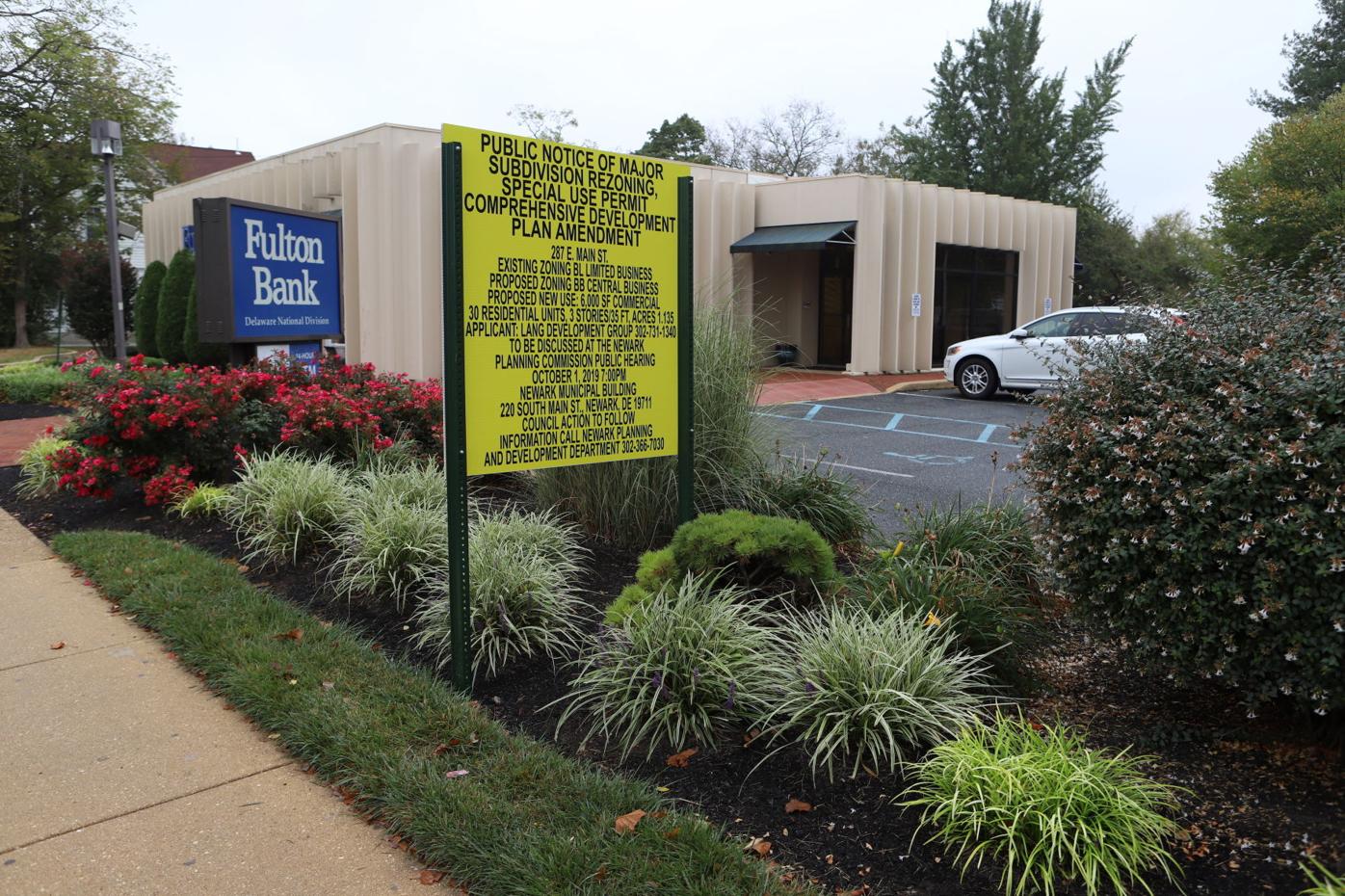 Lang Development Group plans to redevelop the Fulton Bank property at the corner of Main Street and Tyre Avenue. 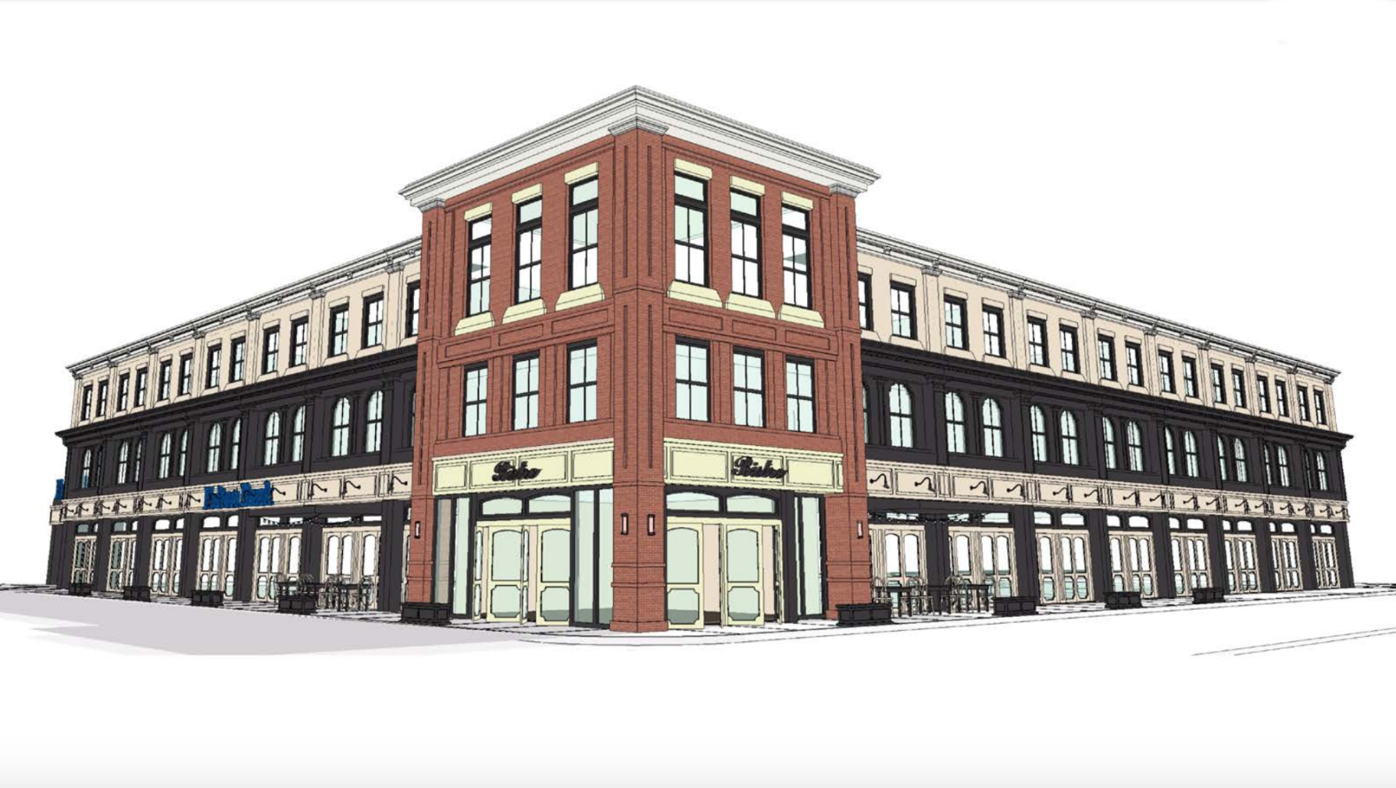 An artist’s rendering shows the building planned for the corner of Main Street and Tyre Avenue. 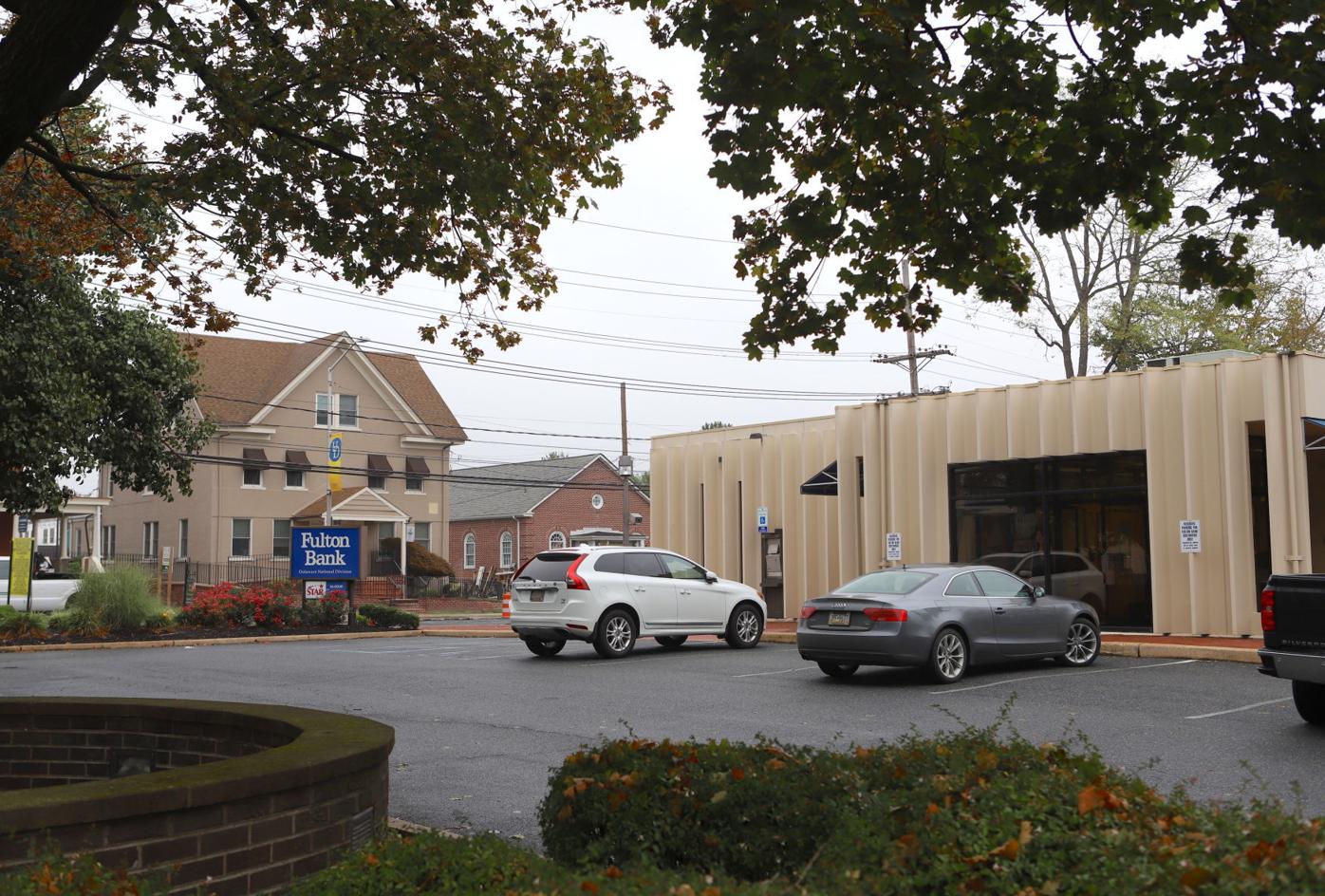 Lang Development Group is planning to redevelop the Fulton Bank property at the corner of Main Street and Tyre Avenue. 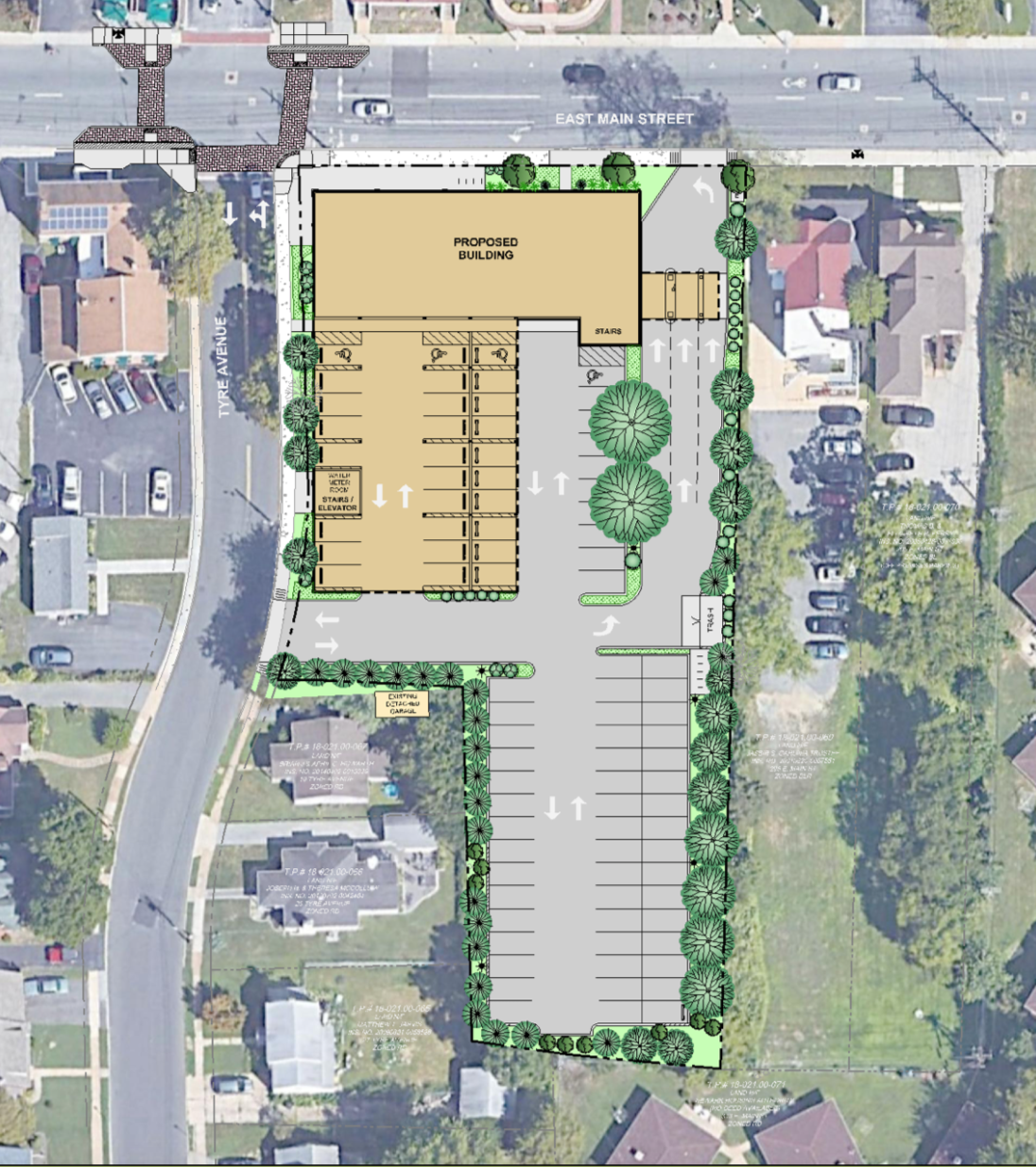 Lang Development Group plans to redevelop the Fulton Bank property at the corner of Main Street and Tyre Avenue.

An artist’s rendering shows the building planned for the corner of Main Street and Tyre Avenue.

Lang Development Group is planning to redevelop the Fulton Bank property at the corner of Main Street and Tyre Avenue.

Lang Development Group received the go-ahead Monday night to tear down a downtown Newark bank and replace it with apartments and retail space.

Approved by city council without opposition, the project will transform the 1.1-acre property at the corner of Main Street and Tyre Avenue.

The current 2,400-square-foot Fulton Bank building will be demolished and replaced with a three-story building containing 6,000 square feet of retail space and covered parking spaces on the first floor, with apartments on the second and third floors. Fourteen of the 30 apartments will have three bedrooms, and the rest will have two, for a total of 74 bedrooms.

A rear parking lot will extend into a grassy and wooded area behind several Tyre Avenue houses. That area is part of the bank property but is currently undeveloped.

Fulton Bank will return to the new building, taking up about half the retail space, and it will have a drive-thru window like it does now. The bank will be joined by one or two other retail tenants, which have not been announced.

“That area has already shown that can be done,” Locke said, noting that rent is cheaper on the east end than closer to campus, making it more feasible for smaller shops.

Locke said Fulton Bank has lent Lang money for several of its other development projects and approached the company about buying the property and replacing the old concrete building, which Locke described as “a bunker” and “an ode to 1970s architecture.”

“The building does not give a sense of modern banking. They know that and they want to update the building,” he said, adding that the bank also wants to maximize its property value.

Few members of the community spoke about the project on Monday, though at a previous meeting, neighbors voiced concern about traffic, lighting, security and other issues.

“Living on Tyre Avenue, I’m not quite ready to have my street become so commercial,” Tina Jackson told council Monday.

She worried about the new retail space disturbing her quiet neighborhood, especially if a restaurant or bar moves into the space.

“That’s my end of Main Street,” Jackson said. “It’s the non-fun place. I’m not looking forward to my end becoming like the rest of Main Street, a sea of restaurants and party places.”

Jean White, who does not live in the neighborhood, expressed concern that the project would increase traffic on Tyre Avenue and noted how close the three-story building will be to the sidewalk.

“People will be shocked at how much it towers over the street,” White said.

The project required city council to rezone the property from limited business to central business district, as well as approve a comprehensive development plan amendment, major subdivision and special-use permit for apartments. However, no variances or other code relief were needed.

The property includes the required 90 parking spaces, including five that are being rented from a nearby law office.

Though council members briefly expressed concern about traffic and the possibility of student tenants throwing parties in the large parking lot, they ultimately approved the project 6-0, with Councilman Chris Hamilton absent.

“It seems like the right place to make this kind of redevelopment and a way to increase the tax base,” Councilman James Horning Jr. said.

Councilman Jason Lawhorn said the project helps satisfy the demand for student housing downtown and added that he hopes the retail space draws some new stores to Main Street.

“I’d love to see a more well-rounded downtown that has more to offer than just going out to eat,” Lawhorn said.

Councilwoman Jen Wallace appreciated that the apartment units are smaller, rather than the six-bedroom units found in some complexes. She noted that there’s a better chance the apartments could attract some non-student tenants.

“I also like the two to three bedrooms. I think that’s what we need,” Wallace said. “We are missing places for non-students who want to move here.”

Locke said he hopes to begin work on the project by summer 2020. Fulton Bank will remain open in temporary trailers during the demolition and construction, he said.