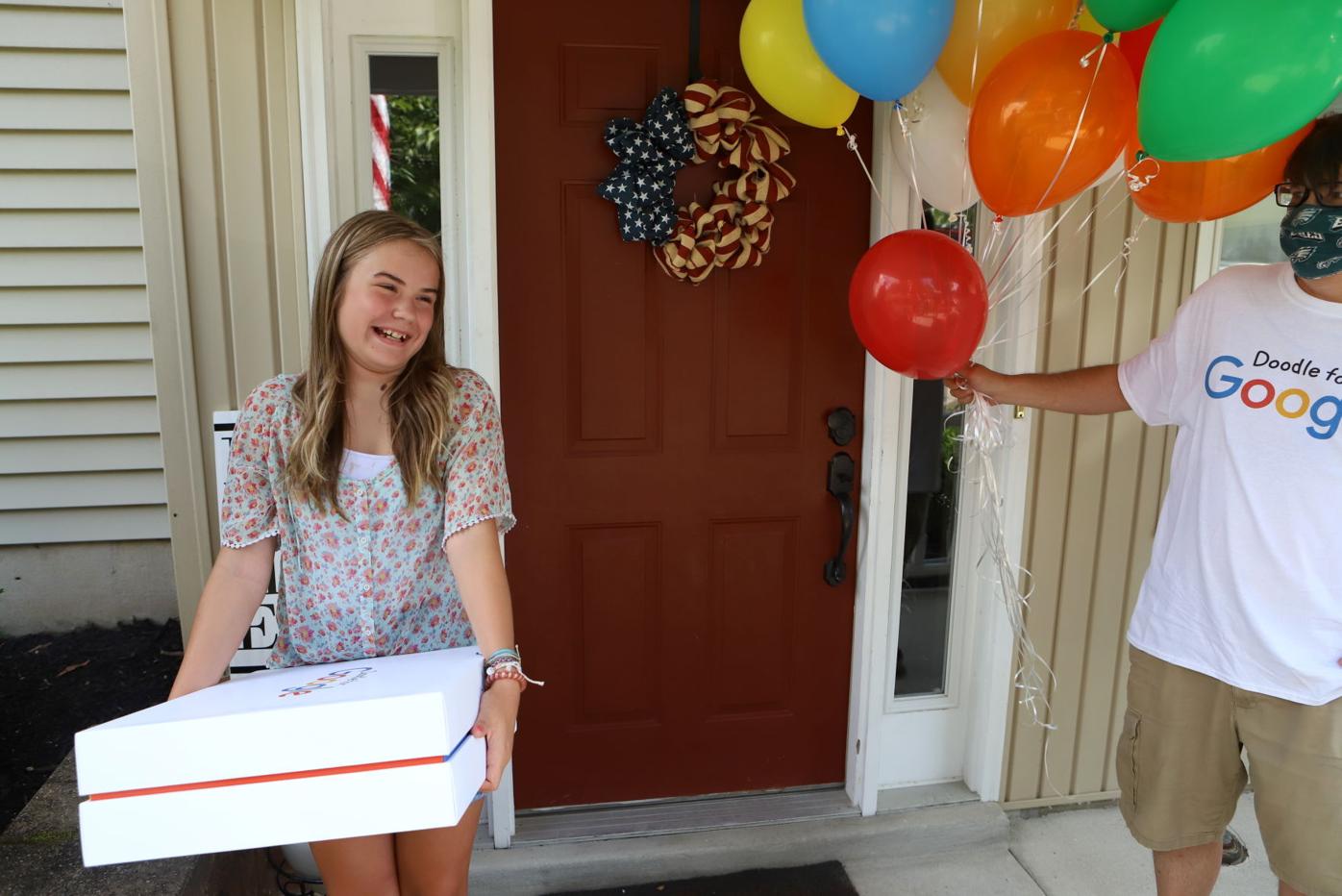 This is Teagan Cern’s award-winning artwork. 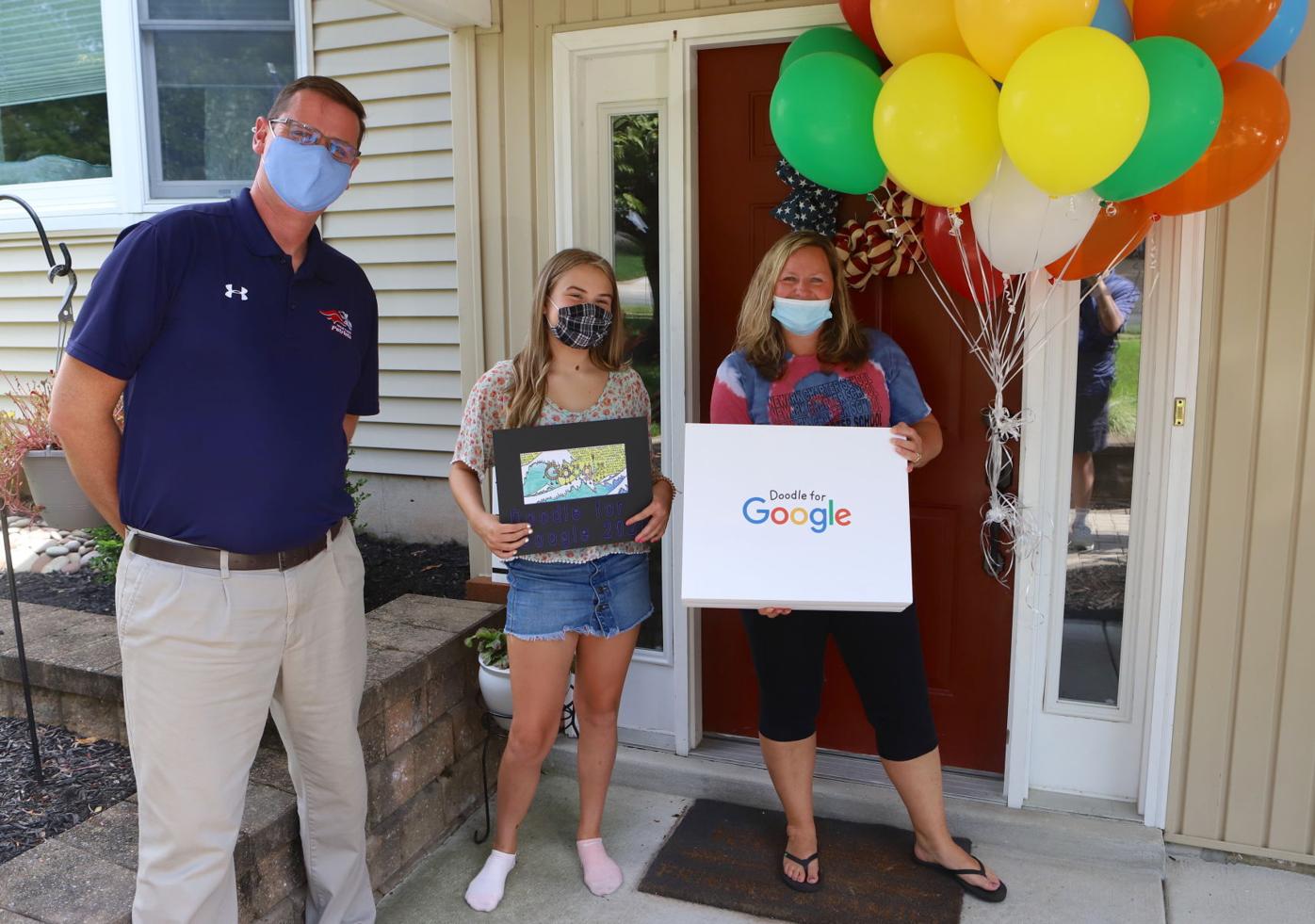 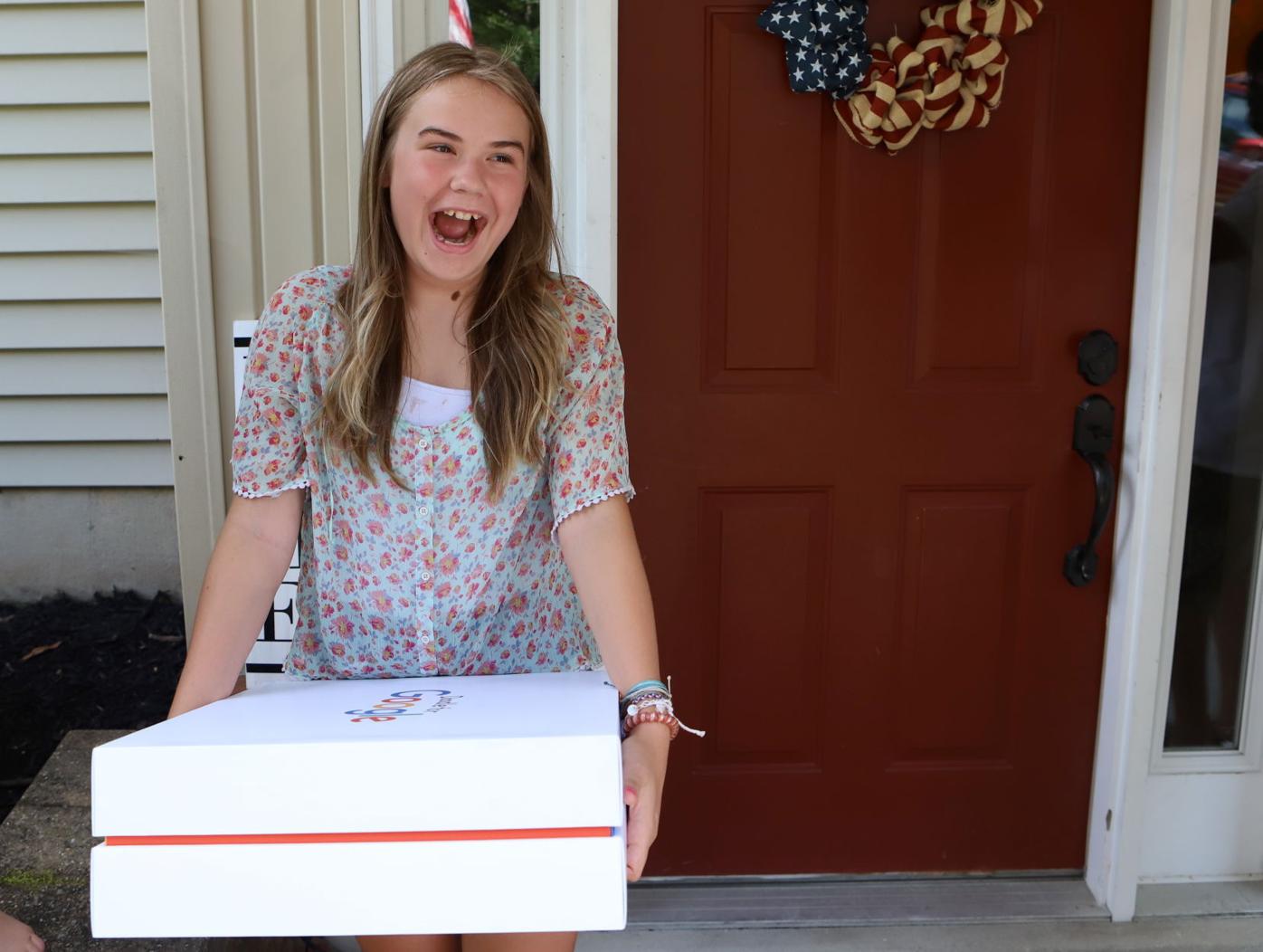 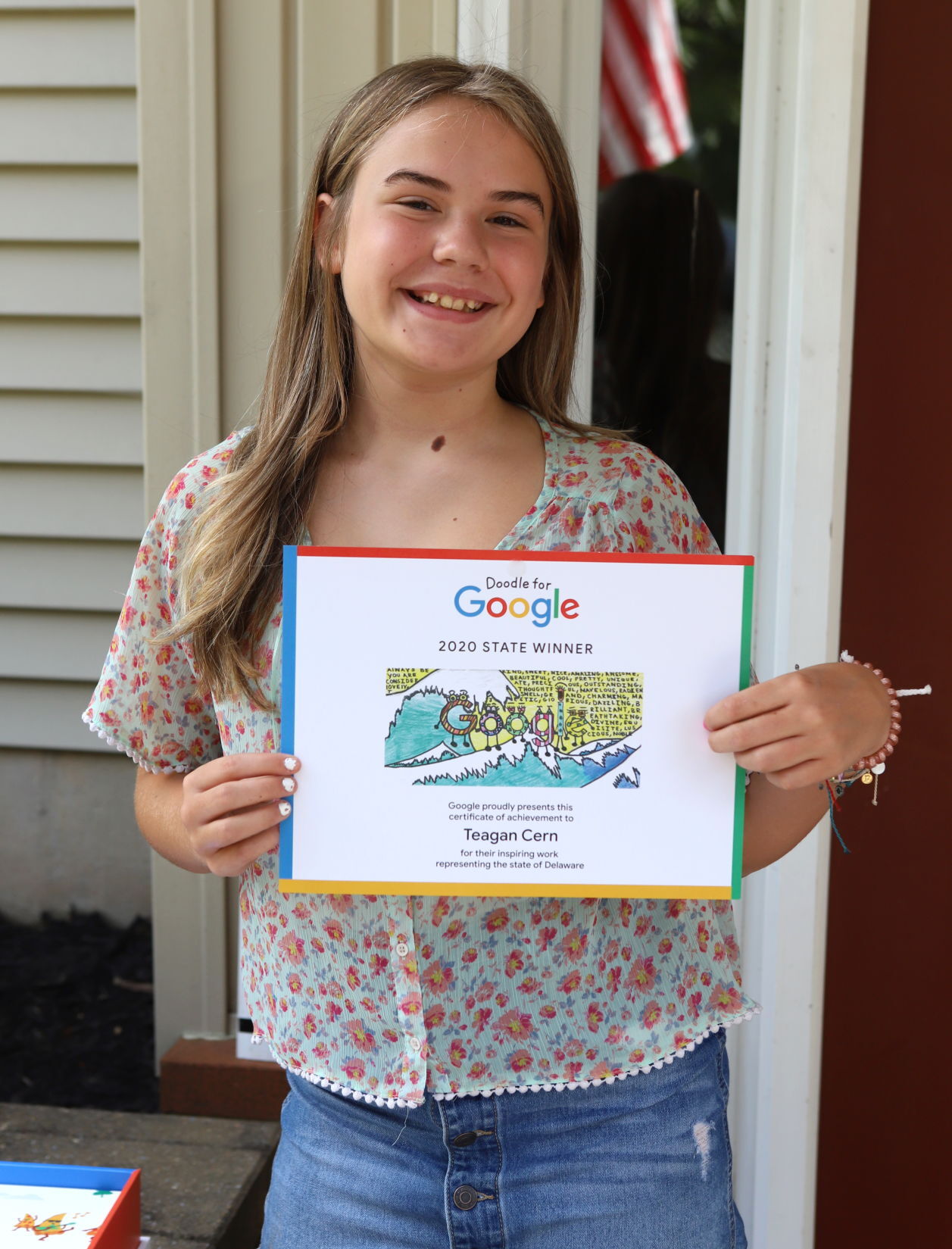 Teagan Cern, 11, displays her winning drawing in the Doodle for Google contest.

This is Teagan Cern’s award-winning artwork.

Teagan Cern, 11, displays her winning drawing in the Doodle for Google contest.

When 11-year-old Teagan Cern opened her front door Aug. 12, she was surprised to see her principal and art teacher standing on her front porch.

“My first reaction was, ‘Am I in trouble?’” Cern recalled. “Then I saw the balloons.”

The surprise visit, orchestrated by Google and Cern’s parents, was to inform her that she was chosen to represent Delaware in the Doodle for Google contest. Now, she is in the running to have her artwork displayed on the Google homepage for millions to see.

“I’m shocked,” said Cern, who is about to start sixth grade at Newark Charter School. “I thought I was good at drawing, but I didn’t know I was that good.”

NCS art teacher Natalia Ciriaco said she always has her classes enter the annual contest, which asks students to design a Google Doodle based around a certain theme. Google Doodles are the artwork that often accompany the search engine giant’s logo, usually based around a holiday or honoring a person or cause.

“I just like the idea,” Ciriaco said. “I’ve never had a state winner. I was excited.”

This year’s theme revolved around how to show kindness. Cern’s titled her design “Different People, Better World” and drew a wave surrounded by words that show kindness.

The Google letters designed to represent people – complete with eyes and feet – and are all different colors and designs to represent diversity.

“I drew a picture of the letters representing people and I drew different designs on them to show their uniqueness,” Cern wrote in her description of the artwork. “It represents kindness because it shows you can be friends with anyone, no matter the color of their skin or how they act or look.”

Google chose the design out of all the entries from Delaware, and notified the school and Cern’s parents earlier this summer. On Wednesday, the company hired a messenger to deliver balloons and a Google-branded box containing a tablet computer and other prizes.

Her parents kept her in the dark until the messenger arrived, joined by Ciriaco and NCS Principal Jesse Wakeman, who wanted to be there to share in the good news.

Cern, who enjoys participating in school art shows and wants to be either an art teacher or a social studies teacher when she grows up, said this is her second year entering the contest.

“I like doing stuff like this,” she said. “I always thought it would be cool to win, but I didn’t think I would.”

Google users can vote for five national finalists out of the 54 semi-finalists representing each state and territory. Each finalist will receive a $5,000 college scholarship and continue on to the final round of the contest.

In June, Google executives will choose one drawing to be displayed on the homepage. The winning artist will receive a $30,000 college scholarship, and his or her school will receive $50,000 worth of technology.

To vote, visit doodle4google.com. Voting is open through Aug. 21.