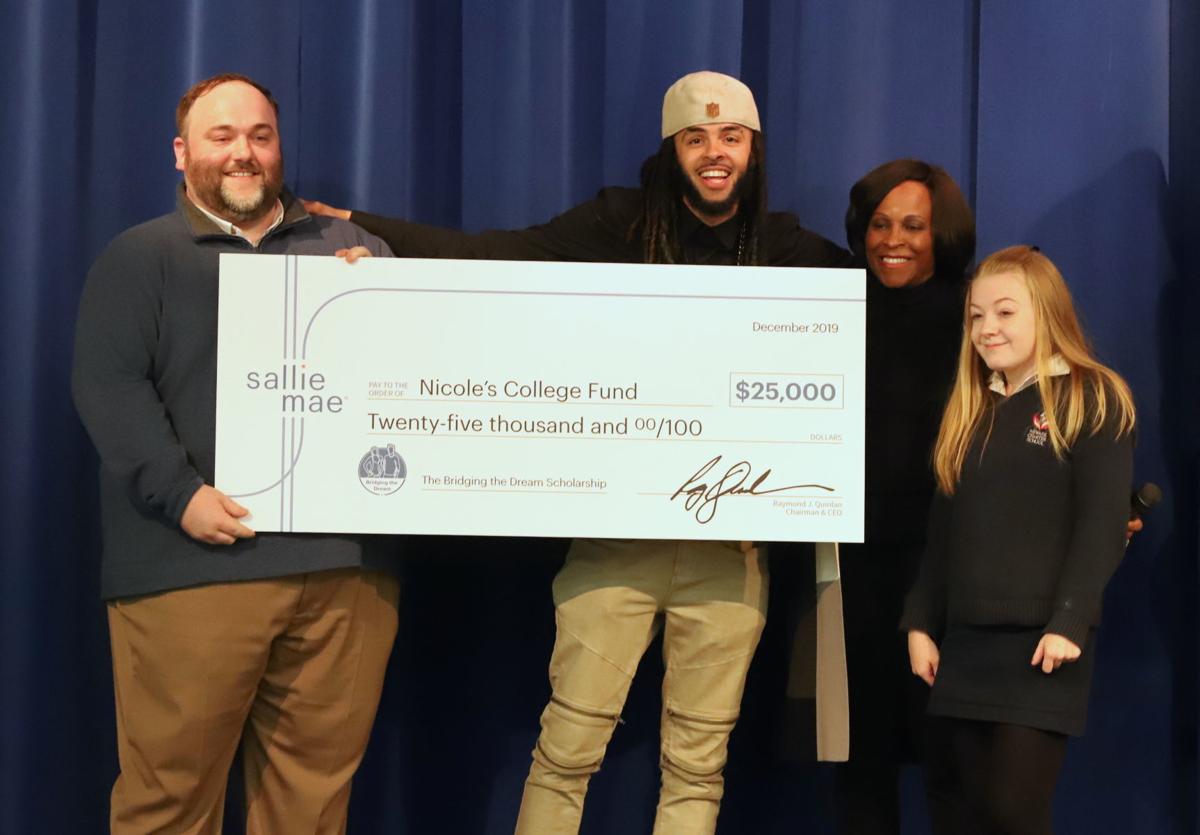 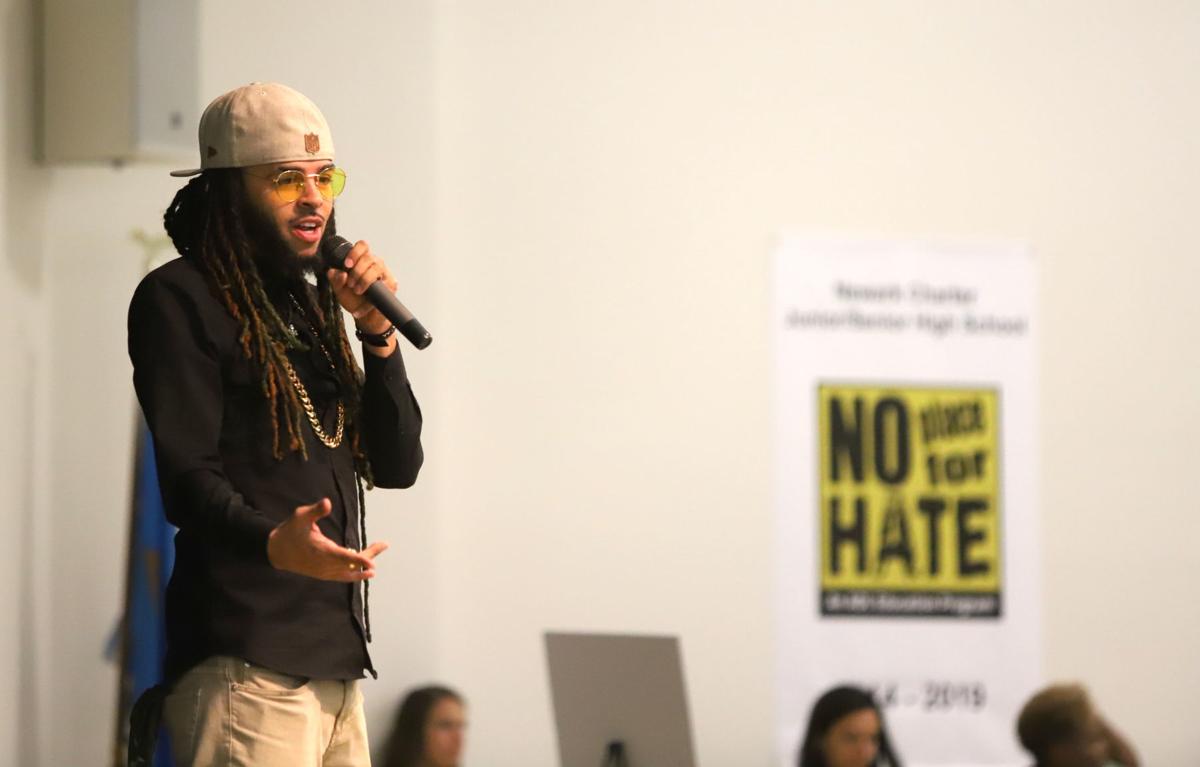 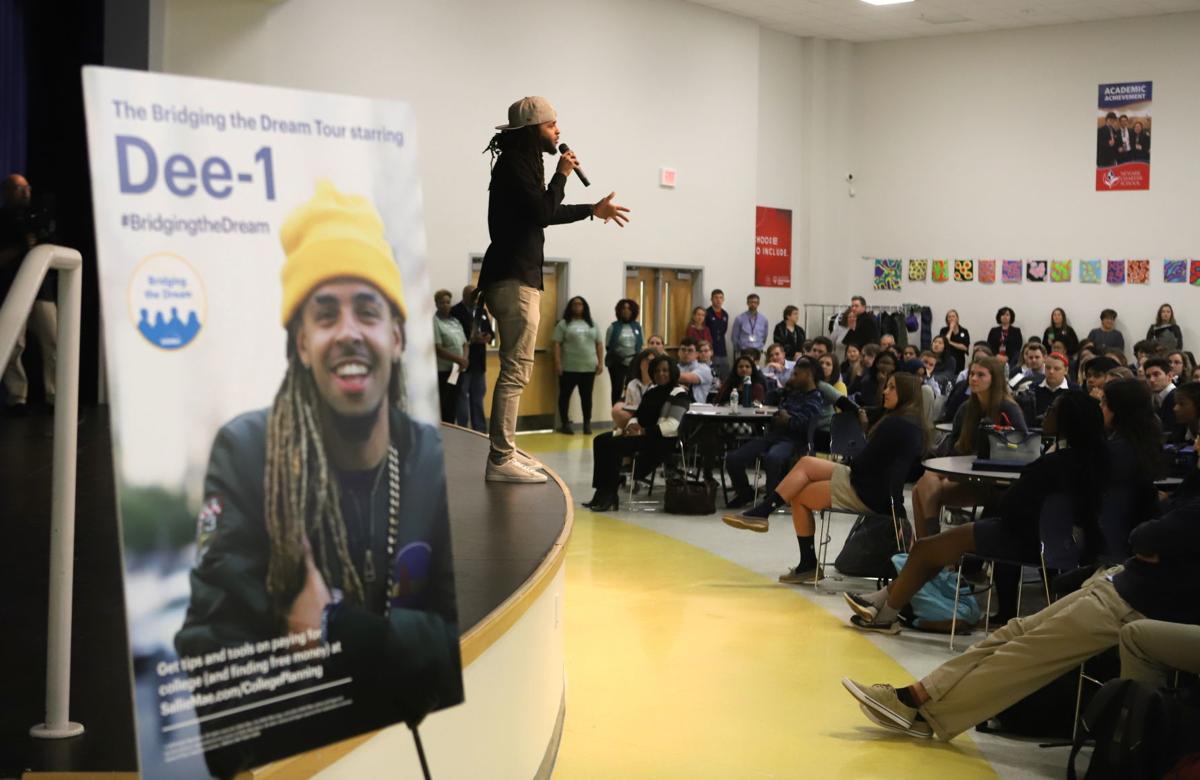 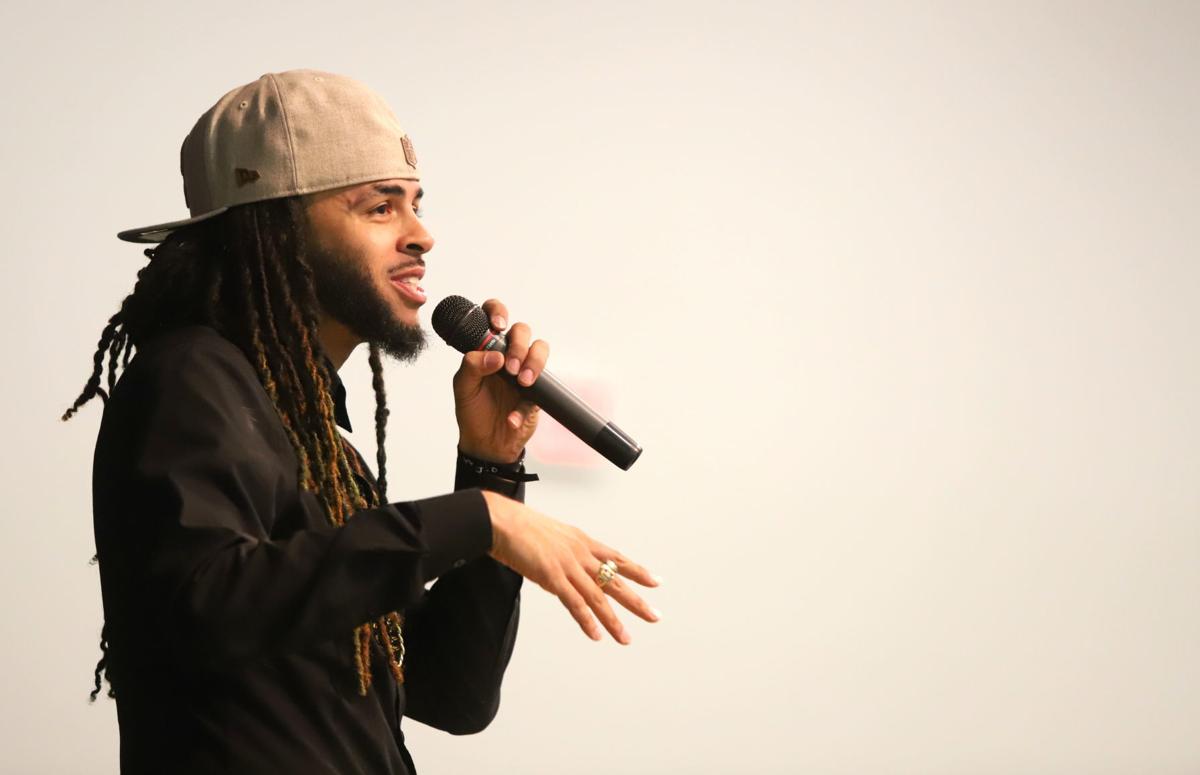 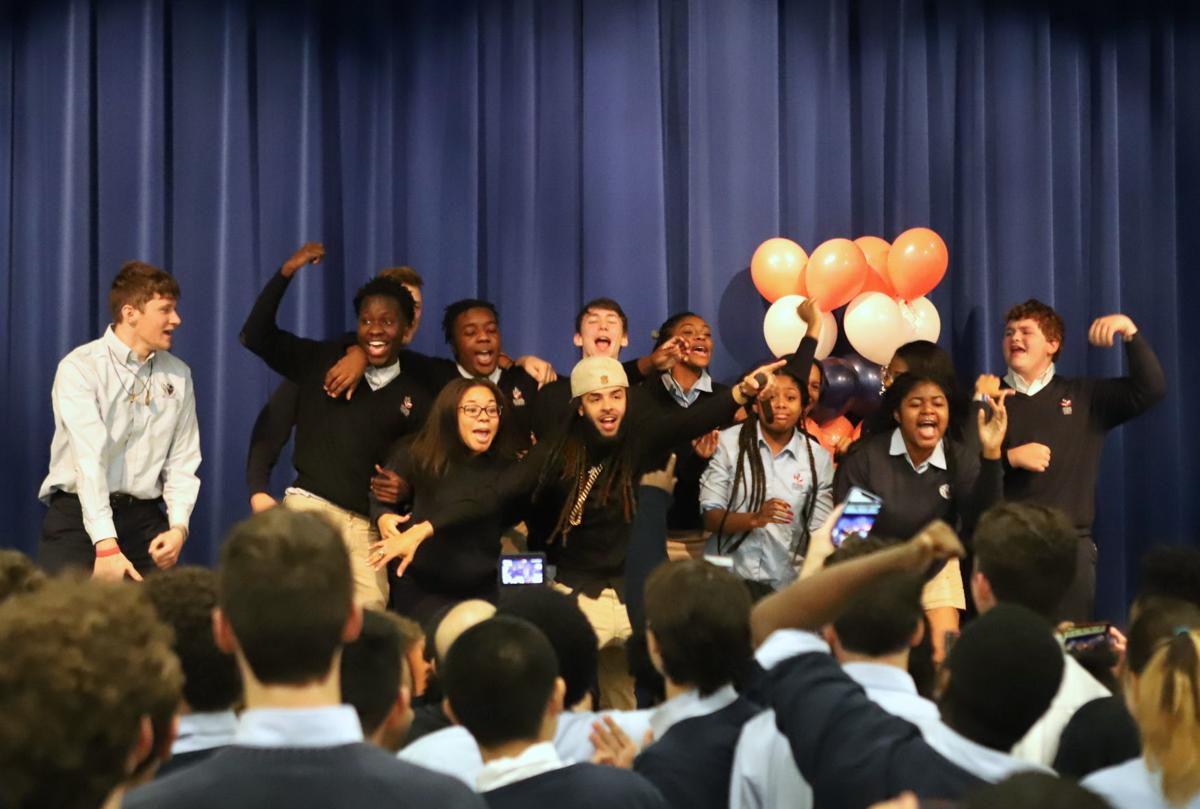 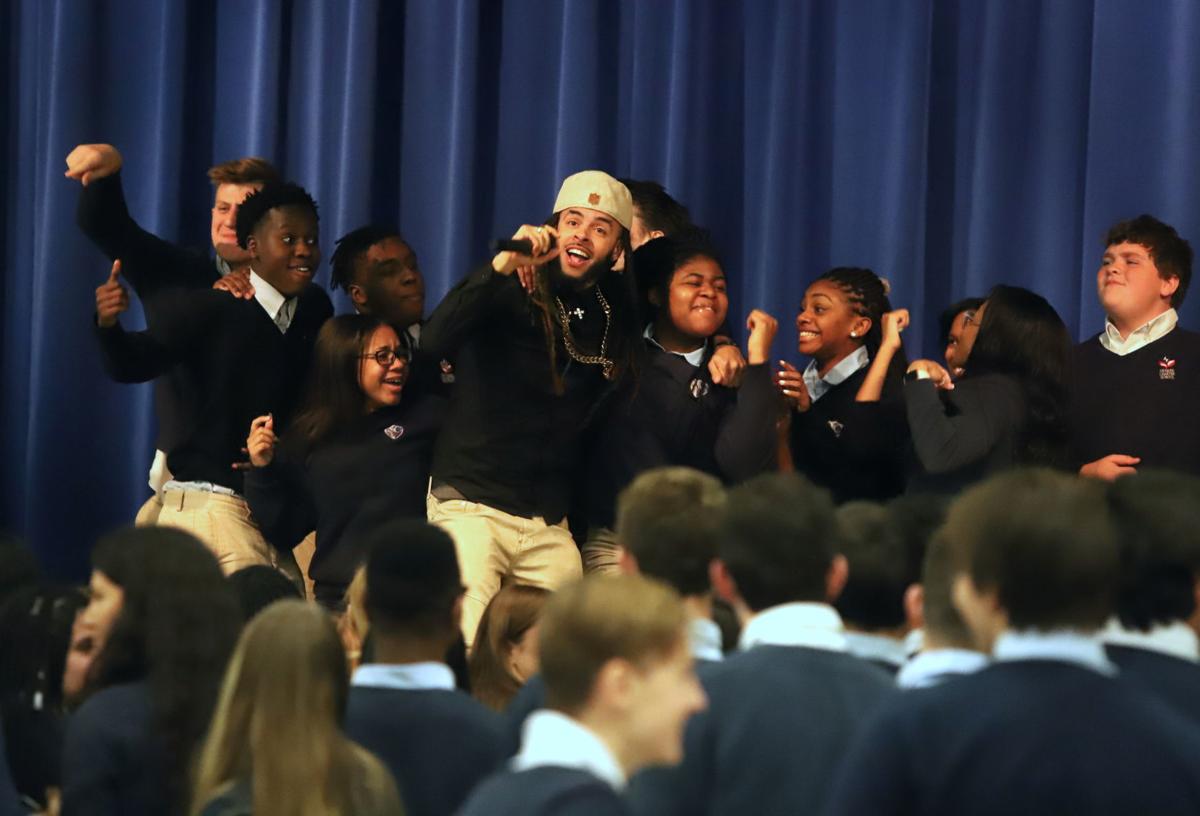 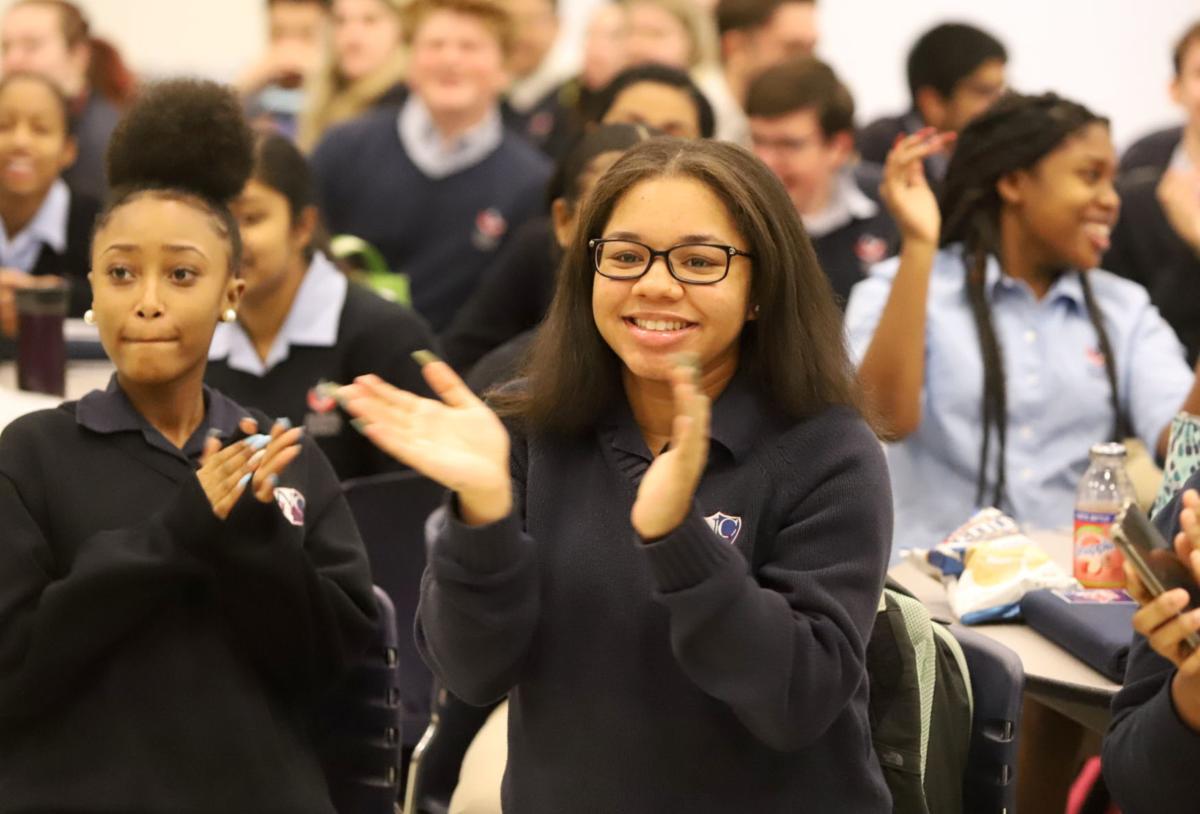 Students clap along as hip-hop artist Dee-1 performs during an assembly at Newark Charter School.

Students clap along as hip-hop artist Dee-1 performs during an assembly at Newark Charter School.

The disease affects her lungs and digestive system, and between hospital stays and other treatments, it’s sometimes hard for the Newark Charter School senior to focus on her schoolwork.

“It’s very time-consuming, and there’s some days where you just don’t feel like doing it, and school becomes hard because you don’t feel well,” Gill said. “The last thing you want to do is go into school and take a test.”

However, Gill hasn’t allowed that adversity to keep her from succeeding at NCS, where she is in the top 5 percent of her class.

“I would consider myself a perfectionist. I always like to be at the top,” Gill said. “I value academics and I put school first a lot of the times and I try really hard. I’ve never gotten less than an A, and I hope not to.”

All that perseverance paid off Friday when Gill was surprised with a $25,000 scholarship from the student loan company Sallie Mae. She was one of nine students nationwide to receive the Bridging the Dream Scholarship, which recognizes students who excel in academics, athletics, community service, or school activities but face personal or financial challenges when looking to fulfill their college dreams.

Gill was nominated by NCS college counselor Ryan Mitchell, who called her an “all-around awesome human being.” She is the vice president of the school’s Technology Student Association, the dance captain of the school’s musical and a member of the National Honor Society.

“I can’t think of a kid who has overcome so much yet achieved so much,” Mitchell said.

Gill knew she was a finalist but had no idea she won the scholarship when she entered the cafetorium on Friday afternoon with 320 of her classmates for a motivational assembly about succeeding in college.

The assembly featured an appearance by hip-hop artist Dee-1, whose song about paying off his student loans – called “Sallie Mae Back” – went viral in 2016.

In a speech punctuated with humor and music, Dee-1 talked about his own efforts to overcome obstacles in college. During his freshman year at Louisiana State University, his roommate was arrested for drugs, his girlfriend cheated on him, he was cut from the basketball team and a friend back home was murdered.

“I had every excuse if I wanted to quit. Nobody would have blamed me,” he said. “Those are the ingredients that make a lot of people drop out.”

He didn’t let those disappointments get in his way of a getting a degree, and he worked as a math teacher before starting his rap career.

At the close of the assembly, told the students, “How about I give some money out today to help you out,” before throwing a few dollar bills off the stage into the audience. Then, he said he could do even better than that – by giving out $25,000.

“This particular student is a champion, like I talked about. They’re not a quitter. They overcame amazing obstacles and they kept going,” he said, before calling Gill to the stage amidst thunderous applause from her classmates.

After the assembly concluded, Gill was still trying to process the exciting news.

“It was a relief, because I thought was going to be announced as a finalist and then part of me was like, wait, so what if I don’t win and then my whole school knows that I was a finalist for this,” she said.

Gill plans to major in chemical engineering at the University of Delaware.

“I’d love to work in research. I love math, science, chemistry and biology, so I’d love to do bimolecular engineering and hopefully work for a pharmaceutical company and develop medications like so many people do for me,” she said.

Her parents and her younger brothers, Andre and Landon, were on hand to witness the surprise.

“It’s definitely a huge help and a huge relief,” her mom, Leslie, said. “She deserves it. She’s worked her whole life for this. I think school is the one thing she has control over and health isn’t, and it’s always been her No. 1 thing.”