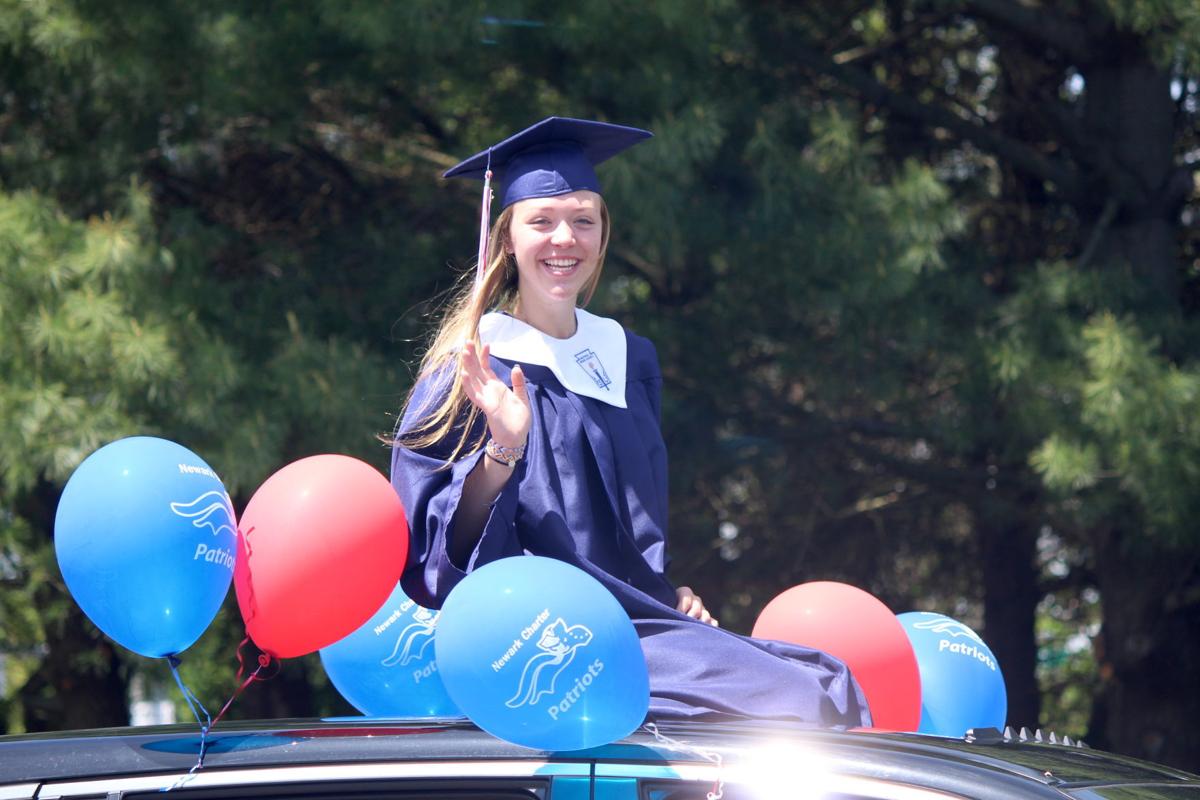 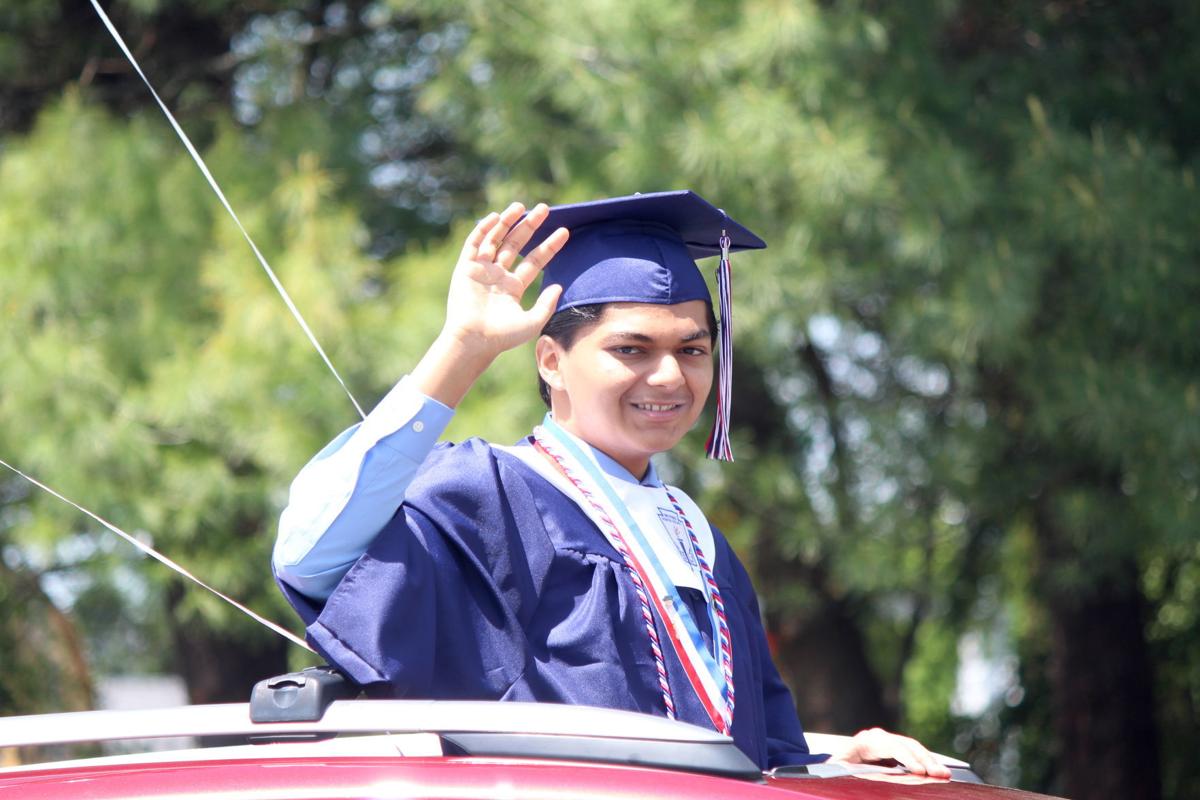 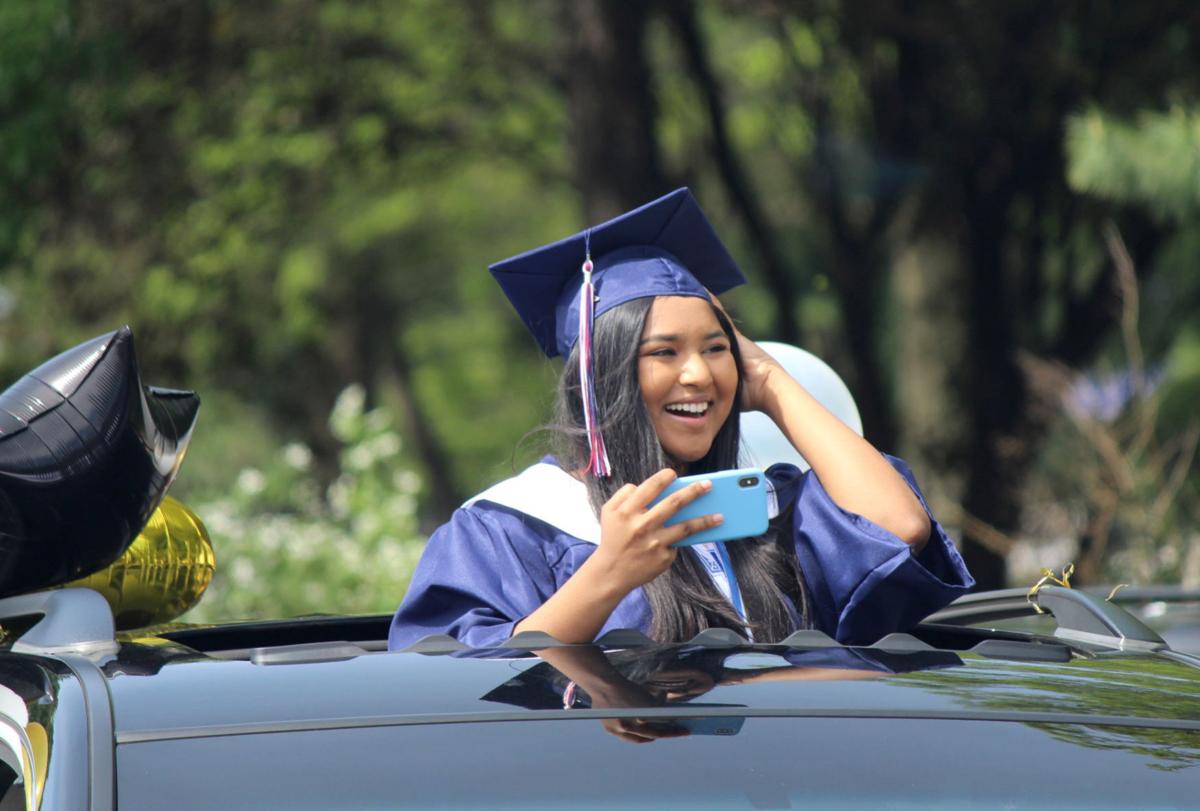 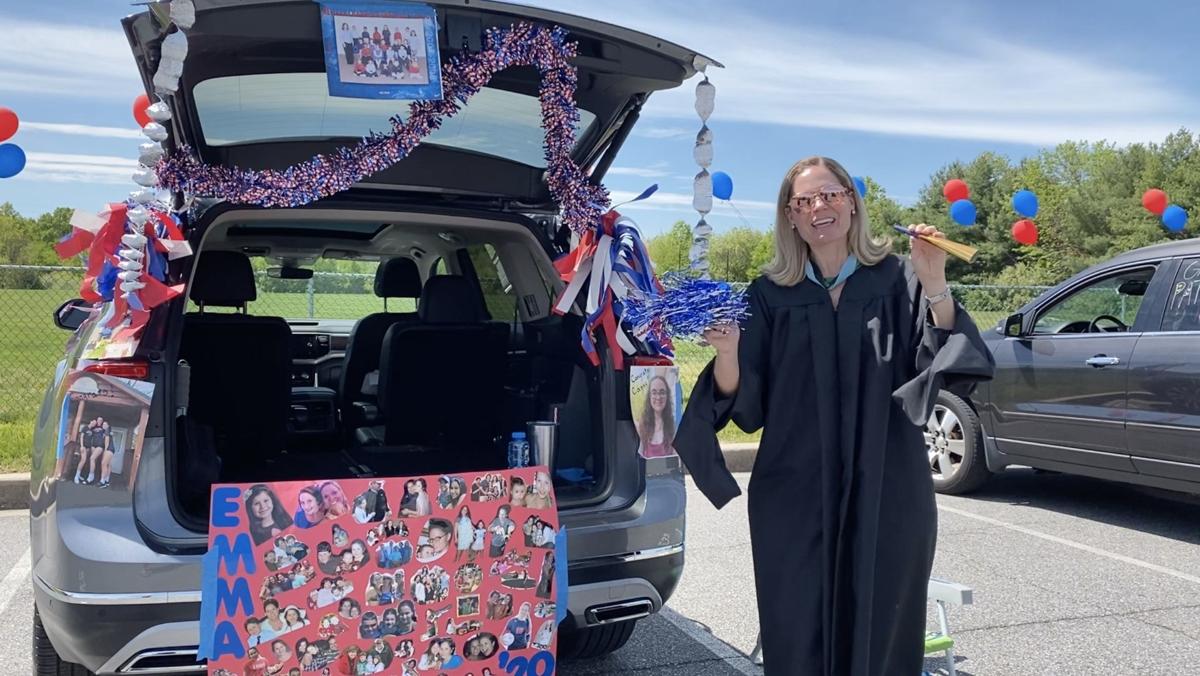 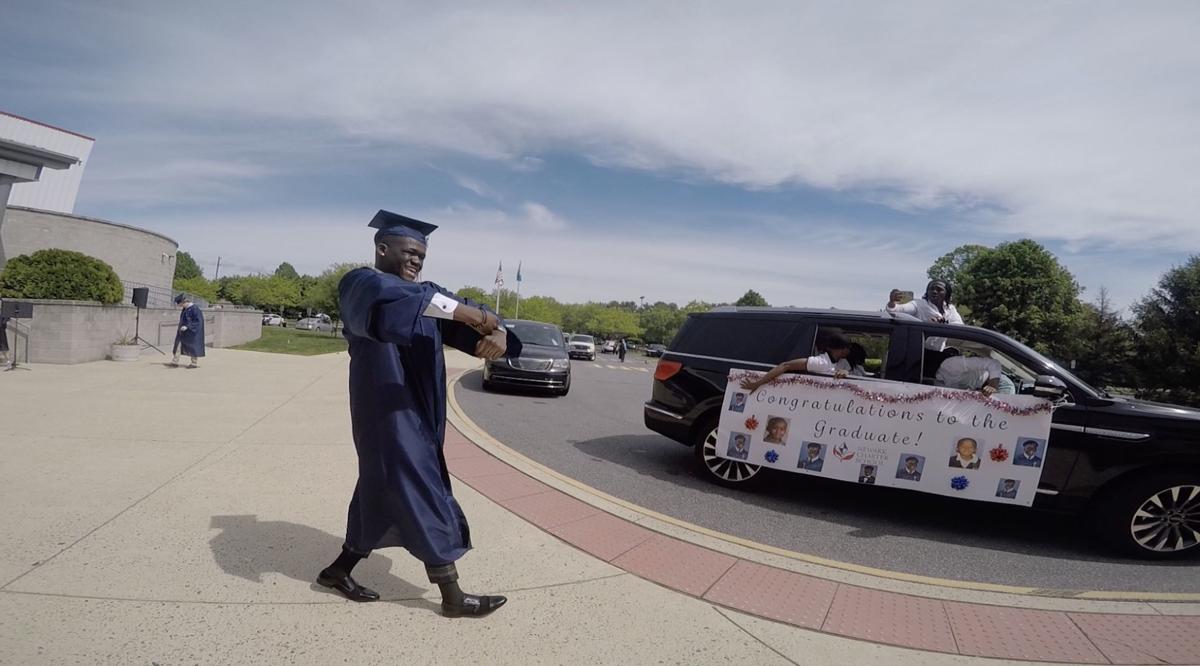 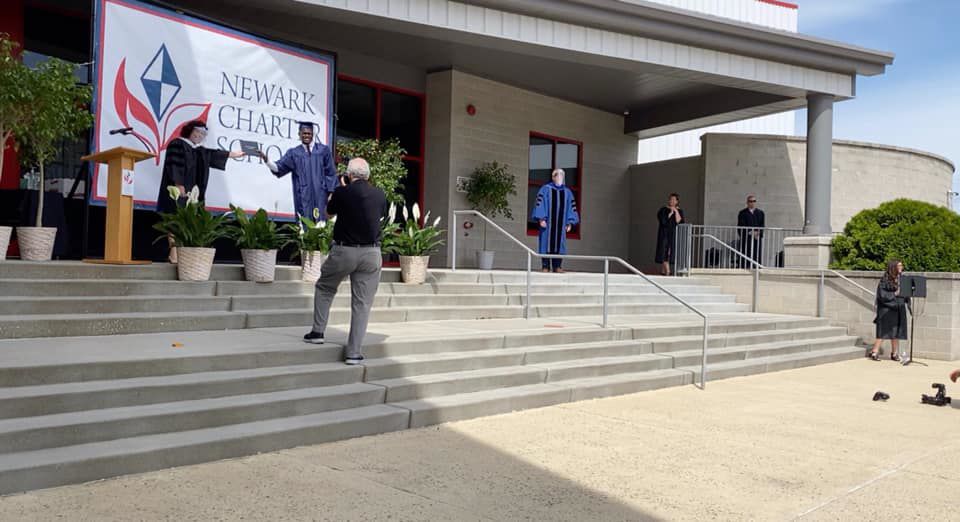 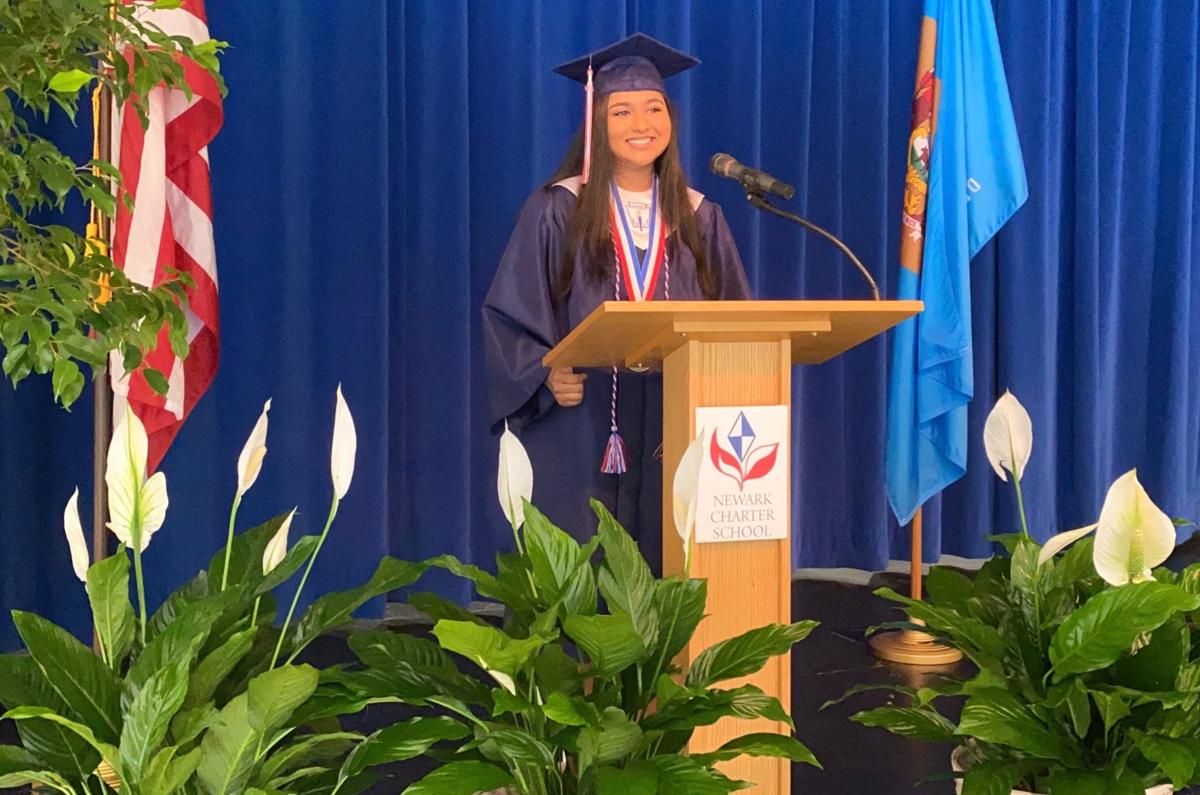 Riya Setty was named valedictorian and will attend the University of Pennsylvania to study cognitive and computer science. 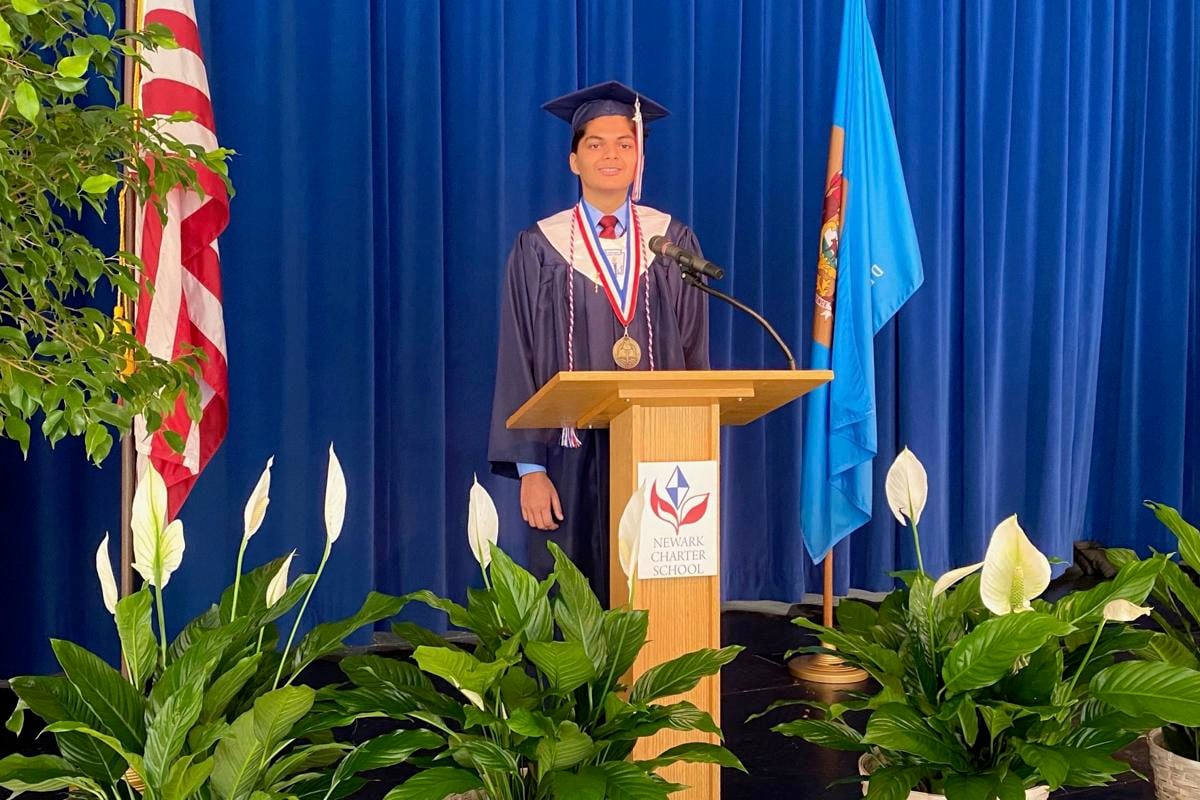 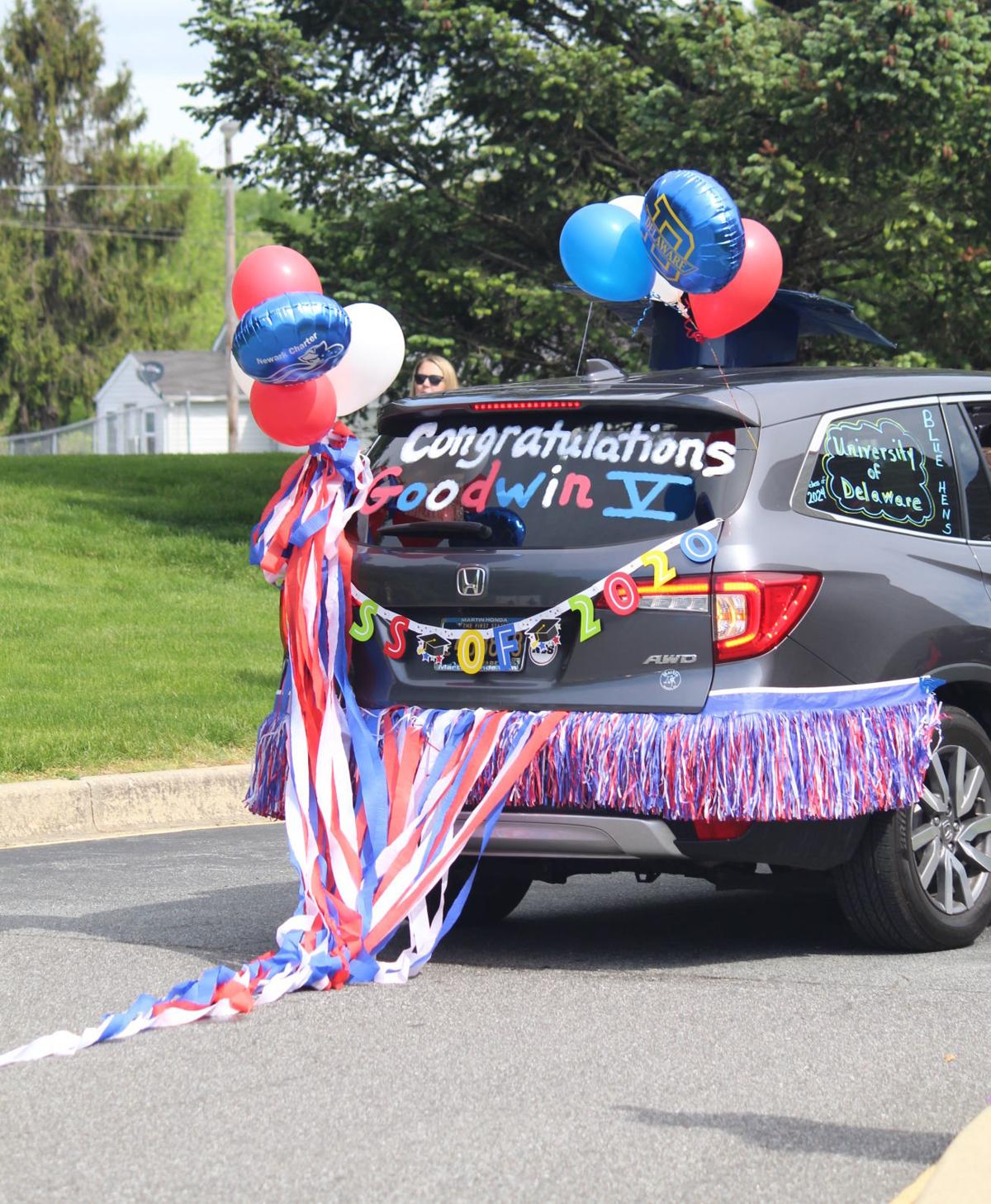 Riya Setty was named valedictorian and will attend the University of Pennsylvania to study cognitive and computer science.

With a large ceremony at the Bob Carpenter Center not possible this year, Newark Charter School celebrated its 147 seniors on Saturday with an alternative graduation event that abided by social distancing guidelines.

Seniors and their families arrived at the school by car and drove through the parking lot, which was lined with teachers and staff members from the school’s elementary, middle and high schools.

“Over 180 NCS employees cheered the seniors while appropriately social distanced and ensured the safety of the seniors,” spokeswoman Sharon Dorr said.

One by one, each senior was allowed to get out of the car, walk up the school's front steps and receive his or her diploma, Dorr said.

Speeches by students and school officials were recorded separately and will be distributed to families later.

The Class of 2020 is Newark Charter’s fourth high school graduating class and the first group of students who were able to attend NCS for their entire school career, from kindergarten to 12th grade.

“The support, love and caring the staff showed for our students was overwhelming,” School Director Franklin Newton said in a prepared statement. “While I knew the seniors and their families needed the sense of closure the event would bring, it became clear that it was something we all needed. To be able to come together as best we can, to do our best for our NCS families and students, is a clear living embodiment of the NCS patriot spirit.”

Saturday’s event was closed to the public and members of the media.