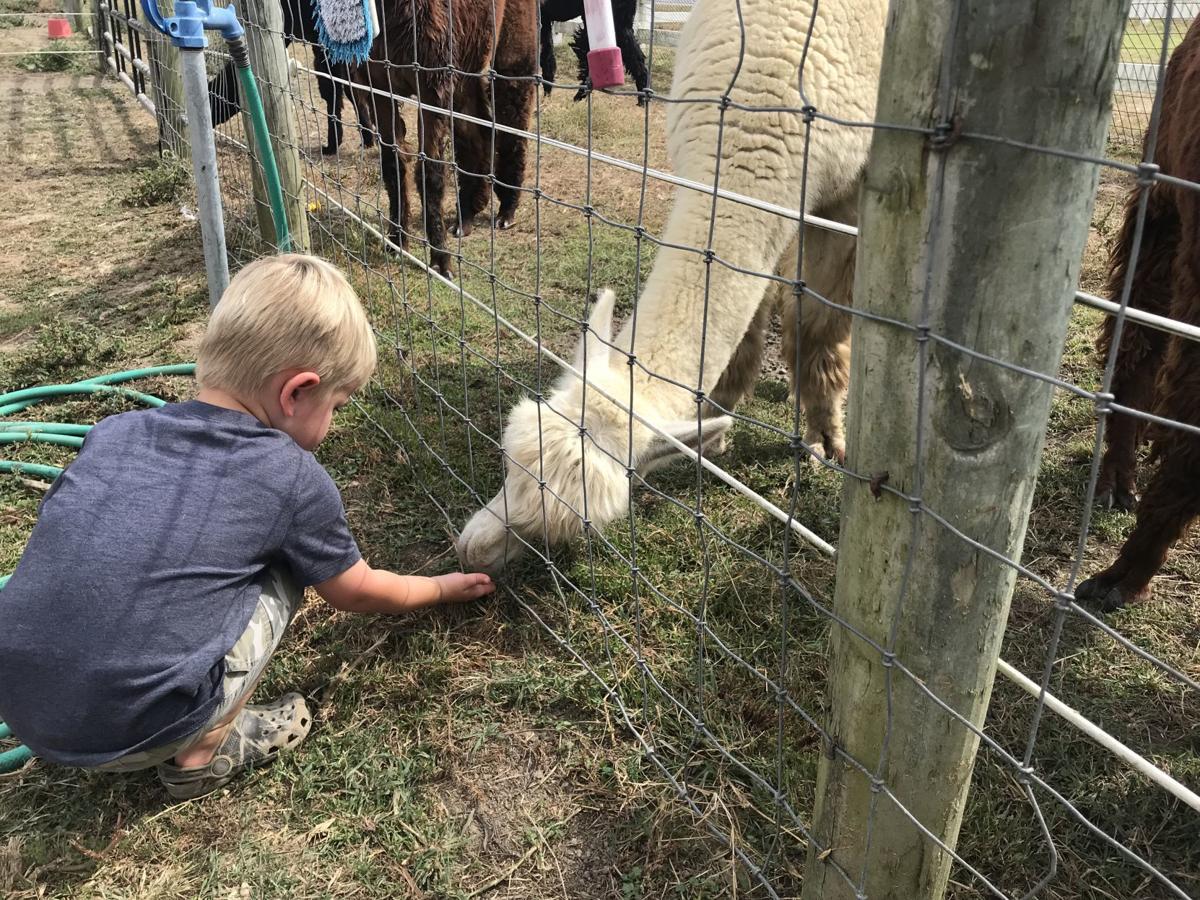 Two-year-old Newark resident River Ries bravely feeds a male alpaca on Sunday at Hill Billy Hills alpaca farm. Ries visited the farm for the second time with his mother Sara, this time with new brother Beckett in tow. “He seems much more comfortable around the animals this year,” said his mother. 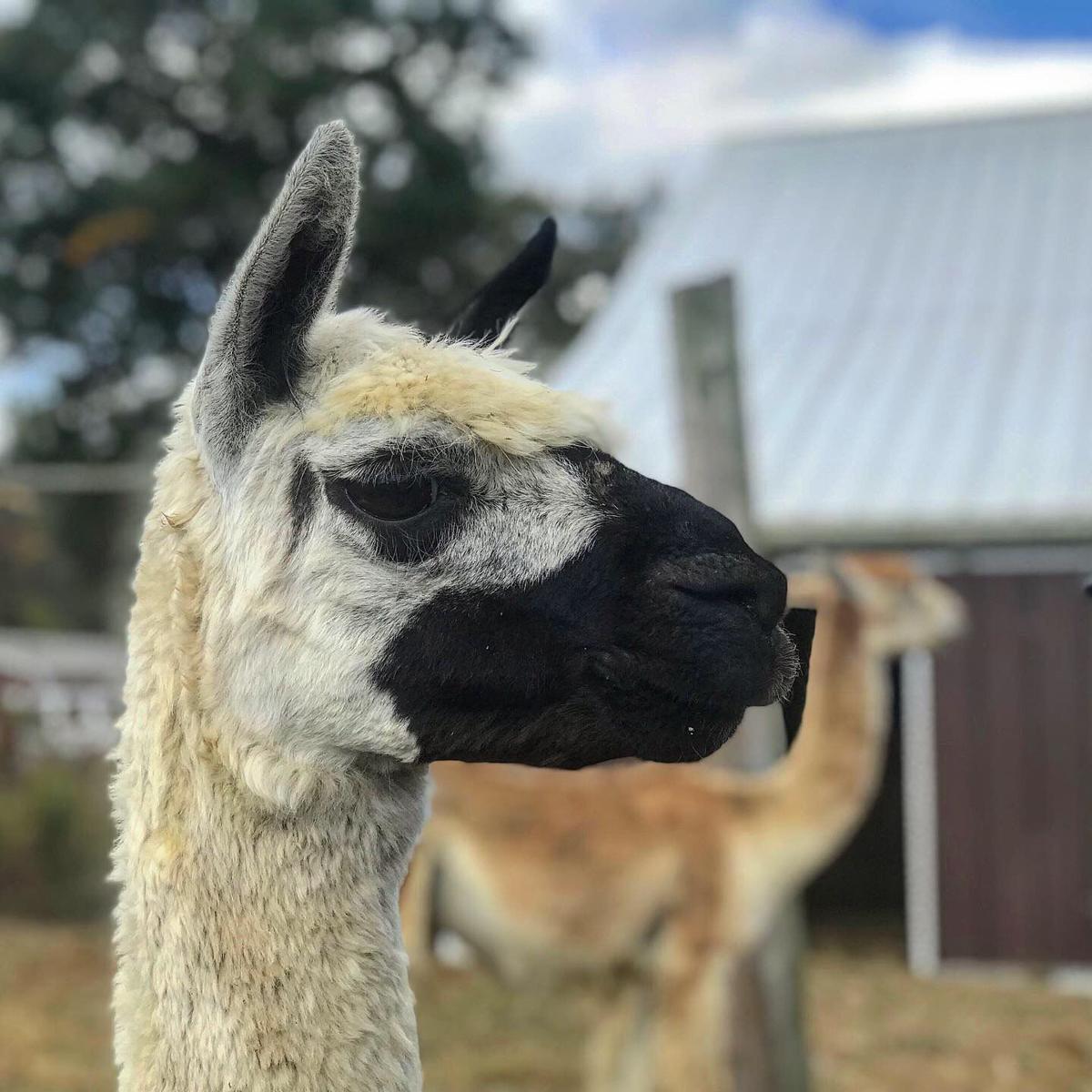 A female alpaca gives a satisfied smile after grabbing some grain for a snack. 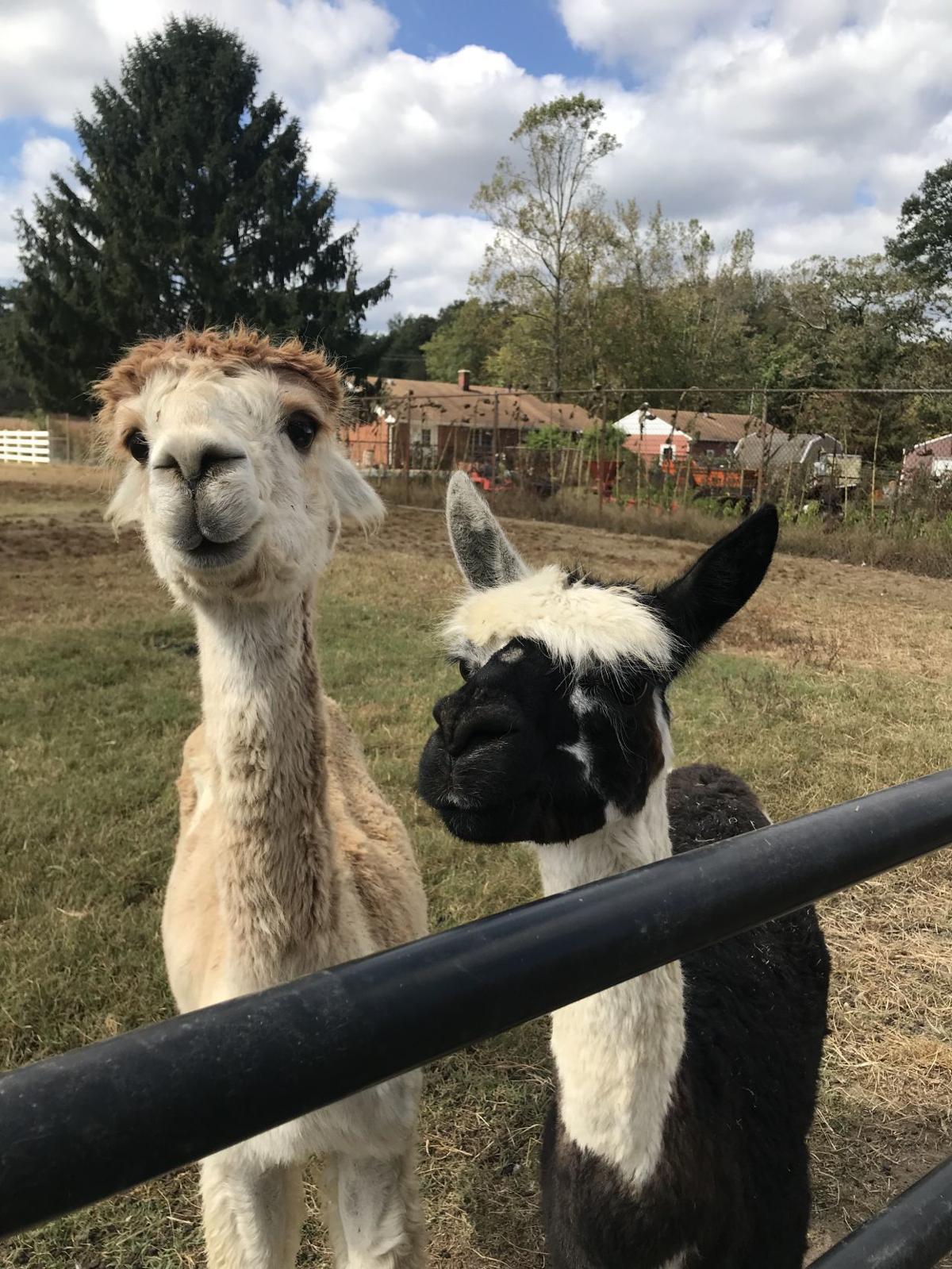 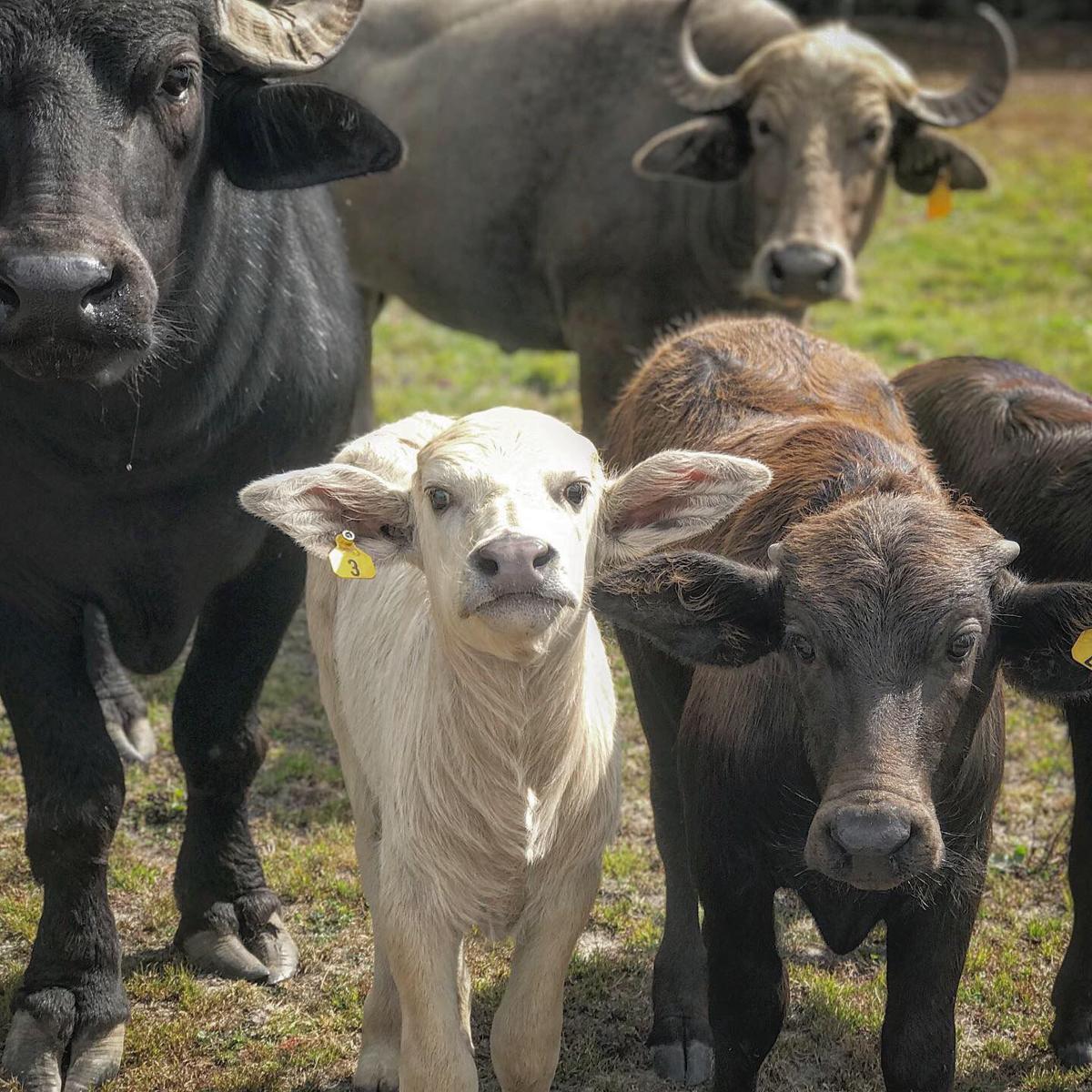 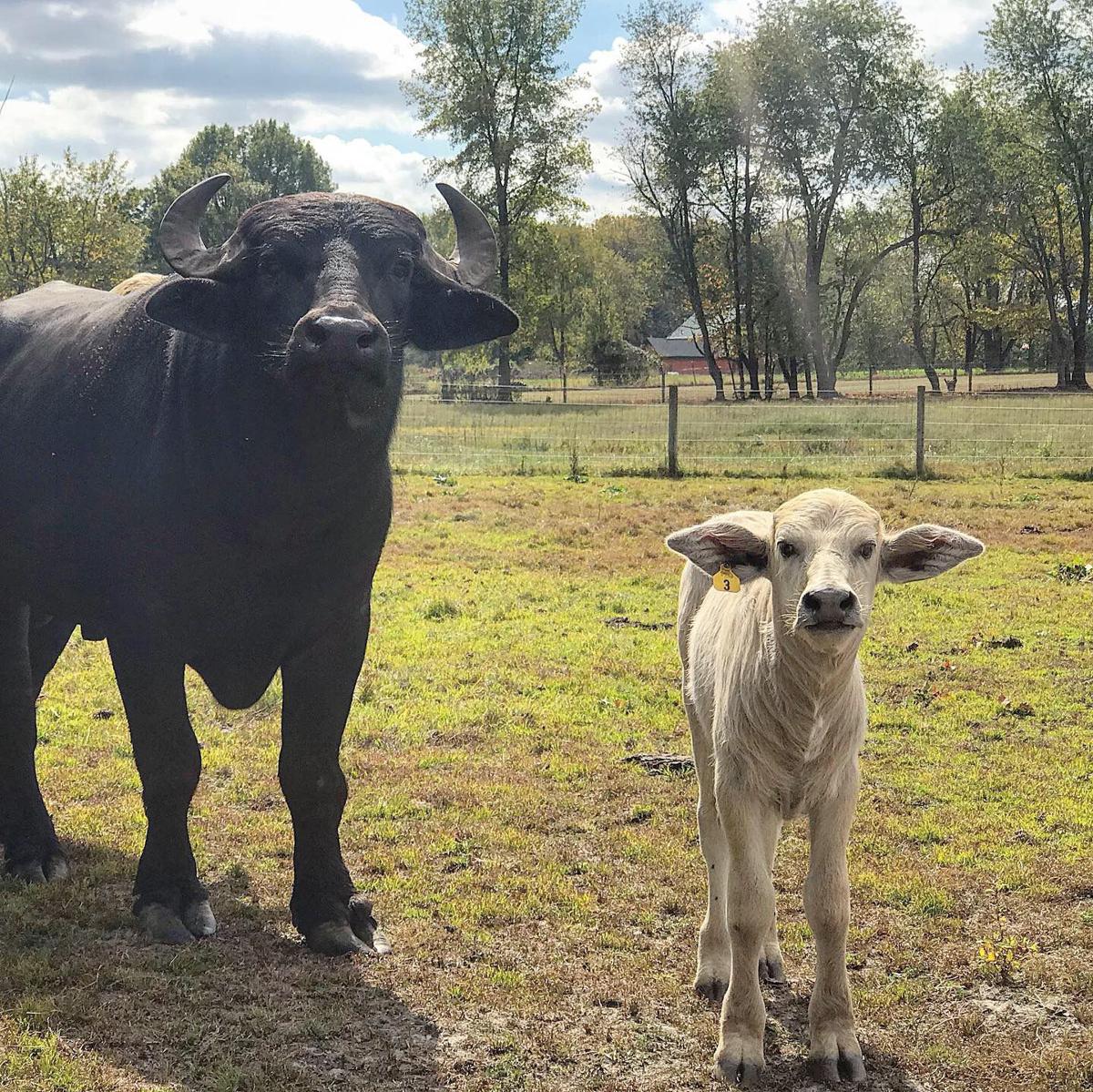 Casper the calf and an adult Asian water buffalo 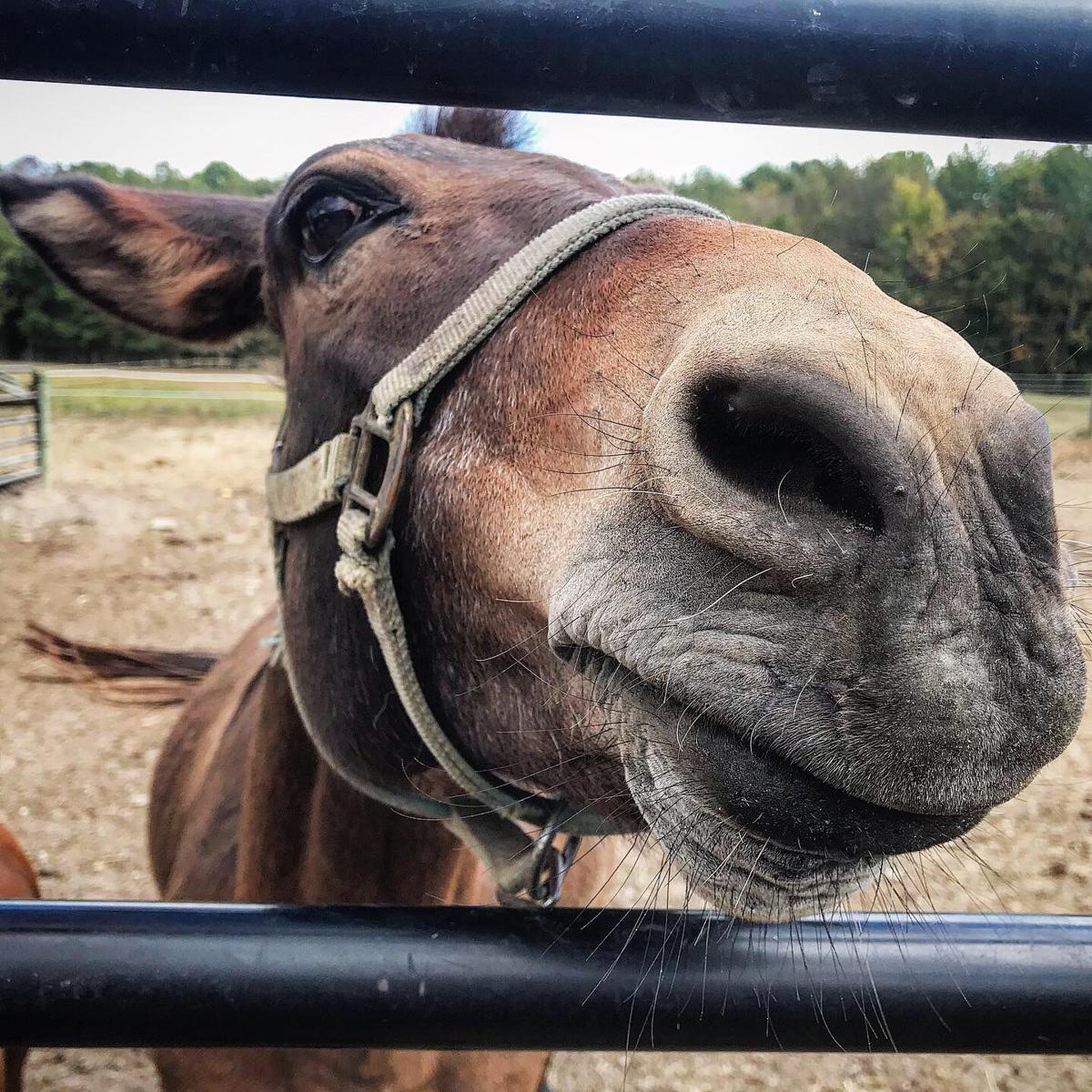 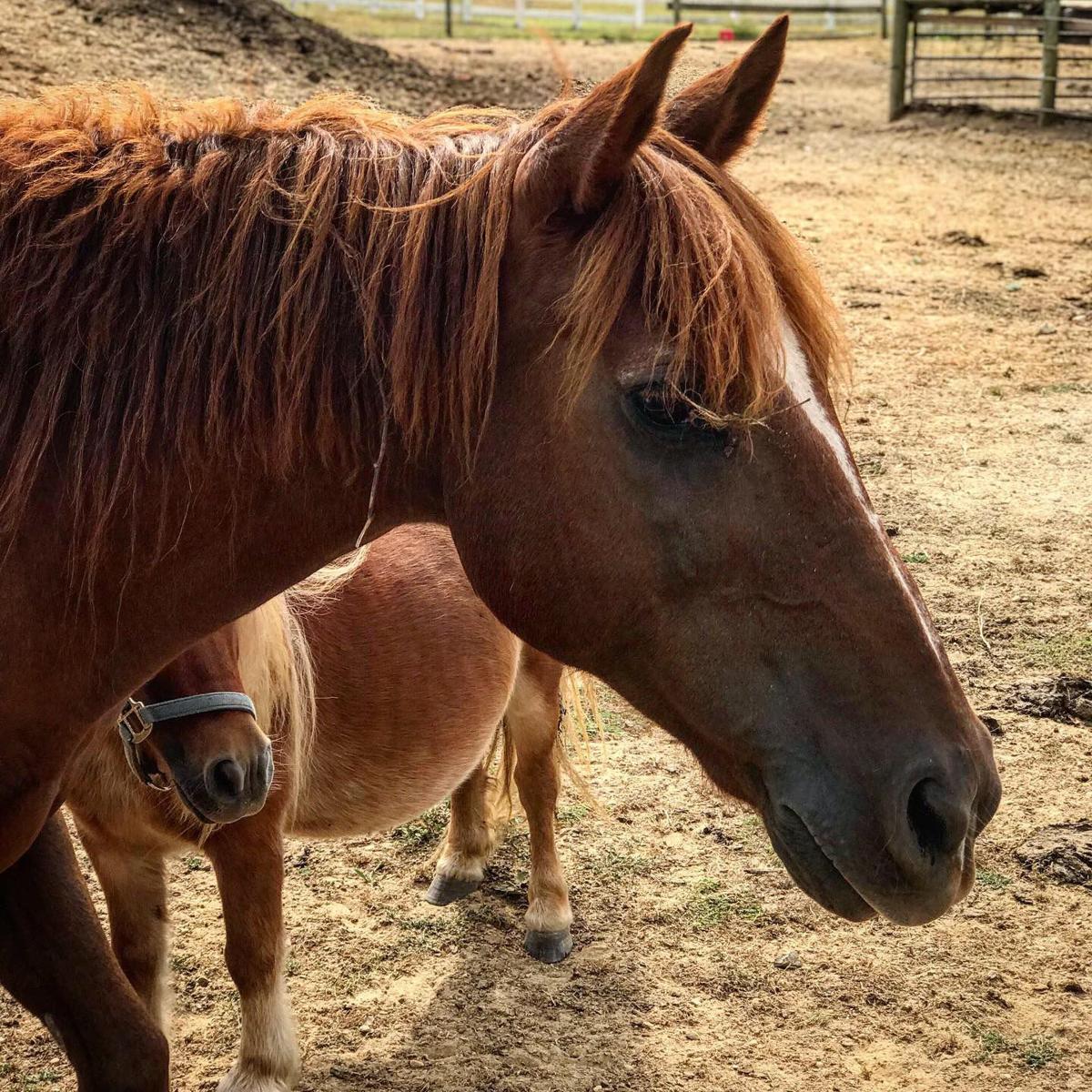 Horses and ponies were a big attraction at Hill Billy Farms in Newark on Sunday. 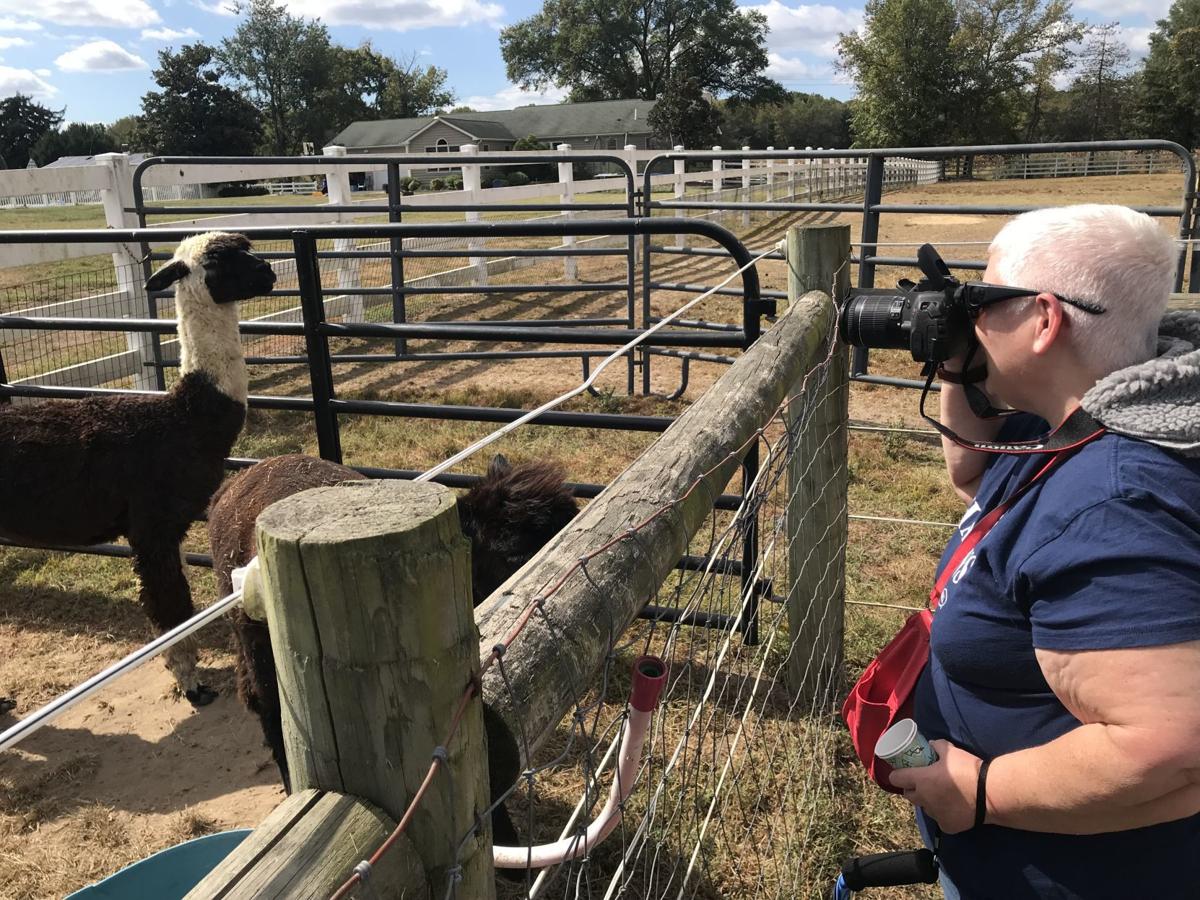 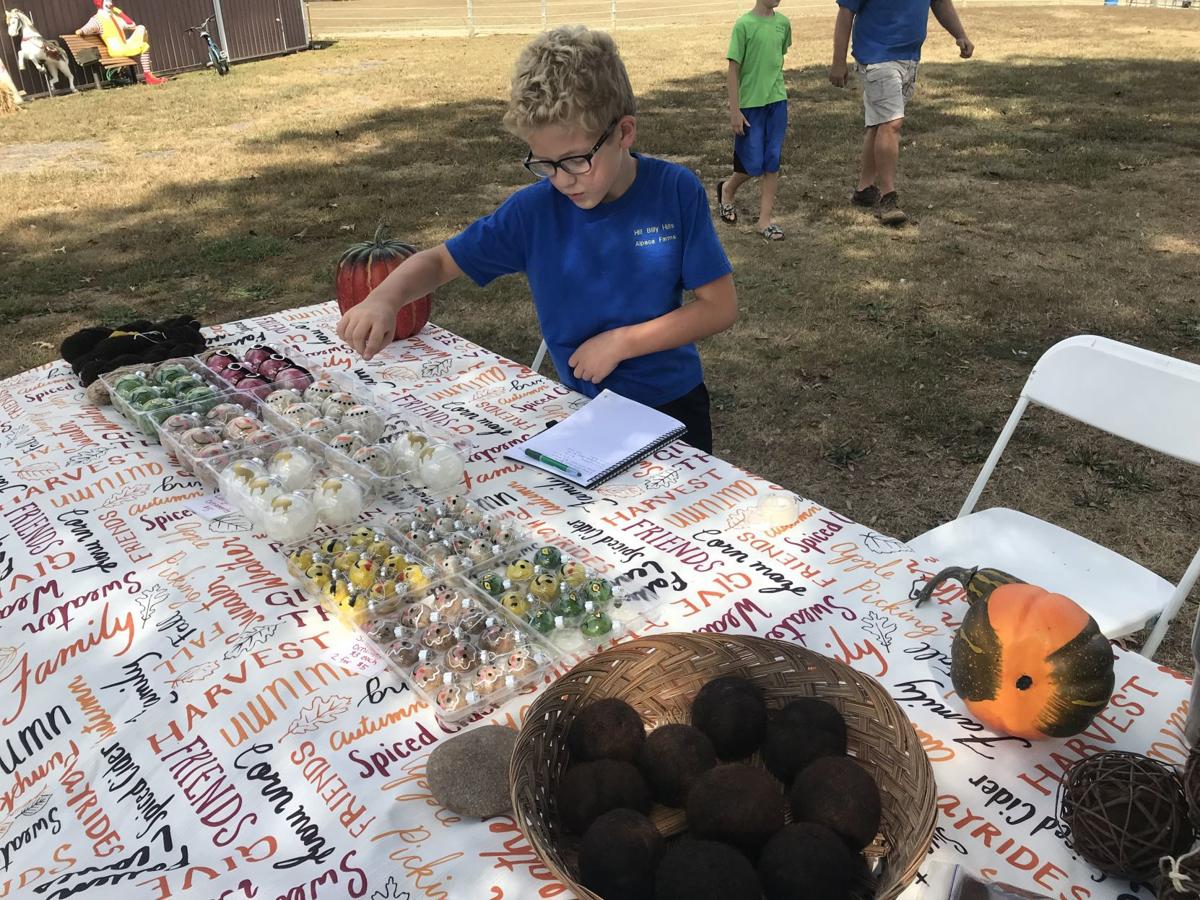 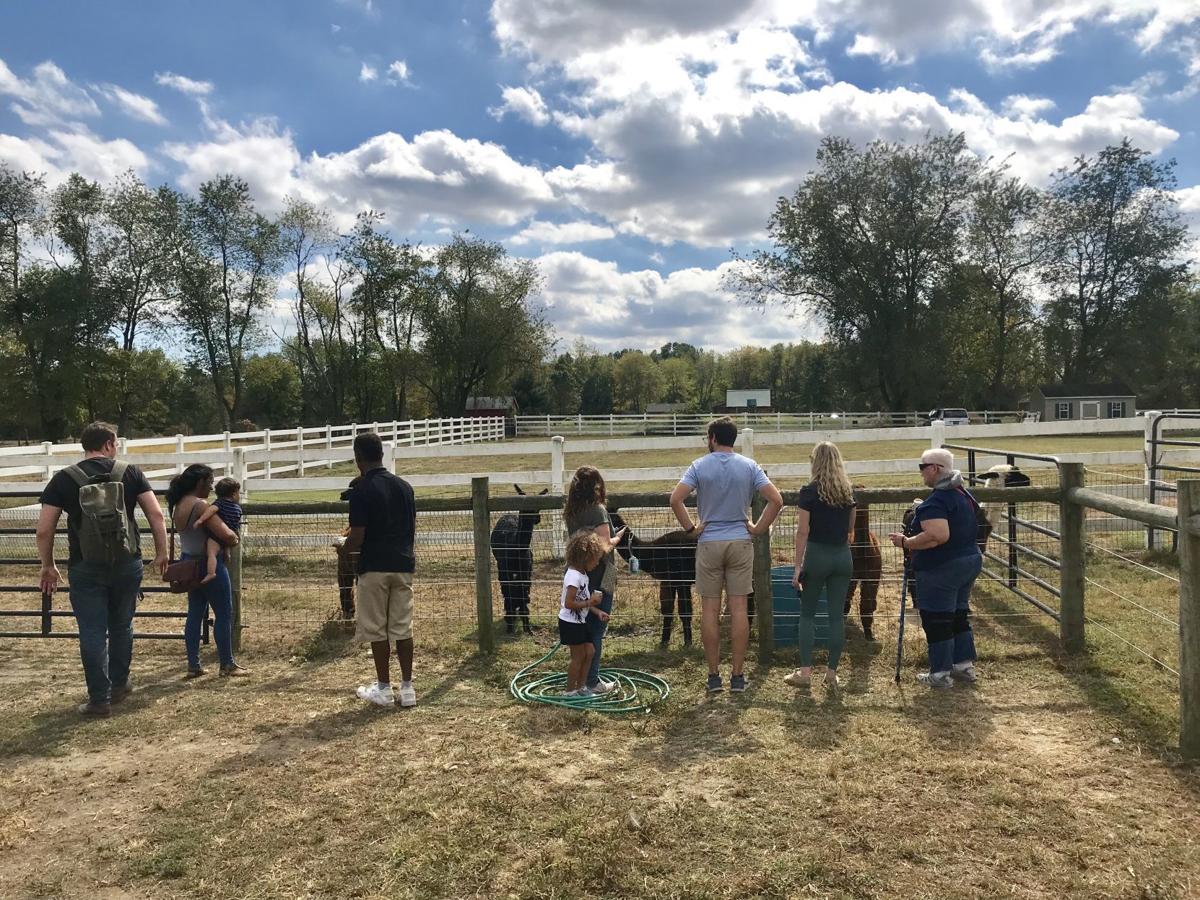 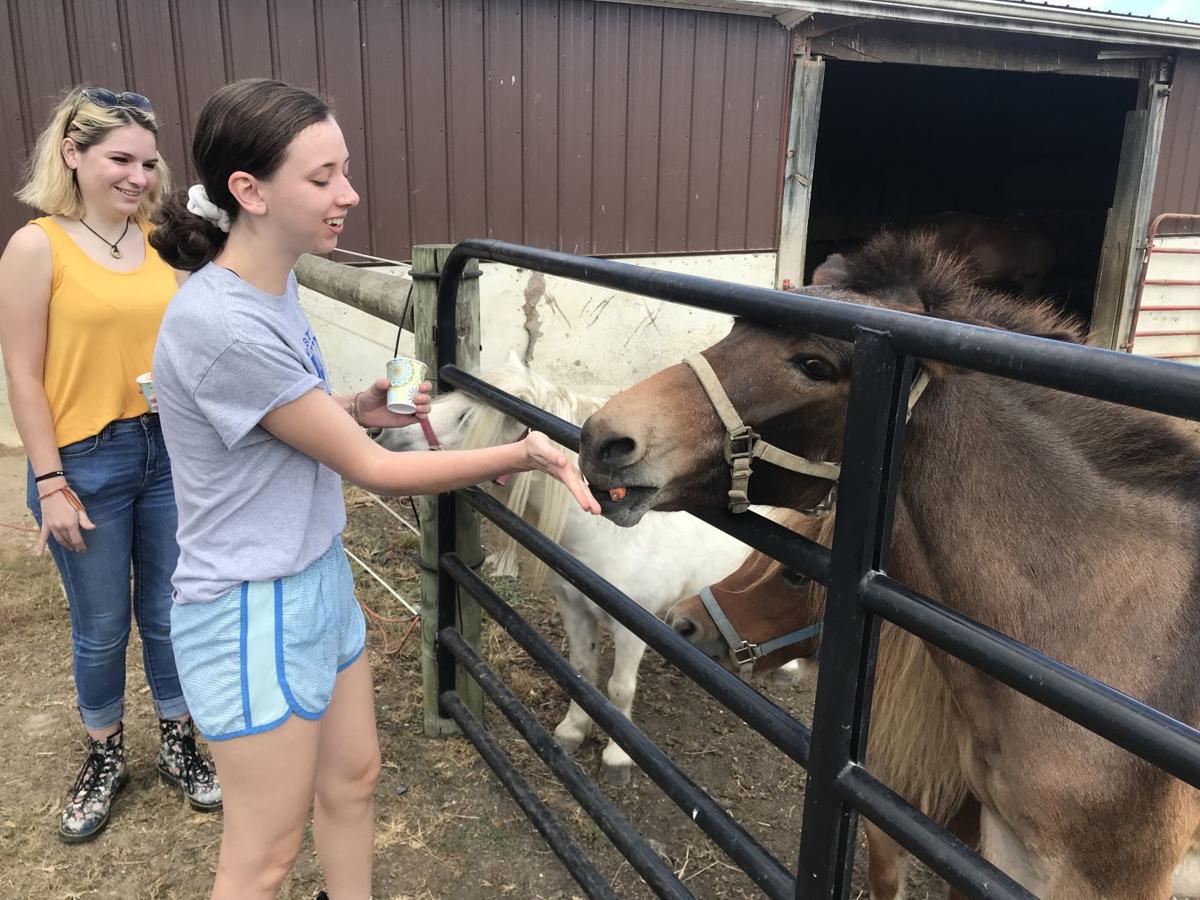 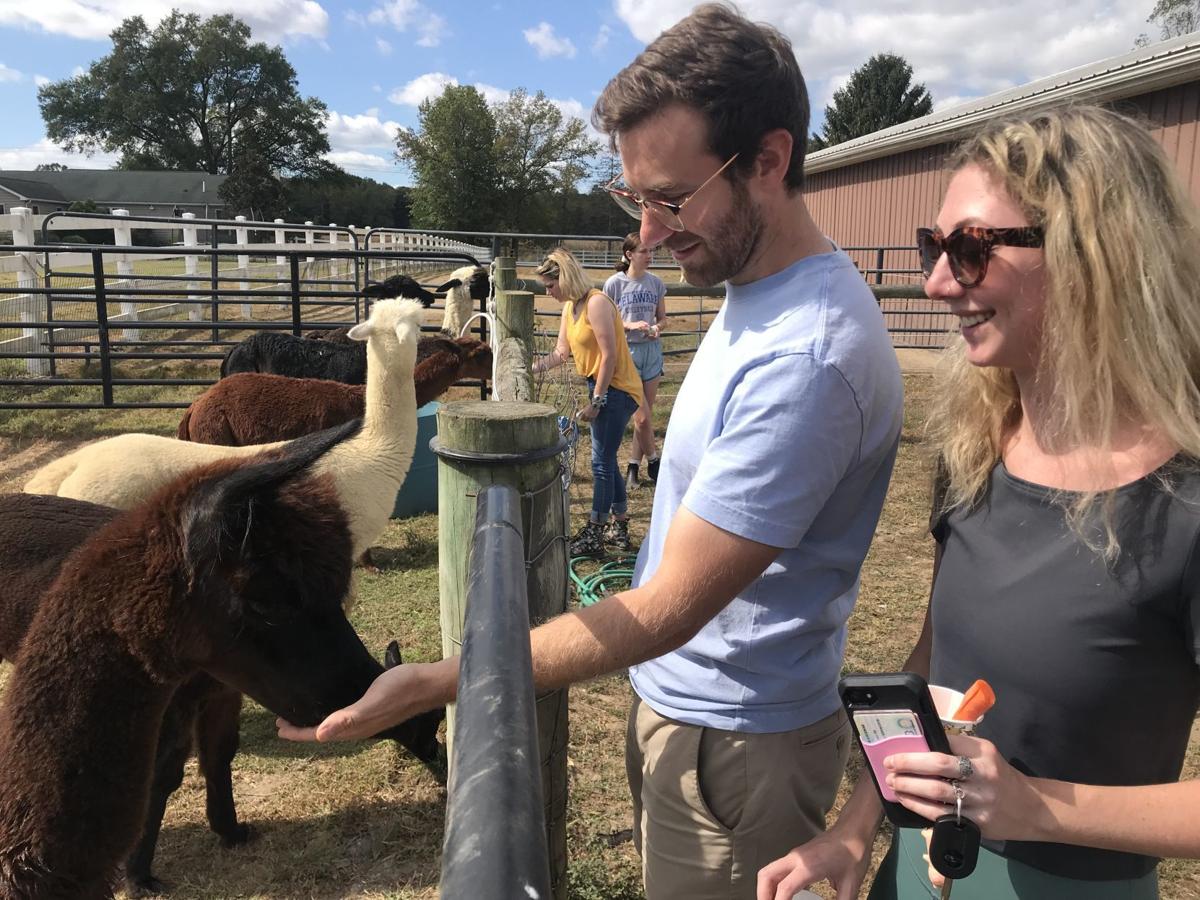 Two-year-old Newark resident River Ries bravely feeds a male alpaca on Sunday at Hill Billy Hills alpaca farm. Ries visited the farm for the second time with his mother Sara, this time with new brother Beckett in tow. “He seems much more comfortable around the animals this year,” said his mother.

A female alpaca gives a satisfied smile after grabbing some grain for a snack.

Casper the calf and an adult Asian water buffalo

Horses and ponies were a big attraction at Hill Billy Farms in Newark on Sunday.

When they think of alpaca, many people think of South America. The camelid mammals are native to our neighbor continent.

Not many people would think of Delaware.

But alpaca farms thrive in the mid-Atlantic region and New England, and Hill Billy Farms south of Newark is one example.

The family farm only opens to the public a few times per year, and an event on Sunday brought out more than 100 guests to enjoy a beautiful, sunny day on the 28-acre property.

There were hayride tours around the property, where participants brought snacks and drinks to enjoy while riding in a fall-themed trailer. Adults, college kids and children all enjoyed the sights and sounds of Hill Billy Hills.

Cups of carrot slices, apples and grains for guests to feed to the alpaca and horses were available. Dozens of families and community members mingled peacefully through the pastures, barns and central path.

The main attraction, of course, were the alpaca. Twelve in all — six of each sex — boast quaint names like Sunflower, Pepper, Cuervo and Patriot. Ranging in color from black and white to taupe to a ruddy brown, two separate alpaca pens drew crowds of all ages.

Next to the alpaca, horses and small ponies were hungry for carrots, while ducks and geese bathed and splashed in the farm’s central pond.

Even the farm’s mottled cat could sense it was a special day, as she positioned herself in the central area and solicited pets for several afternoon hours.

“I came out last year, and it was a blast,” she said. “But the weather was really miserable. So I decided to come again this year. It is such a gorgeous day.”

William “Billy” Betts has lived on the 28-acre farm known as Hill Billy Farms since the 1960s. His wife, Esther, and now several of their children, also inhabit the land.

“Alpaca farms around the country open up and invite visitors. We’ve been doing it for the past six or seven years. Today, people come and we have food out so they can feed the animals. We’re going to do some hayrides, and we have some of our alpaca products for sale.”

All of the adult family members work full time, so “this is something we do for fun,” said Strong.

The cheeky alpaca — shorn once per year for fiber and wool — are friendly and gentle. Toothy-looking mouths delicately take small kernels of grain from young children and adults.

But they aren’t the only attraction on the sprawl of farmland off Frazer Road. There are pastures and woods home to a small herd of Asian water buffalo, as well as horses, ponies, cows, pigs, chickens, ducks and geese.

As the Betts family gathered with friends and visitors, two large turkeys hobbled nearby, seemingly comfortable with the hustle and bustle of the dozen people congregating near picnic tables.

“They just wander,” Strong said with a smile and a shrug.

Children ran around as freely as the animals during the community day, while some families even brought babies in strollers.

Strong said the family members only open up the farm a few times per year, due to work and school schedules.

“We’ve had six or seven pig roasts,” Billy Betts said. “I’ve been doing this [weekend event] for about six years.”

Guests shopped for alpaca products, strolled through the farm or sat at picnic tables within view of the animals.

Haupt is the crafter in the family, and spins yarn from the alpaca’s soft but hardy wool. Strong and Haupt together make Christmas ornaments filled with alpaca wool and other small home wares.

“We’ve had one baby [alpaca] born here,” said Strong. “His name is Patriot. He was born on July 3, so we knew we needed to do something. We had a poll on our Facebook page. It was between Patriot, Captain America and a few other names. Patriot won out.”

Alpaca have quirky personalities and are known for their distinct and expressive faces. If one gets mad, they are known to spit. The family gives sheepish visitors a primer in how to feed and pet the alpaca.

“Usually they just spit at each other,” Strong said. “But if we give them a shot or something, they will spit.”

The Asian water buffalo, with majestic horns and peaceful temperament, were also a favorite of the crowds.

“We have three babies,” said Esther Betts, gesturing toward the water buffalo calves.

There were two dark-colored calves among the herd of similarly hued bovines, but among the chaos emerged a streak of white. A female calf named Casper bears a different color than her family and herd.

“Grandpa thought she was a boy,” Strong’s daughter, Emma, said. “But it turns out she’s a girl.”