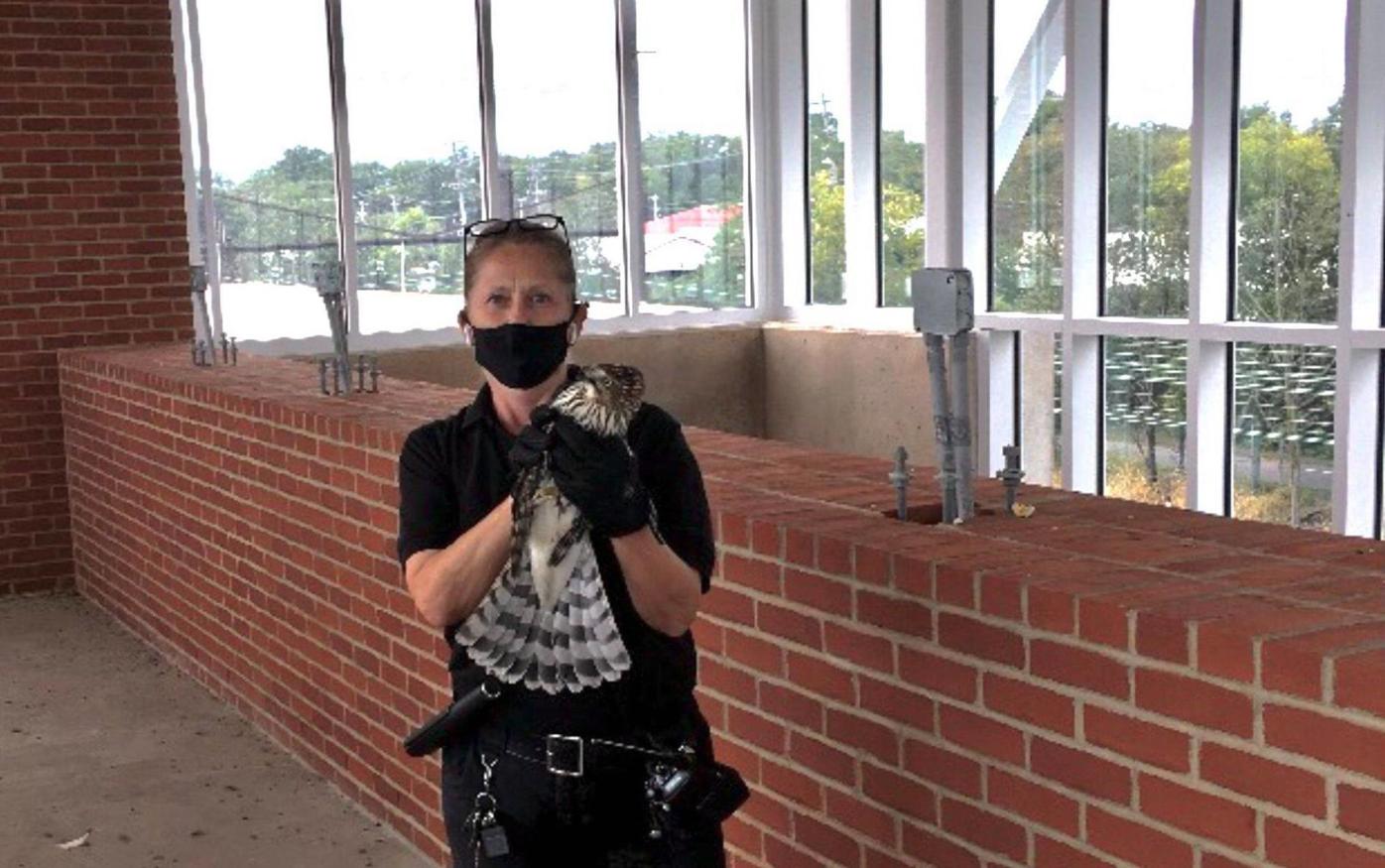 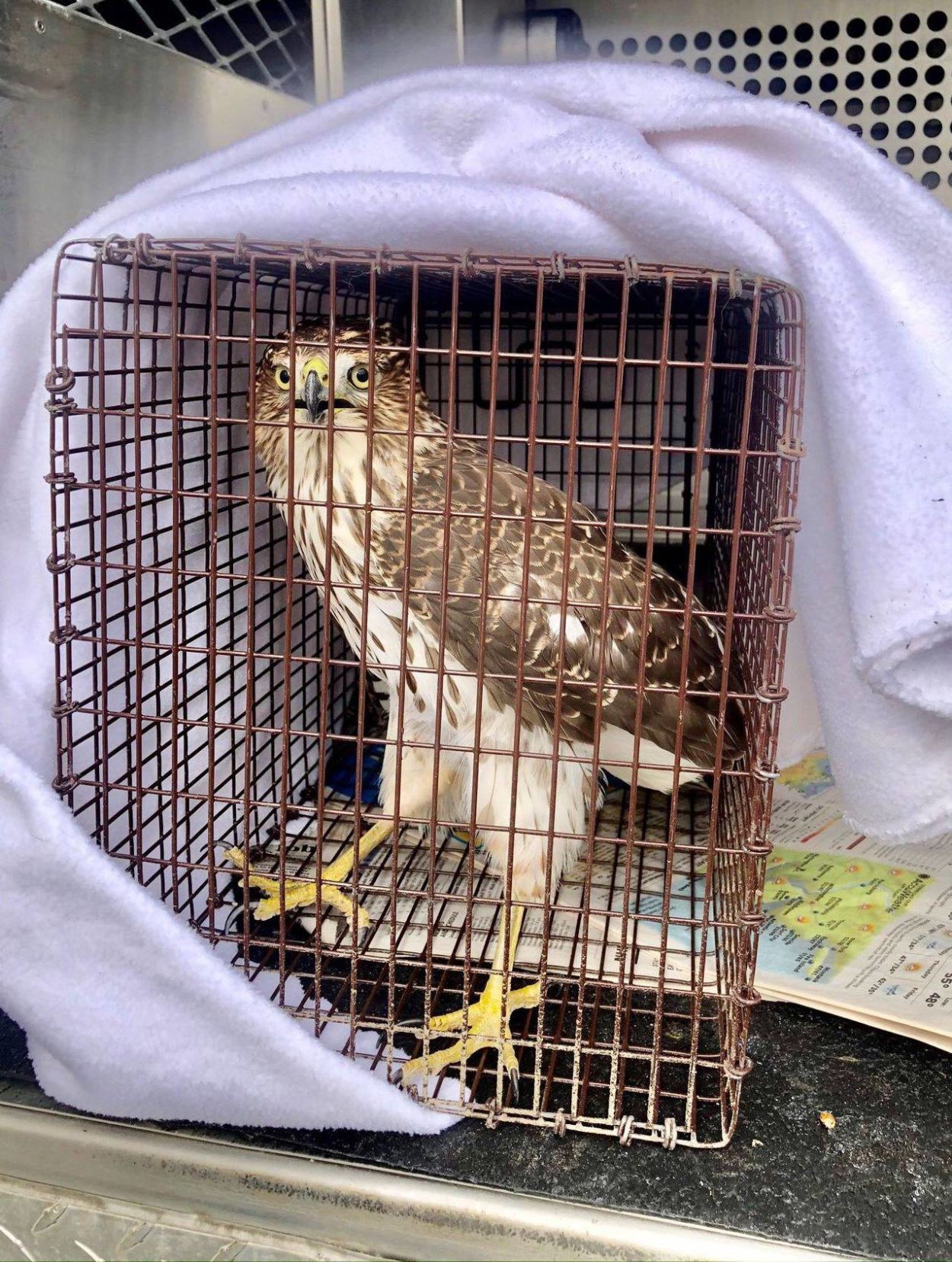 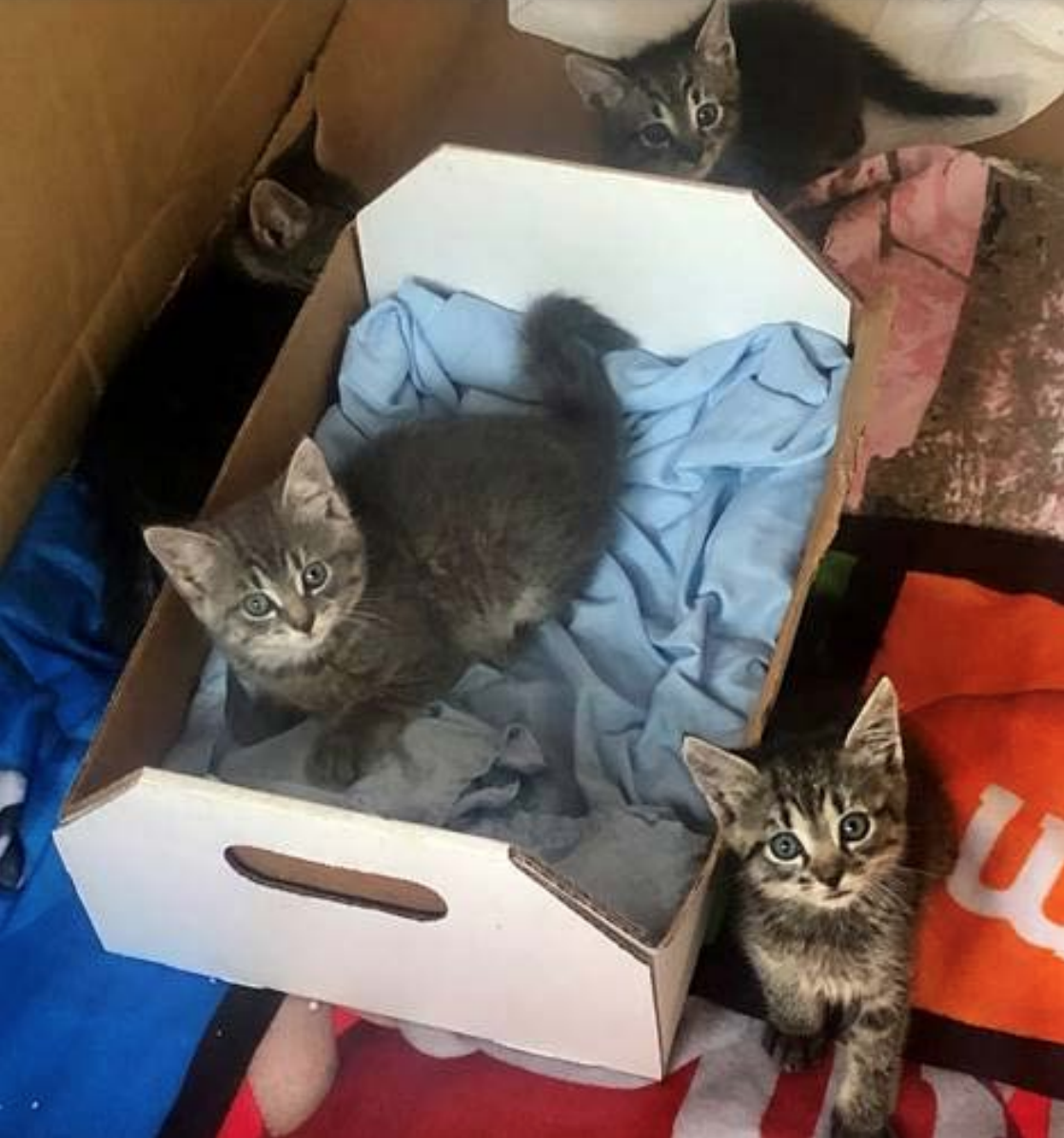 Officer Donna Vickers was called to the station Oct. 1 for a report of a Cooper’s hawk trapped in the upper level. The new train station, which is located at the northeast corner of the University of Delaware’s STAR Campus, is nearing completion after more than two years of construction.

The hawk, which is believed to have flown up there via a staircase, had been in the station for several days, according to Lt. Andrew Rubin, a spokesman for the Newark Police Department.

“It had been flying into the windows trying to get out,” Rubin said.

Vickers used a net to rescue the hawk. While the bird had no obvious injuries, Vickers took it to Tri-State Bird Rescue for examination.

Newark has long handled animal control issues differently than many other areas of the state, choosing to employ a full-time animal control officer as part of the police department. The officer responds to a variety of animal related complaints – including animal bites, animal abuse, lost/found pets, aggressive animal behavior and noise complaints – and is state-certified to trap wildlife.

In her 30 years with the city of Newark, Vickers has rescued or captured countless animals, including some more unusual encounters, like wrangling an escaped emu, capturing a 6-foot python and rounding up a runaway pig.

On the same day she rescued the hawk, she was also called to the 700 block of South College Avenue for four five-week-old feral kittens that were found in the backyard of a residence. She contacted a cat rescue group, which agreed to accept the kittens and place them in foster care until they are old enough to go up for adoption.

Two days earlier, she was called to the 900 block of Baylor Drive in Nottingham Green after residents expressed concern about a raccoon that was out in the daytime hours and showing no fear of humans or animals. Vickers captured the raccoon and removed it from the area. Because of the animal’s abnormal behavior and the fact raccoons are vectors for rabies and several other diseases, it was humanely euthanized. The homeowner’s two dogs were taken to their veterinarian for an examination and a rabies booster.

At last, finally some action at the train station! That place has been largely completed for at least 9 months and no action at all inside the building. Too bad it takes a trapped animal to get some "ink" from the Post. The parking lot alone must have hundreds of parking spots, for the most part all empty all hours of the day. Someone explain what is going on with that "museum". The Newark Museum gets more foot traffic than the darn train station!!!