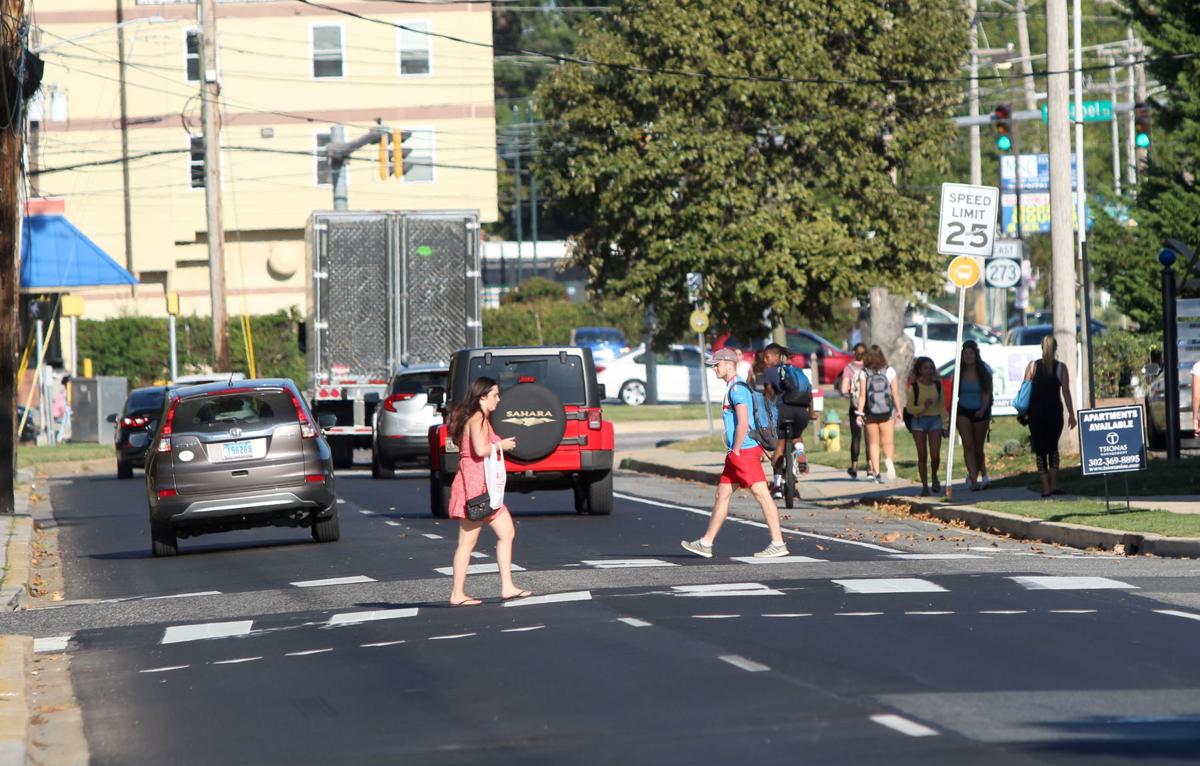 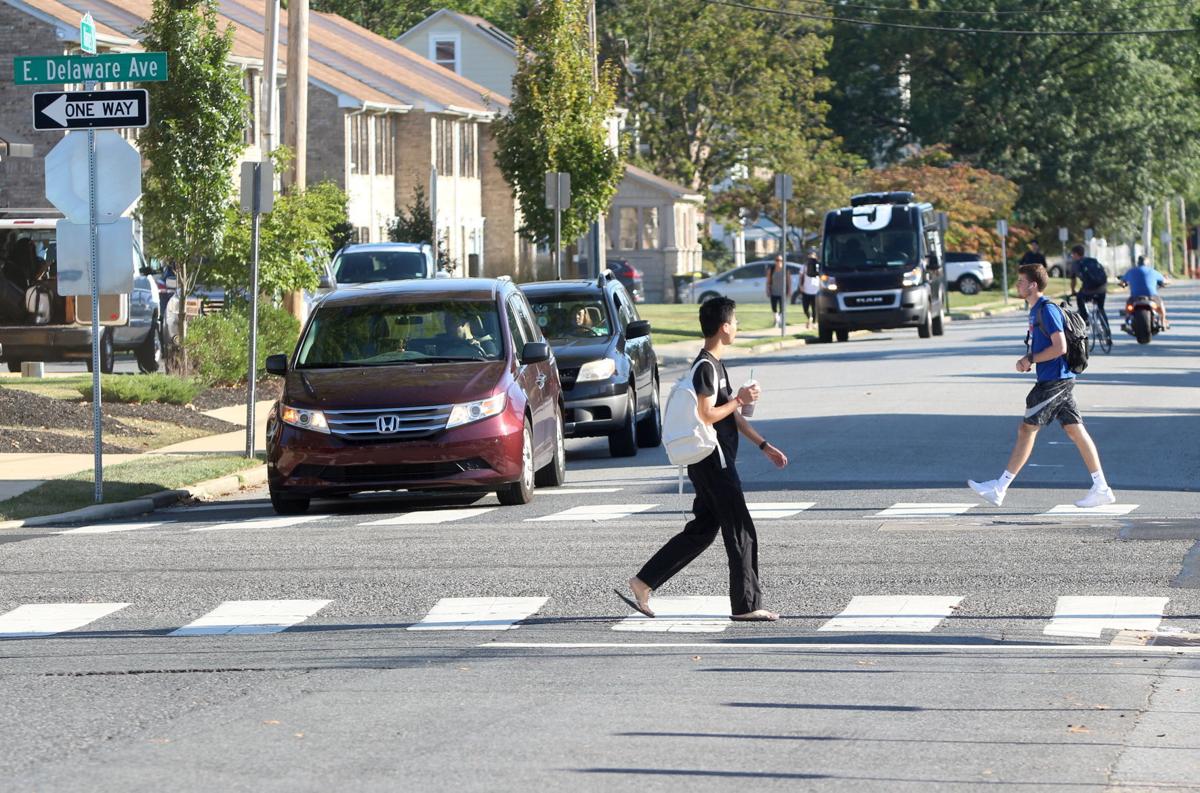 Another traffic signal could be coming to Delaware Avenue, if city council signs off on a proposal from the Delaware Department of Transportation.

The transportation agency is recommending a signal at the intersection of Delaware Avenue and Haines Street in order to improve pedestrian safety, DelDOT consultant Mir Wahed explained at a recent Newark Traffic Committee meeting.

DelDOT began looking at the issue in response to complaints and determined that the number of vehicles and pedestrians warrants a signal.

At peak times in the afternoon, the intersection sees approximately 200 pedestrians per hour. It has crosswalks, but no signals for pedestrians or vehicles.

“When pedestrians are crossing, vehicles are not stopping,” Wahed said.

The new signal would be included in the Delaware Avenue improvement project, which has been in the works for several years. The project will include repaving and the installation of a protected, two-lane bike path that would protect cyclists and give them a legal way to ride west on Delaware Avenue. The work will begin after the Main Street reconstruction project is complete in summer 2020 and is expected to last 18 months.

City council will vote on the proposed signal as part of approving the final Delaware Avenue plan later this year or early next year.

“It seems like it will make things smoother at this intersection,” Deputy Police Chief Mark Farrall said.

Can we at least hope they will coordinate the timing with other signals in the area? Seems that's not too much ask. I was on Cleveland Ave on Sunday and had to stop at every light from Main. St. to Kirkwood Hwy. Traffic backed up at every light.

Eventually, there will be a red light on Delaware Ave at EVERY CROSS STREET !!!

And it will take you 1/2 hour to get through that area of town with traffic. Just like Main St.