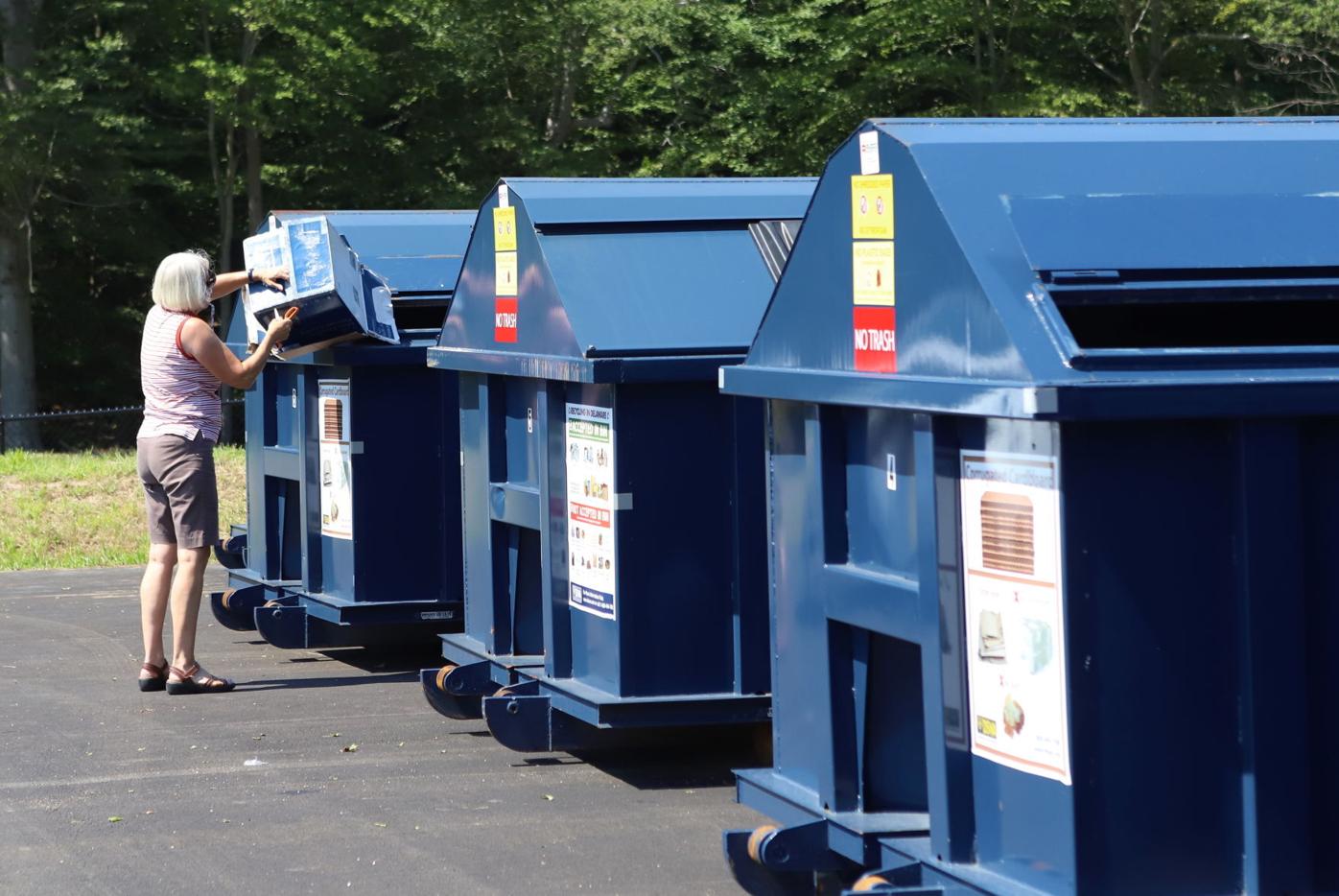 A woman drops off single-stream recycling at the Newark Recycling Center, located in Pencader Corporate Center. 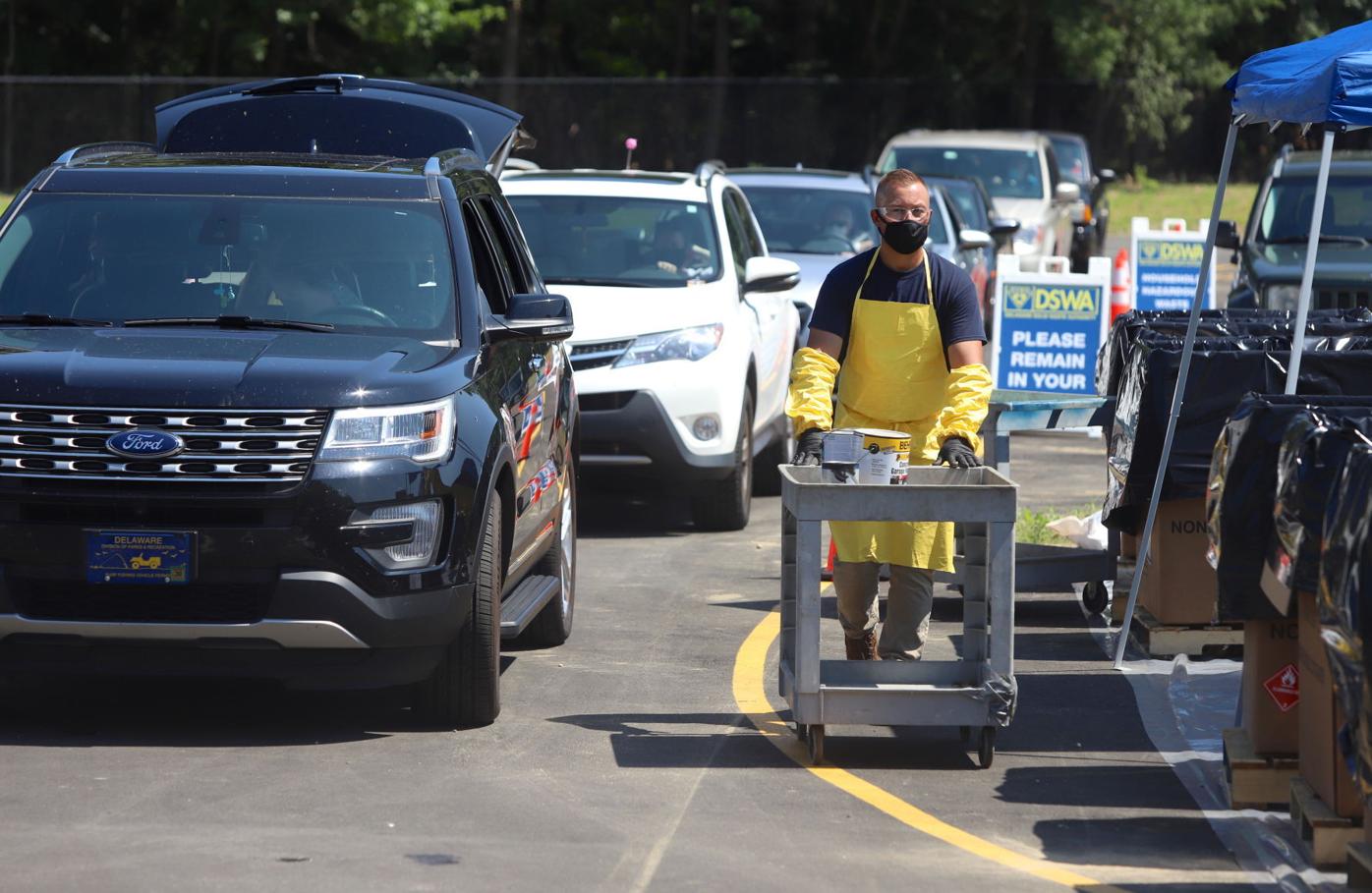 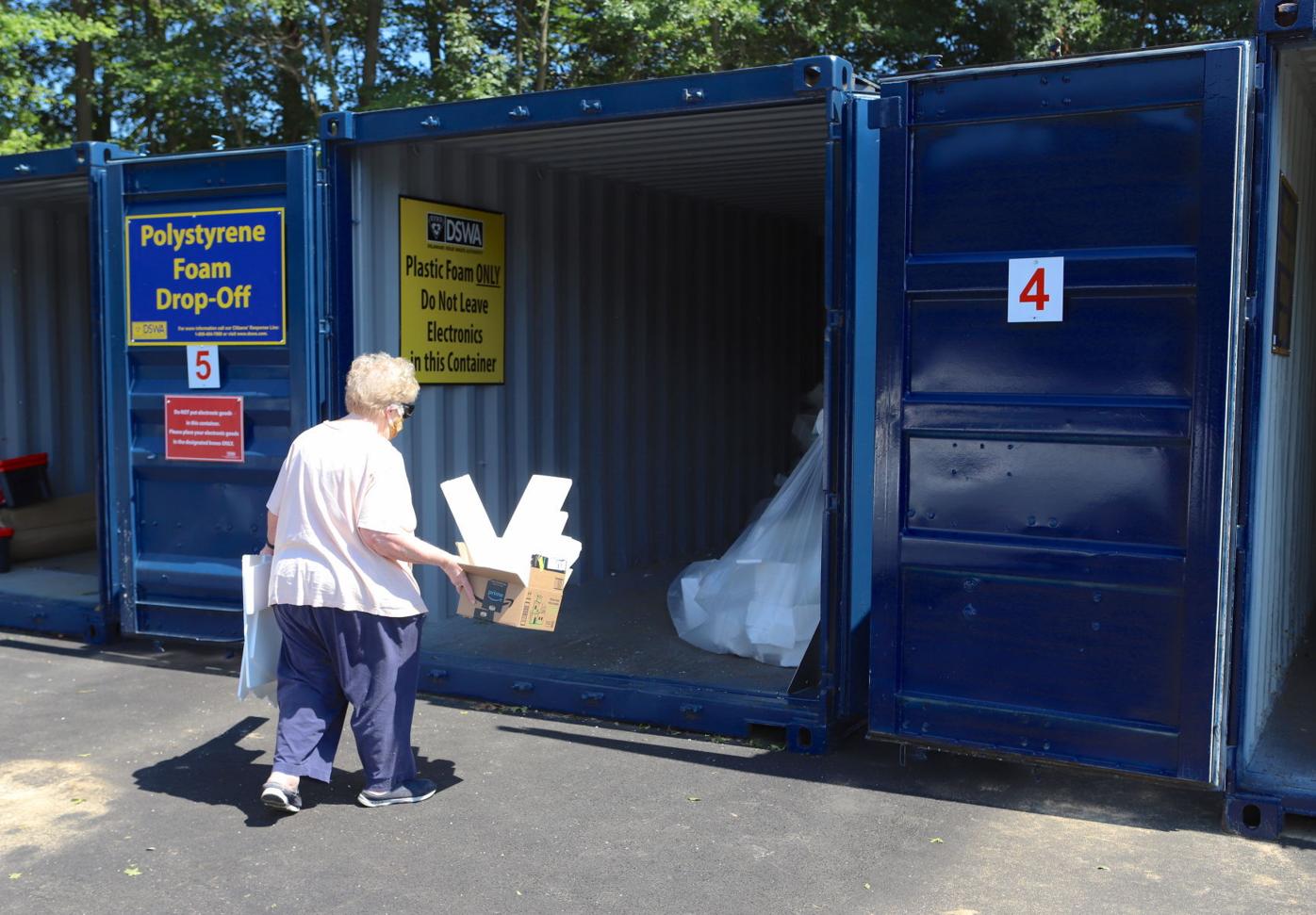 A woman drops off Styrofoam at the Newark Recycling Center. 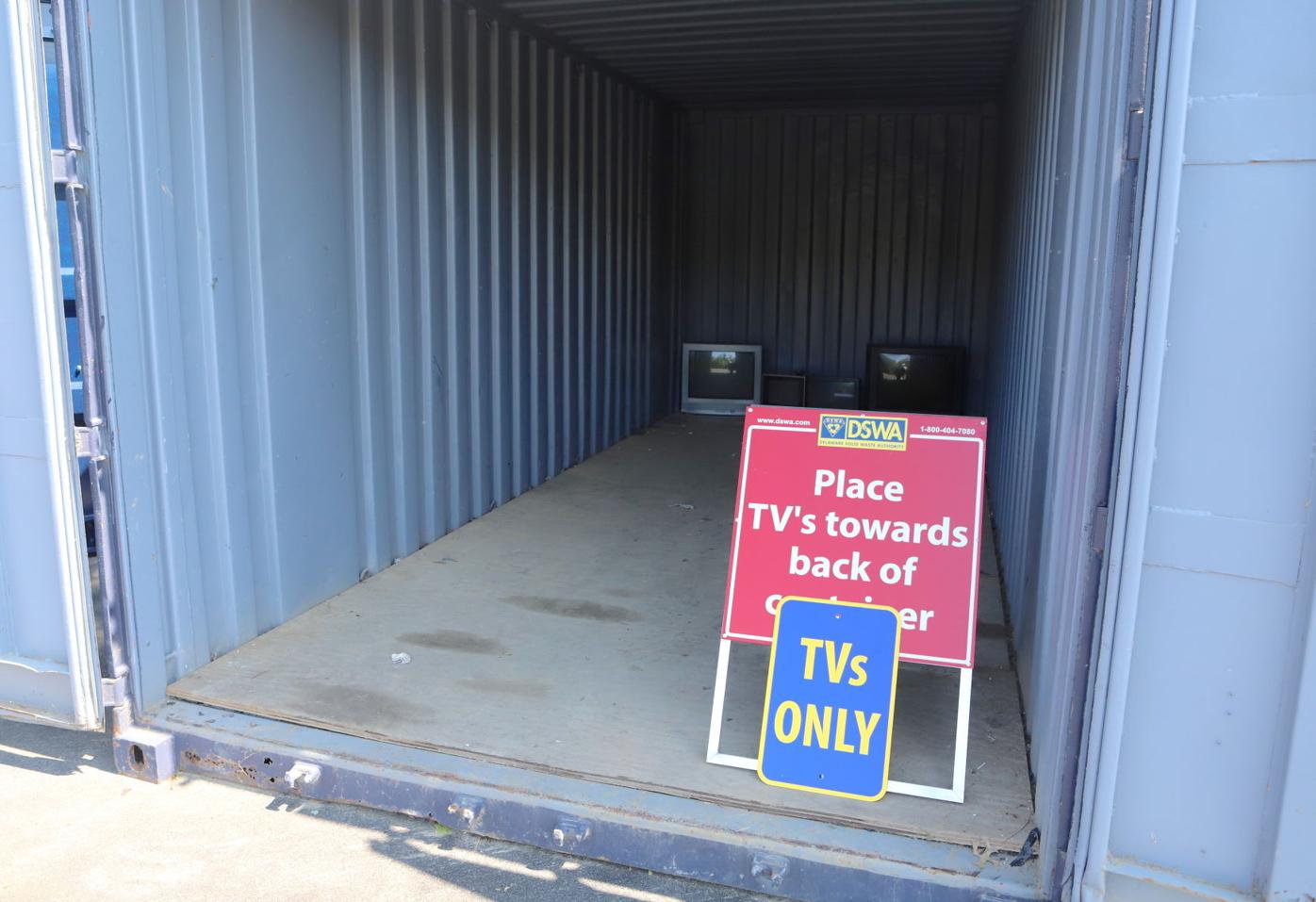 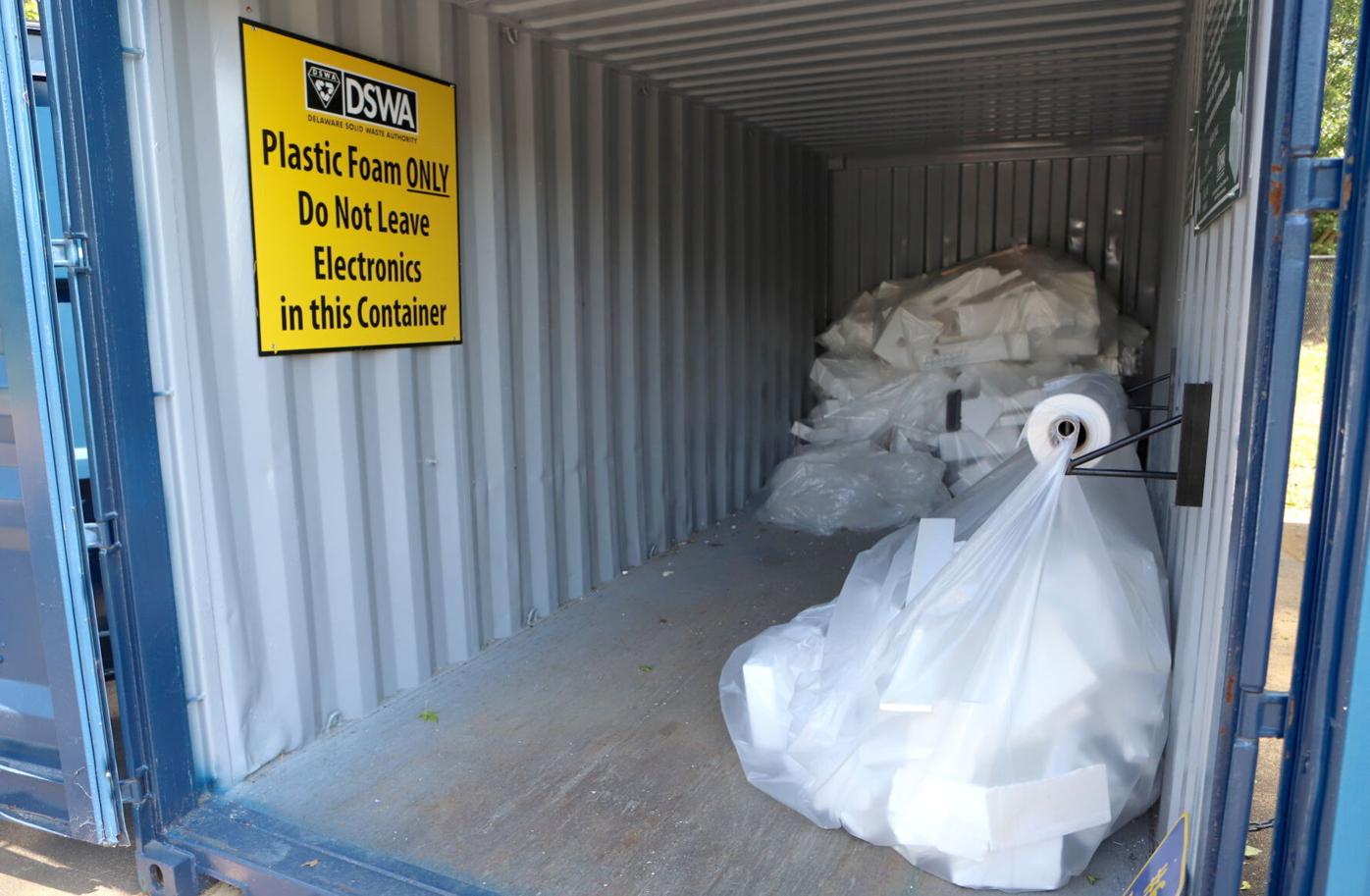 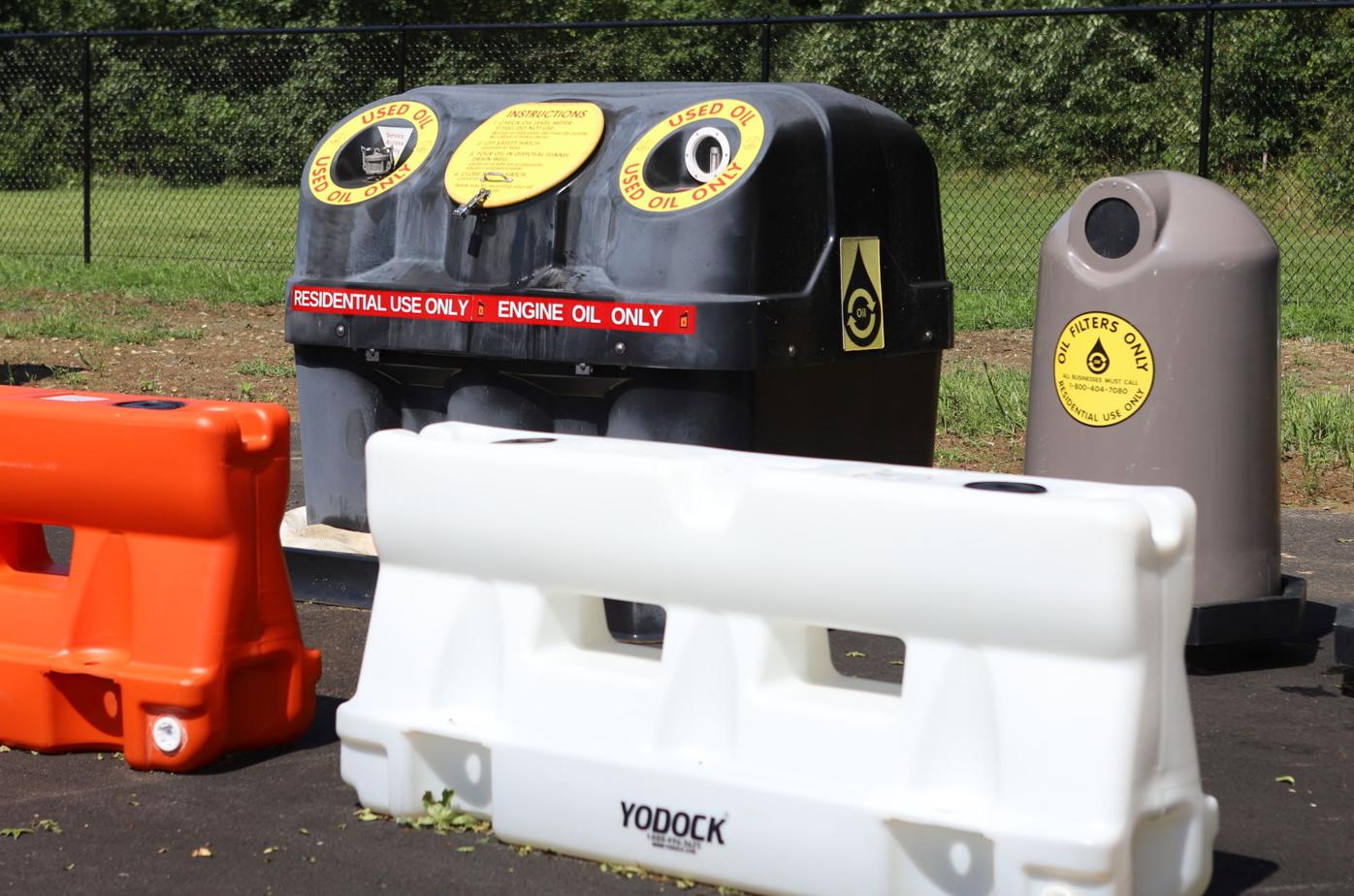 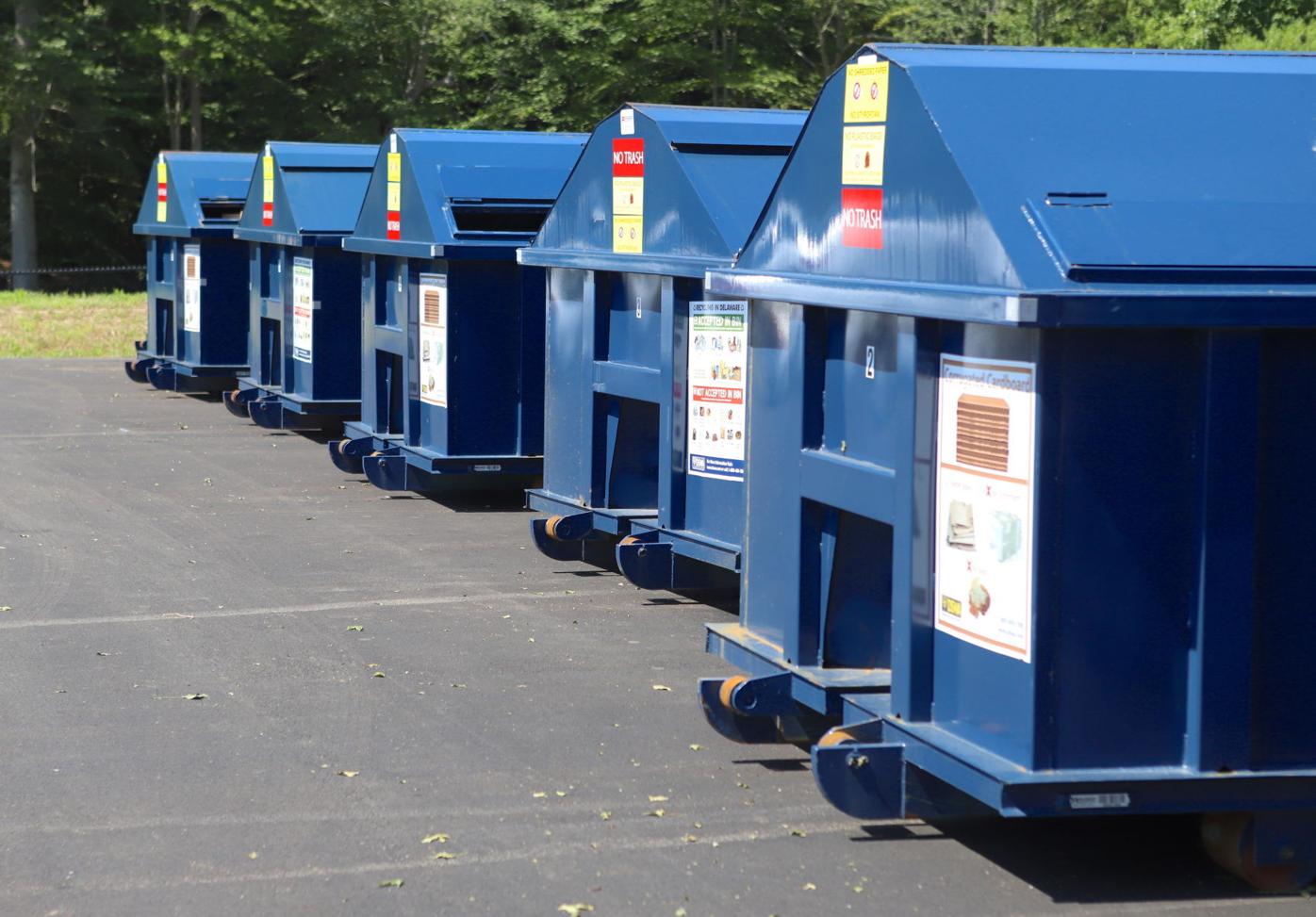 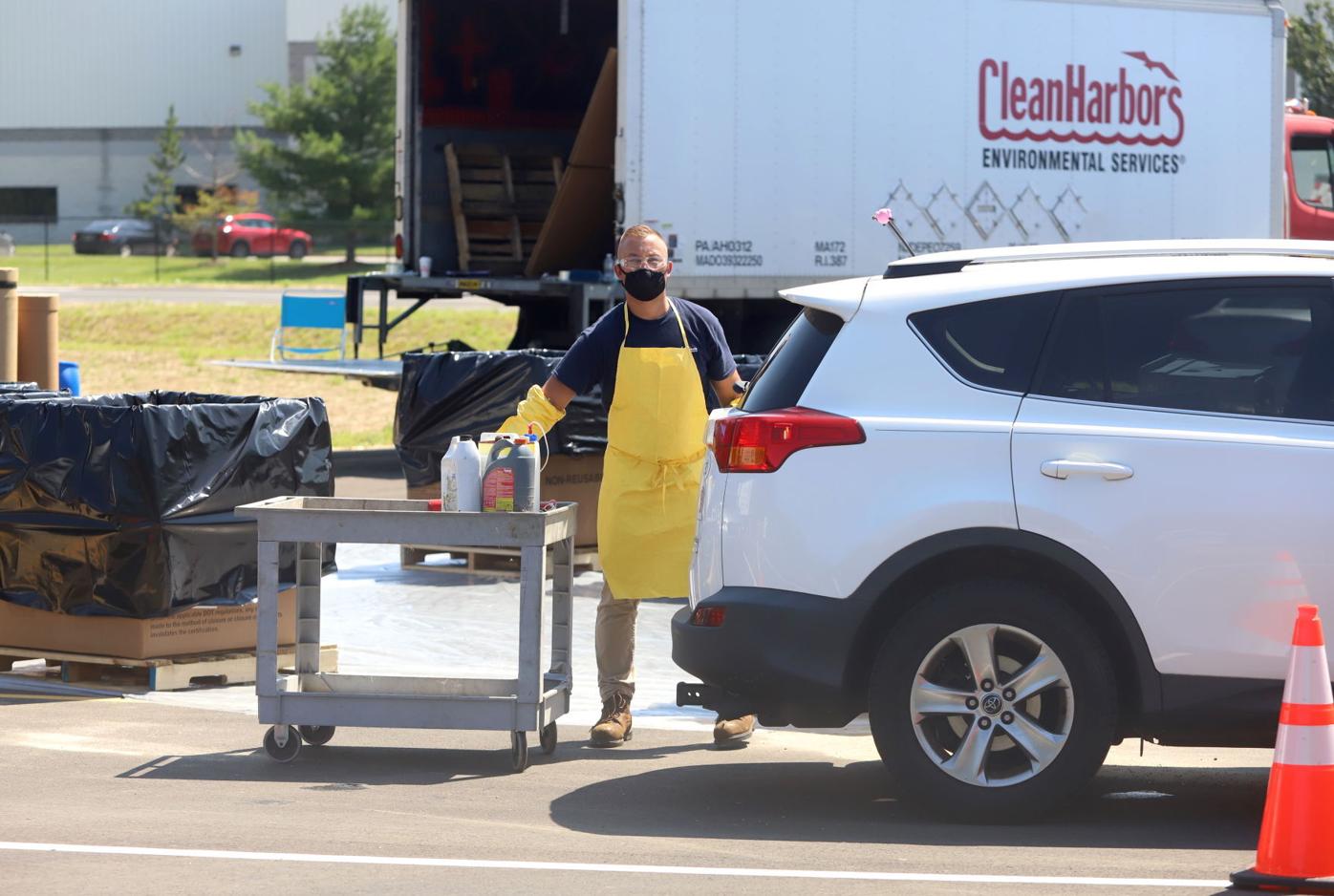 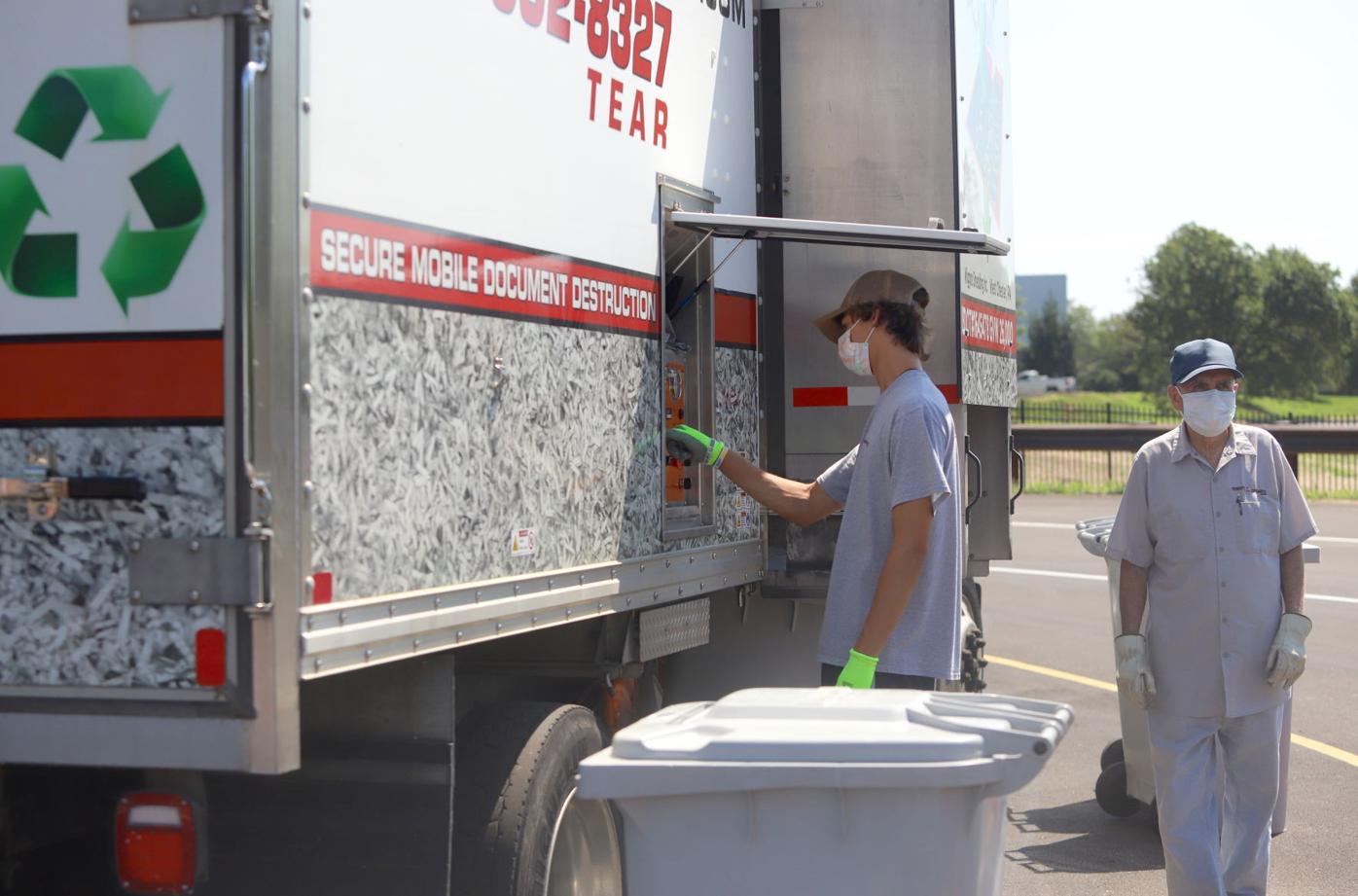 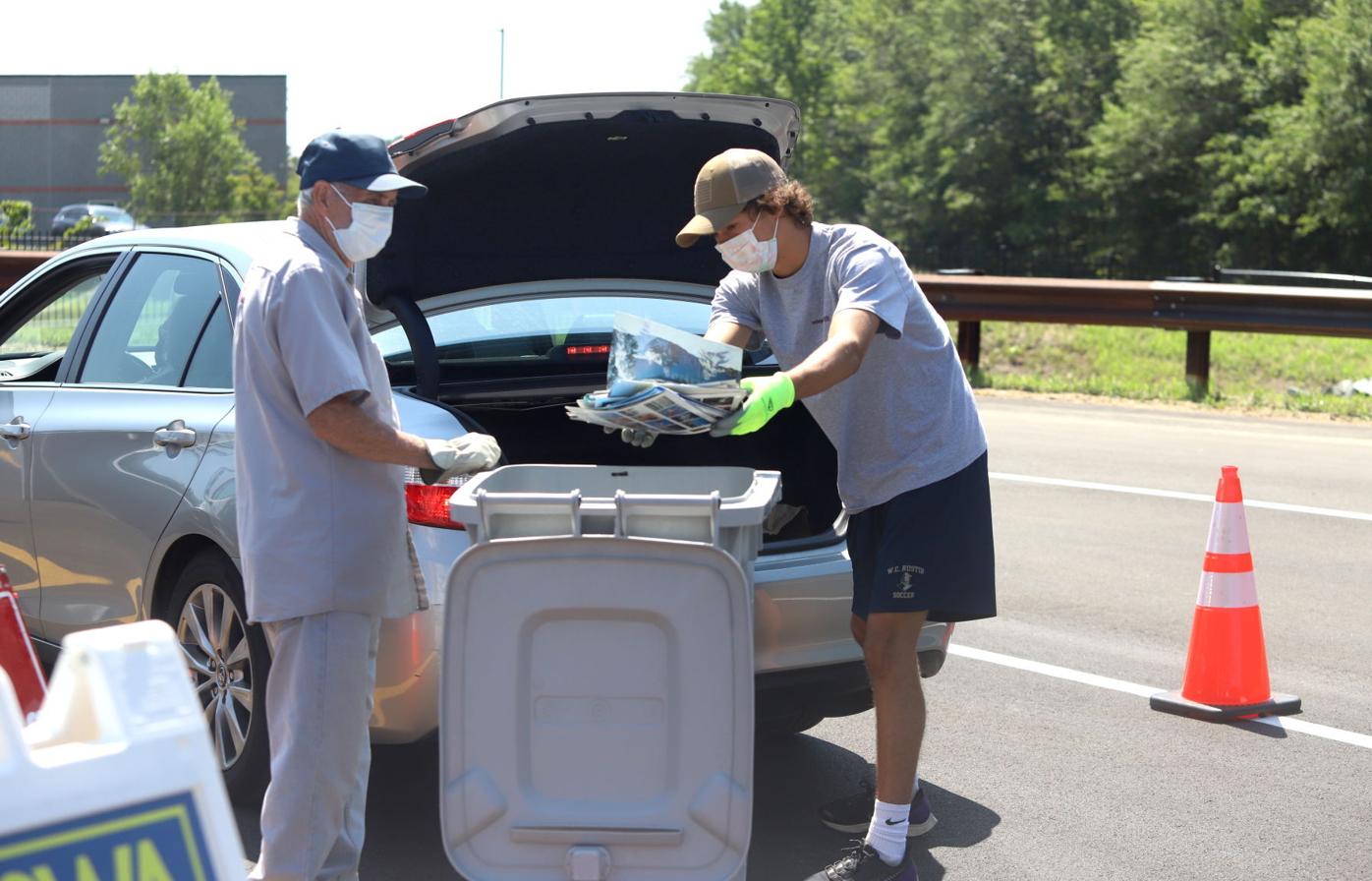 A woman drops off single-stream recycling at the Newark Recycling Center, located in Pencader Corporate Center.

A woman drops off Styrofoam at the Newark Recycling Center.

It’s only been open for a month, but the Newark Recycling Center is already proving popular.

Last Wednesday, a steady stream of cars lined up at the facility in Pencader Corporate Center. Some people were there to drop off single-stream recycling or specialty items like Styrofoam and old electronics. Others were there to safely discard household hazardous waste or drop off paper to be shredded on-site.

All told, the center draws 150 to 200 people each day, according to Mike Parkowski, a spokesman for the Delaware Solid Waste Authority. On days when household hazardous waste is collected and paper shredding is offered, upward of 400 people come.

“We think it will serve the community well,” Parkowski said.

The center opened July 9 and is part of DSWA’s effort to transition away from small, unmanned collection sites to more regional, manned sites.

For years, the face of recycling in Delaware were the dozens of recycling “igloos” stationed in the parking lots of schools and other facilities around the state. However, demand dropped due to the popularity of curbside recycling. The collection sites that remained were frequently abused by people who dumped all sorts of non-recyclable trash there.

The new recycling centers are supervised by DSWA employees who can provide assistance to visitors as well as deter illegal dumping. There is one in each county, but DSWA wanted to open a second one in New Castle County that is more convenient for Newarkers than the one on Lambson Lane near New Castle, Parkowski said.

After years of searching for the right location, the agency settled on the site in Pencader Corporate Center, off Del. 896 south of Newark.

All the collected material is recycled here in the United States, Parkowski said. The single-stream recycling is taken to DSWA’s facility in New Castle, where it is separated, and the metals and plastics are sold. The other material, like paper, is still recycled but DSWA has to pay companies to take it due to a lack of demand.

The Styrofoam is made into cups by a company in York, Pa., and the batteries are melted down and the metal is reused. The oil is re-refined, and the oil filers are recycled for metal. The electronics are stripped for parts and then shredded.

Every Wednesday, a DSWA contractor arrives at the site to collect household hazardous waste, such as bleach, chemistry kits, nail polish, polish removers, perfumes, disinfectants, drain cleaners, floor wax, mercury thermometers, moth balls, oven cleaner, spot remover, toilet cleaner and fluorescent light bulbs. Visitors drive into the site, and employees retrieve the waste from their vehicles and separate it based on ingredients. It is eventually hauled away and disposed of safely.

The on-site paper shredding is offered on the first Wednesday of every month.

The Newark Recycling Center is located at 498 Corporate Blvd and is open from 8:30 a.m. to 3:30 p.m. Monday through Saturday. Drop-off is free but limited to Delaware residents.

Could they not find a location further away from the city residents? Why not on the STAR Campus? But that would require the university to actually help the city.