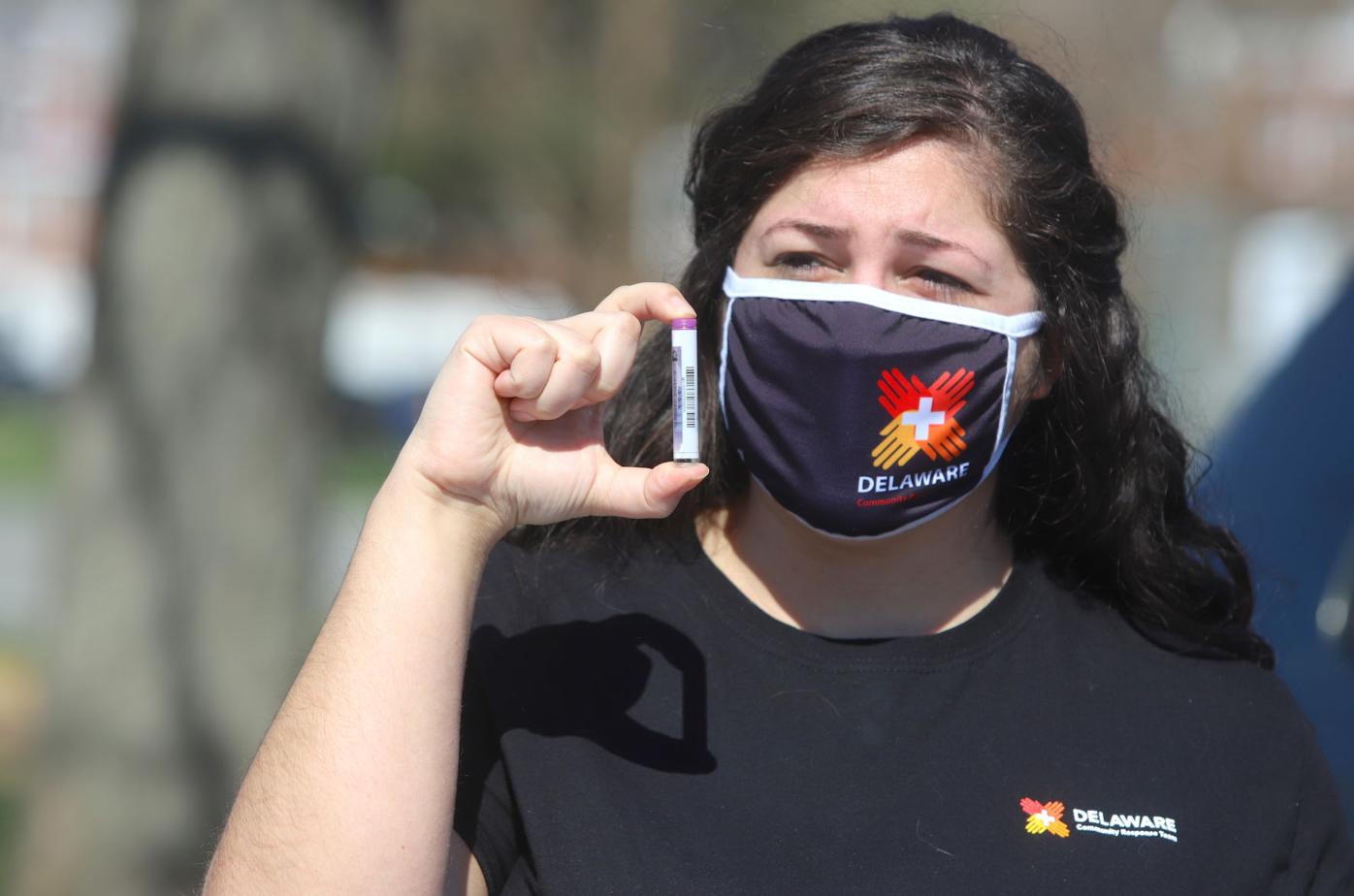 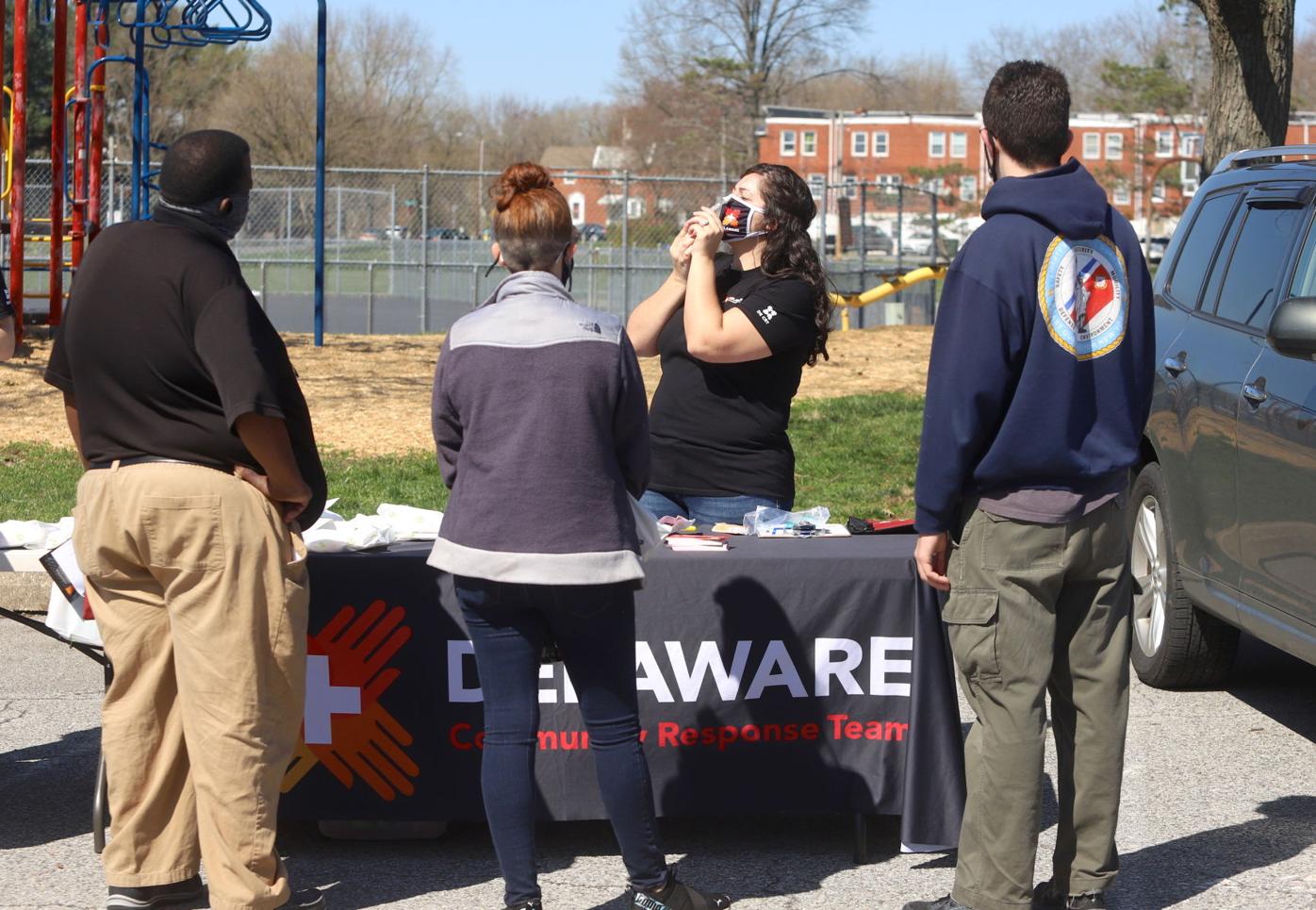 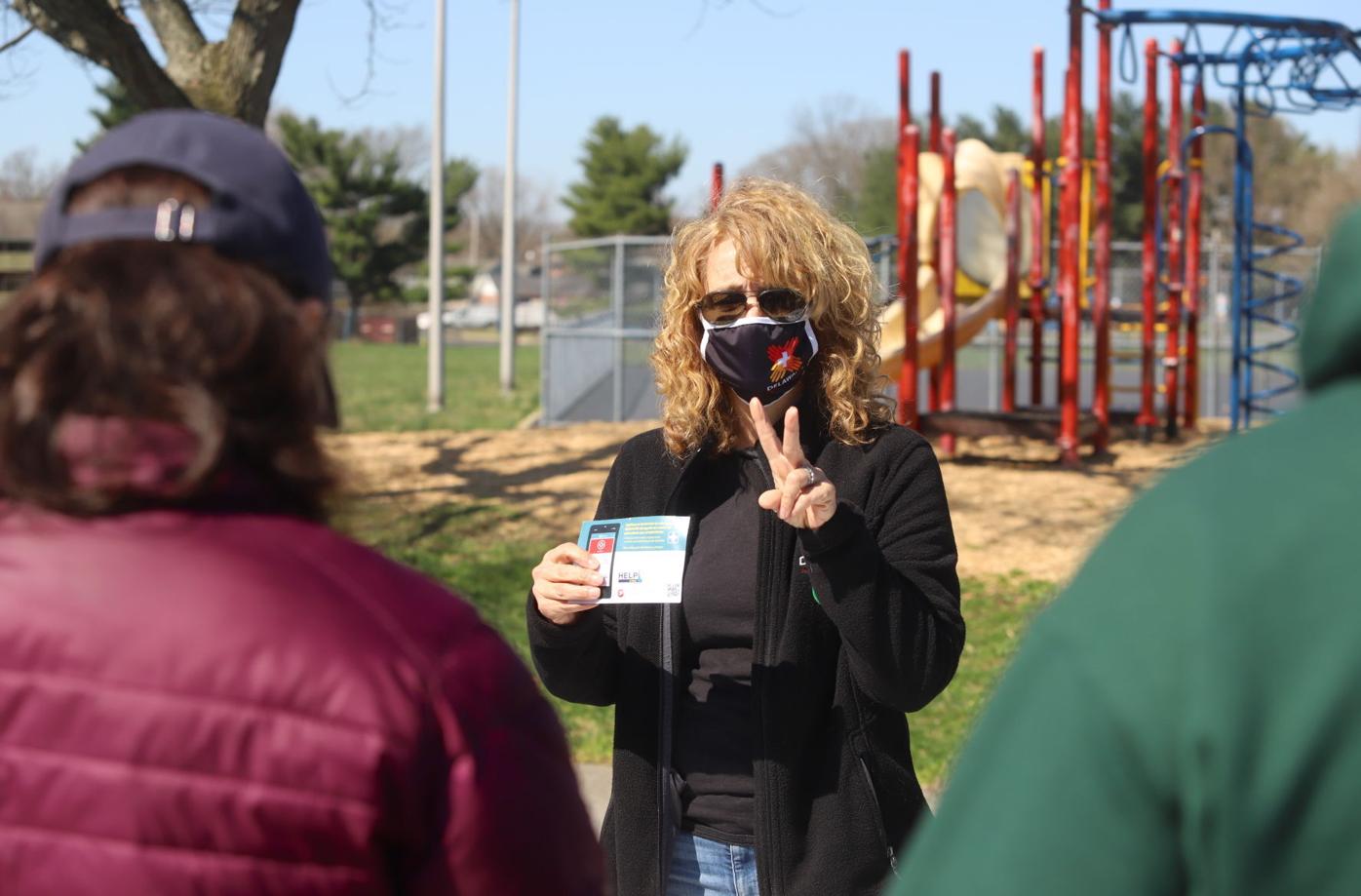 Amy Kevis, a volunteer for the New Castle County Community Response Team, talks about a phone app that helps people who are administering naloxone. 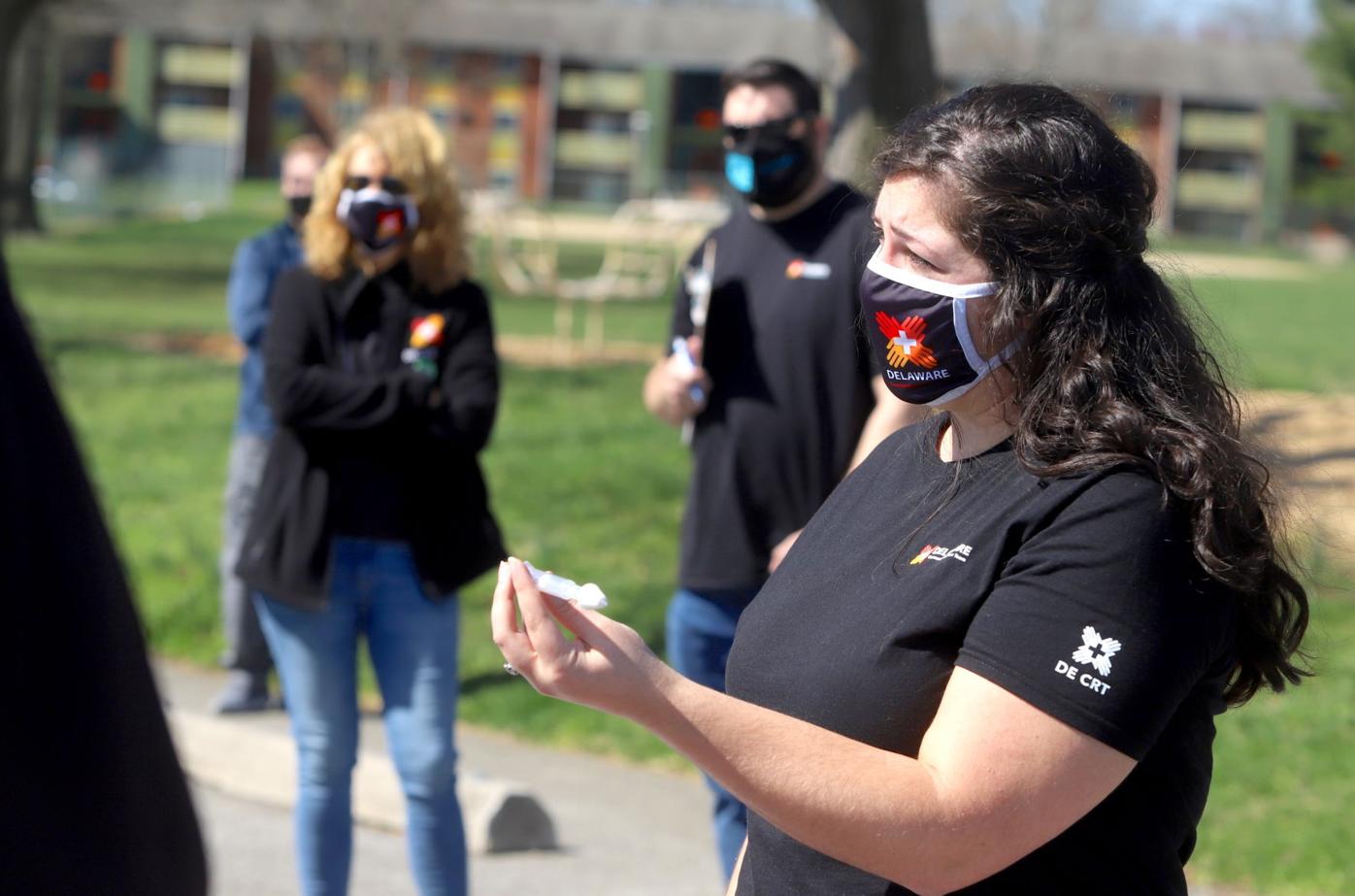 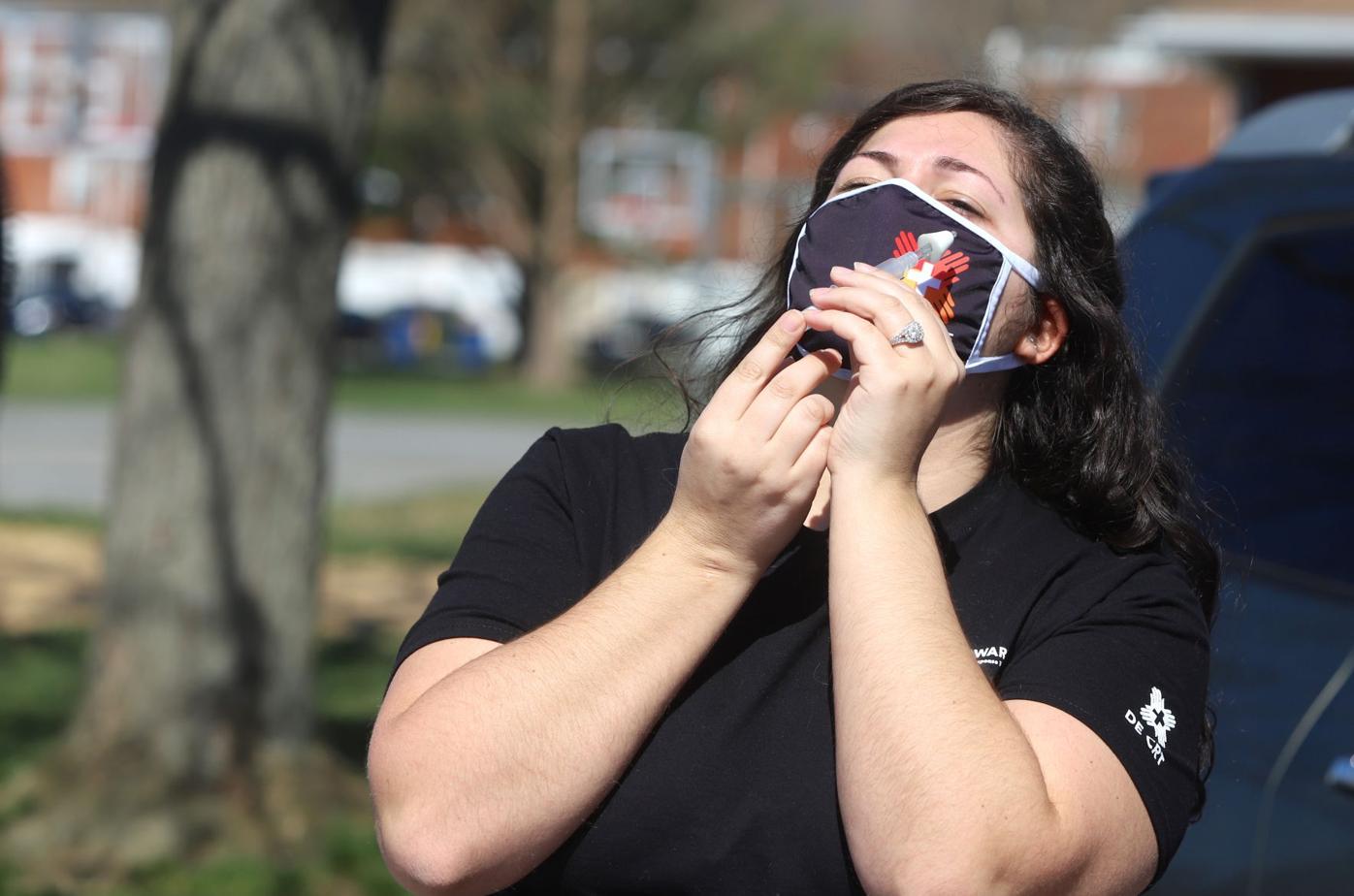 Amy Kevis, a volunteer for the New Castle County Community Response Team, talks about a phone app that helps people who are administering naloxone.

When someone is suffering from an opioid overdose, minutes and seconds count.

“If somebody is not breathing, they’re not getting oxygen to their brain,” explained Amy Kevis, a volunteer with the New Castle County Community Response Team. “During those first two or three minutes, getting that Naloxone into their system can save their life.”

Naloxone, often referred to by the brand name Narcan, reverses the effects of an overdose and buys the patient time to get to the hospital for further treatment.

Kevis, a retired New Castle County Police officer, was one of several volunteers who ran an overdose prevention training session at Newark’s Dickey Park last week. Members of the community received training on how to administer naloxone and were provided with a naloxone kit. The event was organized by the Newark Police Department and the New Castle County Community Response Team, which holds similar events around the county.

Paramedics have long used naloxone to treat overdoses, and police departments began carrying it a few years ago. However, getting the drug in the hands of community members, especially people who have family members or friends who use opioids, is key, said Lt. Andrew Rubin, a spokesman for the Newark Police Department.

“Police and EMS can get there quickly to a 911 call, but if someone has a family member or a friend who’s addicted to an opioid and they have a kit themselves right in their house, they can give them that nasal spray very quickly and be able to help reverse the effects of the opioid,” Rubin said.

Rubin said he and other officers have seen firsthand the benefits of naloxone.

“It’s a life-saving drug, and we’ve reversed overdoses for countless numbers of people,” he said. “We’ll never know whether that person would have actually died or not, but certainly the fact that we’re able to give that drug and reverse that overdose has greatly helped the community.”

Naloxone has no negative effects if used on someone who doesn’t actually need it, and it is administered through the patient’s nose. The state recently rolled out a smartphone app called OpiRescue Delaware, which walks people through the process step-by-step.

“Almost every event that we have, somebody says, ‘I rolled up on somebody who has overdosed and I had my Naloxone,’ or ‘I watched somebody administer Naloxone’” Kevis said. “So getting it out into the community is definitely making a difference.”

To learn more about administering or obtaining naloxone, visit www.helpisherede.com.