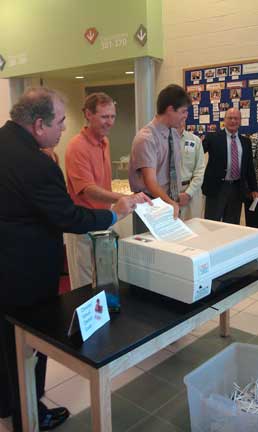 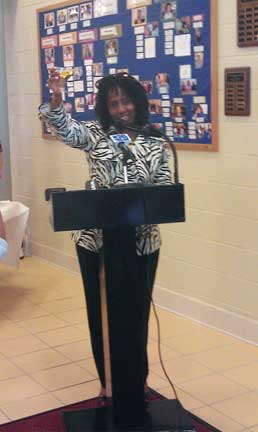 The Christina School District held a ceremony to mark the final loan payment to the state of Delaware as part of their reparations to pay back the State of Delaware. The celebration took place on Tuesday, June 21, at the Porter Road Elementary School, Bear.

In a statement from the Christina School District, “In May 2006, the Christina School District received significant financial support from Senate Bill 307 with House Amendment 3 in the form of a state loan to be paid back by the District within five years. The District is pleased to announce that it has made its final loan payment this fiscal year, and has fulfilled its financial obligations.”

Christina School District Superintendent Dr. Marcia Lyles opened the festivities by acknowledging all of the hard work put in by the members of the school board, district employees, and others who assisted in the payback program.

In his address to the audience, Former Christina Financial Review Committee Chair Frank McIntosh talked about former District Superintendent Joseph Wise and the role he played in creating the financial deficit that was the cause for the loan.

“Everything Joey Wise did was not wrong,” said MacIntosh. “He was spending money he didn’t have. He was spending it on the kids and getting results.”

MacIntosh continued by stating that the repayment process started with Financial Review Committee’s recognition of the School Board’s dedication to fix the district’s financial woes, “We saw that the Board did not want this to happen again.”

MacIntosh finished by commenting on Christina School District’s financial status, after repaying the loan, “We don’t have enough money to spend on every child to get them to the top. [But paying off the loan] will bring us back to the ‘good old days’.”

The festivities ended with a ceremonial shredding of the loan agreement and Lyles leading the group in a sparkling cider toast, congratulating the accomplishment of the District.