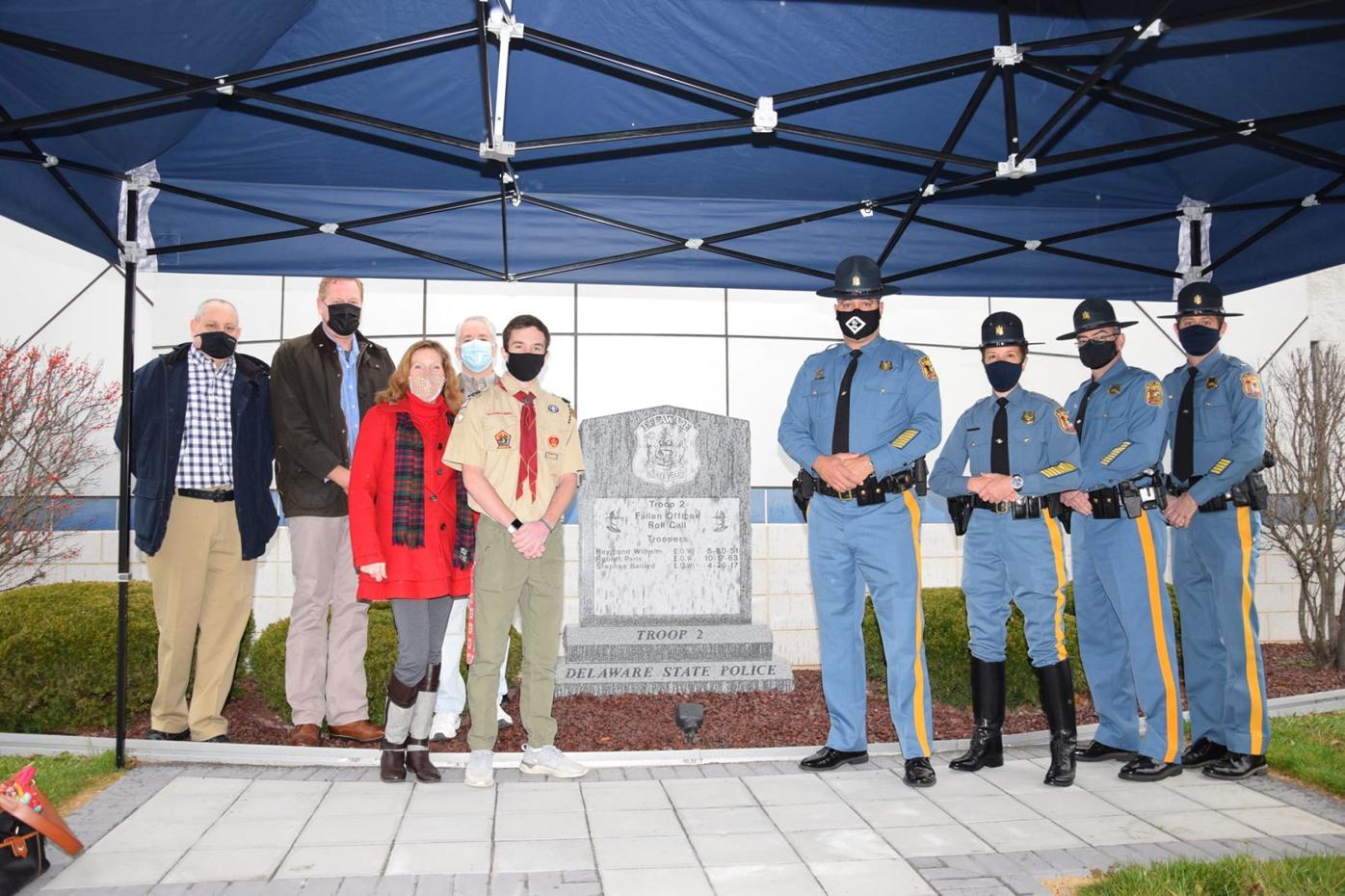 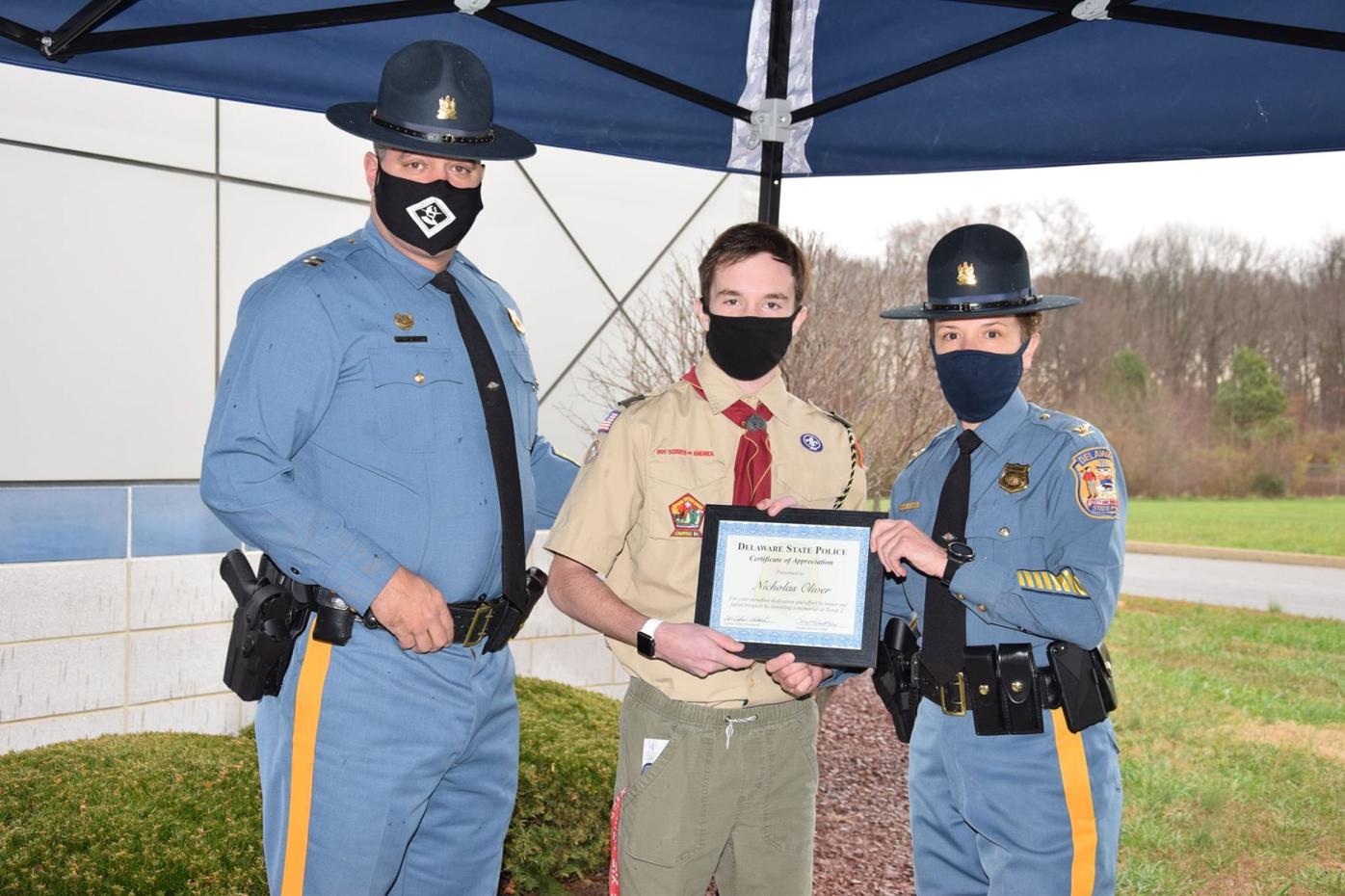 A Caravel Academy student used his Eagle Scout project to help make sure that fallen state troopers are properly recognized for their sacrifice.

“During the planning stages, reality came quickly and Nicholas learned how expensive a project like this would be. He worked with local businesses and set up fundraisers. He shared his vision with community leaders and soon found donations coming his way,” a DSP spokesperson explained.

The memorial was unveiled last month.

When the project came in under budget, Oliver donated leftover funds to the Delaware State Troopers Association Benevolent Fund, and Wawa kicked in an additional $1,500.

The memorial specifically honors the three troopers from Troop 2 who have died in the line of duty:

Raymond B. Wilhelm, a World War II veteran who had been a trooper for four years, died on Memorial Day in 1951 after crashing his car on U.S. 40 while swerving to avoid hitting a dog in the roadway.

Robert A. Paris, whose childhood dream was becoming a state trooper, was shot and killed in 1963 while investigating a string of television thefts at motels on DuPont Highway. He had been a trooper for four years.

Stephen J. Ballard, an eight-year veteran of the force, was shot and killed in 2017 while investigating a suspicious vehicle at a Wawa in Bear.