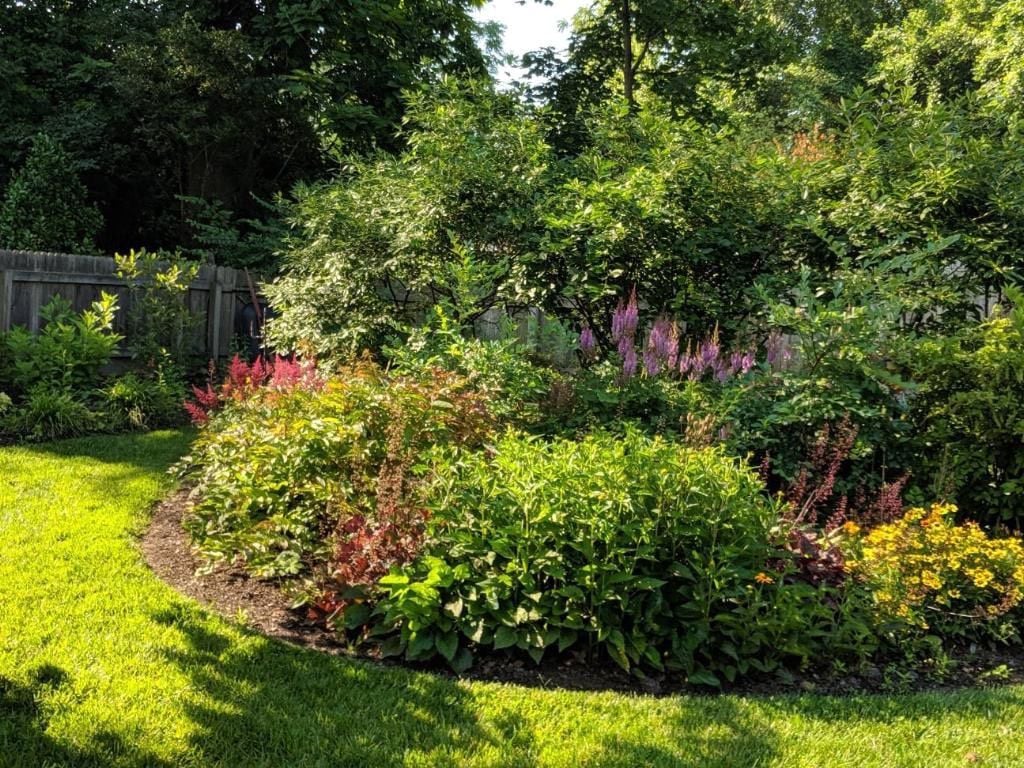 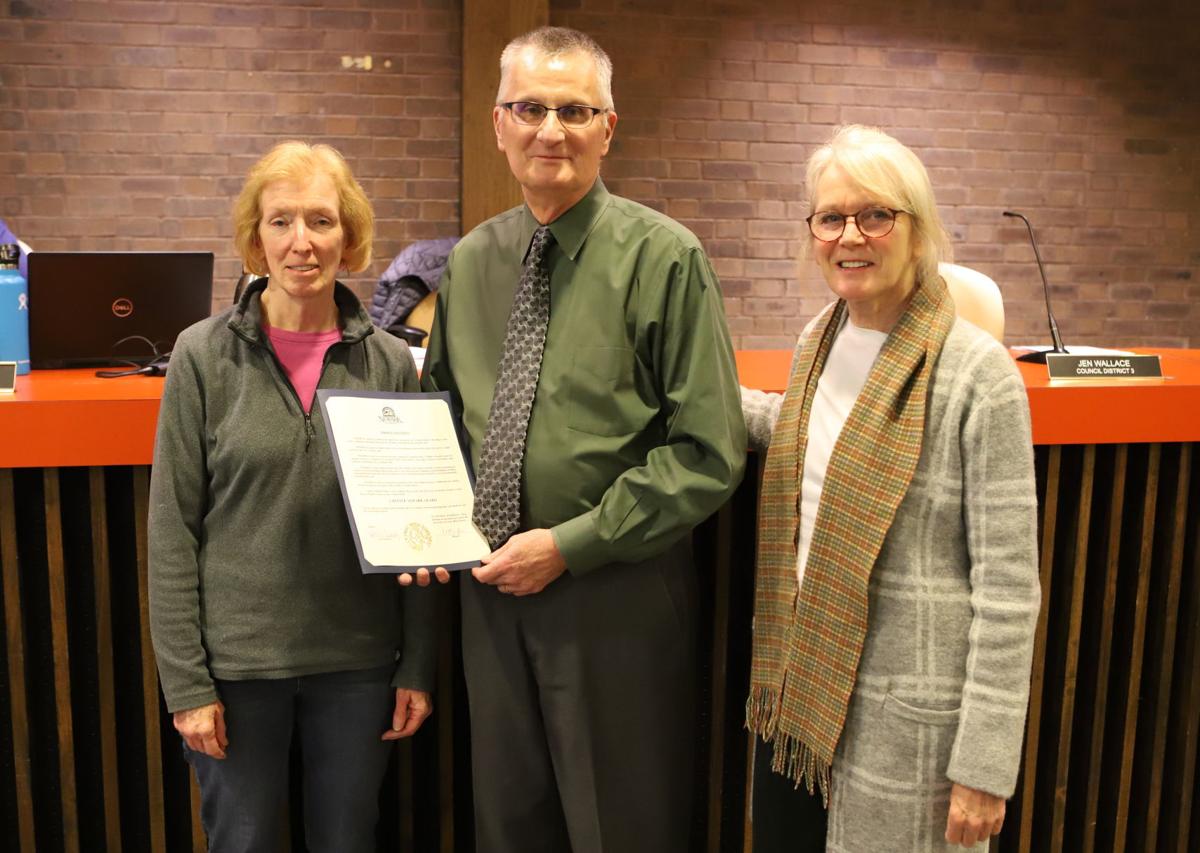 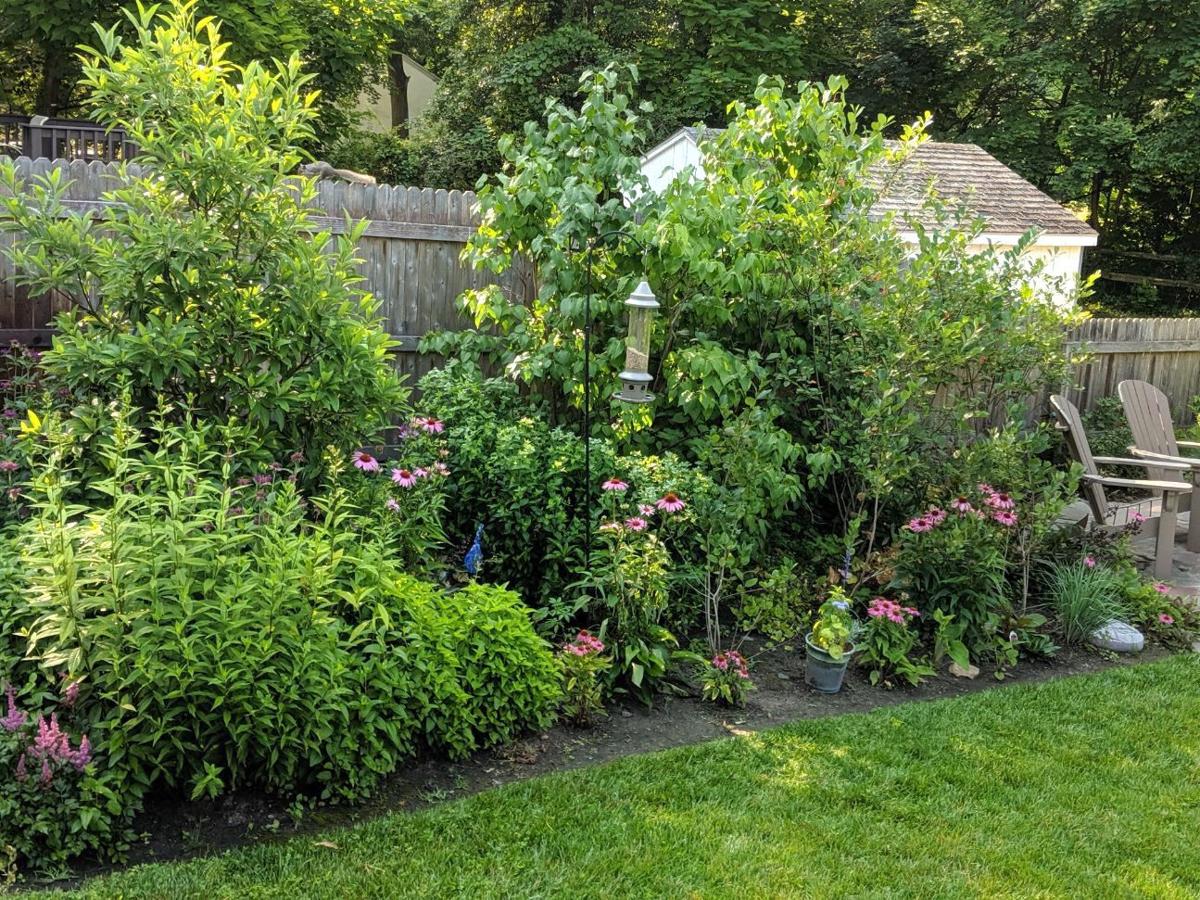 A Kells Avenue resident who has embarked on several projects to make her home more environmentally friendly is the latest recipient of the Better Newark Award.

Created in 1986, the Better Newark Award is administered by the Conservation Advisory Commission and goes to individuals and businesses who have made improvements to the appearance of their properties, as well as those who have improved Newark’s overall sustainability through energy, soil or water conservation.

Carol Post’s yard includes an extensive backyard habitat, a professionally engineered rain garden, many native plants and a backyard pond that houses fish and frogs. Her driveway is made of permeable panels to reduce runoff.

Post and her husband, Steve Dentel, always had a large vegetable garden and a variety of perennial plantings. After Dentel died five years ago, Post decided to create a small garden in his memory. The garden includes a redbud tree, a variety of viburnum and chokeberry shrubs, a stone patio and a mosaic created by local artist Debbie Hegedus and friends, according to Sheila Smith, a member of the CAC.

“From there, over the past four summers, she added a continuously blooming array of mostly native plantings that provide nectar to pollinators and seeds and habitat for birds,” Smith said. “The display wowed visitors during last year’s Newark Arts Alliance garden tour.”

Overall, the property is “an attractive, yet environmentally friendly home,” according to the CAC.

Post was presented with the award at Monday night’s city council meeting. She publicly acknowledged her late husband’s contributions.