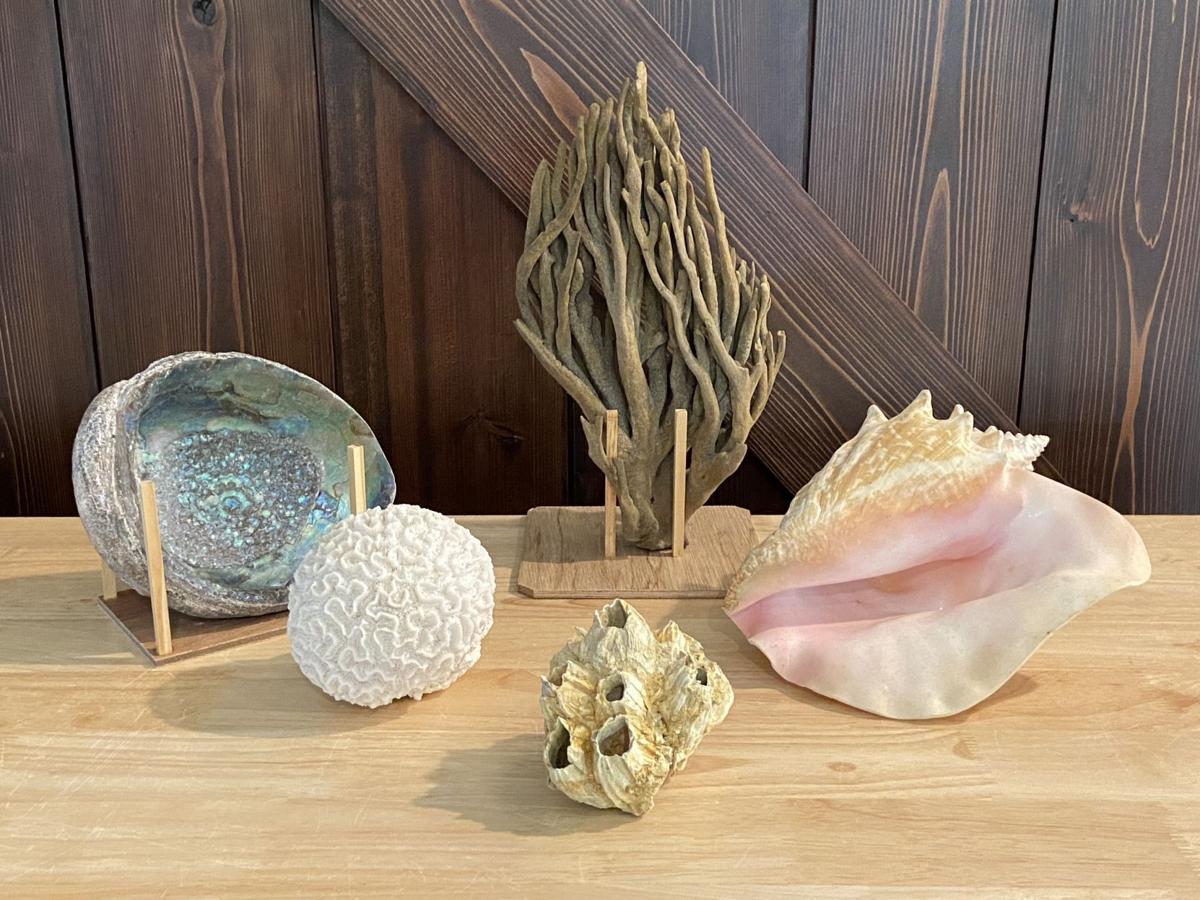 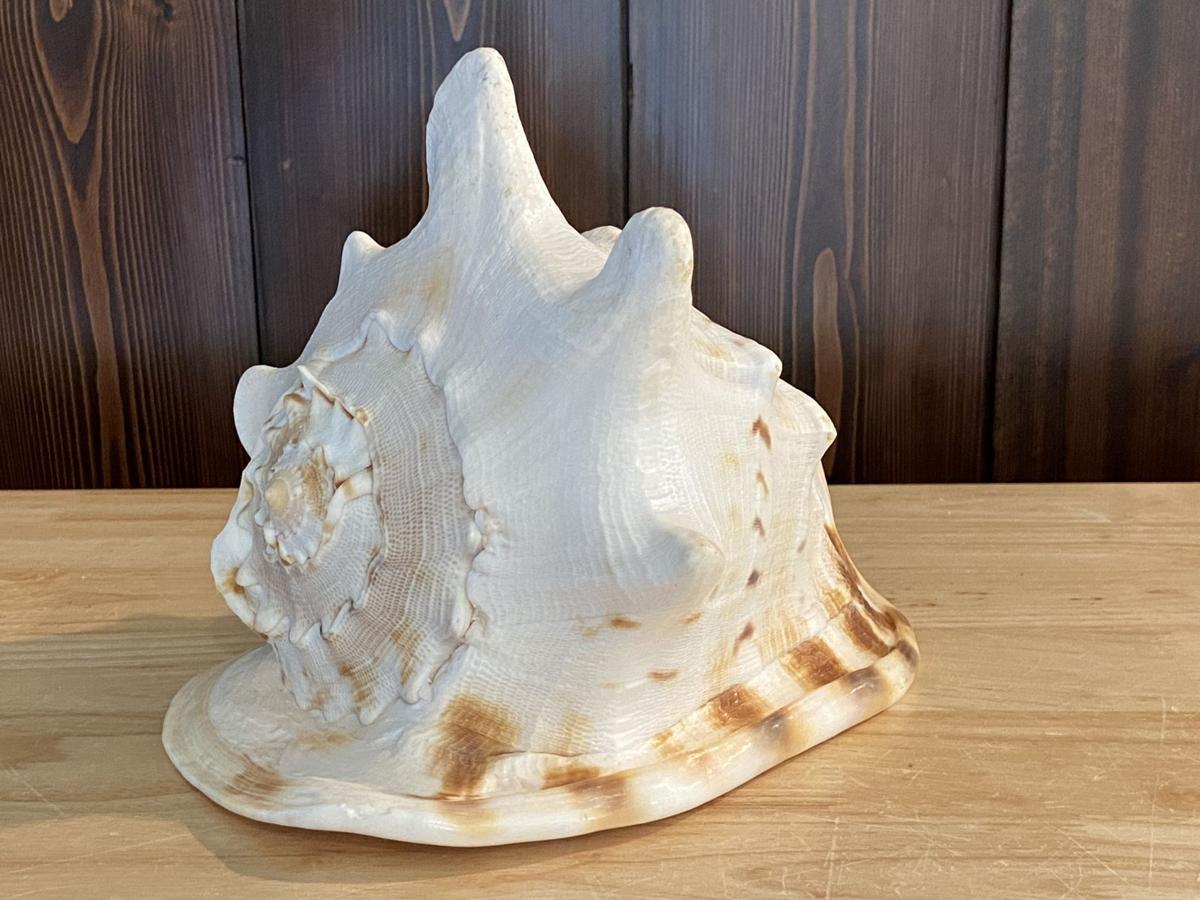 Horned Helmet (Cassis conuta) is found in the Indo-Pacific region.

Horned Helmet (Cassis conuta) is found in the Indo-Pacific region.

More than 500 sea shells, coral, fossils, and other marine artifacts are on display at Iron Hill Science Center now through September.

“Under The Sea” is a collection of sea shells from all around the world, ranging from the large 10-inch Horned Helmet (Cassis conuta) from the Indo-Pacific region to the quarter-inch long Florida cone (Cornus floridana) fond of the southeast coast of the United States. The most unusual shell is the Basketstar “Shetland Argus (Gorgon ocephalidae) found in the deepest sea habitats throughout the world.

On display are many shells and fossils found in Delaware shores, including Belemnite, the state fossil of Delaware.

Belemnitella americana is a cephalopod related to the squids, octopods, and cuttlefish that live in the ocean today. Belemnite went extinct about the same time as dinosaur but their fossil remains can still be found along the C&D canal. Because cephalopods are marine animals, it shows the Delmarva Peninsula was once under water and part of the ocean.

In addition to sea shells and coral samples, there are shark jaws, taxidermy saltwater fish, and a four foot wide scapula (shoulder bone) of a sperm whale. A large mural, painted by Tori Paruszewski, illustrates several marine creatures as they might have appeared millions of years ago.

Center Director Maureen Zieber and her staff have been identifying and cataloging the hundreds of shells for months. They have been donated to the center over the years from private collections but have never been on public display until now.

“I’ve learned a lot during this research,” Zieber said. “It really opens your mind to the incredible variety of shell structures, not just clam and conch shells common along the beach.”

The display will attract everyone from the serious collector to the average beachcomber, young and old alike. Children will be fascinated by the varieties of starfish and sand dollars as they participate in a scavenger hunt. There is also a craft project for children to make and take.

Under The Sea will be on display from now through September. The Iron Hill Science Center is open Tuesday through Friday from 10 a.m. to 5 p.m. and Saturdays from noon to 4 p.m. Admission is $2 per person. Members of Delaware Academy of Science are free. The center is located at 1115 Robert Melson Lane, off Old Baltimore Pike.

A virtual workshop on the anatomy of shells, their shapes, structure, and identification will be held via Zoom on Saturday, Aug. 22, from 10 to 11 a.m. Attendance is free, but those interested must call to register. The link will be sent via email the day before the presentation.