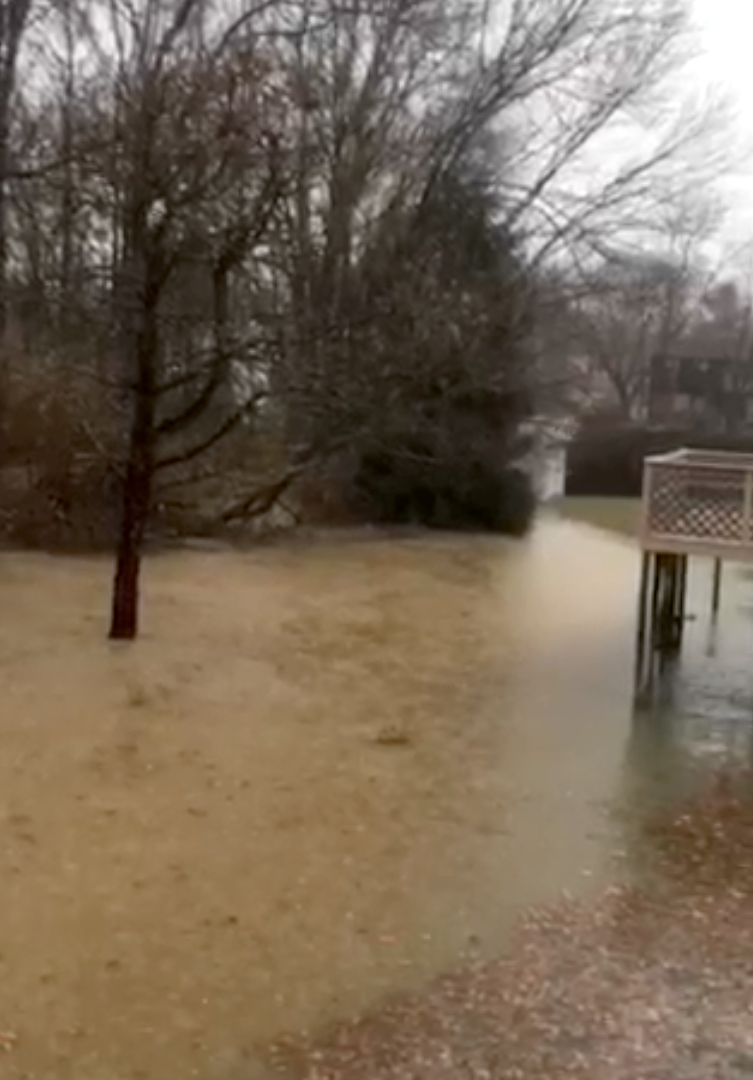 Barskdale Estates resident Michael Junkins captured this image of flooding in his neighborhood on Saturday. 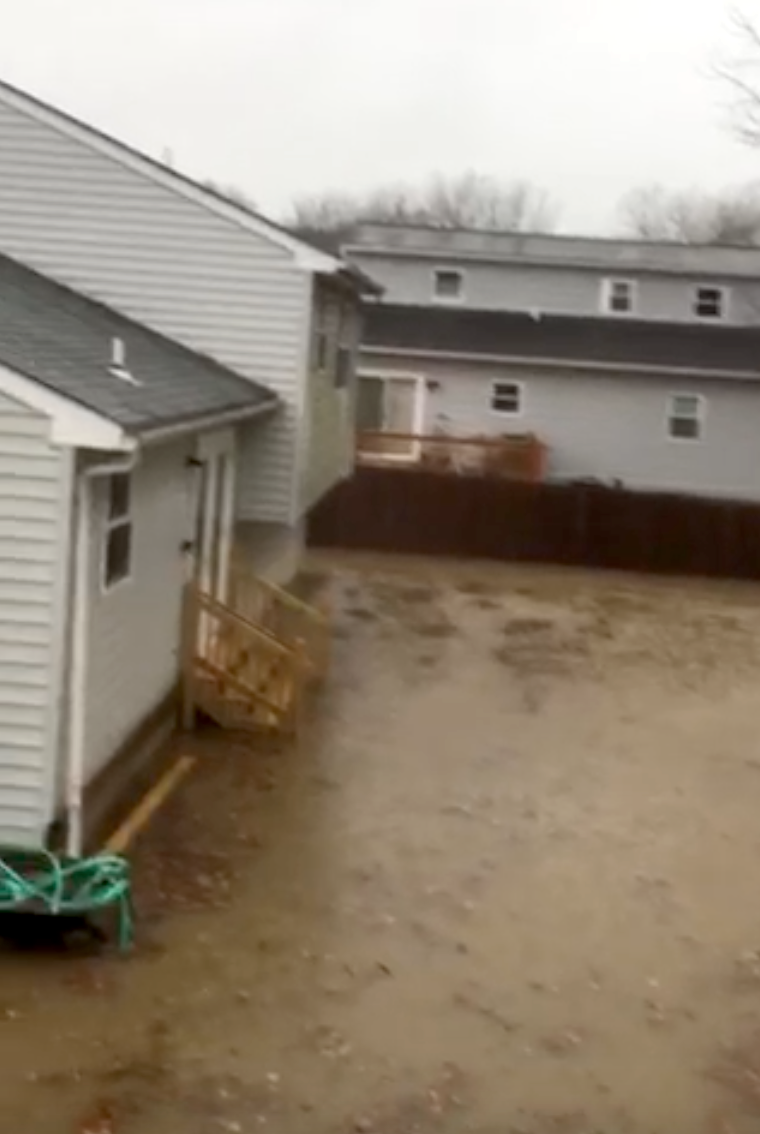 Barskdale Estates resident Michael Junkins captured these images of flooding in his neighborhood on Saturday.

Barskdale Estates resident Michael Junkins captured this image of flooding in his neighborhood on Saturday.

Barskdale Estates resident Michael Junkins captured these images of flooding in his neighborhood on Saturday.

The storm that dropped 2.5 inches of rain in Newark on Saturday caused a nightmare for several residents of Barksdale Estates as a clogged culvert sent water flowing into backyards and flooded basements.

“For 20 years, we’ve been flooding. I've come to city council, I had Rep. Baumbach out, we've brought the state in, what else can we do?” a frustrated Michael Junkins asked city council on Monday. “I'm asking for some help. It’s a matter of time before our properties are destroyed."

Junkins, who lives on Julie Lane, said the water was three feet deep in his backyard. While his basement was spared, he knows of at least four neighbors on Julie Lane and Sue Lane who had to spend hours on Saturday pumping water out of theirs.

“I just ask for somebody to help us out,” he said. “It's getting pretty bad. It’s been 18 years, and no one has helped.”

Mayor Jerry Clifton visited the neighborhood on Saturday after hearing about residents’ concerns.

“The water literally came above the banks and when it did, it went all through the backyards, to front yards, down to Sue Lane,” Clifton said. “I've been in a lot of places that have flooded in 20 years on council, and I'll tell you, I don’t know that I’ve seen anything quite this bad before.”

City Manager Tom Coleman explained that the flooding is caused by a small stream that starts in Handloff Park and runs under Barksdale and Casho Mill roads, through a forest and empties into a culvert behind Junkins’ house.

During heavy rains, the water picks up debris, causing the culvert to get clogged and the water to overflow, he said. Complicating the issue is a sewer pipe that intersects the culvert and traps debris.

“There are a number of issues that need to be addressed,” Coleman said, adding that the water sometimes floods Barksdale and Casho Mill roads, as well.

While he didn’t have an immediate solution, he said the public works department is looking into ways to create areas for water to collect in Handloff Park during heavy rainfall. This would reduce the amount of water running through the culvert and hopefully mitigate the possibility of flooding.

“We would want to analyze it, determine what size facility it would take, what we could put there, and that will guide our decisions on where we should be spending our money,” Coleman said.

City crews were out during the storm surveying the flooded areas and cleaning out culverts and storm drains. However, Clifton called for more preventative maintenance.

“I would hope going forward that we have a plan for a very frequent inspection, especially areas we know have a history of flooding, to keep those storm drains clear, to make sure the banks are maintained, etc.,” he said.

Flooding has been a topic of conversation in Newark for several years and prompted the creation of a monthly stormwater fee that is charged to property owners based on the amount of impervious surface on their land. Projects over the past few years have reduced flooding on Main Street and other areas.

The biggest project, the Rodney stormwater pond and park, will alleviate flooding around Oaklands and downstream in Old Newark and Devon. However, it won’t have an effect on Barksdale Estates, which is affected by unrelated issues, Coleman said.

The Rodney project will, however, improve areas like Forest Lane, Hillside Road and South Main Street – all of which also saw flooding on Saturday.

“It was nature’s way of telling us we made a good choice,” Councilman James Horning Jr. said, referring to the need for the Rodney project, which is slated to begin construction next month.

[angry] With the severely, mentally, handicapped, so-called, city engineers, in this town, this will NEVER GET FIXED. Keep paving every square inch of the city landscape and removing the "natural" absorption of storm water by grass and foliage, SURPRISE. Never will a little pond on Hillside Rd. EVER absorb or lessen the hundreds of thousand gallons of water from the area storm sewers. BETTER LIVE IN A HOUSEBOAT and get used to it. OR get out of this poor excuse of a "planned" town.