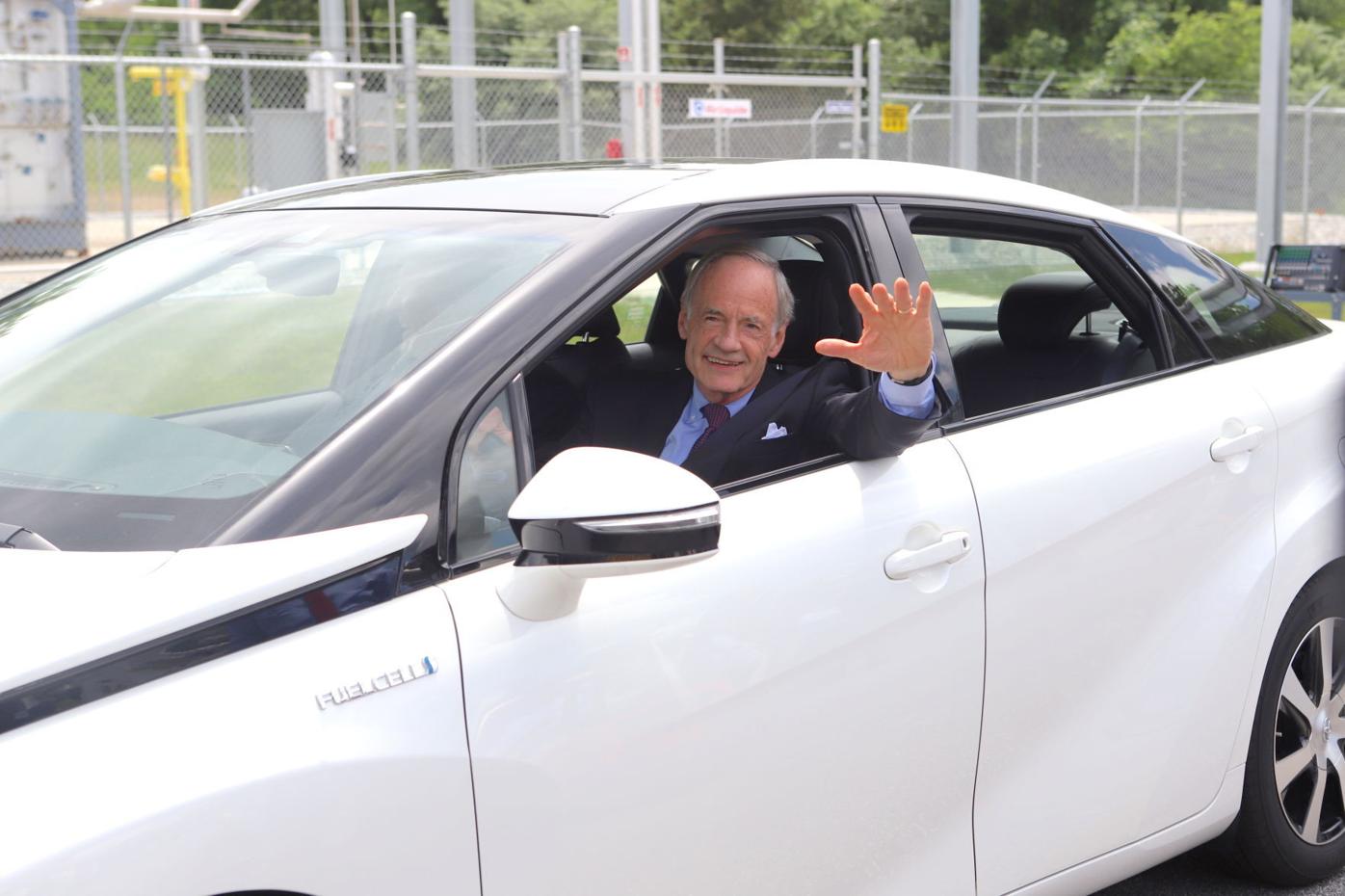 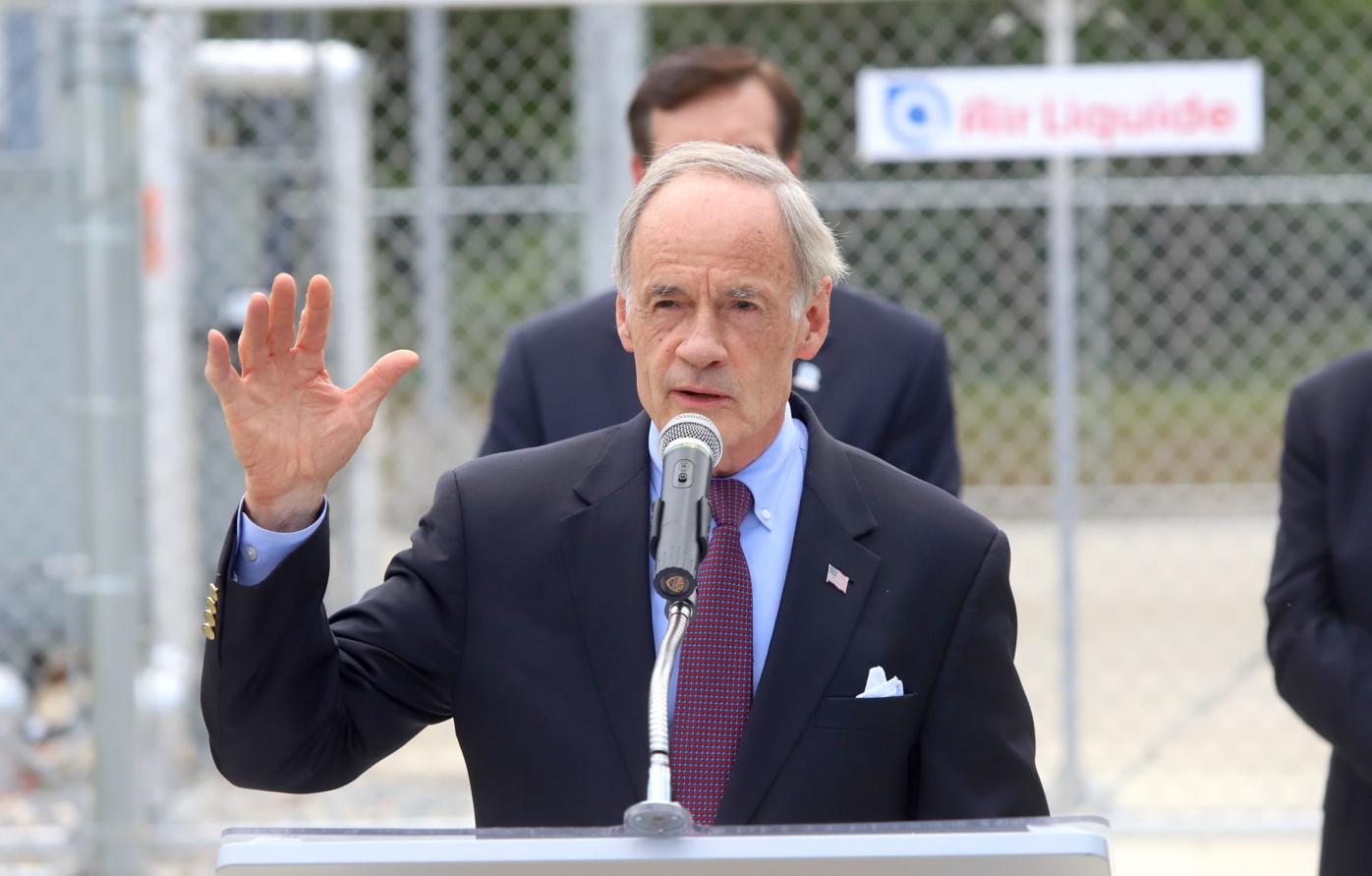 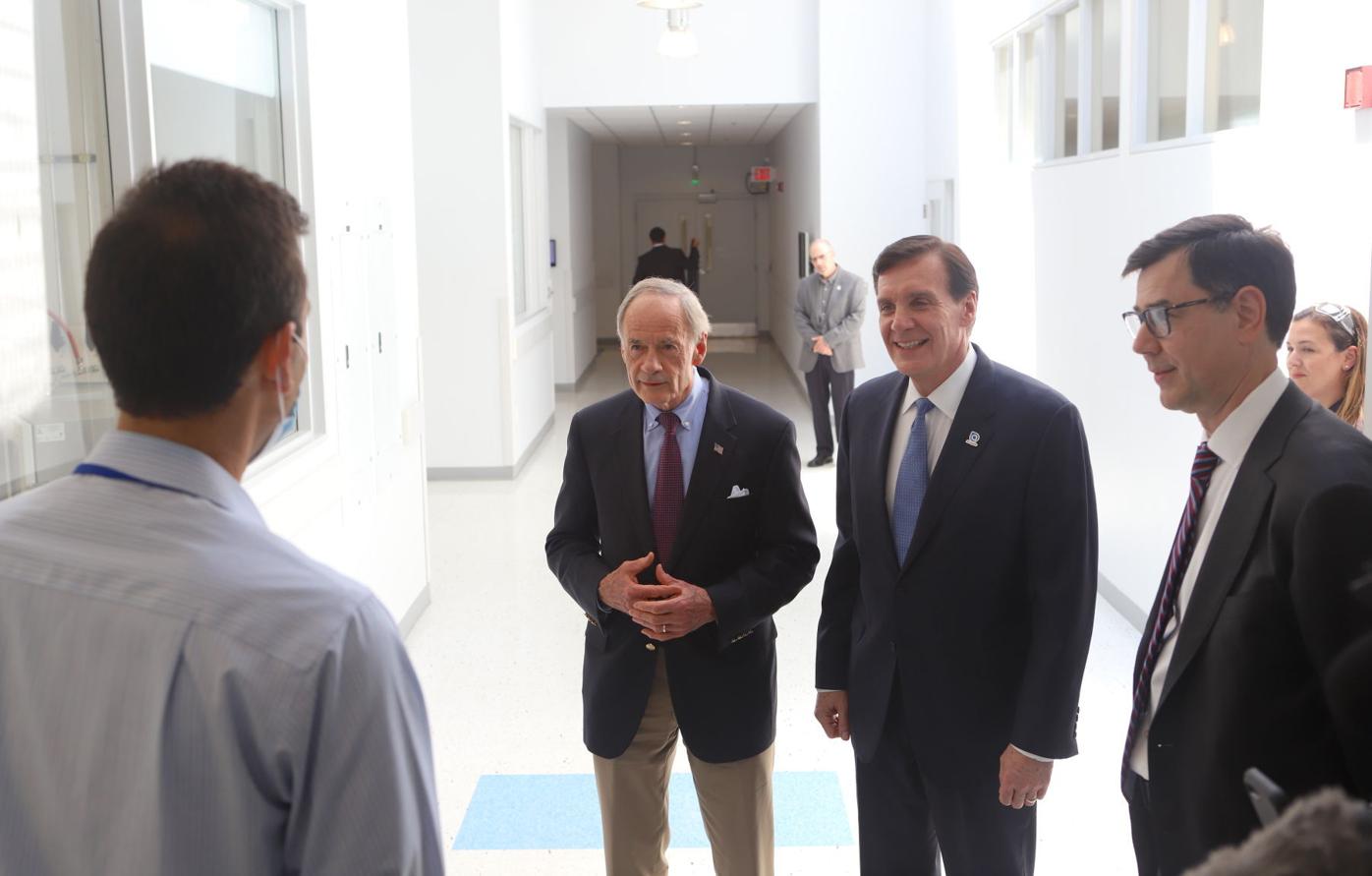 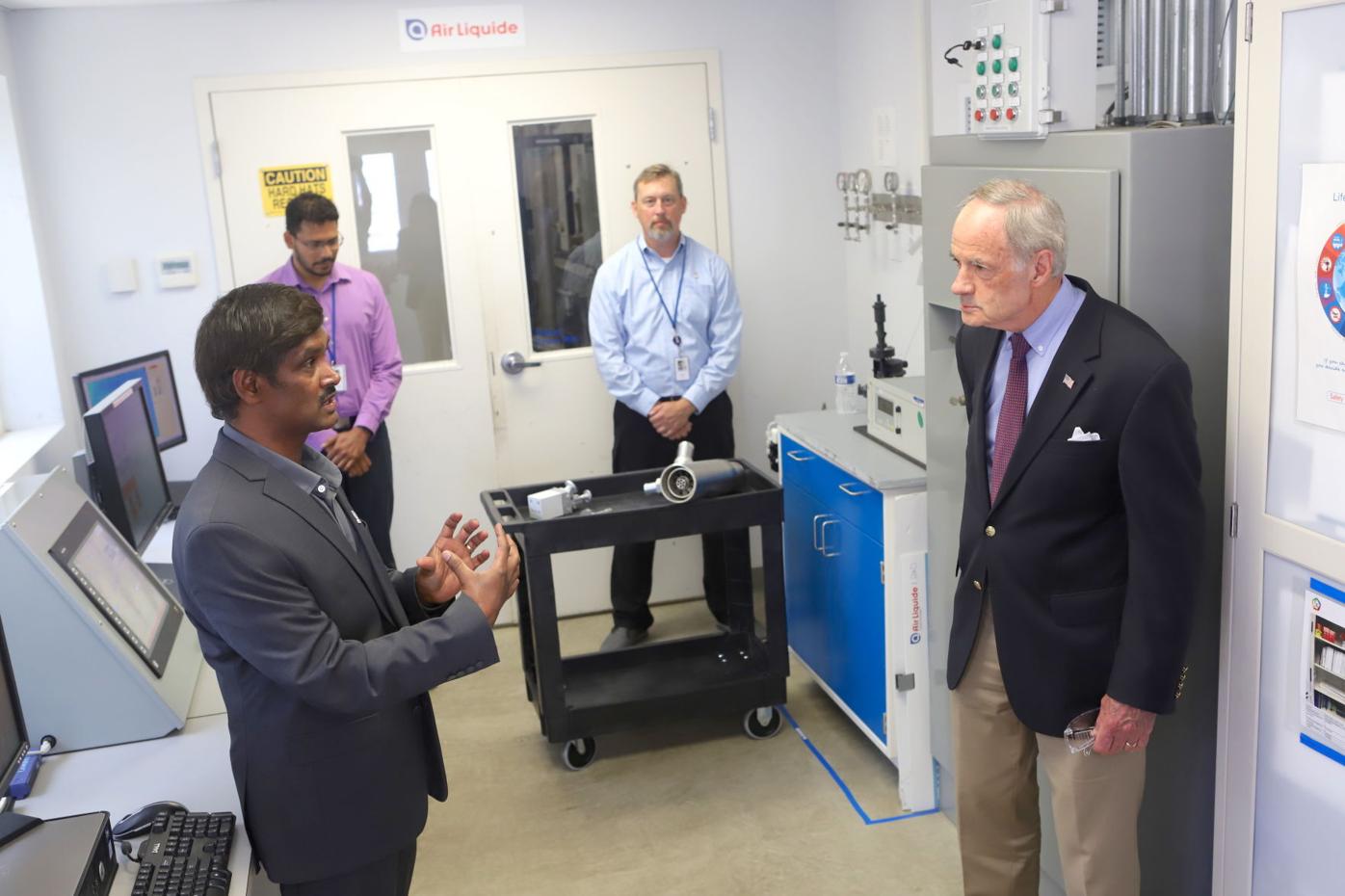 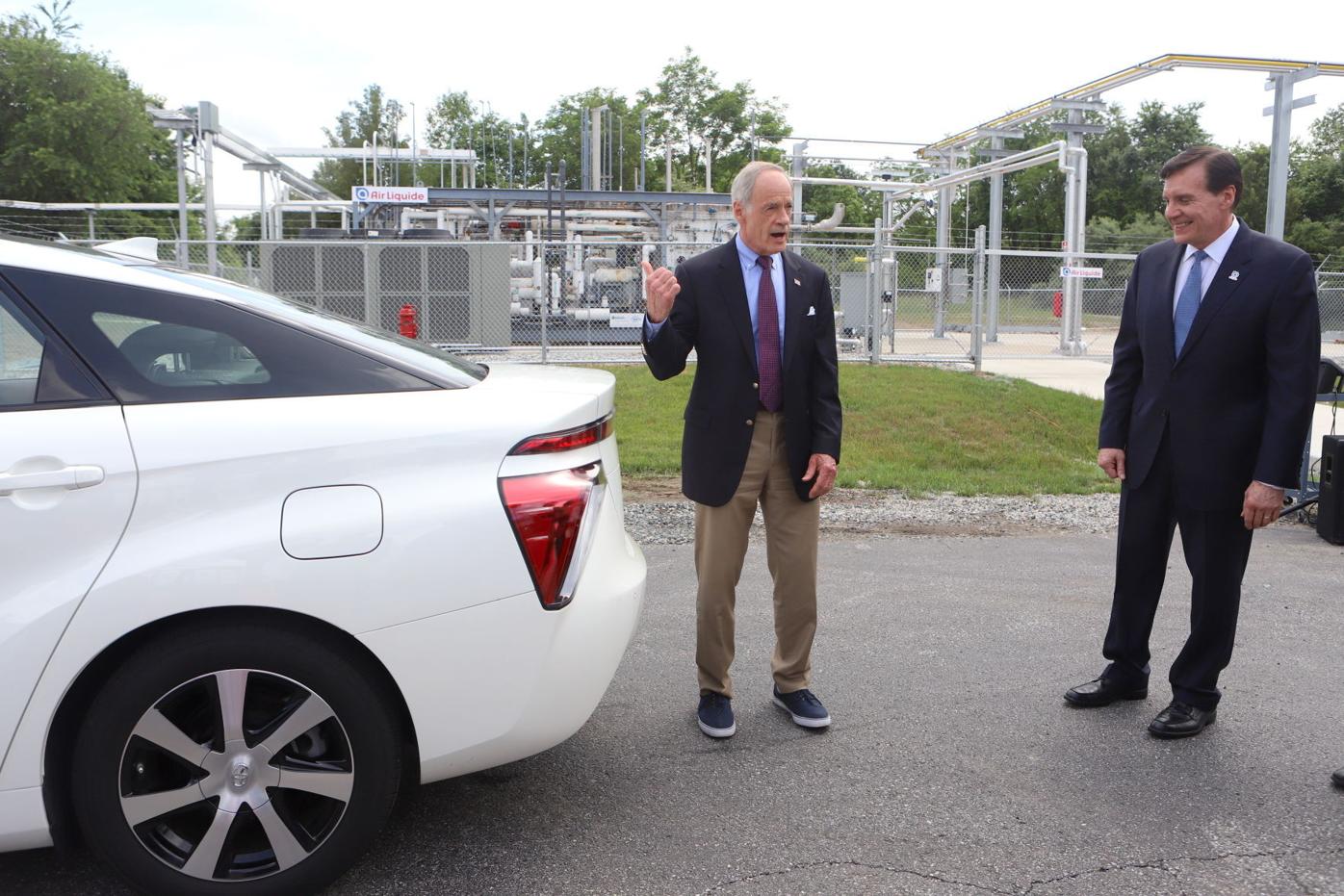 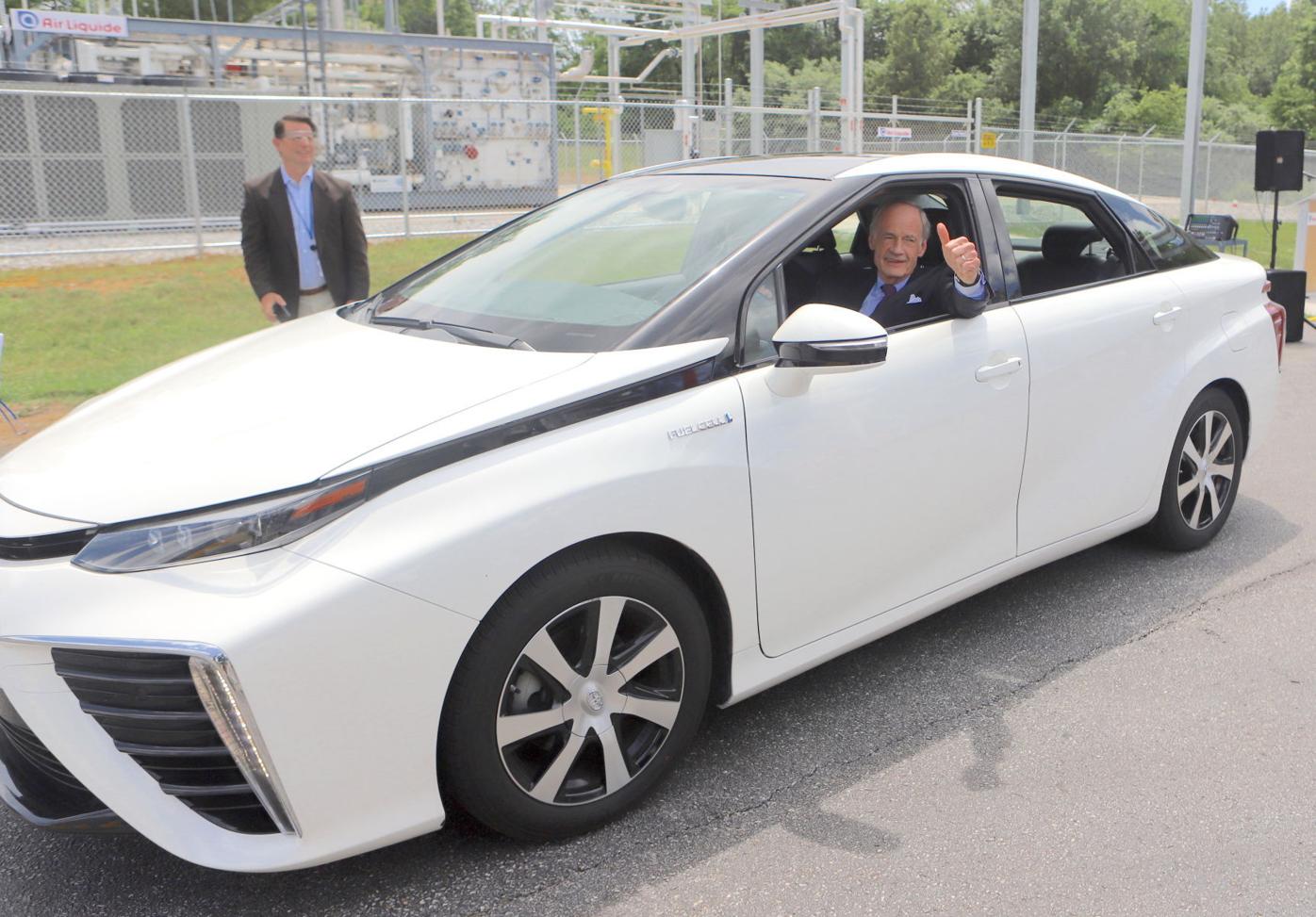 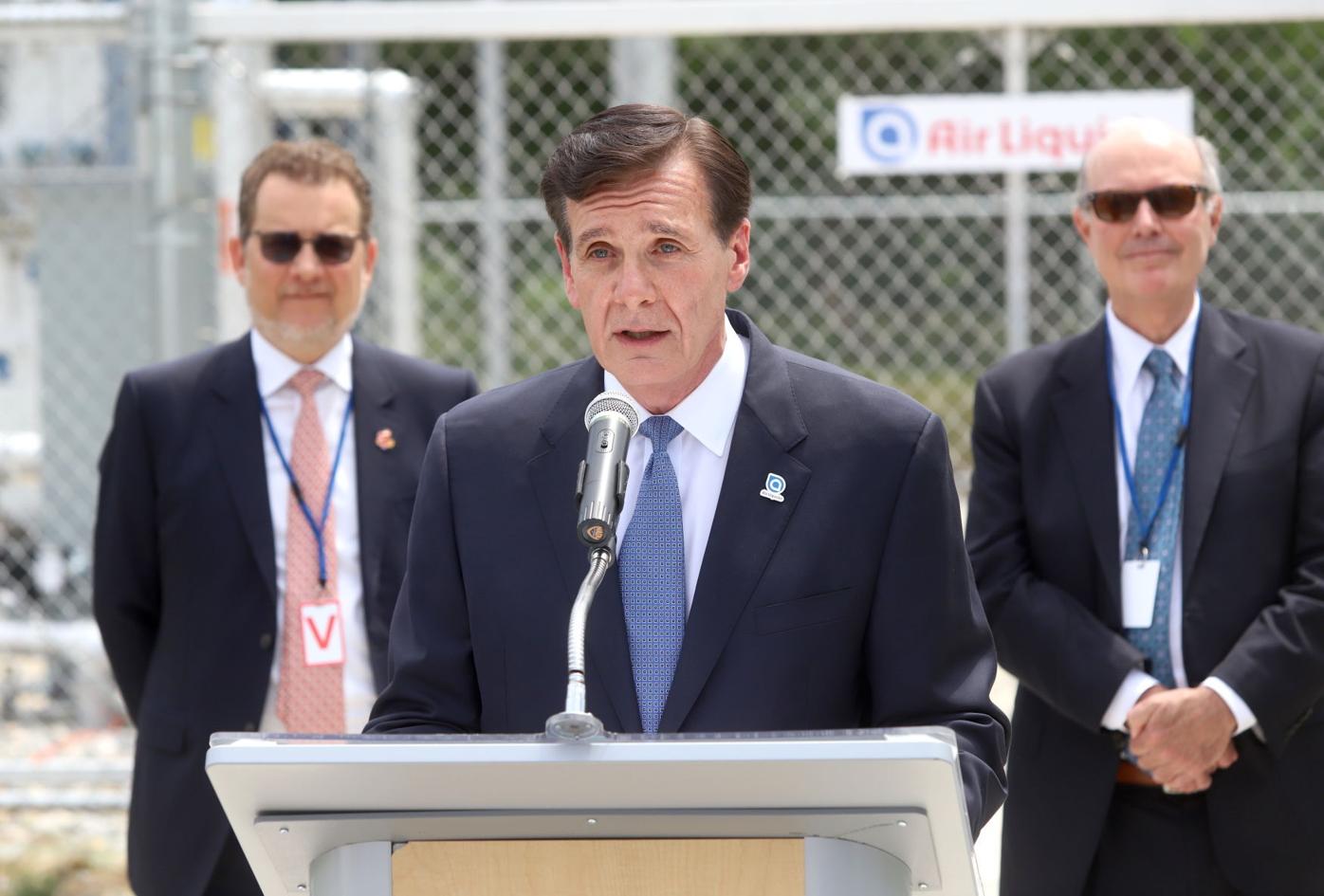 While electric vehicles get most of the attention in discussions about transitioning away from internal combustion engines, some experts believe that hydrogen fuel cells have a role to play as well.

“Mark my word: within 10 years, a lot of our vehicles, especially midsize trucks and large trucks, are going to be using hydrogen,” Sen. Tom Carper said Friday as he toured the Air Liquide facility in Glasgow and test drove a hydrogen-powered Toyota Mirai.

Carper was there to promote a bill he introduced last month that would create tax incentives for the production of clean hydrogen.

The France-based Air Liquide employs approximately 120 people at the Glasgow facility, which is located on GBC Drive, off Del. 896, and serves as the company’s research and development headquarters in the United States.

Some of the research being used in the hydrogen cars in production today was done by Air Liquide, Edwards said. The company partners with Toyota and Hyundai, which actually produces the vehicles.

Fuel cell vehicles convert hydrogen into electricity that powers the vehicle. The only byproduct created at the time of use is water.

Hydrogen has long been used in industrial settings. It is also often used to power forklifts in logistics operations because it avoids creating exhaust in a warehouse like gasoline power would and doesn’t require downtime for charging like electric power does.

Traditionally, hydrogen has been manufactured from natural gas, a process that emits carbon. However, Air Liquide and other companies are now investing in green hydrogen.

Edwards explained that hydrogen can be produced by using electricity to separate water into oxygen and hydrogen. If the electricity is from solar or wind, the process is zero-emission. Another method is to convert methane from a landfill or other waste source into hydrogen.

The biggest obstacle to hydrogen fuel cell cars is building out the infrastructure. Motorists need hydrogen stations, similar to gas stations, to fuel up.

“The idea is to replace gasoline and diesel pumps with hydrogen pumps in order to enable these types of vehicles,” Edwards said. “But the stations have to come before the vehicles come, so it takes a coordination with either state or local investment in a transportation revolution.”

There are no refueling stations in Delaware, but California is an early adopter of the technology, Edwards said. There are approximately 10,000 fuel cell cars on the roads there.

Proponents say hydrogen is particularly suited for trucking because it doesn’t require lengthy stops to recharge like an electric vehicle would.

An early test of fuel cell technology happened right here in Newark, when the University of Delaware and Air Liquide partnered to pilot a fuel cell bus. UD added the bus to its normal shuttle routes around campus and fueled up at Air Liquide’s Glasgow location.