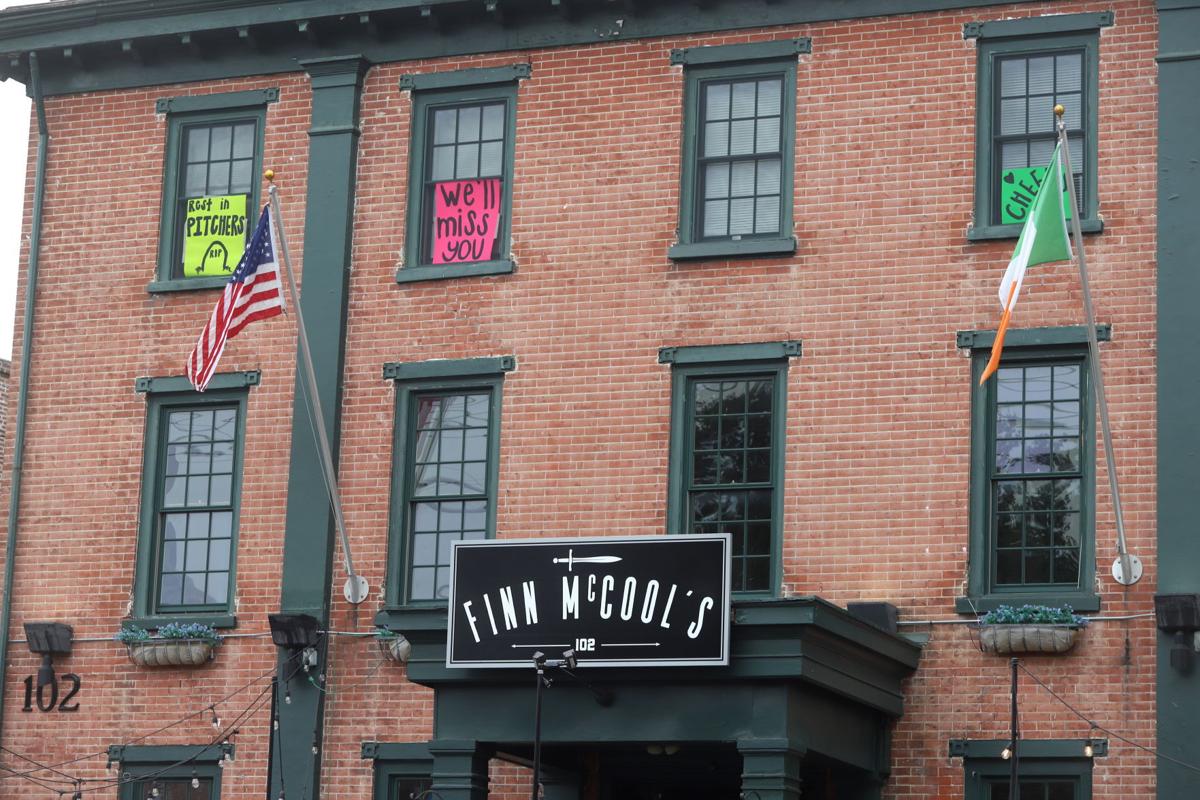 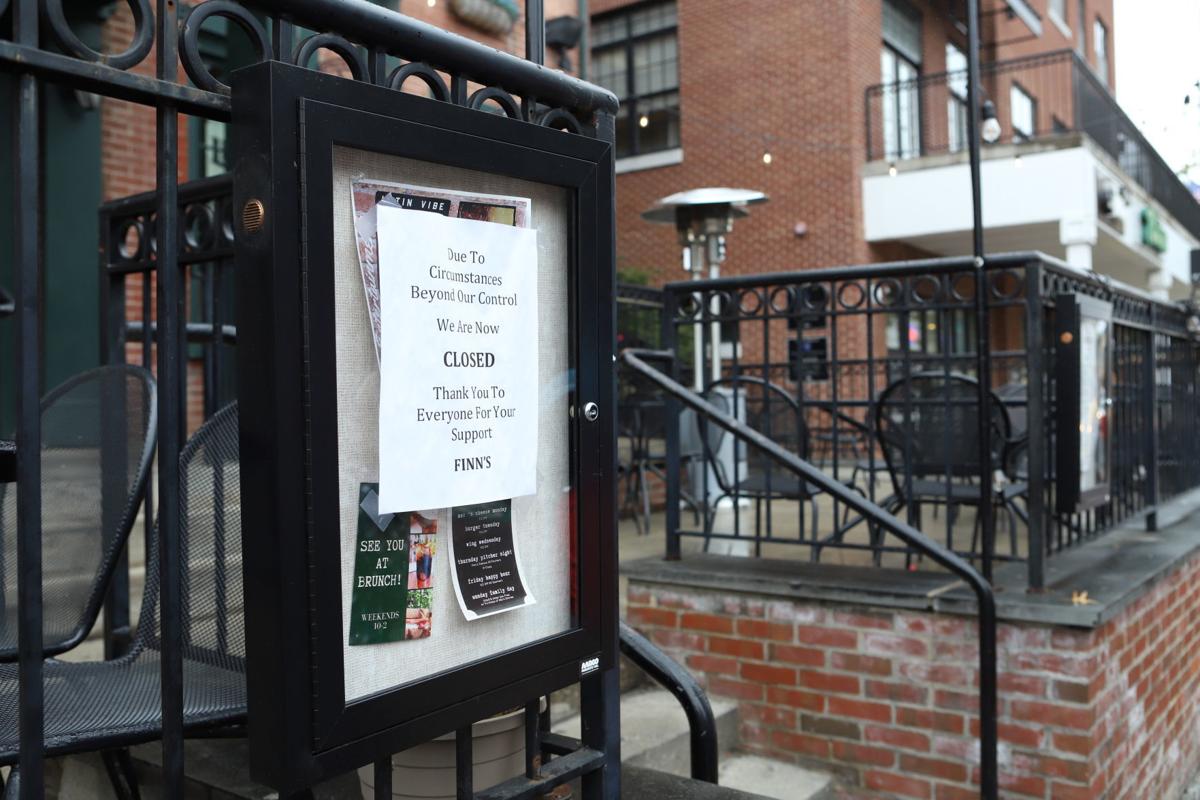 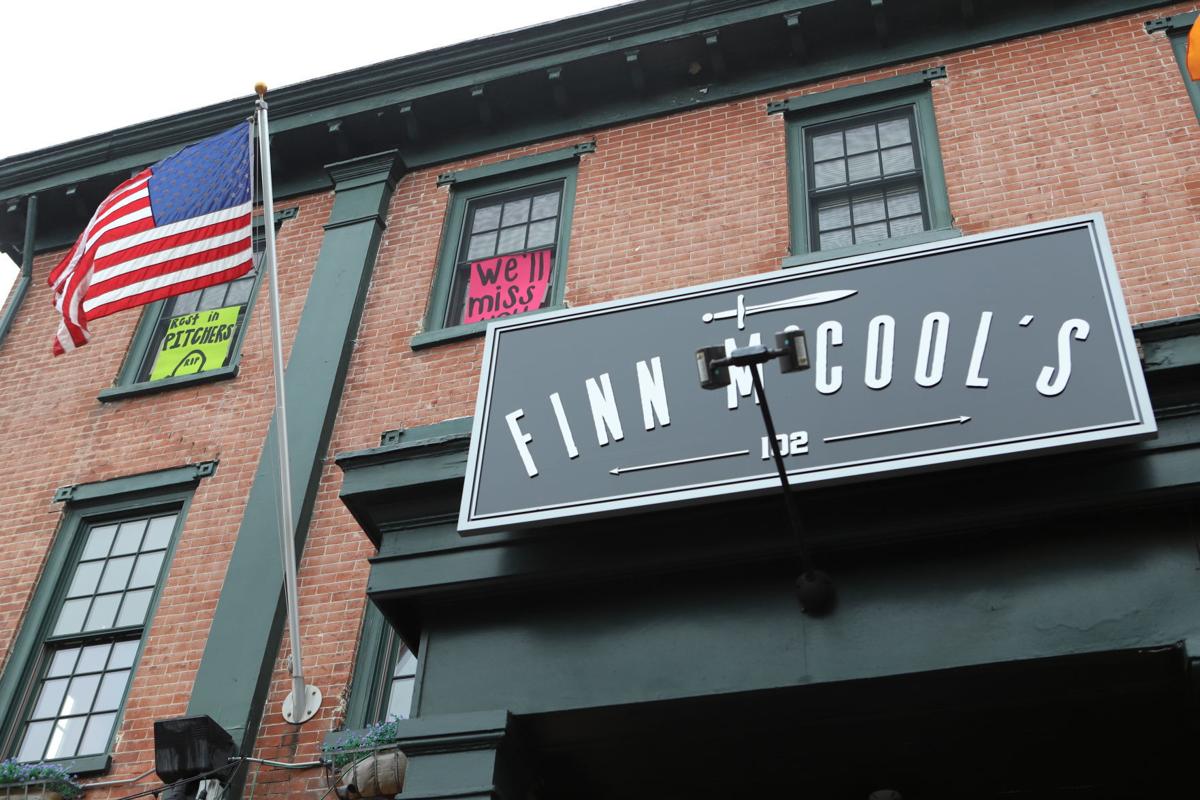 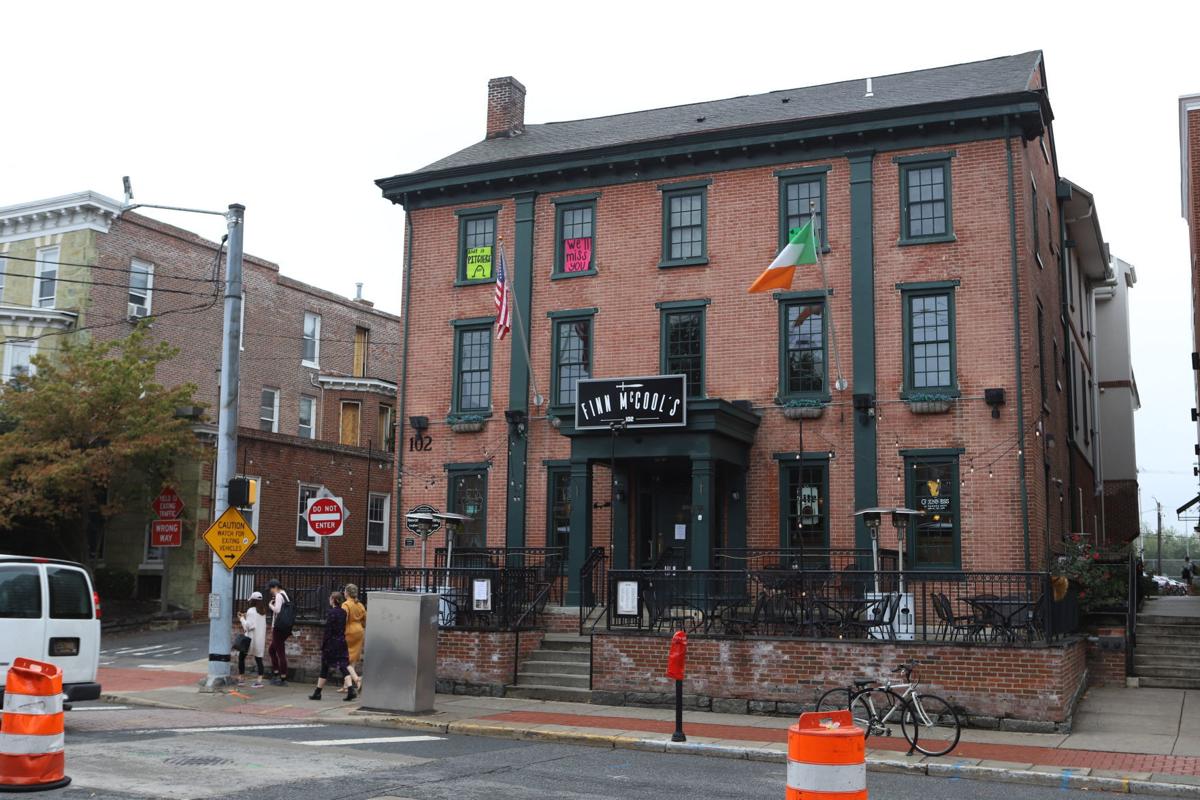 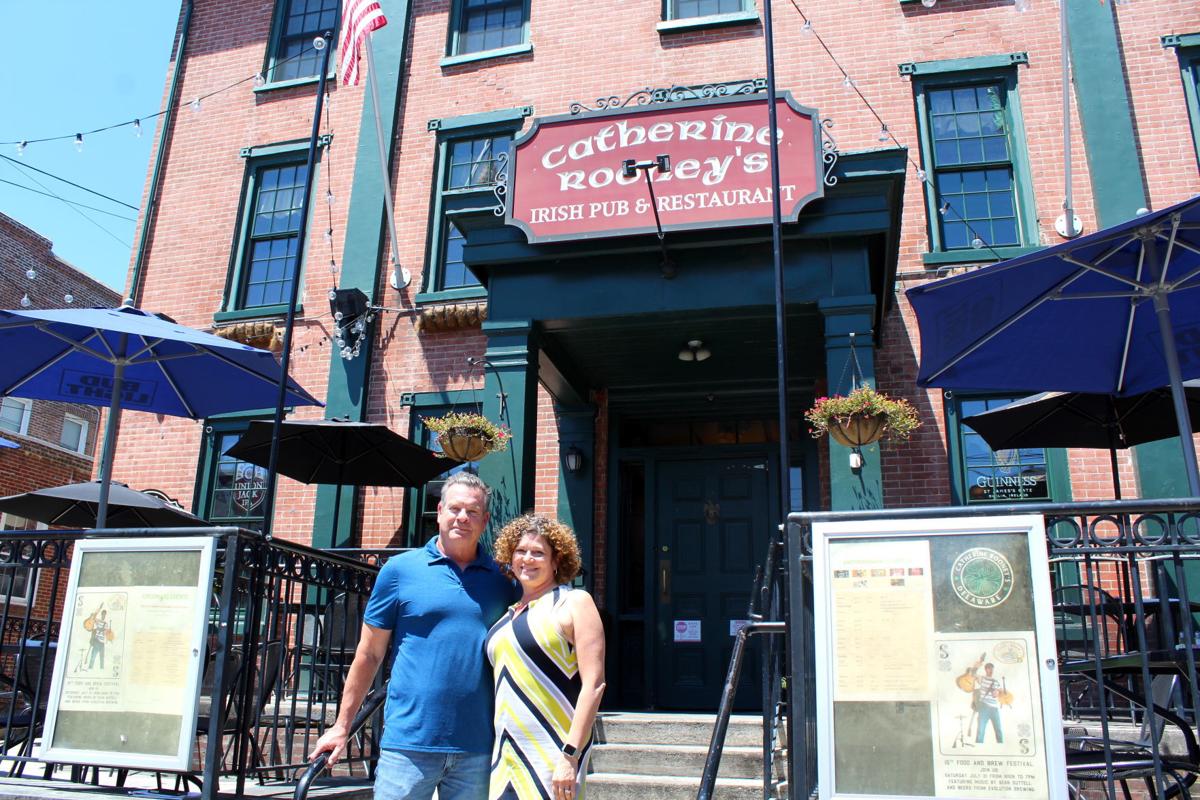 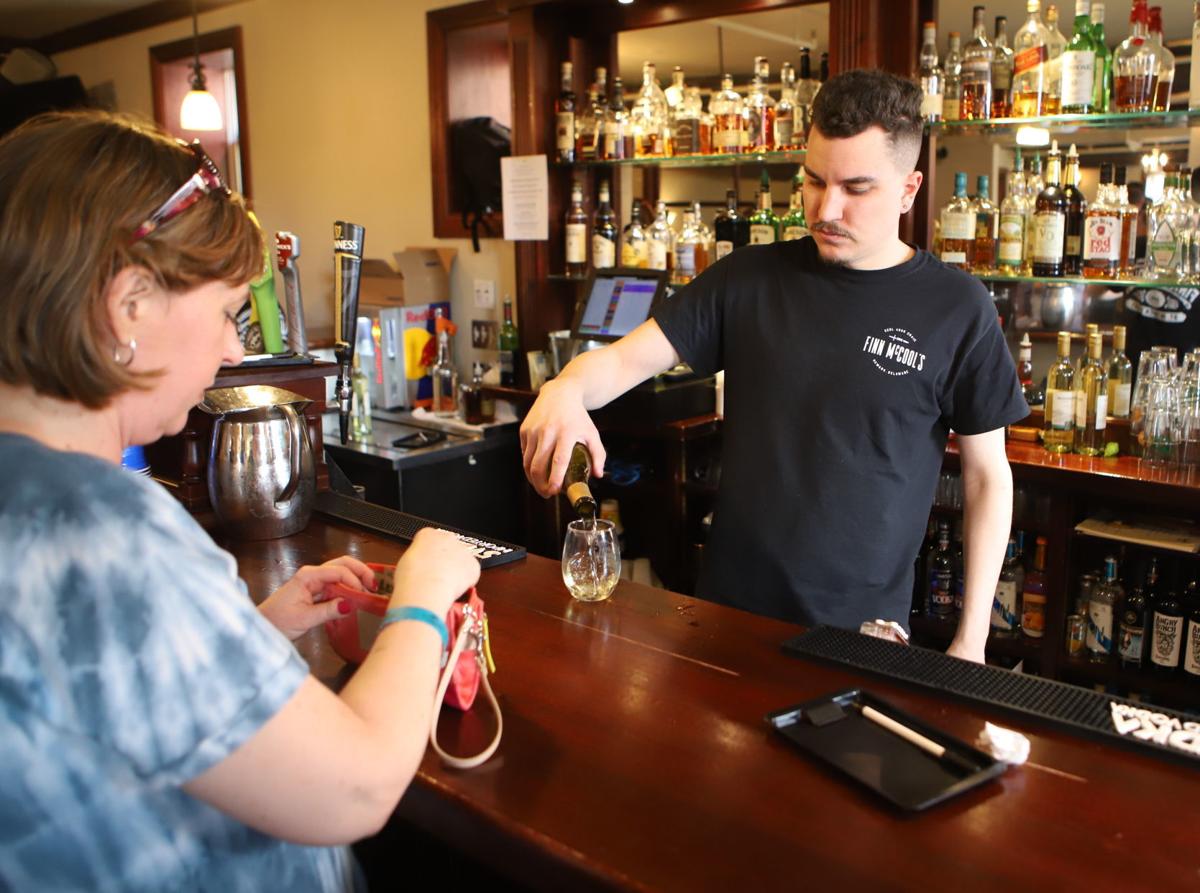 The Main Street bar and restaurant abruptly closed Wednesday night, hanging up a sign attributing the closure to “circumstances beyond our control.” Handwritten signs in the third-floor windows of the apartments above the restaurant read “We’ll miss you,” "Cheers," and “Rest in Pitchers.”

The owners did not immediately return a call seeking comment.

In February 2018, Jeff and Mette Frotton purchased the restaurant after moving here from California. Part of the purchase agreement was that the Frottons had to change the name of the restaurant to distinguish it from Catherine Rooney’s other location in Wilmington, which remained under its old ownership.

They turned the upstairs portion into a whiskey bar, updated the menu and promised to bring in a variety of Irish music acts.

“Our feel is that, in Ireland, just like here, there’s a gastropub movement. Pubs there are not what they were in 1960. There’s a focus in Ireland on fresher ingredients and better cooking, more elevated presentation,” Mette Frotton said in July 2018. “So we want to take this Irish pub and really follow that trend – more local resources, more fresh ingredients – it’s still authentic Irish, but a little bit more modern Irish.”

Over the summer, though, the Main Street construction project took its toll on the restaurant, cutting business in half, according to Jeff Frotton, even though the construction wasn’t happening in front of Finn McCool’s.

“We’ve got a number of friends who told us they are not coming to Main Street while its under construction,” he said in August. “They’re locals in Newark telling us that.”

“The doom and gloom stories are scaring people away,” he continued. “Traffic and parking are really fine.”

The closure of Finn McCool’s leaves vacant part of one of the oldest and most recognizable buildings on Main Street. Constructed in the first half of the 19th century, the brick building was used as the headquarters for the First Bank of Newark starting in the 1850s.

It was later converted to residential and office space, and by the time it was added to the National Register of Historic Places in 1983, it was being used as a real estate office. In 2008, Lang Development Group renovated the building and added 10 apartments and office space onto the back.

Another empty building of another failed business. How long before it's converted to student housing? Was this in the Newark Partnership's crystal ball? So sad what is happening to this town.

Pretty messed up of them close abruptly without giving their staff ANY type of notice. IF business was slow they should have seen it coming and given everyone a chance to find other work.

I'm sure the Main St construction had an impact but it could also be because the restaurant wasn't that good, at least partly. Can't speak for the bar crowd but many people I know stopped going there for lunch or dinner because the food quality, menu, and service were poor. I miss Rooney's.

---according to Jeff Frotton, Finn McCool’s. “The doom and gloom stories are scaring people away,” he continued. “Traffic and parking are really fine.”---- THERE IS PARKING BECAUSE PEOPLE CAN'T MAKE IT UP MAIN ST !!!

Hey Mayor Jerry Clifton.......try something....put up "traffic counting devices" on Main St to show you HOW TRAFFIC HAS DECLINED TREMENDOUSLY !!! SHOW SOME FACTS !!!

---the Main Street construction project took its toll on the restaurant, cutting business in half, according to Jeff Frotton, even though the construction wasn’t happening IN FRONT OF Finn McCool’s.---- What an utterly stupid statement !!! Construction started on E Main St at the library........AND THE TRAFFIC BACKUP IS SO BAD, REPEAT SO BAD, THAT VEHICLES TAKE 30 MINUTES TO GET BY THAT !!! HENCE, IT AFFECTS ALL THE BUSINESSES ON MAIN ST !!!