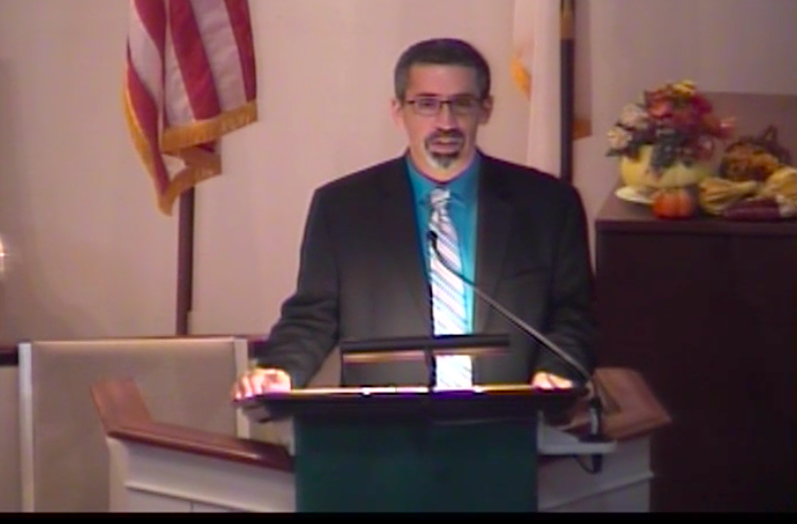 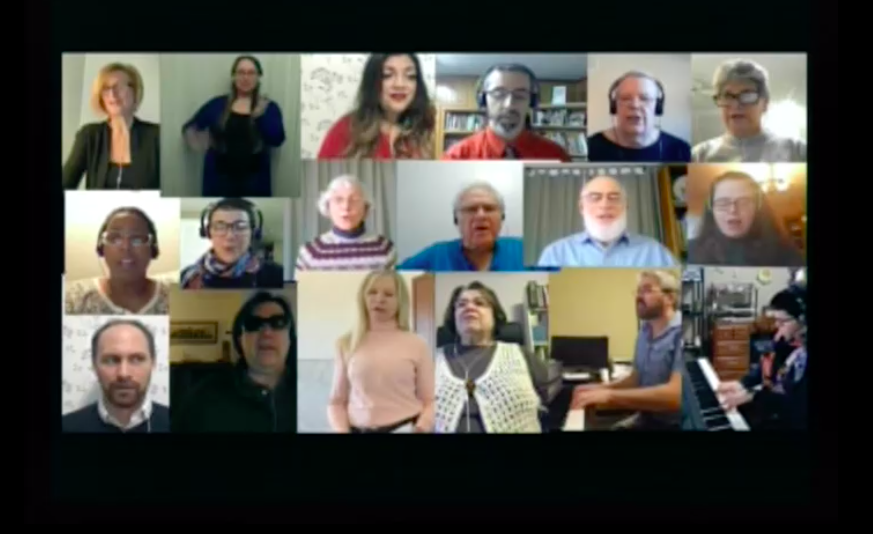 A choir performs virtually during the interfaith Thanksgiving service.

A choir performs virtually during the interfaith Thanksgiving service.

Since the first one three decades ago, the Newark Interfaith Thanksgiving Service has been an enduring tradition, one that brings neighbors and friends of all religions together to give thanks for the year’s blessings.

That tradition continued Nov. 24, although “together” looks a lot different in the midst of a global pandemic. Nearly 80 people watched the virtual service, which was broadcast online by Calvary Baptist Church.

“What a year to be talking about gratitude,” Calvary Baptist Pastor Corey Fields said, speaking from an empty sanctuary at the Delaware Avenue church. “Some might even ask how does one give thanks near the end of a year like this? It has been, pardon my theological language, a hell of a year.”

While preparing his sermon, he turned to the Book of Lamentations.

“It is a book of lament, not a happy book, and yet there in the middle, the author, who is wrestling with pain and destruction all around them, is able to say, ‘God’s mercies are new every morning,’” he said.

Perhaps, Fields said, a year like 2020 can make us even more thankful as we are reminded of all we have taken for granted in the past.

“I don’t know about you, but I find myself extra thankful right now for the days that I feel well and healthy, thankful for gatherings of extended family and friends, thankful for people in a sanctuary, thankful for crowded stores and coffee shops, thankful for seemingly mundane life patterns, thankful and all the while hopeful that someday soon, we will have those again,” he said. “And in the meantime, thankful for healthcare workers, essential and underpaid workers, teachers, free meals cooked for those who need them, and brave souls all around.”

The event also included pre-recorded messages from faith leaders of several religions, including the Baha’i faith, Islam, Sikhism and Quakerism. It even featured a choir performing the song “We Gather Together” through the magic of video editing – the choir members recorded their individual parts, which were meshed together to appear as they were singing in unison.

Fields also encouraged attendees to make a virtual offering to Friendship House’s Newark Empowerment Center, which has continued to provide meals and housing to Newark’s homeless population throughout the pandemic.

“This year has been a difficult year, but we are so incredibly blessed with the incredible gifts that we have received all year long,” said Kim Eppehimer, executive director of Friendship House. “We have managed to continue to serve our community. Even through gloves and masked faces, we’ve been there every step of the way, just as you have been there for us.”

Irfan Patel, of the Islamic Society of Delaware, read an Islamic prayer that translates to, “We thank God under all circumstances.”

“There are many people who have to walk a tightrope between providing for their family and staying in the safety of their homes,” Patel said. “Then there are people who are on the frontlines fighting this pandemic, who again, cannot afford the luxury of staying home. There are many things that we are thankful for tonight.”

This year, it’s more important than ever to reflect on our blessings, he said.

To watch a recording of the service, click here.