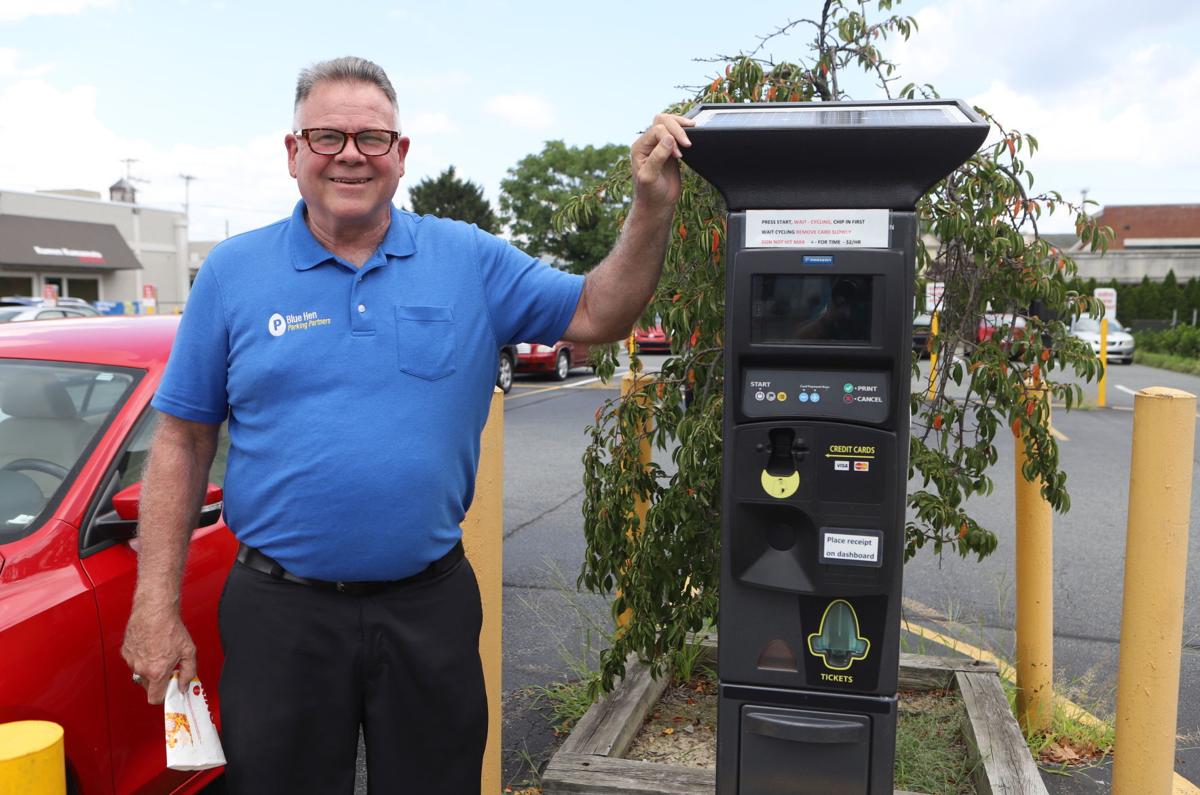 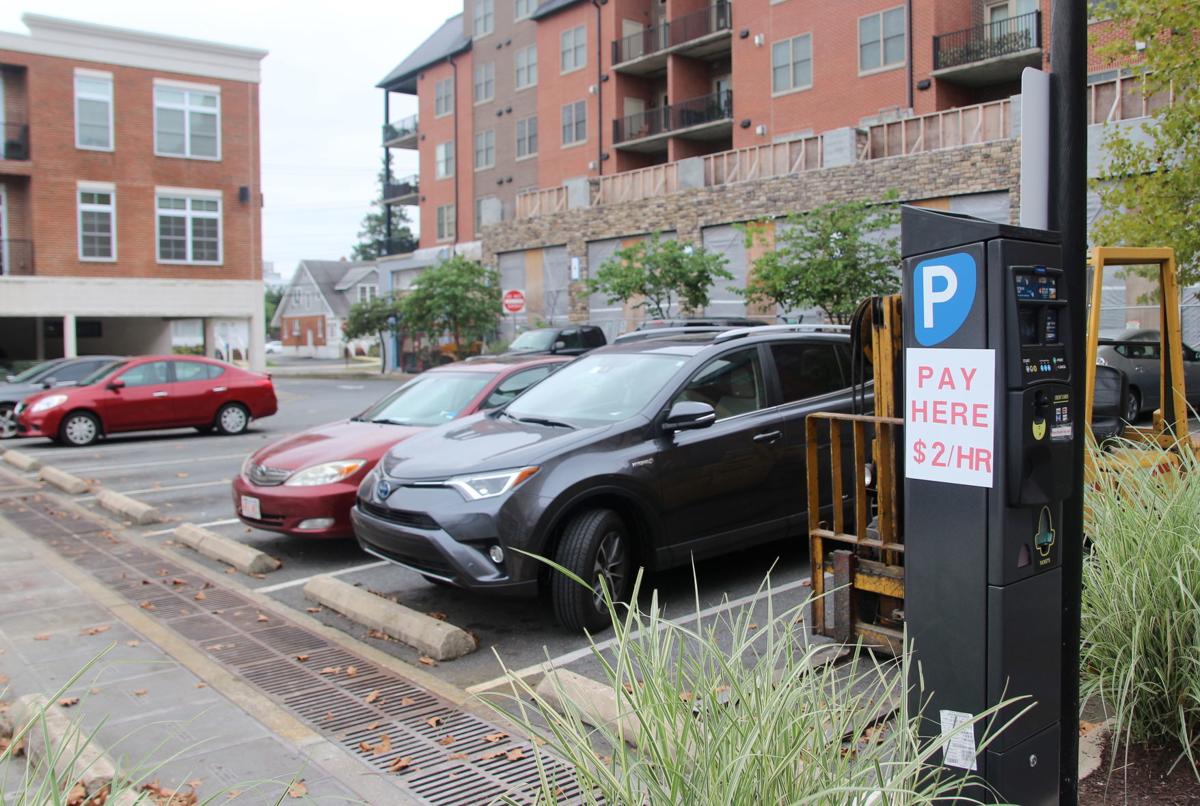 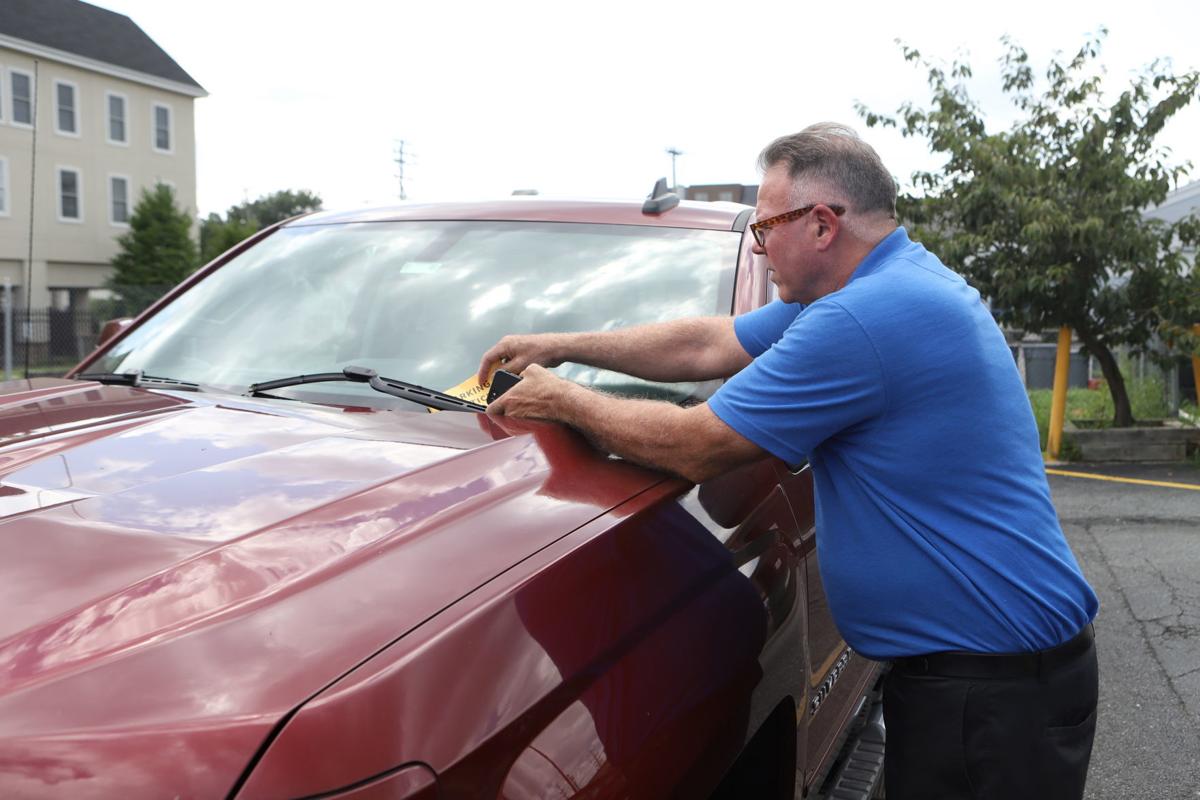 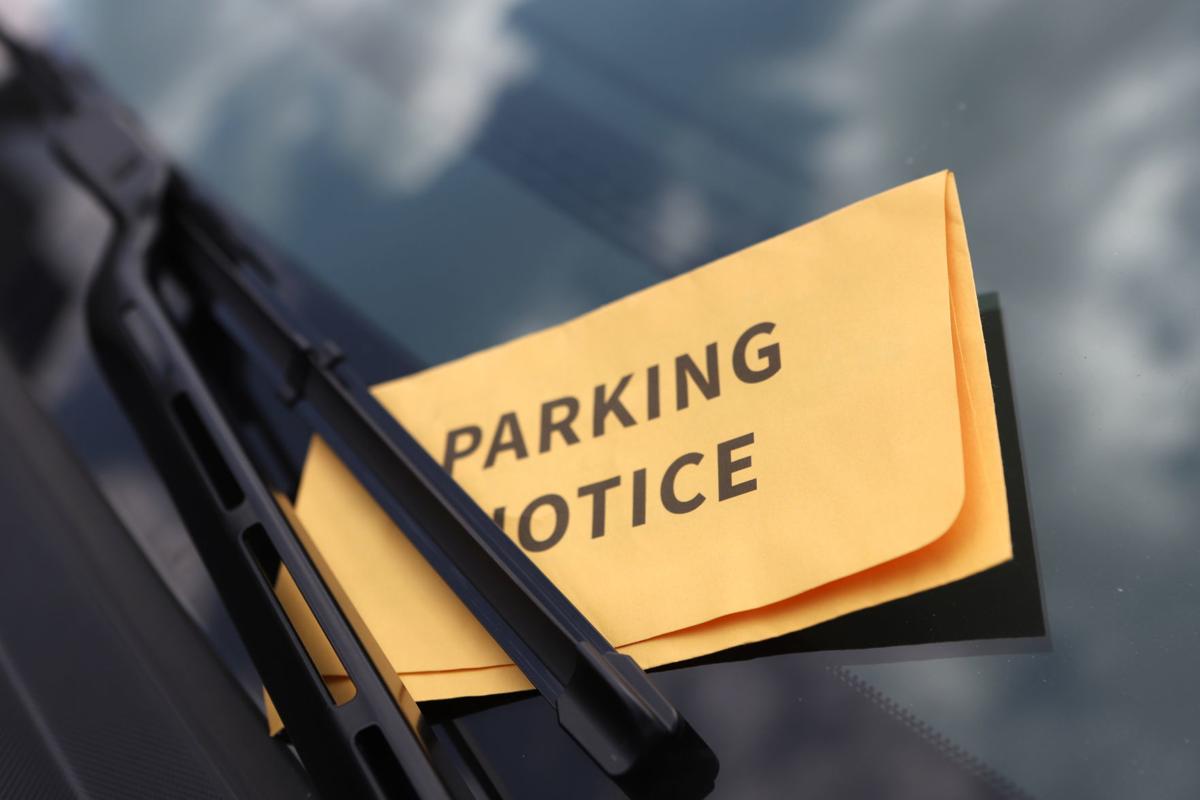 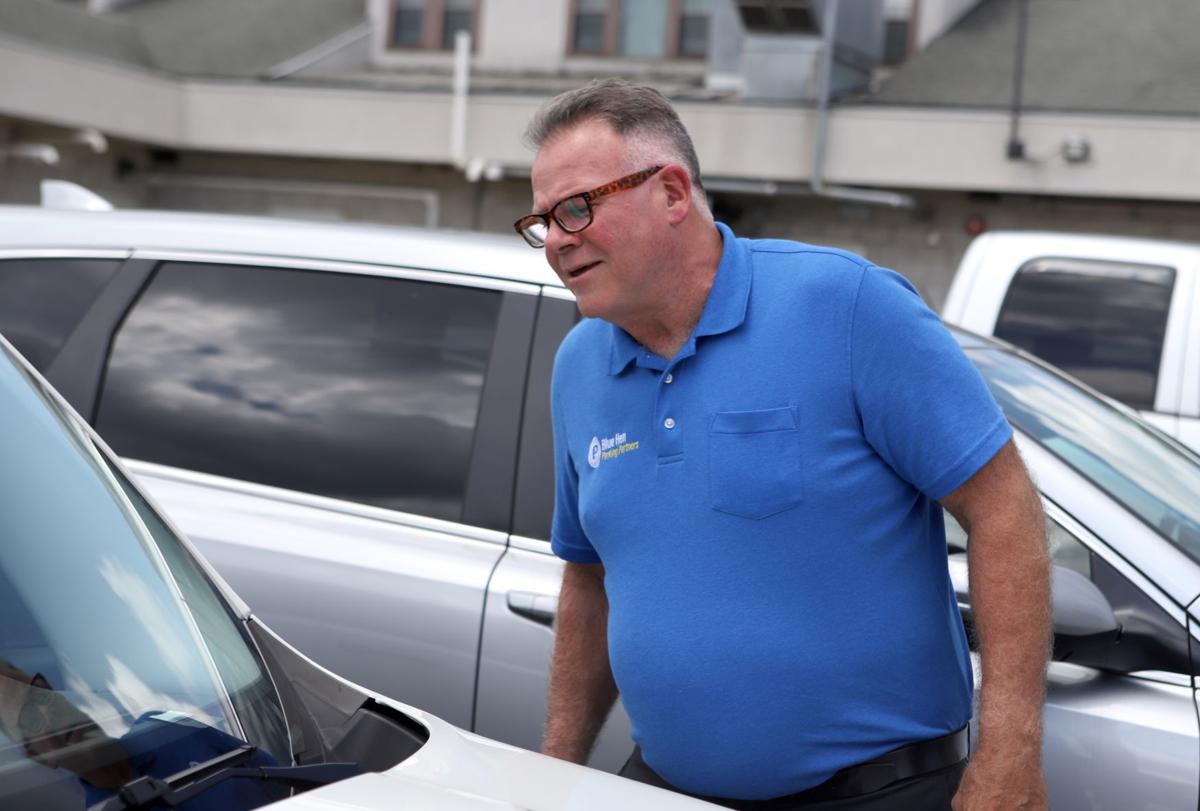 Mike Carney, owner of Blue Hen Parking Partners, patrols the parking lot behind Iron Hill Brewery, checking to see if cars are displaying a receipt to prove they paid for parking. 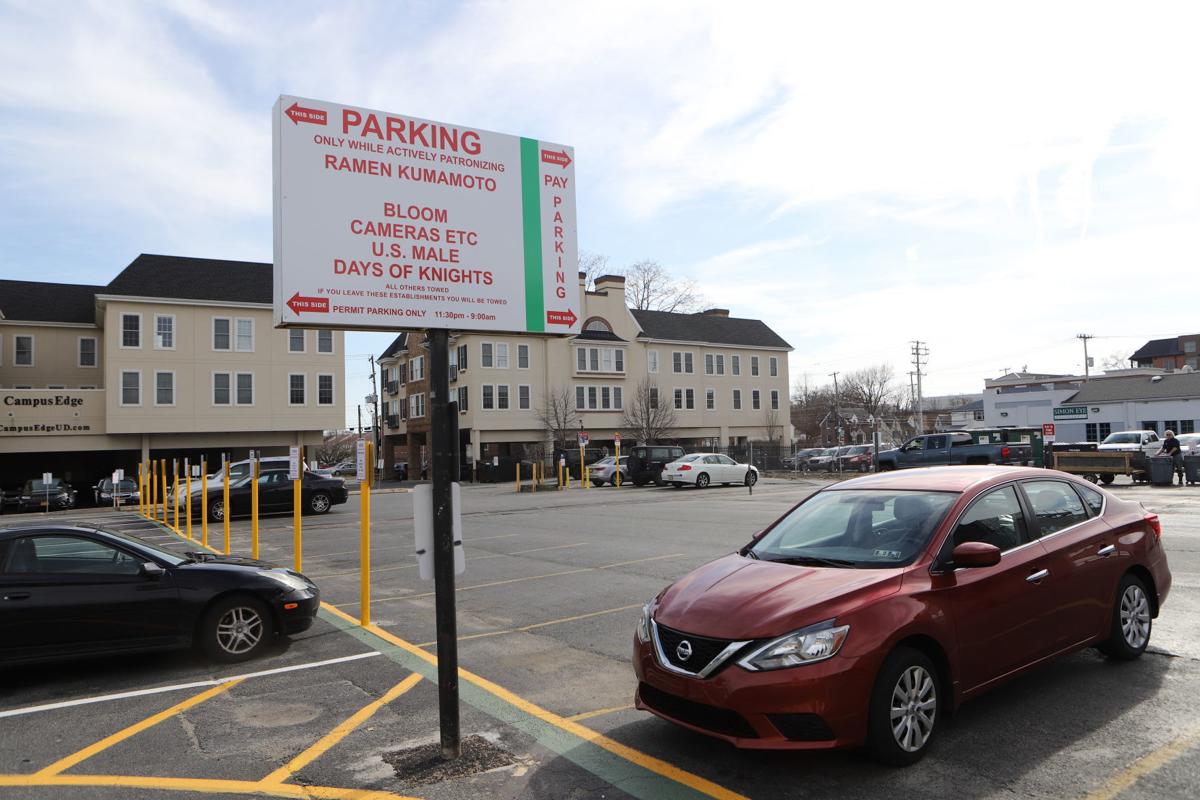 The parking lot in Trader’s Alley is now split – the portion behind Iron Hill Brewery is managed by Blue Hen Parking Partners. 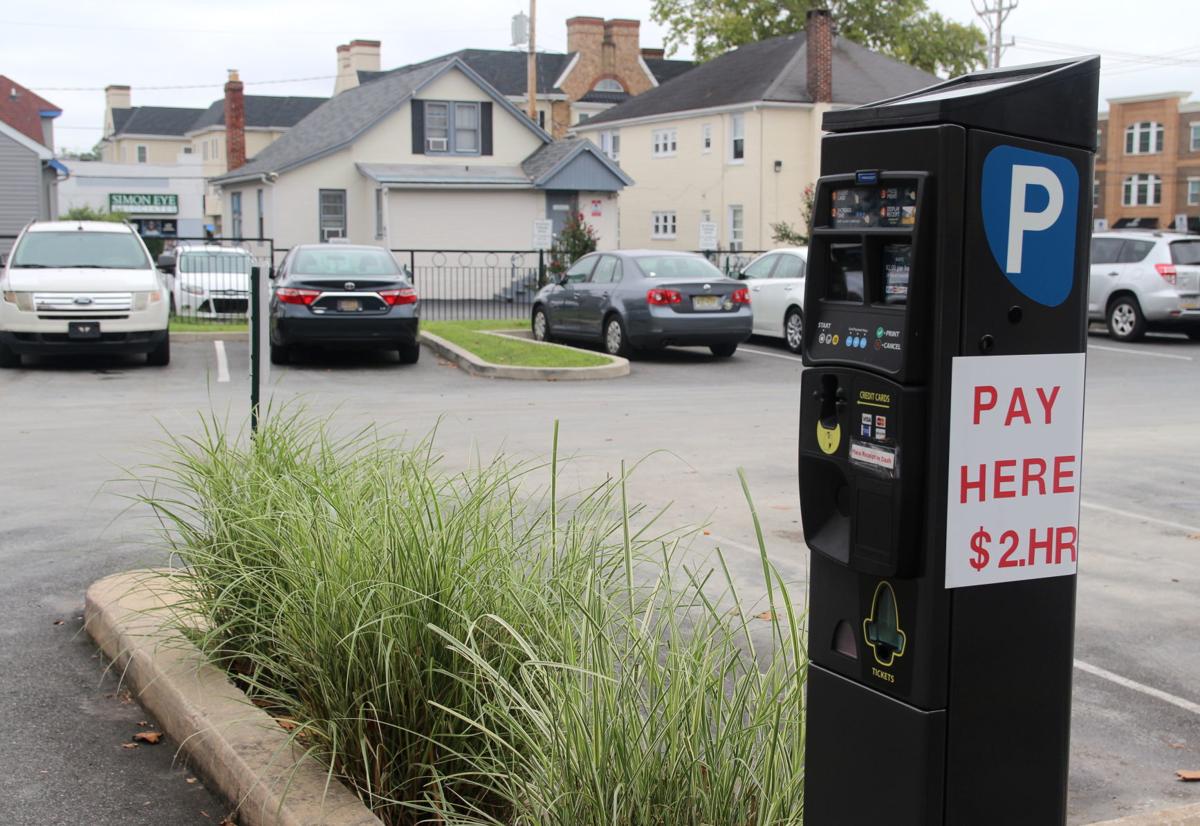 Mike Carney, owner of Blue Hen Parking Partners, patrols the parking lot behind Iron Hill Brewery, checking to see if cars are displaying a receipt to prove they paid for parking.

The parking lot in Trader’s Alley is now split – the portion behind Iron Hill Brewery is managed by Blue Hen Parking Partners.

It’s no secret that parking has been a hot topic in downtown Newark for years.

In that, Mike Carney saw an opportunity.

“We want to be part of the solution, not the problem,” Carney said.

Motorists seeking to use the lots pay at an automated kiosk and put their time-stamped receipt on their dashboard. Carney and his assistant patrol the lot, and anyone who doesn’t pay is subject to a $40 fine. Repeat offenders could have their cars towed.

Carney started in July 2018 by striking a deal with Lang Development Group to manage the company’s lot behind Taverna. He later added Tsionas Management’s lot behind Iron Hill Brewery and a handful of spots on Choate Street that were once reserved for Lang tenants.

The Lang and Tsionas lots were long known as the “free lots,” but in reality, they were private lots reserved for customers of the businesses there. People who parked there and left the property were subject to being towed.

Now, anyone can park there – so long as they are willing to pay for that privilege. The conversion to paid parking means that students and Main Street employees who used to leave their cars there for hours are gone, and there are spaces available for customers, Carney said.

“We’ll turn the lot over three times on a Friday,” he said. “That’s 180 people getting to park. That’s a good thing.”

At $2 per hour, the lots managed by Blue Hen Parking Partners are twice the cost of the three lots managed by the city of Newark and also exceed the $1.25-per-hour change at the city’s parking meters. The Lang lot also has an option to park overnight for $12 or for the entire weekend for $35.

Carney freely admits that he’s not the cheapest option in town – in fact, if people complain about the cost, he’s happy to direct them to a city lot. However, he’s found that plenty of people are willing to pay for the convenience of parking near their destination.

“I think we’re doing a good thing,” he said. “We’re providing a service that’s not for everyone.”

Most people have adjusted to the lots no longer being free.

“When we started, people were a little pissed off, but that wore off,” Carney said. “I get more compliments about having a place to park.”

Carney, the brother of Gov. John Carney, caught the entrepreneurial spirit while in college at the University of Maryland, once buying up surplus hats from the school’s sports team and hawking them at Ronald Reagan’s inauguration in Washington, D.C. Since then, he’s run a number of businesses, including 15 years owing the Bullseye Saloon and Restaurant.

He now works fulltime as development director for a Wilmington nonprofit. He started Blue Hen Parking Partners after talking with his old college roommate who now runs parking lots in Annapolis, Md., and in New England.

He has one employee who works during the day, and Carney spends his nights and weekends patrolling the lots himself.

“It gets me walking. I might even get in shape,” he joked.

Carney said he tries to be lenient and will cut people breaks if they’re a few minutes late getting back to their cars, but admits people who don’t bother to pay get under his crawl.

“I don’t write that many tickets anymore,” he said. “We’re not trying to build that as a revenue stream.”

He’s been talking to other businesses that have private lots and particularly has his eyes on the former Simon Eye lot on Haines Street. After the property sold earlier this year, the optometry office recently moved to Newark Shopping Center and the lot sits empty.

Carney splits the parking revenue with the property owner.

“They get a pay check,” he said. “Before, they got nothing, just headaches.”

Ultimately, Carney would like to get a parking lot on South Main Street and run a trolley or tram service taking customers to Main Street.

This fall, as downtown loses a number of parking spaces due to the Main Street reconstruction project and the construction of Lang’s hotel, Carney predicts his spaces will be in even more demand.

“We’re excited for a good year,” he said.

Overall, he’s bullish on the future of downtown.

“Main Street is such a cool place to visit for so many demographics,” Carney said. “In two years, this town will be so much fun. It will just be a little difficult between now and then.”

Went down to Newark to try out a noodle restaurant. It was great. I'd do it more often, but there's this little thing called "principle". I'm not going to pay just so I can patronize Newark restaurants. Newark always has their hands in people's pockets and should be embarrassed. I'd rather take the dollars and throw them on the interstate than give them to the City of Newark or any other business looking to cash in on this idiocy.