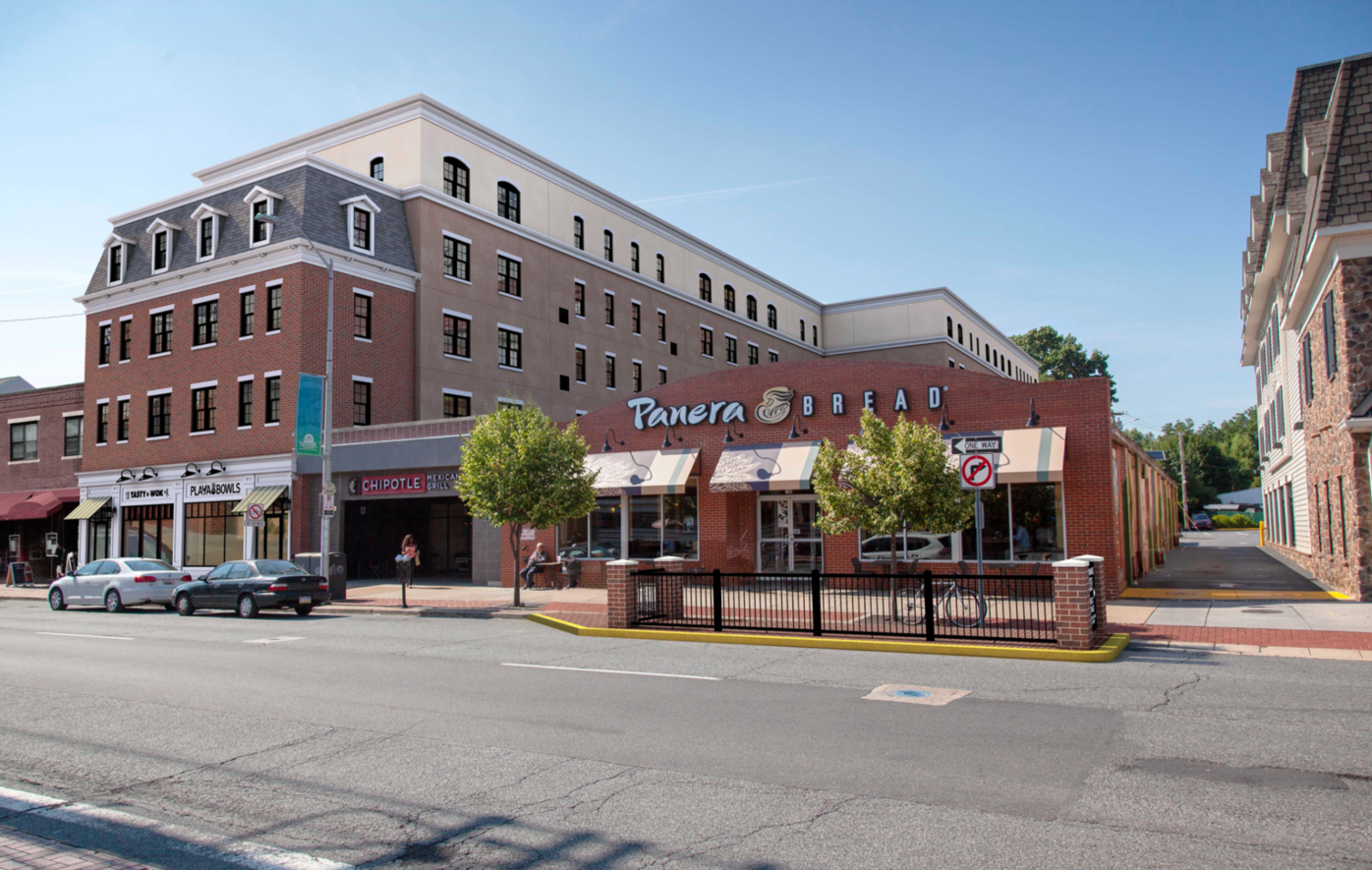 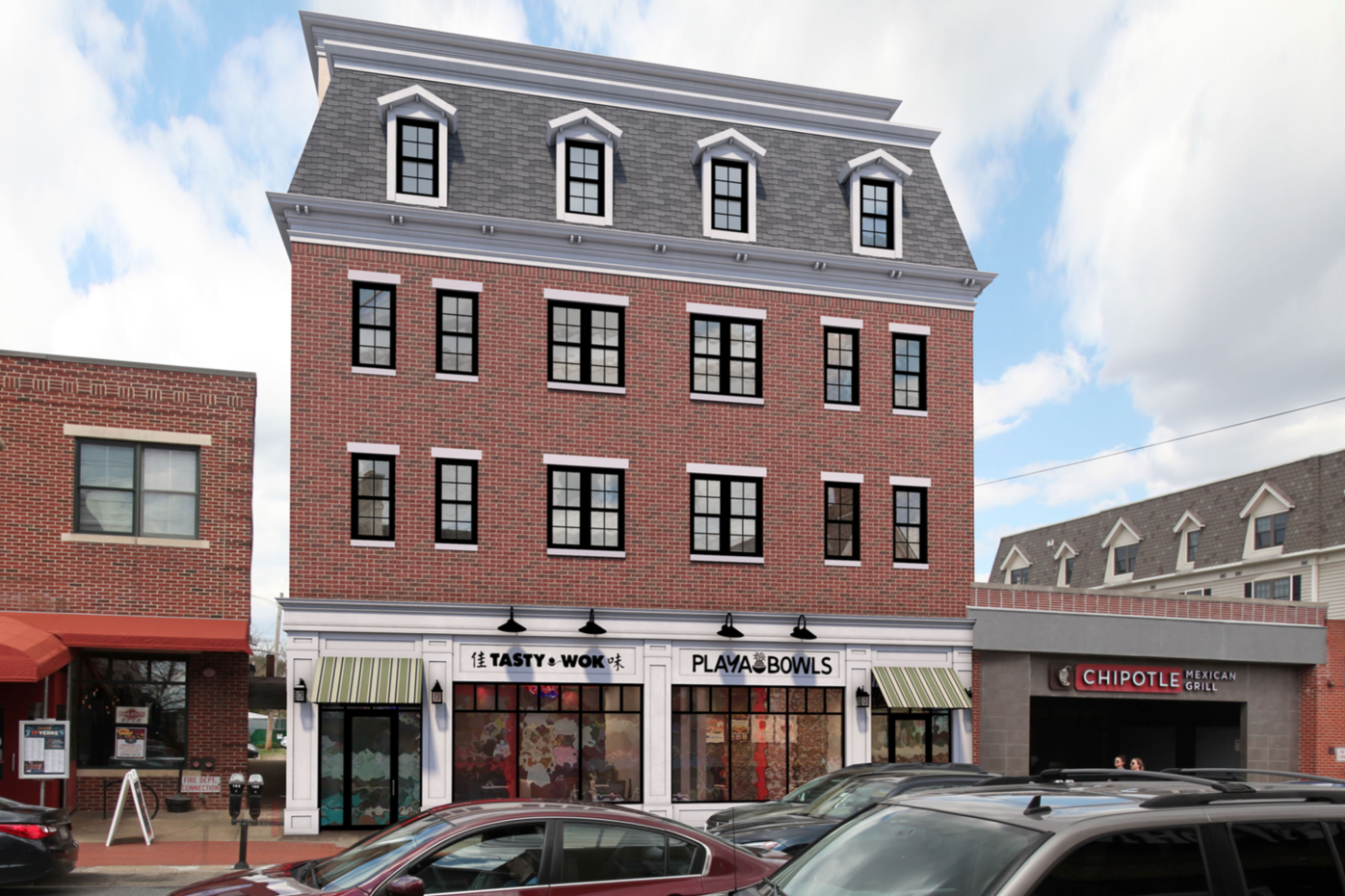 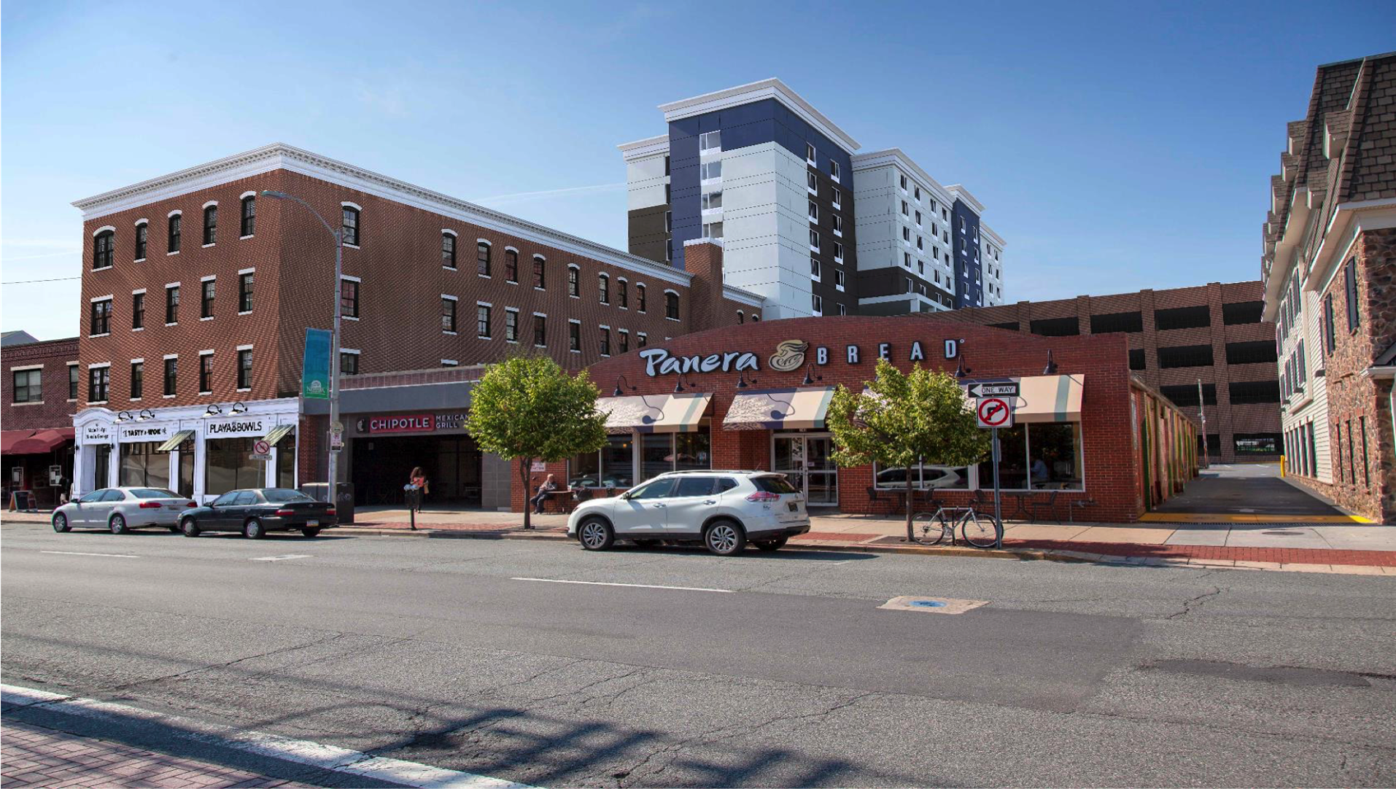 An artist’s rendering shows what George Danneman’s proposed 10-story hotel and parking garage would have looked like from Main Street. He has since scrapped the plan and will pursue student housing instead.

An artist’s rendering shows what George Danneman’s proposed 10-story hotel and parking garage would have looked like from Main Street. He has since scrapped the plan and will pursue student housing instead.

A developer who had proposed building a 10-story hotel on Main Street has withdrawn that plan and instead intends to pursue a smaller project consisting of student housing.

George Danneman said that after more than two years of working on the hotel plans, he “got the sense they were not well received.” He believes city council is more likely to approve apartments, noting that several council members have discussed the need for more student housing downtown and in areas close to campus.

“I’m trying to do something I have confidence will get approved,” Danneman said.

The hotel proposal was the second new hotel proposed for Main Street. The first, Lang Development Group’s seven-story hotel behind the Green Mansion, was approved last year and is in the early phases of construction.

The Danneman project is slated for 132 E. Main St., which currently houses Tasty Wok, Playa Bowls, the former Margherita’s Pizza and four apartments. The building, which would be demolished, has been owned by the Danneman family since the early 1980s.

His new plan calls for a five-story building containing 47 apartments, as well as two retail spaces on the first floor. Twelve units would have four bedrooms, and 35 would have two bedrooms, for a total of 118 bedrooms.

The portion of the building nearest Main Street would be four stories and then rise to five stories further back.

The proposed building would extend beyond the existing footprint and into the portion of the municipal parking lot that the city leases from Danneman.

Under the proposal, the rear portion of the building would have ground-level parking, which Danneman hopes to continue leasing to the city. Under such an arrangement, the 18 spaces under the building would become part of the municipal lot, similar to the parking underneath the nearby Kate’s Place building.

Danneman does not intend to offer parking to tenants of the apartment building.

“By doing that here, it discourages cars and traffic from downtown,” he said.

That would likely require a parking waiver under current laws, but the city has been exploring ways to eliminate or reduce parking minimums for development projects.

The apartment proposal is in line with a number of similar mixed-use development projects that have been built downtown over the last two decades.

There has been much discussion over the last year about the University of Delaware’s decision to increase its student population while also reducing the number of dorm rooms available. Several council members have expressed a preference for building apartments in dense, walkable areas as a way to keep students from taking over residential neighborhoods.

“Many council members have said in meetings and to reporters that student housing is what they want,” Danneman said.

The focus on student housing is a dramatic reversal for Danneman, who last year pitched the hotel project as a way to diversify downtown’s offerings beyond the typical student-focused amenities.

“There’s a student housing shortage, so it might make sense to do only student housing,” he said in an April 2019 interview. “But for a year and a half, I’ve been focused on bringing a hotel to Main Street that will be an economic driver and also bring more parking.”

Danneman’s original plan called for a 108-room hotel, 12 apartments, retail space and a 292-space parking garage he hoped to lease to the city.

He said the hotel would be a “stabilizing force” downtown, bringing in a steady stream of customers to patronize Main Street restaurants and retail shops year round, including during the traditionally slow summer.

Meanwhile, the garage would add much-needed parking in an ideal location at the heart of Main Street, Danneman said at the time.

However, the project received a tepid response during an informal community meeting last summer, when attendees raised concerns about traffic, parking and the impact that a project of that size would have on the character of Newark.

The project also faced potential legal hurdles regarding Danneman’s desire to have the city sign on as a partner to operate the parking garage, and it would have required a significant height variance.

While student housing is never without controversy in Newark, the apartment project has fewer possible pitfalls.

“I tried to go with a more straightforward, less contentious plan,” Danneman said.

Danneman said he hopes to present the project to the planning commission in April or May. If approved by city council, construction could start as soon as this summer.