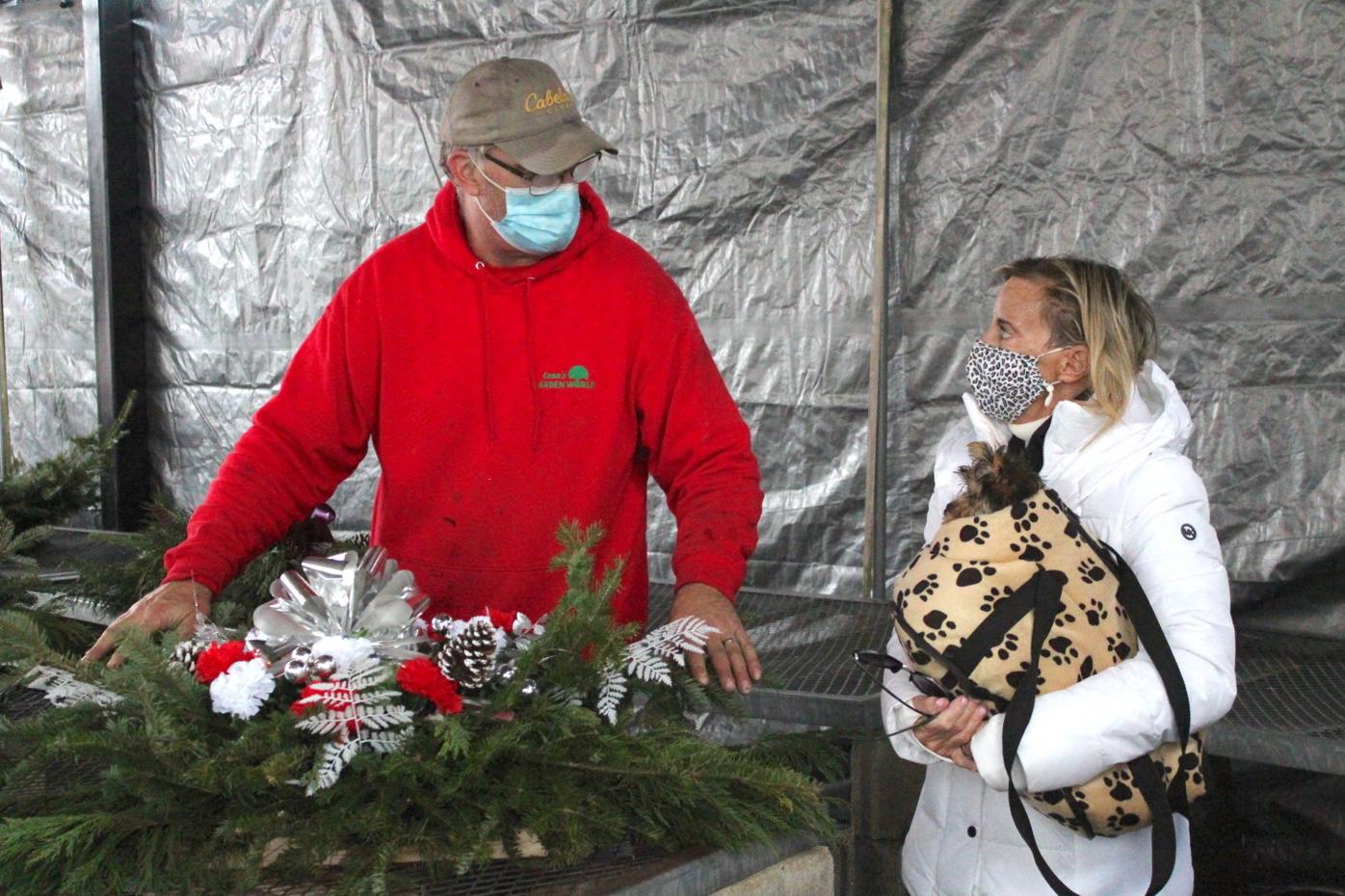 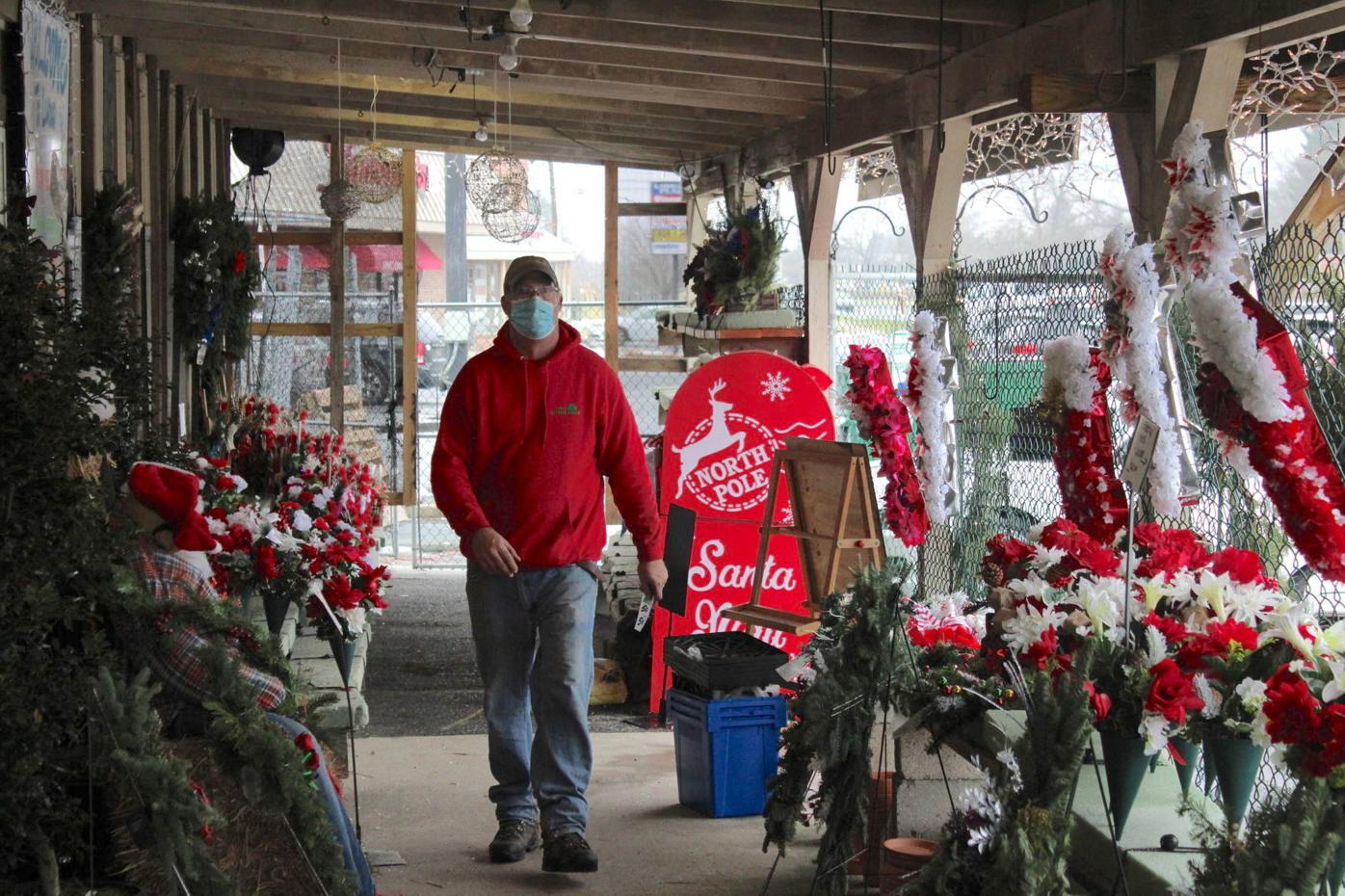 Jay Waite, an owner of Leon’s Garden World, said that supply of Christmas trees has run low as demand surged amid the pandemic. 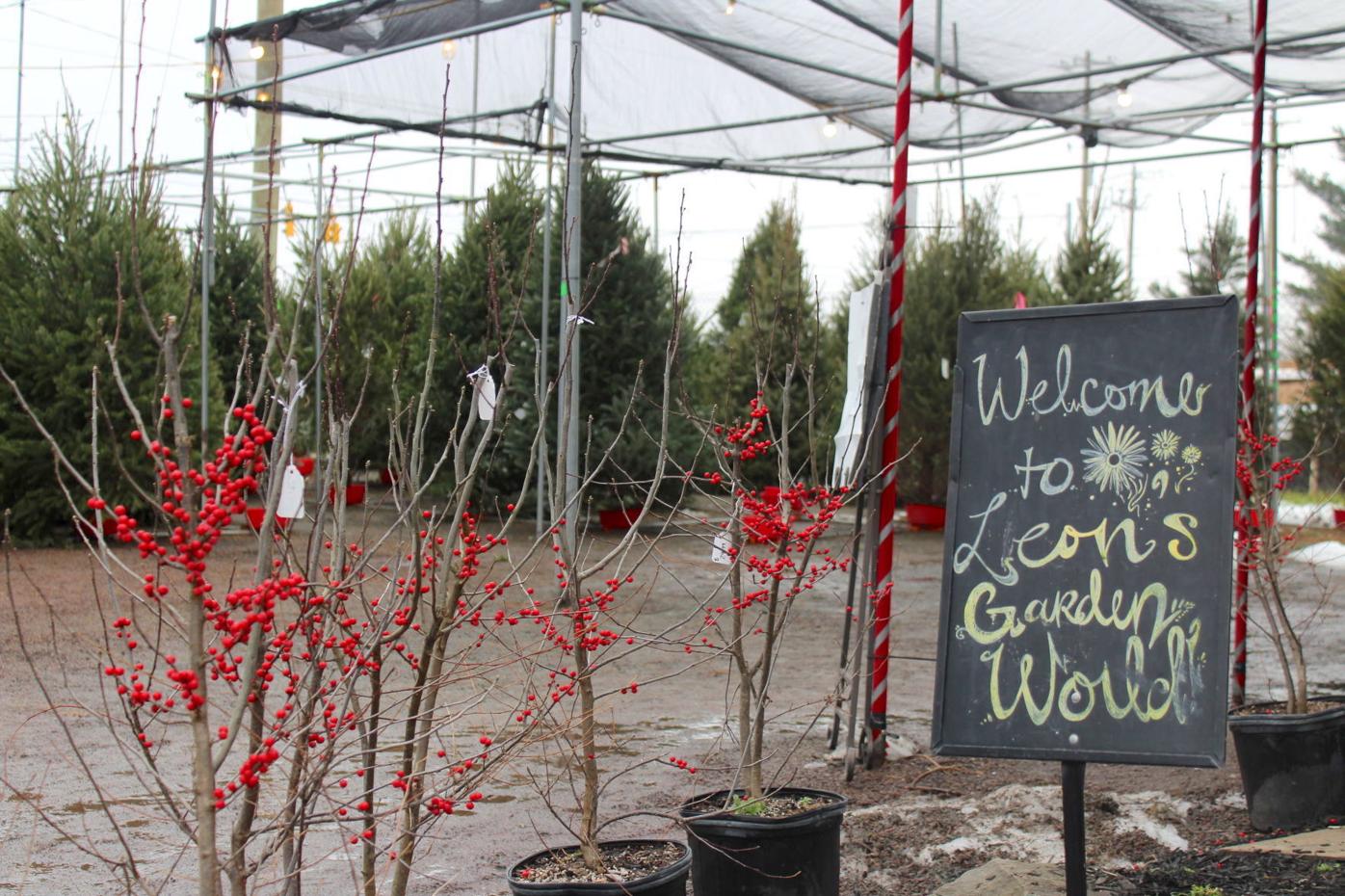 In the few days before Christmas, the Leon’s Garden World on Elkton Road was down the last trees left on the lot.

Jay Waite, an owner of Leon’s Garden World, said that supply of Christmas trees has run low as demand surged amid the pandemic.

In the few days before Christmas, the Leon’s Garden World on Elkton Road was down the last trees left on the lot.

Many holiday traditions look very different this year. Family meals will be smaller, travel plans have been put on hold, community gatherings are socially distanced. But with everyone stuck at home, one tradition has taken the spotlight — decorating.

Jay Waite, an owner of Leon’s Garden World, said business has boomed this Christmas season, with new and returning customers excited to invest in classic holiday decorations for in and outside their homes. He said it makes him proud to be able to help customers reclaim some of the cheer that comes from celebrating traditions.

The median price for Christmas trees around the world is up from recent years, in some cases almost 25 percent. Waite said that trees at auction are selling for far more than he’s seen previously.

Demand rose for Christmas trees as supply ran short this year, but Waite explained that it’s nothing to do with the COVID-19 pandemic. Rather, he said, the industry is still reeling from the effects of the 2008-09 market crash.

“A lot of farmers went out of business around that time, or didn’t plant as many trees,” he said. “Now there’s just not as many trees out there.”

In 10 years, he guesses that the market will be flooded with trees, since many farmers and business owners focused this year on planting and tending, rather than selling. That comes amid a rise in consumer demand which is more directly linked to the pandemic.

Gigi Schaal, who was browsing wreaths in the outdoor lot at Leon’s Kirkwood Highway location, said decorations are more important this year because everyone is stuck at home. For her, they are an important way to reclaim some feeling of normalcy amid this holiday season.

Decorations are important both inside and out, she added — while many families gather around the tree on Christmas morning, they can also admire lights, yard displays and other outdoor decorations from afar.

“A lot of people in my neighborhood have done a beautiful job decorating,” she said. “It’s a social thing, to go out and look.”

Schaal explained that she and her boyfriend will be together with their immediate family, including newly adopted puppy Pippa.

“We used to invite more,” she said. “On Christmas Eve, we used to go to my girlfriend’s — she cancelled that.”

Louise Krizer, another Leon’s customer, said she’s upset because her family won’t be able to get together as normal. She’s keeping the decorations to a minimum because she won’t be hosting like she often does.

“I’m not doing as much,” she said. “I have an artificial tree, a small one, and that’s about it.”

Bill and Renee Wilson browsed through the trees in the lot at the Leon’s on Elkton Road, but ended up holding off on buying one. Most of the stock was already bought out.

“We might not even get one this year,” Renee said. “Frankly, if I don’t have to put this up and decorate it today, that’s a little bit off my plate.”

Renee works as the music director at her church, and Bill works as a manager at Walmart. Both said they have worked hard this year to keep their communities safe, and will be counting their blessings around this holiday season.

Without kids at home, they aren’t as worried about decorations.

“Our Christmas is just going to be the two of us at home,” Bill said. “We already had a Christmas dinner in our family — an unconventional one.”

Unconventional in that they tried to have a small in-person get-together, skirting the limit for gatherings. They would Zoom or FaceTime with friends and family, they added, to share some cheer on Christmas Day.

Still, they figured it was worth a trip to Leon’s, where they normally buy a tree every year.

“Leon’s are great people,” Bill said. “They’re our favorite people to get a tree from.”

For his part, Waite said he would be spending the holiday with just his wife and two daughters, and that they had to cancel travel plans, including going to see his mother. He’ll be working right up until Christmas Eve, as well as a few days a week in the weeks following, when customers can come browse house plants, flowers and other less seasonal decorations.