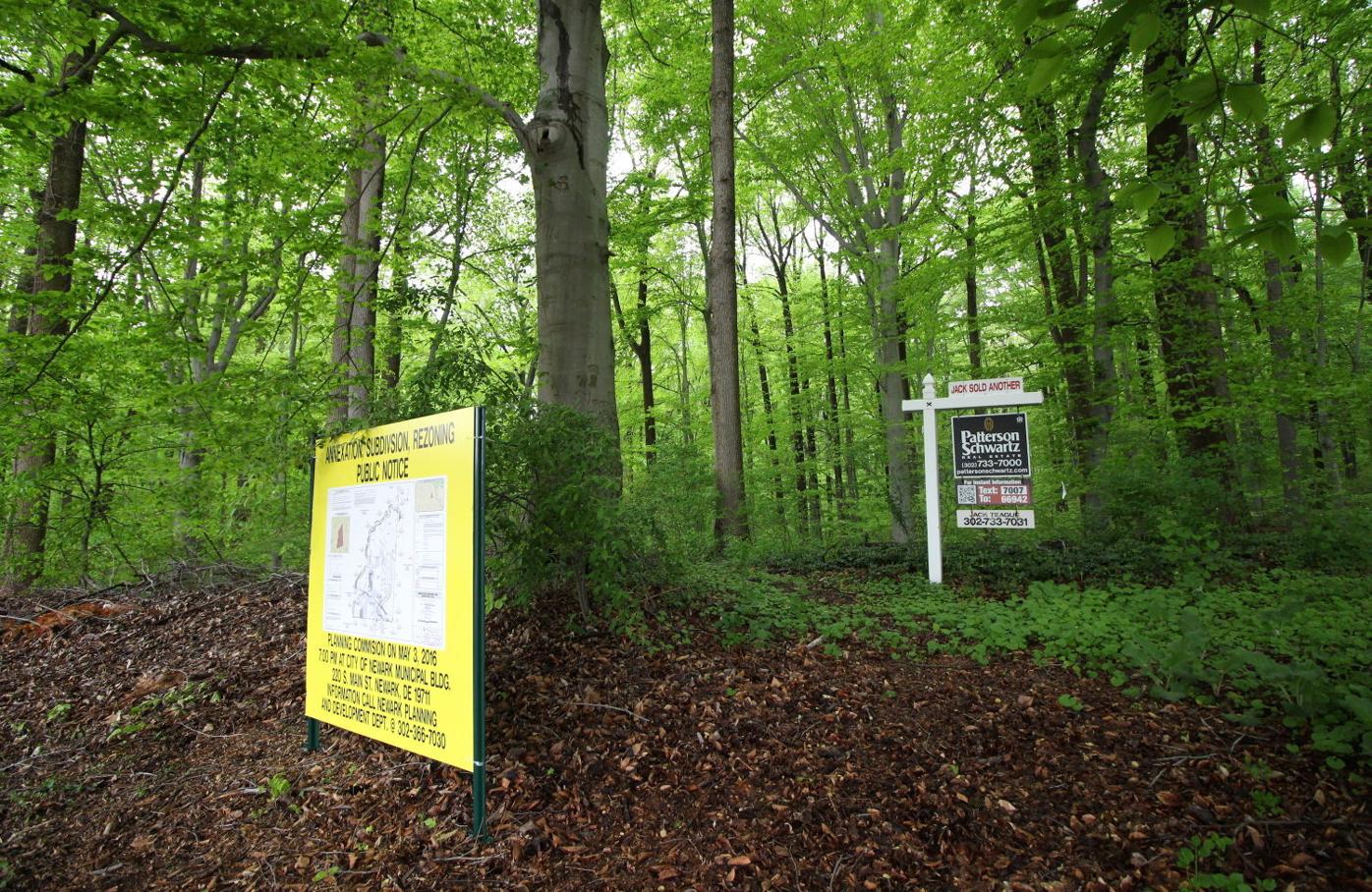 The city has agreed to annex this 5.5-acre wooded lot adjacent to Fairfield. A Wilmington couple is purchasing the land and plans to divide it into two lots for single-family homes. 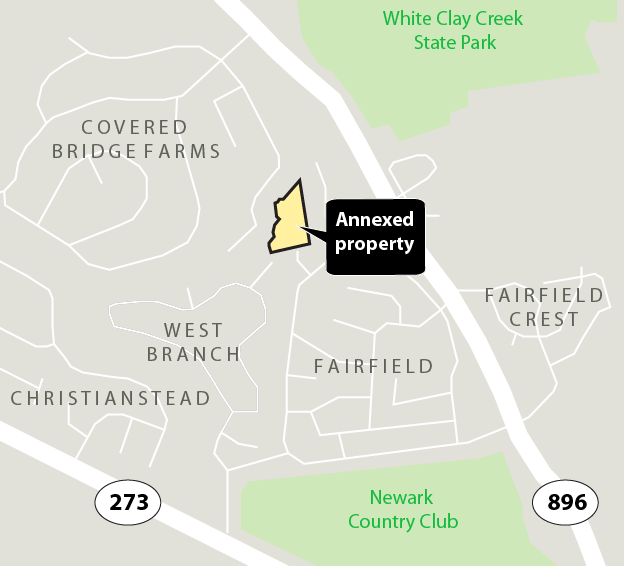 This map shows the Darien Road property annexed into Newark on Monday.

The city has agreed to annex this 5.5-acre wooded lot adjacent to Fairfield. A Wilmington couple is purchasing the land and plans to divide it into two lots for single-family homes.

This map shows the Darien Road property annexed into Newark on Monday.

A Wilmington couple’s dream to build their home on a wooded lot near Fairfield is coming true.

On Monday night, council agreed to annex the land – previously part of Covered Bridge Farms in New Castle County’s jurisdiction – into the city in order to give David and Eileen Hall access to the city’s sewer system for their new home. The vote passed 6 to 1 with Councilman Stu Markham in opposition.

The Halls are seeking to buy the 5.5-acre property at 0 Darien Road, which is one of three adjoining parcels owned by the estate of Howard Arnold. Arnold and his wife, Anna, had a house on one parcel and left the rest of the land, including the 5.5 acres in question, as woods.

The Halls want to subdivide the property and build their home on 4.25 acres, leaving the remaining 1.25 acres for the future construction of a second single-family home, but nearby residents don’t want to see it developed at all.

During an emotional planning commission meeting in May, neighbors expressed concern about the impact on their properties and the animals that call the woods home. One Fairfield resident complained about seeing the Hall’s proposed driveway from his house, instead of the trees and flowers he is used to, while other neighbors said they enjoy taking walks on the wooded property.

“We’re not trying to be NIMBYs, but this is a very special piece of property,” said Stamford Drive resident Douglas Gordon.

On Monday, council reviewed the plans, and the Halls took the opportunity to address some of their neighbors’ previous concerns.

David Hall said building his house and a driveway running from Darien Road in Fairfield will require crews to cut down approximately 65 of the nearly 400 trees on the site. He has consulted with arborists to design his plans to affect as few trees as possible and promised to preserve what he can to give his neighbors privacy and keep the woodland intact.

“I think everybody that knows this parcel is attracted to the beauty of it, the natural state of it,” Eileen Hall said.

As for the loss of view, she said they are planning a one-story home with a walkout basement and underground utilities. They will also create a wildflower meadow on a portion of 1.25-acre back parcel to improve the wildlife and bird habitat.

Furthermore, the Halls are voluntarily deed restricting the property to two RH-zoned lots to allow only one single-family detached dwelling per lot and agree not to build any structures within 35 feet of the eastern/southern property line for a period of 10 years. Any future changes to the zoning will require applicants to get approval from council.

Eileen Hall said deed restricting the property was important to the residents who previously opposed the project.

Councilman Mark Morehead asked the Halls if they would be willing to extend the deed restriction to protect the property longer than 10 years.

“I’m deeply concerned about the future,” he said, but the Halls were not on board. They said they want flexibility in case they need to sell the land later on.

Councilwoman Jen Wallace was in favor of bringing the parcel into Newark so that the city can have some say in how it is developed, as opposed to it being in the county.

“I see this as the best case scenario for this property, and I also appreciate the future owners’ willingness to be so understanding of the neighbors,” she said.

--One Fairfield resident complained about seeing the Hall’s proposed driveway from his house....while other neighbors said they enjoy taking walks on the wooded property.....about the impact on the animals that call the woods home.---- SIMPLE ANSWER: YOU DON'T OWN THE PROPERTY !!! YOU'VE BEEN TAKING WALKS ON AND LOOKING AT PRETTY FLOWERS AND PRETTY TREES THAT IS NOT YOURS !!