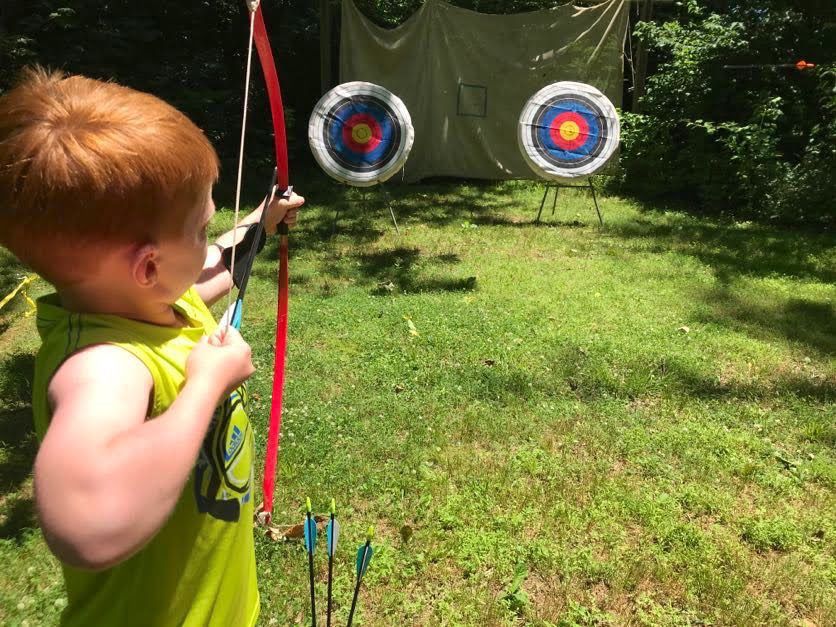 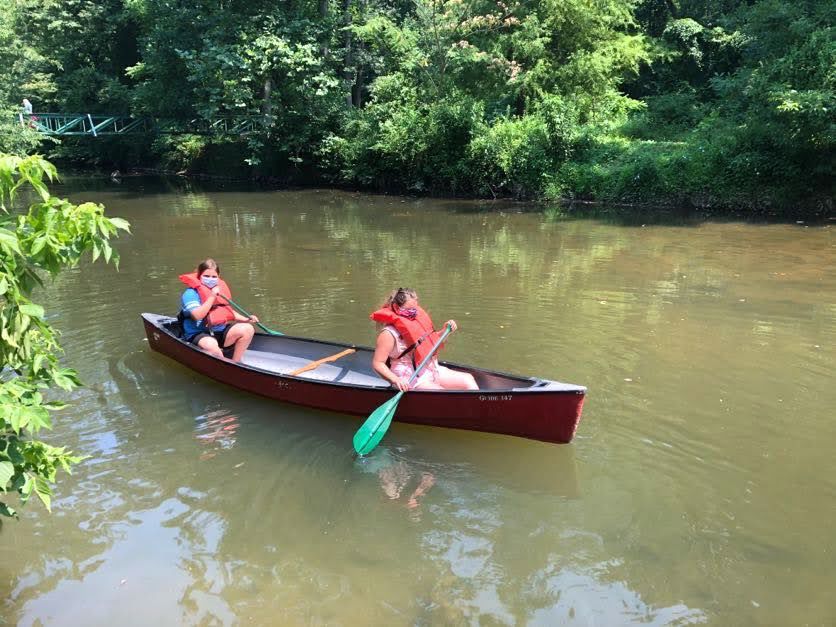 Campers paddle a canoe in the Christina River at Rittenhouse Day Camp. 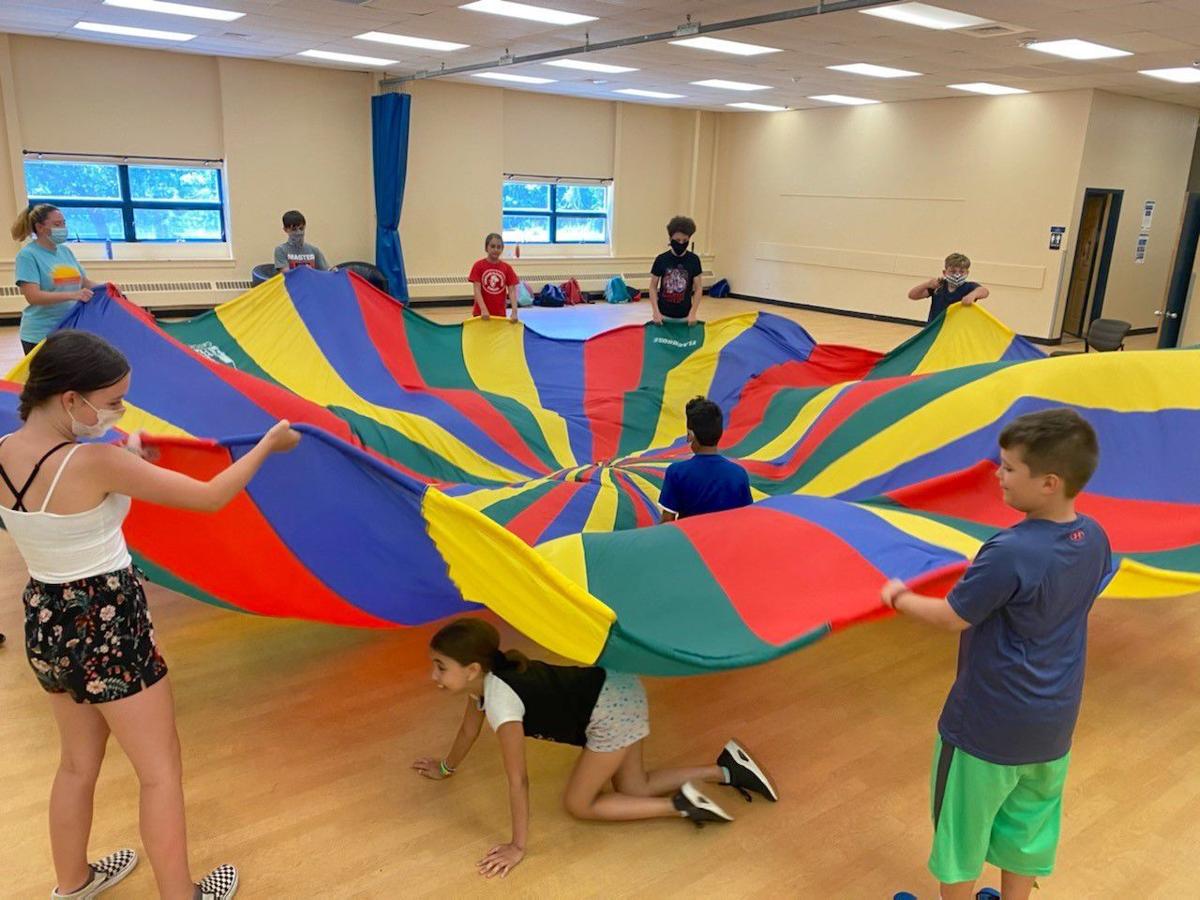 Campers play with a parachute at Camp GWC, held in the George Wilson Center. 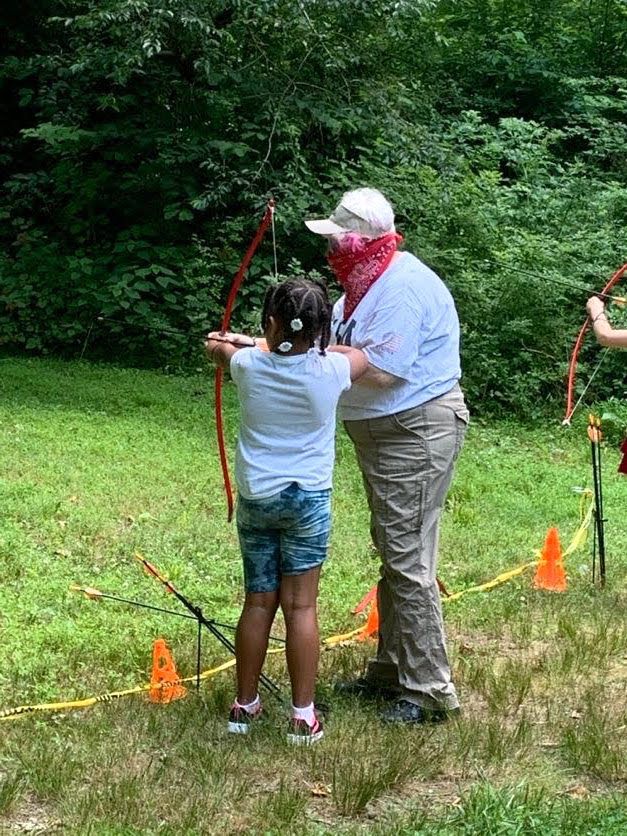 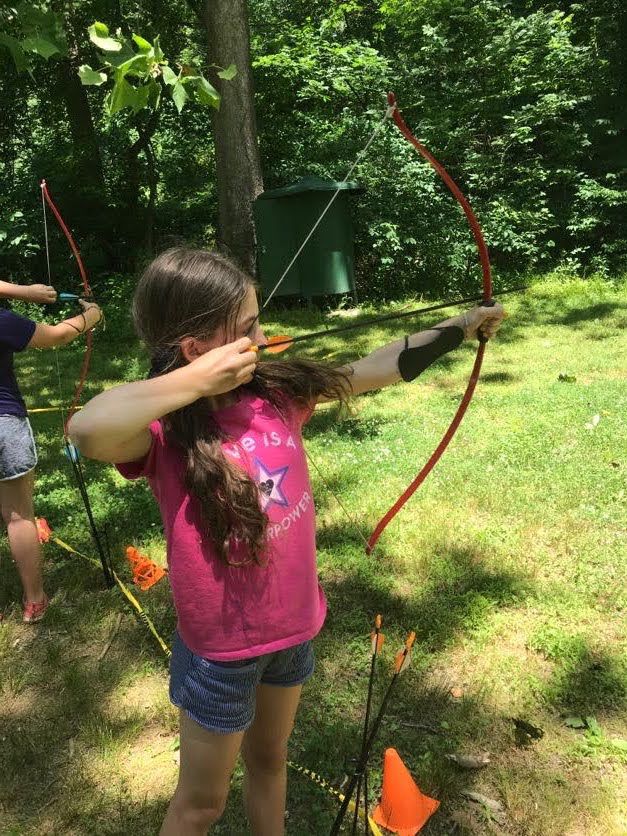 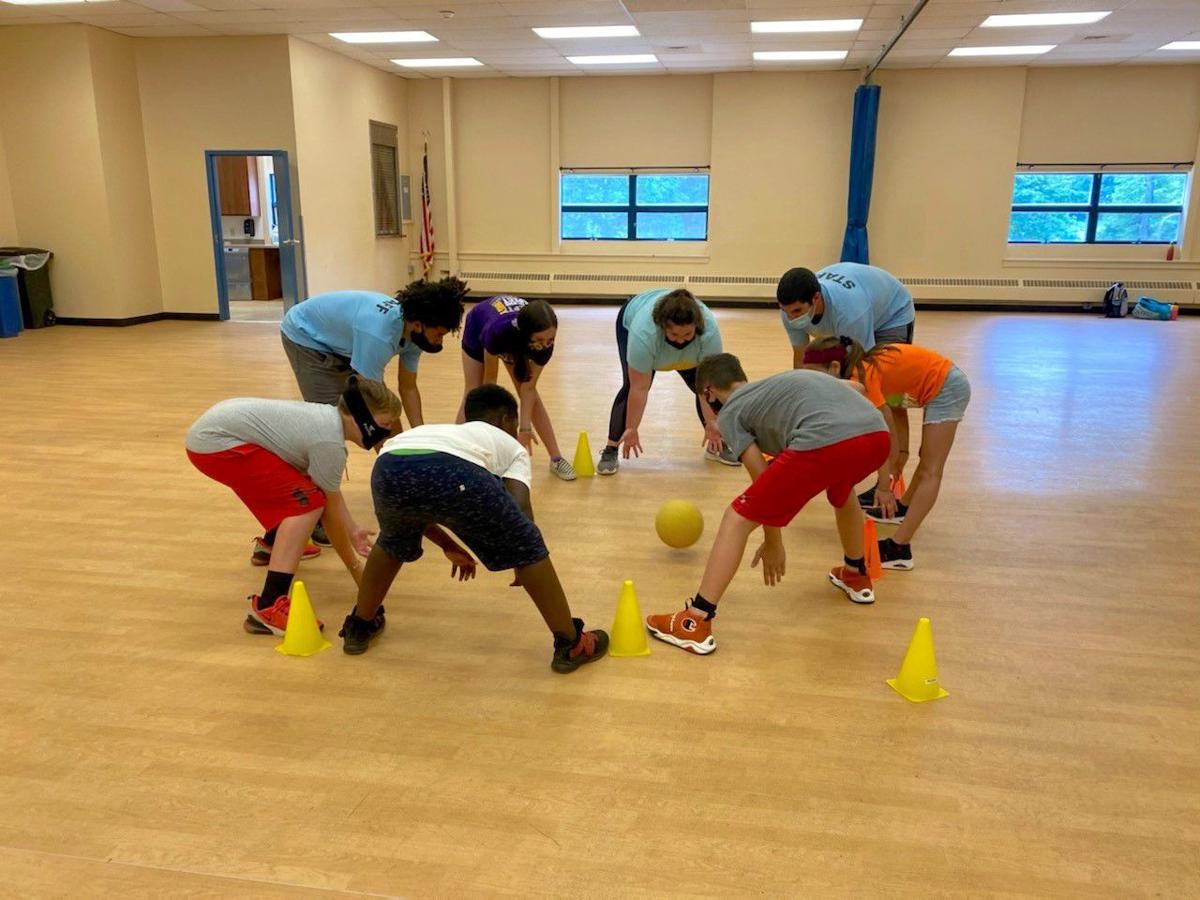 Campers play a game at Camp GWC, held in the George Wilson Center. 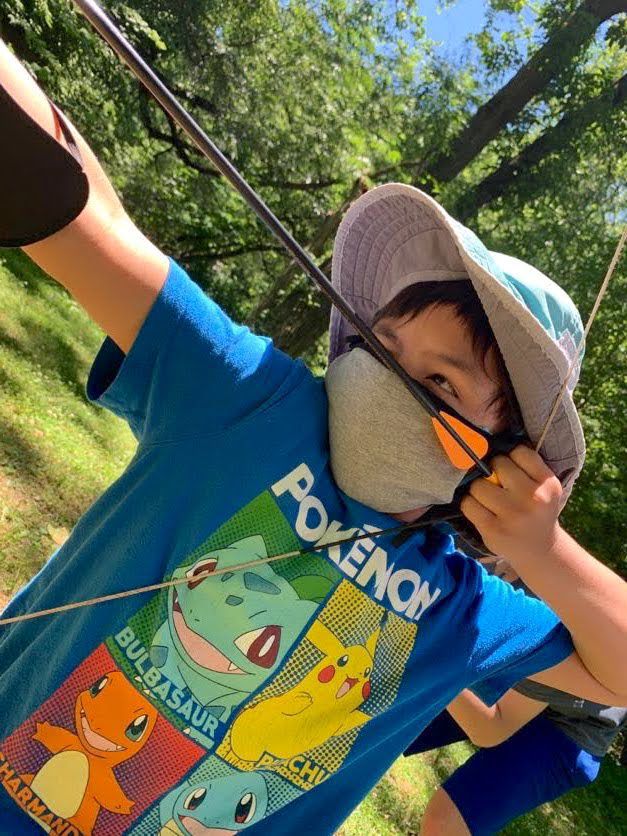 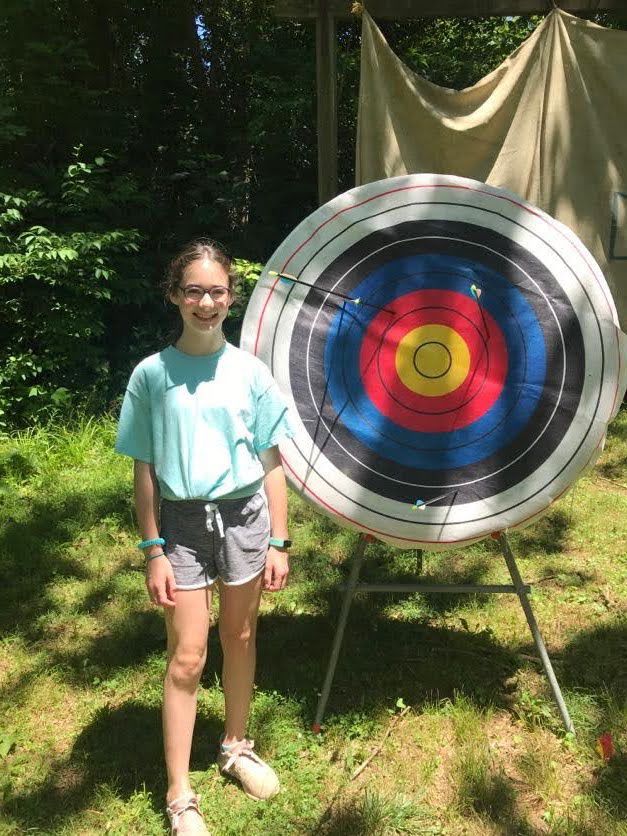 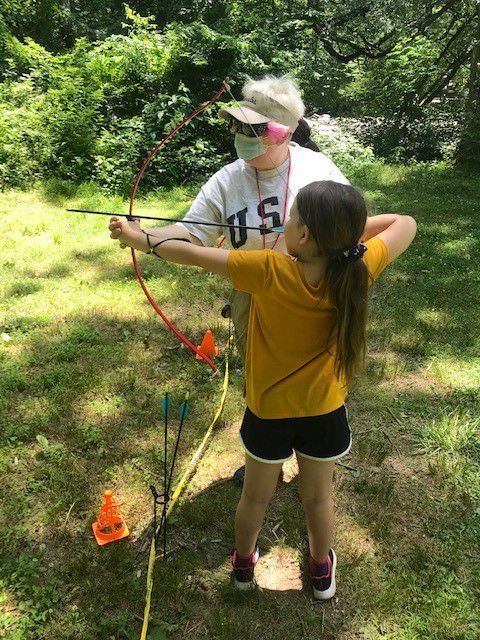 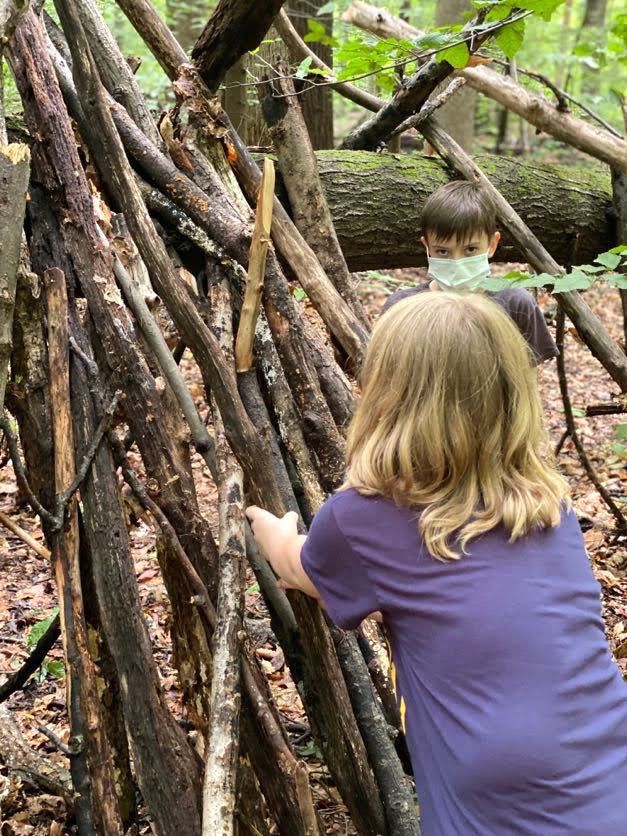 Campers play in the woods at Rittenhouse Day Camp.

Campers paddle a canoe in the Christina River at Rittenhouse Day Camp.

Campers play with a parachute at Camp GWC, held in the George Wilson Center.

Campers play a game at Camp GWC, held in the George Wilson Center.

Campers play in the woods at Rittenhouse Day Camp.

A group of kids splash around in the cool waters of the Christina River, getting a break from the hot July sun. Another group paddles canoes under the Rittenhouse Park footbridge, while yet another practices archery on the river bank.

It’s an idyllic scene, one that harkens back to the simpler times of yesteryear. In fact, Newark’s Rittenhouse Park, nestled in the woods off West Chestnut Hill Road, has been home to Rittenhouse Day Camp or a similar program every summer since the 1950s.

The only differences this year are the face masks worn by staff members and some campers and the bottles of hand sanitizer strategically positioned around the camp – ever-present reminders of the strange times we’re living in.

Since the pandemic forced things to shut down in March, most of the parks and rec programming has either been canceled or moved online.

However, after the state began allowing summer camps to open in late June, the department decided to go ahead with Rittenhouse Day Camp, as well as Camp GWC, a day camp that meets at the George Wilson Center. Both camps, which began June 22, will run through August.

This week marked the opening of Camp REAL, a free camp for kids in the neighborhoods surrounding Dickey Park.

“When all of these mandates and these new guidelines came out, we spent a lot of time going through all of them and saying what can we do?” Ennis said. “The No. 1 priority for us is the safety of our campers and our families that are involved with the programs, and our staff.”

Campers and staffers are required to wash their hands or use sanitizer at least once an hour, and frequently touched objects are sanitized regularly.

Rittenhouse Day Camp would normally use a local school as a rainy day location, but with schools closed, the camp is canceled during inclement weather. Camp GWC is mostly outside, though campers do use the George Wilson Center, with social distancing procedures enforced.

Field trips are limited to places within walking distance or virtual “tours” of places like the police station or firehouse.

Attendance at the camps has been down this year, though there is still time for families to sign up at newarkde.gov/play.

“We understood that going in, that we’re going to try to provide what we can and make it as safe as we can, but everyone is still going to have their level of comfort of how they feel about whether they want their children to participate in the camps. We understand that,” Ennis said.

A few of the one-week specialty camps planned for this summer are still happening, such as Safe Kids Camp and golf camp. Others, like theater camp and a few art camps, are being conducted virtually.

However, a number of camps were canceled because either the instructor didn’t feel comfortable moving forward or it wasn’t feasible to abide by the state guidelines.

Meanwhile, Ennis said the city plans to open the swimming pool at Dickey Park next week at 60 percent capacity. Masks will be required on the pool deck, and an additional employee will be on hand to monitor compliance and handle frequent cleaning.

The free pool will be open to the public Tuesday through Saturday from 1 p.m. to 5 p.m. Children under the age of 10 must be accompanied at all times by a responsible person 16 years of age or older. A certified lifeguard will be on duty.

The pool at the George Wilson Center will remain closed this summer due to concerns about pool users sharing the same bathrooms used by Camp GWC.