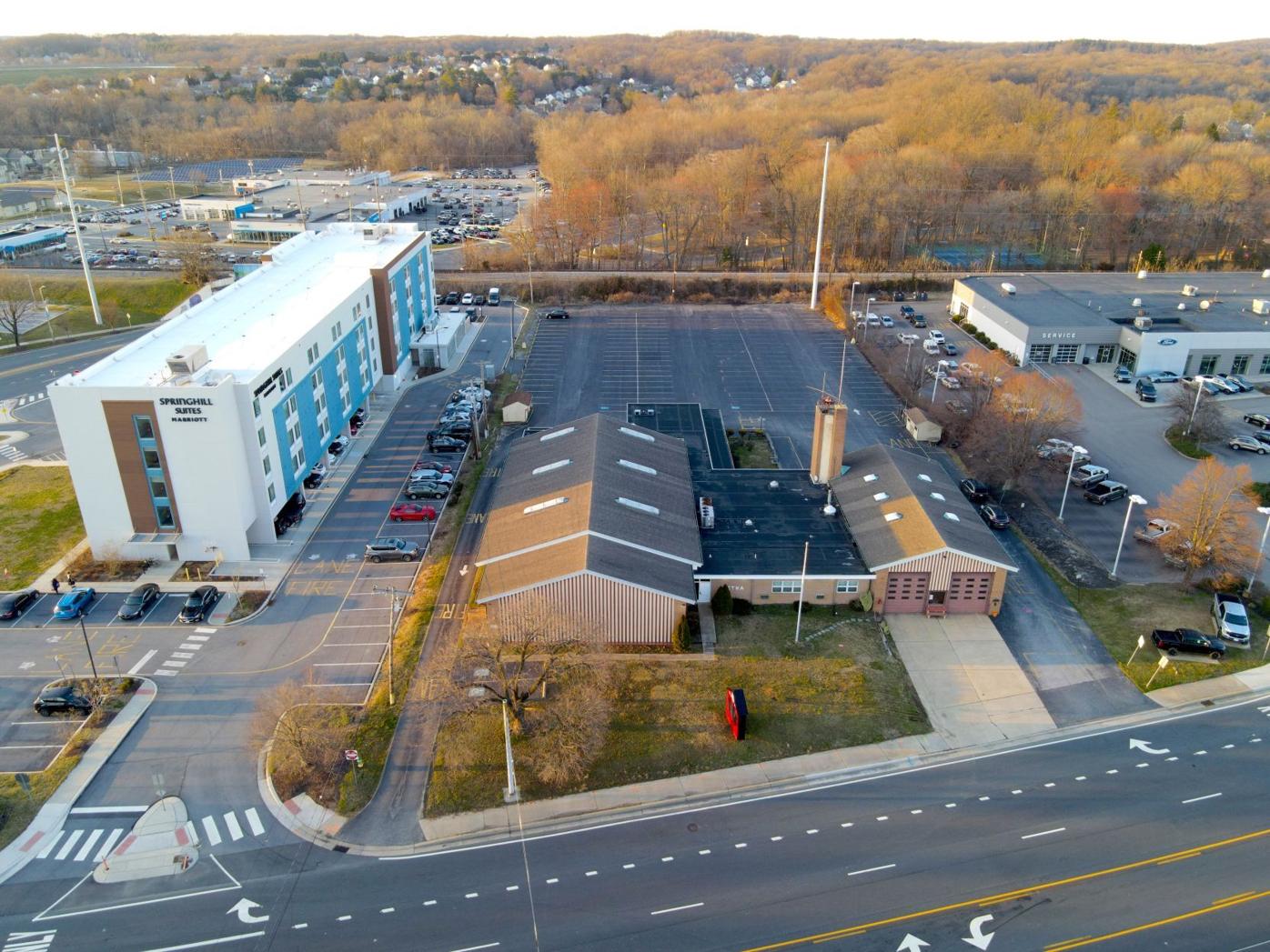 A Chick-fil-A is planned to replace the Aetna fire station on Ogletown Road. 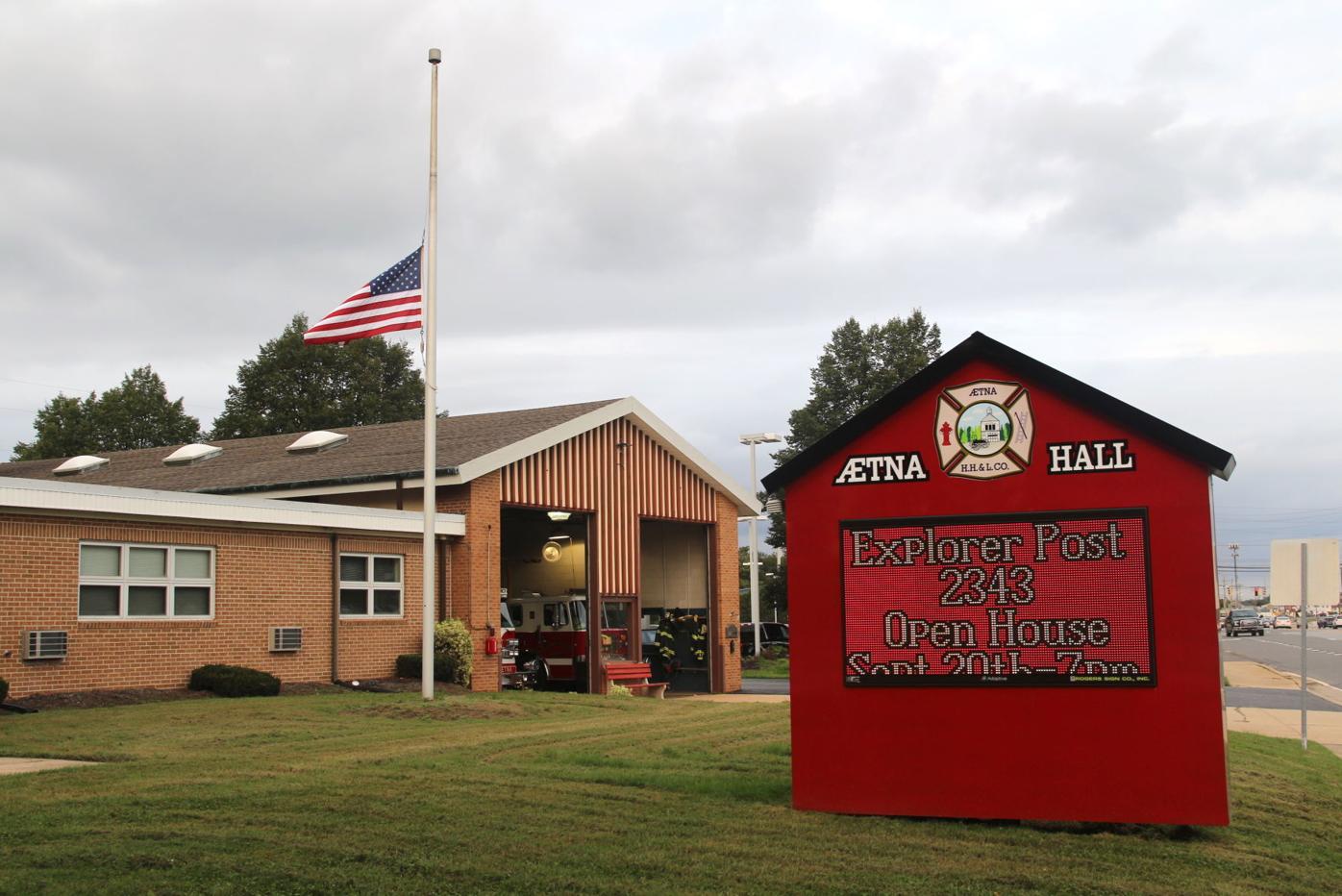 A Chick-fil-A is planned to replace the Aetna fire station on Ogletown Road.

Chick-fil-A is eyeing the site of a former fire station on Ogletown Road, according to plans filed recently with the City of Newark.

The project is slated for 410 Ogletown Road, which is currently home to Aetna Hose Hook and Ladder Company’s Station 8 and banquet hall. The station closed last year as part of the fire company’s plan to consolidate its operations and eventually build a new station somewhere else.

Chick-fil-A is proposing to tear down the fire station and replace it with a 5,100-square-foot, 94-seat restaurant, along with a two-lane drive-thru and a small outdoor seating area. The drive-thru will have two covered areas for placing orders and receiving food.

The main entrance and exit will be onto Ogletown Road, however the plans show a connection to the adjacent SpringHill Suites parking lot, which will allow Chick-fil-A customers to cut through the hotel property to enter or exit via Capitol Trail.

Chick-fil-A restaurants are known for drawing large crowds to their drive-thru. The eatery’s traffic jams have even prompted a lawsuit in Toledo, Ohio, where neighboring businesses filed suit last year, claiming the long lines are blocking access to the other establishments.

The plans are preliminary and will require city council to approve a special-use permit to operate a fast-food restaurant.

"While we are still early in the process, Chick-fil-A is happy to share that we are actively pursuing a new location in Newark," the company said in a prepared statement. "We look forward to working through the approval process with the City of Newark and are excited by the prospect of joining this community. We hope to have the opportunity to serve new guests delicious food in an environment of genuine hospitality."

The restaurant would be the sixth Chick-fil-A in this area, joining ones in the University of Delaware’s Trabant University Center food court, near Christiana Hospital, at Christiana Mall, in Governor’s Square Shopping Center in Bear and on Route 40 just over the state line in Elkton, Md.

If approved, construction of the Chick-fil-A would continue the transformation of the Ogletown Road/Capitol Trail intersection, which began with the opening of the SpringHill Suites in 2018. Meanwhile, the developer of the hotel property is still seeking a tenant for a restaurant that has been approved for next to the hotel.

The future of the Aetna property has been the subject of speculation since the fire company announced in 2018 that it had reached an agreement to sell the station to a local developer, whose identity has not been publicly disclosed due to a confidentiality agreement.

Built in 1963, the station outlived its useful life and would have needed expensive repairs. It closed last August, and Aetna transferred the station’s personnel and equipment to its other three stations.

Meanwhile, Aetna is working on plans for a major overhaul of its facilities. It studied several possibilities, including expanding one or two of the existing stations or building a new one somewhere else.

An Aetna spokesman said last fall that the consensus seems to be combining Station 8 and Station 9 in a new location, but exactly where has yet to be determined. Station 9 on Academy Street was built in 1923 and is in need of repair as well.

A study commissioned by Aetna proposes that the department partner with a local developer to build a mixed-use facility that would include a new fire station as well as apartments and/or a parking garage. That would reduce Aetna’s costs and also provide space to expand the department’s live-in program, which provides free living space to college students in exchange for them working as firefighters.

Aetna could also partner with UD to include space for UD’s student-run ambulance service in the new station.

The fire company does not plan to replace its banquet hall.

The exact plans are still being worked on, but Aetna plans to invest $12 million in facilities and equipment over the next five years.