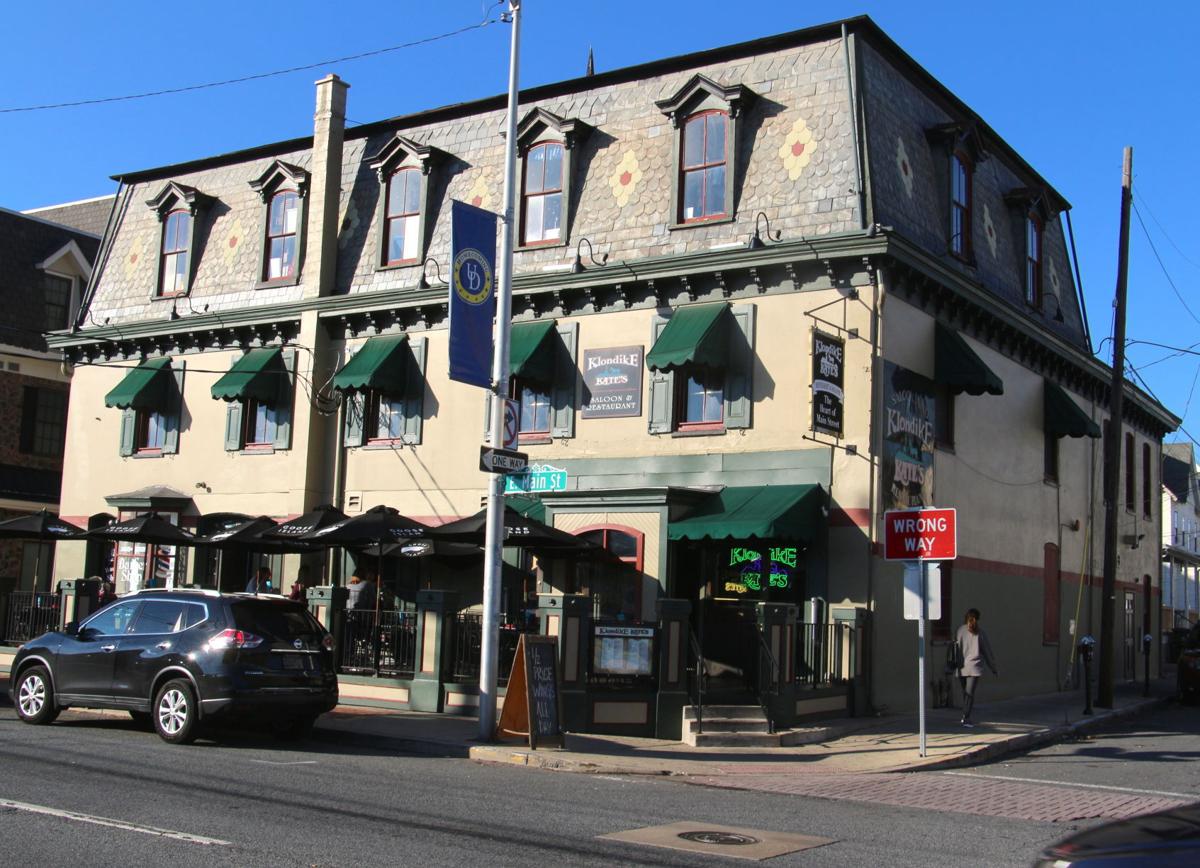 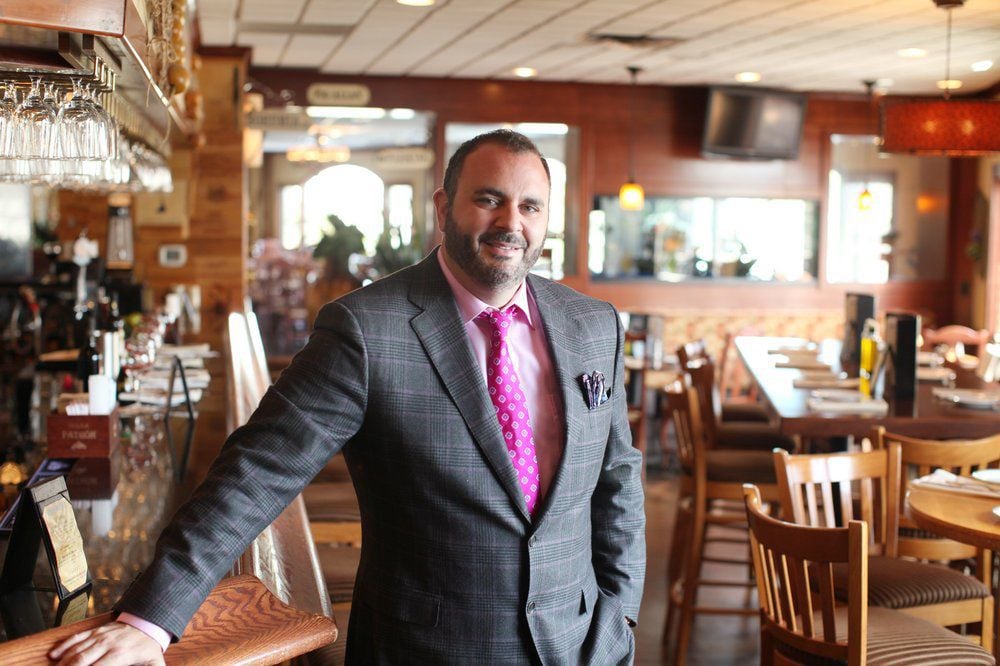 Gianmarco Martuscelli is a busy guy whose phone is rarely silent, but this week has been something he's never experienced before.

The owner of the Chesapeake Inn Restaurant & Marina in Chesapeake City, Md., has been inundated with well wishes from friends, employees and customers congratulating him on the purchase of Klondike Kate's this week.

“I've never seen this kind of outpouring before,” he said Wednesday. “Working in the restaurant business is hard and sometimes you wonder, 'Is this worth it?' But hearing what I've heard this week reassures us of our decision.”

The five-month negotiation and sale of the 260-seat restaurant at 158 E. Main St. in Newark was finalized on Monday, but Martuscelli said he had some difficulty keeping the news under wraps until then. Word quickly spread through the restaurant industry when Delaware's Office of the Delaware Alcoholic Beverage Control Commissioner sent out a notice a few weeks ago that Kate's liquor license was being transferred to Martuscelli Restaurant Group, his family's business which also includes La Casa Pasta off South College Avenue near Newark.

Martuscelli and his wife, Gilda, bought Kate's from businessman Alan Burkhard, who's also a Chesapeake City resident. Burkhard, who bought Kate's in 2005, was looking to divest his interests as he fully enters retirement, Martuscelli said. The Newark Post was unable to reach Burkhard on Thursday.

“In talking with Alan, he was very helpful and honest,” he said. “They were open with their numbers, and we felt we could help them improve by reducing costs.”

The purchase price was not disclosed, but property records indicate Martuscelli paid $2.2 million for the building and the land it sits on.

Martuscelli said the economy of scale by incorporating three businesses into his orders with vendors will help keep his prices lower.

“The costs of doing business today are always increasing and you have to do what you can to keep prices stable,” he said.

Martuscelli said that he's been approached numerous times over the years to expand to new locations and was close to agreeing to deals before, but the landmark status of Kate's and its favorable grandfathered position in relation to the city of Newark's liquor laws made this deal the best possible investment yet.

“I still think about some of those opportunities, but there's a lot of risks today and a lot of good competition,” he said. “You don't know what the market wants sometimes. So when the Kate's opportunity presented itself, we said, 'OK, can we improve it or this going to be the best it can be?'”

“We went back and forth about it, but in the end we really felt it was a great fit with our group of restaurants,” he said.

An enthusiastic Martuscelli said he saw Kate's as the “yin” to the Chesapeake Inn's “yang,” noting that their seasonal patronage plays directly into each other.

“That was really the key for us, I think,” he said.

Staffing is often dramatically affected when servers, bartenders and hostesses, who work the busy summer months at the Inn, face a slowdown in the winter. Vice versa, however, Kate's sees a slowdown in the summertime after University of Delaware students leave between semesters. Now Martuscelli will be able to move staff between his three restaurants to keep skilled and tenured staff busy all year. He will also be able to better staff the restaurants after local college students return back to campuses starting in August or September.

Martuscelli said Kate's and the Inn also share their target patronage as well, which will help them succeed.

“They kind of mimic each other, because they both have a casual fare with outdoor seating during the day and at night they offer a lot of entertainment with their food,” he said.

Martuscelli said he announced the news to his staff on Tuesday night to dispel any fears of staff consolidation, and was only met with excitement.

“I want the specials to be more of a dine-in than takeout deal,” he said, noting a deluge of takeout orders on Monday's burger night or Tuesday's nachos night backs up the restaurant's kitchen and puts stress on the staff. “That's one thing that we're going to take a look at … because we want the kitchen to be efficient.”

Martuscelli said he will probably scale back Kate's large menu and introduce a few favorite dishes from the family's other restaurants, likely including La Casa Pasta's homemade chicken parmigiana and Chesapeake Inn's crab cakes. He is also is excited to add Kate's to his family's frequent diner program, which allows diners to accrue points by spending money at their restaurants which can be redeemed at any of the three.

One of the few things related to the purchase that Martuscelli hasn't decided yet is cosmetic: whether to keep Kate's iconic tables, which patrons have carved their names into over the decades.

“I've asked a lot of people I know and it's kind of been 50-50 on whether to replace the tables,” he said with a laugh. “If I replace them, I'll probably drill them into the walls so people can see them and reminisce.”

Kate's dates back to 1880, when the current three-story building was built as a public meeting space and post office with the city's jail in the basement — the cells still remain in the cellar. Through the years, it has hosted a pool hall, courtroom, barbershop, a skating rink and movie theater, before becoming the restaurant and bar it is today.

Its name derives from “Klondike” Kate Rockwell, a vivacious dancer who moved to the Yukon during the gold rush and earned the nickname “Klondike Kate, Queen of the Yukon.” She later opened a bar and was well-known for her generosity.

The business' more than two century history made him a little nervous, but Martuscelli said he's prepared to see it live on much longer.

“Kate's is iconic,” he said. “When you think of Newark, there's two or three places you think of that have withstood the test of time, and Kate's is one of them.”

“I just want to clean up Kate's a little bit,” he said. “It needs some tender loving care.”