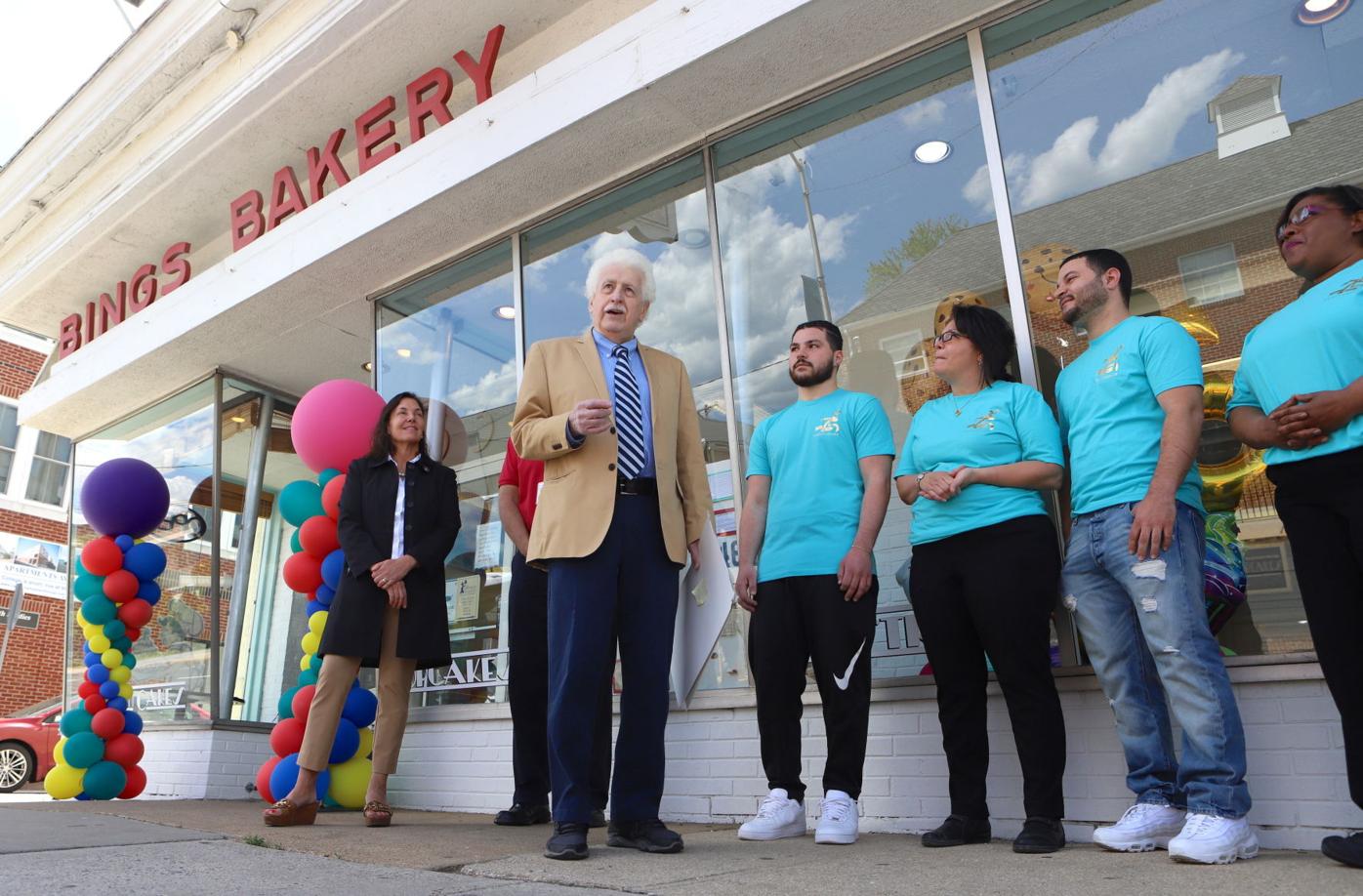 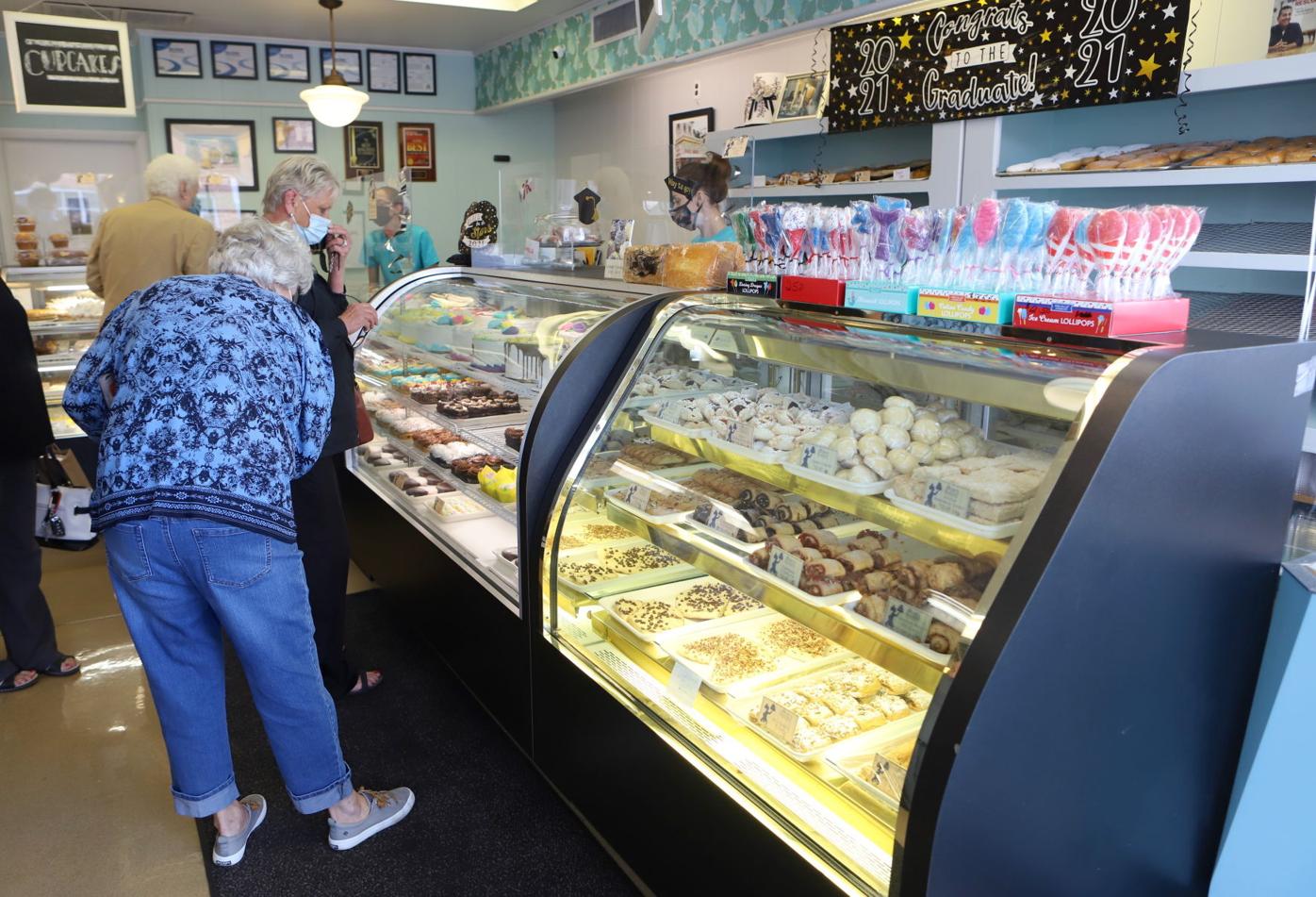 Bing’s Bakery on Main Street is celebrating its 75th anniversary. 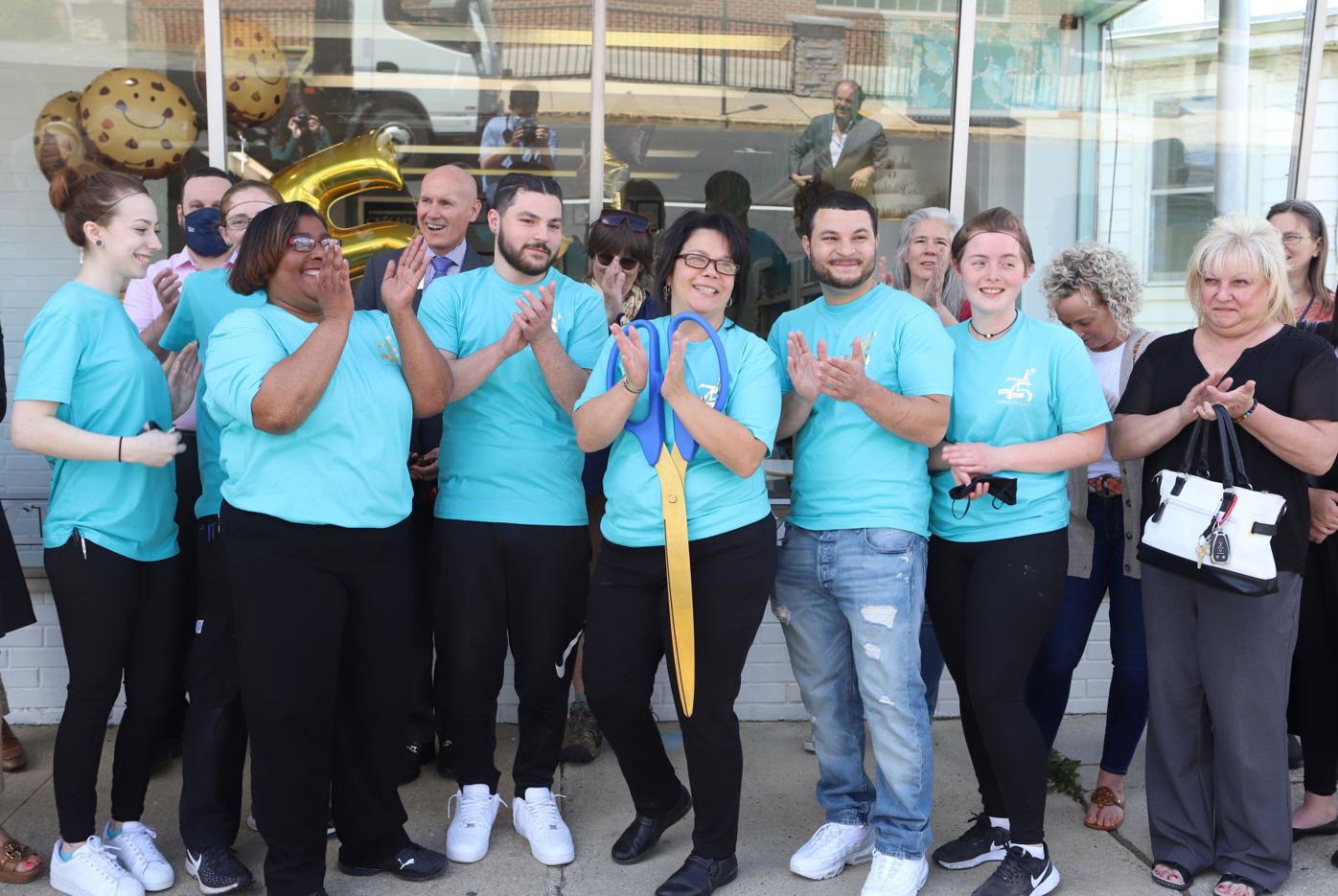 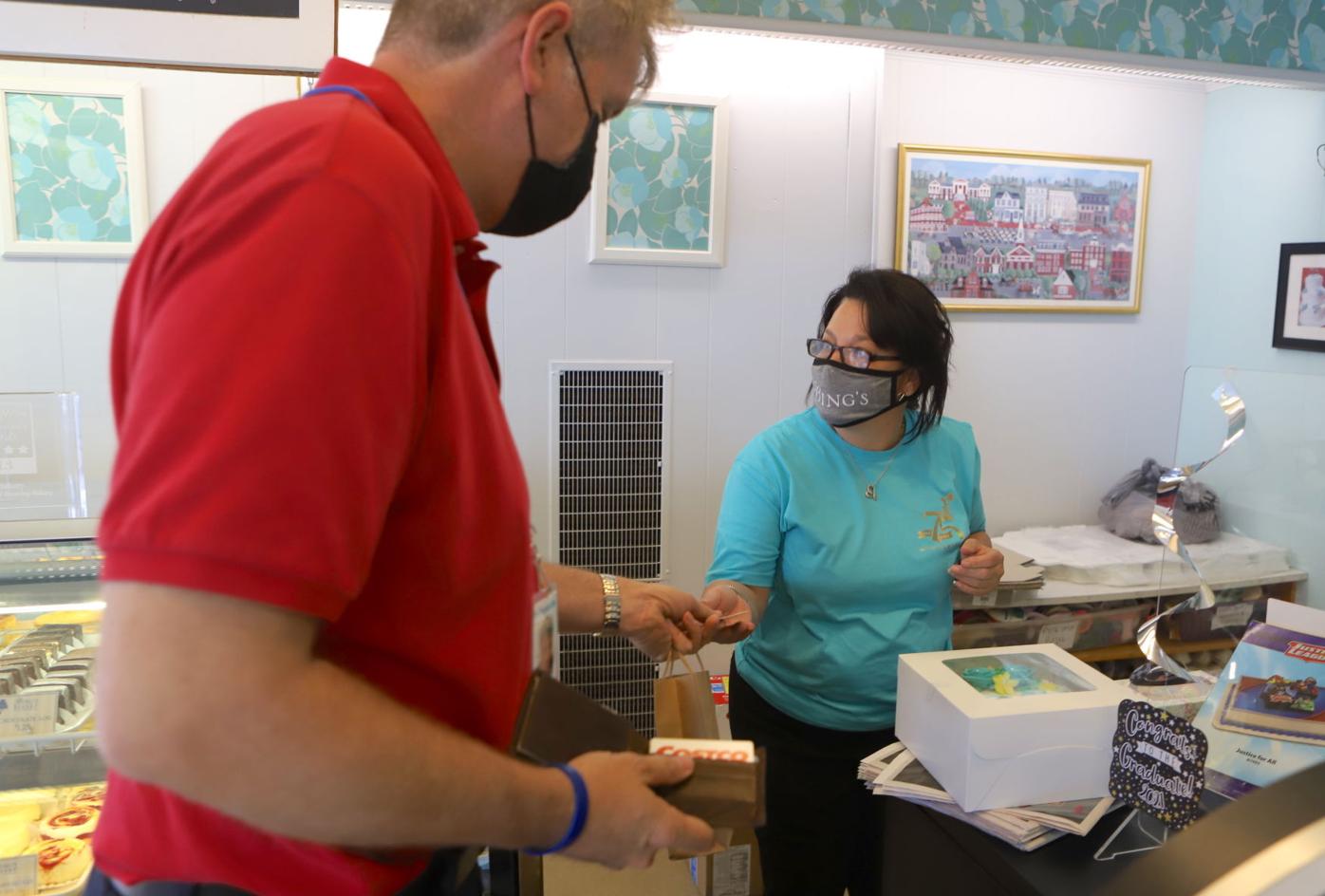 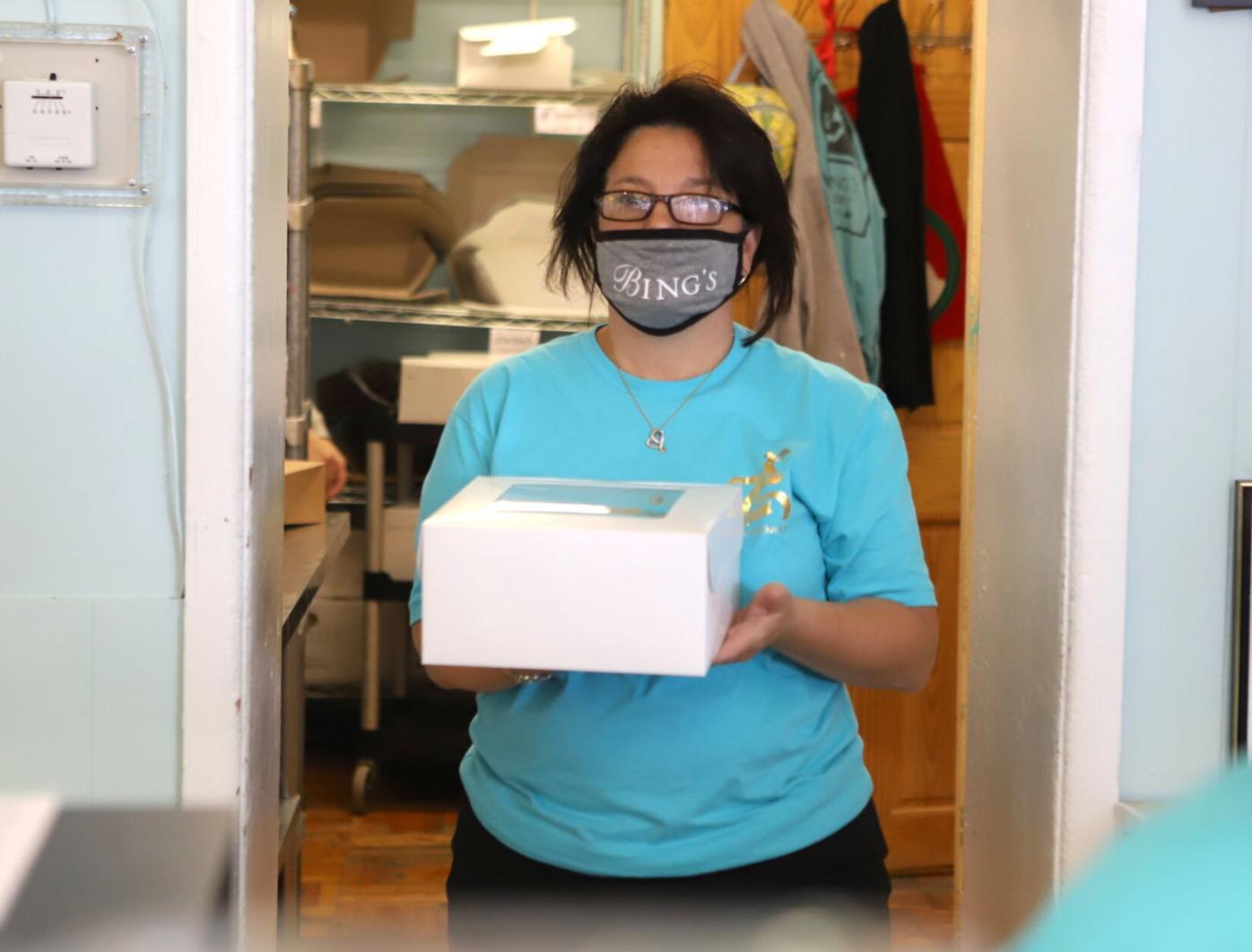 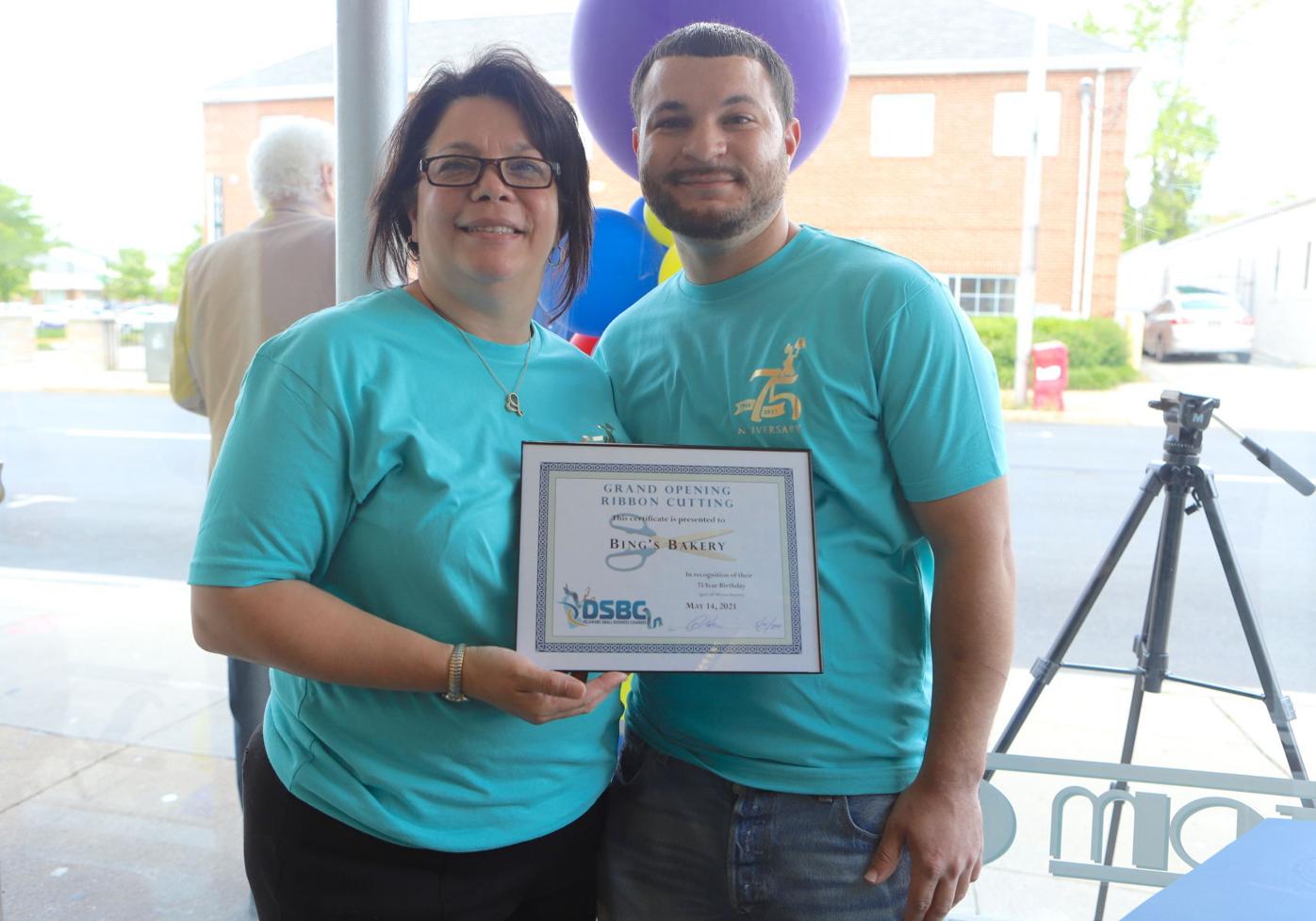 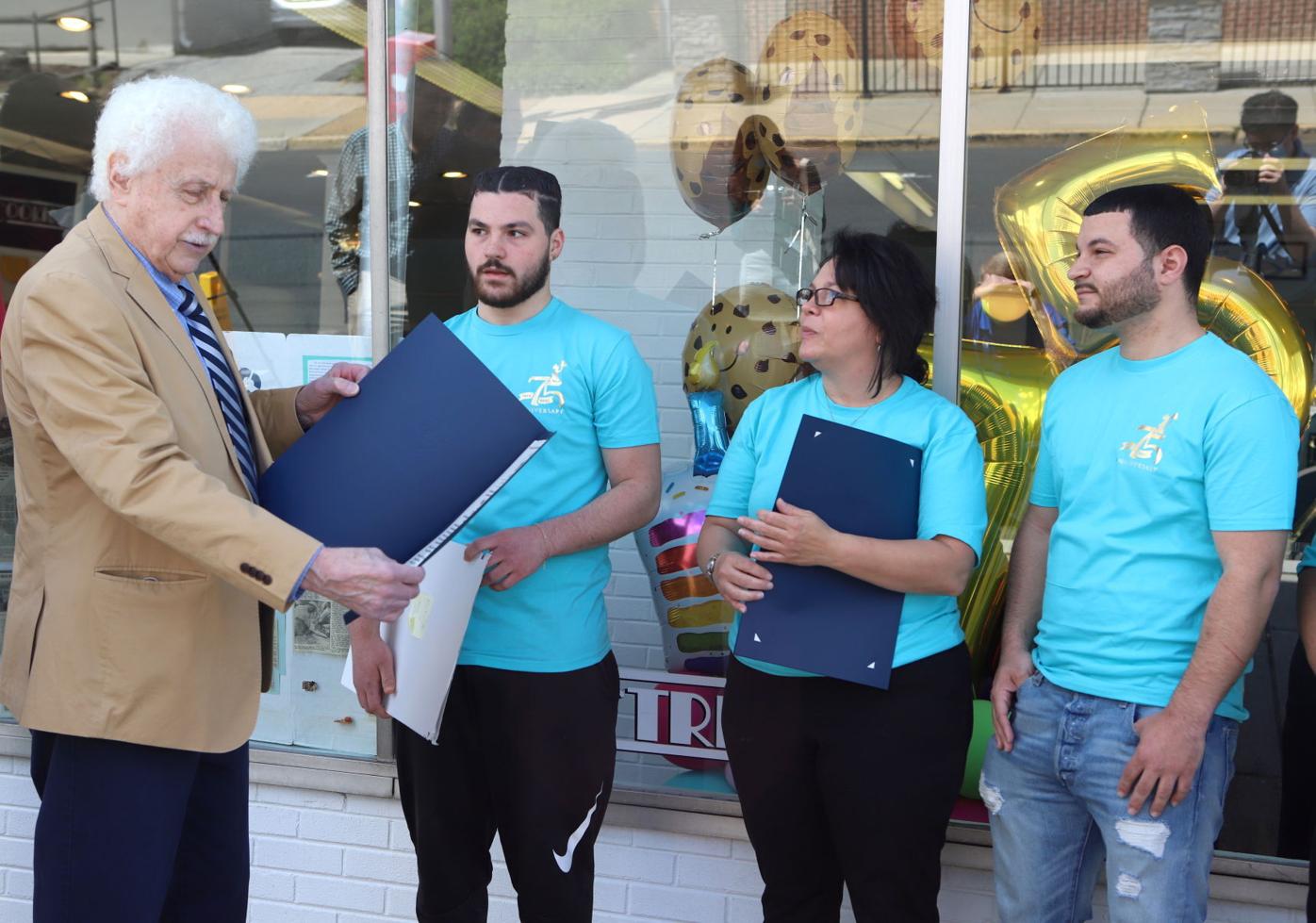 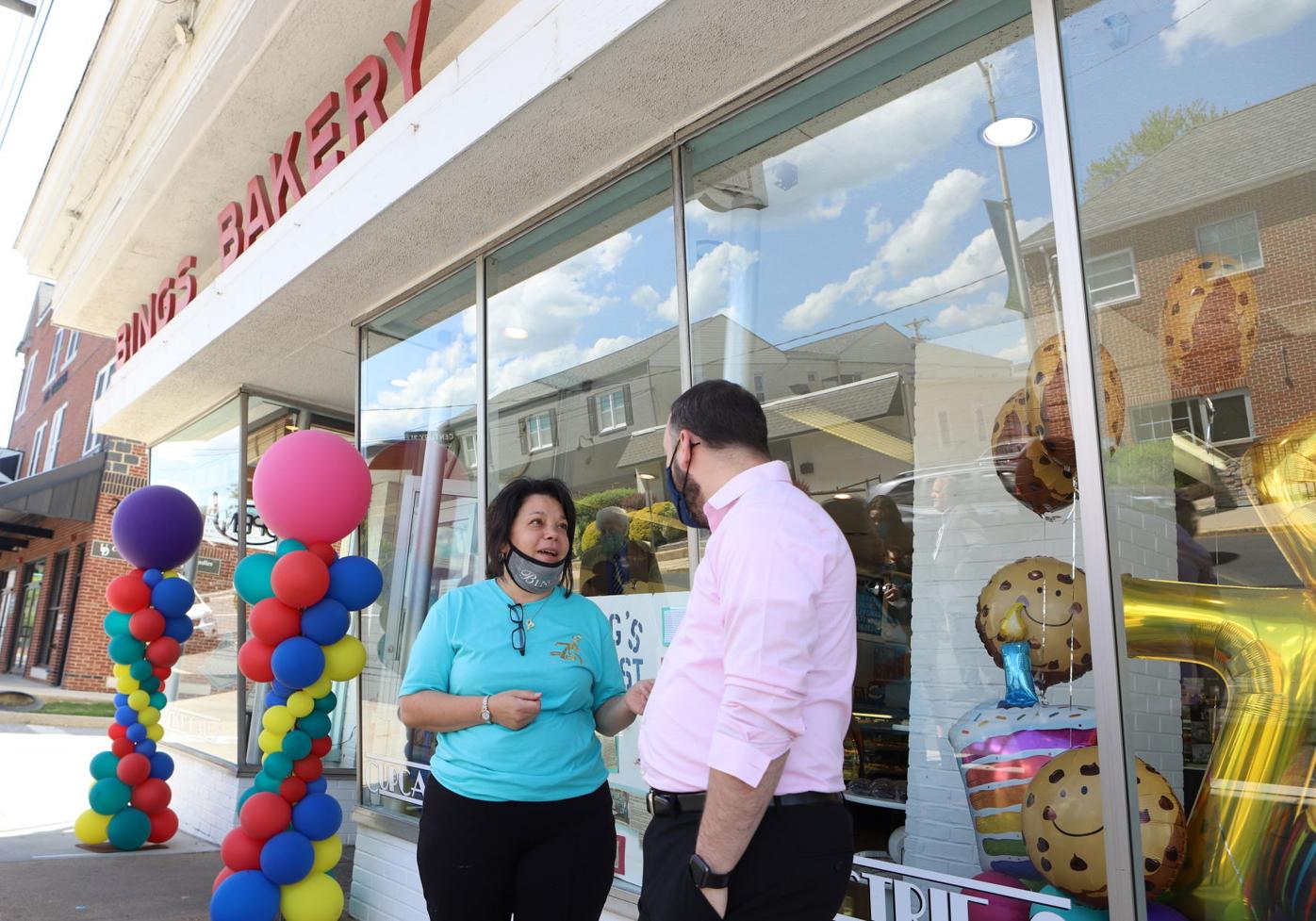 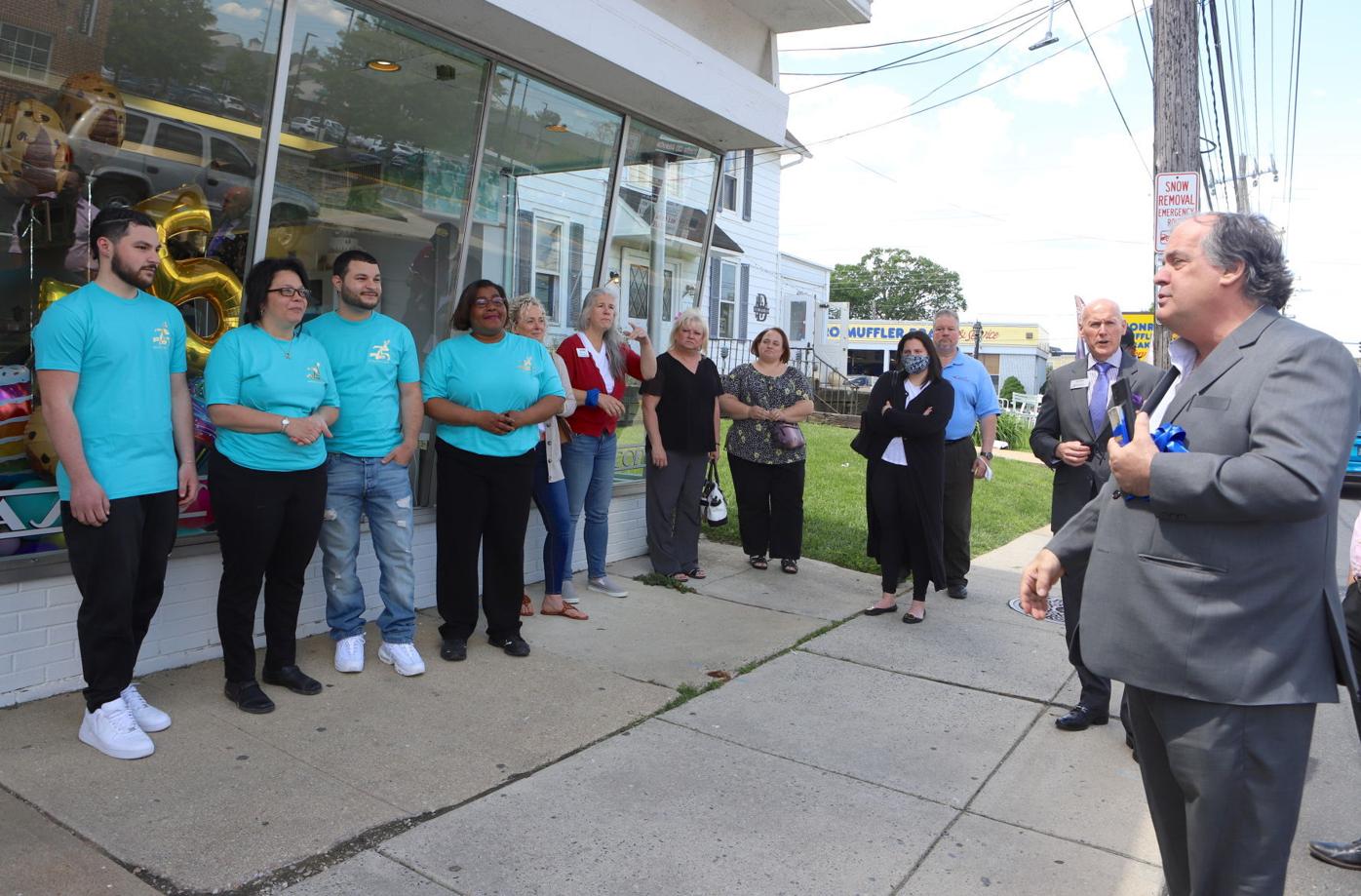 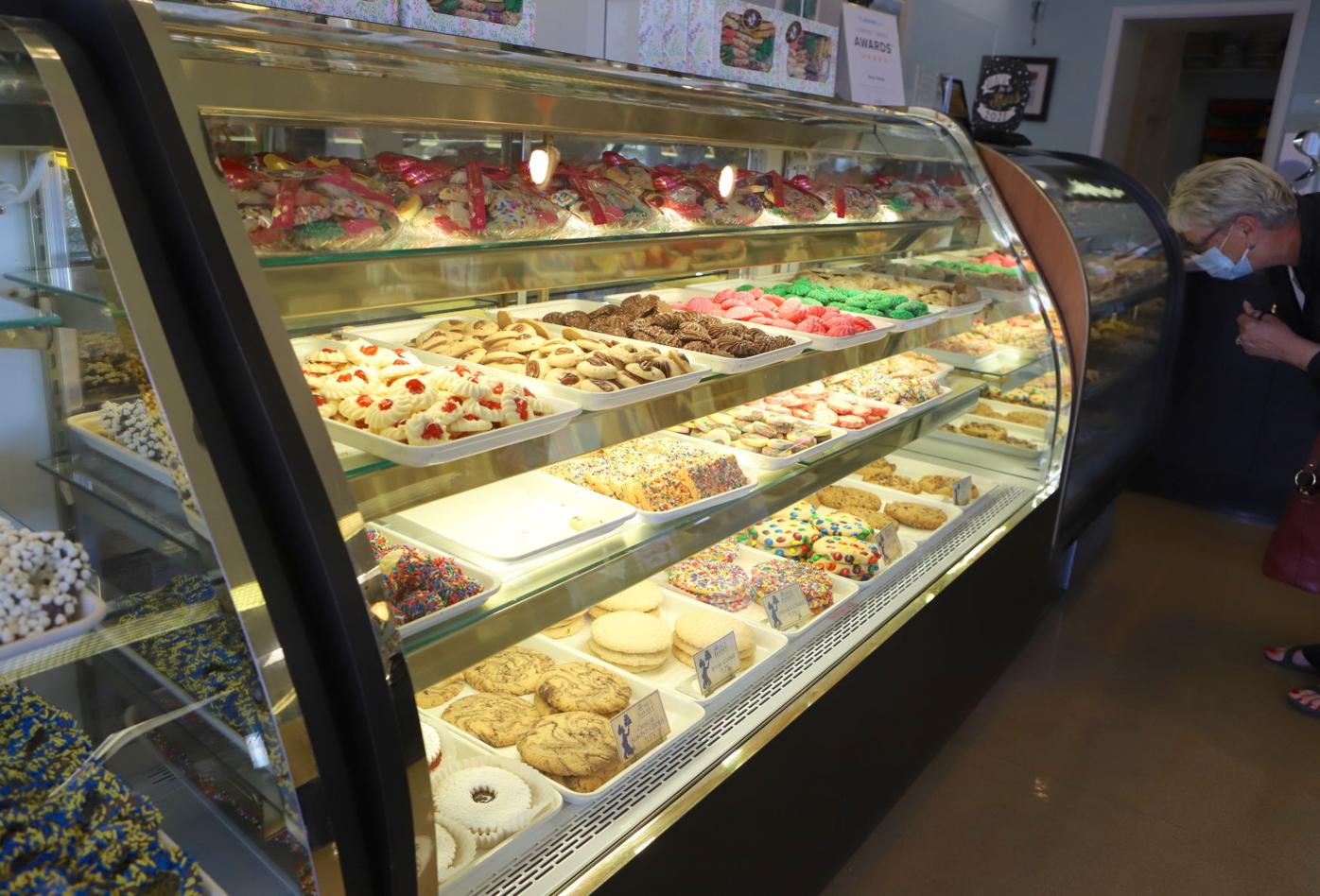 Bing's Bakery on Main Street is celebrating its 75th anniversary. 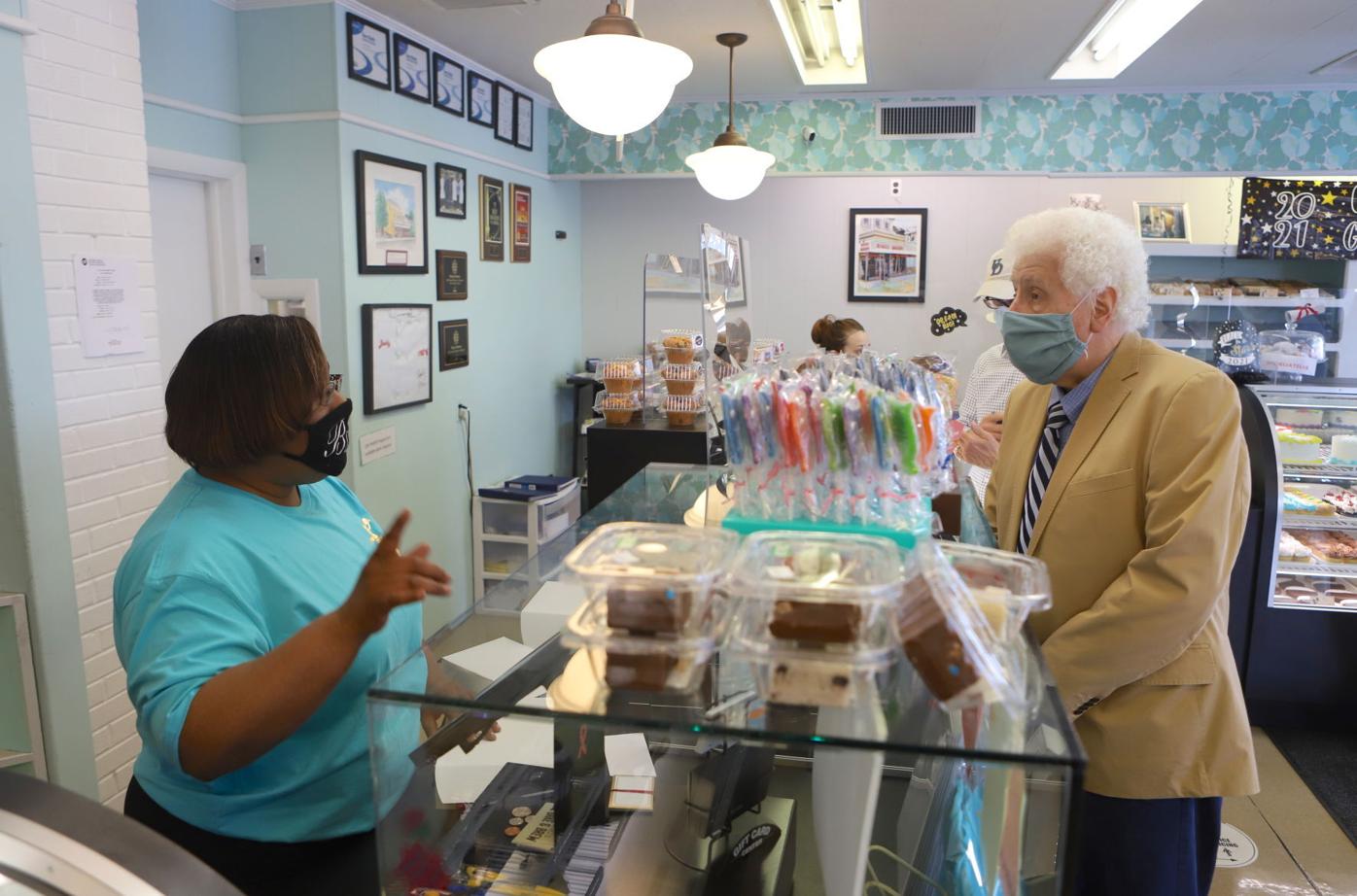 Bing’s Bakery on Main Street is celebrating its 75th anniversary.

Bing's Bakery on Main Street is celebrating its 75th anniversary.

This time last year, with the pandemic decimating countless businesses, Carla Guzzi wondered if Bing's Bakery would be able to hang on.

The bakery changed up its business model, offering curbside pickup and bringing back bread and other products that were in demand. Thanks to its loyal customer base, the venerable Main Street business bounced back better than ever – just in time to celebrate its 75th anniversary this weekend.

“Having come out of 2020, we are so busy right now. We're busier than we were before the pandemic, because people are home and come out to support small businesses,” said Guzzi, who owns the bakery with her husband, Tom. “A lot of large businesses have been okay, like the Amazons and the Walmarts, but for the small businesses, there's a sense of people coming out to help us, and that has been a wonderful feeling.”

Though the Bing’s name dates back 75 years, the business actually has Main Street roots that go back 150 years.

In 1946, Russell and Selena Bing bought Fader’s Bakery and renamed it Bing’s. At the time, it was located at 61 E. Main St., roughly the location of the former California Tortilla. In 1955, Bing's moved to its current location at 253 E. Main St.

The current location was once a parsonage and hosted weddings, Guzzi said.

Russell Bing died in 1979, and Selena continued to run the bakery until shortly before her death in 2006.

Tom Guzzi, a native of Staten Island, N.Y., was hired as a baker at Bing’s in 1996. Nine years later, he and Carla bought the bakery.

“Me and Mrs. Bing had a special relationship,” Tom recalled in a previous interview. “She was a mentor to me.”

However, the name Bing’s almost didn’t carry on. Bing recommended Tom change the name to give the business a “fresh start,” but he recognized the impact of the name and asked her for permission to continue using it.

“It feels amazing to reach 75 years, it really does,” Carla said during an anniversary celebration Friday morning. “We are proud to say we're the longest running bakery in Delaware.”

She said she often hears people express concerns about how downtown Newark is changing but vowed that Bing's isn't going anywhere.

“I'm proud to say that this building is still here, and we don't have plans of knocking it down,” she said. “It's wonderful that we can keep this building here and save that history.”

In recent years, the Guzzis have started to diversify their business. They sell cakes in five local supermarkets and in December 2019, opened Bing's Bake & Brew on Amstel Avenue.

The coffee shop, run by son Vincent, sells coffee, pastries and other Bing's baked goods. It had to close for a while during the pandemic, but business is starting to come back, Carla said.

In the future, the Guzzis hope to expand the Bake & Brew concept to other college towns as well as strengthen partnerships with grocery stores.

“Diversifying where our business comes from helped us through the pandemic as well, so we might see more of that,” Carla said.

For now, she's thankful for the support of Newarkers.

“I just want people to know how grateful I am, because our customer base has been tremendous,” Carla said. “I thank people for coming out and supporting us. Without the clients, we are not here, and we have such a special group of people. We've really been getting a lot of new customers in and we're just trying to make them, when they come into Bing's, see why we made it so long.”