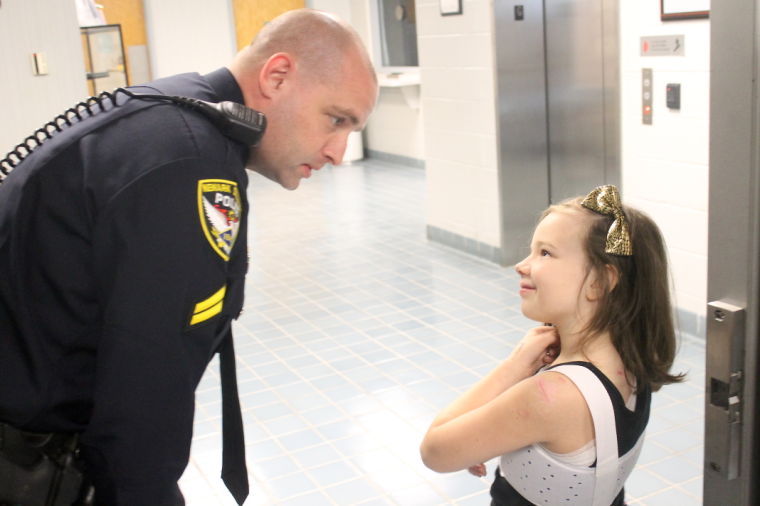 Emily Ruckle, seen here visiting Newark Police headquarters in October, recently regained some movement in her arm after being attacked by a dog in September. 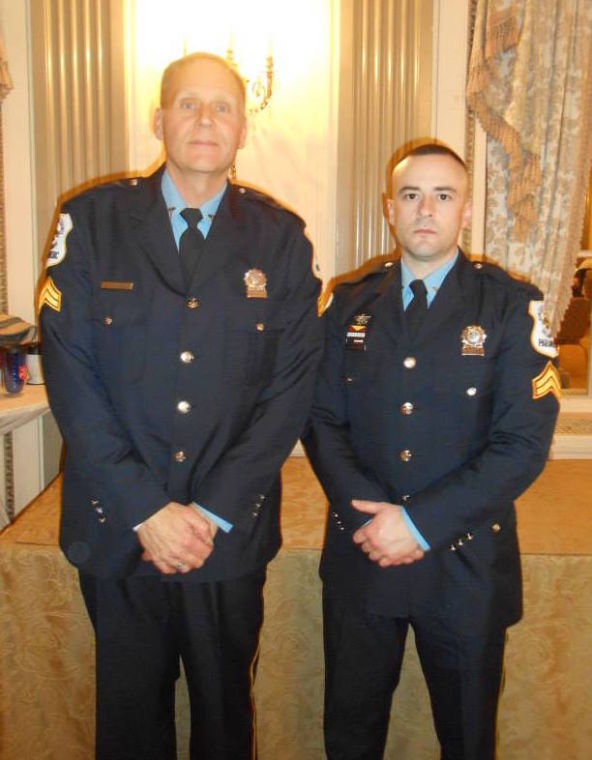 New Castle County paramedics Cpl. Paul G. Bazzoli and Cpl. Brian J. Warrick were recently named paramedics of the quarter by the Kiwanis Club of Wilmington for their efforts in saving Emily Ruckle.

Emily Ruckle, seen here visiting Newark Police headquarters in October, recently regained some movement in her arm after being attacked by a dog in September.

New Castle County paramedics Cpl. Paul G. Bazzoli and Cpl. Brian J. Warrick were recently named paramedics of the quarter by the Kiwanis Club of Wilmington for their efforts in saving Emily Ruckle.

Last week, she proved them wrong.

“We were shocked,” Emily’s father, Councilman Todd Ruckle, said. “It was a miracle.”

It took an immense amount of effort and concentration, but Emily was able to slightly move her arm during a physical therapy session, Ruckle said. This week, she was able to bend all five of her fingers into a claw-like position.

“They said her arm most likely wouldn’t work again,” he said, describing the original prognosis. “The chances were so slim they weren’t even going to try.”

Emily was home with her half-sister, Megan, 15, on Sept. 27 when she was mauled by a pit bull that was staying at the Ruckles’ house. Megan fought off the dog, called 911 and used first-aid training she received as part of the Civil Air Patrol to help her sister.

Emily was rushed to A.I. duPont Hospital for Children and was later transferred to Children’s Hospital of Philadelphia, where she stayed for a month and underwent several surgeries.

Ruckle credited Emily’s progress to an experimental surgery using nerves from a cadaver. If she continues to progress, she will undergo another surgery to rebuild her bicep using part of her leg muscle.

Though she is starting to move her arm, she still hasn’t regained feeling in it, Ruckle said.

“It’s getting stronger,” he added.

Ruckle once again gave credit to the first responders who came to Emily’s rescue, including New Castle County paramedics Cpl. Paul G. Bazzoli and Cpl. Brian J. Warrick, who were recently named paramedics of the quarter by the Kiwanis Club of Wilmington. They were honored Jan. 21 at the Hotel DuPont for “their dedication and commitment to assist the seriously injured child, despite the presence of the dangerous dog.”

“They did a phenomenal job,” Ruckle said. “A child that wouldn’t be alive is alive because of what they did.”

He extended that praise to his daughter Megan, the police officers and firefighters who responded and all of Emily’s doctors at A.I. and CHOP.

“It was a group effort,” Ruckle said.

He noted that Bazzoli and Warrick both went to Philadelphia to visit Emily in the hospital.

That is good news and I wish this sweet child all the best in the future. Kudos o the medical teams doing remarkable things today with cadavers. Now why don't we try something really remarkable and teach society that Pit Bulls and humans just don't mix, especially small children. Any parent who expoes thier cild to thes land sharks should be held accountable for injuries and/or deaths. 4 children already dead this year from dangerous dog attacks and they were all Pit Bull breeds. When will it end? [sad][sad][sad]