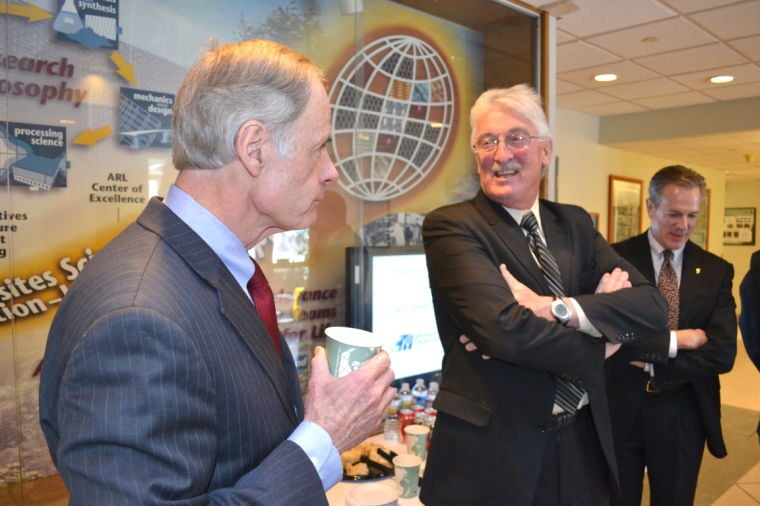 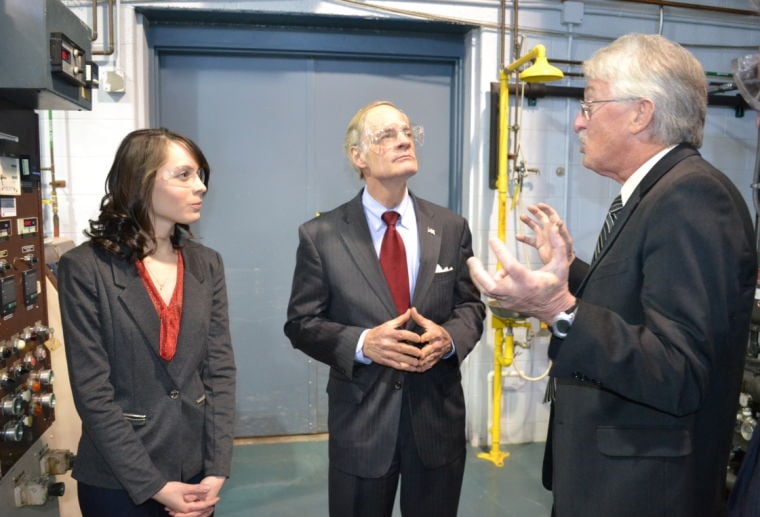 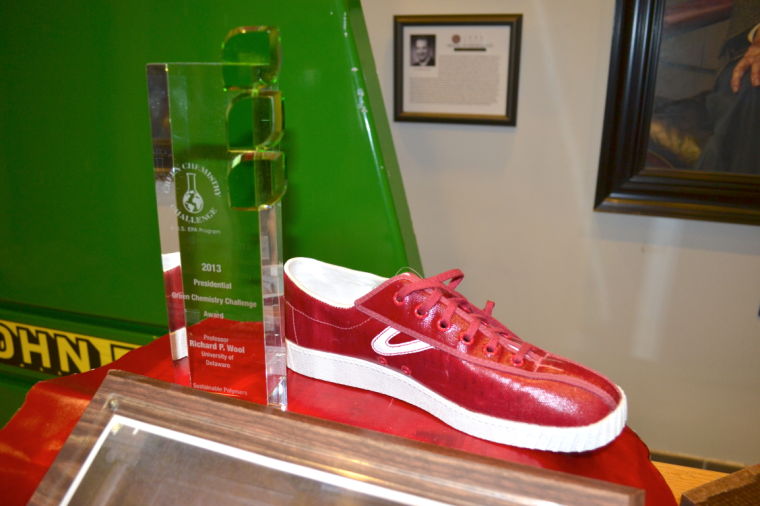 A shoe designed by Puma made from UD professor Richard Wool’s mixture of flax, cotton fibers, palm, corn, soybean and other plant oils laminated together in layers to look like leather. The sole is made from chicken feathers, natural fibers and plant oil resins combined to make the soles. 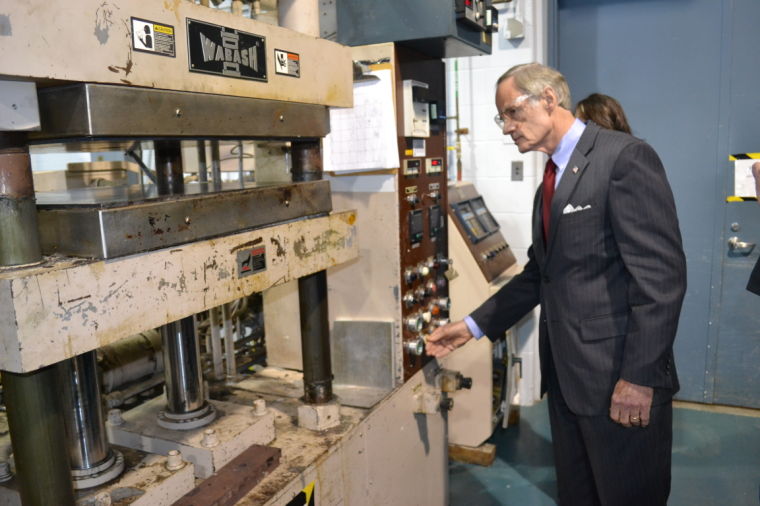 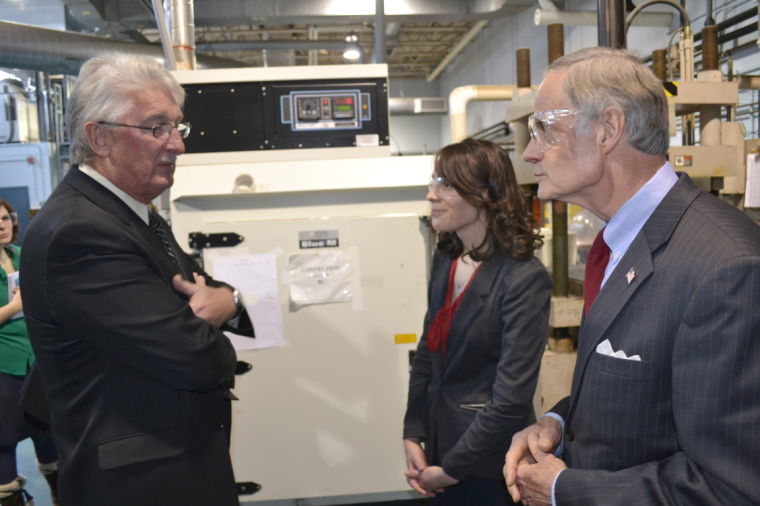 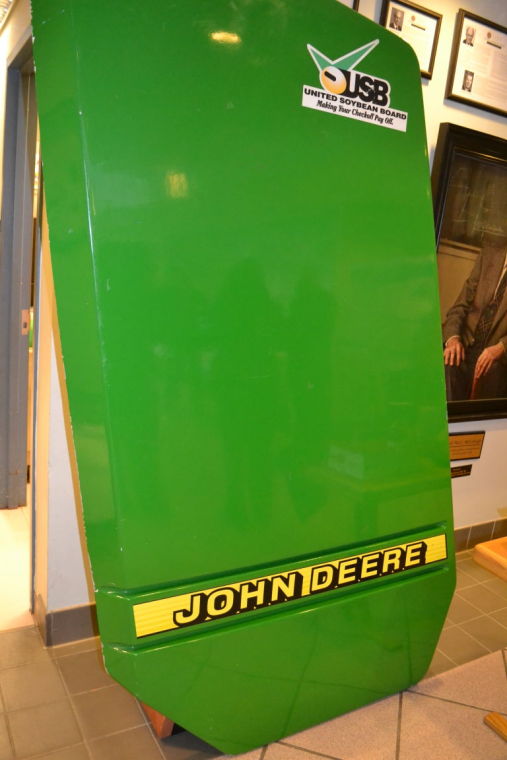 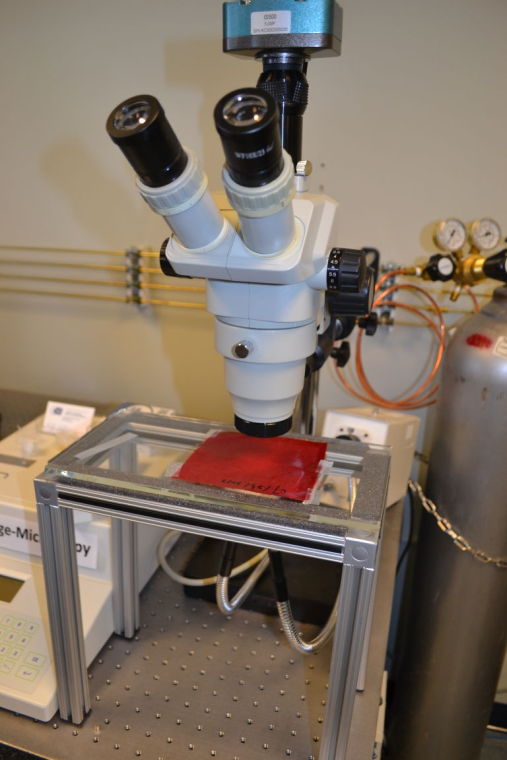 A sample of UD professor Richard Wool's eco-leather made from a mixture of flax, cotton fibers, palm, corn, soybean and other plant oils laminated together in layers. 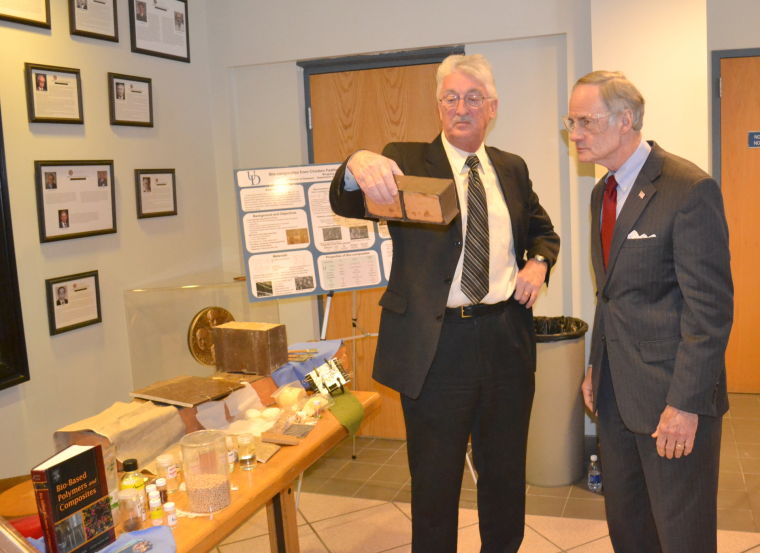 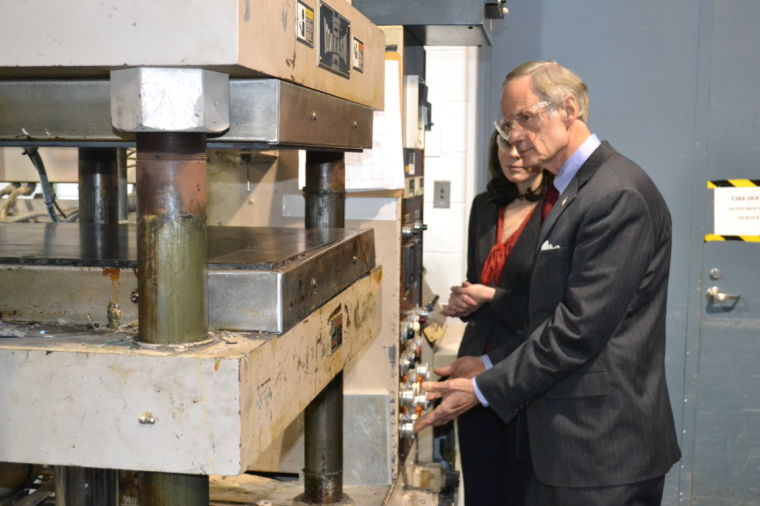 A shoe designed by Puma made from UD professor Richard Wool’s mixture of flax, cotton fibers, palm, corn, soybean and other plant oils laminated together in layers to look like leather. The sole is made from chicken feathers, natural fibers and plant oil resins combined to make the soles.

A sample of UD professor Richard Wool's eco-leather made from a mixture of flax, cotton fibers, palm, corn, soybean and other plant oils laminated together in layers.

The University of Delaware's Richard Wool drew attention when he created John Deere tractor parts, hurricane-resistant roofs and circuit boards out of materials like soybean oil, recycled paper, chicken feathers and flax. This time, however, his newest invention is turning heads in the fashion industry.

The chemical and biomolecular engineering professor has come up with a breathable, bio-based leather alternative made without the environmentally destructive chemicals of the traditional tanning process, but like many of science's best discoveries, Wool's eco-leather was an accident.

About four years ago, Wool was trying to “green up” the Department of Defense by creating a new bulletproof material in his lab when he discovered unique voids in the fabric. Although not a successful bulletproof material, he thought if he made it a little softer it could be similar to leather and pose as an alternative to a toxic process.

“Leather tanning was high on the environmental hit list at the time,” Wool said.

What he came up with was a mixture of flax, cotton fibers, palm, corn, soybean and other plant oils laminated together in layers that feel and act like animal-based leather, which got the attention of companies like Puma, Nike and Prada.

“A drop of water would sit there and not dissolve, but air is able to move in and out,” he said.

When he's not in the classroom, Wool is in the lab experimenting with how to make eco-friendly materials from renewable resources.

“I like finding new solutions to old problems,” he said.

Wool's research has been funded by the Department of Defense, Department of Energy, Environmental Protection Agency, National Science Foundation, U.S. Army Research Laboratory and U.S. Department of Agriculture, and he holds five seminal patents in the biobased materials field. Five additional patents are pending, including the eco-leather.

In 2011, he won the American Chemical Society’s Affordable Green Chemistry Award and the Bio-Environmental Polymer Society’s Lifetime Achievement Award in 2012. He was recently honored for his work in creating synthetic leather and several other materials from renewable biobased feedstocks with the EPA’s 2013 Presidential Green Chemistry Challenge Award.

The eco-leather, which Wool plans to call Green Engineered Material, or “GEM,” has the ability to change the fashion and footwear industries. He discovered that with heat and pressure, chicken feathers, natural fibers and plant oil resins can be combined to make soles, and he has already started to collaborate with Nike and Puma to develop an athletic shoe using the new technology and synthetic leather.

“As a green engineer, I feel like I'm intruding into the fashion industry,” he said laughing.

However, he doesn't want to give up control of the invention like he did in 2012 to Dixie Chemical. Wool sold a composite to the Texas-based company, which began making his bio-based composite resins for a worldwide market.

“That's one up for the Texas economy,” he said. “It should be done here in Delaware. I'd like to see more of this at home so we can control it.”

That's why he is pushing for a Center for Green Materials on UD's STAR Campus, so he can see his hurricane-resistant roofs, John Deere tractor parts and synthetic leather leave the lab and come to life.

He asked Carper on Friday for his support in funding what he called “a huge, trillion-dollar opportunity.” Wool said the facility would allow him and his colleagues to develop GEM and other materials on a pilot scale for companies interested in seeing real-world application and samples. Already backed by the EPA, he said he still needs strong federal and industrial support to get to the next step in building a Center for Green Materials.

“We're gonna need some muscle to get this moving forward,” Wool said. “Delaware is so small that if we don't seize this opportunity, we could miss it.”