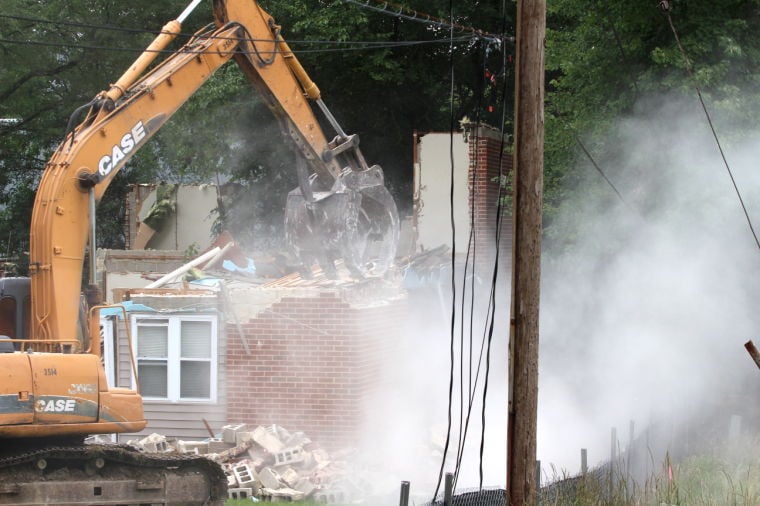 Dust flies as one of the last Cleveland Heights buildings is torn down Tuesday afternoon. 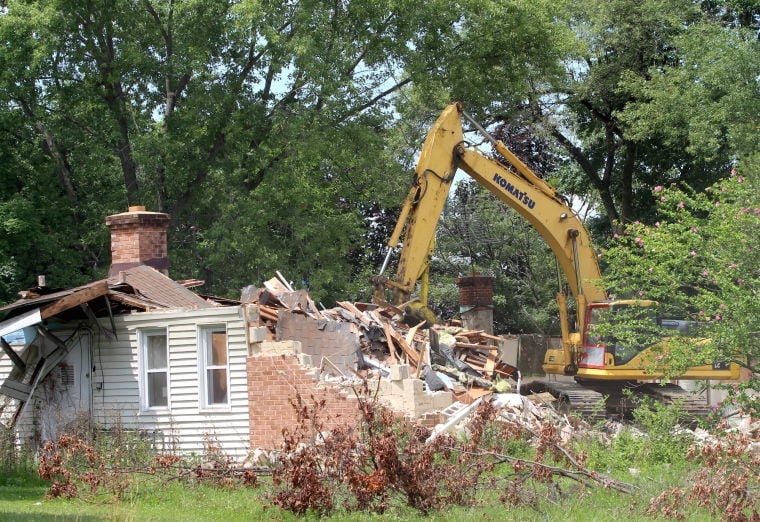 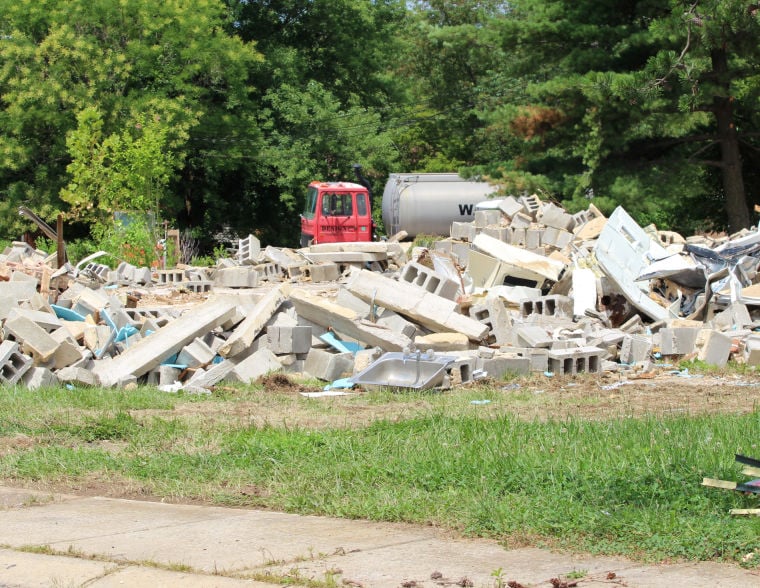 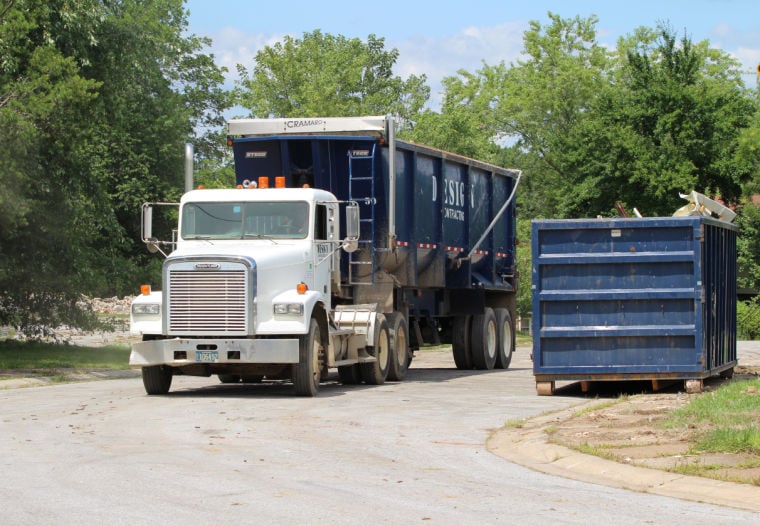 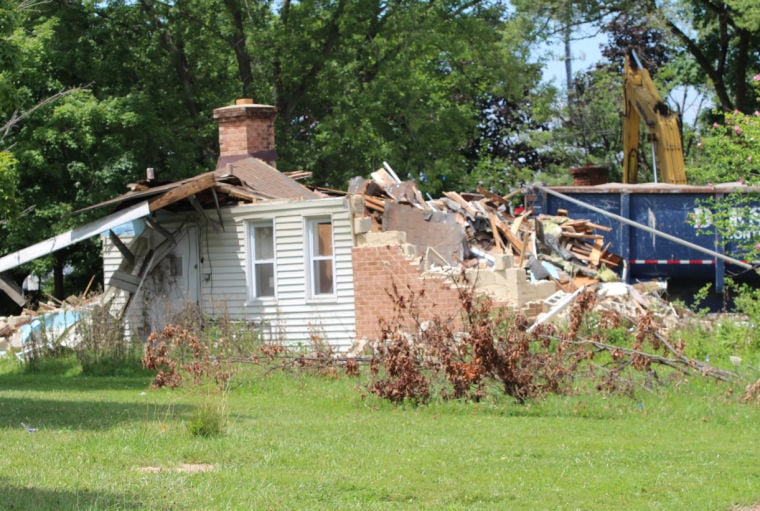 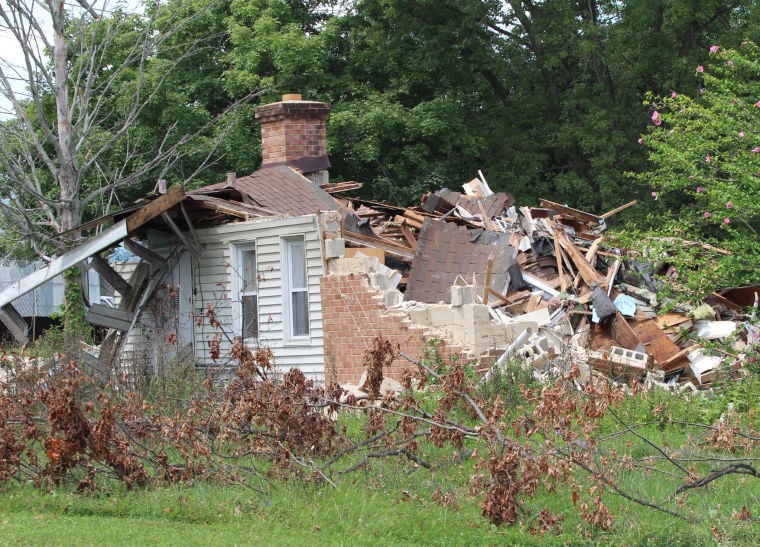 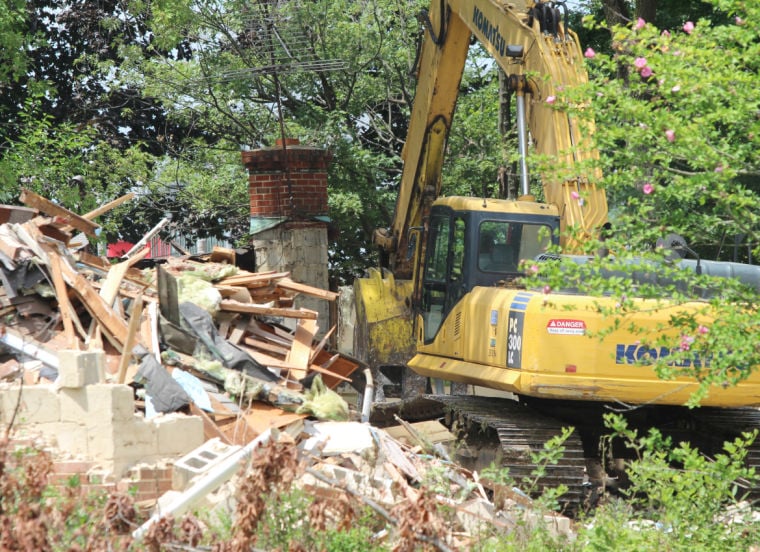 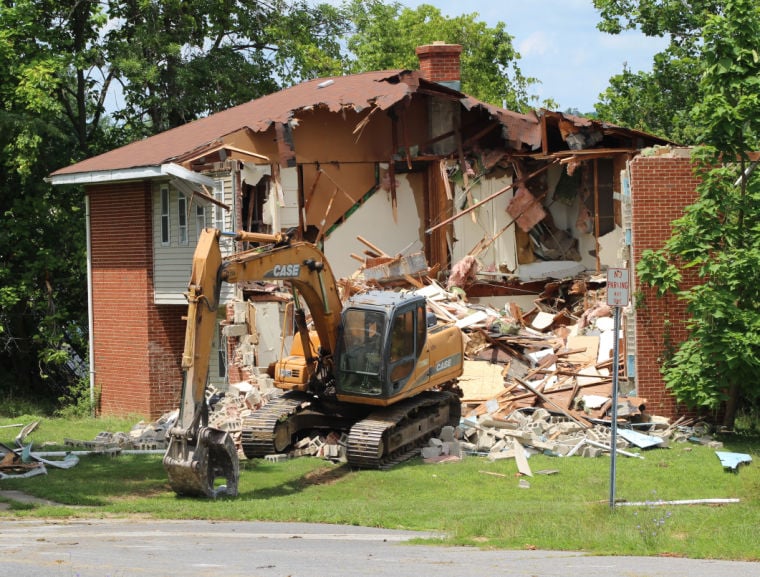 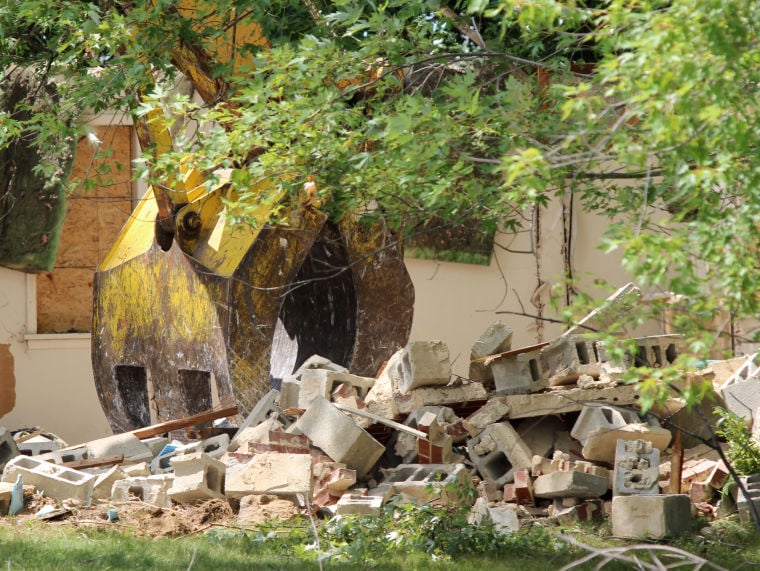 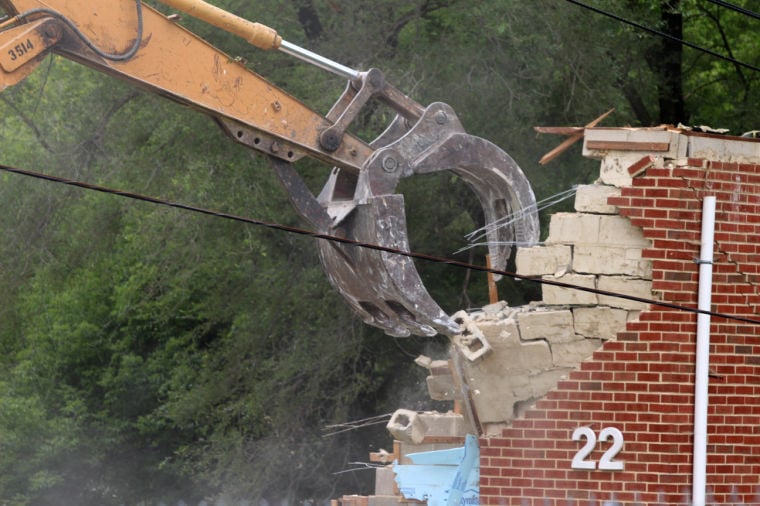 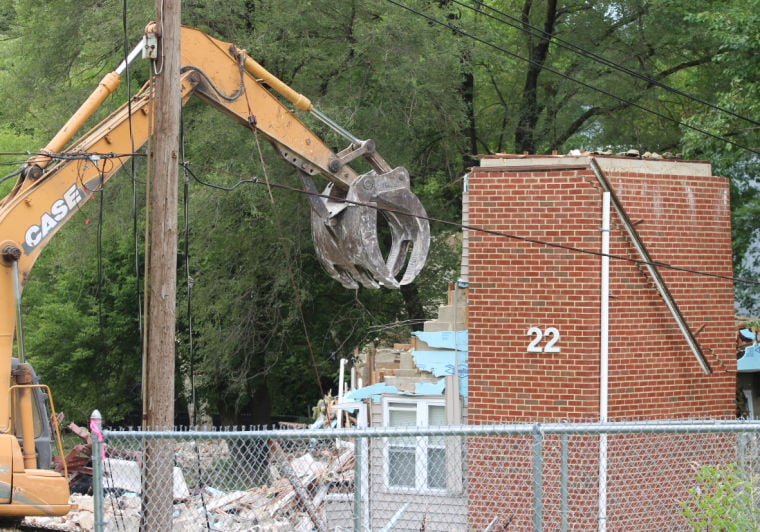 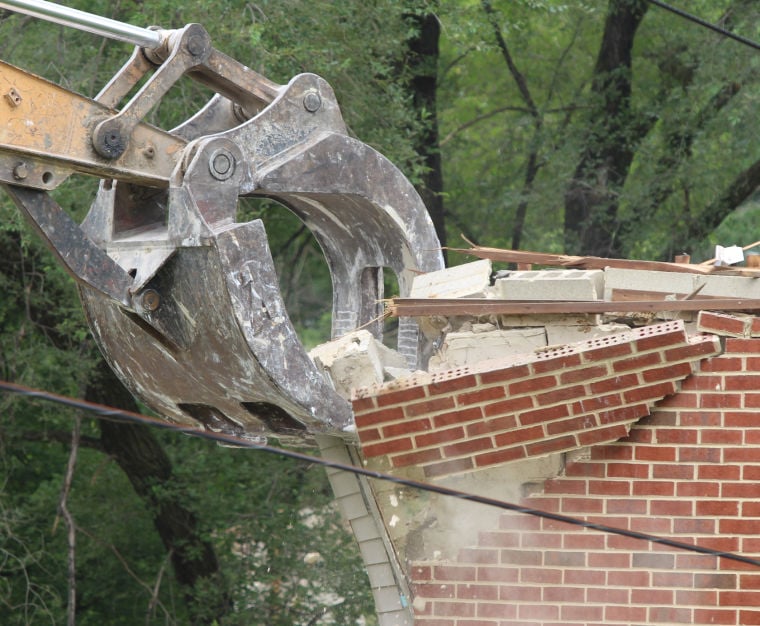 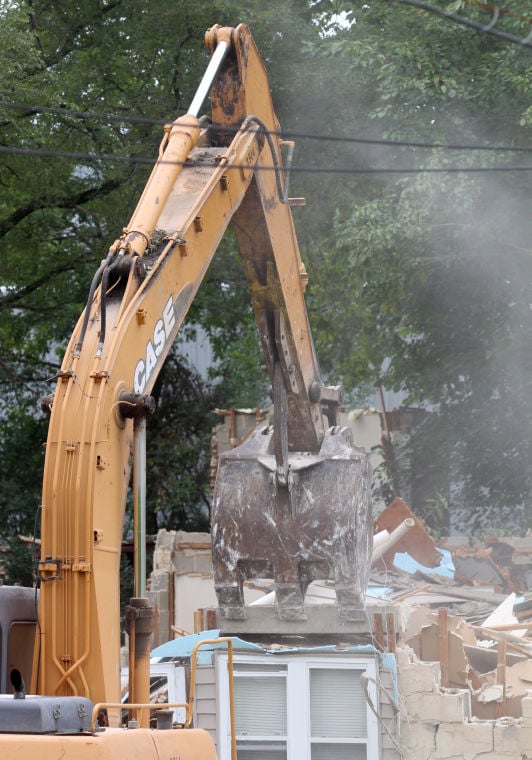 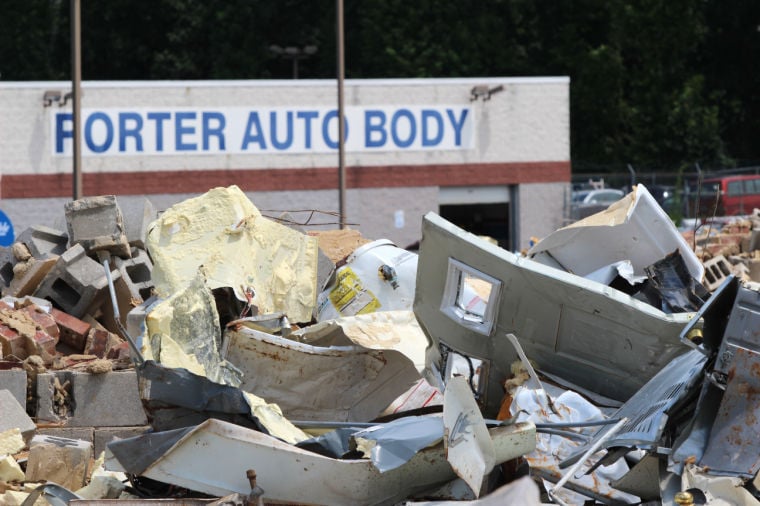 Dust flies as one of the last Cleveland Heights buildings is torn down Tuesday afternoon.

Crews snaked their way through the neighborhood, using excavators to reduce the buildings to a pile of rubble. Demolition began July 21, and by Tuesday, only four of the 21 buildings remained.

Built in 1967 on a shuttered city landfill, the 6.77-acre site had become run down and plagued with crime by the mid-2000s. A previous NHA administration got federal permission to sell the property in 2007, but a March 2008 auction attracted no bidders.

The 42-unit property sat in limbo for years until last summer when NHA got approval for $11.5 million in tax credits to fund the renovation project.

Once demolition and cleanup are complete, construction will begin on 13 three-story, townhouse-style apartment buildings, with 56 units containing a mix of one, two, three and four bedrooms. The site will also include a 3,500-square-foot community center with childcare facilities and a fitness center.

The new complex will be called Alder Creek.

Jordan said NHA hopes to be able to rent out the first unit by August 2015, with the complex being fully occupied by January 2016. Tenants will come from NHA’s existing waiting list, provided they meet income and other eligibility requirements.

“A lot of folks need housing,” she said. “Those 42 units being offline really hurt the city of Newark. Now there’s 56 families we’ll be able to help.”

Mayor Polly Sierer said the project is a “real bonus” for that area of Newark.

“It will revitalize the area and help those in our community in need of affordable housing,” Sierer said. “Now it will have new facilities and an application process where members of our community feel people care about them.”