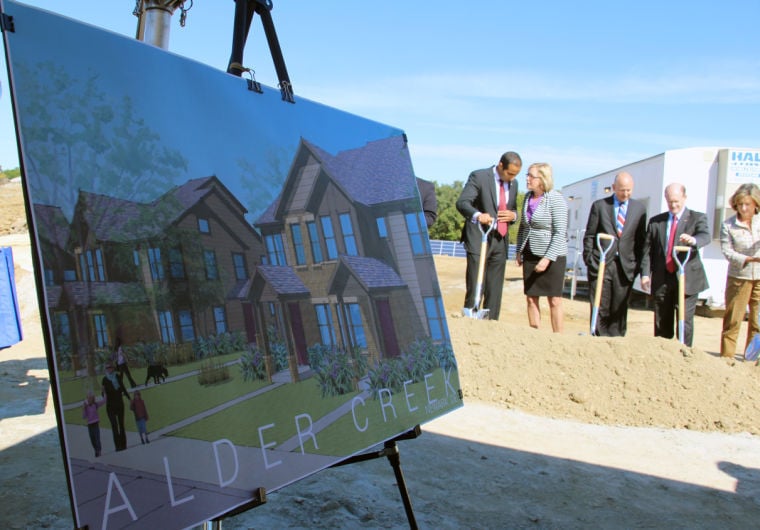 A sketch depicting the planned Alder Creek apartments is on display as officials prepare for the groundbreaking ceremony. 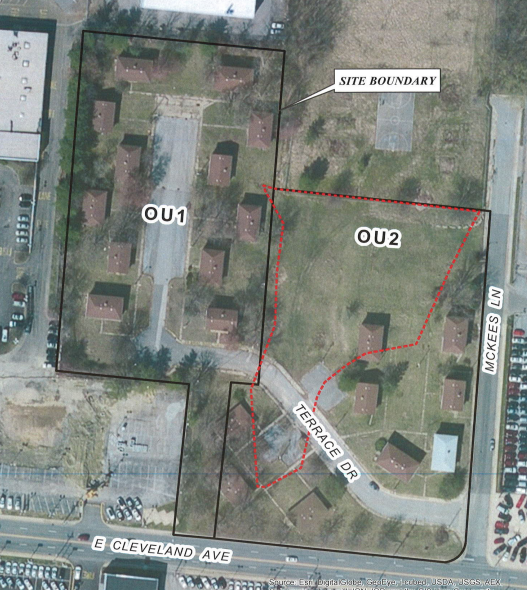 In this map provided by DNREC, the former landfill at the Alder Creek site is outlined in red. The aerial photo was taken prior to the demolition of Cleveland Heights. 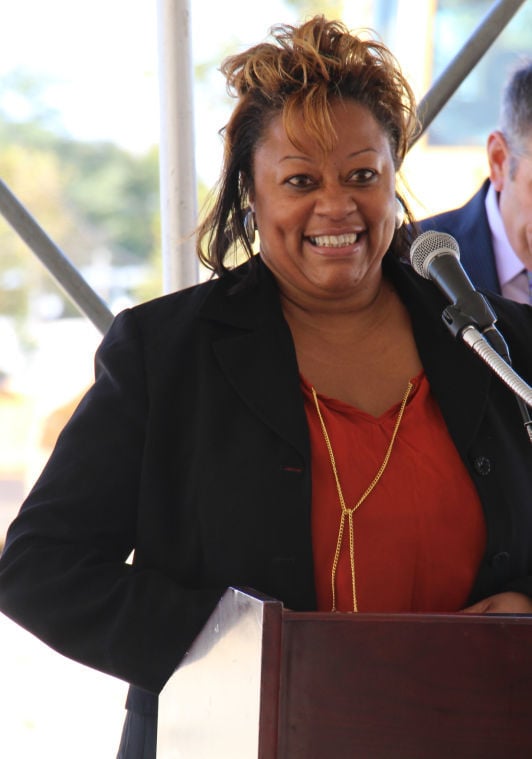 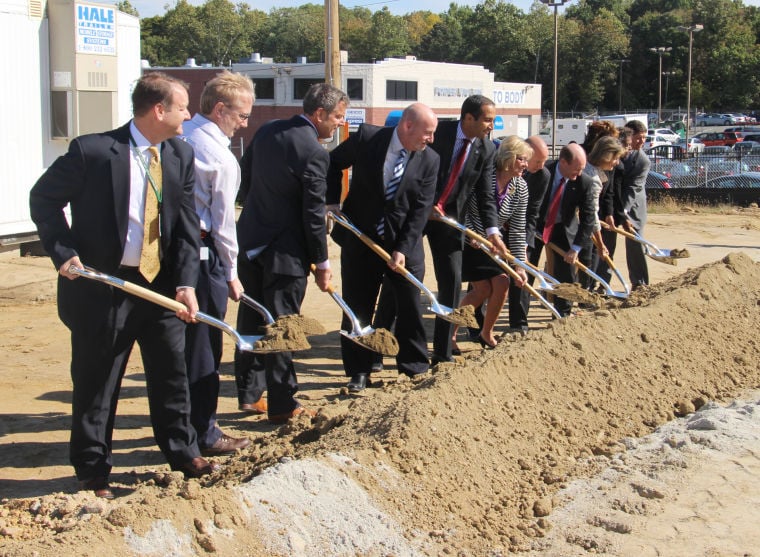 Officials participate in the ceremonial groundbreaking for Alder Creek. 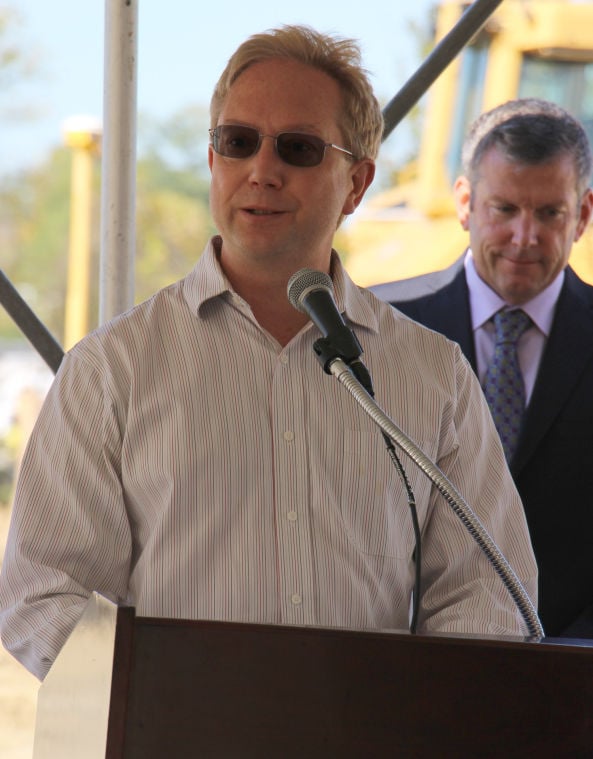 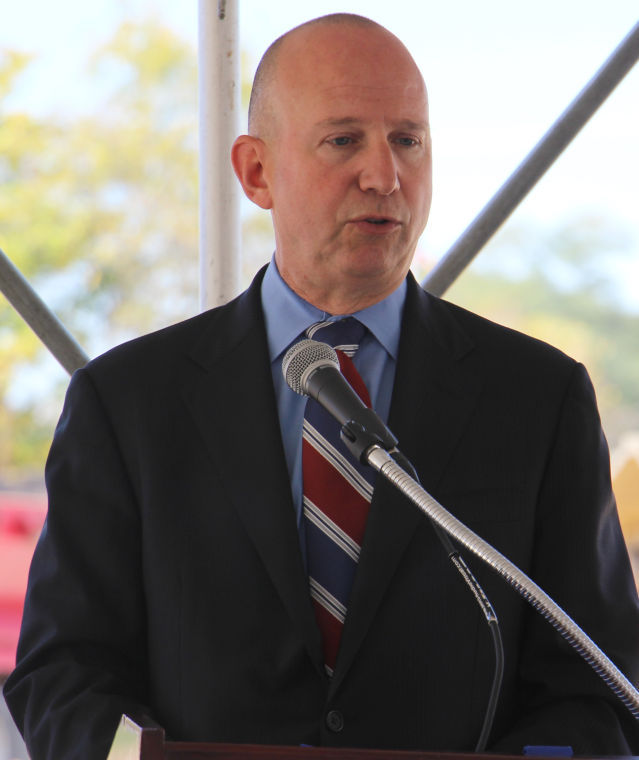 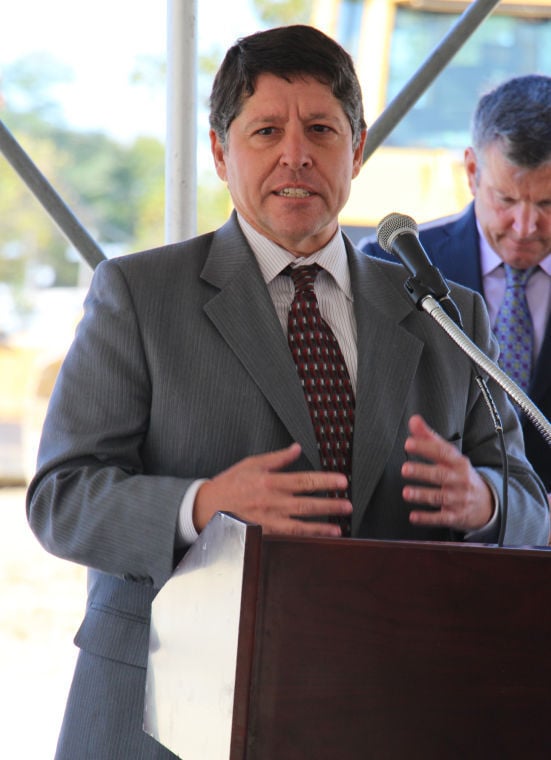 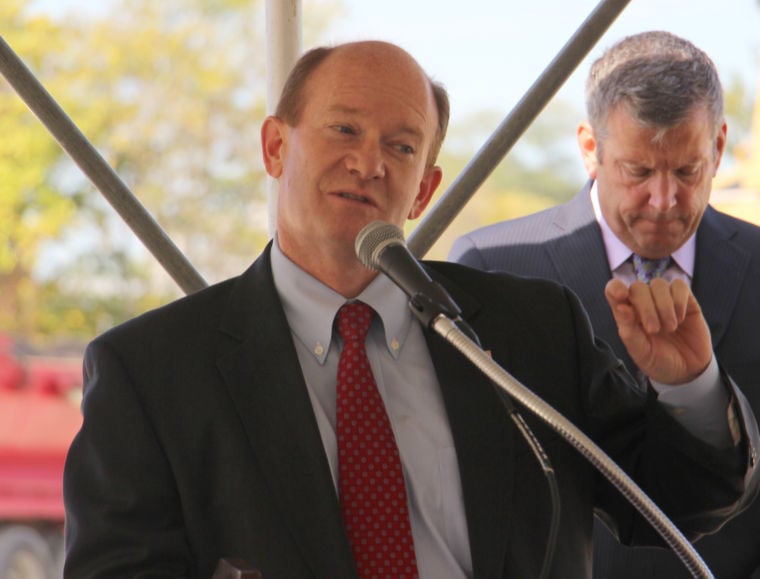 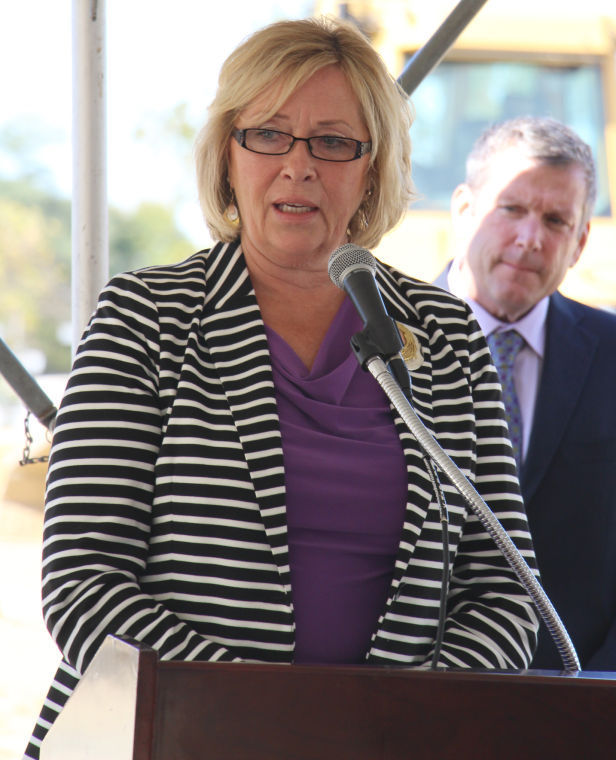 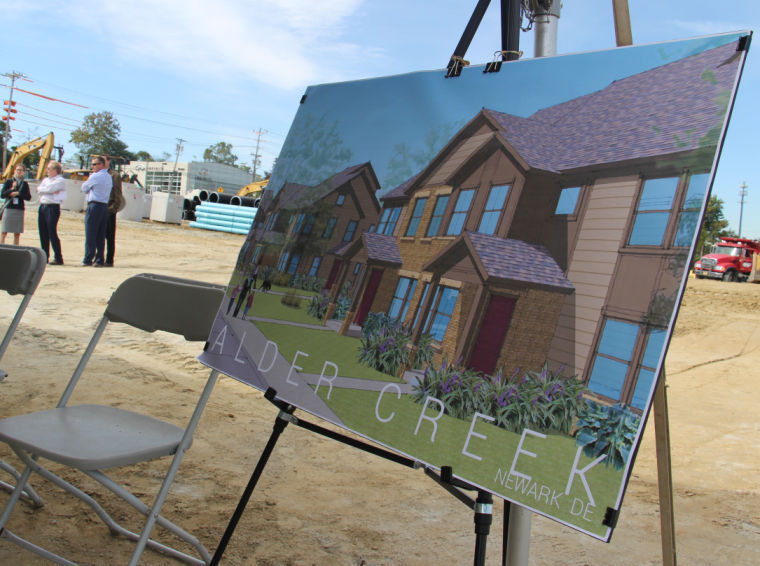 A sketch depicts the townhouse-style apartments that will be built at the site of the former Cleveland Heights housing project on Cleveland Avenue.

A sketch depicting the planned Alder Creek apartments is on display as officials prepare for the groundbreaking ceremony.

In this map provided by DNREC, the former landfill at the Alder Creek site is outlined in red. The aerial photo was taken prior to the demolition of Cleveland Heights.

Officials participate in the ceremonial groundbreaking for Alder Creek.

A sketch depicts the townhouse-style apartments that will be built at the site of the former Cleveland Heights housing project on Cleveland Avenue.

When Paul Baumbach joined the board of the Newark Housing Authority in 2010, the organization was undergoing the sunset review process and its signature property, Cleveland Heights, was a ghost town.

“When I started, I didn’t see it,” Baumbach, now a state representative, recalled.

However, on Thursday, Baumbach joined other public officials to break ground on Alder Creek, the low-income housing development which will open in June and replace the now-demolished Cleveland Heights, which had been vacant since 2008.

Alder Creek will consist of 13 three-story, townhouse-style apartment buildings, with 56 units containing a mix of one, two, three and four bedrooms. It will bring more affordable housing to a city better known for student housing complexes with sky-high rent.

“We’re a college town,” Baumbach said. “That pushes up rent and makes it hard to find affordable housing in Newark.”

Built in 1967 on a shuttered city landfill, the 6.77-acre Cleveland Heights had become run down and plagued with crime by the mid-2000s. NHA got federal permission to sell the property in 2007, but a March 2008 auction attracted no bidders.

Last summer, NHA and developer partner Ingerman got approval for $11.5 million in tax credits to fund the renovation project. Under the federal government’s Low-Income Housing Tax Credit program, developers who build affordable housing projects are awarded tax credits, which they can sell or use to offset their own tax burden.

Ingerman leases the property from NHA and will manage the apartment complex.

Marene Jordan, executive director of NHA, said that once new units are complete, they will be filled as quickly as possible with qualifying families on the agency’s existing waiting list, which currently has approximately 1,000 families.

NHA also maintains 36 apartments for senior citizens on Delaware Circle and provides Section 8 vouchers for other families. However, having the new units provided by Alder Creek will be a big help to Newarkers in need, Jordan said.

“It feels wonderful,” she said. “Words can’t explain how I feel right now.”

Because of its past uses, the land is a brownfield site and requires environmental remediation before Alder Creek can be built. The site was used as a city wastewater treatment facility from 1937 to the 1950s, and for a decade after that, was used as a landfill. The trash was covered with soil and grass, and the land was turned over to NHA to build Cleveland Heights in 1968.

A 2013 report by the Delaware Department of Natural Resources and Environmental Control found that the land is contaminated with semi-volatile organic compounds, including lead and polychlorinated biphenyls, commonly called PCBs. Known to cause cancer and adverse health effects on the immune system, reproductive system and nervous system, PCBs were banned in 1979.

Without remediation, the DNREC report found, the soil at Alder Creek could “pose an unacceptable health risk to site users.”

The report calls for capping the contaminated soil with at least two feet of clean soil. In addition, each building will be equipped with a system to vent methane gas created by the breakdown of materials in the landfill.

City and NHA officials say the key to keeping Alder Creek from meeting the same fate as Cleveland Heights is to provide needed services and help cultivate a community.

“You’ve got to make it so people feel involved and want to keep it up,” said Councilman Stu Markham, whose district includes Alder Creek.

The centerpiece of that effort will be a 3,500-square-foot community center that will house a fitness center, a meeting room and an after-school program. There will also be a playground and a community green.

NHA has partnered with the state-run Hudson Center, which will run a 4-H program and hold seminars on healthy eating, job interview skills and other topics at the community center.

“We just need genuine cooperation in making sure this development stays part of the active community,” Jordan said. “People can’t misinterpret Alder Creek as a negative rather than a need.”

Mayor Polly Sierer said officials are discussing ways that the city’s parks and recreation department can offer programming at Alder Creek. She said she is confident the new development will get support from the community.

“I think it will be embraced,” Sierer said. “Our community is a passionate, caring group of people.”

---say the key to keeping Alder Creek from meeting the same fate as Cleveland Heights is to provide needed services and help cultivate a community.---

How do you "cultivate a community" that destroys their own housing which is what they did to Cleveland Heights which was a solid brick construction !!??