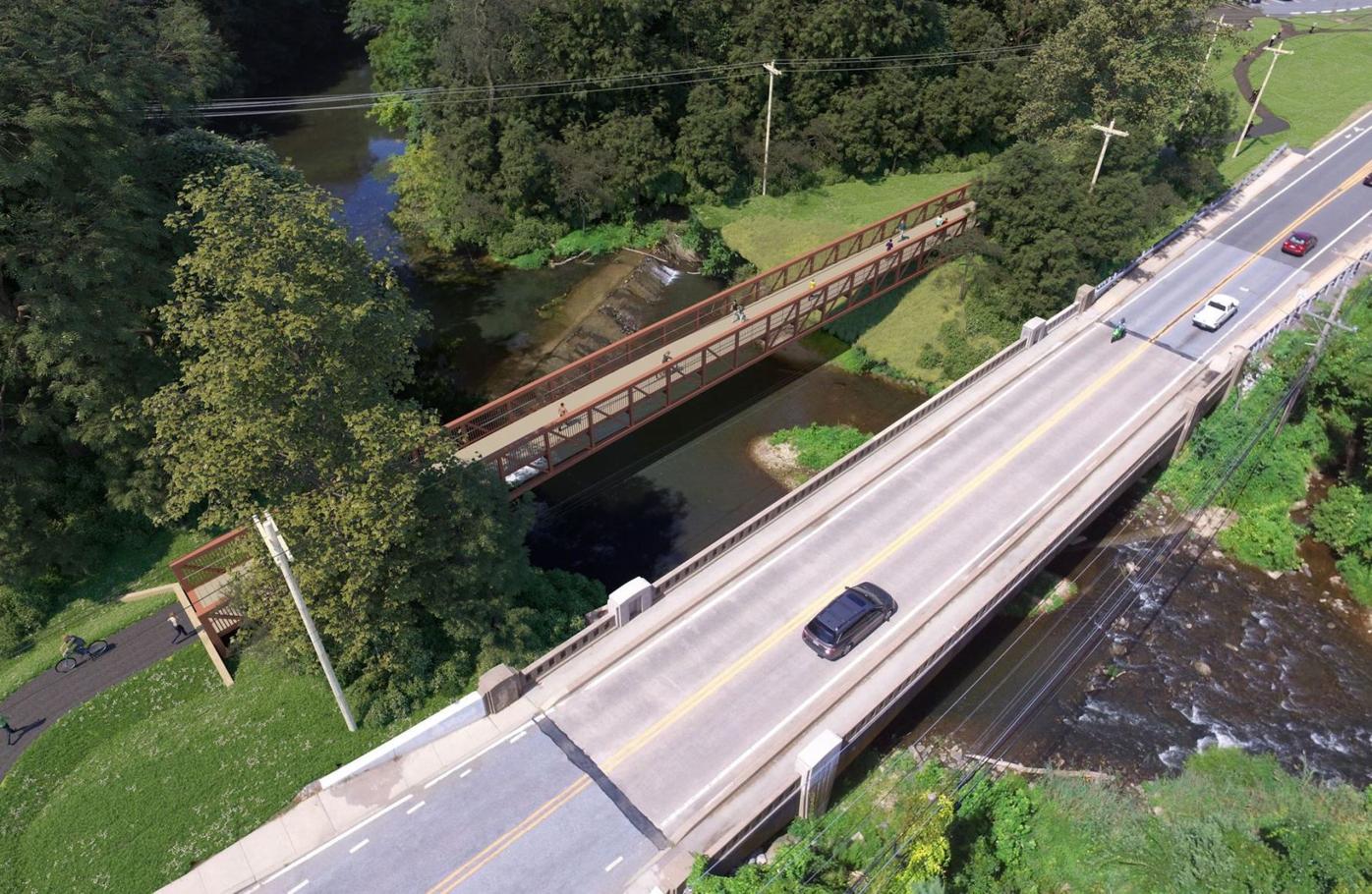 An artist’s rendering shows a pedestrian/bicycle bridge proposed to be built over White Clay Creek next to Paper Mill Road. 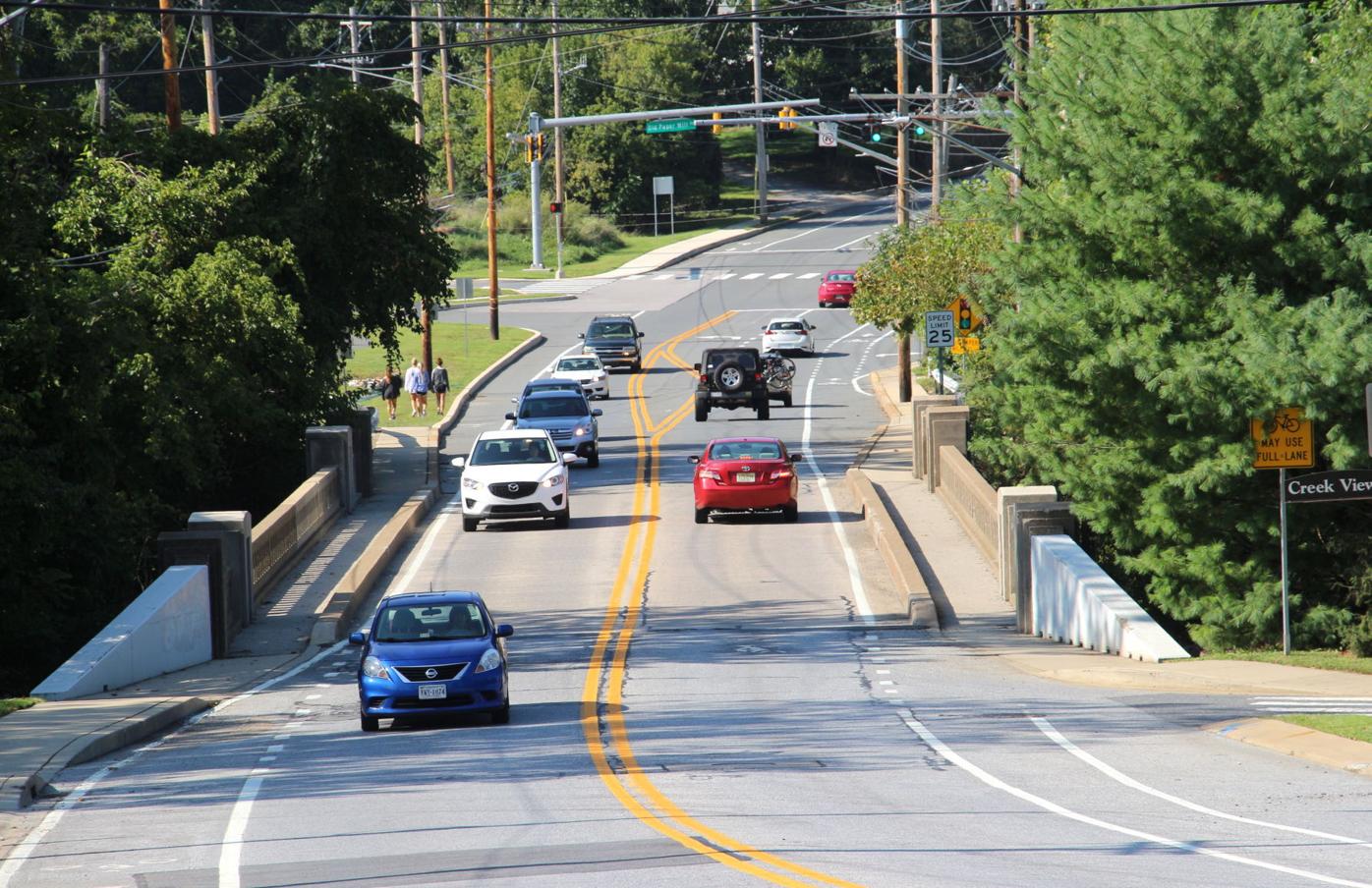 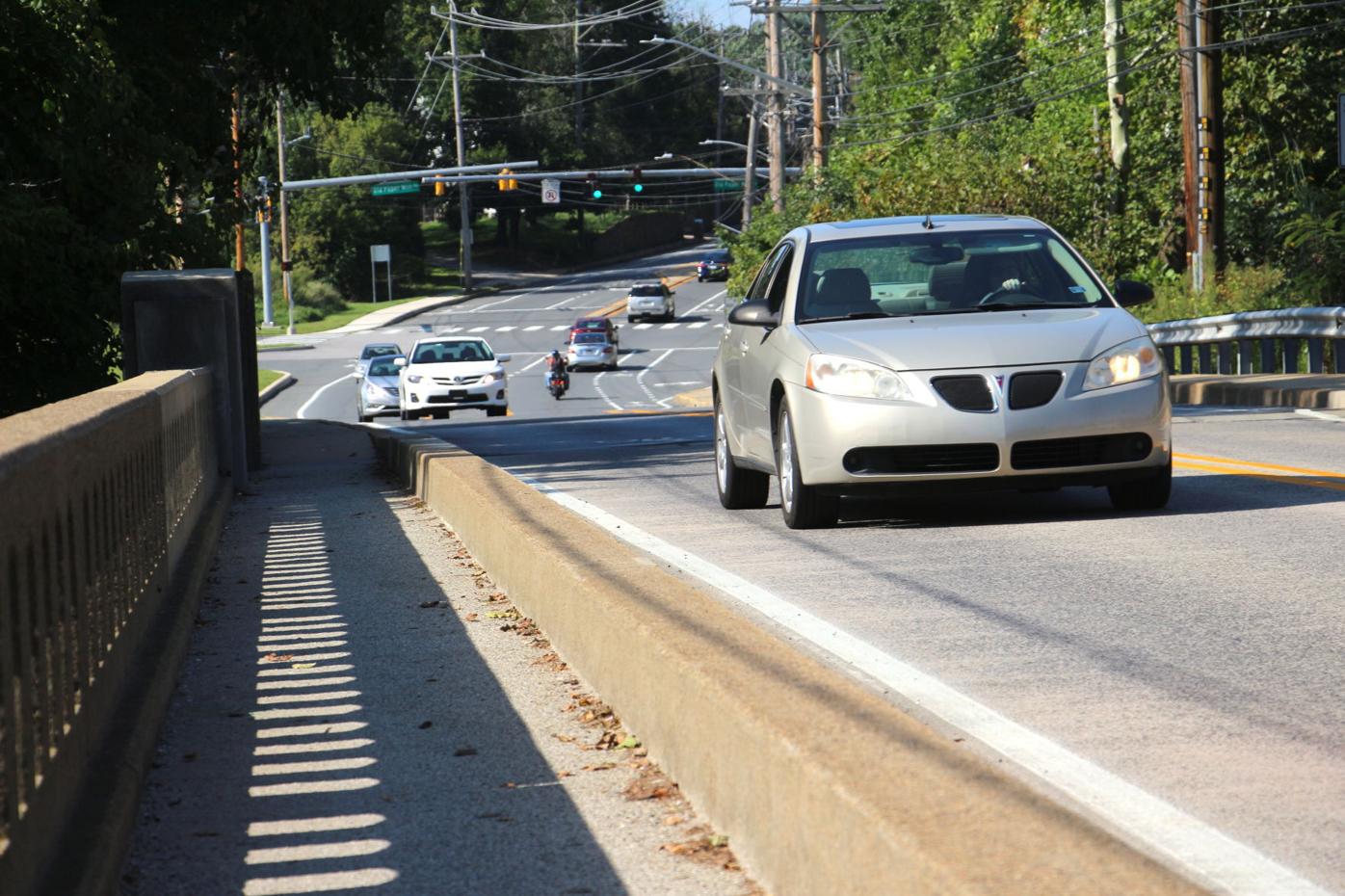 An artist’s rendering shows a pedestrian/bicycle bridge proposed to be built over White Clay Creek next to Paper Mill Road.

In a stunning turnaround, city council voted Monday to revive plans for a pedestrian/bicycle bridge over White Clay Creek — a long-planned project council had killed just a week earlier.

The vote, taken in a special meeting called by Mayor Polly Sierer, was the culmination of a frantic effort by Sierer and others to cobble together a package of financial support for the $1.75 million project.

New Castle County pledged $200,000, the University of Delaware kicked in $100,000, and State Sen. David Sokola and State Rep. Paul Baumbach promised to allocate a total of $150,000 from their Community Transportation Funds. That money is in addition to $1 million in federal and state grants that had already been secured.

“It is an unprecedented collaboration between all levels of government and the University of Delaware,” Councilman Luke Chapman noted.

The deal approved Monday leaves the city with an expense of $300,000, which will be reduced to $233,000 if another grant application is approved. The money will be part of the city’s 2019 capital improvement plan.

The bridge, named for former Parks and Recreation Director Charles Emerson, is intended to be part of a broader plan to improve the area surrounding the former Curtis Paper Mill site. The 230-foot-long, 12-foot-wide, prefabricated truss bridge will be built just to the west of the vehicular Paper Mill Road bridge over the creek and will connect Kershaw Park with the new Curtis Mill Park.

The current bridge has a narrow sidewalk that is unsafe for pedestrians and cyclists. Building a separate bridge would provide safer passage and connect Newark’s downtown with neighborhoods and trails north of the creek.

The project has been discussed since 2011, and in 2015, city officials announced they had secured $1 million in federal and state grants. At the time, officials said those grants would cover the complete cost of the project, but the estimate was later raised to $1.75 million.

Acting City Manager Tom Coleman said Monday that the initial figure was just a rough estimate and increased mostly because of the additional engineering and environmental permits needed to build a bridge over the creek, which is designated as a National Wild and Scenic River.

Last week, council voted 4-2 to cancel the project, with opponents arguing that $750,000 was too big a burden for city taxpayers to take on.

At the time, city officials said the project was dead, but after lining up additional funding, Sierer took the rare step of calling a special session of council. The meeting was announced without the usual seven-day notice because the city has a Sept. 20 deadline for an additional grant application that would be submitted only if the project proceeds forward.

After two-and-a-half hours of debate Monday, three councilmen who had voted no last week — Luke Chapman, Chris Hamilton and Mark Morehead — flipped their votes to yes. They were joined by Sierer and Councilwoman Jen Wallace, who was absent during the original vote. Councilman Stu Markham, one of two original “yes” votes, was absent Monday due to a previously scheduled vacation.

Morehead lauded the effort to bring in more funding sources.

“This is a remarkable collection of partners,” he said, later adding, “The leverage is incredible. $300,000 from the city to get a project of this magnitude. It’s a good deal for everyone.”

Hamilton said he realizes that some residents consider the project a want not a need. But, he said, he was willing to support it because of the coalition that was formed.

“I think overall it’s a good thing for Newark if we make ourselves a better city with a better quality of life,” he said. “That takes money, and we have to make tough decisions.”

Wallace said her constituents were evenly split on the project.

“This has not been an easy decision for me,” she said.

Wallace voted in favor on the condition that the city administration delay or reduce another capital project, a request Morehead echoed. In response, Coleman agreed to delay a plan to build a new park off Old Paper Mill Road until after the bridge is complete. He also said the city will reduce the scope of that project.

Morehead also requested that the project engineers find a way to mitigate concerns about pedestrians being injured by cyclists going too fast over the bridge.

Councilman Jerry Clifton cast the sole vote against the project, expressing a fear that the cost could continue to increase. He noted he’s not against the project on its merits but rather believes the city has more pressing needs.

“It’s the right project at a rotten time,” Clifton said. “The time is rotten because of the fiscal restraints we need to bring back. It’s nice to have but not, to me, urgent to have.”

Proponents of the project packed council chambers on Monday. Many were members of the advocacy group BikeNewark, which rallied support for the project. Baumbach, County Councilwoman Lisa Diller and even County Executive Matt Meyer attended the meeting to express their support.

“Look at all those parties involved in this,” Meyer said. “It’s unusual that you get such collaboration. This is something we should be proud of.”

“After last Monday night, I was pissed off, but with conversations, I was able to understand far better the reasons behind the votes last Monday,” he said.

He added that he was happy to contribute to the effort, saying, “We’re partners, we’re family. Family looks out for one another.”

Joe Kovacic, a resident of Brookside, said he frequently bikes in the area but fears the current bridge.

“I hate coming to the bridge,” he said. “I start praying to God.”

He got choked up while recounting how he was once hit by a car while biking elsewhere.

“When I saw in the paper the project was turned down, I was sad all day long,” he said. “I really would like to see it go through.”

“I generally avoid it,” he said. “It’s dangerous and the least safe point in the entire city.”

Corinth Ford echoed his concerns, adding that she has experienced motorists riding dangerously close to her while she cycles over the bridge.

“I submit it’s irresponsible to leave cyclists on that road in the present condition,” she said.

On the other side of the issue, Devon resident Katie Gifford said that while she cycles almost daily, she doesn’t see the project as a necessity.

“This is not the right time to be combining scarce resources for a project that is outranked by other priorities in the budget,” Gifford said.

She criticized the state legislators for contributing money to the project in the same year the General Assembly cut money from nonprofits and other organizations.

“By accepting money from these same state legislators who approved a budget that cut so much from certain parts of Newark and redistributing it to a narrow group of beneficiaries, myself included, I believe we would be complicit in robbing Peter to pay Paul,” Gifford said.

Park Place resident Al Porach slammed the project as a “stupid idea from the start” and called the supporters “zealots.”

“My friends, you must see through this zealotry, not succumb to offers of non-existent stealth funds, realize the absurdity of this project and not agree to support this stupid bridge to nowhere,” Porach said.

Can we attach a 3 year tax increase moratorium to this special interest boondoggle?

Congratulations to Mayor Polly for finding the secret answer for her pet project…OPM, other people’s money, even though most of it is taxpayer’s dollars. I hope she can similarly marshal the funds when the millions of dollars of infrastructure issues come due and the Rodney Dorm project which will cost untold millions.
I applaud UD for coming forward, though at the last minute, to finally give back to the community
I applaud Jerry Clifton for standing on principle and casting the lone dissenting vote. The costs will, as he says, go up and the city had no answer to the question of the cost of a necessary future connectivity network of paths and walkways. They are not in this budget. There was also a brief mention of another traffic light and road enhancements needed on Paper Mill Road near the bridge.
I applaud Mark Morehead for forcing the city to mitigate the cost with delays or cuts in other vaguely defined $2.1 million in capital projects until after the bridge is completed. I guess these aren’t all that critical after all.
I have no accolades for Reps. Sokola and Baumbach who after the legislature cut AETNA HH&L’s funding by 20%, the Senior Center’s funding by $89,000, and other social programs and non-profits, somehow found $150,000 to fund the bridge from their “walking around money”. So essentially they redistributed taxpayer funds from several routinely funded groups that serve a multitude of customers to this bridge. But then of course, it was the legislature that made the cuts while S&B are “giving back to their family”.
There were creative stories of how this bridge will contribute to the increased business in downtown Newark and encourage more than the already half million annual visitors to the reservoir. Please, spare me the histrionics.

We cannot afford this overly expensive and mostly useless bridge. I don't care if it is funded by the city, county, state, fed, or politician's discretionary funds - all of that money comes from the taxpayer. City of Newark has been ramping up their taxes and their fees, because they claim to be short on cash. Well, if that is true, then they sure as heck do not have the funds for this project. They need to start thinking of the hard working taxpayers and what they can do to relieve the tax burden. Heck, if they really want this redundant bridge, maybe they should charge a toll to the bikers and walkers that use it.