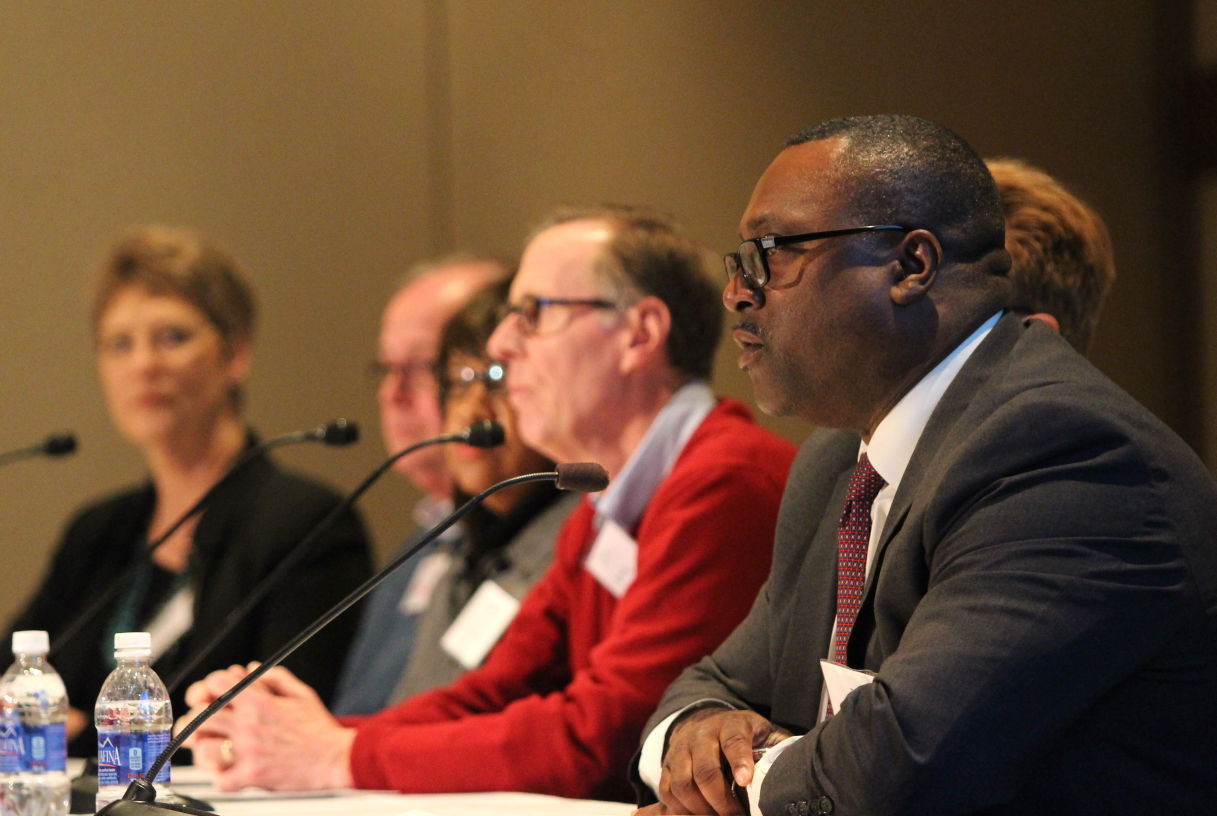 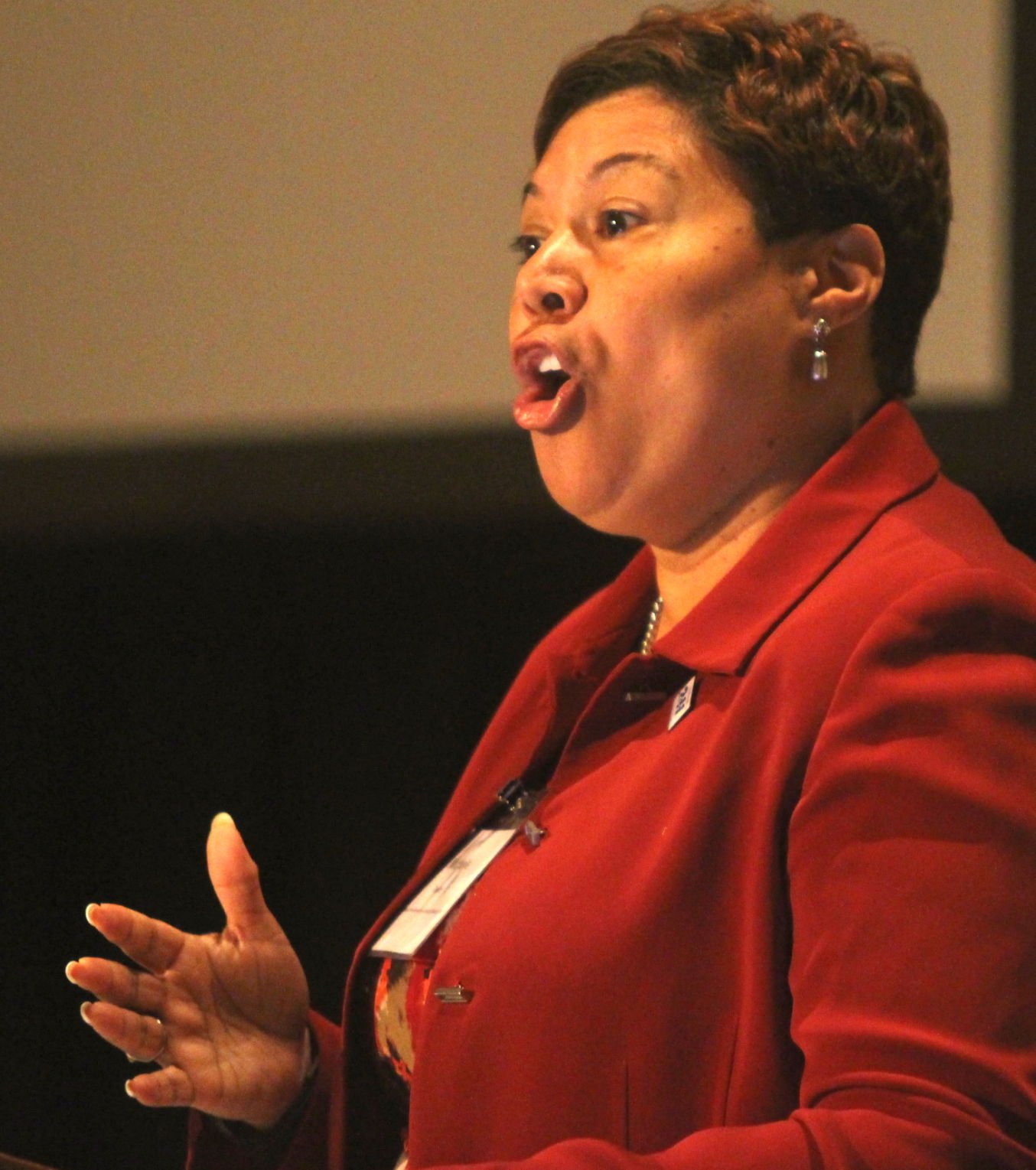 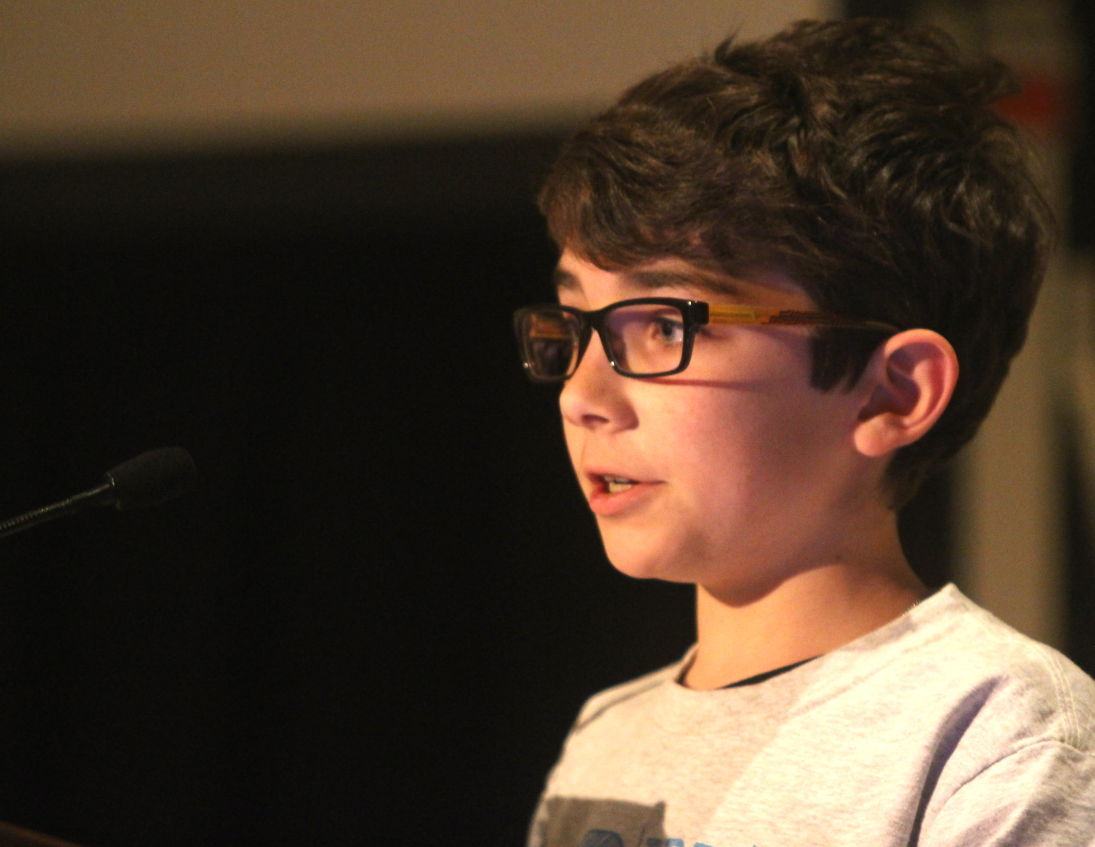 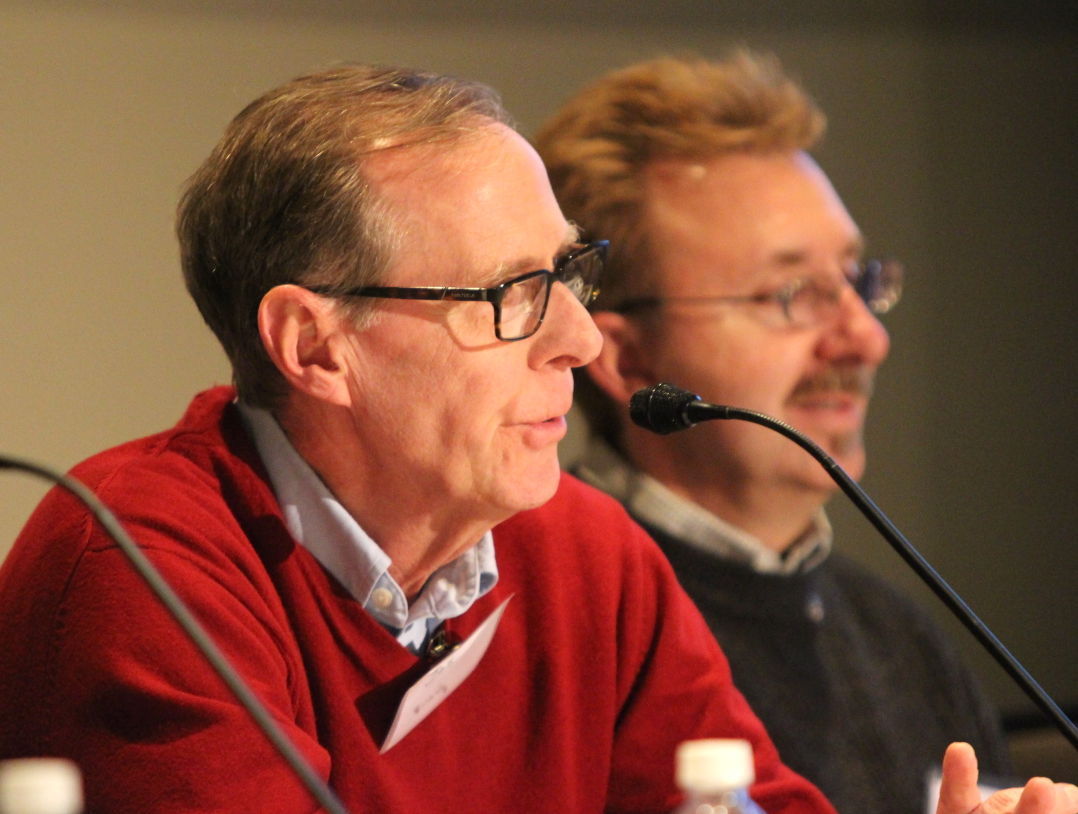 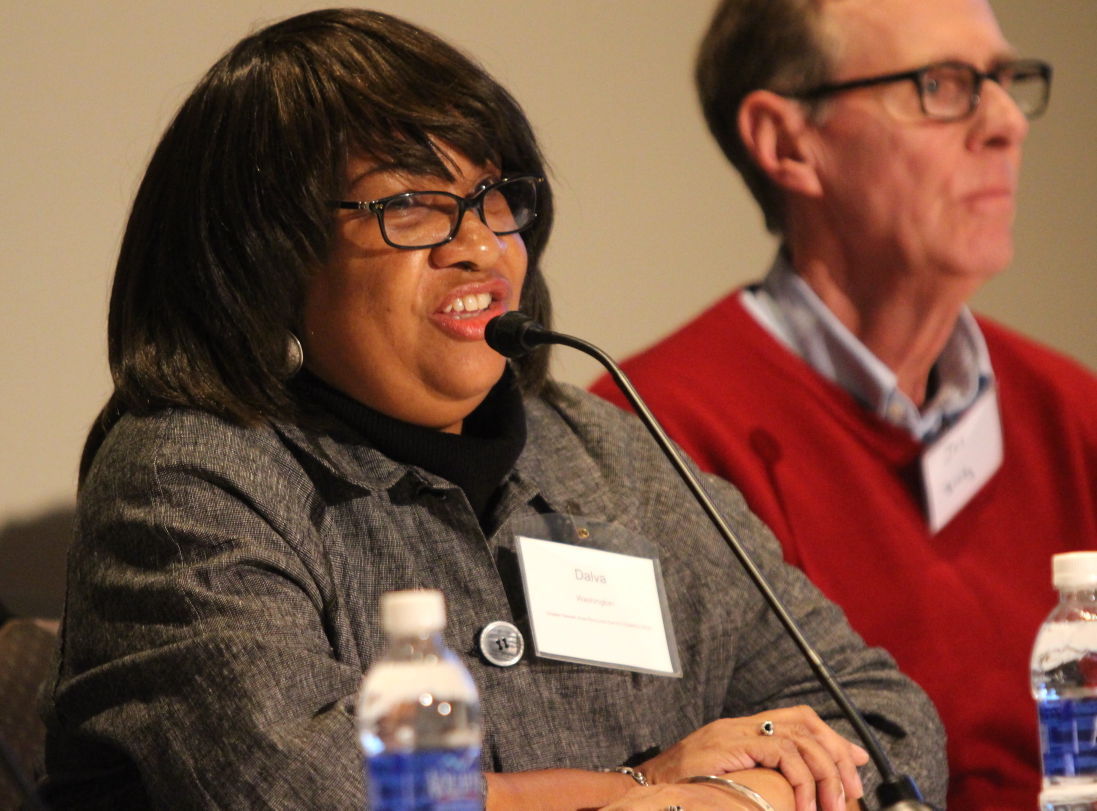 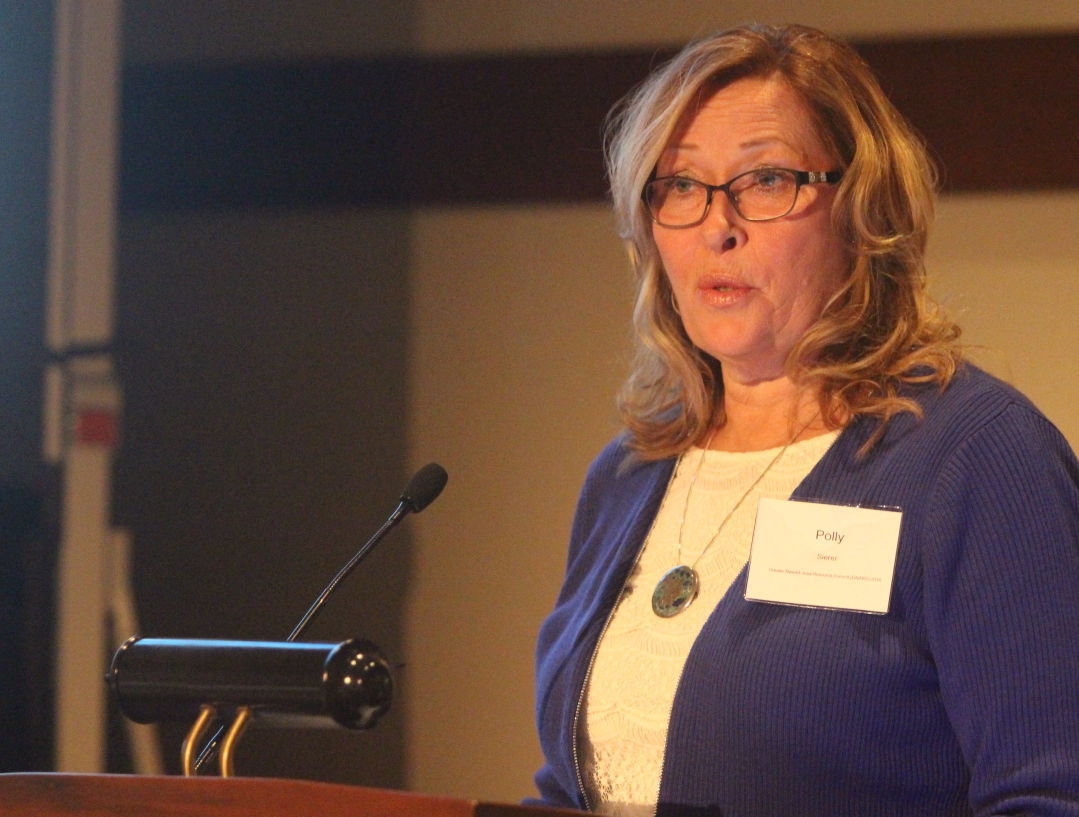 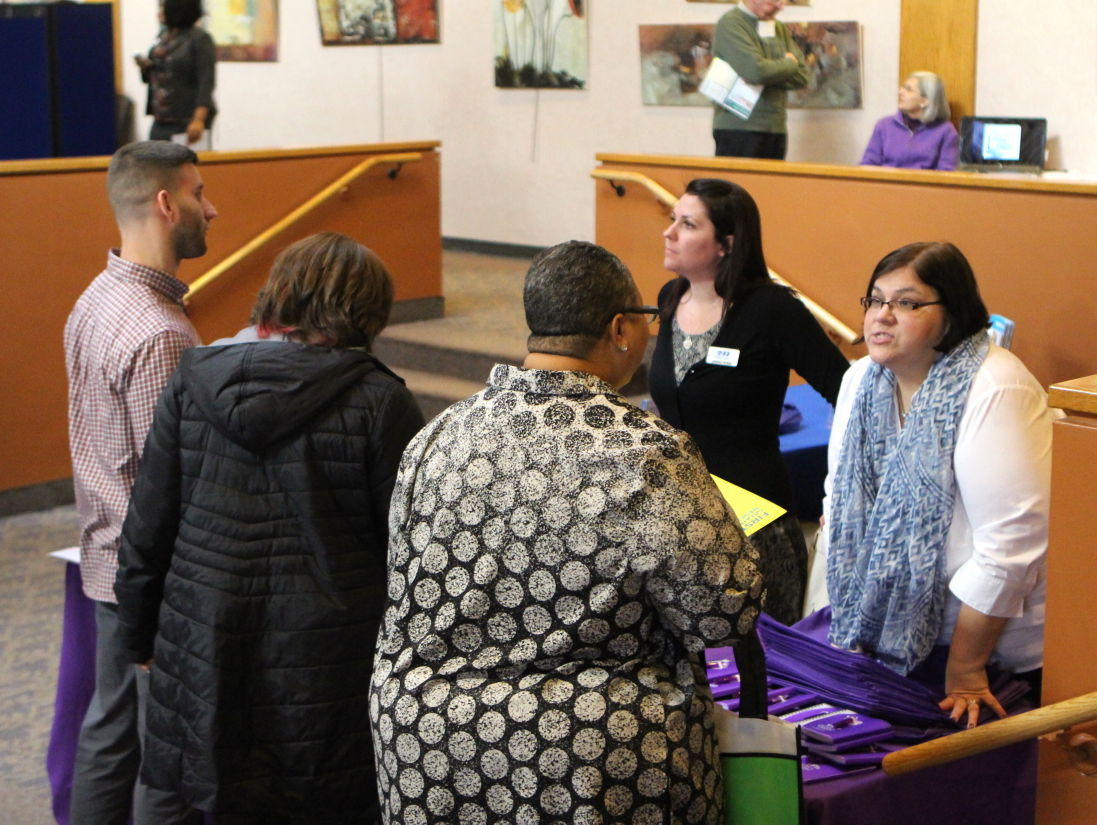 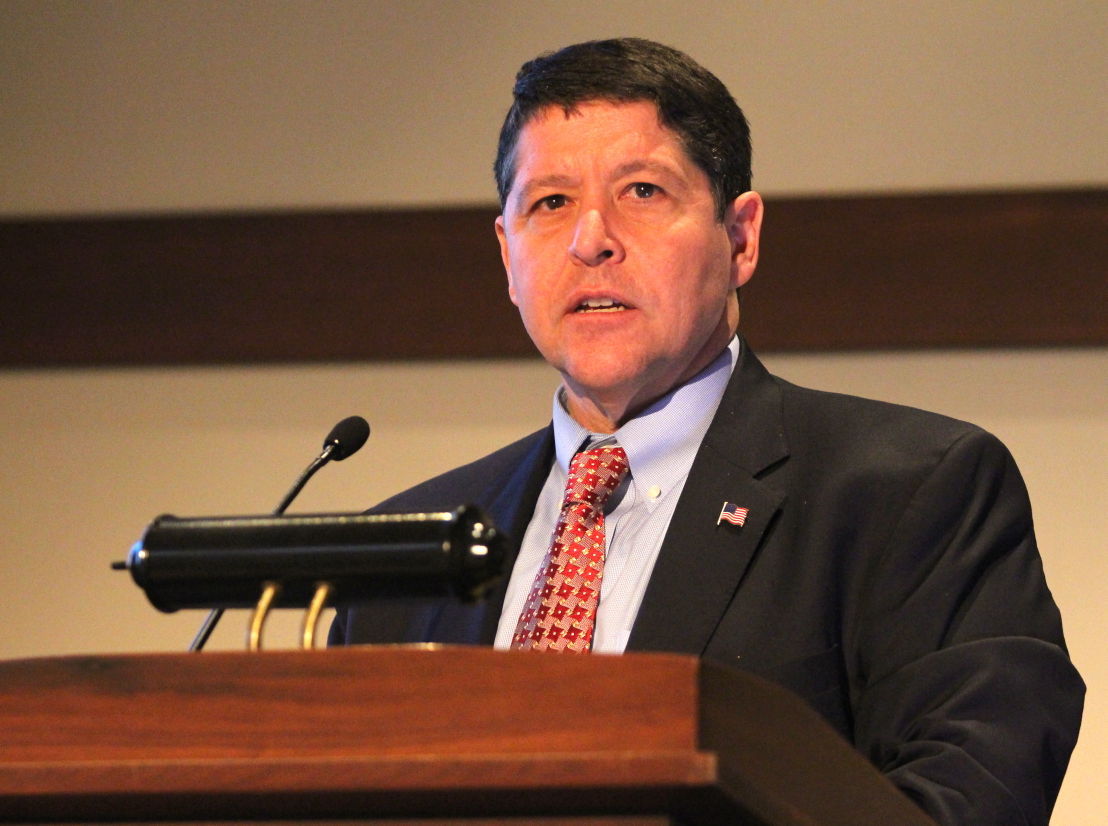 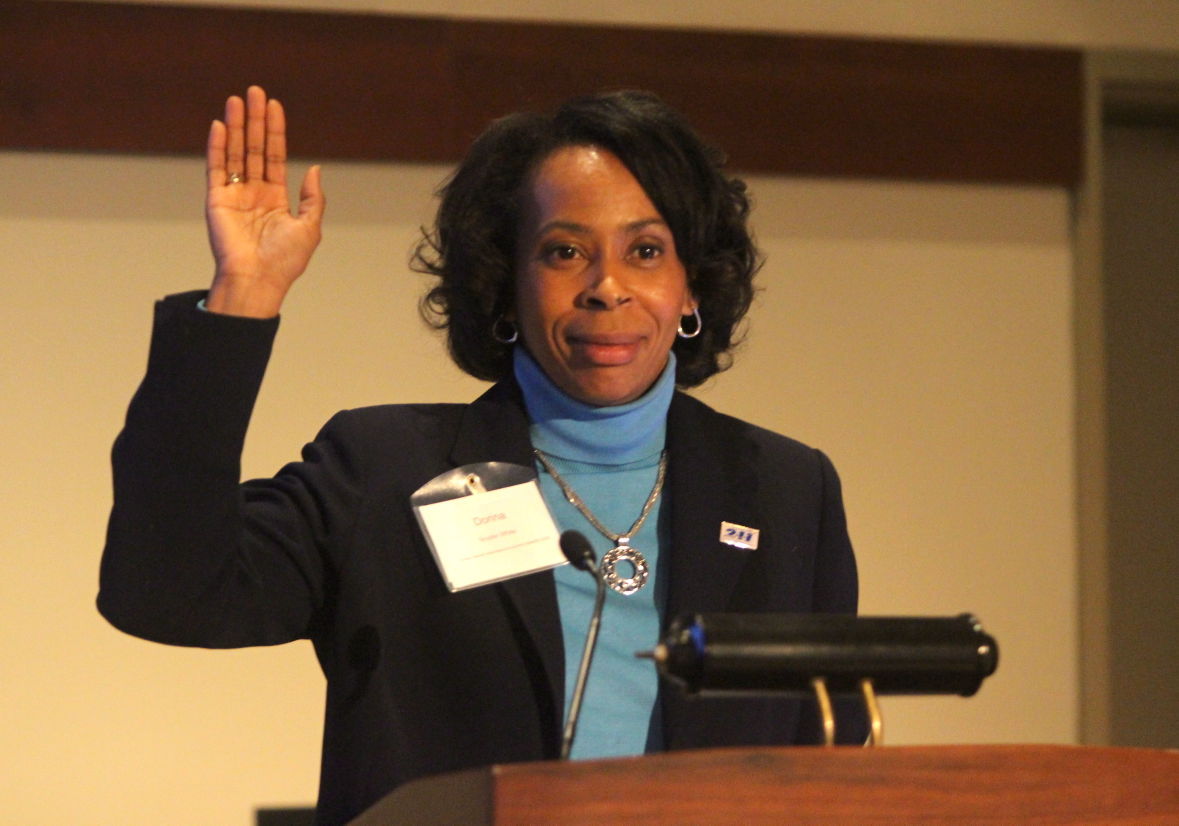 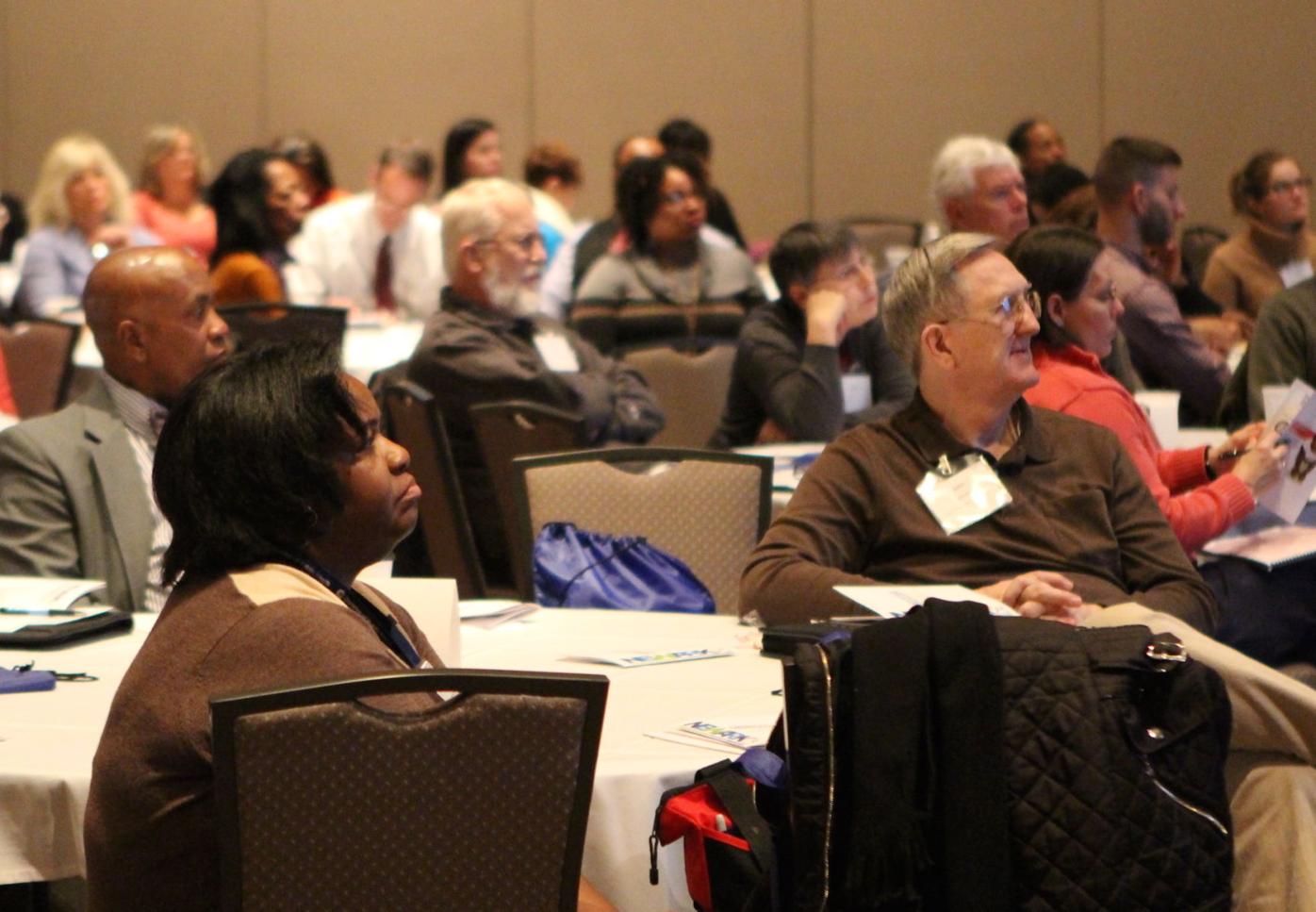 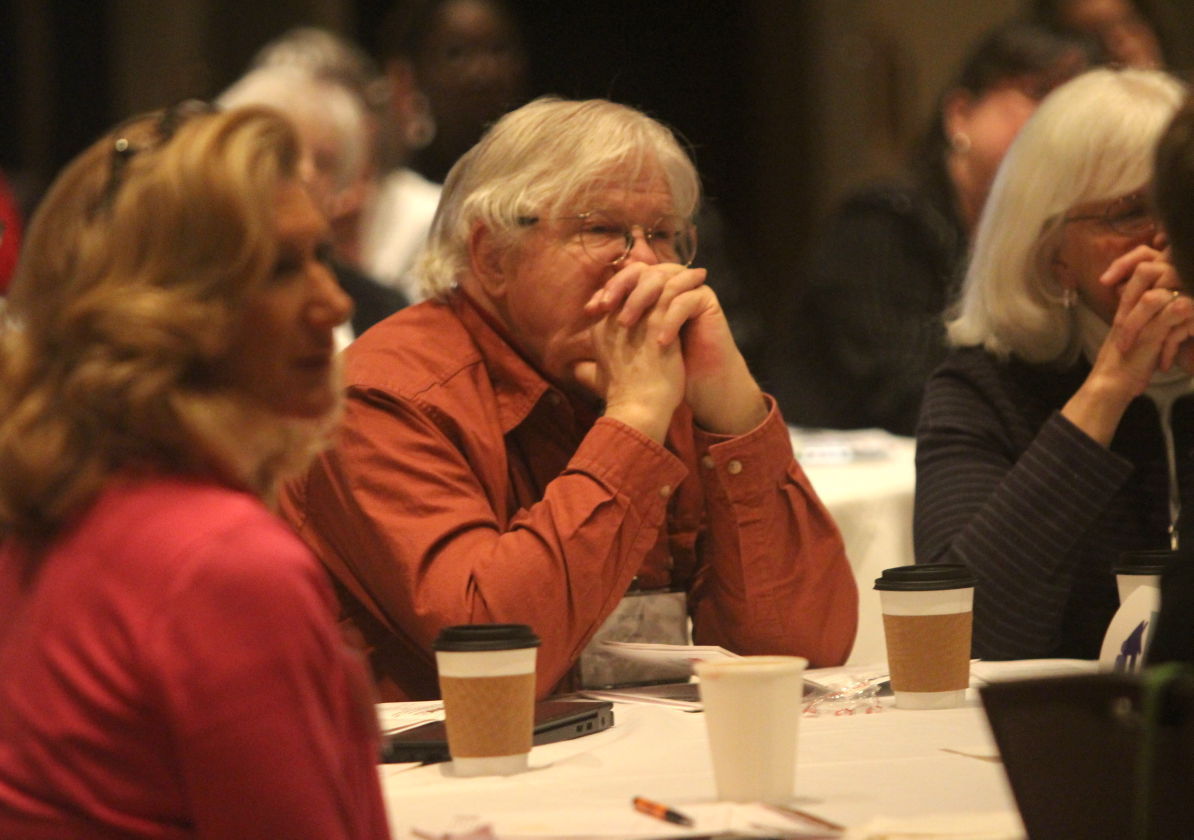 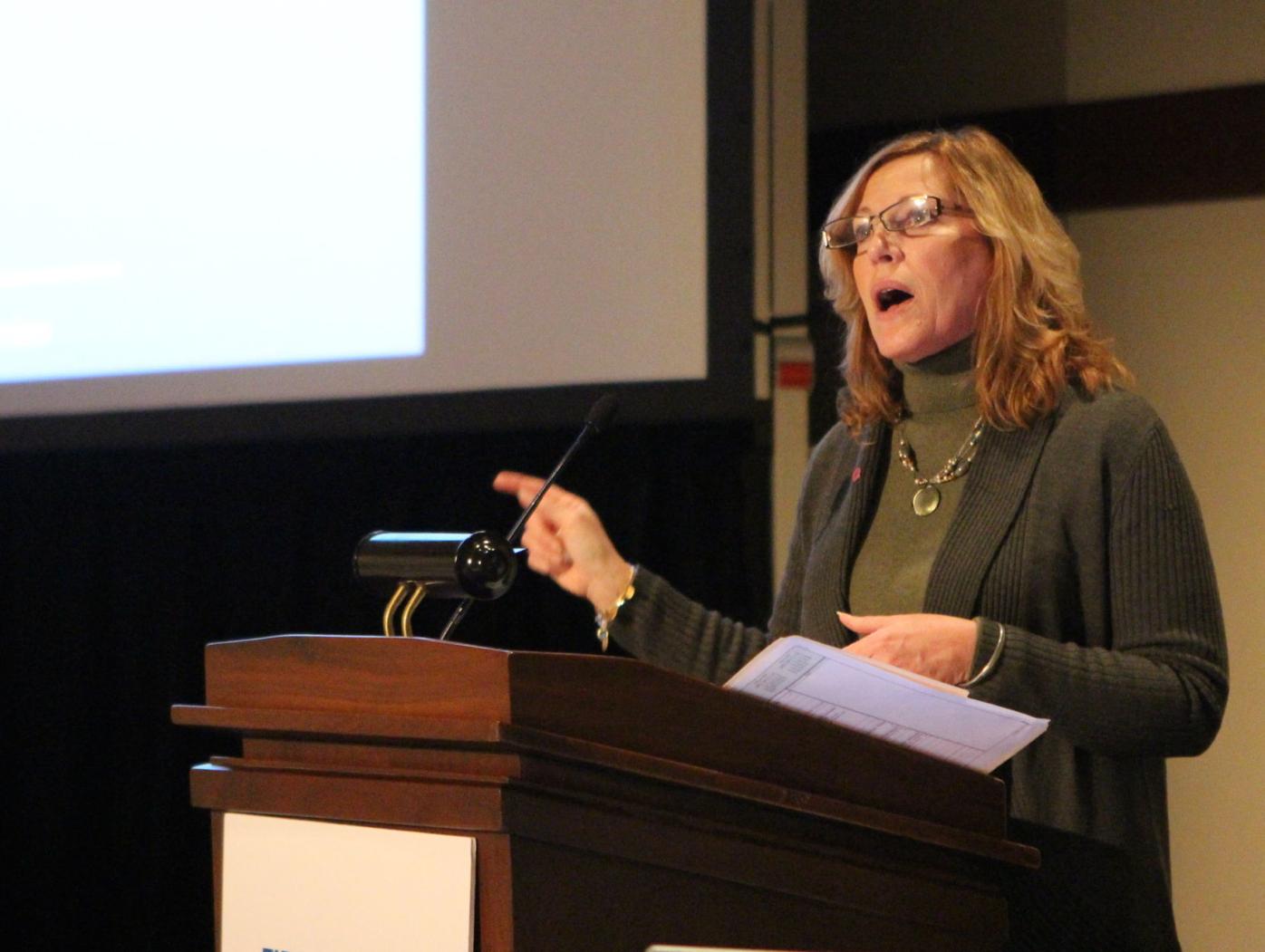 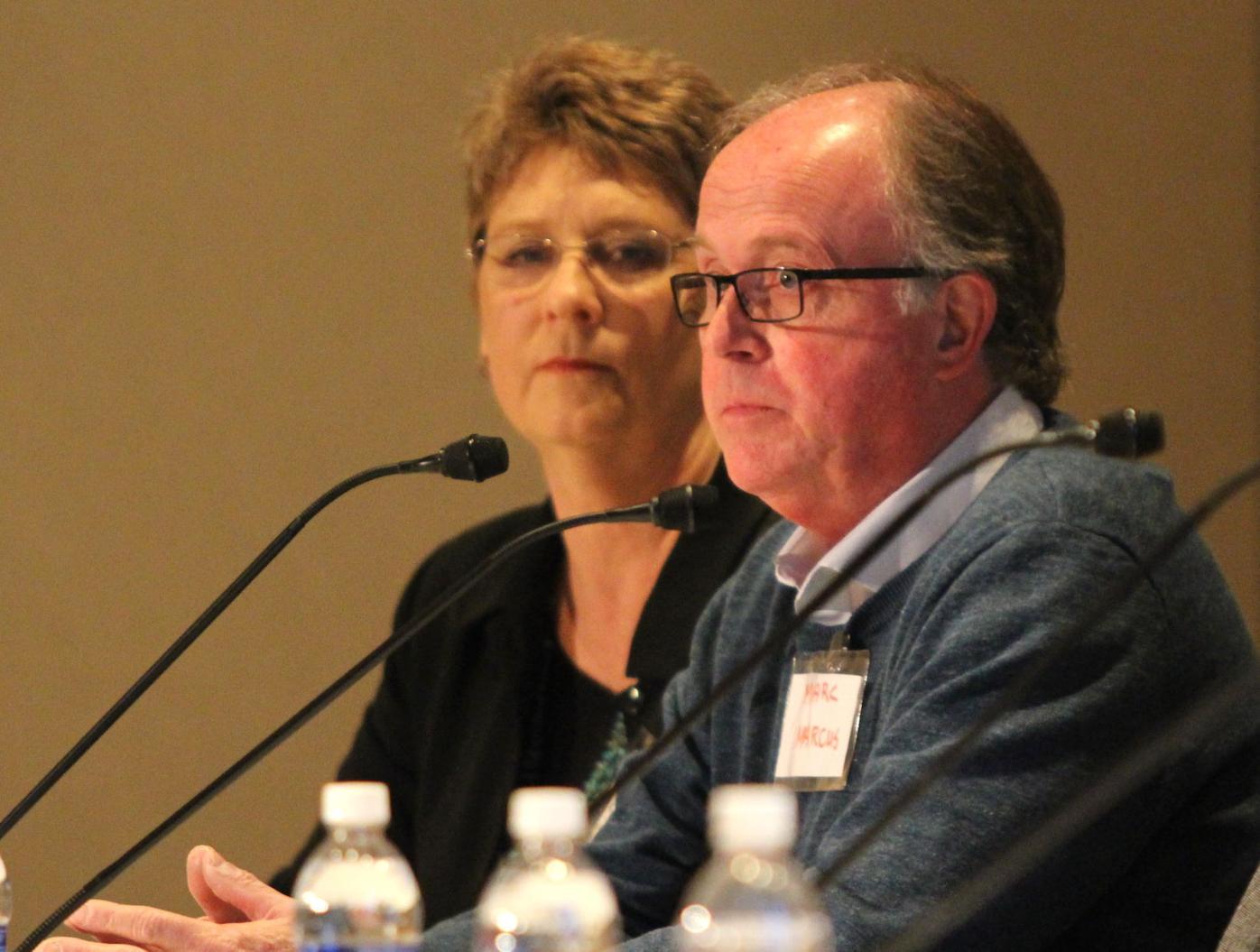 For a Newarker in need, the road to help is often winding.

There is no shortage of government agencies and nonprofits willing to provide assistance, but the challenge is getting connected to the right group. Even when someone approaches a nonprofit for help or calls the statewide 2-1-1 helpline, finding the needed resources can be difficult.

“We’re all trying to impact the same people,” said Mayor Polly Sierer, who also serves as president of the Newark Area Welfare Committee. “There are a lot of great organizations helping, but one doesn’t know what the others have to offer.”

For example, she said, one group might be able to help someone pay his or her rent but due to grant restrictions is not able to cover the security deposit. However, another group with a different funding source might be able to do so.

With that in mind, two-dozen Newark-area groups took a step toward better collaboration last week at the Greater Newark Area Resource Summit at Clayton Hall. Organized by Sierer and State Rep. Paul Baumbach, the Feb. 11 event drew more than 100 people for a morning of networking, keynote speeches and a panel discussion.

“The biggest gap is knowing one another,” Baumbach said. “I want people to build their rolodexes.”

Tyrone Jones, director of community impact for the United Way of Delaware, compared helping people to baking a cake – each nonprofit represents an ingredient necessary for the final product.

“When we’re trying to meet the needs of people, it’s a cake that is continuously evolving,” Jones said. “There’s no single ingredient.”

Rita Landgraf, Secretary of Delaware Health and Social Services, said it is important to realize the benefits of partnerships between organizations.

“When we take a community-based concern, we can create positive change,” Landgraf said.

She pointed to the effort last year to end homelessness among veterans in Delaware, adding that 284 of the 288 homeless vets who were identified have since found housing.

Sierer said many people think of Newark as an affluent town, but the booming business district and college-town feel belie the fact that many Newarkers are struggling.

“I think the average population in Newark doesn’t think we have a need other than the few homeless people they see on Main Street,” Sierer said.

But need goes beyond homelessness, she said. It could involve people on the brink of homelessness or who find themselves suddenly unable to pay their bills.

“A lot of these folks are people we know,” she said. “It may be your neighbor who just lost their job.”

Delaware 2-1-1, run by the United Way, annually takes 100,000 calls from people in need and connects those people with the resources they need. Last year, approximately 8,000 of those calls came from the greater Newark area.

During the panel discussion, an audience member asked why Newark does not have a homeless shelter.

“We need it for sure,” said Marc Marcus, director of the Newark Empowerment Center. “It’s hard to develop and it’s hard to fund it.”

Newark has not had a shelter since the Emmaus House on Continental Avenue closed due to a lack of funding several years ago. The Newark Empowerment Center, in collaboration with local churches, organizes Code Purple shelters on nights when the temperature is below 20 degrees. On a recent night, 39 people showed up, Marcus said.

Officials say a permanent shelter is likely years away and is complicated by the fact the federal government now prioritizes permanent housing, meaning less funding is available for temporary shelters.

Sierer said she is working on an initiative in which a nonprofit or group of nonprofits will purchase and renovate townhouses somewhere in the Newark area to allow homeless people to live as a group and be given access to counselors and other resources to help them get back on their feet.

She also wants the city or a nonprofit to establish a drop-in youth community center in Newark.

Though many people spoke at last week’s summit, it was one of Newark’s youngest philanthropists who provided the most inspiring words.

Braeden Mannering, 12, founded Brae’s Brown Bags, which has provided more than 5,000 bags of food to homeless people. He is now attempting to expand his efforts to all 50 states by encouraging other kids to establish their own chapters of the organization.

“I’m very lucky I’ve never had to worry about being hungry, but one in five kids do have to worry,” Mannering said, explaining that means six of his 30 classmates could be hungry. “That thought makes me sad.”

“Some of you in this room are big givers, and that makes me happy,” he added.

The Gauger-Cobbs Middle School sixth-grader then issued a challenge to the roomful of adults.

How to get help