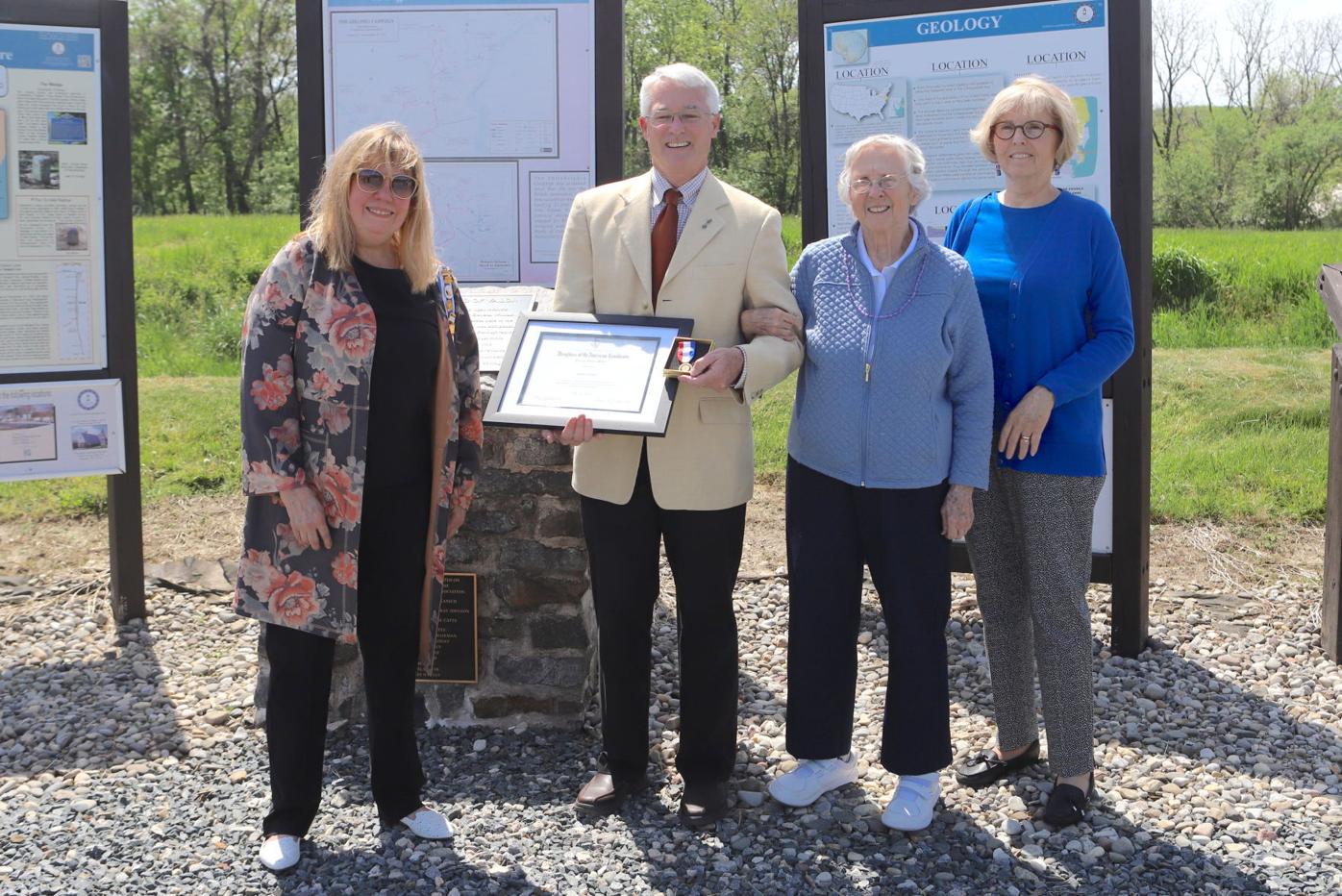 Joined by his family, Wade Catts (center) receives the DAR History Award from Sarah O’Donnell (left), regent of the Cooch’s Bridge Chapter of the Daughters of the American Revolution. 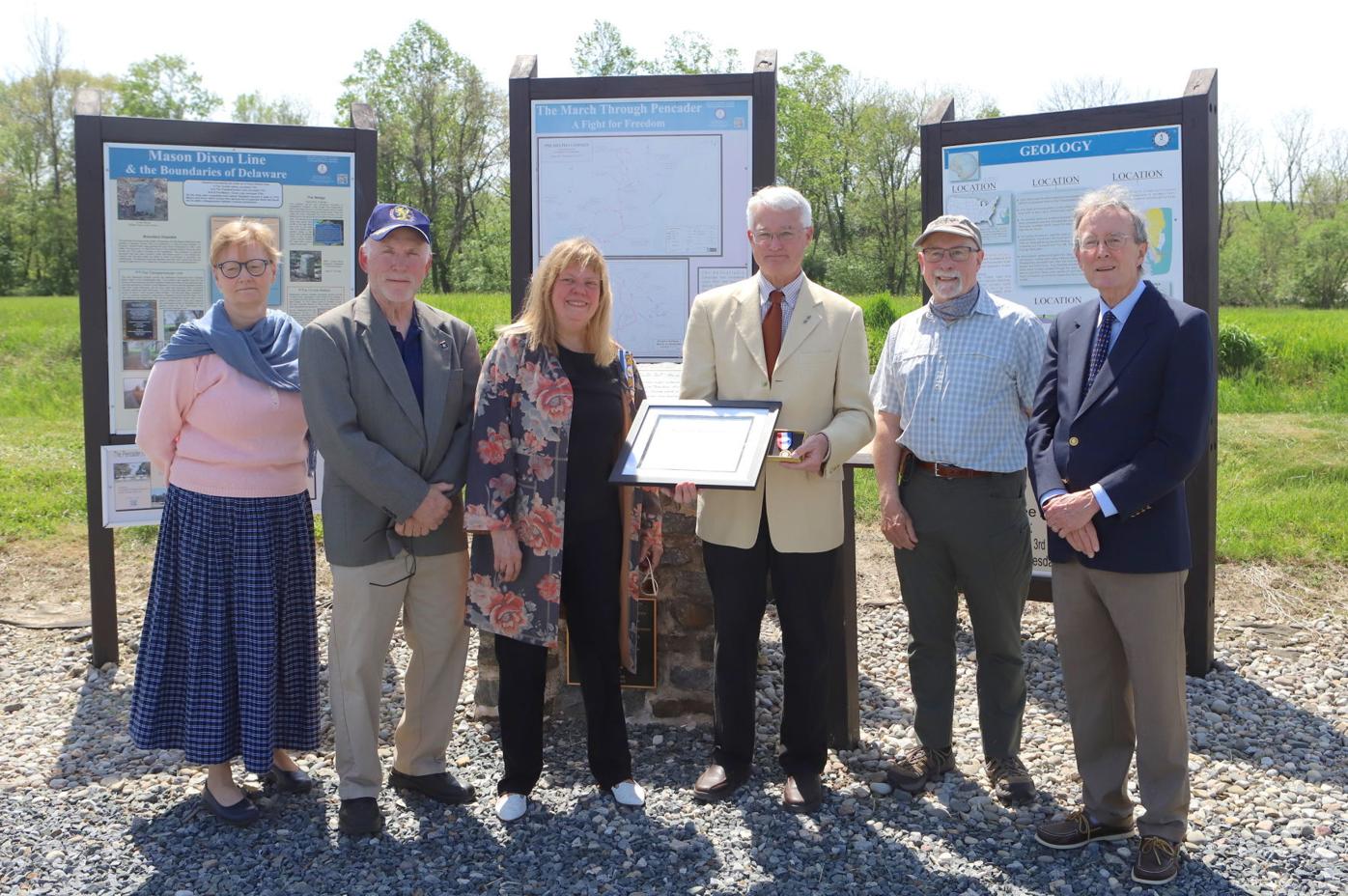 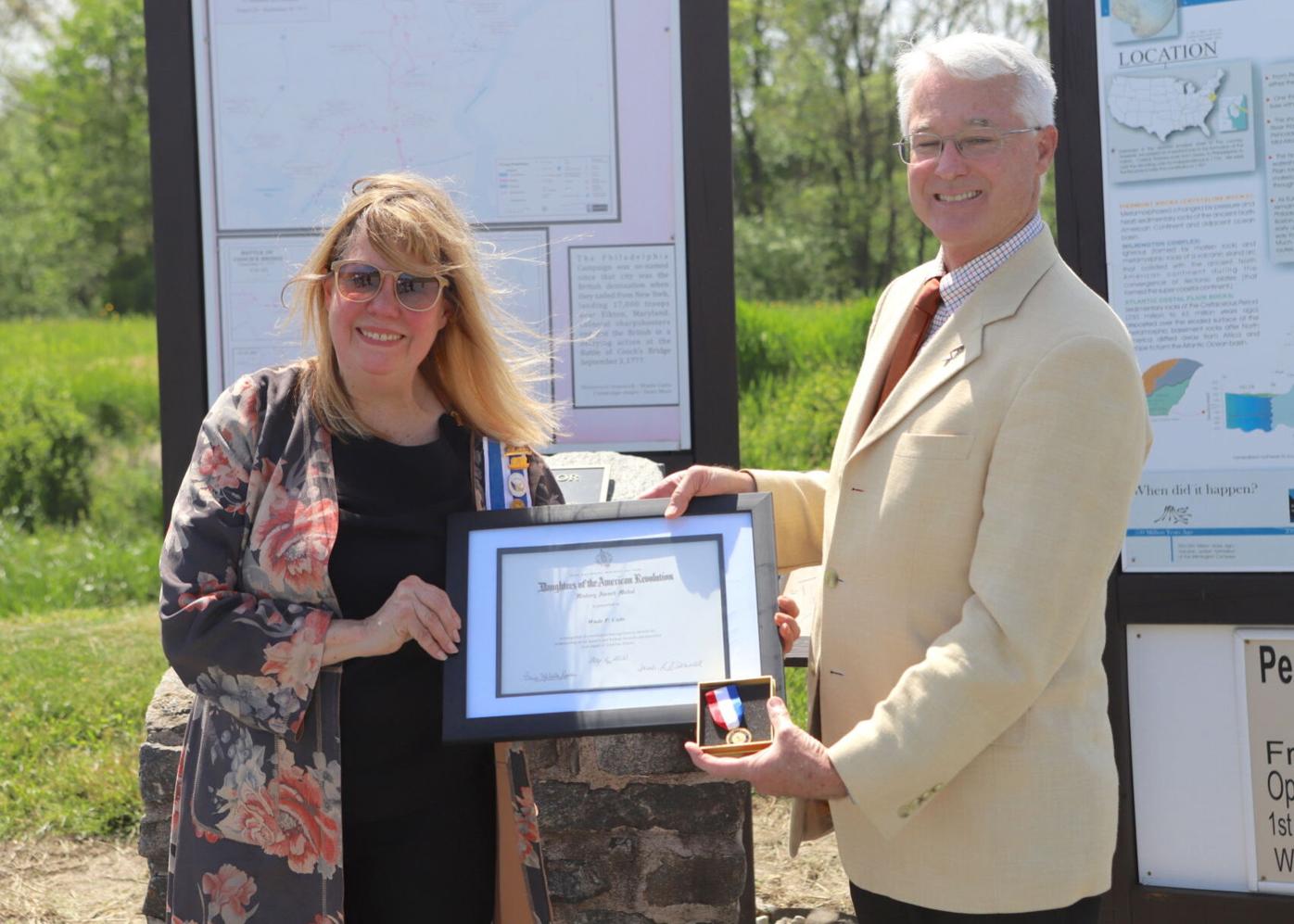 Joined by his family, Wade Catts (center) receives the DAR History Award from Sarah O’Donnell (left), regent of the Cooch’s Bridge Chapter of the Daughters of the American Revolution.

As a child growing up in Robscott Manor, Wade Catts often biked past the Cooch house on Old Baltimore Pike. He became fascinated with the monument outside and the house’s unique place in Revolutionary War history.

“You’re looking at American history, saying, ‘Wow, this is here, in my town,’” Catts recalled earlier this month.

He started studying the Battle of Cooch’s Bridge for a middle school project and never stopped his research into Delaware’s only Revolutionary War battle. Today, some five decades later, Catts is considered one of the pre-eminent scholars on the battle and Delaware’s role in the war.

On May 1, the Cooch’s Bridge Chapter of the Daughters of the American Revolution honored Catts with the DAR History Award Medal, a prestigious award that requires a lengthy approval process from the national organization.

“Mr. Catts has contributed to the greater understanding of American history by sharing his almost 40 years of professional experience as an archeologist with his local community through historical research and cultural research management of historic sites,” Laura McCrillis Kessler, historian general for the National Society Daughters of the American Revolution, wrote. “Mr. Catts’ extensive research and knowledge of Mid-Atlantic regional history and historic preservation greatly reflects the meaning behind this award.”

A graduate of Glasgow High School and the University of Delaware, Catts is a registered professional archeologist. He has conducted archeological research at the Cooch’s Bridge site and worked as an archivist for the Cooch family, along with work at numerous other historical sites. He is currently working on a book about the history and archeology of the Battle of Cooch’s Bridge.

“What an asset Wade has been to Delaware and to history in general,” said Judge Richard Cooch, whose family lived at the historic house for generations before donating it to the state in 2018. “He is really a Delaware treasure. We’re lucky to have him so interested and capable as he is.”

The Battle of Cooch’s Bridge took place Sept. 3, 1777. British and Hessian troops landed at the Head of Elk — now Elkton, Md. — and marched toward Philadelphia in an ultimately successful attempt to capture the colonial capital. Gen. George Washington sent 800 soldiers to Cooch’s Bridge to scout out and delay the enemy, ordering them to “provide every possible annoyance.”

Hiding in the woods west of the bridge, the Continental Army and militiamen ambushed the approaching British troops. The fighting lasted for a few hours before a British charge forced the Americans to retreat. The British occupied the area, including the Cooch house, for five days before marching through Newark and onto the Battle of Brandywine.

Approximately two-dozen continental soldiers died during the battle and are believed to be buried somewhere on the battlefield, though their graves have never been located.

Now owned by the Delaware Division of Historical and Cultural Affairs, the Cooch house is being inventoried and repaired and will eventually be accessible to the public.

Starting Saturday, the Pencader Heritage Museum is resuming regular hours after being closed due to the pandemic. The museum is located on the Cooch's Bridge Battlefield and includes exhibits about the battle and the broader history of Pencader Hundred. Located at 2029 Sunset Lake Road, the museum is open the first and third Saturdays of each month from 10 a.m. to 4 p.m. and every Wednesday noon to 4 p.m. Admission is free, but masks and social distancing are required.