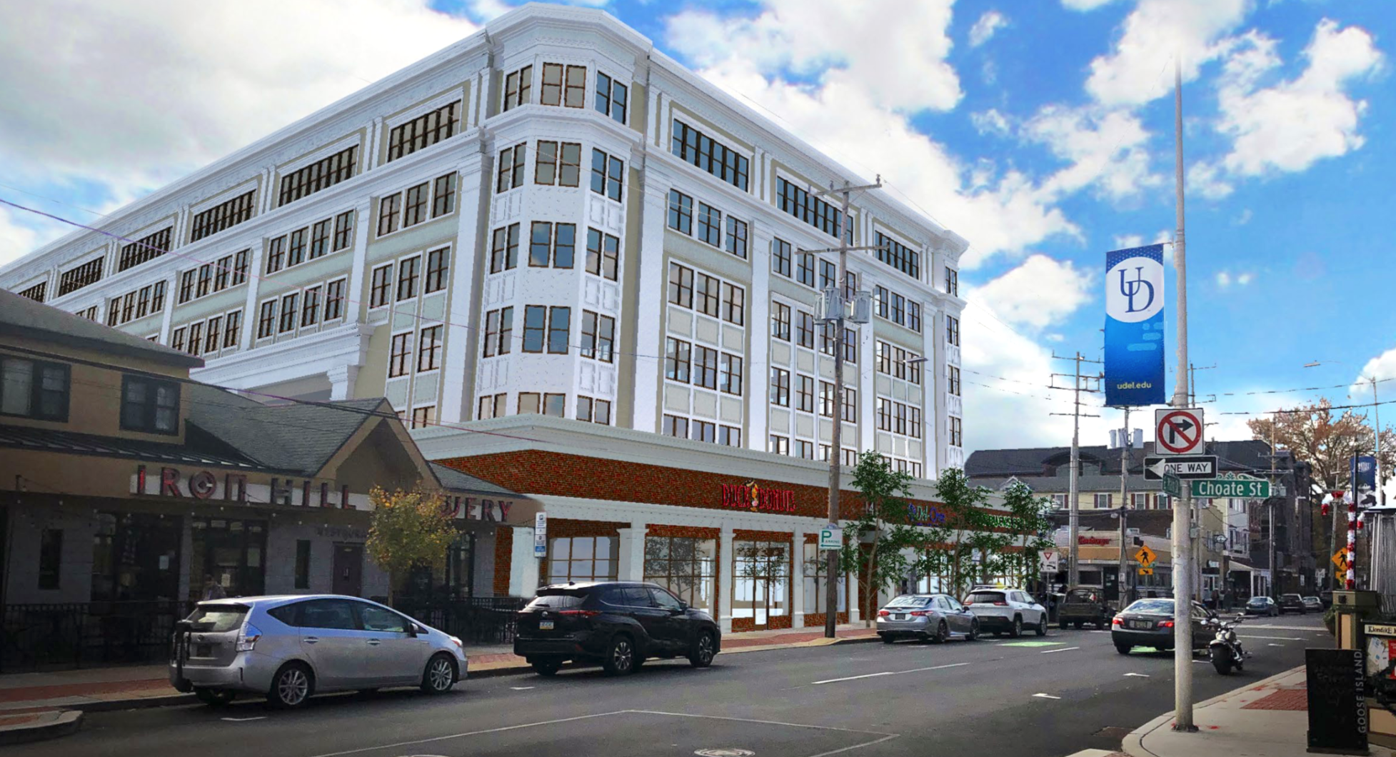 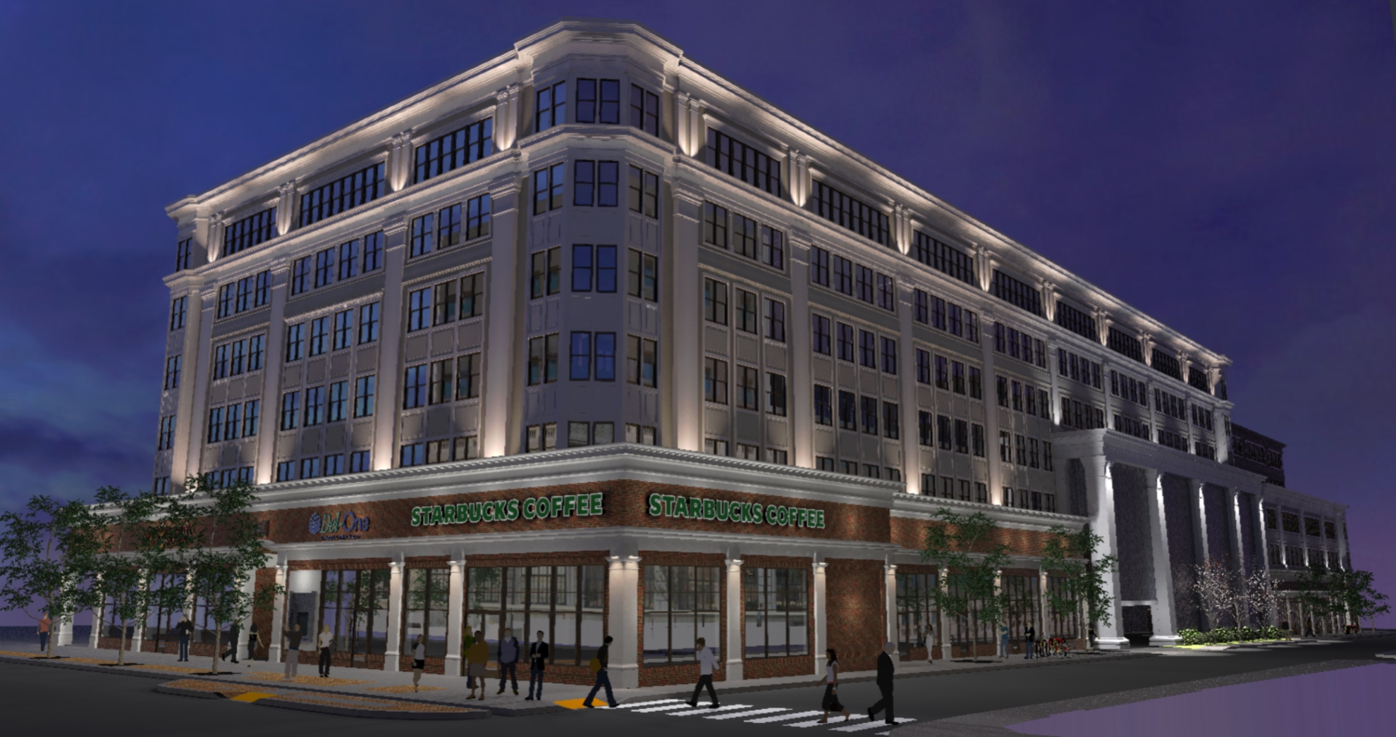 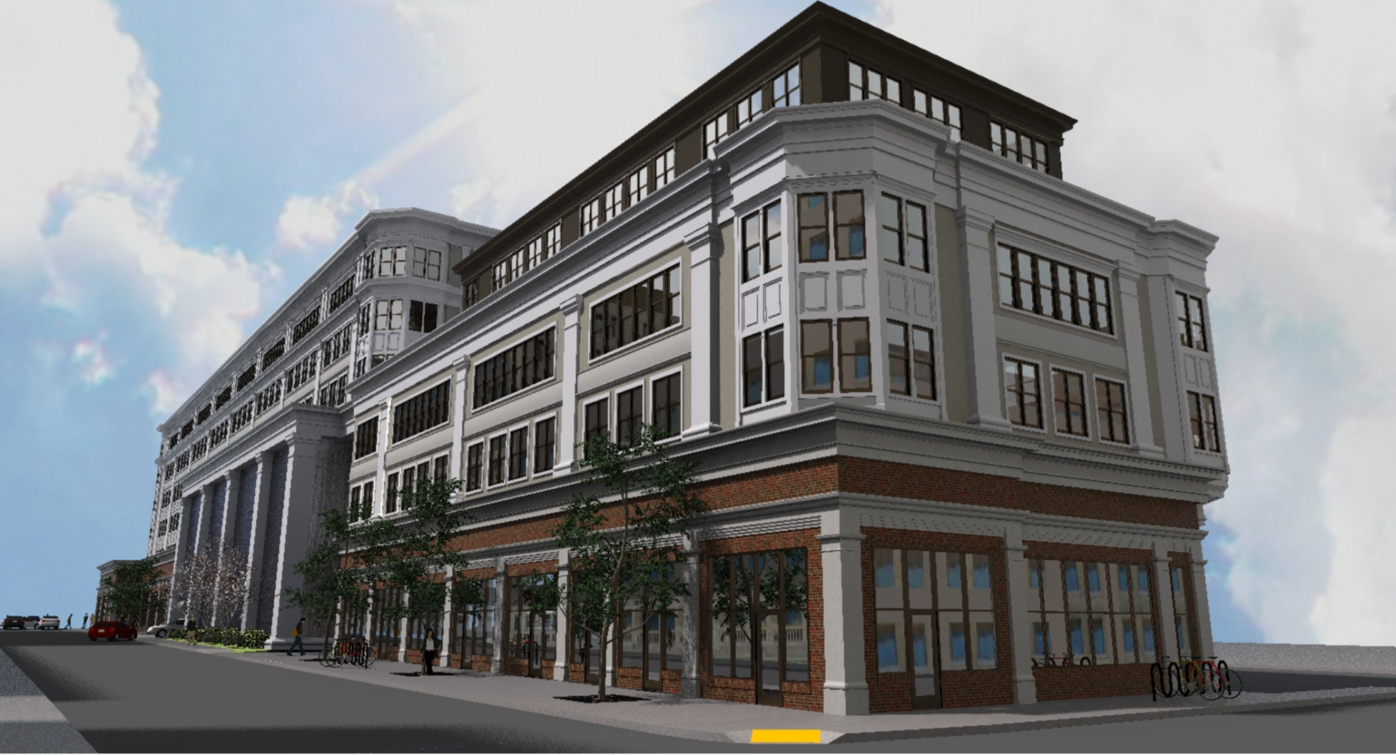 A rendering shows the Delaware Avenue side of the six-story building planned for 141 E. Main St. 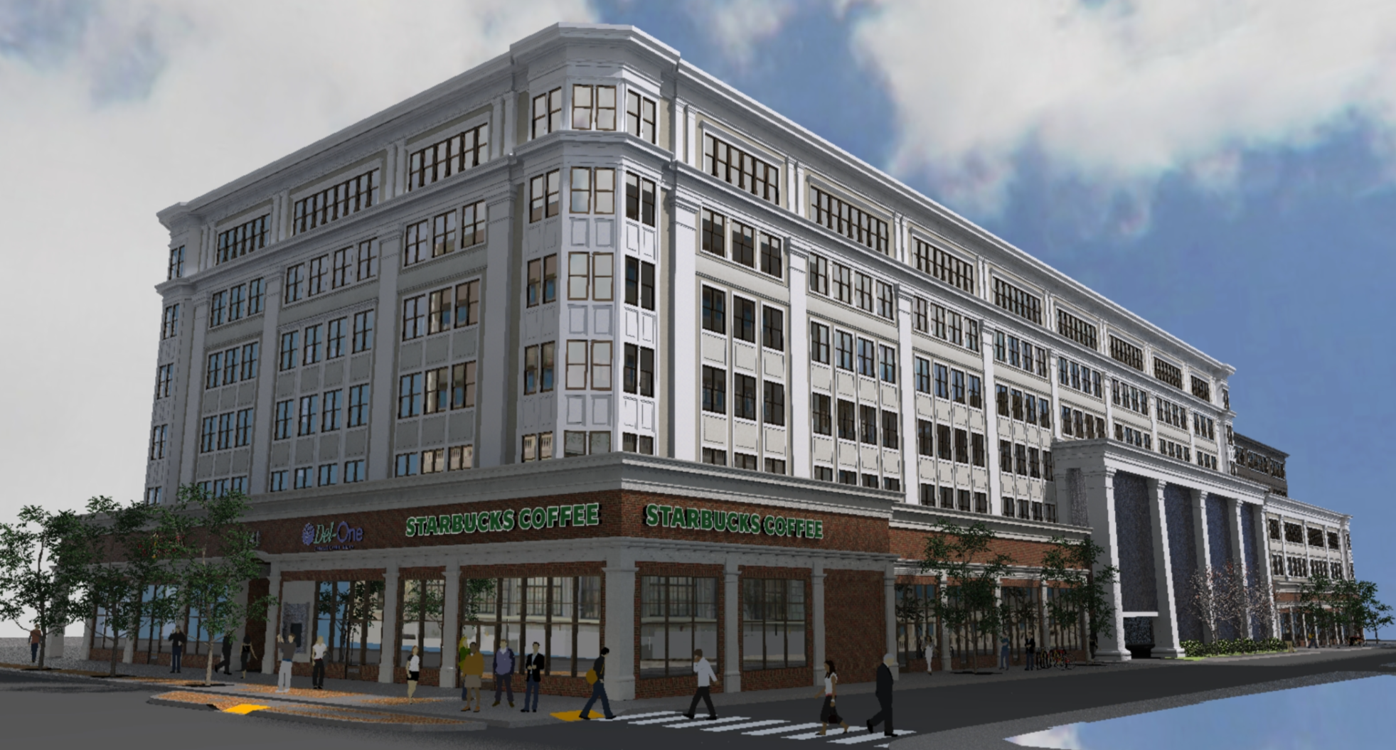 A rendering shows the Delaware Avenue side of the six-story building planned for 141 E. Main St.

Acknowledging it lacks the legal grounds to block a controversial project, city council on Monday reversed an earlier decision and gave a developer the go-ahead to build a six-story apartment, retail and parking garage complex at the corner of Main and Haines streets.

However, council also recognized long-simmering criticism of development projects downtown and agreed to consider imposing a moratorium on new projects while it studies possible changes to the code.

“I think the residents of Newark expect maybe a little bit different approach from us on some of the zoning laws that have been in place for decades now,” Mayor Jerry Clifton said.

On May 10, council rejected the 141 E. Main St. project in a 4-3 vote. But after a closed-door meeting with its attorney a week later, it announced it would reconsider the vote. The issue revolved around the legality of the reasons some council members gave for rejecting the project.

“Based on my many, many years on council, in my opinion, there was really some confusion among council members about the criteria to be considered,” Clifton said. “We owe it to the citizens of Newark and to the applicant to ensure the proper criteria is considered.”

City code stipulates that approval should be based on factors such as common open space, unique treatment of parking facilities, outstanding architectural design, association with the natural environment including landscaping, relationship to neighborhood and community and/or energy conservation.

Denial for reasons other than those listed – such as Councilwoman Dwendolyn Creecy’s concern that the apartments would be priced for the high-end market instead of her working-class constituents – could leave the city open to litigation.

On Monday, council approved the project 5-1. Creecy and Councilwoman Sharon Hughes changed their votes from no to yes, and Councilman Jay Bancroft once again voted in opposition. The fourth ‘no’ vote last month, Councilman James Horning Jr., has since resigned from council.

Creecy said Monday that she had decided to support the project after learning about potential legislation that could help low-income people find housing, though it wasn’t immediately clear what legislation she was referring to.

“It sounds like somebody is swooping down below and actually listening to my constituents over here in District 4,” she said. “I am also in agreement with the fact that there will be added parking and things of that nature for the businesses that reside on Main Street.”

Hughes said she remains disappointed that the University of Delaware has shifted the burden of housing students to private developers, which in turn affects Main Street.

At 78 feet, the building will be the tallest on Main Street.

The plan calls for a six-story, 17,500-square-foot building that will extend all the way back to Delaware Avenue. The Duck Donuts and Starbucks/Del-One buildings will be incorporated into the new building with a new façade – meaning the iconic Post House building, now occupied by the doughnut shop, will essentially disappear – while the former Wooden Wheels space and the Simon Eye building will be demolished.

The new building will include first-floor retail fronting on Main Street and retail or office space fronting on Delaware Avenue. The three existing tenants are expected to stay.

It will also include a four-story parking garage and 80 two-bedroom student apartments on the upper floors. The garage will have 221 spaces – 120 that would be reserved for residents and 101 that would be allocated for public parking.

Clifton said the public parking is a benefit to the city.

“I think it's important to remember that we are, as a community, getting something out of this,” he said.

He added that Newark needs places for students to live, and building high-density housing downtown prevents students from taking over residential neighborhoods.

“We've seen what happened, quite frankly, to East Park [Place],” he said. “I don't want to see this happen to Nottingham Green, Oaklands, Fairfield or any other community.”

Moratorium would ‘send a message that we are serious’

The project was supported by members of the business community who appreciated the parking it would create. However, many residents derided it as “a monstrosity,” “overwhelming” and “against the character of Newark’s Main Street” – all criticisms that have been lobbed at other recent projects as well.

“What needs to be recognized is our code, whether you agree or disagree with it, at this point in time allows for the size of this building to be built," Clifton said.

Now, council will look at ways to change the code to better reflect what Newarkers want to see downtown.

Immediately after Monday’s vote, Clifton announced that he would ask council to consider implementing a moratorium on development projects in the downtown BB zoning as well as the RA zoning that is common in student-dominated areas. Council will discuss that idea June 28.

Depending on how that discussion goes, council may task city staffers with examining the code provisions for those zoning classifications and proposing changes.

During a previous discussion earlier this year, Clifton said many of the concerns around development are apparent.

If implemented, a moratorium would halt new applications but would not affect projects already approved or working their way through the approval process – such as the Lang Development Group hotel, a mixed-use building under construction at the corner of Main Street and Tyre Avenue and a proposed five-story building at the site of the Super 8 motel.

“I can't say that it will stop every one of them, but I think it's going to send a message that we are serious at looking at changes,” Clifton said. “My expectation is that there's going to be a lot of public input in this.”