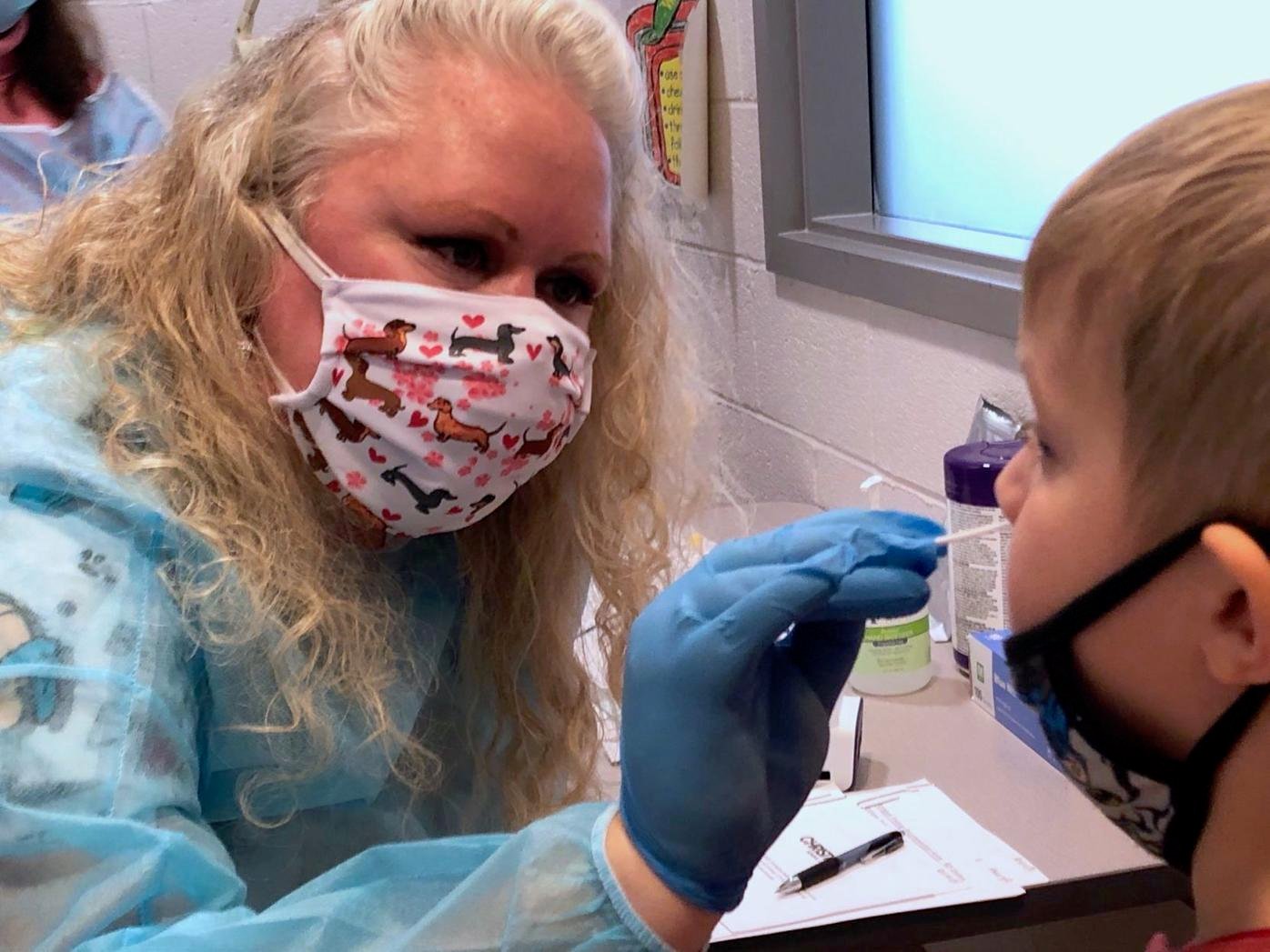 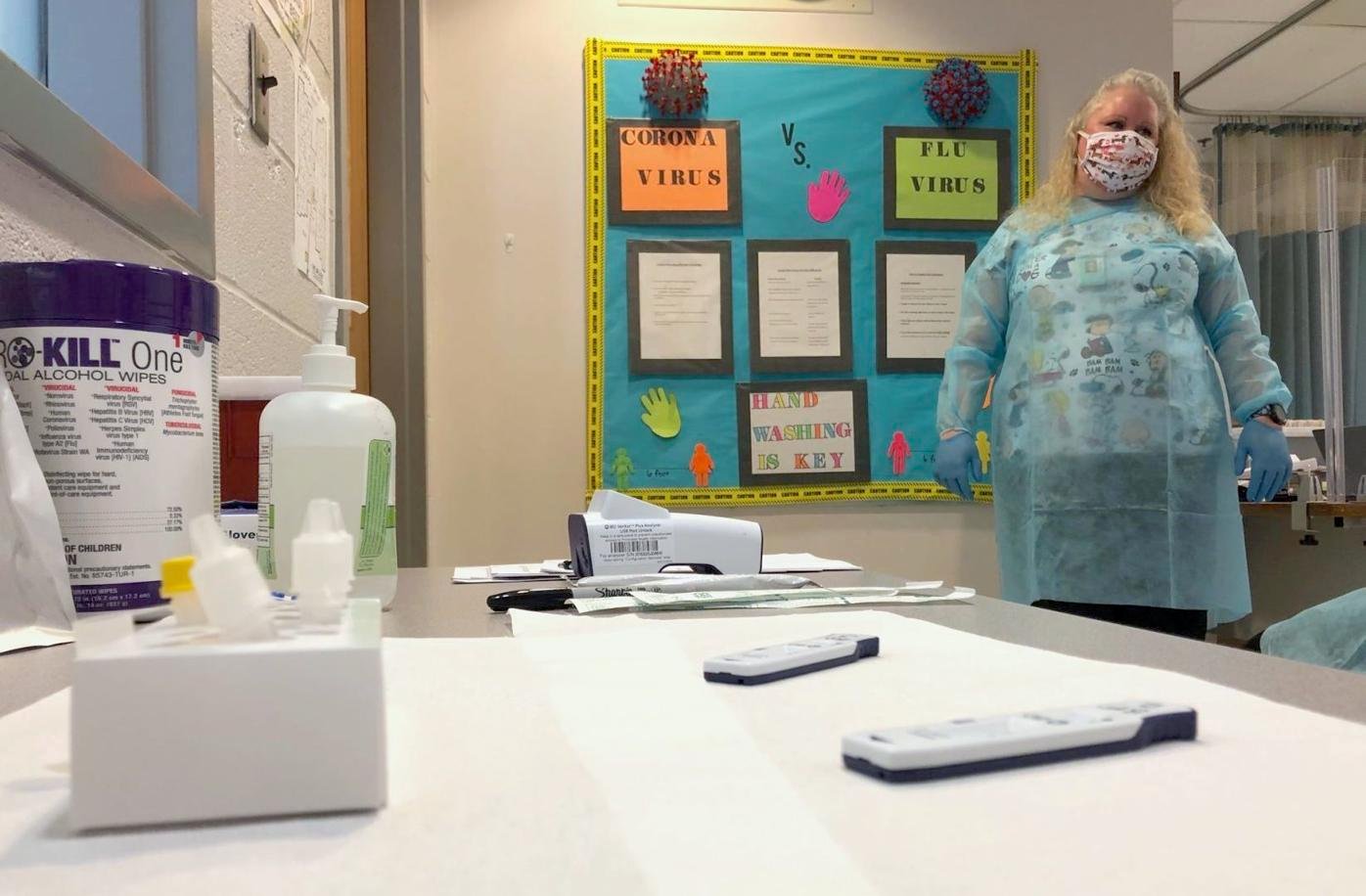 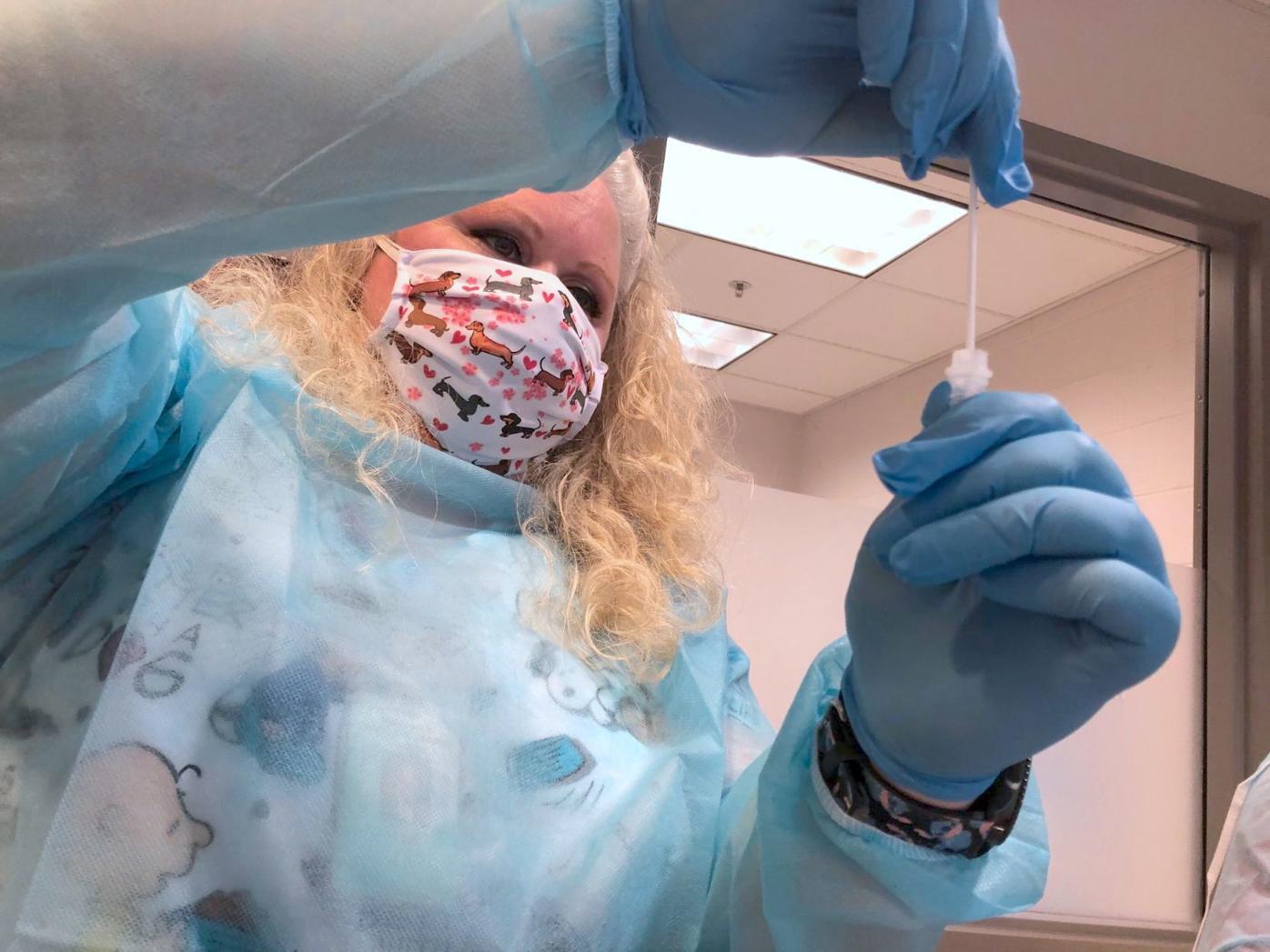 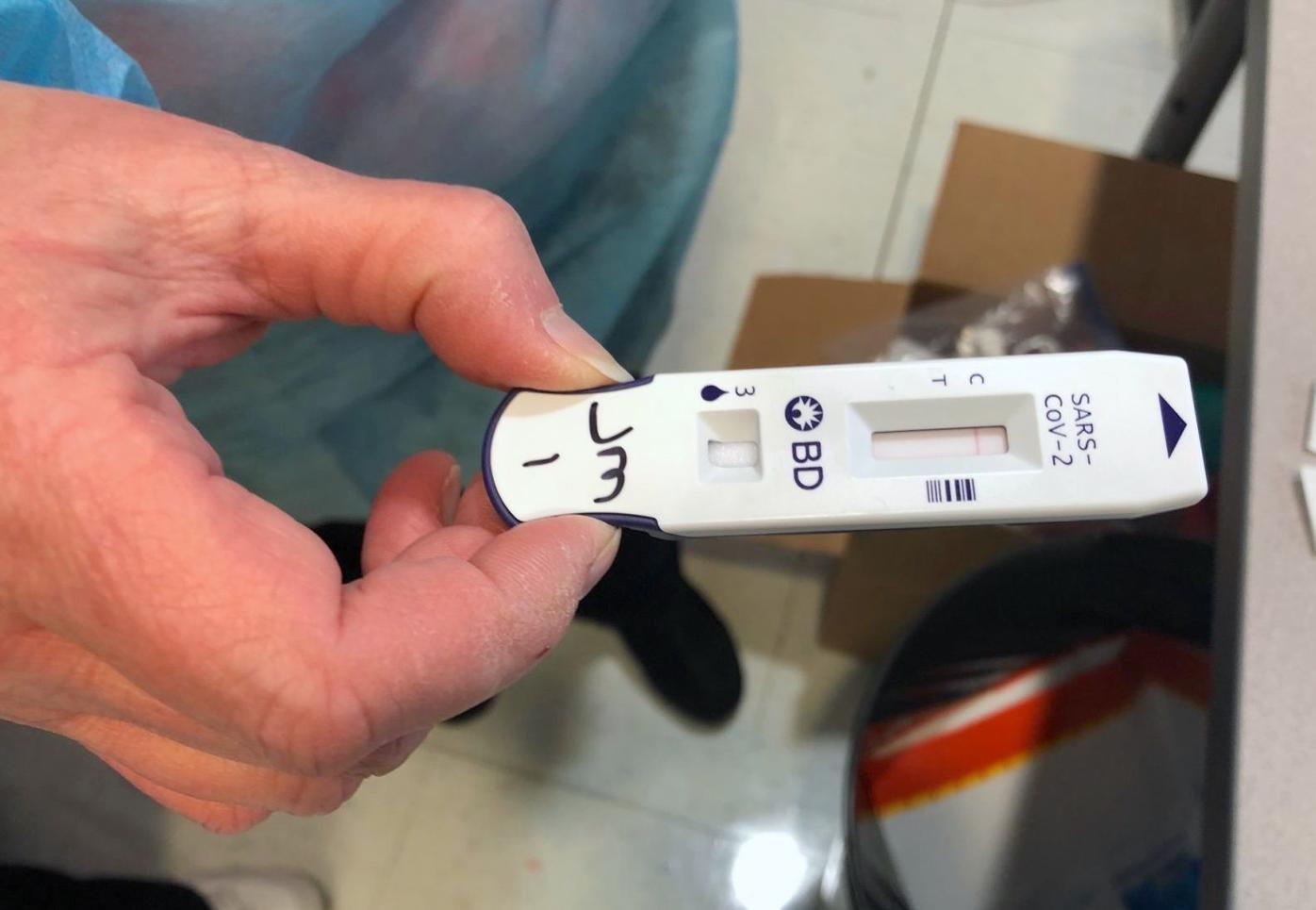 A small line of students waited outside of nurse Kristie Hill’s office at Keene Elementary School to receive a rapid antigen coronavirus test on Tuesday. One by one, they went in, and Hill put a swab up their nose.

After a bit of laughter, the sample was taken and 15 minutes later, Hill had the student’s COVID-19 test results.

The testing at Keene is a result of the Christina School District expanding antigen testing to all 29 of its schools after a successful pilot program at Gallaher Elementary School.

The supplies and the first batch of analyzers were provided by the state government. Christina, according to Kleinschmidt, is the largest district in Delaware conducting antigen testing. The test is intended to primarily detect asymptomatic carriers of the virus.

“It’s highly encouraged, but it’s not required,” said Dean Ivory, senior director of technology and learning. ”We don’t want to create an exclusionary tool, but we do want to encourage as many families to participate as possible, just in the interest of best practice.”

The district has tested a total of 477 people as of Feb. 15, according to Theresa Inerfield, a high needs nurse for the district who oversees the testing program. Out of the 317 students and 160 staff, only two people tested positive for coronavirus.

Overall, including testing conducted outside of schools, 50 Christina students and 69 staff members have tested positive since September, according to data from the state, which includes anyone who tested positive within 48 hours of being in a school building.

Inerfield said other school districts who are interested in implementing a similar program have sent their nurses to Christina to observe. Every nurse in the Christina School District knows how to administer an antigen test. She said the hardest part was not the training, but the amount of equipment the district had available.

“The hardest part actually was, there’s 29 schools, and we only had six analyzers. So it’s just getting the analyzers from school to school,” said Inerfield. “But the district has decided it’s worthwhile, so they’re going to be ordering analyzers for every school.”

The total cost to the district to purchase 30 devices, enough to supply every school, was less than $15,000.

Ivory views the antigen tests as an important tool to mitigate the spread of COVID. Most of the tests administered in Delaware have been PCR tests, which are generally more accurate but take a couple days to get results. In partnership with the state, Christina also offers weekly PCR testing for families who are interested.

Because antigen testing is done in-house by school nurses, they can be offered on a daily basis.

If a student tests positive on an antigen test, he or she is removed from the school as soon as possible. Schools have an enclosed quarantine area with windows so the student can be observed by nursing staff. At Keene, they use Hill’s former personal office, where students can quarantine until a parent or guardian can arrive to pick them up.

The student is later given a PCR test to confirm the presence of the virus. Then the student undergoes the standard 10-day quarantine.

All staff, teachers, custodians, culinary workers, and bus drivers are eligible for testing. Students are tested during the school day, while teachers are tested after classes have ended.

Students who report to the nurse with medical issues take priority over COVID testing because testing can be rescheduled unlike the effects of an illness. Hill, a nurse for 20 years and a school nurse for three years, said that she’s had to adapt to taking care of people without physical contact.

“It’s more using verbiage to calm them down,” said Hill. “You get down on their level, but with distance, and you talk to them and reassure them.”