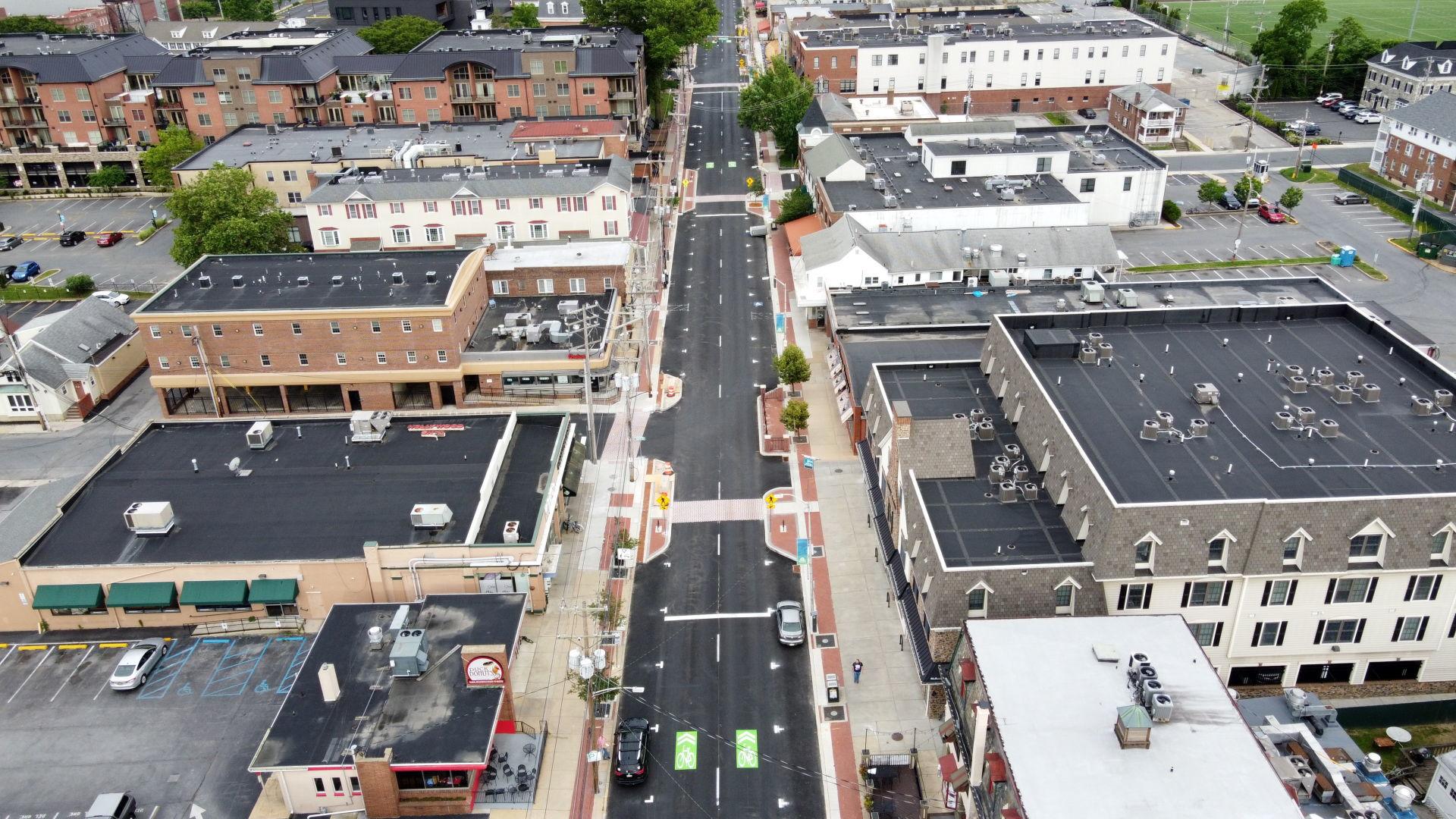 PHOTO COURTESY OF THE CITY OF NEWARK

A drone photo shows the newly repaved Main Street. Last week, both lanes of traffic were open for the first time in nearly 15 months. The lengthy construction project is over except for a few finishing touches, which will be accomplished with short-term, localized daytime lane closures over the next few weeks.

Amid a national conversation about racism and the role of policing, a Newark councilwoman is calling for a citizen task force to study ways to rethink policing in Newark.

“The public definitely should have more of a say what police look like in our city,” Councilwoman Jen Wallace said Monday.

Wallace’s comments were prompted by protests across the country, including several here in Newark, that were prompted by the death of George Floyd, who was killed when a Minneapolis police officer knelt on his neck during an arrest. Many of the protesters have decried systemic racism in America and advanced the idea of “defunding” the police, which essentially means diverting some funding from police departments to social services and other organizations.

Though Wallace didn’t use that terminology, she essentially proposed the same concept: shifting some functions away from the Newark Police Department.

She noted that parking enforcement used to fall under NPD’s jurisdiction. In 2015, parking enforcement officers – who were unarmed civilians, not sworn police officers with arrest powers – were moved to the planning department, rebranded as “parking ambassadors” and given a friendlier-looking uniform.

“I think it’s possible that there are other functions of the city that do not require individuals with a weapon and trained the way police are trained to respond,” she said.

She mentioned dealing with homeless people and breaking up student parties as things to consider shifting away from the police department.

“I don’t know that we need an armed individual to do that, but I think the first thing that needs to happen is for there to be a larger community discussion around that,” she said.

Wallace, who is retiring from council when her term ends in August, said she hopes her colleagues keep the discussion going long-term. She urged the city to create a committee including the ACLU, NAACP, faith-based groups and other stakeholders in the community.

“Ultimately, the residents are the ones who pay the bills here, and they should have a say in what our entire budget looks like, but especially in regards to the police budget,” she said.

This year’s budget includes $15.7 million for the NPD, which accounts for 16 percent of the total budget and is the city’s largest expense outside of utility purchases. The department has 72 sworn officers, 12 emergency dispatchers and six other civilian employees.

None of Wallace’s colleagues on council addressed her proposal Monday, which she made during a portion of the meeting when council members are given a few minutes to speak about whatever is on their minds. However, she did get support from resident Sam Van Horne, who addressed council later in the meeting.

“Are we more interested in policing our citizens rather than supporting the development of our community? Why are we not investing more money in support for our programs for youth and seniors, health care and housing?” Van Horne said.

He said that some other cities are looking at ways to reallocate more resources to community support programs, and Newark should do the same.

“With robust investment, other community agencies can work with our neighbors and provide them with support without placing minority residents at risk of disparate outcomes due to contact with the police,” Van Horne said.

An NPD spokesman declined to comment on Wallace’s proposal.

Wallace also called for the creation of a diversity, inclusion and equity committee that would examine Newark’s laws, policies and procedures to determine if changes are needed to be more sensitive to issues surrounding race, LGBTQ issues, transgender rights and disabled rights.

“What exists in our code and our policies and procedures and practices that we might not really be aware of, but that are discriminatory?” she said. “It doesn’t matter whether we think it’s that way, it matters if these groups or individuals perceive it to be that way.”

She noted that next week, council will discuss ways to diversify the city’s boards and commissions but said Newark needs to do more to “combat some of the ills that are built into our very system of government.”

“It might appear that we do not have the problems that other cities have, but I guarantee you that there are people out there who don’t see it that way,” Wallace said. “It’s not a judgment, it’s just that inherently, many of our institutions have it built into it. We have to do our best to address it and remedy systemic racism.”

The Kappa Alpha “KAstle” on Amstel Avenue might once again be used as a fraternity house after Newark loosened its laws regarding fraternity and sorority houses in the wake of a lawsuit filed by Kappa Alpha.

The Kappa Alpha "KAstle" on Amstel Avenue might once again be used as a fraternity house after Newark loosened its laws regarding fraternity and sorority houses in the wake of a lawsuit filed by Kappa Alpha.

The Kappa Alpha "KAstle" on Amstel Avenue might once again be used as a fraternity house after Newark loosened its laws regarding fraternity and sorority houses in the wake of a lawsuit filed by Kappa Alpha.

Of the 51 fraternities and sororities recognized by the University of Delaware, only nine have their own houses.

That could soon change, however, now that Newark has legalized the creation of new fraternity and sorority houses.

Facing a lawsuit from Kappa Alpha, city council voted Monday night to overturn Newark’s de-facto ban on fraternity/sorority houses – giving Kappa Alpha a way to resume use of its historic house on Amstel Avenue and opening the door for the creation of new fraternity or sorority houses elsewhere in the city.

In 2002, city council approved an ordinance that essentially outlawed fraternity and sorority houses in Newark. The only exceptions are properties owned by the University of Delaware – which is exempt from most zoning regulations – and existing fraternity/sorority houses that are grandfathered in as a legal non-conforming use. By law, a fraternity or sorority loses that grandfathered status if the organization is suspended for more than a year.

Under the new law, fraternity and sorority uses can be allowed in areas zoned RM or RA, which are zoning classifications that allow apartment buildings and are most common in student-dominated areas. Approval is contingent on city council granting a special-use permit, which can have conditions attached and is not transferrable from one fraternity to another.

City council can vote to revoke the permit if the property causes problem, but it would not automatically be revoked if UD suspends the fraternity.

While the new law creates a path for fraternities and sororities to establish their own houses, Mayor Jerry Clifton said he does not expect a flood of applications.

Clifton noted that an organization would have to acquire land in the RM or RA zoning and then get through the city’s approval process. Most land in that zoning is already occupied by apartment buildings or townhouses.

“I’ve heard some concern about fraternities exploding all over in the RM zoning category,” Clifton said. “I think this is a creative solution for this house, but I don’t think this opens all these floodgates of other places doing the same thing.”

The law passed Monday was intended to resolve a legal battle over the fate of the Kappa Alpha “KAstle.”

The house, built in 1905 and known for its iconic castle-like design, was once a doctor’s office and has been occupied by the fraternity since 1946. However, that ended last year, when UD suspended Kappa Alpha.

The fraternity received an initial suspension for trashing hotel rooms in Ocean City, Md. When members returned to Ocean City for a graduation party in violation of the suspension, they received a four-year suspension.

The suspension triggered the loss of the property’s grandfathered status, meaning that under the existing law, it could never again be used as a fraternity house under current city law, even if Kappa Alpha was reinstated by the university.

The Kappa Alpha Educational Foundation, the nonprofit that owns the 115-year-old building, filed suit against the city last fall. The complicated legal dispute revolves around conflicting interpretations of the city’s zoning code and a comprehensive development plan designation that city officials say is a mistake.

At Newark’s request, the court stayed the lawsuit so the city could attempt to address the issue legislatively.

“We can’t say enough about how open-minded and fair-minded everyone has been on the city side on this piece of legislation,” Richard Abbott, a lawyer for Kappa Alpha Educational Foundation, said Monday night.

The law was opposed by the Newark Police Department, which expressed “very strong concerns” about unintended consequences of the legislation. While sanctioned fraternities and sororities have to follow strict guidelines established by the university and aren’t known for causing problems in the city, unsanctioned “underground” fraternities are an issue.

“If the proposed ordinance change results in an increase in new sanctioned fraternal organizations within housing structures on private property, some of those organizations, if their special-use permit is discontinued, could later convert into unsanctioned ‘underground’ organizations that cause the most severe problems in the community,” NPD wrote in a report to council.

The law as proposed by the planning department required that a fraternity or sorority be officially recognized by UD in order to apply for a special-use permit. However, under pressure from Kappa Alpha, council expanded eligibility to organizations chartered by a national fraternity/sorority organization, even if UD doesn’t recognize it.

Abbott argued that the special-use permit should not be tied to UD’s judicial system, which Kappa Alpha alleges is unfair. The fraternity has accused UD of levying unfair sanctions in an attempt to coerce the organization to sell its property, which it believes UD wants to buy.

“I have a problem with legislating to fix a problem for one particular property owner, and I have a problem with creating a whole new special permitting process for something that I don’t think that the majority of residents want,” Wallace said. “If we’re opening this process up to RM and RA zoning classifications, who knows where we could potentially end up with applications coming from for fraternities and sororities? And, again, that’s not a thing that I think that the majority of the residents in this city want.”

Many of the student-dominated areas of Newark are zoned RM or RA, including much of Cleveland Avenue, New London Road, North Chapel Street and the area surrounding Benny Street, Haines Street and South Chapel Street. Conceivably, a fraternity or sorority could also petition council to rezone a property elsewhere in the city.

Council’s action sets up the procedures for the special-use permit but does not automatically grant one to Kappa Alpha. The organization must now apply for a permit and go through another public hearing before council decides on its request.

The University of Delaware’s Memorial Hall is pictured in this file photo. The Delaware Department of Transportation is planning to rebuild the Interstate 95/Del. 896 interchange starting in 2022. 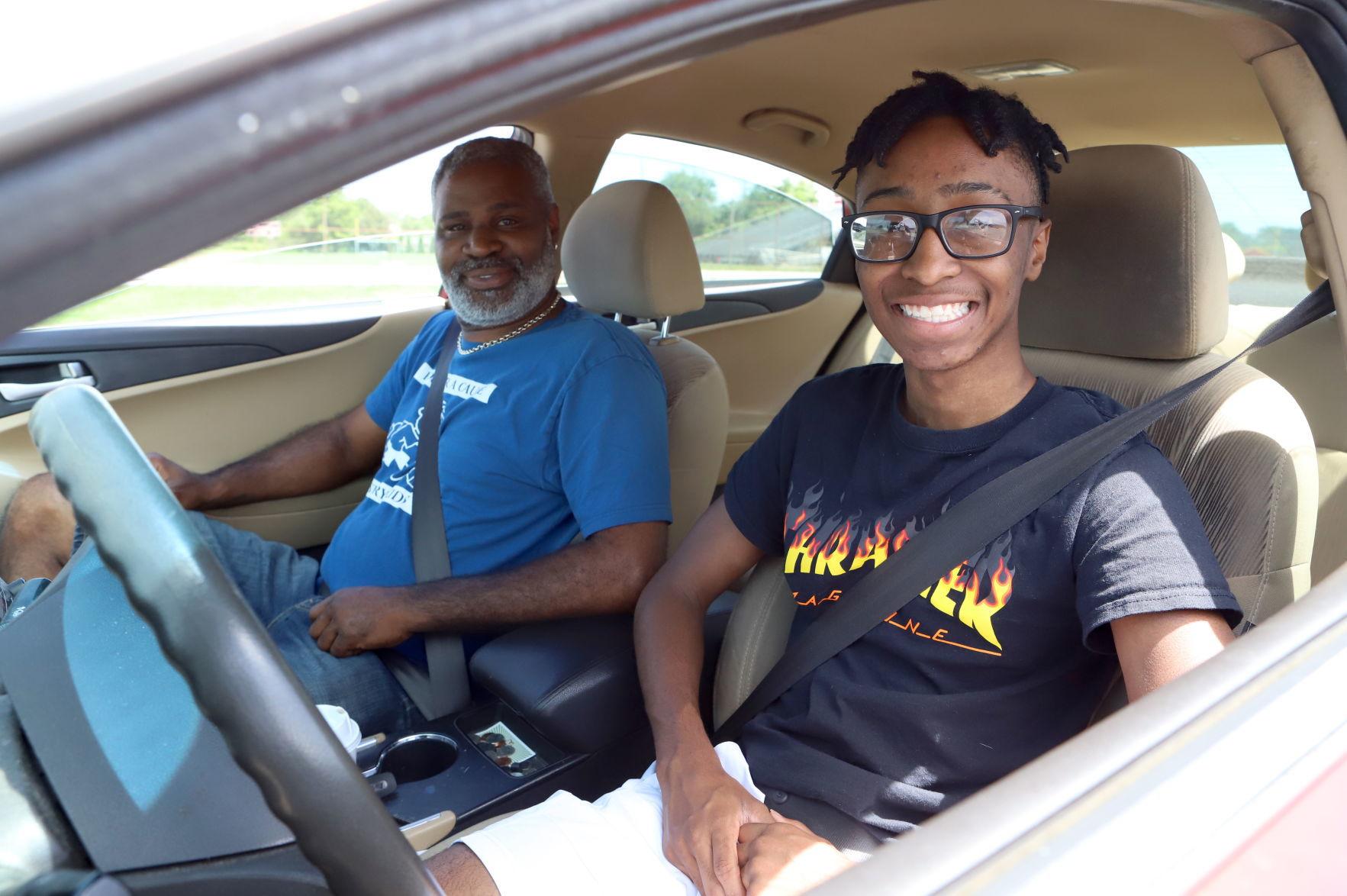