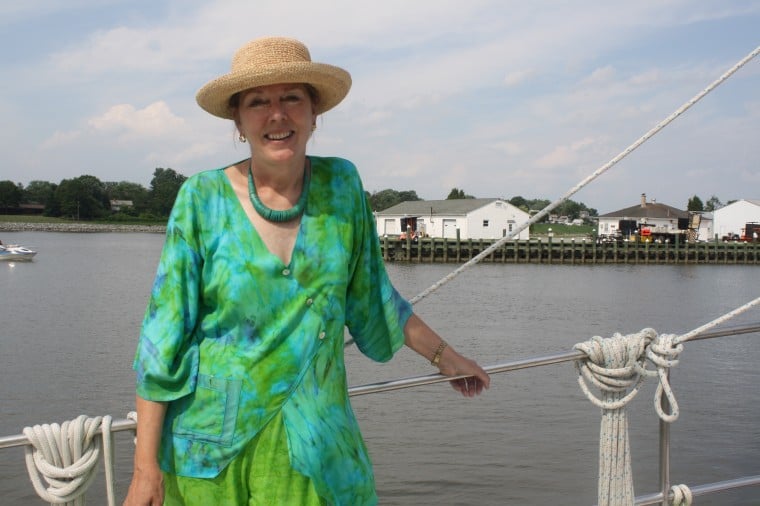 Author Normandie Fischer stopped in Chesapeake City to host a book launch party for her novel “Becalmed.” She is a former resident of Chestertown and Newark. 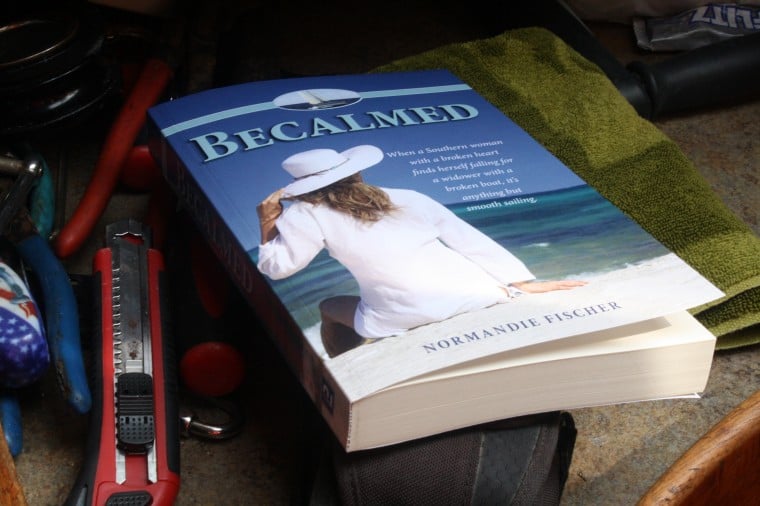 Normandie Fischer’s first book, “Becalmed,” is inspired by Fischer’s Aunt Sara and the town where Fischer grew up in North Carolina. 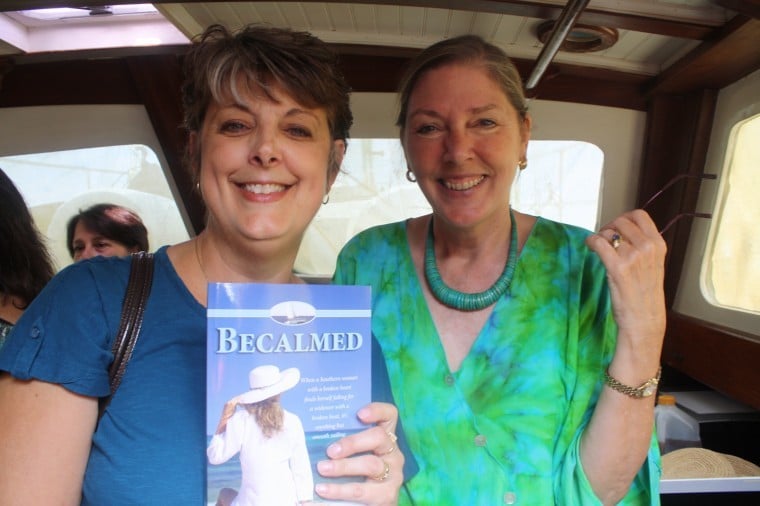 Normandie Fischer signed copies of her book and posed for photos with readers at a book launch party in Chesapeake City.

Author Normandie Fischer stopped in Chesapeake City to host a book launch party for her novel “Becalmed.” She is a former resident of Chestertown and Newark.

Normandie Fischer’s first book, “Becalmed,” is inspired by Fischer’s Aunt Sara and the town where Fischer grew up in North Carolina.

Normandie Fischer signed copies of her book and posed for photos with readers at a book launch party in Chesapeake City.

CHESAPEAKE CITY, Md. — What if – that’s the genesis behind Normandie Fischer’s writing.

“The book began as a what-if about my Aunt Sara’s life,” said Fischer, speaking about one of her first books, “Becalmed,” where she looks at the life of her spinster aunt and questions what might have been.

The author, a former resident of Newark, Del., was back in the area this summer for a yacht party book launch for “Becalmed” and to announce another book, “Sailing Out of Darkness,” is also on its way this summer. She docked the Sea Venture outside the Chesapeake Inn in Chesapeake City and entertained readers.

From July to November, Fischer, with her husband and mother in tow, is sailing from her hometown of Beaufort, N.C. to New York City and then down to Portsmouth, Va. The trip is a leisurely wind up and down the coast, and also takes her to New York in time for the birth of her granddaughter.

“It’s a fun way to go and I thought I’d have a boat party before I left Beaufort,” Fischer said.

And sailing is fun for Fischer. Both of her books have nautical themes and are sprinkled with sailing lingo.

“Sailing out of Darkness” follows a woman who flies to Italy to escape an affair gone wrong with her childhood bestfriend. Similarly, a man and a boat play a role in moving the story along.

But Fischer said neither of her books are romances. Others might call them that, but she won’t.

“I would call it just a good story. A slice of life story; a story taken from a certain time,” she said.

Fischer heavily draws on her own experiences in her works. She grew up in Beaufort, studied law in Washington, D.C. and sculpture in Italy. After being married once before and having children, she said she met her husband, also an avid sailor and the person she calls “the love of her life.”

Fischer said she has been writing “for forever” and also works as a freelance editor. She also writes about her personal life and sailing adventures on her blog, Writing on Board.

When it comes to giving advice to aspiring writers, she advises them to stay away from self-publishing. “They really shoot themselves in the foot if their work hasn’t gotten a lot of critique,” she said.

Fischer’s interest in writing came from reading. She adores Jane Austen and said she enjoyed reading recent work from Barbara Claypole White and Vanessa Diffenbaugh. Reading often helped Fischer develop an ear “that will hear the juxtaposition of words.”

Fischer said she hopes to continue writing, and already has plans to return readers to Beaufort. Right now, she is working on another book with some of the same characters from “Becalmed,” but set several years later.